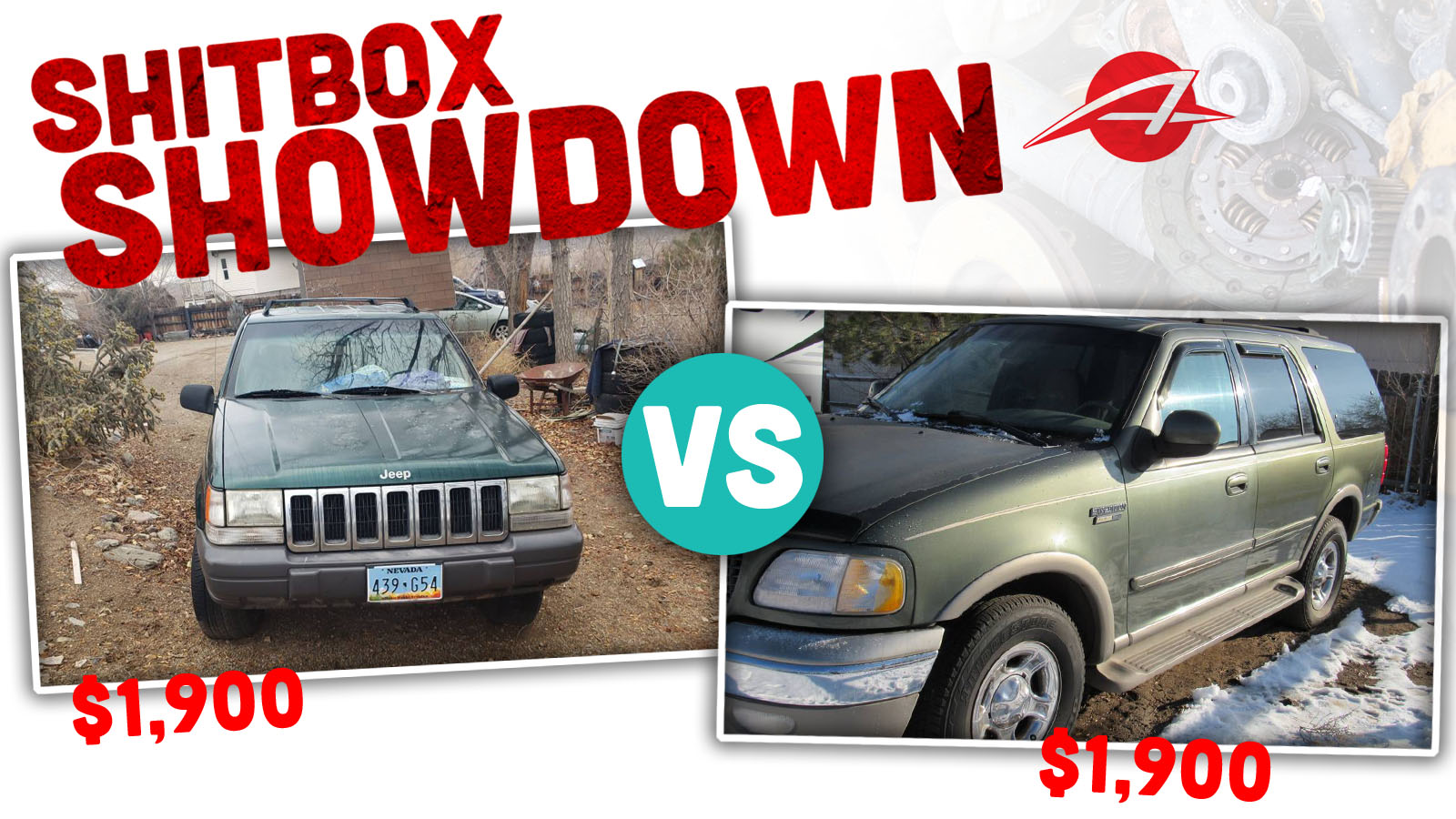 Good morning, and welcome back to Shitbox Showdown! Today we’re traveling to Reno, Nevada to look at a pair of green SUVs that won’t cost you a lot of greenbacks.

First, let’s see who you liked in Friday’s face off:

Looks like you chose cute over creepy, but not by a lot. I’m not sure which car is Travolta and which one is Cage in this analogy, but I do know they’re as far apart in size as those two actors were in that movie, and there isn’t a tow cable in the world strong enough to suspend my disbelief about that. For what it’s worth, I’d rather have the Corvette, after the seller drops the price a little.

All right, let’s move on. Today’s choices come from “That Nevada Town That Isn’t Vegas” or Reno, as the residents probably prefer you call it: home to casinos, silver mines, and a sheriff’s department of questionable effectiveness. Lovers of economy and efficiency look away; these are both gas-guzzlers. 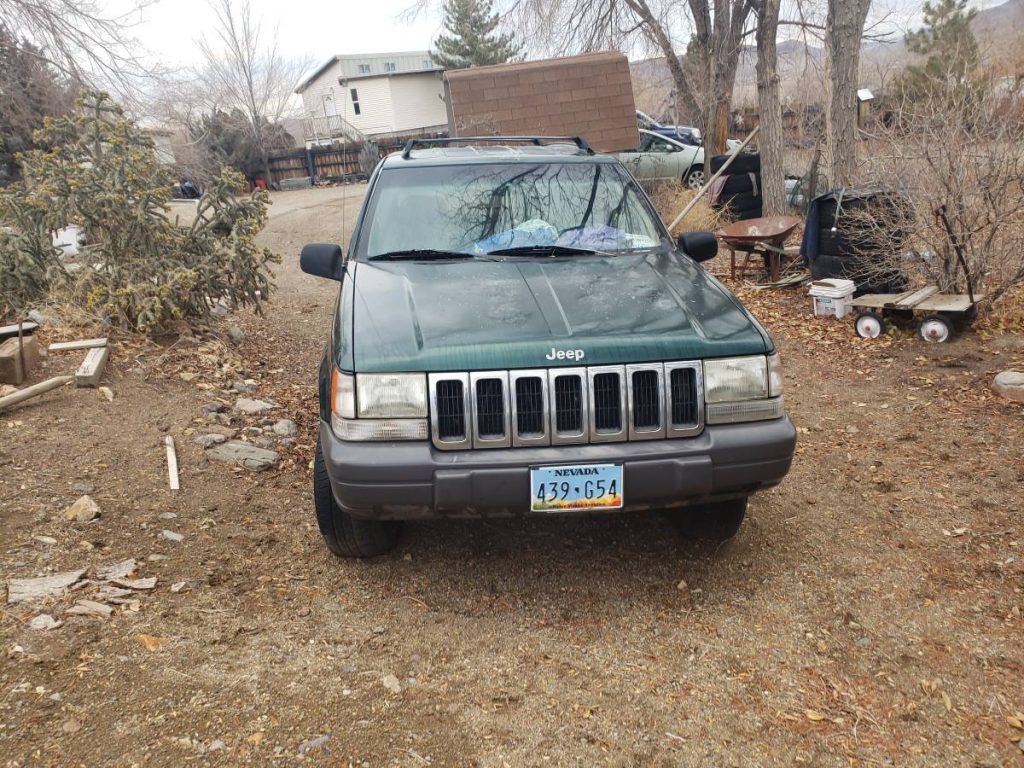 For some unknown reason, the seller of this vehicle has it listed as a “Jeep Liberty,” but we all know better. Anyone who has followed David’s exploits over the past few years will recognize this instantly as a first-generation Grand Cherokee  (also, it’s right there on the door), or ZJ in Jeep-speak. There’s nothing Holy Grail-like about this one, though; it is merely grail-shaped. 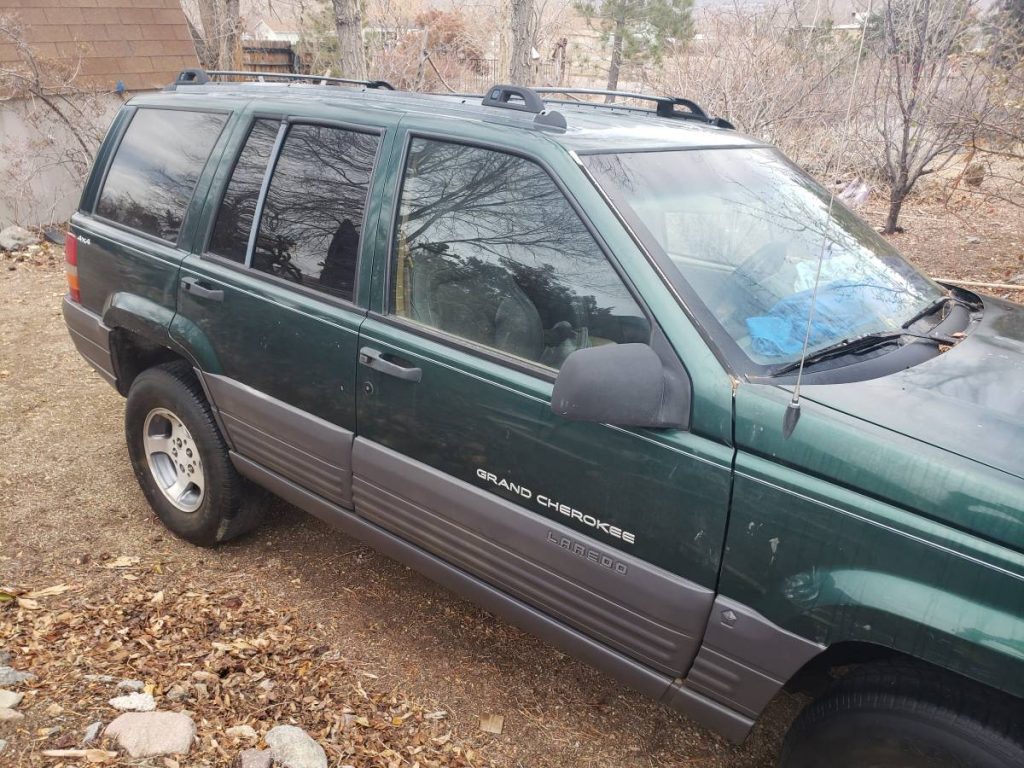 At least it has the correct engine – Jeep’s classic inline six – and it’s the correct color. Why does no one buy dark green cars any more? It’s a tragedy, and our roads are poorer for it. Anyway, this ZJ is in decent shape, and the seller says it runs well (and I must thank them for phrasing it that way, and not the more common, grating, and grammatically incorrect “runs good”). No mention is made of any specifics, so bring a mechanic friend along to check it out if you’re not handy yourself. 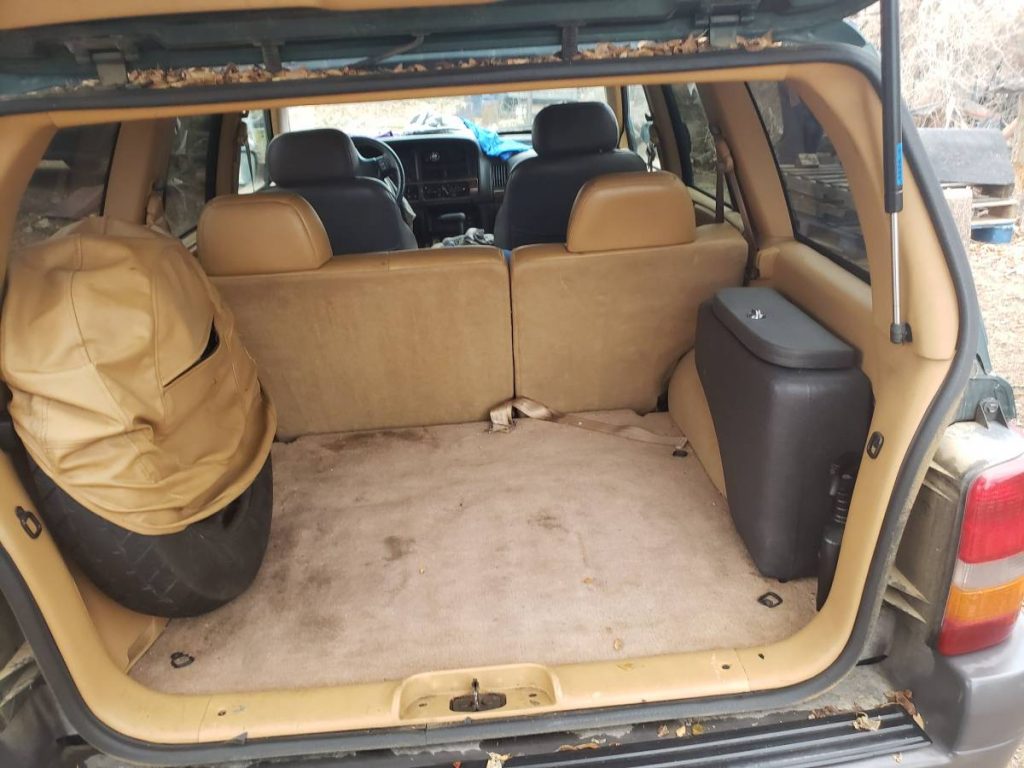 Like some of David’s Jeeps, this one appears to have started life as more than one vehicle, and been pieced together. The interior is in respectable shape, but it isn’t all one color. This doesn’t bother me any; I’d rather have mismatched but nice furniture than ripped-up seats hidden under covers. 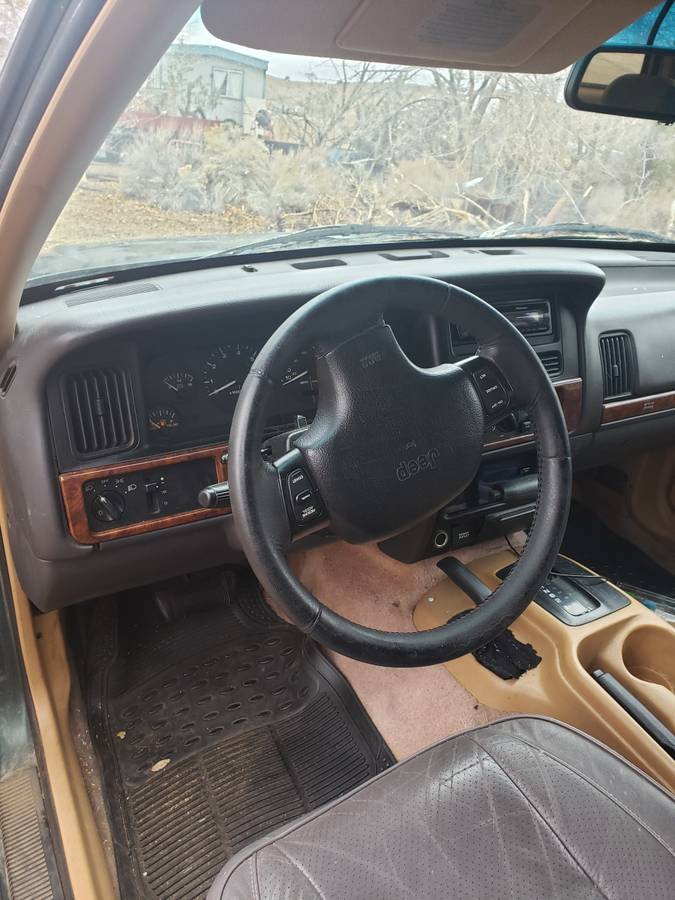 There is what appears to be a wad of electrical tape around the transfer case shift lever, and I think I know why. I’d bet that the trim/shift indicator is missing, but the light still works, and it was distracting them at night, so they just taped over the opening. My own Chevy truck had the same issue when I bought it, but I solved it by removing the light bulb. 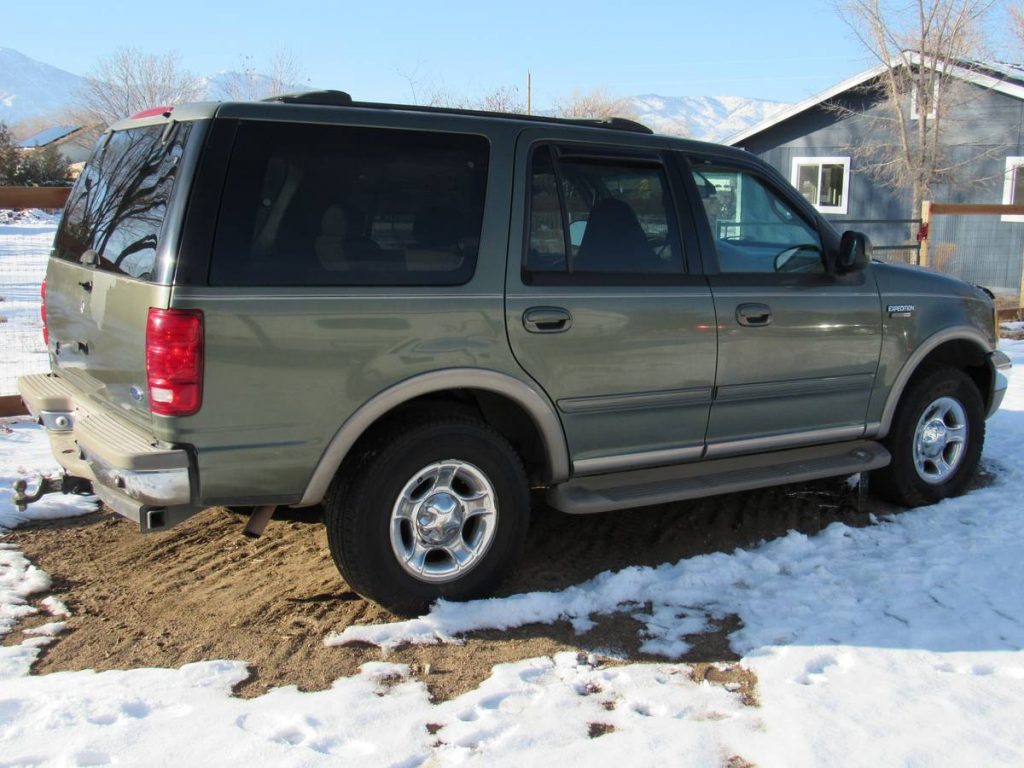 Yes, I know we just did an Expedition recently. But this one is an Eddie Bauer! (ooooooh…) The Eddie Bauer package, from what I understand, includes a bunch of extra luxury toys, comfy leather seats, and the all-important green-over-tan color scheme. Oh, and some badges, because how else would everyone know it’s an Eddie Bauer Edition? 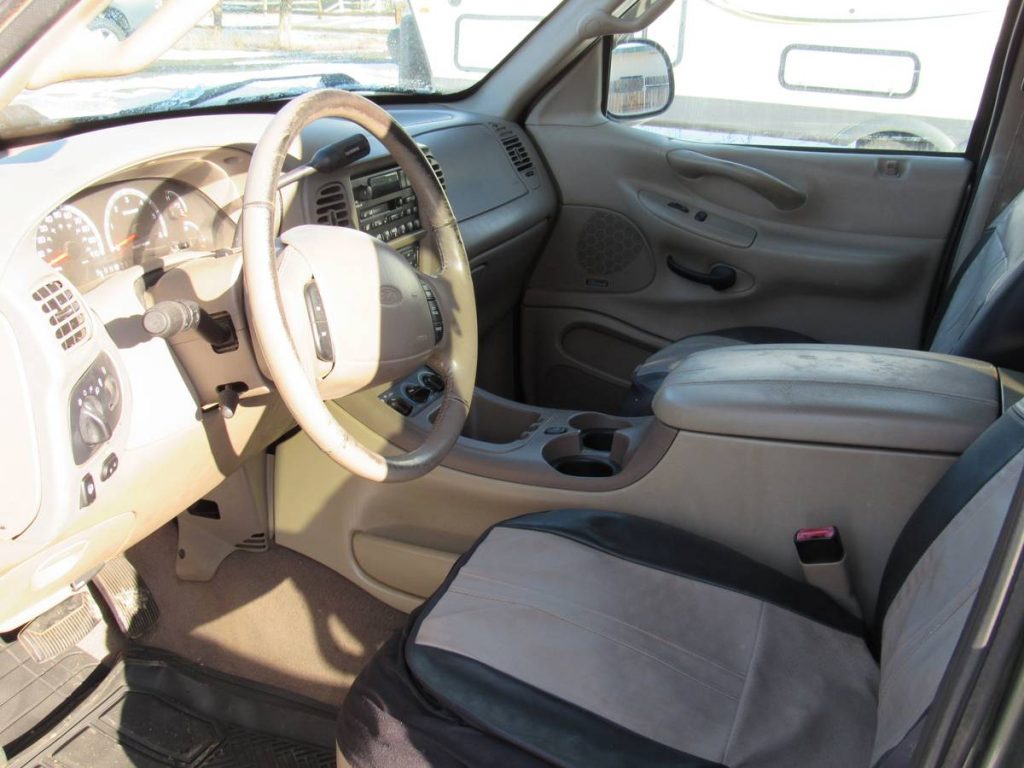 This Expedition wears seat covers over its leather chairs, and I doubt the covers came from Eddie Bauer (how many more times can I say “Eddie Bauer” in this?), unless they recently bought out Pep Boys. There is a slim possibility that the seats are immaculate under those covers because they’ve been on there since the truck was new, like your grandmother’s plastic-covered sofa, but I doubt it. The seller also says the third-row seat is missing entirely. 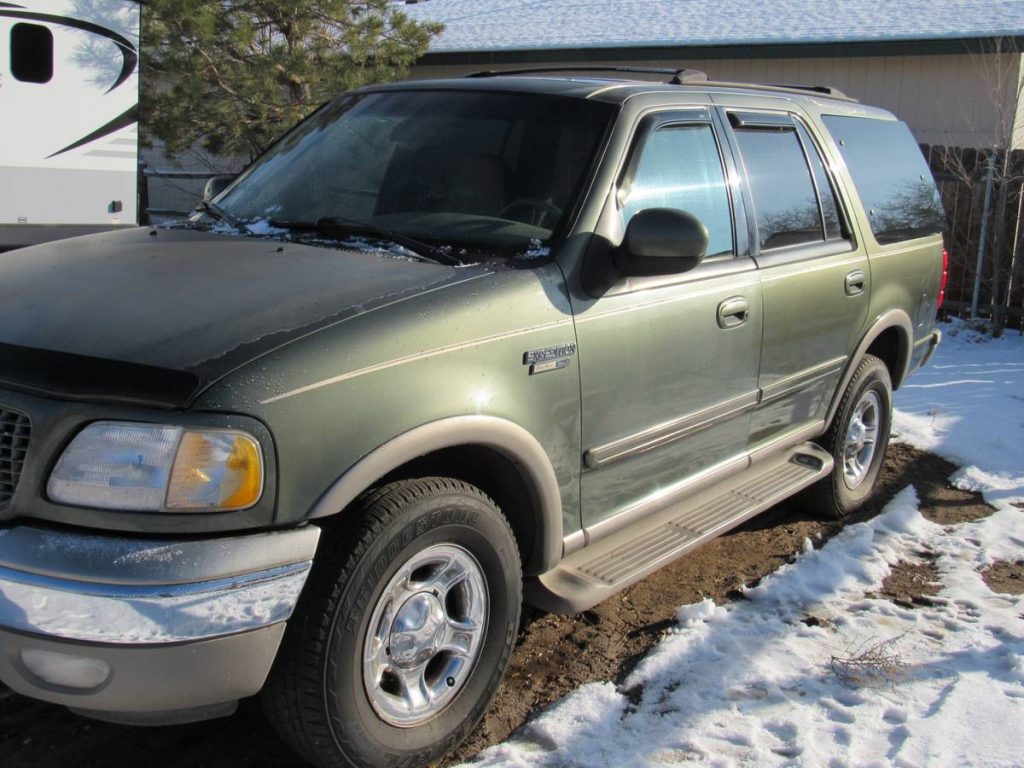 The seller says they took this car in trade, and as such, don’t know much about it other than that it runs well. “Not everything works,” they say, “but the essentials do.” So you’ve probably got some electrical gremlins to banish. Maybe you can ask Eddie Bauer to help? 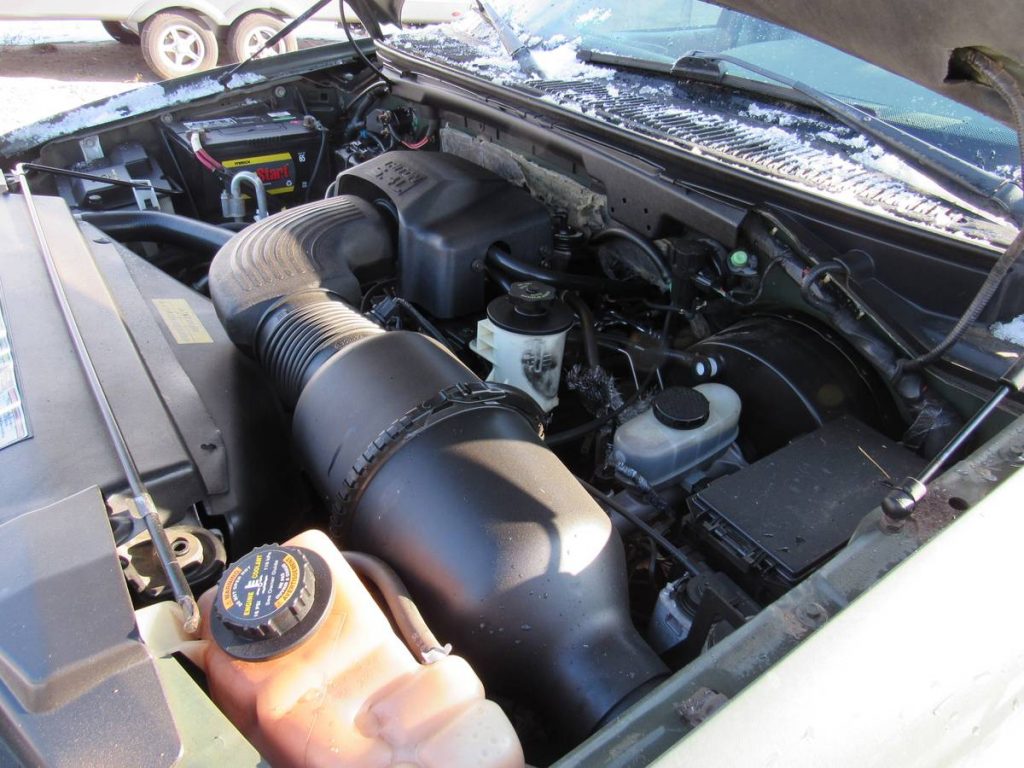 Powering this brute is Ford’s 5.4 liter Triton V8, and I believe this is the earlier version that prefers to keep its spark plugs attached to its heads. It’s backed by a four-speed automatic and an electronically-controlled transfer case that shifts with the turn of a little plastic knob on the dash. Not as satisfying as yanking a lever on the floor to get 4WD, but it works. At least, I assume it does.

So that’s the 411 on our Reno SUVs: One “non-Grail” Jeep, and one big designer-label Ford. What’s your pleasure?