Good morning, Autopians, and happy Friday! Today we’re mixing it up and cross-shopping two cars that no one in their right mind would ever compare. Conveniently, I’ve been told by quite a number of people that I’m not in my right mind, so that works out well. First, however, let’s go back to yesterday’s garden of air-cooled delights:

Oof. Sorry, Porsche fans, but the consensus is that the 914 is just too much work to bring back, jackstand collection or no. Besides, Sixties vans are just too cool to ignore.

Right then: Today we have a faded American icon, and a cheeky Japanese import. What do they have in common? Four wheels, two doors, and… well, that’s about it, really. But hey, I’ve seen marriages work with less. Let’s dig in, and see if we can find some more common ground. 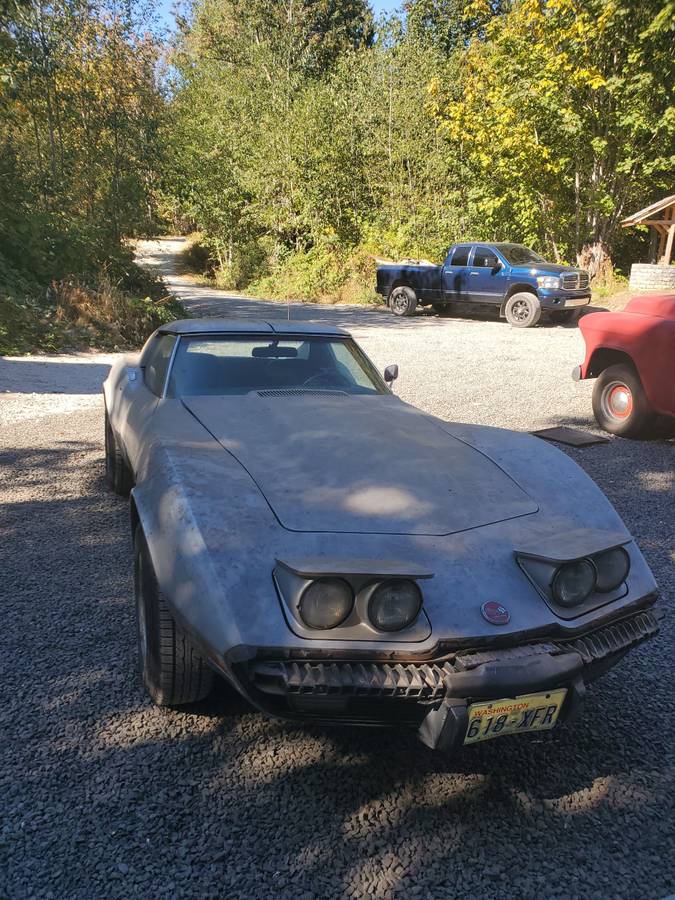 In 1974, to meet new Federal bumper standards, Chevy replaced the Corvette’s svelte chrome bumpers with a giant soft piece of rubber over an impact-absorbing structure. Purists howled in protest, but really, the Vette wore its five-mile-per-hour bumpers better than a lot of other cars. Apparently, however, when the rubber cover deteriorates, the remaining face is the stuff of nightmares. Just look at that image above; it’s easily one of the most disturbing visages I’ve ever seen on a car. 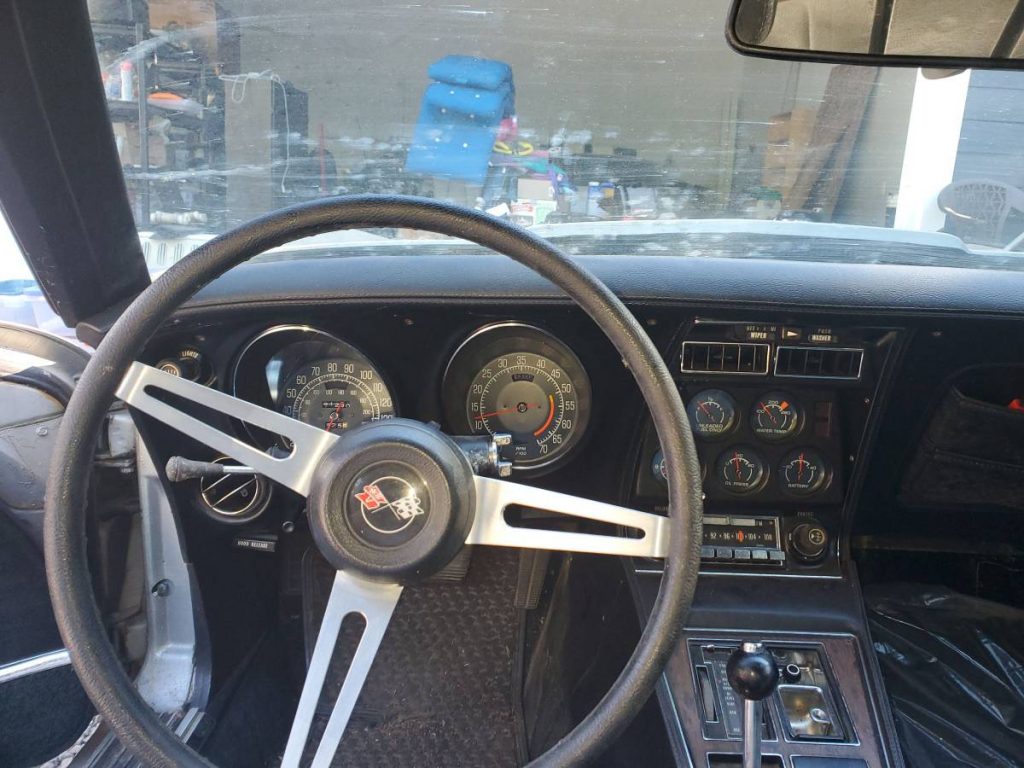 This is a much better view of this classic Corvette, and you can enjoy it right away, because according to the seller, it runs like a top. Its 350 V8 was rebuilt in 2008 and has barely been driven since. Hopefully it has had enough exercise to keep its juices flowing, otherwise some rubber parts beyond the bumpers might need replacing. 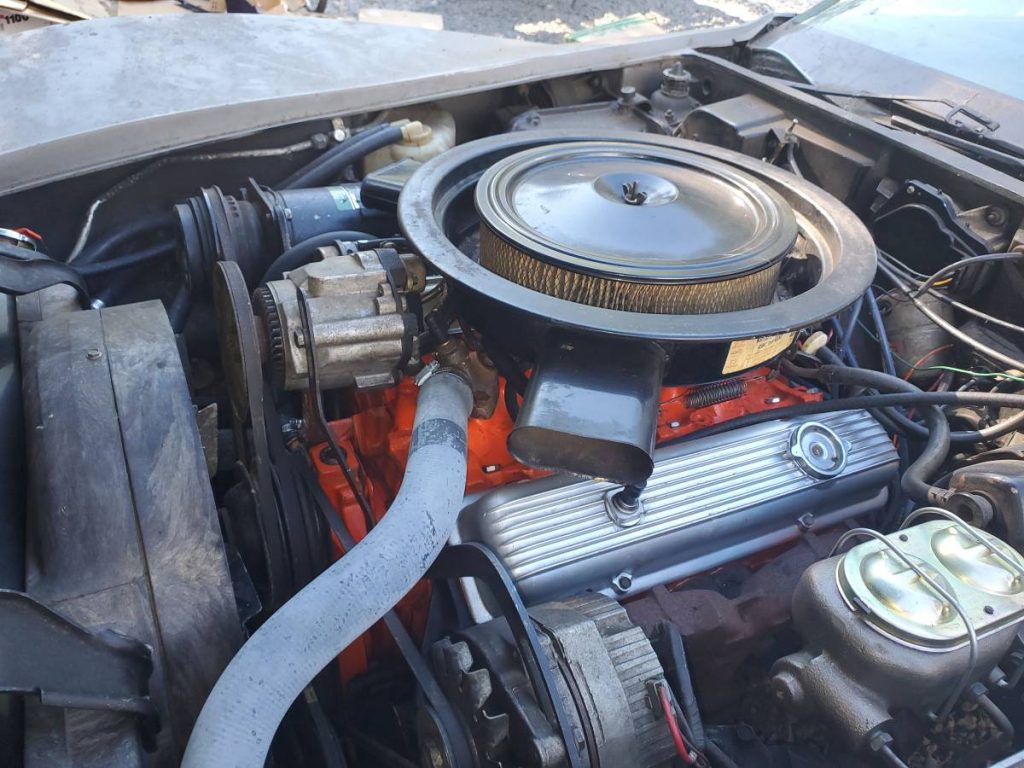 The car is filthy in the photos, but I think it’s actually in better shape than it first appears. Mechanically it seems to be top-notch, and there doesn’t appear to be any body damage beyond the disintegrated bumpers, and the interior looks quite nice. Mid-year C3s aren’t the most desirable of Corvettes to collectors, but that keeps them affordable. And this one, just before catalytic converters, still has a bit of power behind it. 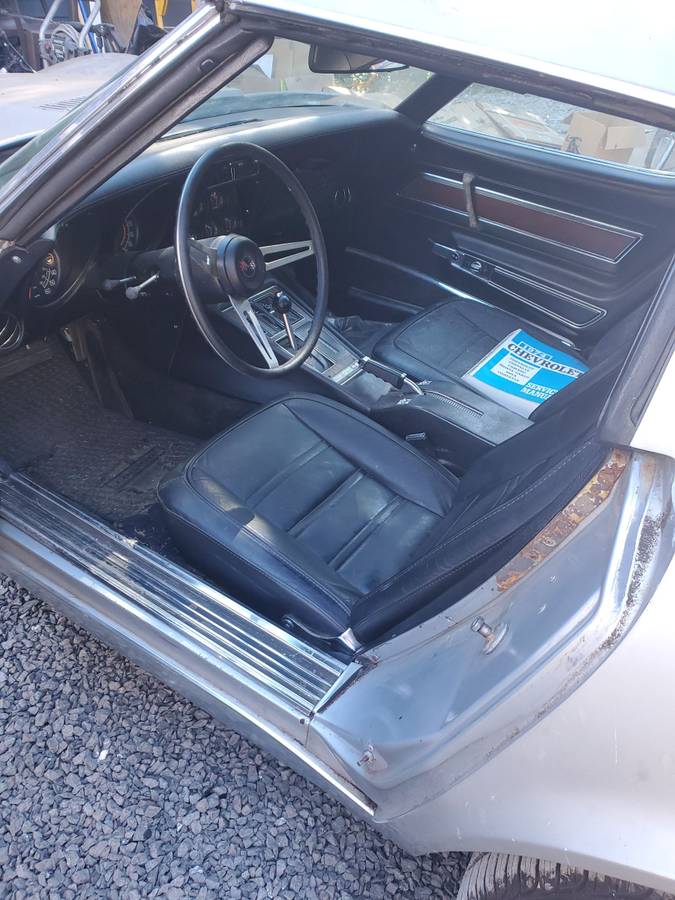 Now the question is: Do you do something about that scary face, or leave it as-is as a conversation starter? 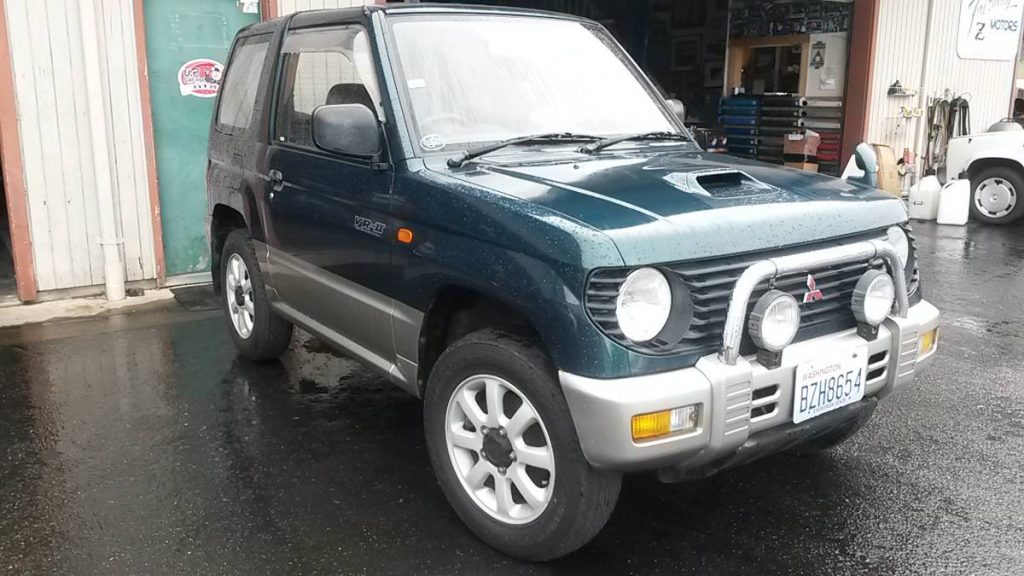 Yes, the Autopian obsession with all things kei continues. Japan’s low-tax microcar classification has yielded some real gems that never officially reached the US. They’re really too small for US roads, and they’re noisy and harsh at higher speeds, but they’re just so damn cute that we overlook that. And they don’t get much cuter than the Mitsubishi Pajero Mini. Just look at that little bull-bar with the driving lights in it! And the little hood scoop! 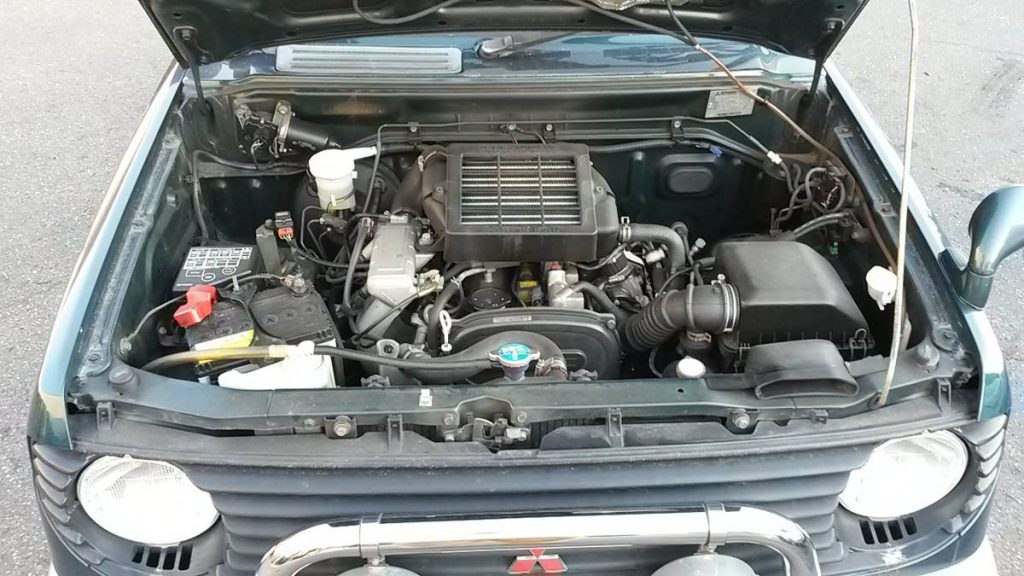 Under that scoop is quite a serious little engine. Kei car engines are limited to 660 cubic centimeters and 63 “official” horsepower [Editor’s Note: Sometimes it’s listed as 64 hp? – JT] , but within those limitations, there is a lot of freedom. The Pajero Mini’s four-cylinder engine features five valves per cylinder, a turbocharger, and an intercooler (hence the hood scoop) to provide the power to all four wheels through a five-speed stick. The Pajero Mini has a dual-range transfer case as well, giving it at least a possibility of going off-road. 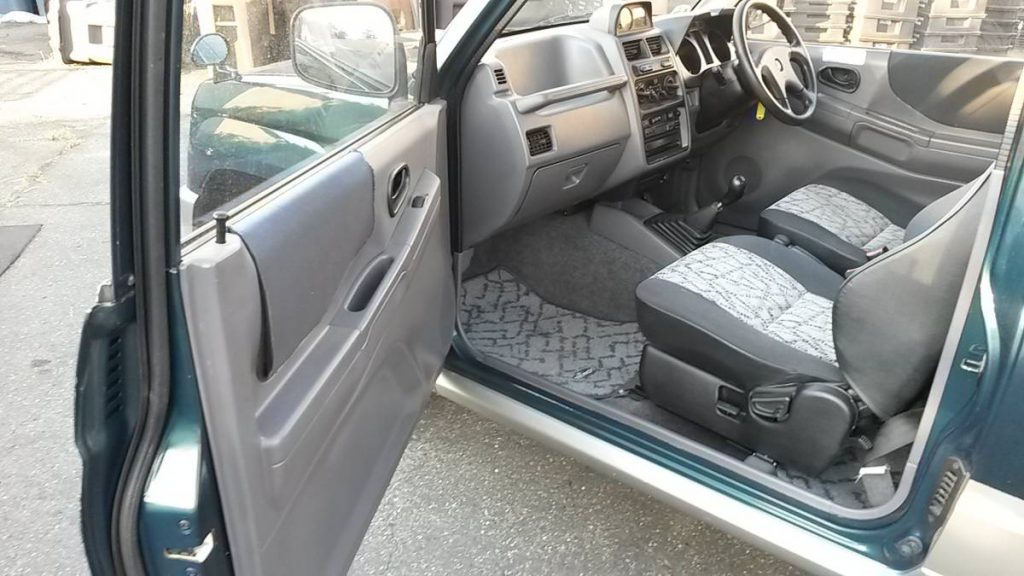 The seller says they have used this tiny SUV for commuting, and it does fine, although it’s “a bit frantic” on the highway. It needs new tires, and the door panels are de-laminating, but otherwise it’s in fine shape. Parts for an oddball import like this might be hard to come by, but if you use it as a weekend toy instead of a daily commuter, it shouldn’t need much. 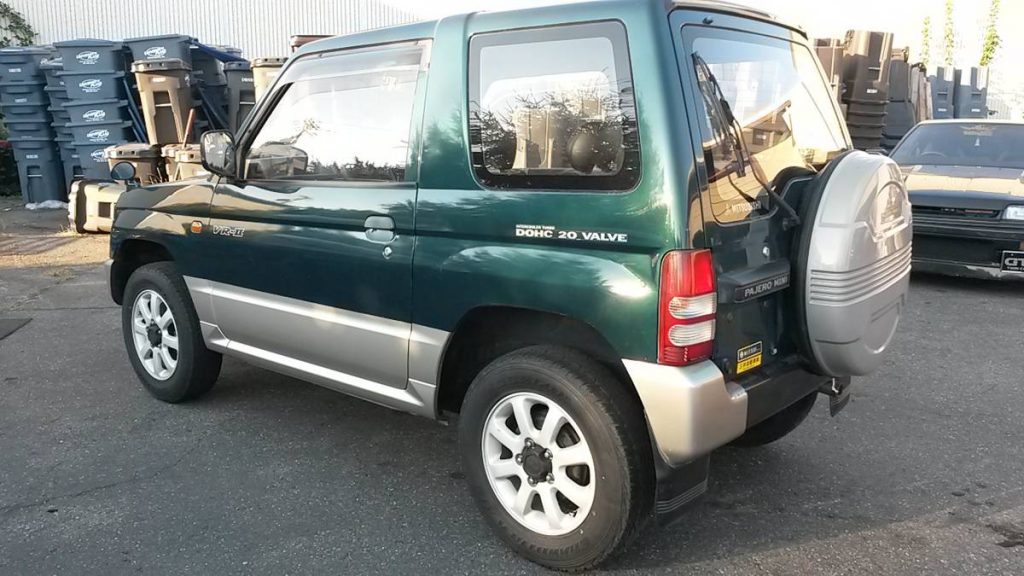 With so few miles (sorry, kilometers) on it, this little off-roader should last quite a while yet, as long as you can avoid becoming a hood ornament on some inattentive bro-dozer.

Okay, so this is an apples-and-oranges comparison. But they’re both running and driving, they’re both around the same price, and I think they’re both cool. So there we are. Which one strikes your fancy on this Friday morning?

Pacific Northwest-based self-taught DIYer of all the things. Current fleet: 1971 MGB GT, 1989 Chevy K1500, 2013 Chrysler 300C, 2003 Infiniti QX4, and 1966 Aristocrat Land Commander trailer. Not to mention about 40 RC cars and around 100 model kits...
Read All My Posts »
PrevPreviousHumans Don’t Get Necks But Animals Do: Cold Start
NextGM Admits The Cadillac Lyriq EV Isn’t Where It Needs To Be YetNext