Good morning, and welcome back to Shitbox Showdown! Today’s vehicles are one-hundred-percent guaranteed to never give you a lick of trouble with water pumps, thermostats, or radiators.

Yesterday was all about passing on the deep knowledge of the ancients. Opinions varied on the best way to do this, and which tool to use for it:

Fairly even split, actually. I think it comes down to where you plan to teach the kid to drive. If you’re in a city, then a small car is probably the better choice. But if you’ve got the room to maneuver it, I still think a big dumb truck is the preferred implement.

Today, there’s no scenario or use-case, just a couple of derelict cars with horizontally-opposed air-cooled engines. Neither one is a common sight, and both need quite a bit of love before they’re ready for prime-time. Let’s see which one you’re more willing to resurrect. 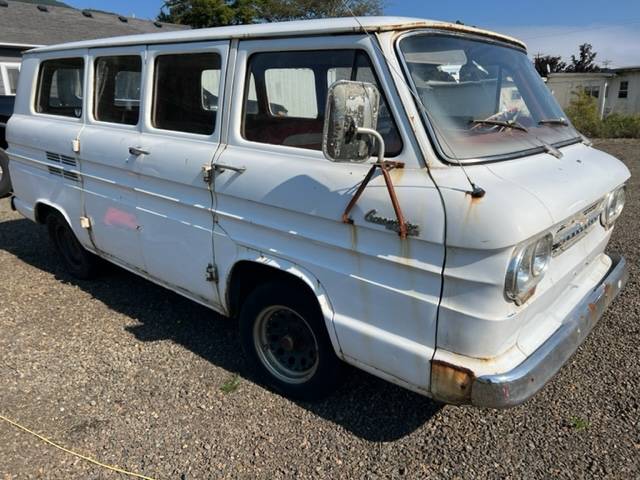 Runs/drives? Turns over but won’t start

In 1961, General Motors took a page out of Volkswagen’s playbook and developed a light truck based on an air-cooled rear-engine passenger car. The Corvair 95 line of trucks and vans – named for their 95-inch wheelbase – included a panel van, two pickup trucks (standard and “Rampside,” with a tailgate-like opening on the passenger side between the wheels), and a passenger van, called the Greenbrier. 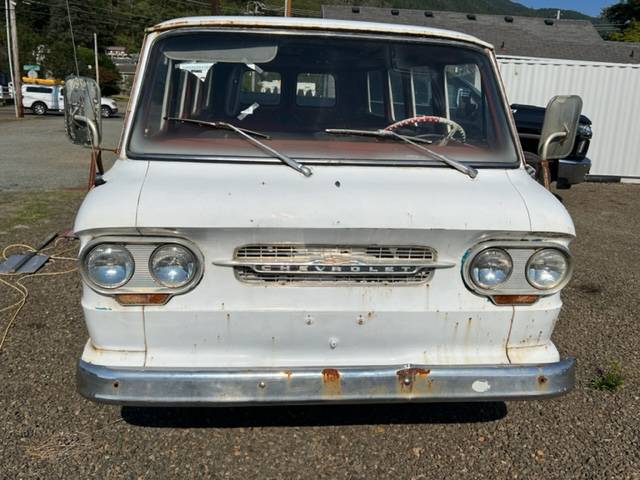 Like in the Volkswagen vans, the Greenbrier’s driver sits atop the front axle, and the engine hangs out behind the rear axle, which allows all the space between the axles to be used for cargo or passengers. It’s a clever design, as long as you don’t care about crash safety. The Greenbrier is powered by the same flat-six as other Corvairs, in this case attached to a manual gearbox. The vans were available with a four-speed, but most were three-speeds, as I assume this one is. 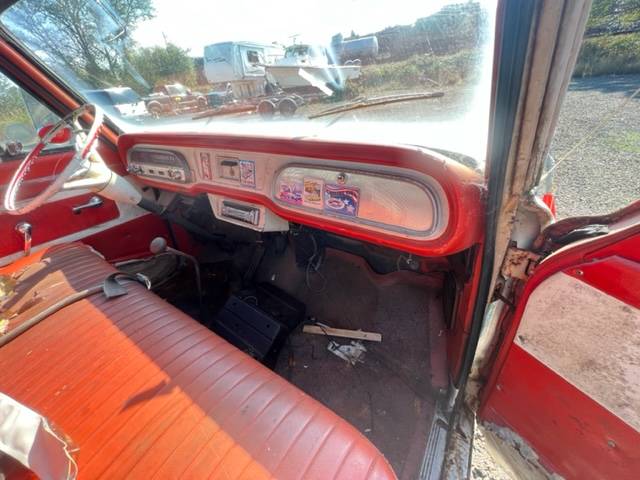 Corvairs are popular enough that restoration parts are around, but some van-specific stuff might be hard to come by. Luckily, this one looks fairly intact, if a bit rough. It will need some bodywork and rust repair, but nothing major. Hell, you could even leave it as-is if you wanted to, and just throw a blanket over the bench seat. This van doesn’t run, but the seller says the engine turns over fine. You could probably get it going again without too much work. 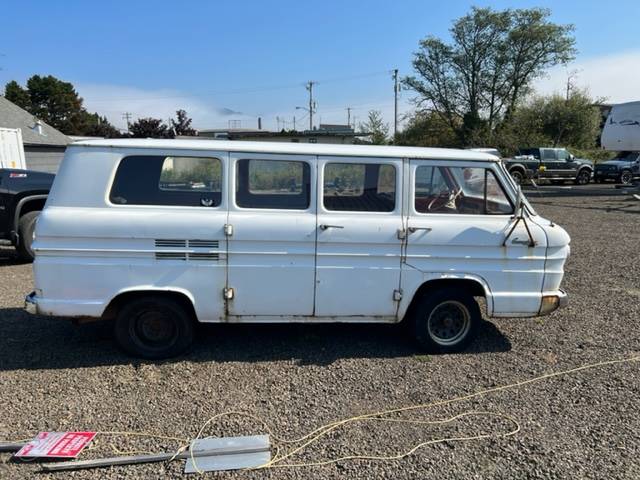 Oh, and they’re willing to deliver it to you for a little extra. Just in case you can’t get your hands on a trailer or dolly. 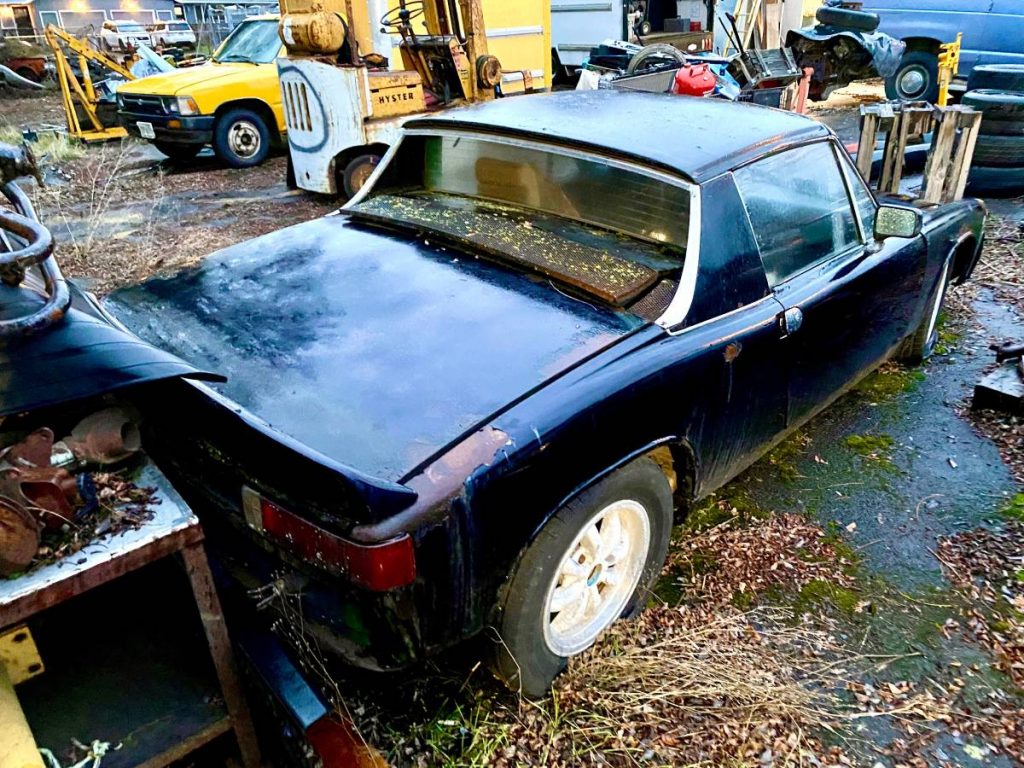 Runs/drives? Nope, engine is out

Air-cooled Porsche values have gone off the rails in recent years. Yeah, they’re cool cars, but some of the selling prices are just plain silly. Even the four-cylinder 912 models have gotten stupidly expensive. So it only makes sense that the formerly-derided 914 would now be starting to garner some attention. However, you can still find junky ones for reasonable prices. 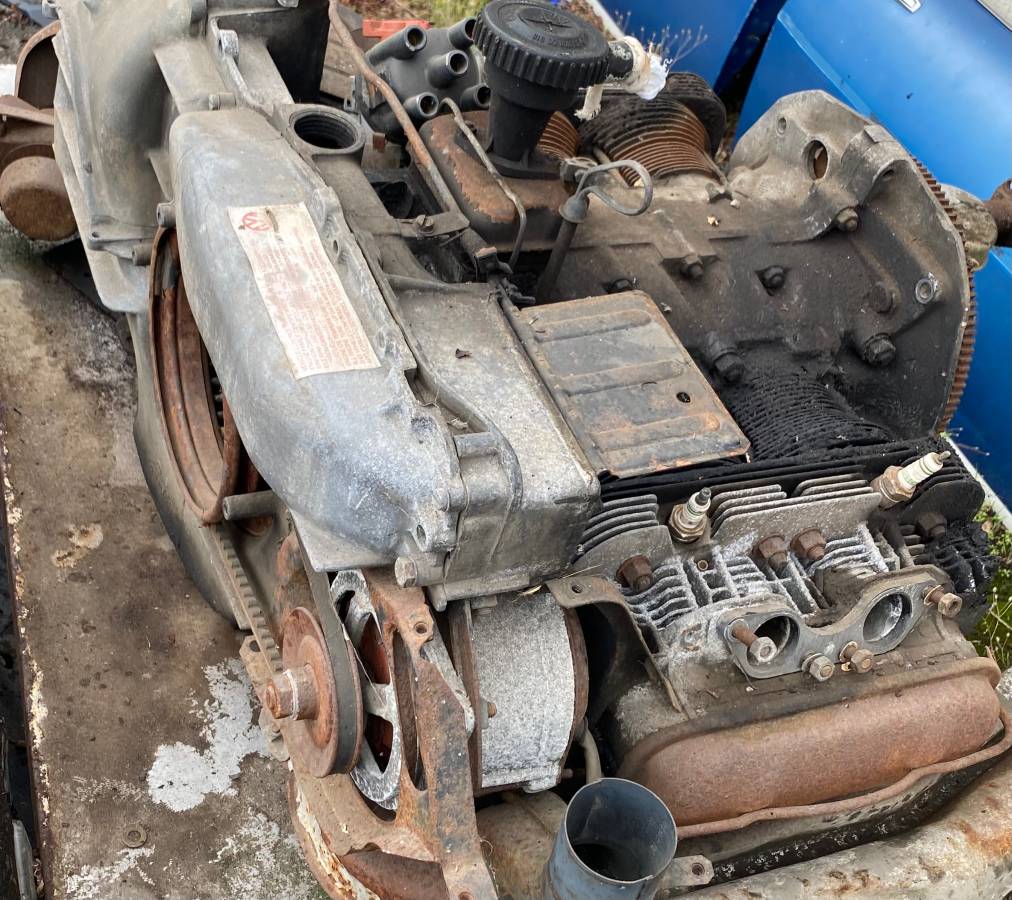 This 914 is a lowly 1.8 liter model, with a fuel-injected engine that makes only 84 horsepower. Or it did, before it was removed and partially disassembled. No indication is given about the engine’s condition, but the suggestions of a V8 or electric conversion aren’t encouraging, nor is the photo of it just sitting around outside. 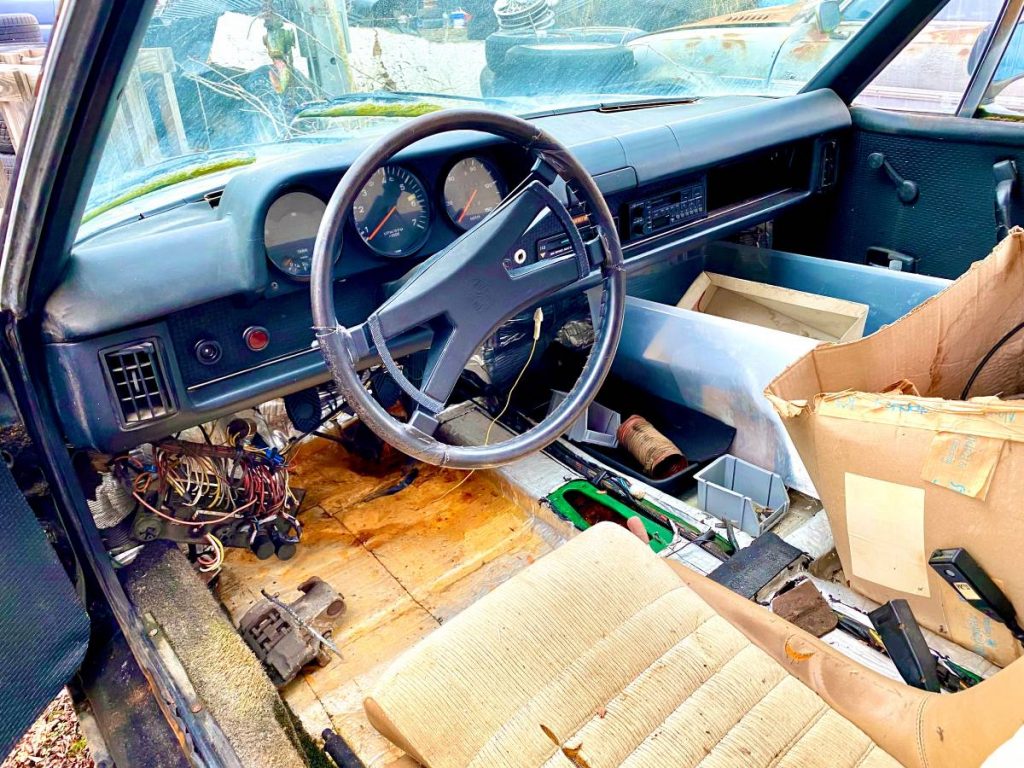 Inside, it’s a mess, but at least it looks dry. Cars stored outside in Oregon can get downright nasty inside if water gets in, so the lack of mold and mildew in this Porsche is a good sign. Outside, it has been repainted in black at some point (it was originally green), but now the paint is in poor shape and there is some surface rust to contend with. It does have some cool aftermarket wheels on it, and it appears to have been guarded by a small army of colorful jackstands, for whatever that’s worth. 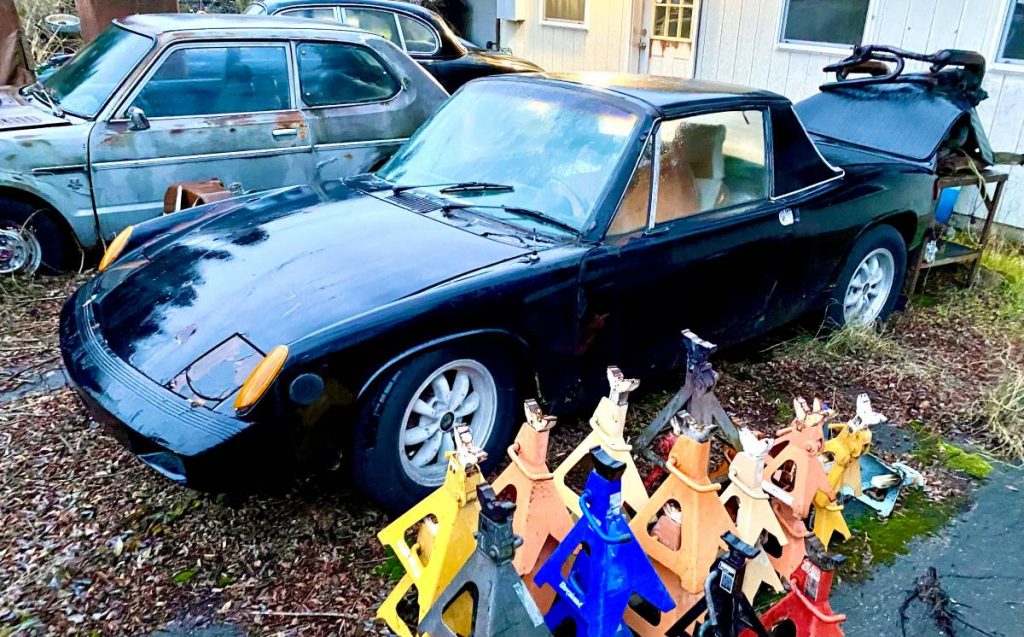 Is this old Porsche worth fixing up? I guess that depends how high 914 prices go, or how badly you want one. They’re cool little cars – when they’re intact and running.

So that’s what I’ve got for you today: Two very different vehicles with similar, and largely obsolete, engine types. Which one deserves a second life?

Pacific Northwest-based self-taught DIYer of all the things. Current fleet: 1971 MGB GT, 1989 Chevy K1500, 2013 Chrysler 300C, 2003 Infiniti QX4, and 1966 Aristocrat Land Commander trailer. Not to mention about 40 RC cars and around 100 model kits...
Read All My Posts »
PrevPreviousMachine Translating Isn’t Always Great: Cold Start
NextHow Much Of Your Car Data Are You Willing To Give To Google?Next