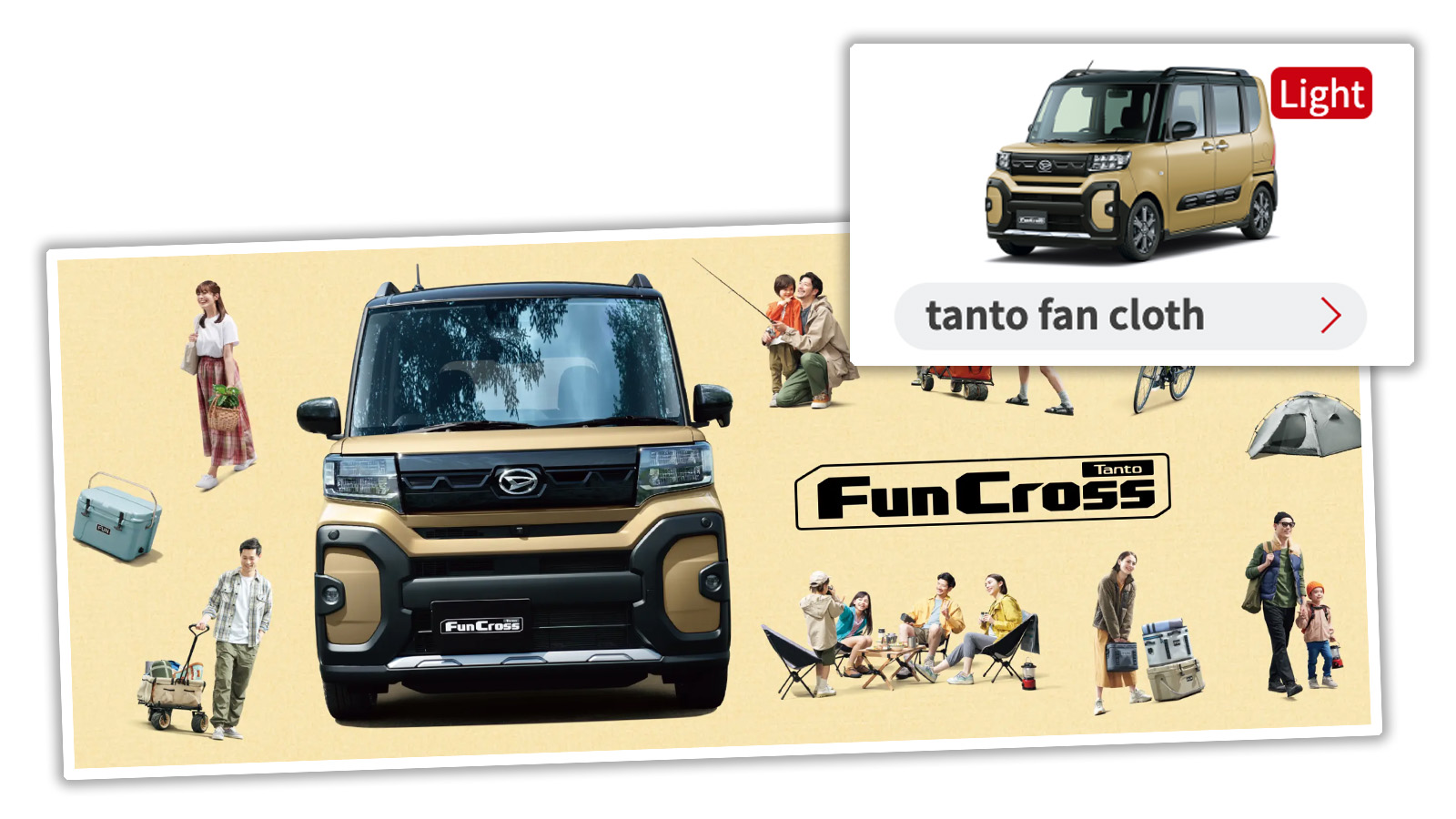 When was the last time you checked out Daihatsu Japan’s site? I like to do this every few weeks or so, just to check in and feel good, because I think Daihatsu consistently has one of the most charming and interesting lineup of cars in the modern carsyoucanbuyintheworldscape. I don’t speak Japanese, sadly, because I’m an absolute idiot when it comes to learning new languages, and if you don’t believe me, I can prove it with my D grade in college French, ne suis-je pas des gonades de belette? So, like many of us, I rely on my computer-machine to translate for me, but, as you can see up there, it’s not always so hot at it.

Fan Cloth? For Fun Cross? Really? The hell is fan cloth, anyway? The muslin or batskin or whatever they use to make folding fans? Or is it textiles for enthusiasts of things? Fan cloth. Pfft.

I can’t stay mad, because Daihatsu’s lineup is just too damn good. I mean, look at some of these cars they sell: 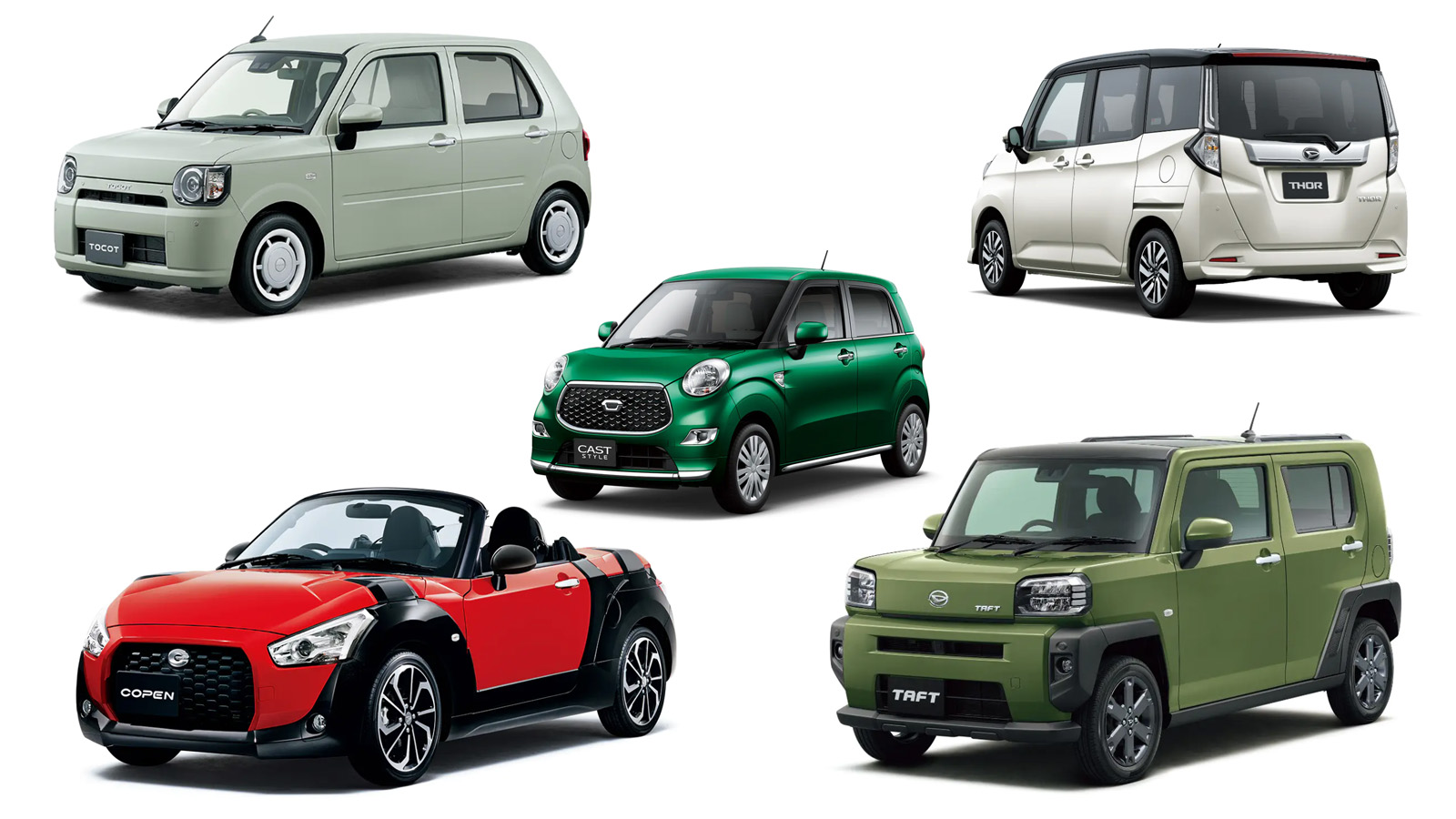 I like everything here! Sure, they’re all tiny Kei class cars, but look at the variety they manage to get in those restrictive size parameters! The rugged Taft, the sporty Copen, the spacious Thor, the retro Cast, the daringly clean Tocot! All unique looks and character, all interesting!

Plus, these are not expensive; look at the amazing Canbus, a car named seemingly for a modern car’s internal computer network but looks like the modernized VW Microbus Volkswagen should have been building and selling decades ago: 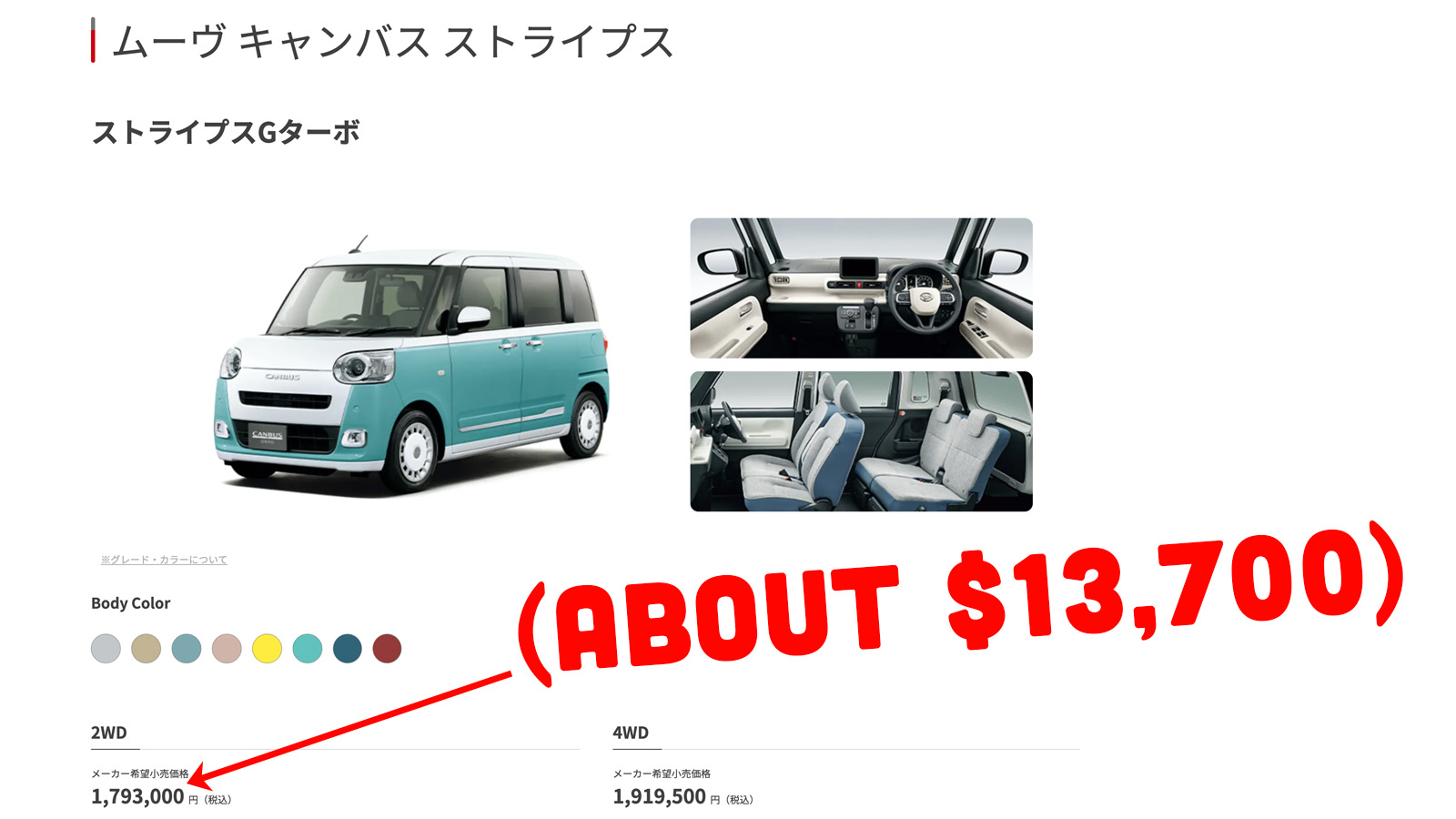 It’s under $14,000! What else can you find on the market for that cheap with this much character and flexibility? In America right now, I think the cheapest car you can get is a Nissan Versa at $15,730, and it’s as uninspiring and boring as a ham sandwich, except there’s no ham, just a small bit of cardboard with “HAM” scrawled on it in Sharpie. There is a little bit of Miracle Whip on it, though. Except, upon tasting, you realize it’s actually Cool Whip. The old bait-and-whip! Dammit!

Anyway, Daihatsu, invite me to one of your car launches, because I’m into this shit.

I'm a co-founder of the Autopian, the site you're on RIGHT NOW! I'm here to talk to you about taillights until you cry and beg me to stop, which I absolutely will not. Sorry. Hug? Also, David's friend.
Read All My Posts »
PrevPreviousLearning A New Language From A Vintage Bubble Car: Comment Of The Day
NextAir-Cooled Fixer-Uppers: 1964 Corvair Van vs 1975 Porsche 914Next