See the lovely lady in that picture up there? The one leaning on the car designed by heirs to a bobby pin fortune, the Gaylord Gladiator? I’ve been told by our editor-in-chief, my co-founder of this website, my pickup truck donator, friend, and grammar bully David Rustworth Tracy that the woman in that picture there, a picture taken around 1955, is his “dream girl.” If anyone knows just who this likely now-octogenarian woman is, please reach out. 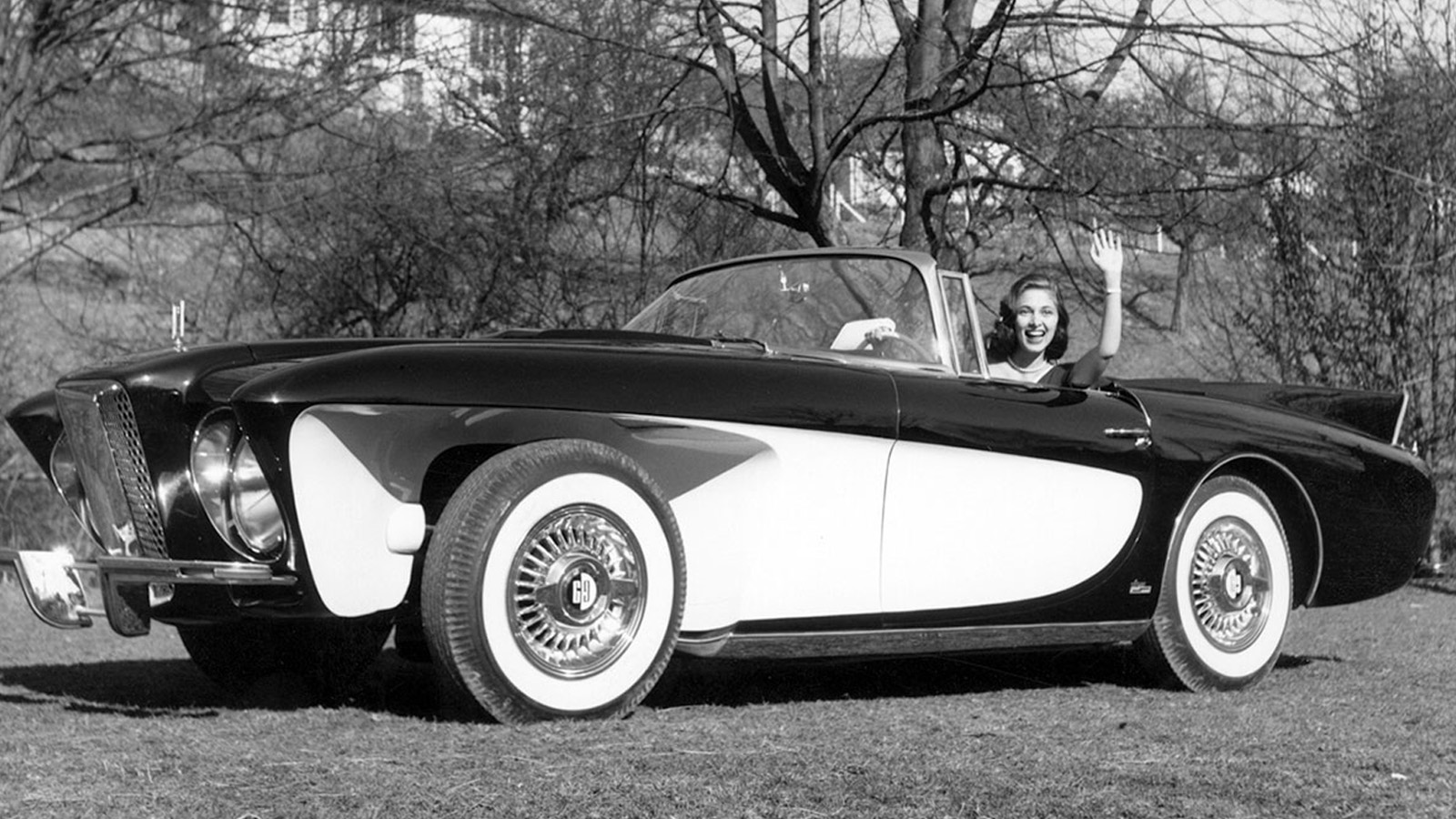 There she is again, waving charmingly from behind the wheel of that striking and strange car, one that David himself wrote about in a lot of detail last year, but so far we’ve not been able to identifiy her.

I think we may be able to guess the rough time and place of the photograph, though; the Gaylord Gladiator’s Brooks Stevens-designed neoclassical body was built by the coachbuilder Spohn of Germany. The first version had those massive tri-bar Lucas P-100 headlights, and those only appeared on the first two prototypes built (five chassis were eventually built, and three got bodies). Later cars – well, car, singular – had less exuberently-sized quad headlights.

So, this is one of the first prototypes made, likely the first, so that’d put the picture at 1955, and the location could be either Germany, where it was built, but perhaps also somewhere around Paris, where it was shown at the Paris Auto Show. 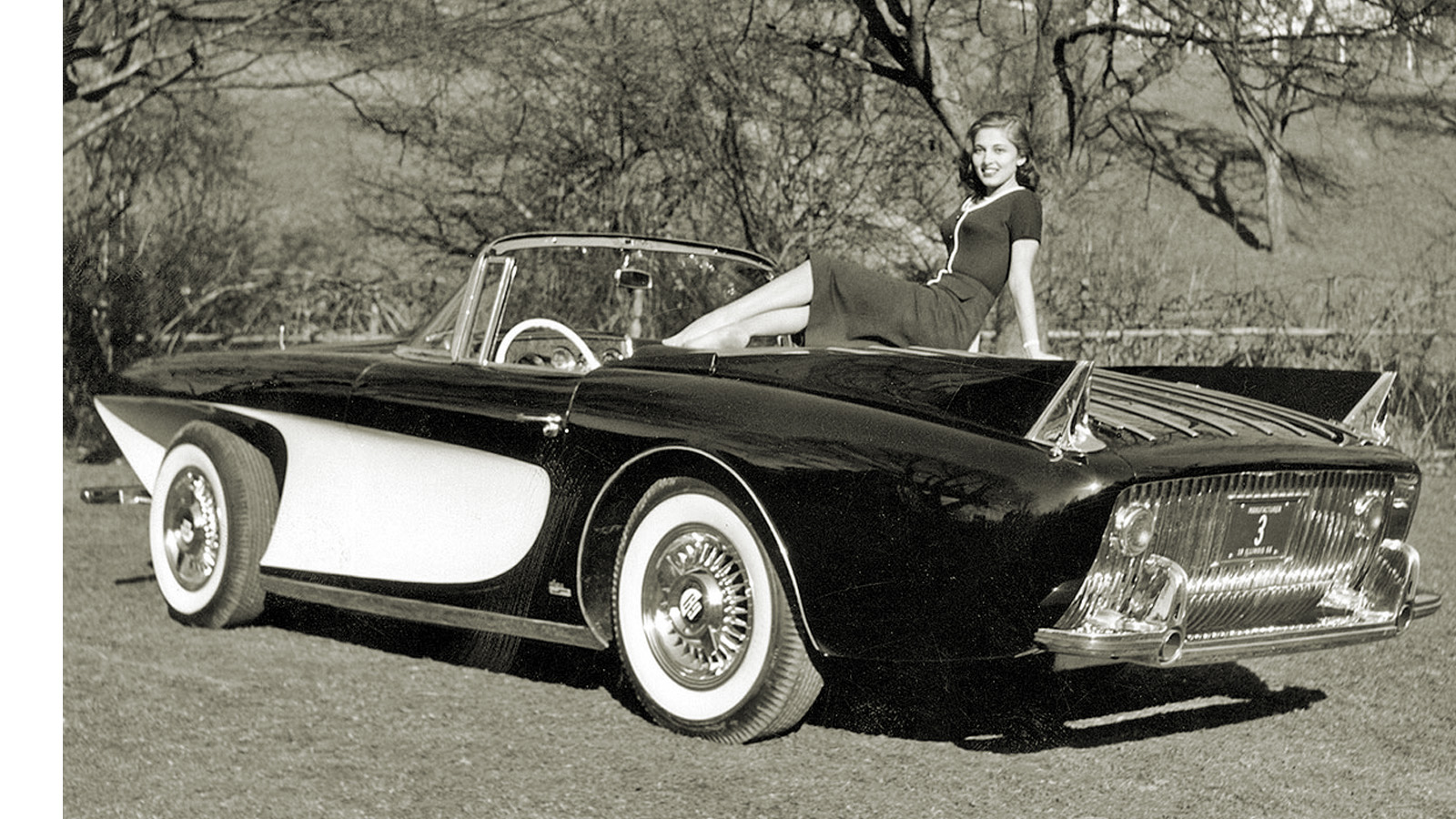 I think she’s French, personally, but I can’t really prove that, or anything. Something about the dress and general fashion sense feels more Parisienne than Teutonic.

The whole point of this post is to get David in a good mood for the day and put the word out to anyone that might recognize the woman in those pictures there that David would like to meet your grandmother, if that’s her.

If it’s her, I’m just about positive he’d love to take her to dinner, at least. Even if it’s at 4:30 in the afternoon and he has to put her walker in the back of his Jeep.

I'm a co-founder of the Autopian, the site you're on RIGHT NOW! I'm here to talk to you about taillights until you cry and beg me to stop, which I absolutely will not. Sorry. Hug? Also, David's friend.
Read All My Posts »
PrevPreviousThe Adorable ‘Combo Cruiser’ Is A Camper That’s Also A Boat And Built Entirely By Women
NextItalian-American Droptops: 1992 Cadillac Allanté vs 1989 Chrysler TC by MaseratiNext