So, this is a bit of an experiment. I was excitedly bragging to my wife, Sally, driver of the money-incinerating machine that you can ride in and looks like a VW Tiguan,  about our traffic numbers recently, and how our percentage of women readers is greater than I’ve ever seen on a car site. That’s fantastic, because cars are for everyone, and we take that seriously. This got her thinking, and she decided to have some fun and celebrate our female-identifying readership, or, really, however you identify, as long as you like painted nails. That’s because she came up with a palette of automotive-inspired nail colors, and was wondering if, maybe, these existed as a thing in reality – Autopian curated car-inspired nail varnish sets – would people be interested in them?

The palette she picked has five car-inspired colors:

Yellow Beetle: Based on my own 1973 Beetle! VW called the color Texas Yellow, and it’s just a great, bright, friendly, plucky yellow.

Angelyne: An unashamed, confident pink, based on LA’s famous, enigmatic Angelyne, a woman famous for being on billboards and driving her pink Corvette around LA, and that’s about it

BRG: British Racing Green! The color of all those Jaguars and Bentleys fast enough to escape the clutches of Lucas, the Prince of Darkness

Pao Pow: Okay, so I got two of my cars in here. This one is based on my 1990 Nissan Pao, but the retro quality of this aqua-like color stands in for so many wonderful midcentury cars. 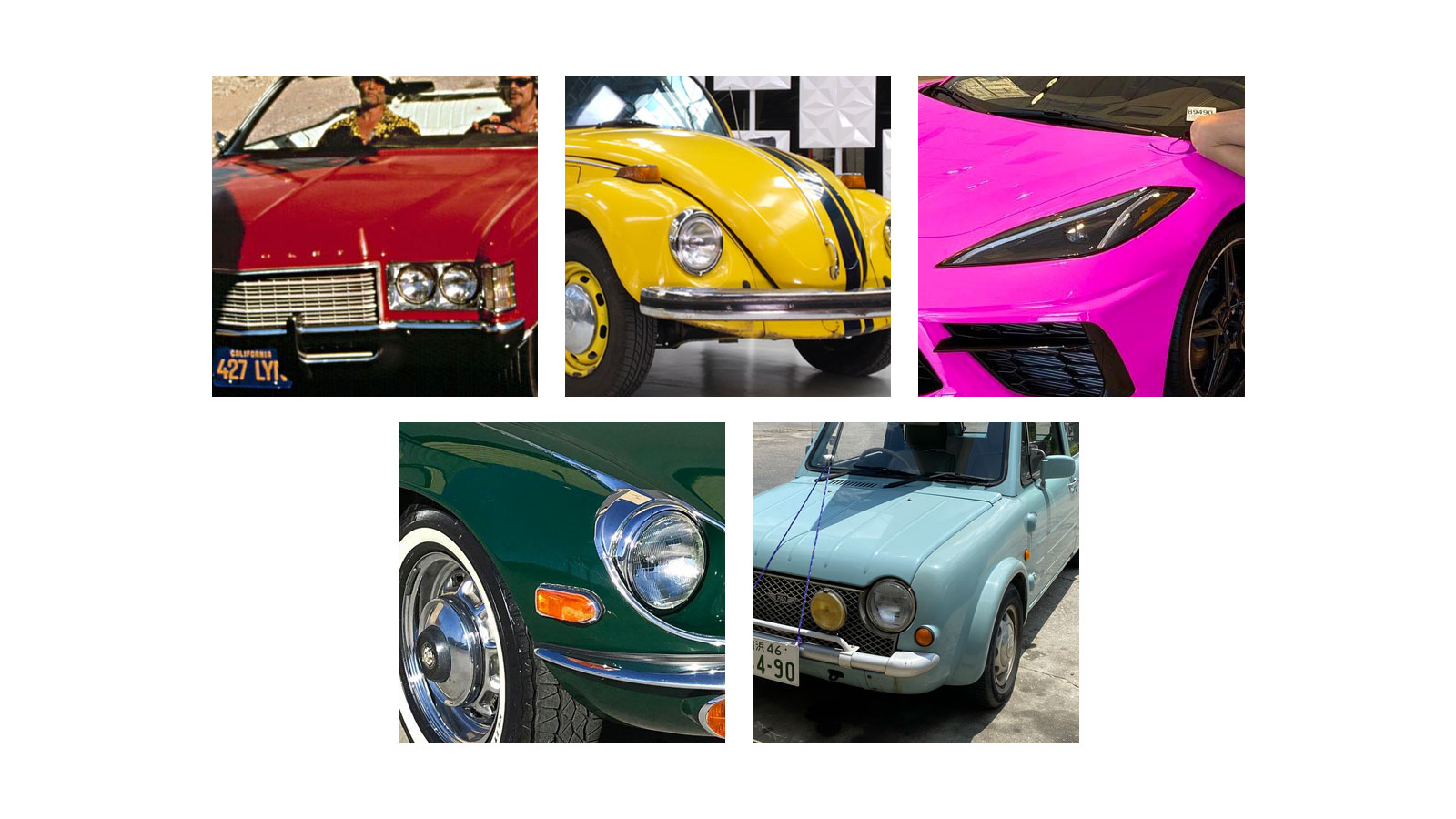 It’s a good palette, with good car references. So, car people who paint nails or know people who do, is this something you might be interested as Autopian merch? We’re just exploring ideas at this point, but we’d love your input, so comment away!

I'm a co-founder of the Autopian, the site you're on RIGHT NOW! I'm here to talk to you about taillights until you cry and beg me to stop, which I absolutely will not. Sorry. Hug? Also, David's friend.
Read All My Posts »
PrevPreviousAutomotive Would You Rather: Magic Fish Or Magic Movie Edition
NextCold Start: The Turd In The PoolNext