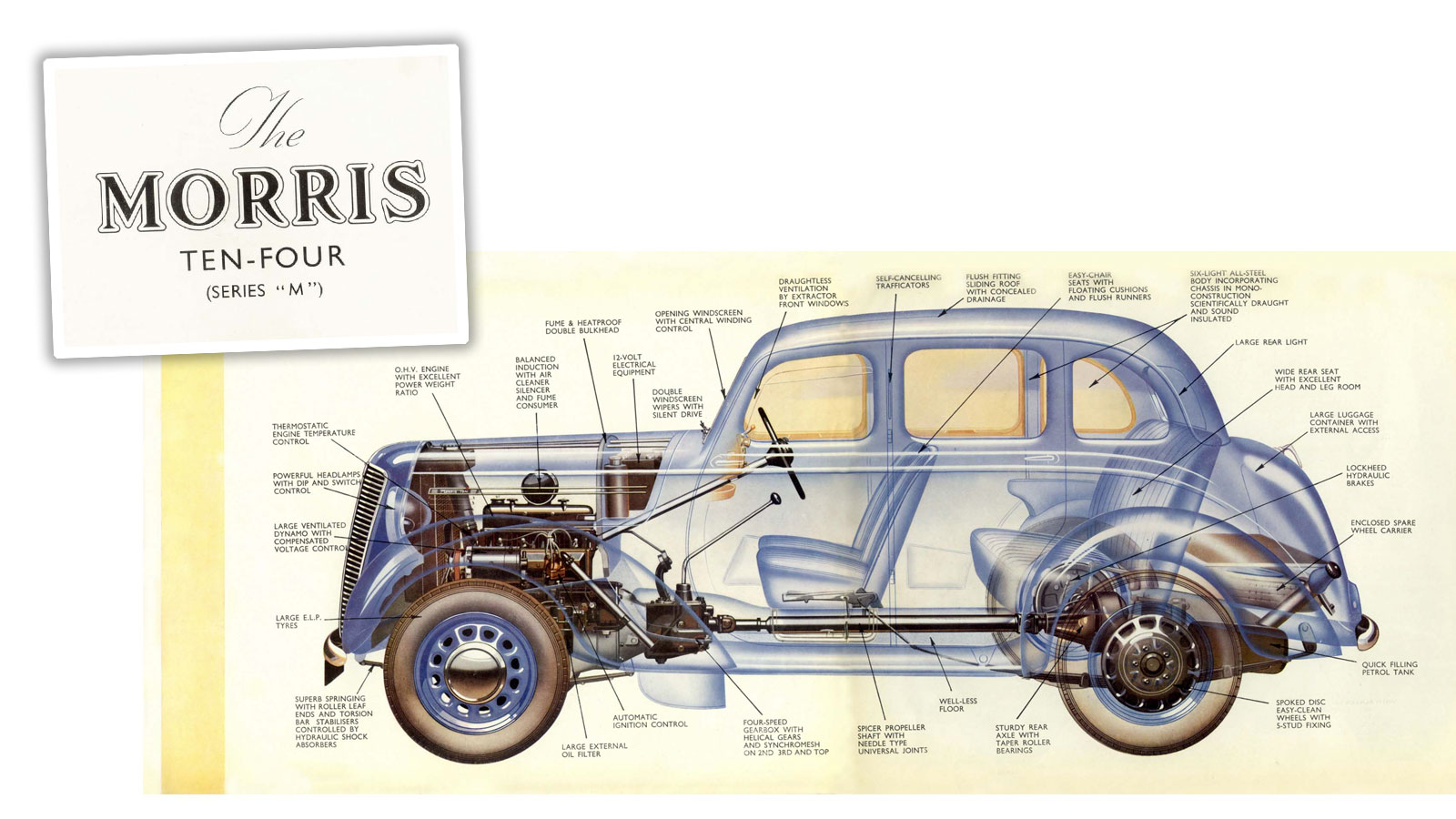 The 1946 Morris Ten-Four (Series “M”) was about three decades too early to have a fun name with some cultural impact. I suspect the one thing that the tea-chugging, waistcoat-bound executives of the Morris concern would never have guessed is that the name of their car, the Ten-Four, would have a name that would become synonymous with a strange automotive subculture dominated by American truckers and all kinds of exciting slang like “Kojack with a Kodak” and “pregnant roller skate” and “lot lizard.”

And yet here we are. Morris should have brought back the 10-4 name in the ’70s, maybe with a special edition Marina, and really leaned into that CB culture. Maybe the 10-4 Marina could have been antenna-studded and full of kitchy Americana and have stars and stripes on the roof or something, like how American Minis can have Union Jacks slathered all over them.

Oh, also this callout diagram of the Morris has all kinds of good mundane callouts like “large luggage container with external access” and “large external oil filter” and “well-less floor.” So enjoy that.

I'm a co-founder of the Autopian, the site you're on RIGHT NOW! I'm here to talk to you about taillights until you cry and beg me to stop, which I absolutely will not. Sorry. Hug? Also, David's friend.
Read All My Posts »
PrevPreviousThe Forgotten Suzuki Verona Was A Strange But Comfy Ex-Daewoo With An Unexpected Porsche Engine
NextTwo Old Luxury Cars That Had Buttons Everywhere: 1990 Jaguar XJ6 vs 1989 Mitsubishi SigmaNext