Welcome back to Shitbox Showdown! Today we’re traveling back to a time when luxury meant everything happening at the push of a button — a literal, physical button. But first we need to settle yesterday’s score:

Wow. Not a lot of love for the Mustang II in the room. The Angels will be so disappointed.

Anyway, let’s talk about buttons. It may be hard to imagine, when faced with the featureless monolith of a Tesla interior, but there was a time when buttons on a car’s dashboard (or even better, steering wheel) were a status symbol. The more buttons, the higher the level of trim. But it wasn’t just confined to luxury cars: My Government-spec 1989 Chevy truck has buttons to control the radio and HVAC systems, with nary a knob or slider in sight. [Editor’s Note: I recall driving a 1980s GMC 2500 work truck. It had a bench seat, manual transmission, four-wheel drive, and pretty much no other options. It was a basic truck except for that HVAC system, which seemed out of place. Push-button electric HVAC controls? On a work truck? WHY? -DT].

Our two cars today seem to be competing for sheer number of buttons. Both of them have added little pods alongside the steering column to squeeze in even more buttons than would ordinarily be possible. It’s likely, since both cars are more than 30 years old, that some of those buttons may be purely decorative at this point. But let’s dig into them and see how the rest of them look.

Runs/drives? Yes it does

The Jaguar “XJ40” (as it was known internally) was, when introduced, the most technologically advanced Jaguar ever made. An all-new body design, lighter and stiffer and easier to make, replaced the Series I-III XJ6’s structure, and in possibly an even bigger deal, the legendary XK inline six was put out to pasture in favor of the AJ6 inline six, with “modern” electronic engine management. 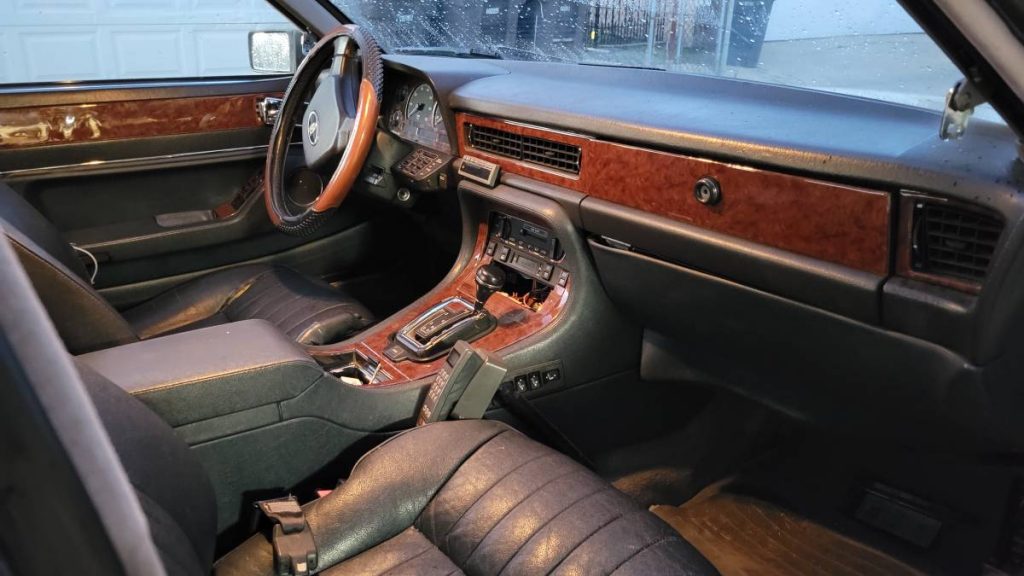 That new technology spilled over into the interior, with a sophisticated electronic systems monitor ensconced in a part-digital dash display. The image above isn’t great, so I’ll just borrow a photo from a for-sale listing by car dealership Park Place LTD just to show all the button-y goodness:

To no one’s surprise, the system proved unreliable and was replaced by analog (but still probably electronically controlled) gauges by the time this 1990 model rolled out of Coventry. The redesigned dash still has plenty of buttons to push, however, in two pods mounted alongside the steering column. On the left are headlight, hazard, and other controls, and on the right is a trip computer. 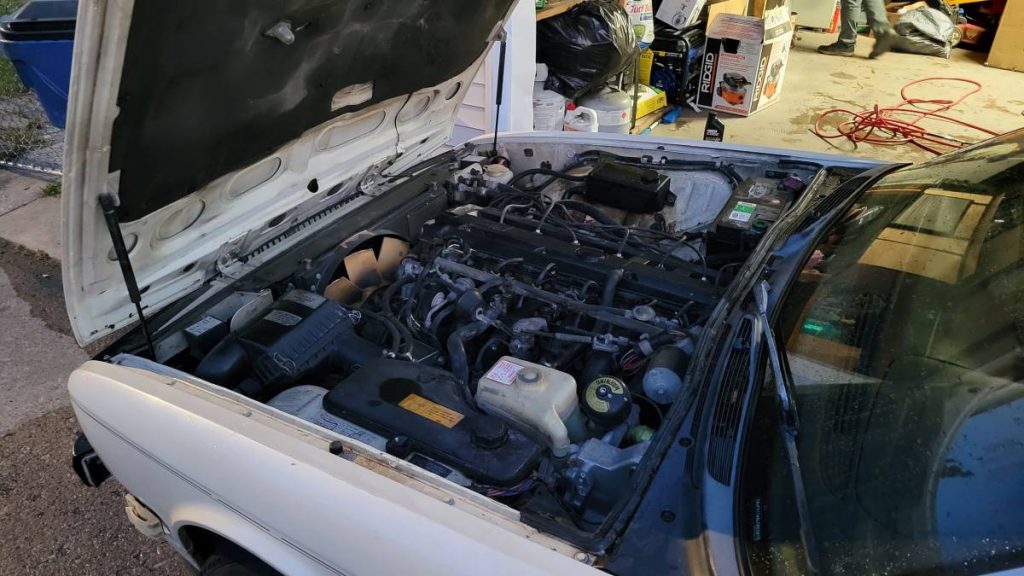 No indication is made of how much of that stuff still works on this old Jag, but the AJ engine is said to run well, and the ZF four-speed automatic (with its unique J-shaped shift gate) is in good shape. The rest of the car looks good, with obviously worn but not damaged leather, and shiny straight bodywork. That missing bumper end cap sticks out like a sore thumb, but I’m sure a replacement can be sourced.

Overall, for a thirty-two-year-old Jag, this car looks nice. You’d want to check carefully for rust, since it’s a Midwestern car, but with only 95,000 miles on the clock, it may have been kept off the road in the winter months and spared the ravages of road salt. Best to check, however. 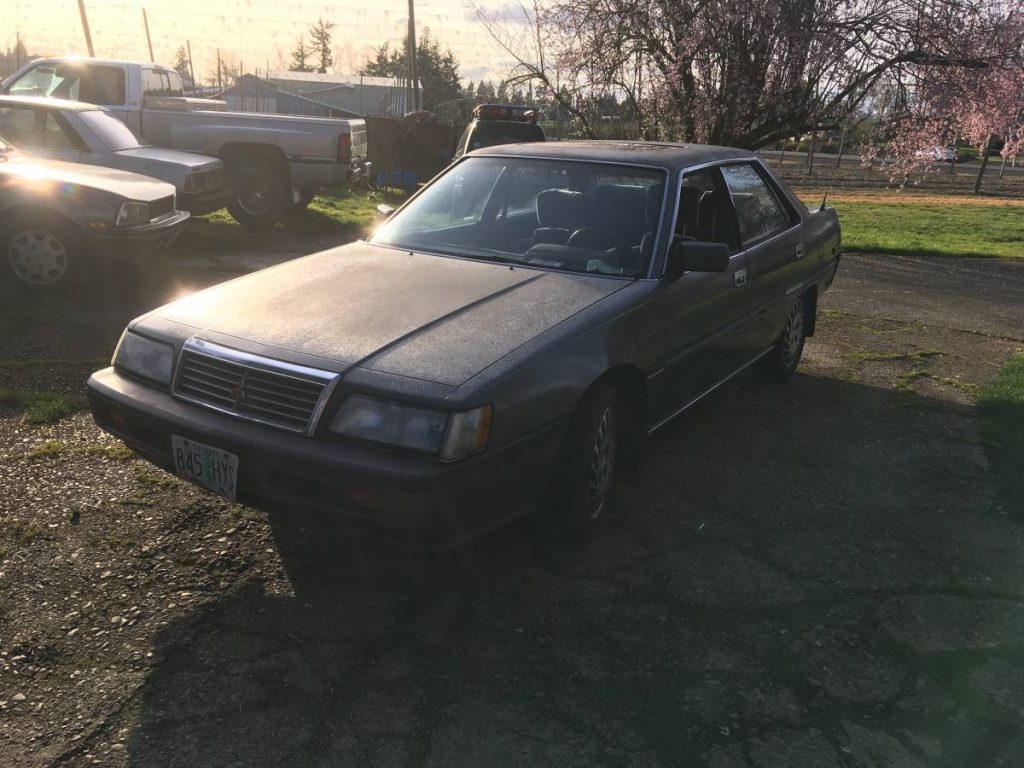 Location: outside Woodburn, OR

Runs/drives? Very well, according to the ad

Mitsubishi in the 1980s was a pretty wild company. High technology, turbochargers, and futuristic styling were the order of the day. Still very much in bed with Chrysler, but trying hard to stand on their own, they lavished their cars with every gadget imaginable in an attempt to stand out. 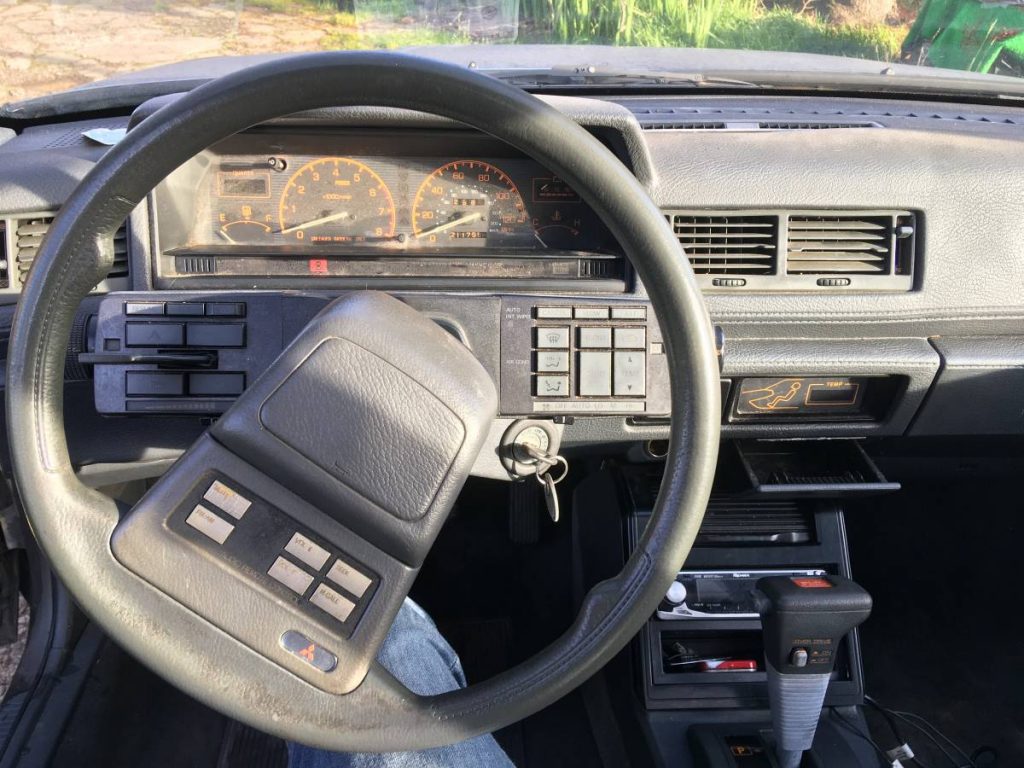 This car, known as the Galant Sigma until 1989 when a new Galant was launched, and simply the Sigma for another couple of years, was their flagship. It features Mitsubishi’s ubiquitous (at the time) 3.0 liter V6 coupled to an electronically-controlled 4 speed automatic transmission, which has what looks like multiple shift modes controlled by buttons on the shifter, as well as an automatic climate control system controlled by buttons on the pod above the ignition switch, and a stereo system controlled by buttons on the Citroën-like single-spoke steering wheel. To break things up a bit, the turn signals are activated by that flappy-paddle-thingy on the left pod, and if memory serves, the headlight switch is the big knob sticking out of the side of the pod. Or maybe that’s the wipers. I can’t remember. 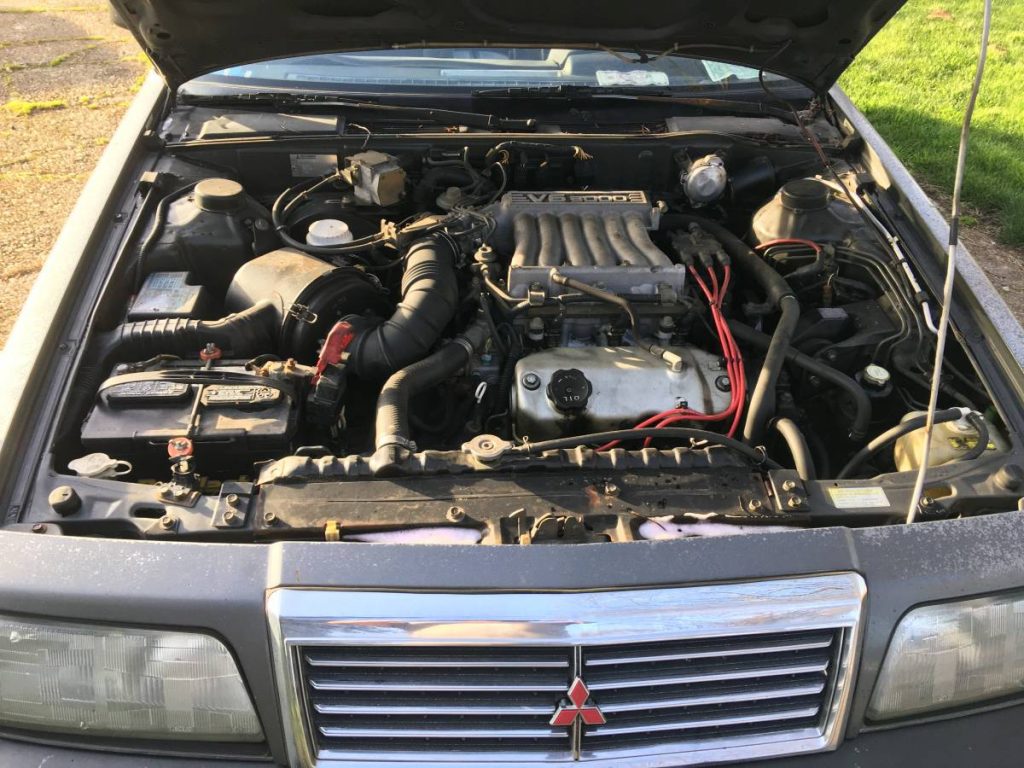 The seller says a lot of work has been done to this car mechanically to whip it into shape, including a full transmission rebuild, and it’s ready to go. They’ve just moved on to something else. What’s amusing is that I think this is the same seller who was (and still is) selling that diesel Peugeot 505 that we looked at last month. They’ve got eclectic taste in cars, I’ll give them that. 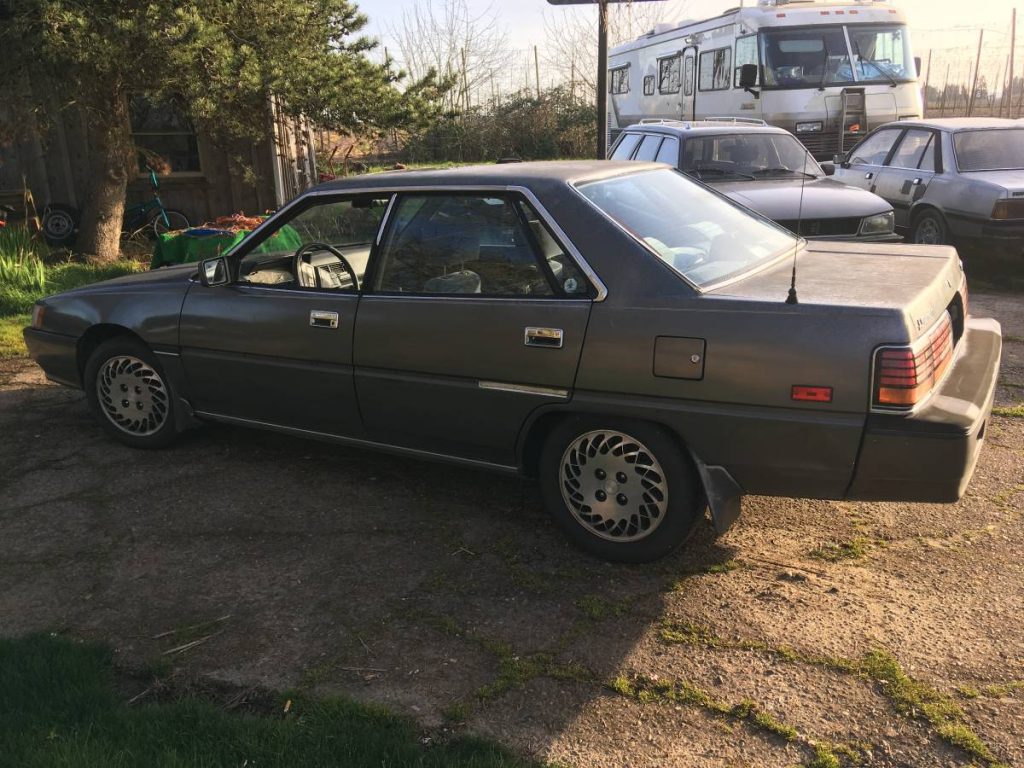 Cosmetically, it doesn’t look great, and I wish it were some other color than dirt-gray. The sharp-edged ’80s styling is a nice change of pace from today’s blobs, however. And the inside looks worn, but still plenty comfy.

That’s our pair for today: a British saloon trying to escape its Olde-Worlde image, and a Japanese techno-fest staring bright-eyed into the future. Which one will it be?