Cold Start: This Was The Second-Coolest Golf Cart At Monterey Car Week

Are golf carts cars? Yes. Yes, they are. In fact, your average golf cart would have been one of the most comfortable, fastest, and reliable cars between, oh, 1769 and 1910 or so. So I’m counting them, which is why I’d like to show you the second-coolest golf cart I saw at Monterey Car Week, which, yes, I’m still talking about. If you’re nice, I’ll show you the coolest one, too.

The cart up there was being used on the Pebble Beach grounds themselves and I was told by the drivers that the customization was handled by their boss, who added the fancy lights, grille, windshield, and an eagle/aircraft stylized hood ornament from what I think must have been a 1955-ish Chevy.

While these absolutely dress up the utilitarian gold cart made from Cozy Coupé-grade plastics and dramatically change how the cart is perceived, it can’t hold a candle to the best golf cart of the week, which was this one: 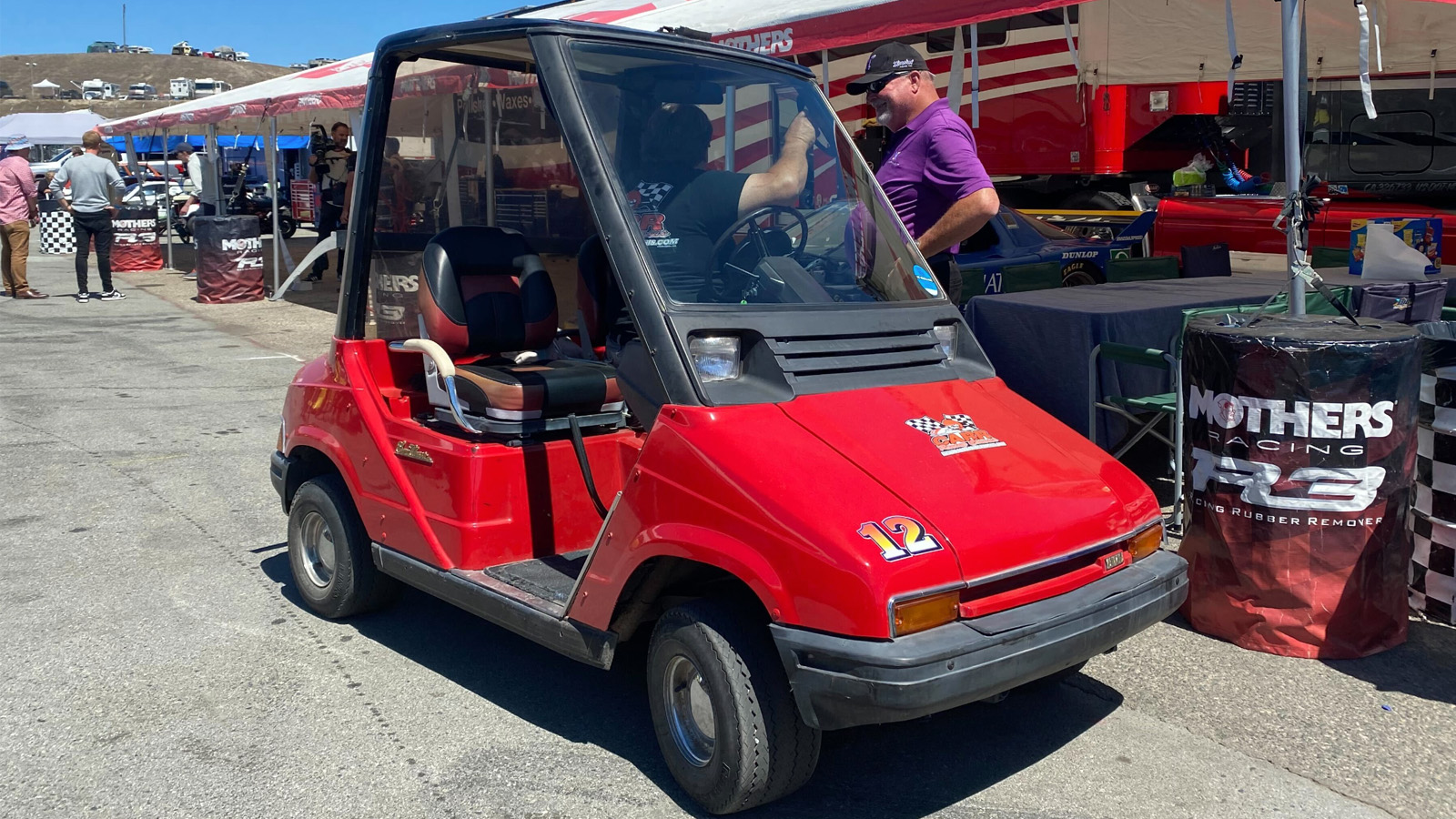 Hot damn that’s a fine golf cart! Look at the sleek ’80s wedge design! The novel headlight placement above the hood! The full-car-like stance and presence! It’s fantastic, and it’s a Yamaha G5 Sun Classic golf car. I’m hesitant to write too much more about it because I think it may deserve its own article. So keep an eye out for that.

Also, one last thing: I’m en route to drive the new VW ID.Buzz electric Microbus, and I think I’ve just been in the nicest airplane bathroom I’ve ever had the pleasure of befouling:

This is by far the most decorated airplane bathroom I’ve ever seen. The walls are usually the color of a bandage and free of charming buildings pic.twitter.com/gHa8TpGDkn

Look at that! Charming painted traditional Dutch buildings, rendered in the color and style of Delftware! Airplane bathrooms usually have all the style of a medical device used to drain cysts, but not this time!

Taking a comfortable if cramped bowel movement a mile in the sky and staring at Delftware-inspired wall art? How can you beat that? You can’t is how.

I'm a co-founder of the Autopian, the site you're on RIGHT NOW! I'm here to talk to you about taillights until you cry and beg me to stop, which I absolutely will not. Sorry. Hug? Also, David's friend.
Read All My Posts »
PrevPreviousWe Talk To The Designer Of The New EV Meyers Manx And Confirm It Has At Least One Ancient VW Part
NextRare Rear-Drive Coupes: 1974 Datsun 710 vs 1979 Mercedes 450SLCNext