Happy Friday, Autopians! As you may have heard, the Autopian has gone Hollywood this week, hanging out at the LA Auto Show. Jason, David, and Matt have been there, checking out the latest car models, schmoozing with auto industry folks, eating tiny crustaceans out of garden equipment… you know, all that perfectly normal stuff you do at a car show. I didn’t get to go, so I decided to bring a little Hollywood magic to Shitbox Showdown by featuring two cars that have been used as “hero” cars in TV shows. First, however, let’s settle up yesterday:

A wise choice, I think. A 3800-powered GM sedan usually a safe, if not always exciting, choice. This one’s extra horsepower should provide some amusement.

Now: The concept of a “hero car” in a movie or TV show is an important one, because cars are important. (I assume that, since you’re reading this site, I don’t have to tell you why.) Certain cars get linked so firmly with certain characters that you can’t see one without thinking of the TV show – every gold second-generation Firebird is “Jim Rockford’s car,” for example. And the car has to fit the character’s personality; you can’t put Thomas Magnum in a Sentra and expect the same results.

For today’s choices, I’ve selected two cars that are both used by their respective protagonists for fighting evil: hunting down demons, killing vampires, that sort of thing. (Yes, I know this theme would have been better a couple of weeks ago, but I just thought of it yesterday morning.) One of these cars isn’t quite right, but it’s as close as I could find for sale. And remember – this is still Shitbox Showdown, so neither of these cars is exactly ready for that big chase scene yet. Let’s see which one you’d choose. 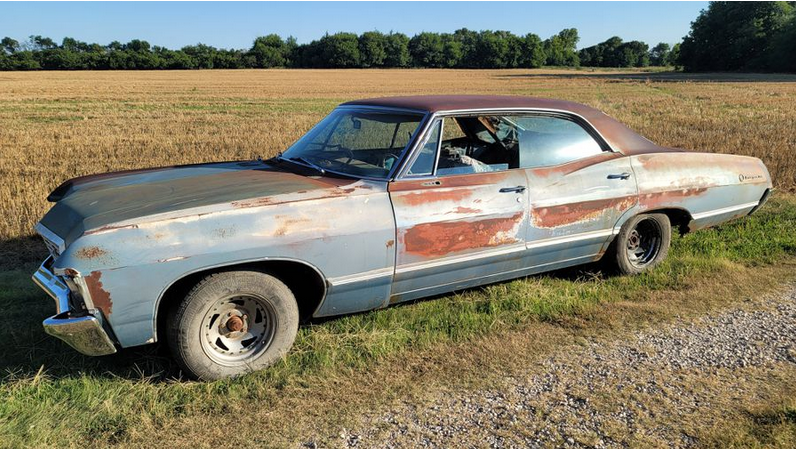 In the long-running TV series Supernatural, Jared Padalecki and Jensen Ackles play Sam and Dean Winchester, brothers who travel the country hunting demons, cracking wise, and running afoul of entities both human and otherwise. Think Kolchak: The Night Stalker meets The Dukes Of Hazzard and you won’t be too far off. The real star of the show, though, is the Winchesters’s car, a jet-black 1967 Chevy Impala four-door hardtop.

The car I found for sale is the same year, model, and body style, and it’s even from Kansas, like the car in the show. It’s not quite as pretty as Sam & Dean’s car, however. 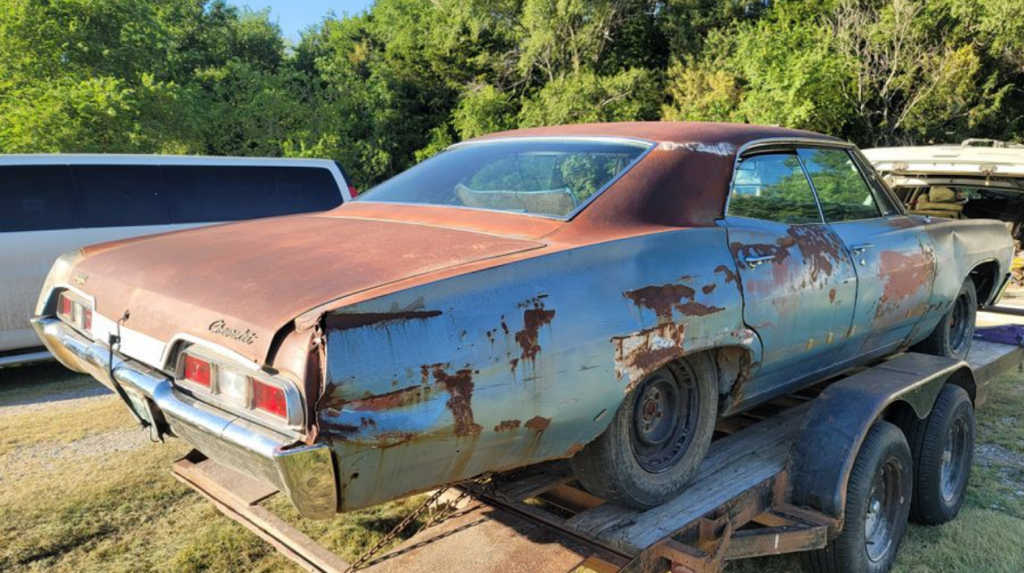 This Impala has a 1990 Chevy 350 V8 and TH700R4 overdrive automatic, probably out of a pickup truck. The seller says the engine is in good shape, but the transmission needs rebuilding. It might be easier to just replace it, however; they’re not exactly hard to find. 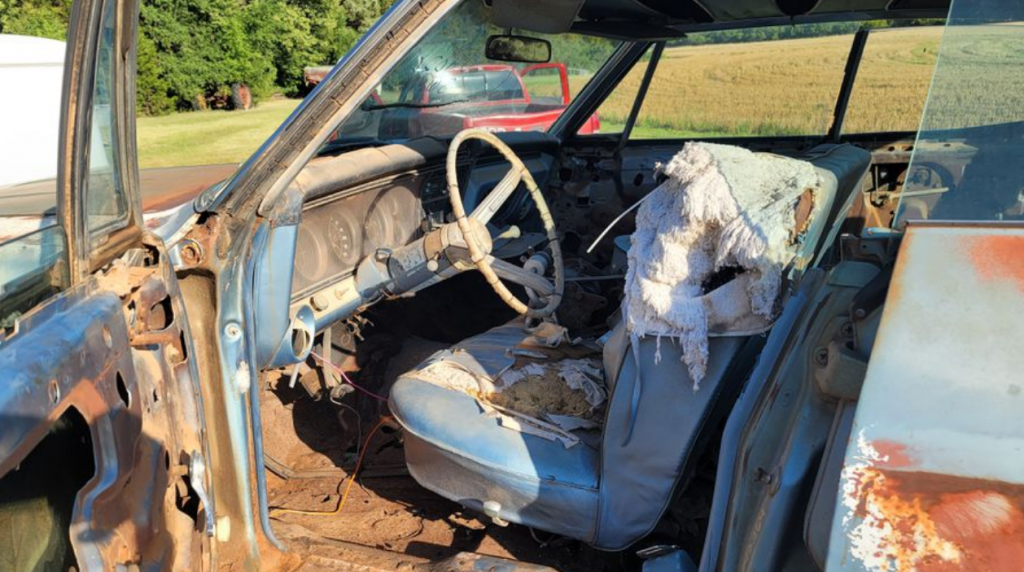 Obviously, there’s a lot of work to be done here. The seller says the car is 95% complete; what’s missing looks to be mostly interior trim pieces. I’m sure reproduction parts exist for ’67 Impalas, but four-doors? That might be a taller order. 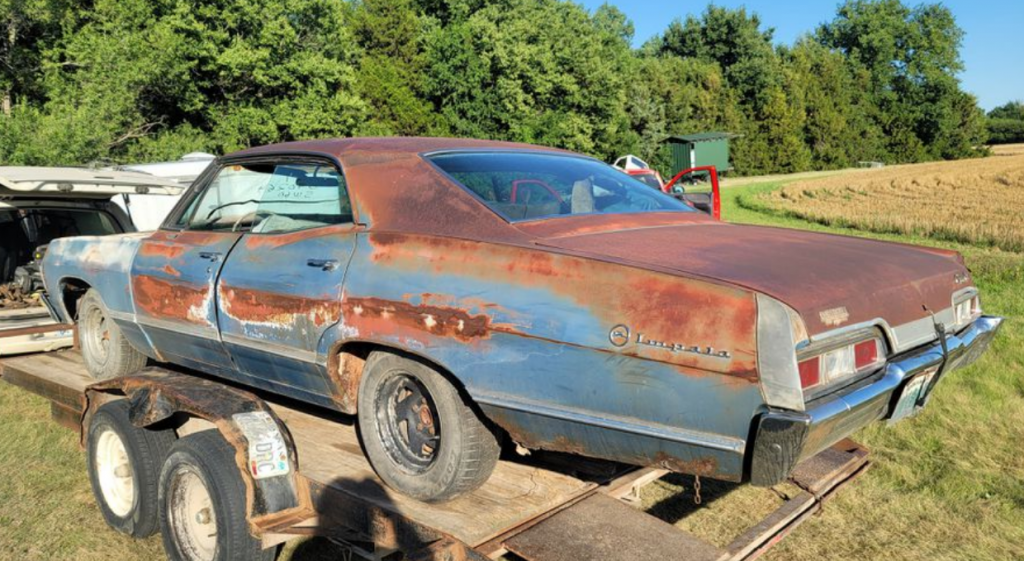 It needs some rust repair, but the seller seems to think it’s saveable. They have a replacement rear quarter panel available from a parts car, which would take care of the worst damage. There are a lot more photos in the ad of the underside showing the repairs needed, if you want to see them. The seller is also including a set of the same “saw blade” aftermarket wheels as the car in the show. 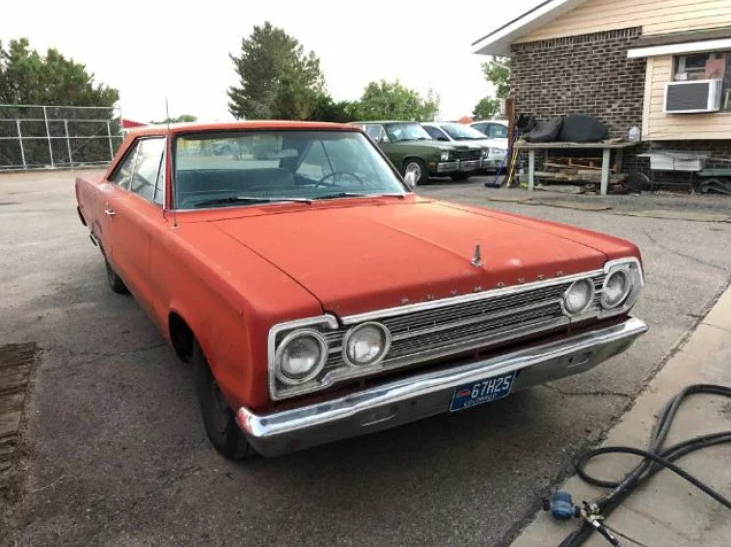 In the Buffy The Vampire Slayer spinoff Angel, David Boreanaz plays the title character, a vampire cursed with a human soul, and therefore a conscience, who is doomed to wander the world forever atoning for his past sins. He hangs out his shingle as a private investigator, and with a motley entourage, battles demons, vampires, and an evil law firm. Angel’s ride of choice is a black 1967 Plymouth Belvedere GTX convertible, because of course, if you’re a vampire in sunny LA, a convertible is ideal, and not impractical at all.

I couldn’t find a GTX convertible that wasn’t fully restored and cost at least as much as a nice RV, so I had to settle for this Belvedere two-door hardtop. It’s the same basic body style, and it’s a big-block at least, so it’s kinda the same car. Paint it black, grab a Sawzall, call it good, right? 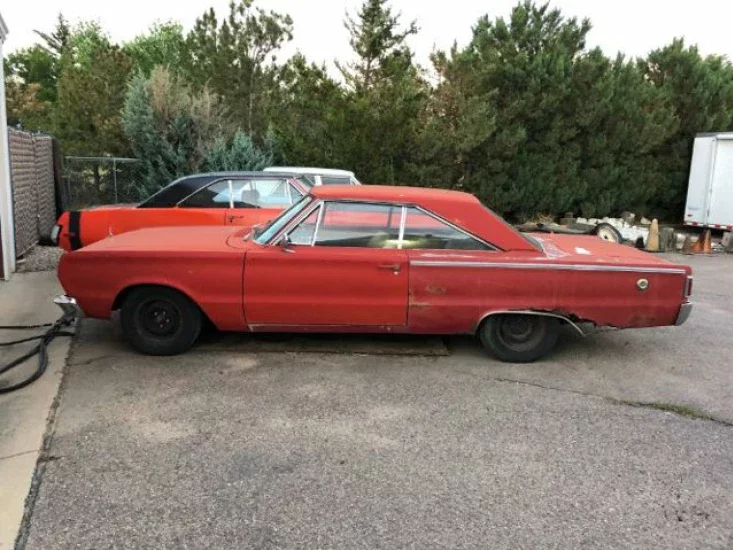 Unlike the Impala, this old Plymouth actually runs and drives. I’m not sure how roadworthy it is, but being able to turn the key, put it in gear, and make it move under its own power is huge for a project car. It’s the difference between an inert lump of metal that sucks up your time and money, and a real honest-to-goodness car. 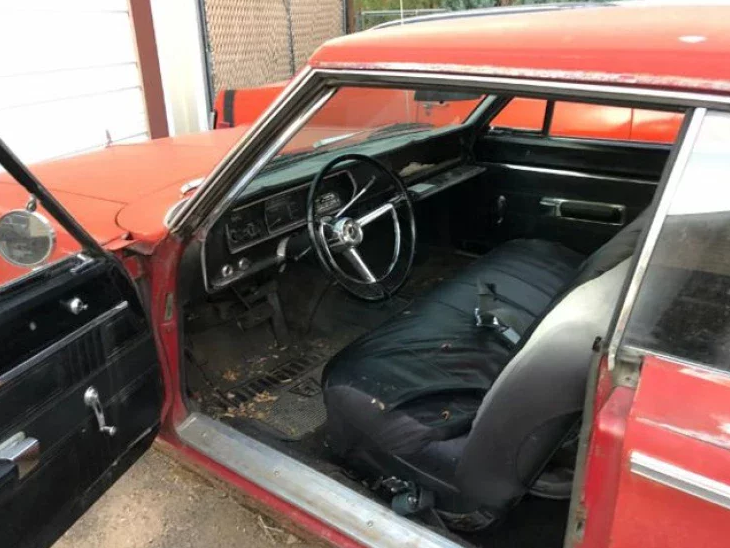 That’s not to say there isn’t some work to do. It needs new rear quarter panels; they’re included, and the seller says the rest of the car is solid. The missing side trim is also included. It’s powered by a 383 cubic inch engine, backed by a good old Torqueflite automatic. Can’t go too far wrong there. 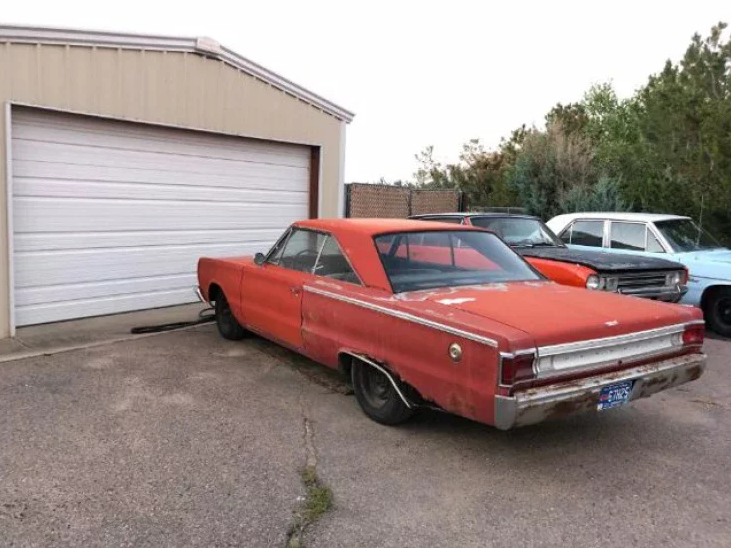 It’s encouraging to see other Mopars in the background of the photos. It means the seller likely knows their stuff. It doesn’t necessarily mean they’ll be honest, but usually someone who really likes the car they’re selling is less likely to try to pull a fast one.

Well, that’s our show for the week. Tune in next week for more crappy old cars, pop culture references, and lively debate. See you then!