Did You Know That Bears Can Open Car Doors? Comment Of The Day 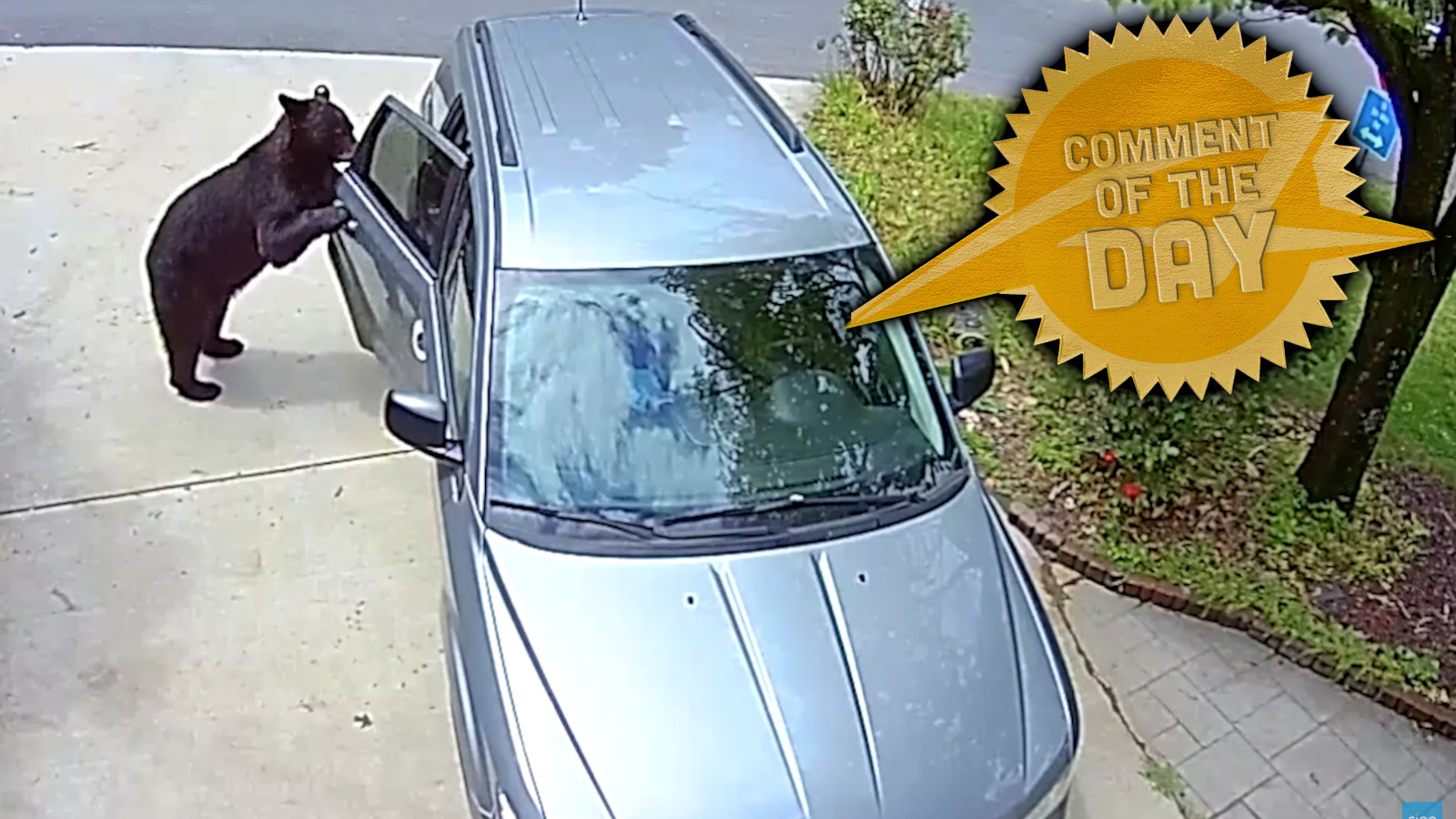 Depending on where you live, dealing with bears can be a real concern. Stories about bears getting into cars then ripping them apart are common with local news stations. Heck, bears have no problem ripping their way into tents and into some campers. Basically, if a bear is hungry enough and thinks there’s some food to be had, it might work its way into your car, tent, or camper.

Sometimes, you may run into a campground that doesn’t allow tents or tent-based campers because of bear activity. Today, I wrote about the Aliner hard-sided pop-up camper that touts the lack of canvas as a benefit. Among with better insulation and protection from strong storms, Aliner campers tout better security from wildlife than a pop-up tent camper. Sure, a bear could still rip through this camper, but it’ll have to try a little harder than slashing its way through the canvas of a typical pop-up camper.

Well, that’s when reader DarKhorse taught me something with just a simple sentence:

Oh my dear Mercedes, you ALWAYS have to worry about bears.

Look, the first bear opening the car door was surprising enough, but the second bear opening another door just blew my mind. And it wasn’t like these bears were just clawing at the doors and they just happened to open. No, instead, they just opened the doors like one bear was going to drive the other to work. Oy vey!

This sent me down a rabbit hole, where I discovered that bears will absolutely get into whatever the heck they want. Here’s a bear breaking down a cabin’s door like it’s the FBI:

Here’s a bear breaking into a cop shop like a total badass:

Oh, and here’s a bear popping the door of a pickup truck and taking some poor driver’s snacks:

I’ve camped in bear country before, thinking that staying in a locked truck would keep me safe enough. Well, it looks like bears can do whatever the heck they want. I suppose the point here is that hot damn, bears are adorable, clever animals. I wonder, can we teach a bear how to drive?

Mercedes is a lifelong fan of all things powered by an engine. When she isn't driving one of her five Smart Fortwos or her 14 other vehicles she could be found in the cockpit of a Cessna 172 or perhaps swimming in any body of water that she could find. She also has a deep love for buses of all kinds. Please send her buses. mercedes@theautopian.com Instagram: @mistymotors Twitter: @Miss_Mercedes30 Facebook.com/neonspinnazz
Read All My Posts »
PrevPreviousThe Adorable Aliner Is A Pop-Up Tent Camper But Without The Bear Attack Concerns
NextSen. Joe Manchin’s New EV Bill Would Force Some Buyers To Give Back Tax CreditsNext