Who’s excited about the Tesla Cybertruck? Plenty of people, that’s who! Think over a million people who plonked down real, human money to reserve a chance to eventually buy one of the huge, angular, low-poly electric trucks whenever they eventually come out. Plenty of excited people who, were they to corner you at a party, would talk to you nonstop about how incredible the Cybertruck will be until you start sobbing and screaming uncontrollably, begging them to shut up, please, just for a moment, until you puncture your eardrums with those little cocktail toothpicks that look like little pirate swords. There’s a lot of hope that the Cybertruck will make an appearance at tomorrow’s Tesla AI day, and perhaps in anticipation of that, Elon tweeted about how the Cybertruck can “serve briefly as a boat.” You know, the same way that original Volkswagen Beetles could, decades and decades ago.

Cybertruck will be waterproof enough to serve briefly as a boat, so it can cross rivers, lakes & even seas that aren’t too choppy

So, Elon is saying that the likely 5,000 to 6,000-pound Cybertruck will be waterproof and buoyant enough to float, “briefly,” making it able to “cross rivers, lakes & even seas that aren’t too choppy,” though good luck to you finding a not-too-choppy sea that you can cross, you know, “briefly.” Brief crossings of seas aren’t generally a thing, though there is a car designed in 1938 that has managed to pull off all of the things Elon listed there:

Yes, the humble VW Beetle. That clip up there is from a somewhat modified Beetle known as the Sea-Bug that once attempted to go from Australia to Tazmania, but stock Beetles could perform similar aquatic feats – albeit, as Elon says, briefly – with no modifications at all, something VW even proudly showed in this 1972 commercial:

Other Beetles have made their way across the Straits of Messina, and Sports Illustrated tested the Beetle’s seaworthiness back in 1963 and found that, yeah, it’ll float, for about half an hour. 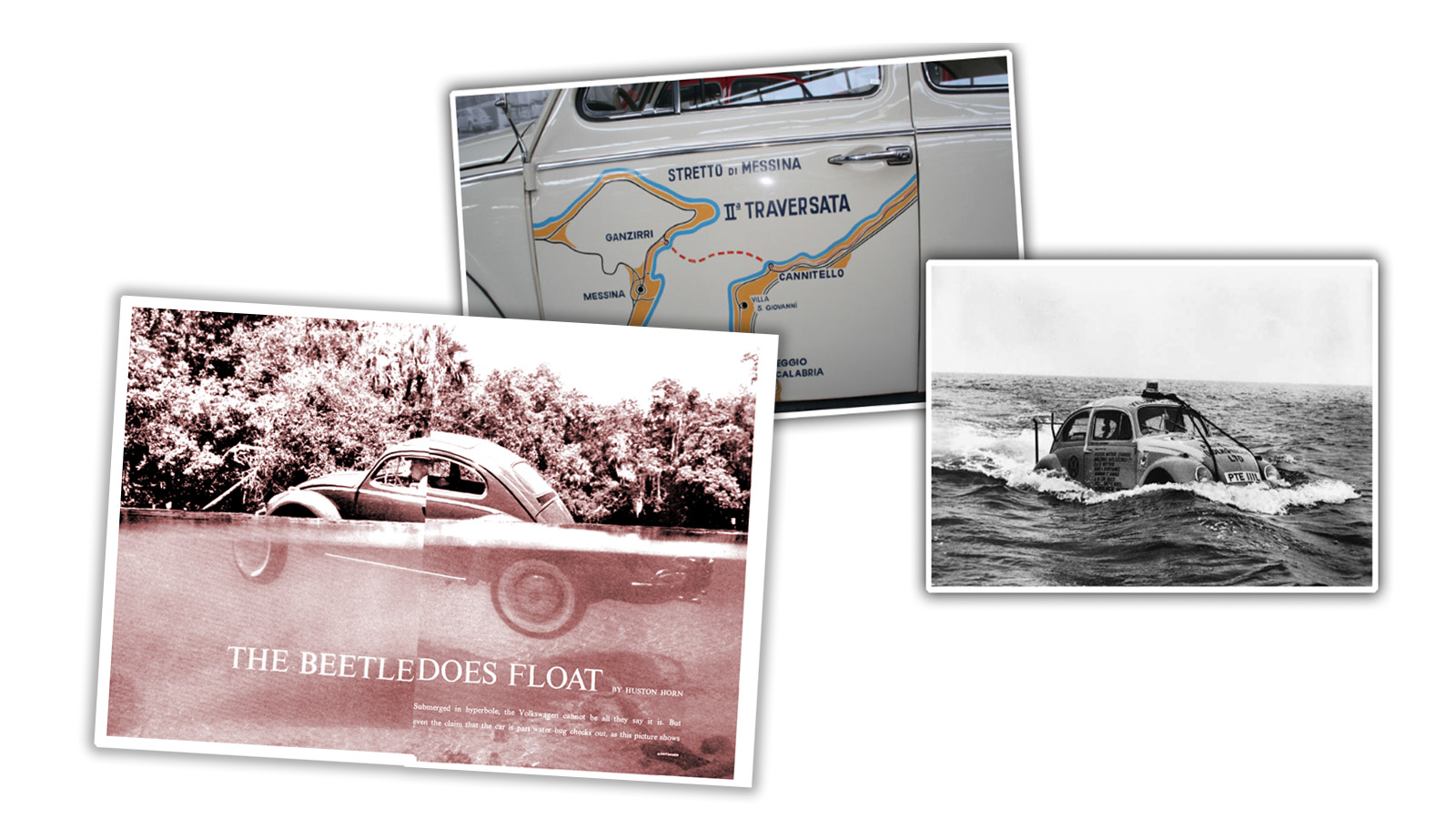 So, maybe Elon is right about the Cybertruck, and it’ll be able to float for a little while, just like the 20+ million of those cheap little funny-looking cars did decades ago. I hope it does, because I’m all for amphibious vehicles anywhere, any time. Besides, I bet when it’s in the water, a Cybertruck will be harder to see, and I don’t see any downsides there, either.

So, future potential Cybertruck owners, whenever that may happen: enjoy your brief, non-choppy crossings of the seas!

I'm a co-founder of the Autopian, the site you're on RIGHT NOW! I'm here to talk to you about taillights until you cry and beg me to stop, which I absolutely will not. Sorry. Hug? Also, David's friend.
Read All My Posts »
PrevPreviousThe Citroën Oli Concept Is An EV Made From Cardboard And Good Ideas
NextThe Age Of Lamp Fighting: Cold StartNext