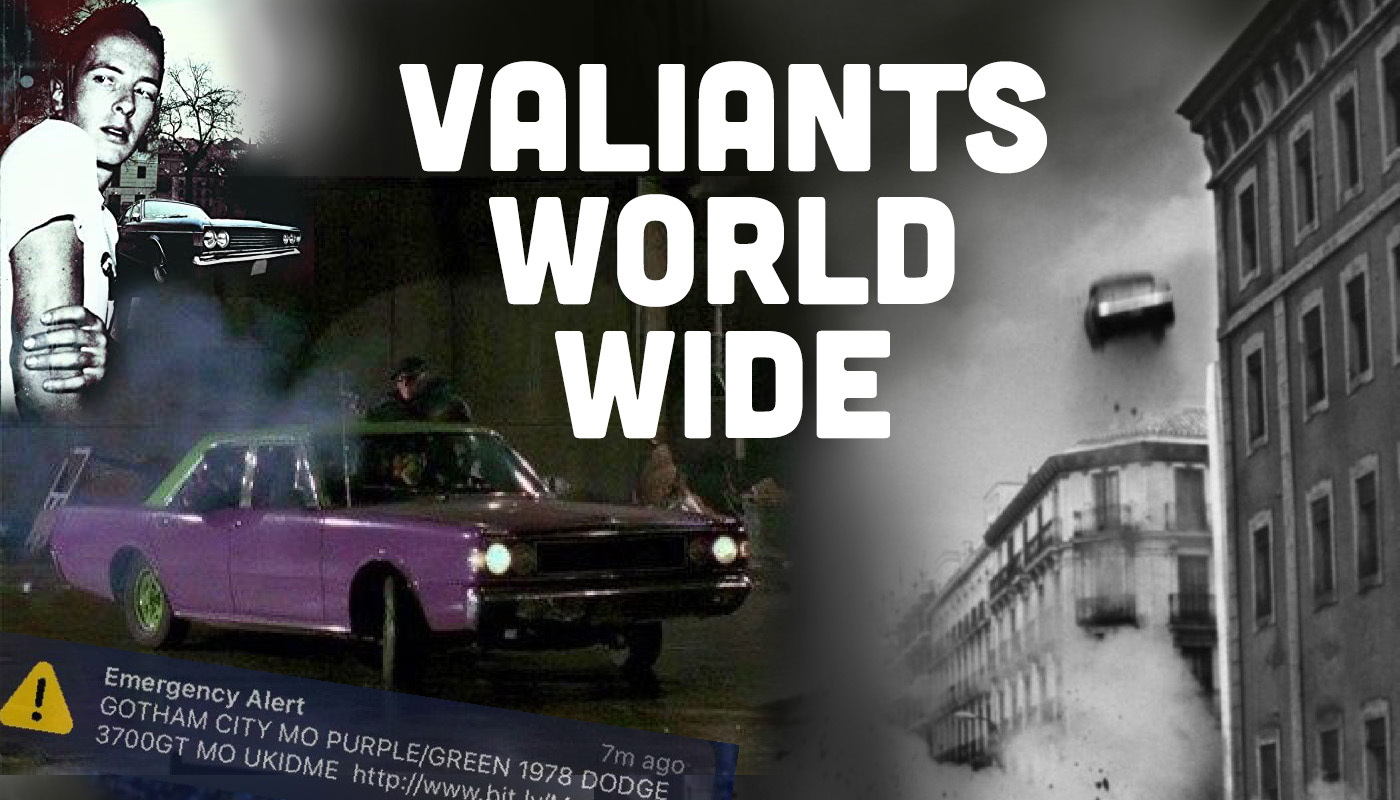 To coincide with David’s big rescue mission down under and encourage our brave colleague, Torch suggested that ‘we’ should do something…which really means throw another one on the pile for someone like myself.

Here’s one option- let’s take a look at some bizarre examples of Valiants Around The World that you might be shocked to know exist.

Question- were you ever given the astonishing news that a quiet, middle aged, slightly paunchy and balding cousin of yours is really working in the rackets or employed by the CIA for covert ops? I haven’t either, but that’s sort of how I feel after doing more research on one of the non-Jeep loves of David Tracy’s life. 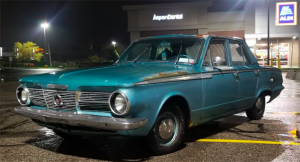 The fact that David would drive an example of one that looked every one of its nearly sixty years of age through a Michigan winter confirms this devotion. I guess it’s hard to blame him…any list of World’s Most Indestructible Cars would be incomplete without the A-Body Dodge Dart and Plymouth Valiant. These cars still have a fervent following despite one critical flaw…the run-of-the-mill models were essentially devoid of excitement.

Considered cool cars today, in period they were anything but. These were purchased almost exclusively by blue-haired bingo players, driven few miles, and then handed down to their Gen X grandkids, like me. Nothing builds character like pulling up between BMWs and Camaro Z28s at a 1980s Northern Virginia high school in a dark green 1971 Dart ‘Swinger’ (I can assure you that name had nothing to do with the typical owner’s lifestyle and seemed to more accurately describe the suspension dynamics). These things were boring as the day is long, and perfectly cast as Ubiquitous Dull Sedan in the Spielberg movie Duel. 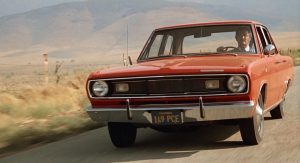 At least that’s what I thought. You would not imagine that a senior citizen librarian’s car could have been sold in intriguing versions overseas, but it was. The Australian utes with fender mounted turn signals that David has travelled halfway across the globe to save are certainly an example of Valiants with cool cred. However, this car has siblings in Europe and South America that might be even more interesting, like the Barreiros Dodge 3700GT.

The 3700GT is allegedly “top-level luxury car” that was made in Spain yet turns out to be a just modified Dart/Valiant. It even has a Leaning Tower of Power under the hood. Yup. You would expect at least a 318 V8 for a ‘high end’ car, but 3700cc equates to 225 cubic inches, so there’s a Slant Six in there.

It likely has the same starter motor that moans DAAAHRR DAR DAR DAR DAR with every turn of the key (‘a dying seal’ as some have described it… or the Highland Park Hummingbird). The doors and roof are identical to the American version, but this version sports big amber rear turn signals and slick looking five-spoke type wheels. Not bad styling for what they had to work with, at least. 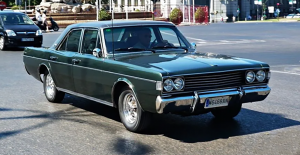 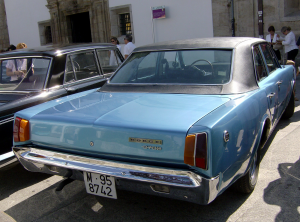 Chrysler of Spain REALLY kicked it up a notch inside. The basic dashboard is the same as the US model, but check out that Nardi wheel, chrome-rimmed round gauges in place of the strip speedo, black rocker switches, tufty leather seats, and four-on-the-floor in a console-with-a-clock. Never saw that in Grandma’s car, right? 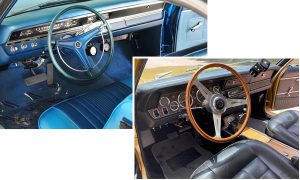 Still, the most interesting facts about the 3700GT might revolve around some of this vehicle’s famous owners and appearances in media:

1. The Prime Minister of Spain had one… until he got blown up in it

Spanish Prime Minister Blanco actually used one as his official car. Doesn’t seem like a head of state kind of car, but at least a Valiant is pretty bombproof. Almost.

At some point in 1973 members of a group that wanted the PM dead rented a garden apartment and dug a tunnel hole through the wall and under a street he drove down each day (see schematic). This hole was filled with explosives and detonated as Blanco drove over it, which sent the Dodge sixty feet in the air and over a building, crashing onto an upstairs terrace (people at first thought that the car had dematerialized since they didn’t know where the Hell it was). Here’s a clip from a movie of a pre-CG simulation of the event. It’s almost inconceivable, but it really happened: 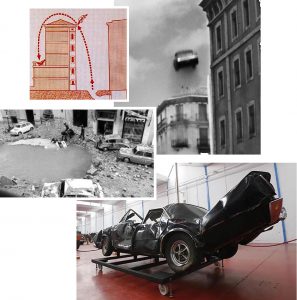 Blanco actually lived for a very brief while afterwards (the balcony landing obviously reduced the impact slightly). The wreck is in a museum (see pic) and I do think that slant six would start if given spark and fuel.

2. A member of the Clash had one 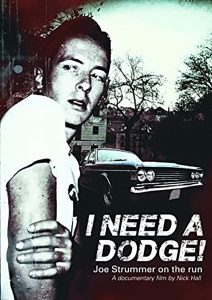 Legendary rocker Joe Strummer bought an old 3700GT when he was producing an album post-Clash in Madrid around 1986. However, he left it in a parking garage and supposedly forgot where he put it and was never seen again. There was a movie about Strummer’s Spanish exile called I Need A Dodge.

A guy from The Only Band That Matters…in a Valiant? Next you’re gonna tell me that Jack White drives a Toyota Avalon.

3. There is one in Batman

The Joker’s goons drove a menacing-looking purple and green sedan in the 1989 Batman movie. It’s also a 3700GT.

This make and model is confirmed, since last January the Missouri State Highway Patrol inexplicably put out a cell phone alert for this car. The following alert appeared briefly on the phones of the state’s residents: 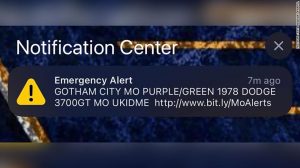 The message describing the Spanish Dodge with the UKIDME plate was quickly followed up by a message that there was no alert and that “this was meant to be a test message.” But was it? Where exactly is Gotham City, Missouri? Near Branson?

Still, the state didn’t seem to offer much more information other than that about this “test;” if you make a quip about the Joker getting away, you will not be the first.

Who knew? It’s always the shy, quiet ones that you have to look out for. Maybe it’s a good thing that people abroad can respect a car that shallow losers like myself did not.

However, there are still more unique Valiants overseas that we can explore later, and when we do, it’ll be way up north.

Read All My Posts »
PrevPreviousThe Most Amazing Car We Saw At Pebble Beach Had The Best Surprise
NextThis Is What AI Thinks A Moose-Powered Car Would Look Like: Cold StartNext