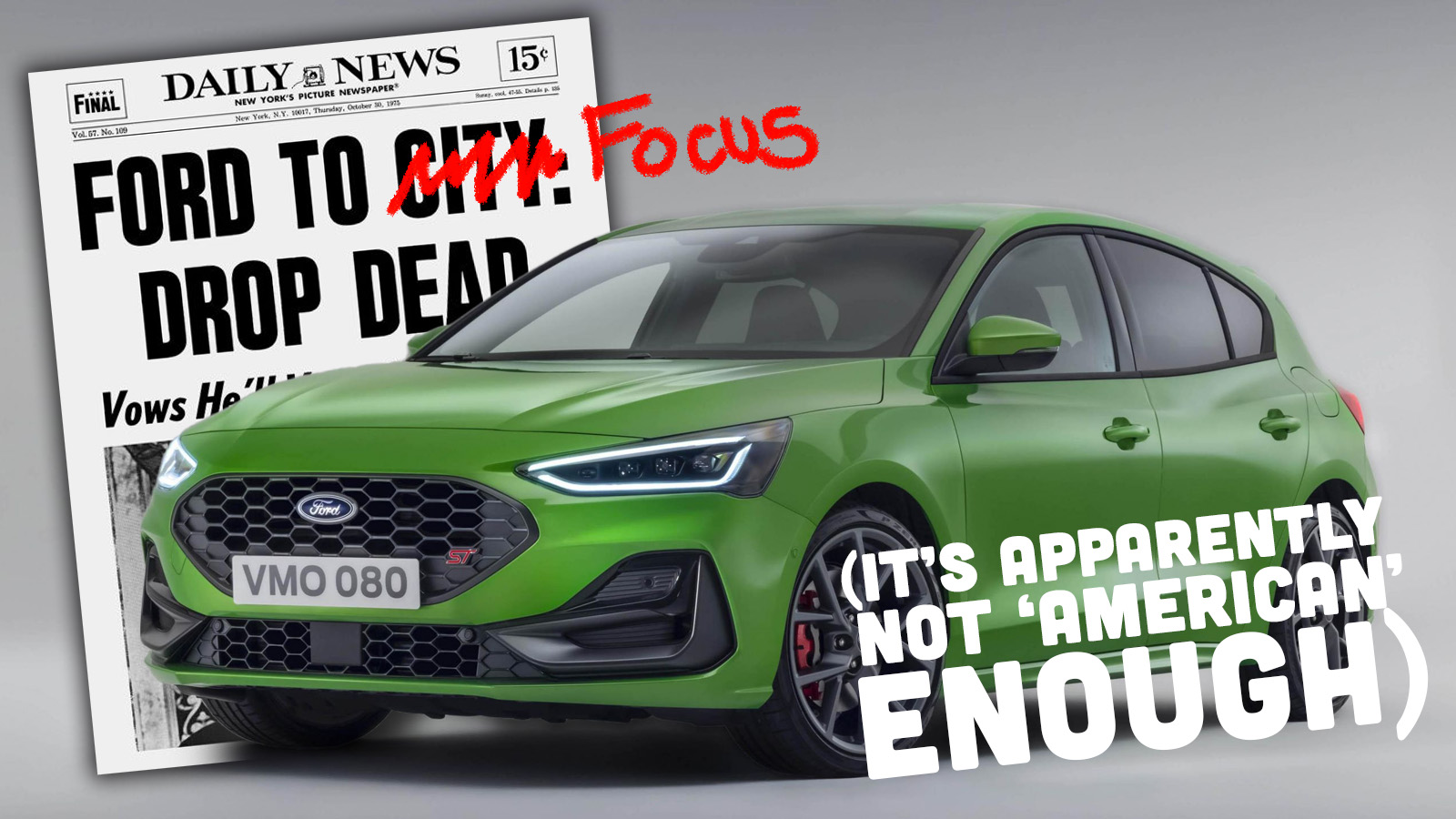 The car you see above is the current generation of Ford Focus, released in 2019, a year after it was discontinued in the American market. By most accounts, it’s a really excellent compact car, arguably one of the best Volkswagen Golf competitors ever made. That probably doesn’t mean much to us Americans, but in the rest of the world, it’s a very big deal—akin to what most families end up driving. Now, however, it’s a market Ford says it’s willing to cede in Europe, as its future is going to be more “American” across the world.

Ford’s marketing chief in Germany, Christian Weingaertner, told Automotive News Europe at a press event that the company plans on dropping the Focus in addition to the smaller Fiesta (which has also been long dead in America, much to our collective chagrin) to concentrate on SUVs, crossovers and even pickup trucks in Europe where the profit margins are higher, as they are in America. Eventually, in Europe, that means an all-electric lineup by 2030, based on current projections.

According to that story, Ford will launch its revised lineup with the slogan “Adventurous Spirit,” which aims to capture the “American values” of  “freedom, outdoors and adventure.” The lineup will include things we’re familiar with like the Explorer, Ranger truck, Mustang, the Bronco, and the smaller Puma crossover, which we do not get and is based on the Fiesta.

In other words, Ford in Europe is about to do what it did in America years ago: phase out the smaller cars and tell buyers they need to invest in pricier trucks, SUVs and crossovers if they want a new vehicle. The Fiesta will stick around until next year and the Focus dies in 2025. After that, if you want a new Ford in Europe, buy a Puma.

Ford has long had a big presence in Europe, and one that’s yielded a wide variety of interesting compact cars and performance vehicles unique to that market. But as this story notes, and crucially, it’s struggled to be profitable in Europe for some time, much as General Motors had trouble there with the Opel and Vauxhall divisions it ultimately offloaded to Stellantis. Some of these SUV-centric moves feel like Ford’s trying to better compete with Jeep in Europe; that brand has actually had a lot of success there in recent years as customers buy into its rugged, outdoors-y image.

Finally, the industry-wide electric vehicle transformation will be expensive. Automakers have to pay for it somehow. In America, that answer, pretty much across the board, has been to get customers into margin-happy big trucks and SUVs while slashing the cheaper, less profitable models. (There’s something ironic about our green future being financed by Ram, Suburban and F-150 sales, but hey, the money has to come from somewhere.) 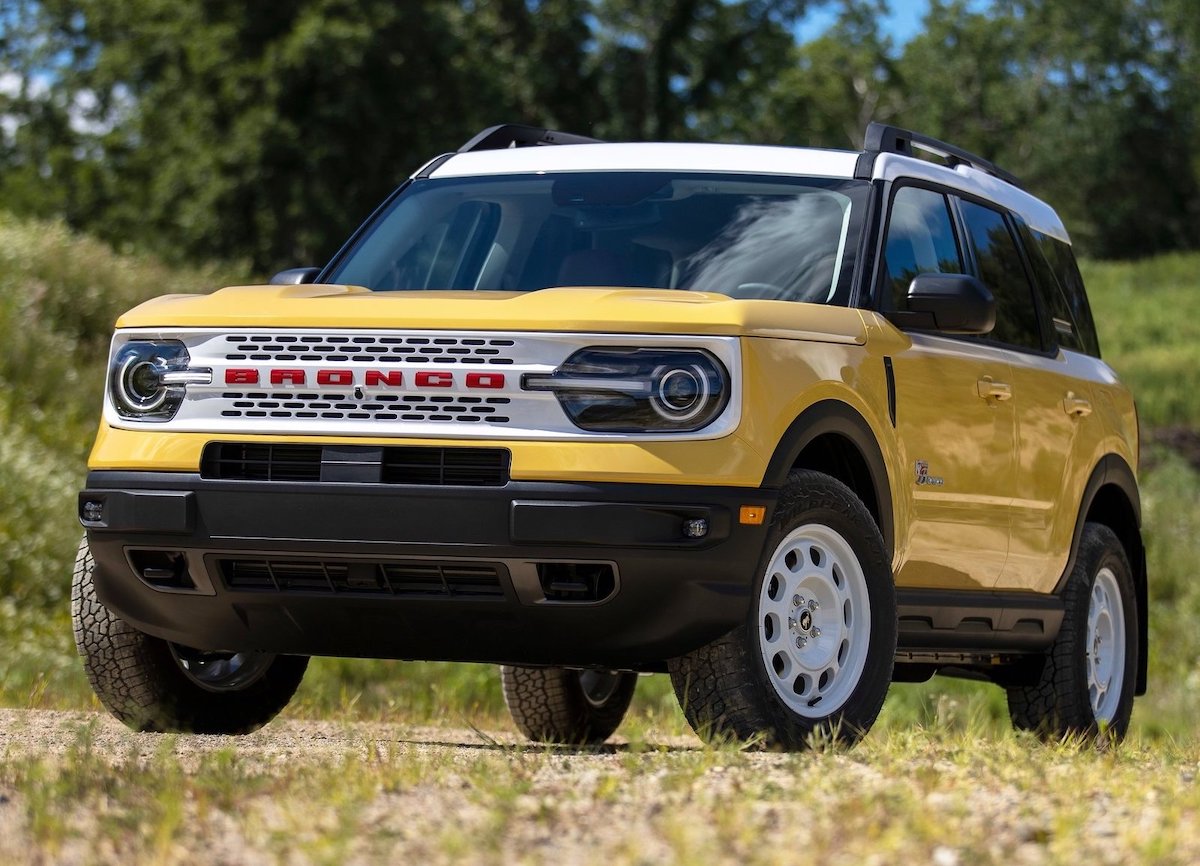 But there’s a bigger, and slightly more concerning point to be made here from this news. Increasingly in America, the new car market is a market for rich people; between supply chain crunches and trends I listed above, the average new car price has skyrocketed to more than $48,000. Want a nice, cheap, new car? More and more, the answer from automakers is “too bad, buy a nice used car instead—if you can find one.” New cars are increasingly out of reach for many people, except those with deep pockets or those willing to take on huge payments over long terms. Now, that trend seems to be coming to Europe as well. And it’s a trend that could continue well into the future, since truly affordable EVs aren’t really on the horizon until battery costs get scaled and R&D costs go down.

Europe, your car market is about to be a lot more American—and I mean that in more ways than one. My suggestion would be to cope with it the way we do: by investing heavily in Punisher decals for the F-Series trucks you’ll all soon be driving.

Editor-at-Large at The Autopian.
Read All My Posts »
PrevPreviousThe Men Who Helped Carlos Ghosn Escape Had A Far Worse Fate
NextThe Tesla Semi Has A Weird And Annoying Issue With Its WindowsNext