Good morning, Autopians, and happy Monday! I just flew back from Los Angeles, and boy are my arms tired. (Don’t roll your eyes like that; old jokes are the best jokes.) Today, we’re going to look at two different ways of efficient commuting from days gone by, but first, let’s look at the results from Friday’s tow-truck matchup:

Huh, that’s more lopsided than I expected, given how evenly matched the two trucks are in capability and condition. Did the branded title really scare off that many people? That might be worth investigating at some point: how much does a dirty title really matter on a twenty-year-old vehicle?

But today, we have smaller matters to consider, in the form of two different city vehicles. I couldn’t help but notice the price of gasoline in the LA area: still well over six dollars a gallon. This got me thinking about all the times throughout the years that automakers, big and small, introduced the next big thing meant to save drivers on fuel. So we’re going to look at a car from the 1990s that only sips gas, and one designed in the 1970s that doesn’t use any at all. 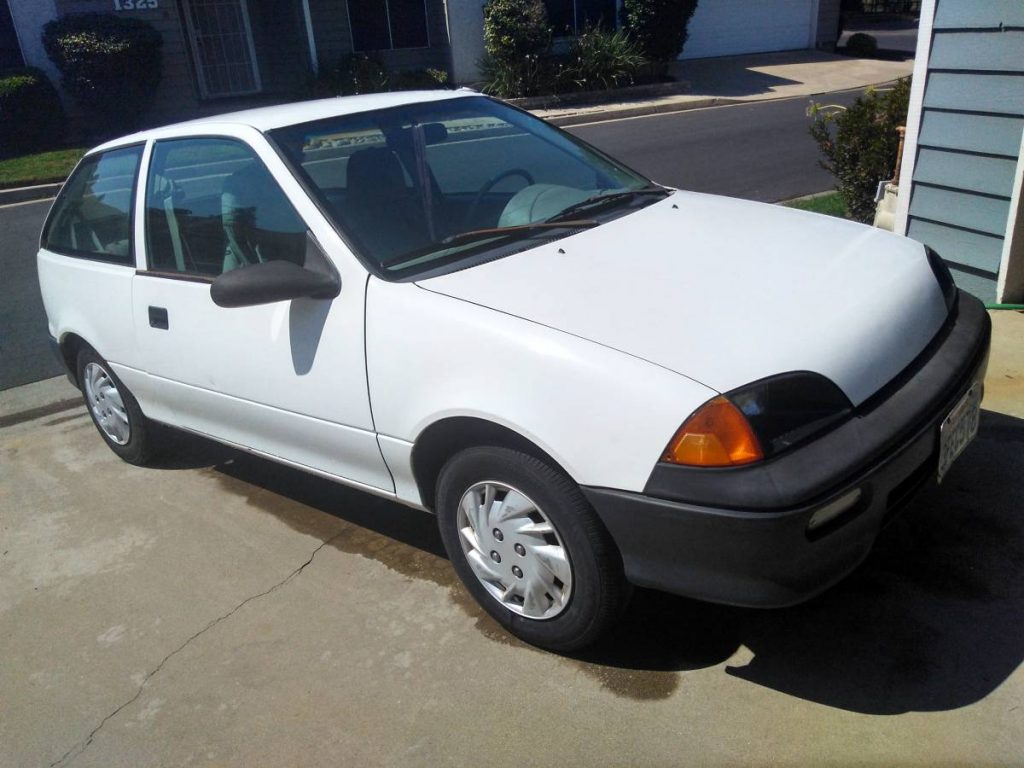 Darling of hypermilers and fuel efficiency enthusiasts, the Geo Metro is the poster car for good gas mileage. That’s especially true of this XFi variant, which used a milder cam and longer gearing among other minor fuel-saving tweaks. These changes improved fuel economy quite a bit, but took some spring out of the Metro’s step, and it didn’t have a whole hell of a lot to begin with. 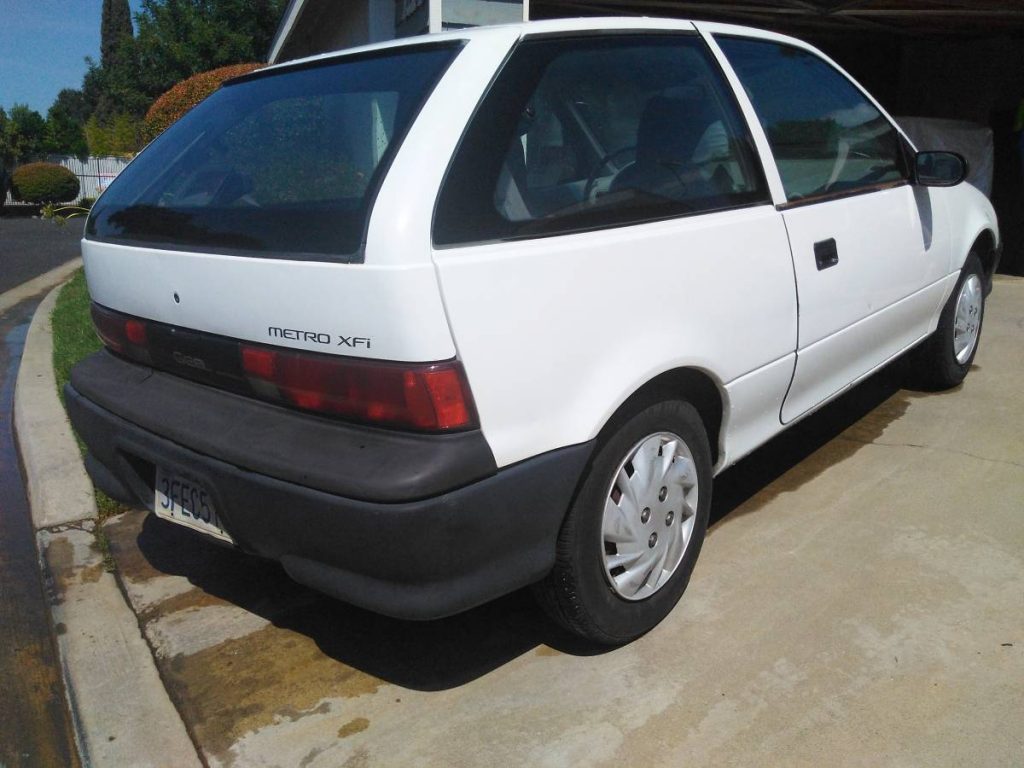 Still, the Metro is a charming little car, and even fun to drive in that go-kart sort of way. It’s feather-light, completely mechanical, and never lets you forget you’re in a car stripped to its bare essentials in the name of fuel economy, but at least it’s honest about its intentions. 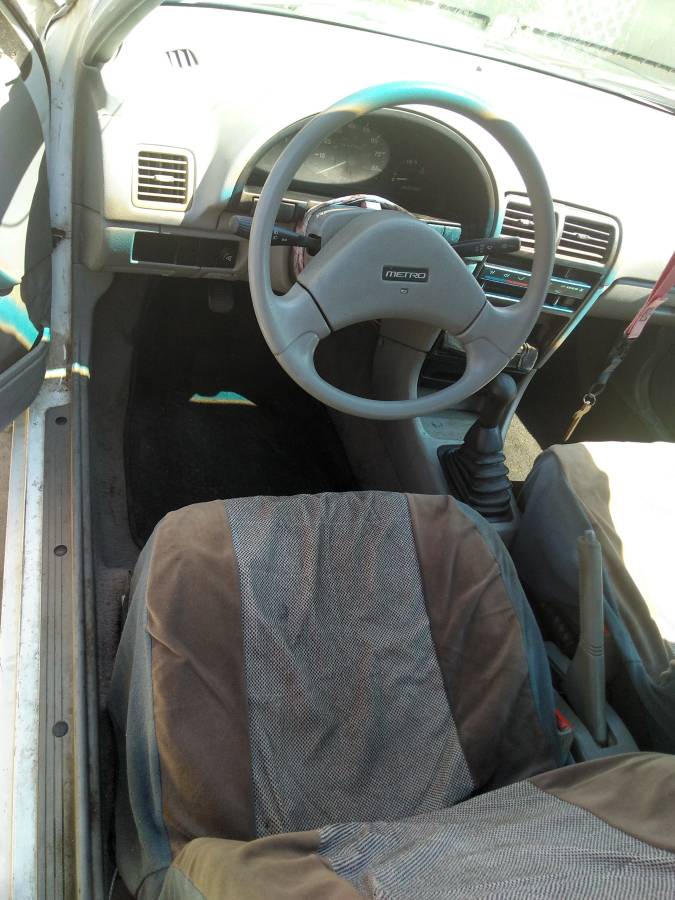 This Metro has what can only be called a shit-ton of miles on it, nearly three hundred thousand. That’s a lot for any engine, but this tiny three-cylinder has been rebuilt and is said to run well and pass a smog test. The seller notes a minor problem with the 5 speed manual transmission, stating that you must come to a stop to shift to second or first gear. This is indicative of worn-out syncrhonizers in the transmission, but you can always double-clutch it. (Apparently the seller doesn’t know how.) 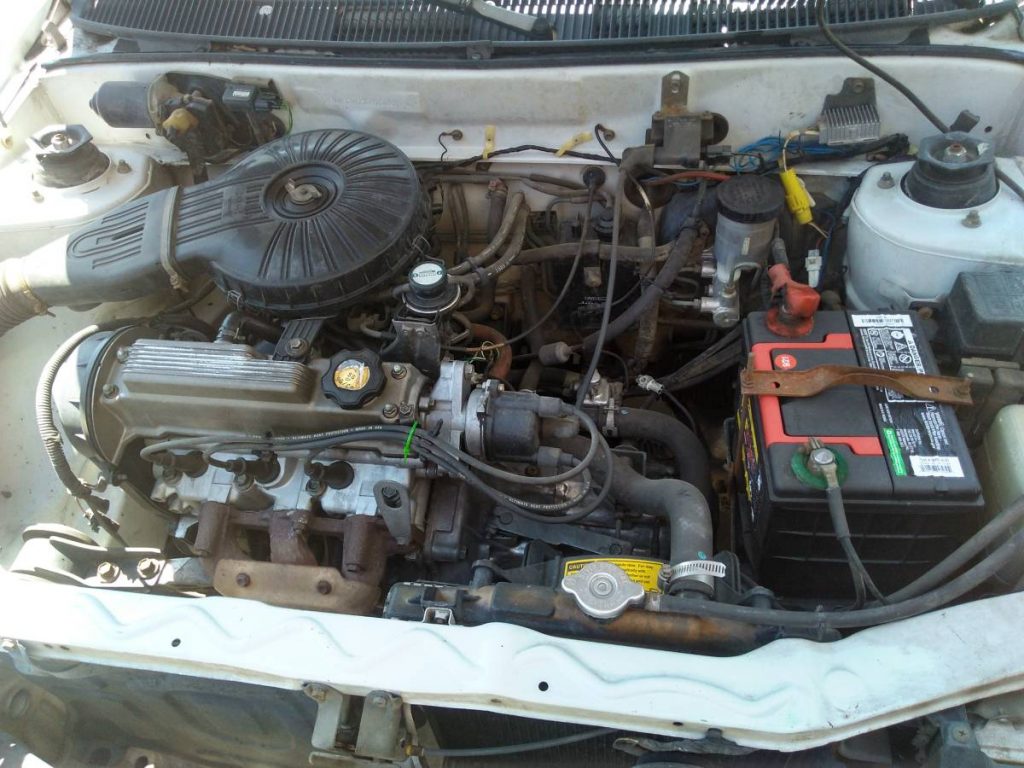 Even with all the miles, this Metro looks pretty good. The seat cover isn’t surprising, because I think the seat fabric was actually tissue paper on these, and it’s probably not in great shape under there. But nothing looks abused or egregiously broken, and the outside looks fine. Except for the color, that is; why are so many economy cars white? 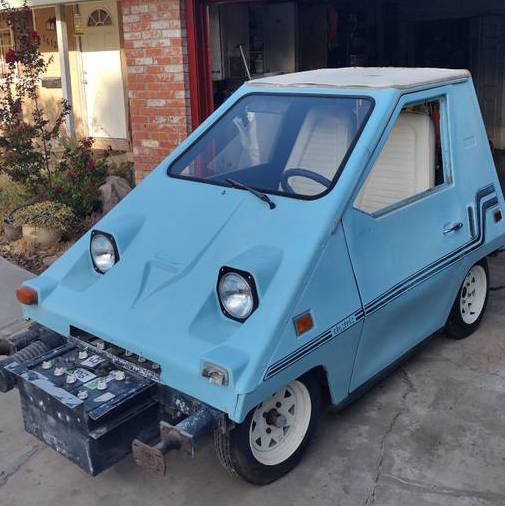 Runs/drives? Should, with new batteries

When people say “Electric cars have come a long way,” it’s important to realize just how far. Decades before the Nissan Leaf, before Polestars and Plaid Modes, there was Sebring-Vanguard and their tiny wedge called the Citicar. And as quaint and ridiculous as this car may look today, Sebring-Vanguard sold enough of them to become the number-six automaker in the country in 1976, behind the Big Three, AMC, and Checker. Not bad for what basically amounts to an enclosed golf cart with a license plate. 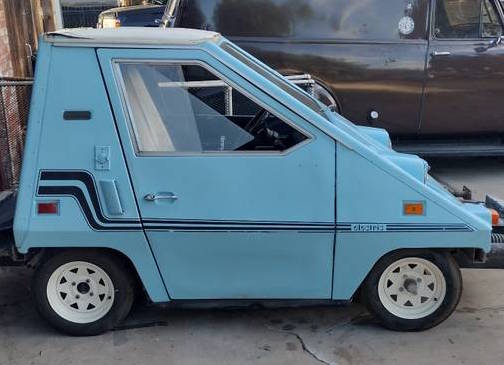 By 1980, when this car rolled silently off the lot, Sebring-Vanguard had been bought out by Commuter Vehicles, Inc., and the car had been renamed the ComutaCar. Gigantic 5 MPH bumpers were added to satisfy DOT requirements, and the batteries (eight 6V lead-acid units, as far as I can tell) were moved from under the seats to a pair of trays at the front and rear. 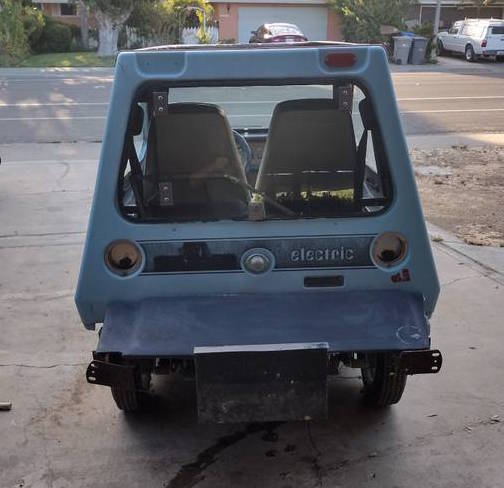 This ComutaCar covered 2,400 miles early on, and then sat disused. The batteries are, as a result, toast. But they’re all present, so you can get your core charges back when you replace them. The original wheels and tires are long gone, replaced by a set of Harbor Freight trailer wheels and tires. Normally I wouldn’t suggest these as a safe alternative to real automobile road tires, but the ComutaCar has a top speed of under 40 MPH, so they’re probably fine. 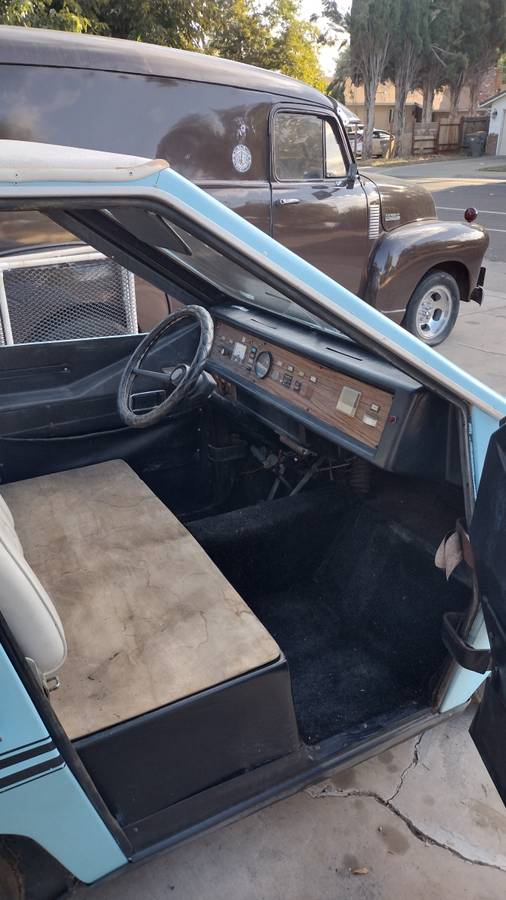 From what we can see in the photos, it looks like it’s in decent shape. It’s probably not very useful in its original spec, with an absurdly primitive three-step microswitch-activated speed control, but with new batteries and a modern controller, it would probably run all right. You could up the voltage from 48 to 72 without much trouble (6×12 volts instead of 8×6 volts). And if the motor needs replacing, that’s another opportunity to upgrade.

Everybody wants to save money on gas when the price spikes. The best way is still to just drive less – and drive slower – but if you want to pick a cheap vehicle to help you save at the pump, here are a couple options for you. Which one will it be?

Pacific Northwest-based self-taught DIYer of all the things. Current fleet: 1971 MGB GT, 1989 Chevy K1500, 2013 Chrysler 300C, 2003 Infiniti QX4, and 1966 Aristocrat Land Commander trailer. Not to mention about 40 RC cars and around 100 model kits...
Read All My Posts »
PrevPreviousCold Start: Meet One Of My Favorite Cars From The Autopian Meetup!
NextUsed Car Buyers Are Willing To Sacrifice For Cheap Cars: ReportNext