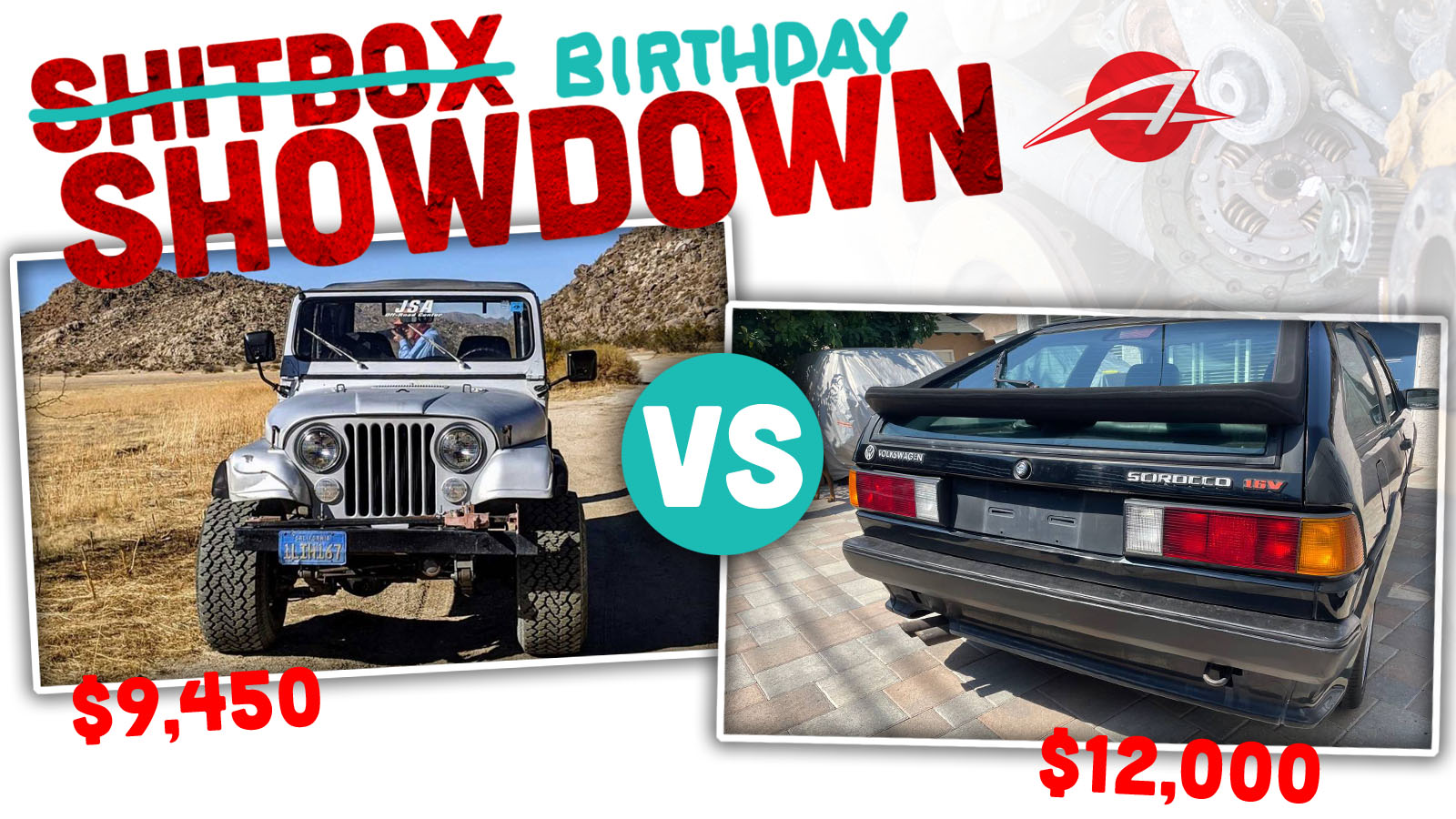 Good morning, and happy Friday to you all! Today, we’re throwing the rulebook right out the window, and looking at a couple of vehicles I would have gone gaga over in high school, and would still love to have today. Why? Because tomorrow is my birthday, and I can.

So first, let’s settle up on our crossovers:

I guess that’s what I expected. I, however, disagree, and would take the Tribute if given the choice between these two. I do all my own maintenance and repairs, and a two-wheel-drive vehicle with an inline four sounds like a whole lot less hassle than all-wheel-drive and a transverse V6. And Lexus or not, at 230,000 miles, something will need work soon.

But anyway. Yes, Autopians, tomorrow is my birthday, and it’s a major one: the big five-oh. Half a freaking century. It means I’m eligible for AARP, and people can start using adjectives like “hale and hearty” to describe me. And yet, I’m looking forward to it; turning forty didn’t bother me much, and fifty just seems like the same thing, only more so. I’m calmer and more comfortable in my own skin than I was when I was younger, and I don’t give a damn what anyone thinks of my appearance, musical tastes, or vehicular choices any more. I just like what I like.

The only trouble is that, as my grouchy British colleague pointed out yesterday, so much of the pop culture and fashions of my youth have been co-opted by younger generations that it takes a lot of the fun out of reminiscing. What’s an aging Gen Xer to do? Screw ’em; this stuff was ours first. Nostalgia doesn’t come cheap, however, and I can’t shake the feeling that I should have bought one or both of these when I could afford them. 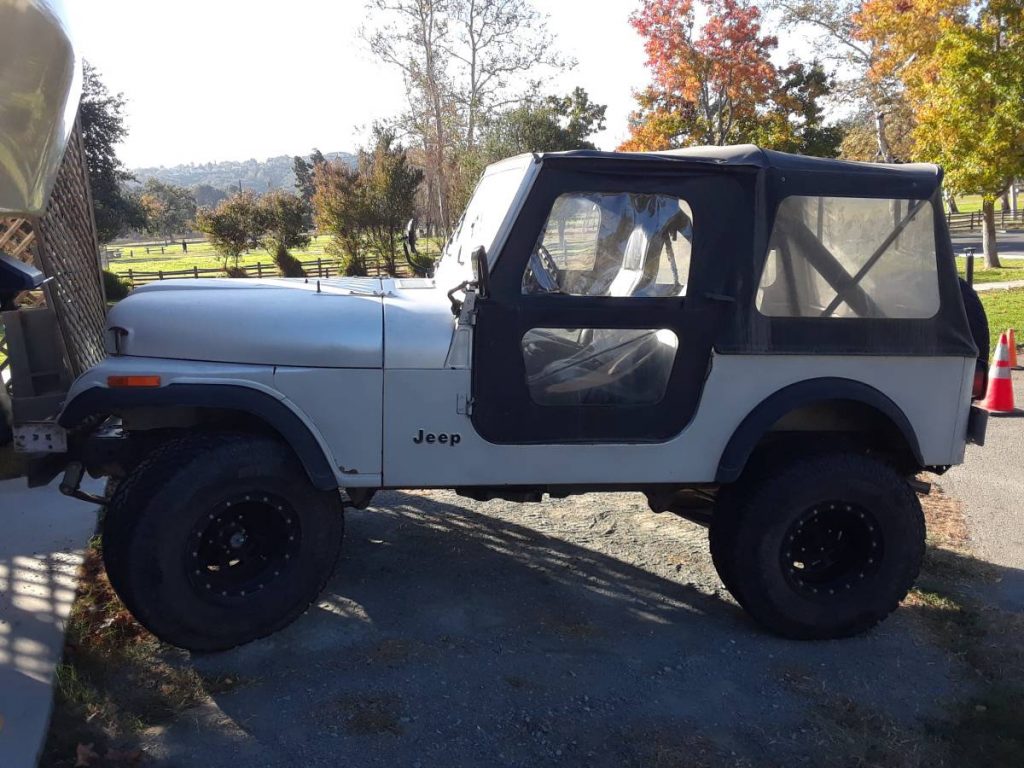 Runs/drives? It had better, for this price

Our new California resident and editor-in-chief David Tracy isn’t the only one around here with a fondness for Jeeps. I learned to drive in a CJ-8 Scrambler, and I’ve been a huge fan of CJ Jeeps ever since. I’ve never had the opportunity to own one, but I would certainly like to one day. And this CJ-7, or something like it, wouldn’t be a bad choice at all. 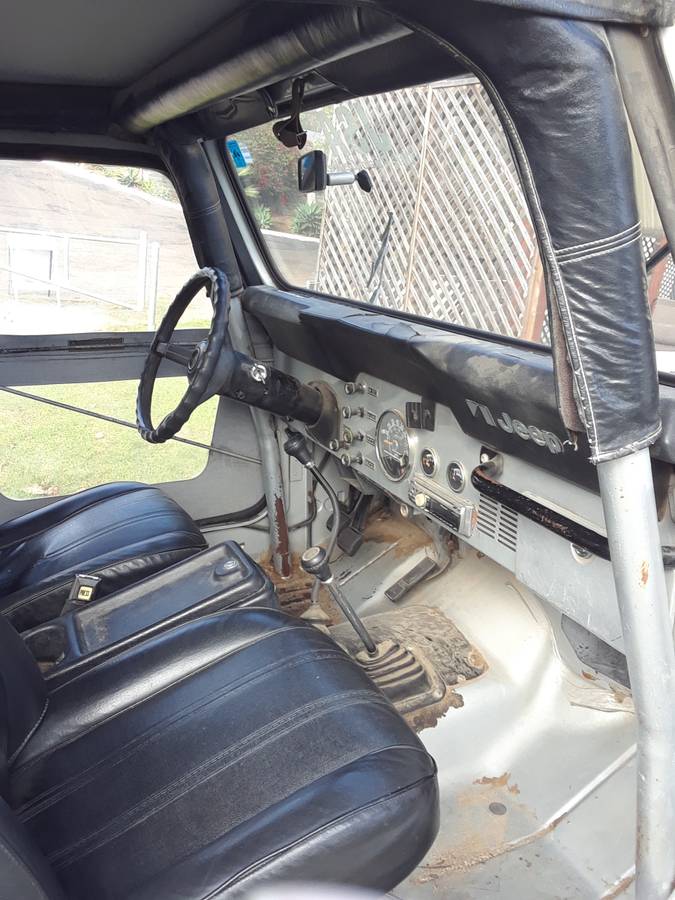 This Jeep is powered by the tried-and-true AMC inline six, converted to electronic fuel injection, which sends power through what I’m assuming is a four-speed manual to the rear wheels, or, with the pull of a lever and the twist of the front hubs, all four wheels. It has a little bit of a lift, as so many do these days, as well as a roll cage. I’m not overly fond of the wheels the current owner has chosen, but they could be worse. 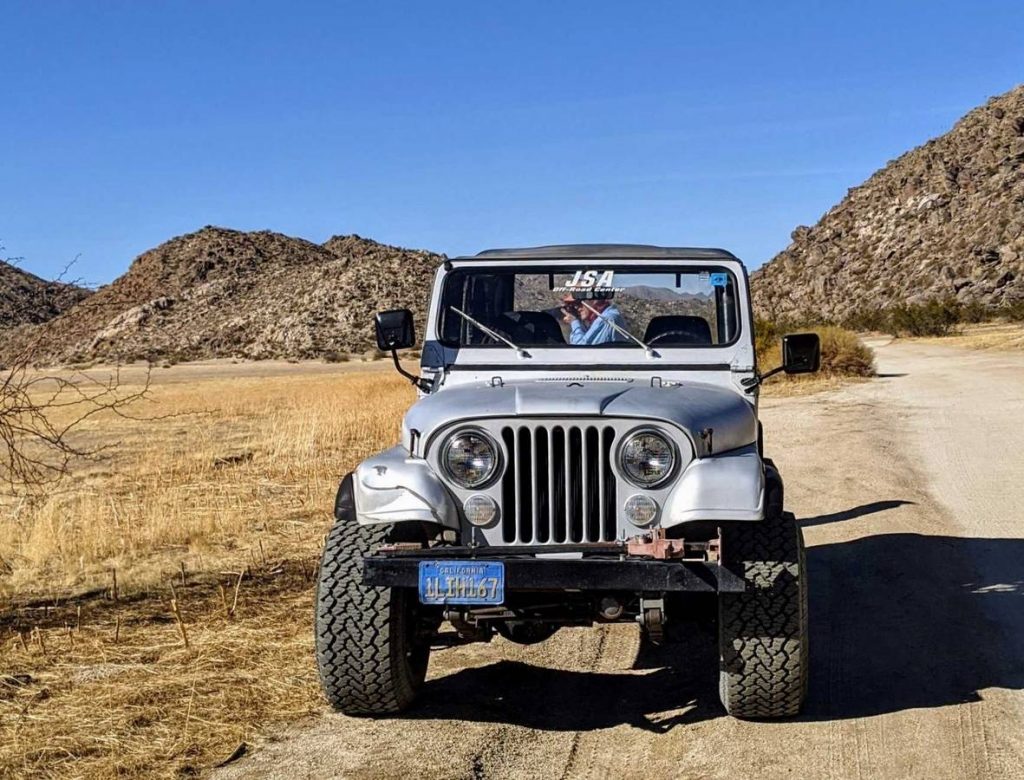 There is just something inherently cool about this era of Jeep. It has a no-nonsense look about it, and an eager countenance that is game for anything, ready for a good time, not Very Serious and Angry like so many modern Jeeps. This is a toy, and it looks like one. The seller says it is driven daily, but I don’t think I could put up with the harsh ride every day at my age. (Good grief; did I really just use the phrase “at my age”?) 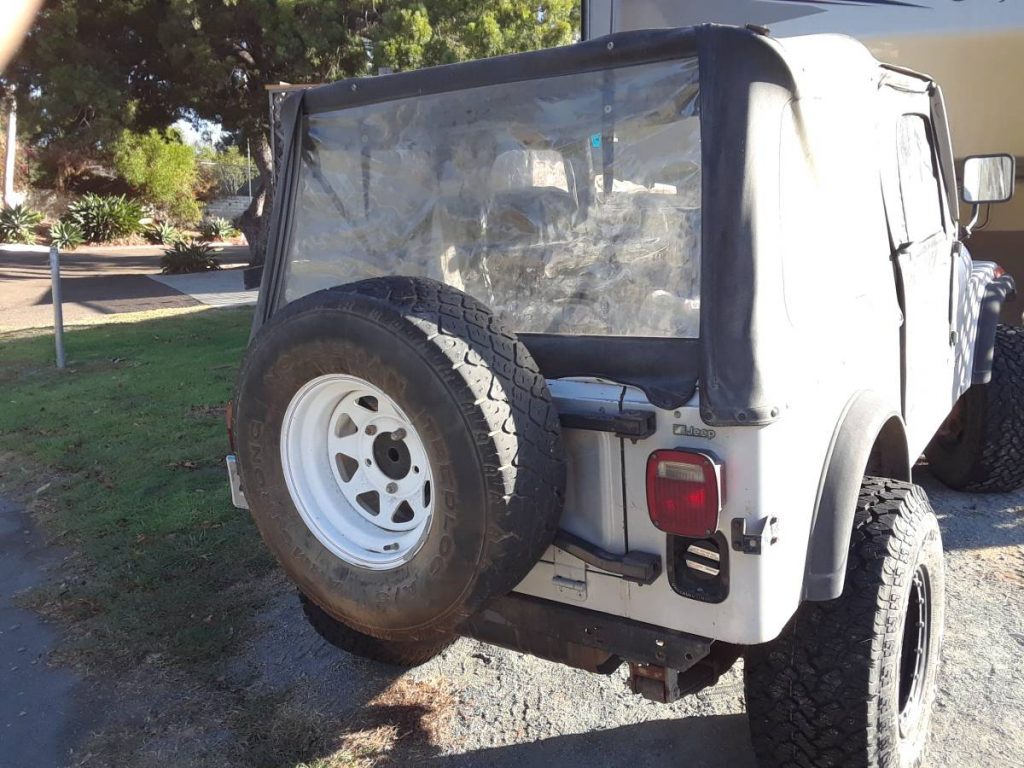 I suppose I am a bit too old to set it up with a pirate radio broadcast rig and go tearing around town with Samantha Mathis, but I can pop in a Was (Not Was) tape and pretend. 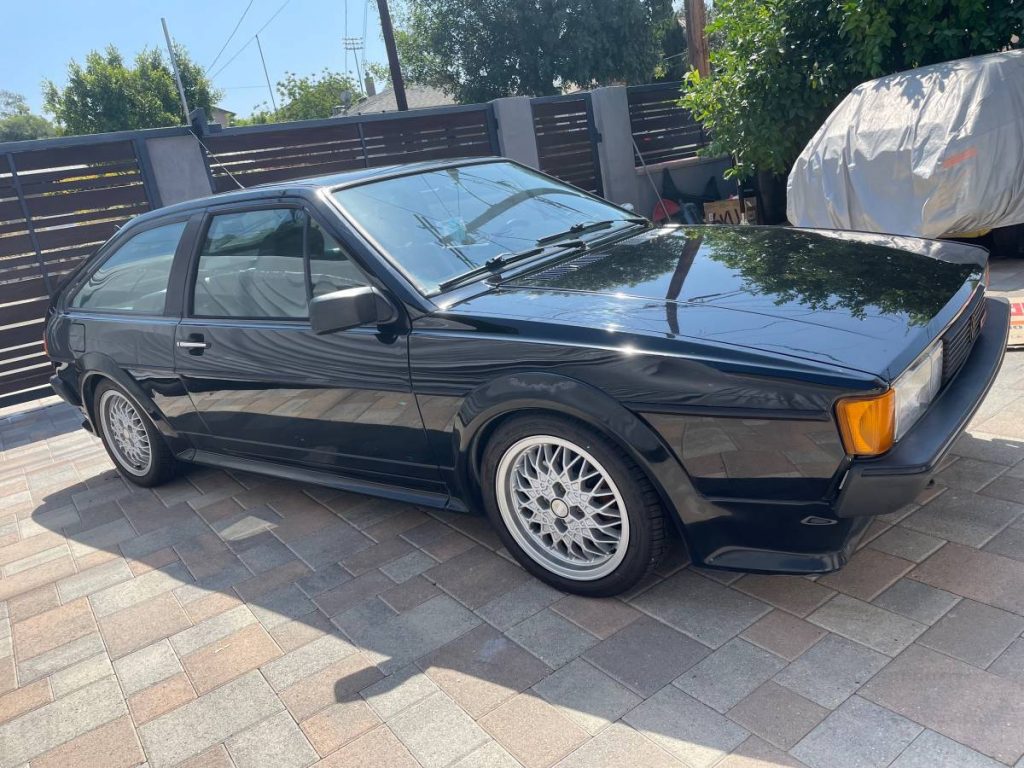 This one I’m a bit upset about. Back in 1989, when I drove a Scirocco, nobody thought it was cool except me. For decades afterwards, these early watercooled VWs languished in obscurity at the bottom end of the used car market, just waiting for me to have a place to park a project car, until just a few years ago when they suddenly became cool and prices went through the roof. I cannot believe that this car is twelve thousand dollars. 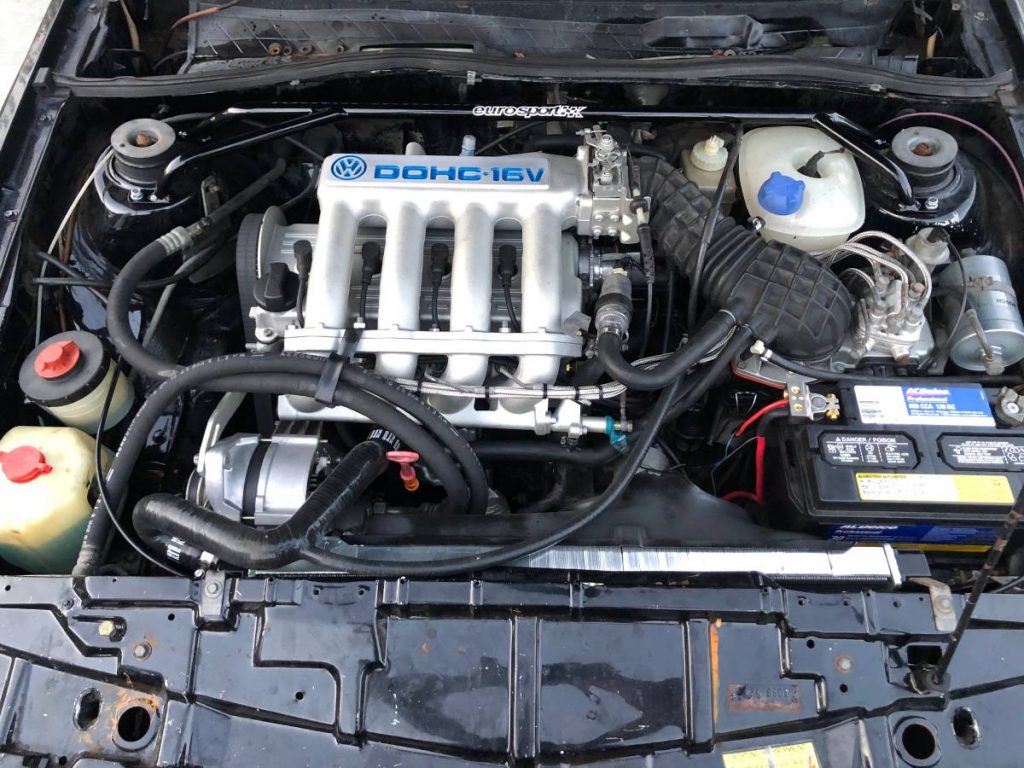 For a brief period, this Scirocco’s twin-cam 16-valve engine, also available in the Golf GTI and Jetta GLI, was the most powerful Volkswagen engine ever. I tried to get my Firebird and Mustang loving friends interested in this fact. No one cared. This 16V engine has been overhauled and had some head work done; it runs perfectly and just passed a smog test. It’s coupled to a five-speed manual, the only transmission available with this engine in those days. 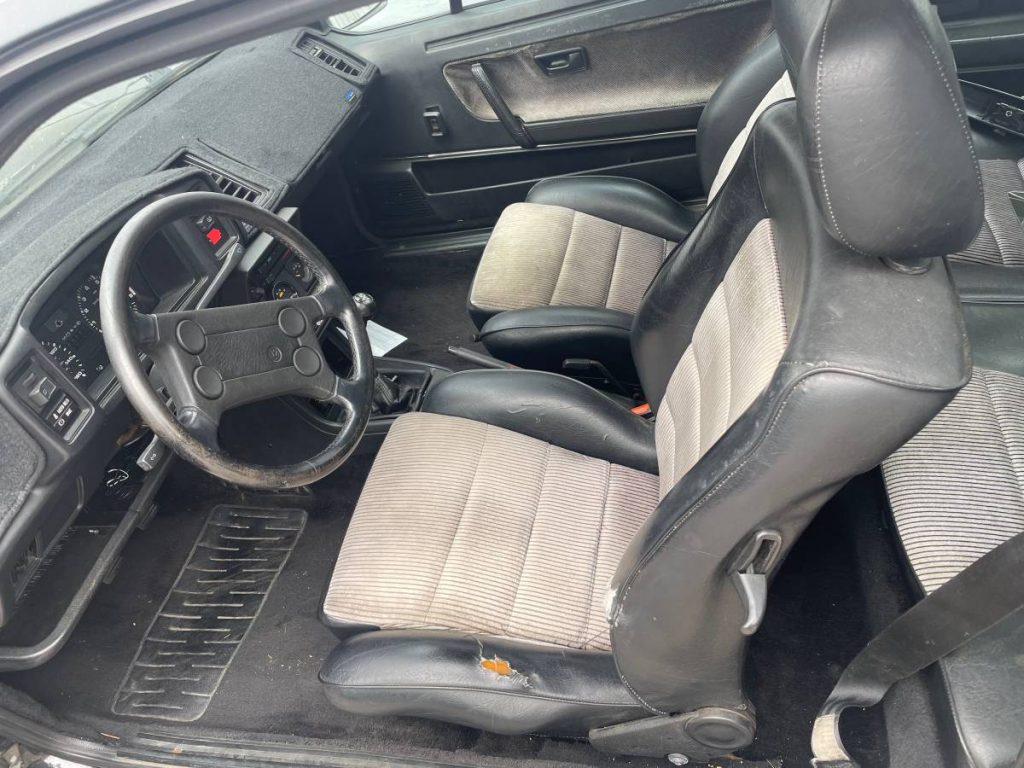 It has had some suspension work done, and a little visual updating in the form of European-spec lights and bumpers, but it’s a lot closer to stock and original than you usually find these cars, and at least the suspension is merely lowered and not slammed. it’s fairly clean inside too, with only the characteristic wear spots on the driver’s seat bolsters and a little wear on the steering wheel. I do suspect there are a couple of cracks under that dashboard cover, but you’re unlikely to find one these days that isn’t cracked. 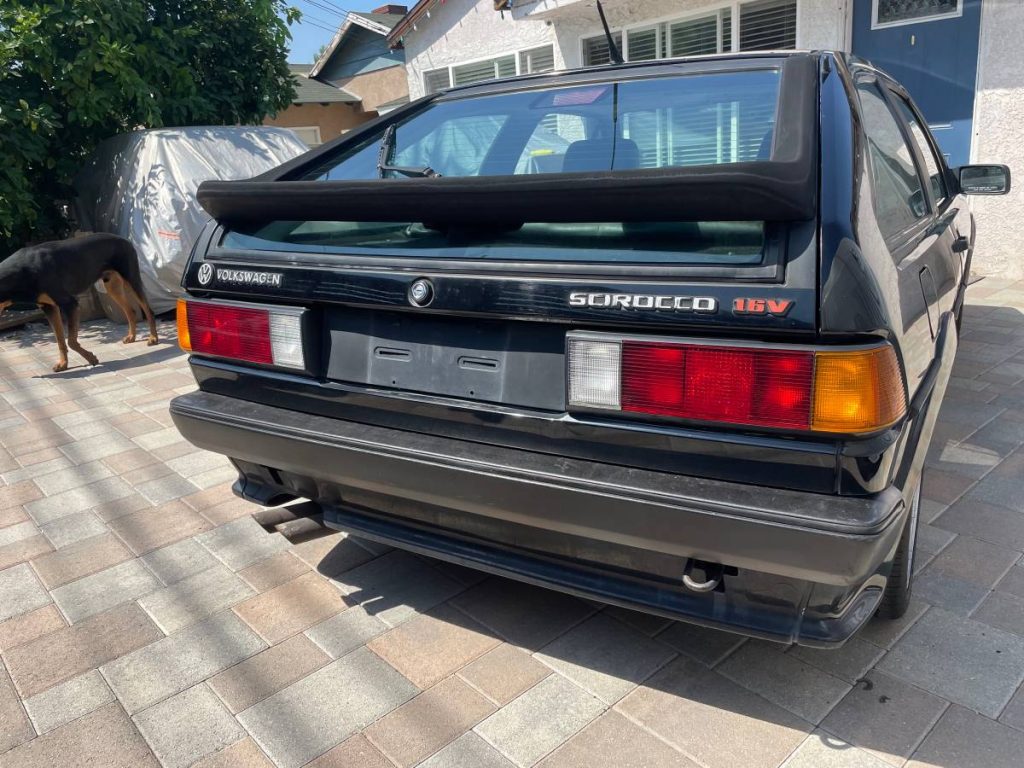 I still think this is a cool car, even though everyone else thinks so now too. And it’s a car I absolutely would drive daily, five-figure price tag be damned. And I would absolutely get an original Fahrvergnugen window sticker for it.

We’ll get back to our usual junky fare on Monday, after my odometer rolls over to the next big number. In the meantime, which ride are you taking with me?