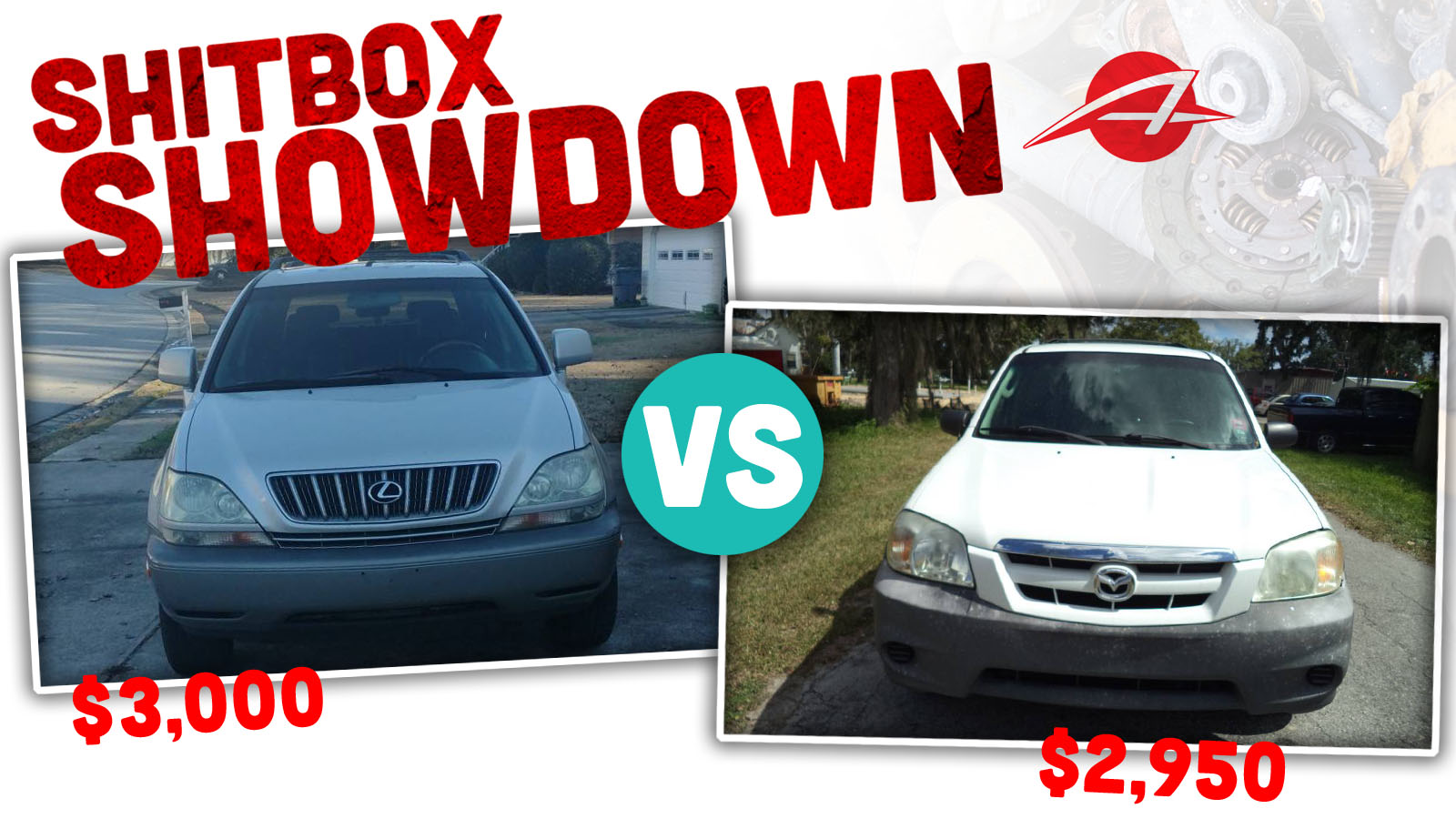 Welcome back to your favorite way to waste time in the morning, Shitbox Showdown! This morning, we’re traveling south of the Mason-Dixon line to look at a couple of car-based SUVs in an attempt to answer the question: Just what do people see in these things?

First, of course, we need to take a look at yesterday’s results:

The Taurus wins it, and that’s no bull. It’s just more car than the little Topaz. Neither one is a terrible choice, but the Taurus will give you quite a bit more for your money.

Love ’em or hate ’em, crossovers are here to stay. They already make up a huge chunk of the automotive landscape, and they’re trickling down to the cheap end of the used car market in large numbers. Are they worth checking out if you just need cheap wheels? Let’s look at a pair of them and see. 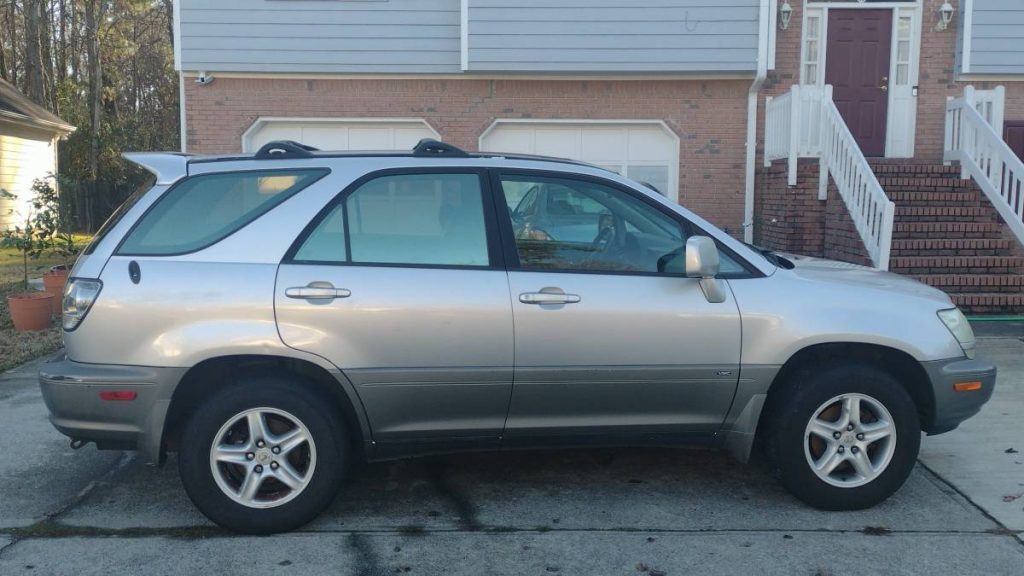 The Lexus RX300 was one of the earliest luxury crossovers, and it quickly became a fixture of the suburban landscape. And I swear ninety percent of them are this color. You’ll be forgiven if you never noticed that there are a dozen of them in every HomeGoods parking lot, even to this day. It was successful because it works: it’s a comfortable, luxurious vehicle that rides like a car, but sits high like an SUV. For the soccer-mom set, who loved the commanding view over the hoods of their Cherokees and Blazers but hated the trucklike ride, it was a revelation. 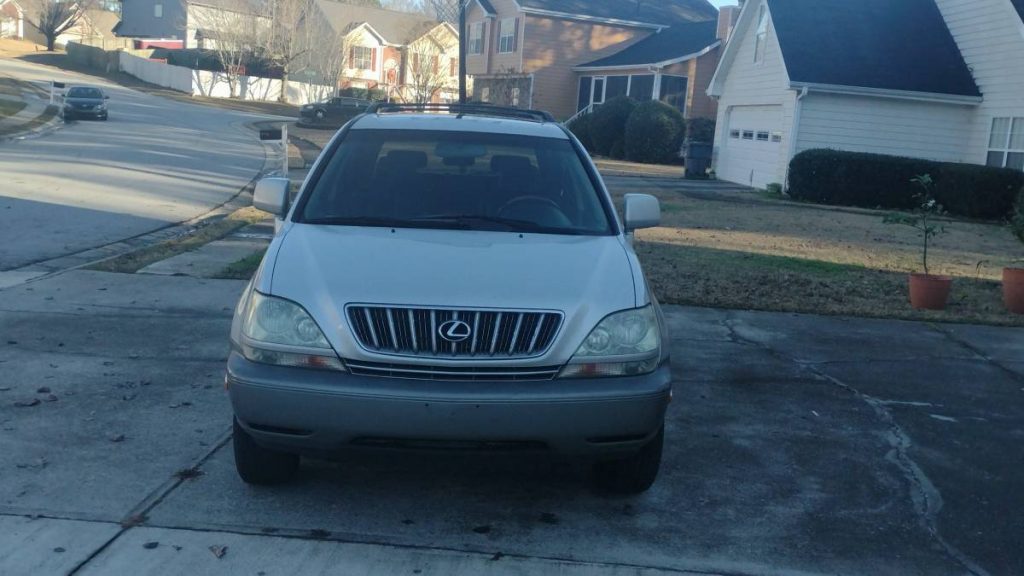 I’ll say this for all of these twenty-year-old RX300s: they’re aging well. Lexus vehicles in general don’t seem to show their age; it’s as if there’s a picture of the car somewhere getting old and rusty and dented while the real thing stays looking new. (Maybe that’s why so many of them are painted Gray.) This one is no exception: At well over 200,000 miles, it looks a little tired around the edges, and that’s it. 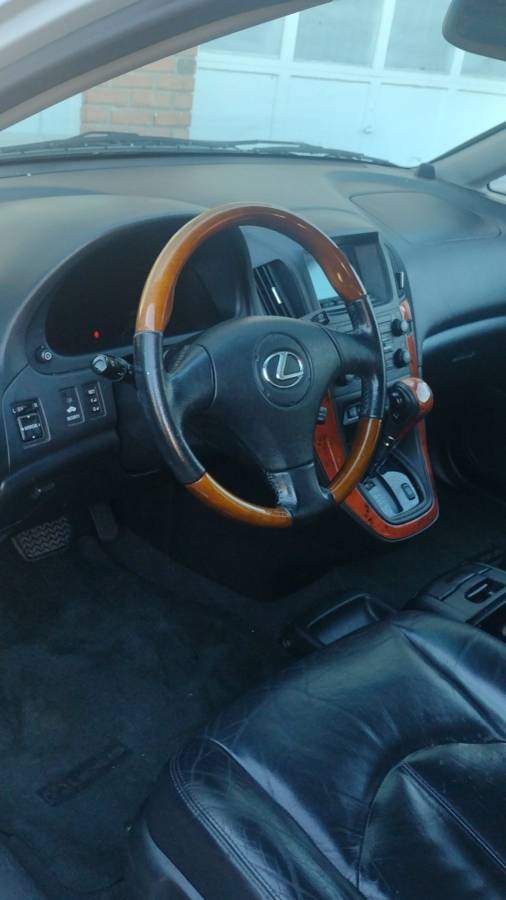 We aren’t given a whole lot of information about this Lexus’s condition, other than an assurance that it has never been in an accident. But it does look clean and well-kept, and as it’s a Toyota under all the leather and power toys, it should be holding up well mechanically. The RX300 is powered by a three-liter V6, and this one is all-wheel-drive. The only available transmission is an automatic, of course. 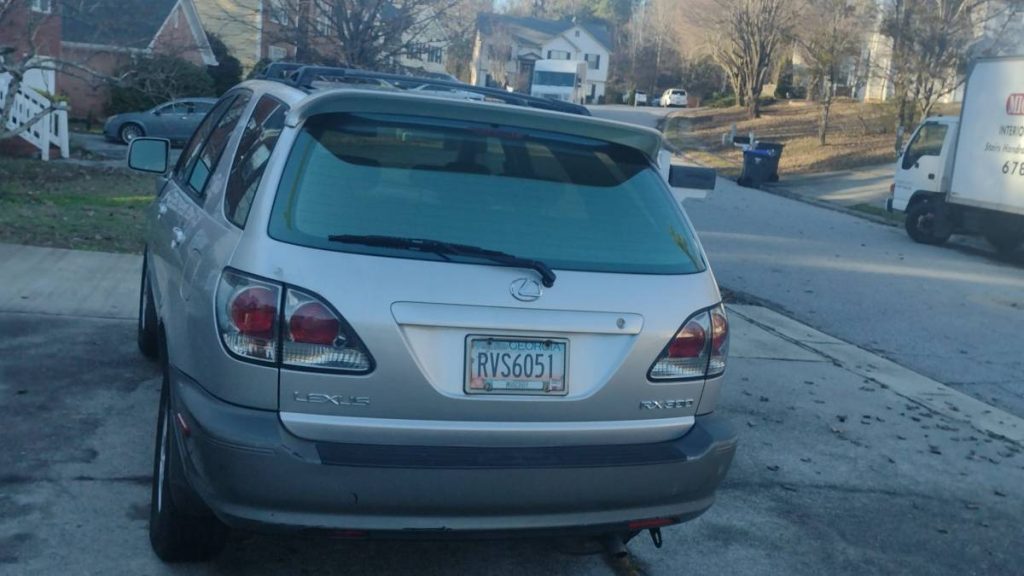 And yeah, I know, this is not the sort of vehicle that us enthusiasts are drawn to. But it is practical, reliable, and nice, and for most people who don’t know what an apex is and have never taken something apart on a car for fun, there is a lot of appeal in that. 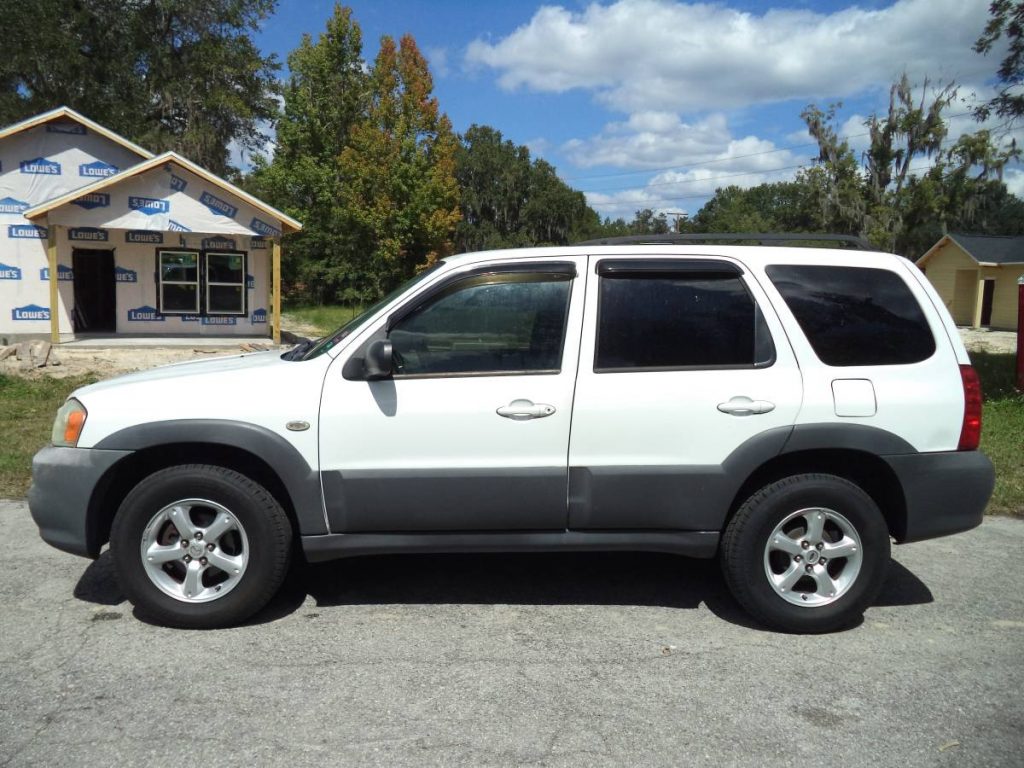 This is, of course, not the best SUV in the world. This is just… well, you know. The Mazda Tribute is the sister model to Ford’s Escape; it’s a handsome little unibody SUV meant for making Costco runs rather than blazing trails off-road. This one especially is confined to the pavement – it’s only front wheel drive. Tributes and Escapes were available with four or six cylinder engines; this one has Mazda’s well-regarded 2.3 liter MZR twincam four. You could get a Tribute with a stick, but sadly this one only has two pedals. 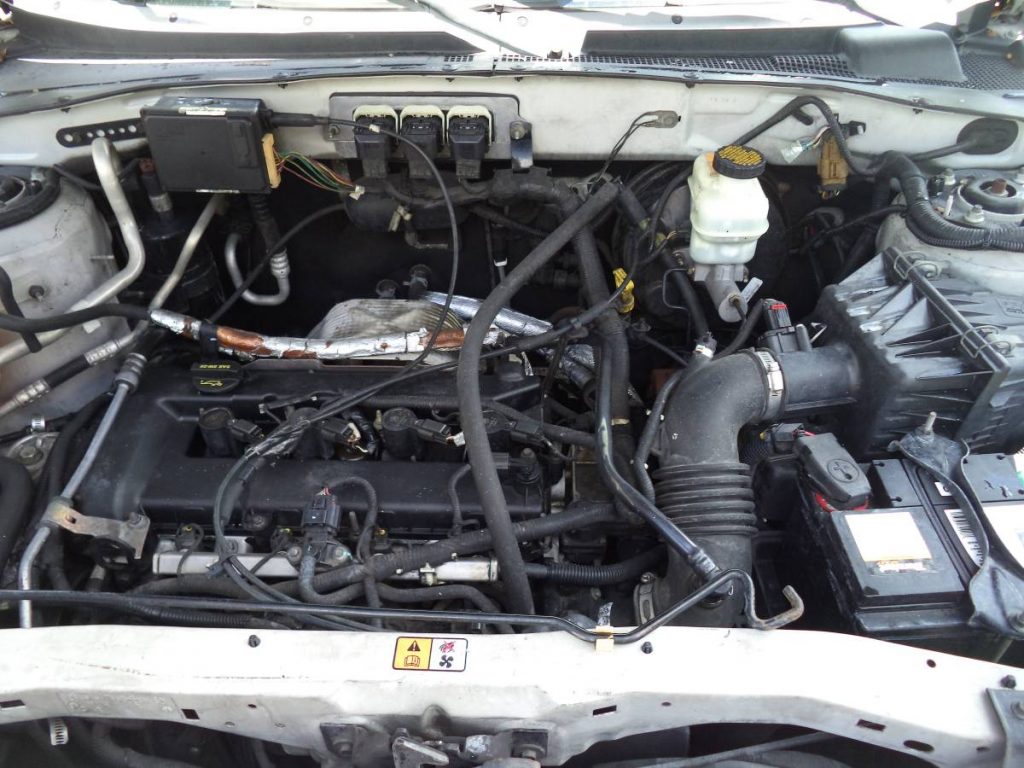 This Tribute has a bunch of miles on it, but it looks well cared-for. And despite the bargain-basement powertrain, it’s well-equipped otherwise, and everything still works. This seller has several other listings, including another Escape, which makes me think they’re one of those dealers masquerading as a private seller. It doesn’t matter much, but don’t expect to get any history or service records. Be prepared to check it out carefully on your own. 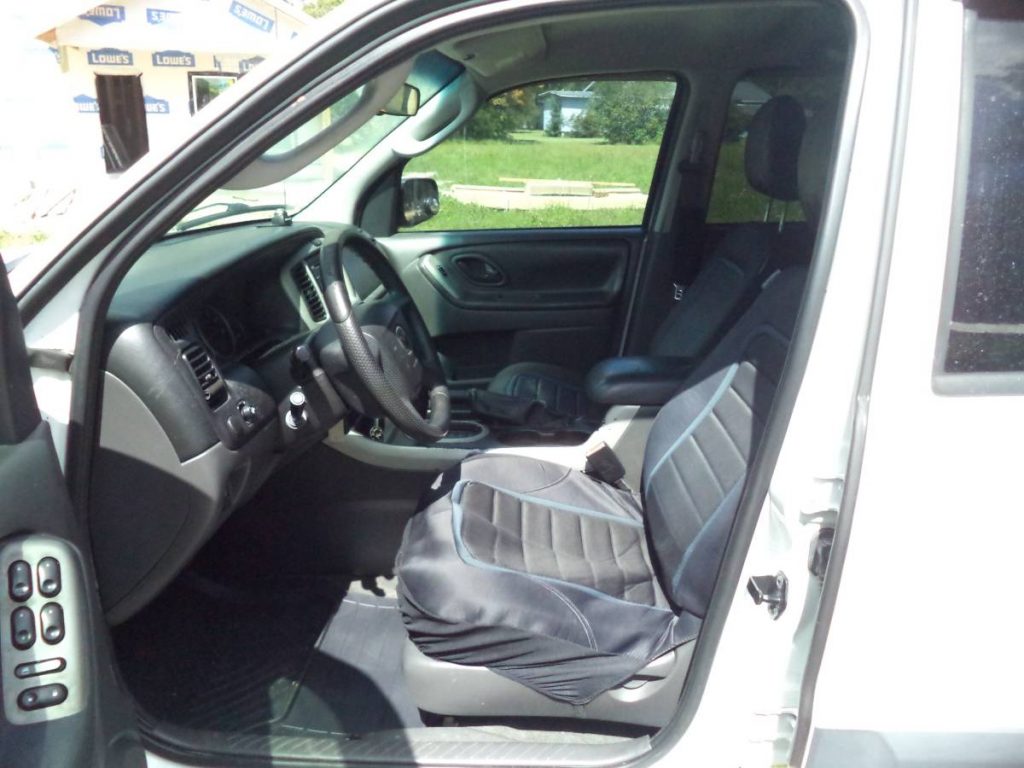 Tributes and Escapes were available in some fun colors, which makes it kind of a shame that this one is refrigerator-white. But beggars can’t be choosers at the bottom end of the used car market; you take the car in the color you can find. At least it has the gray plastic cladding to break up all the white, and it looks clean and straight. 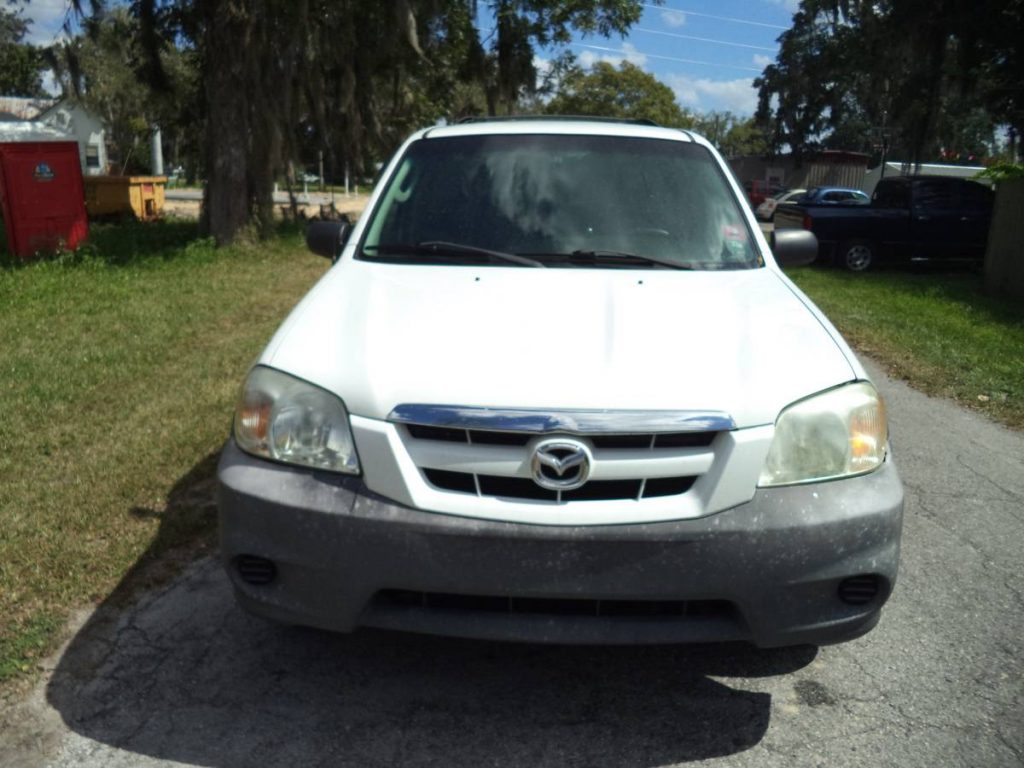 Really, with the four cylinder and the automatic, and only the front wheels driven, this Tribute is hardly an SUV at all. What we have here is a small, tall station wagon. And there’s nothing wrong with that – small wagons are supremely practical vehicles. And there’s nothing wrong with wanting to sit up high so you can see clearly. Again, these things are popular because they work.

Every other vehicle on the road is a crossover these days, so there will be more and more of them for sale  cheap in years to come. But for now, these are what you’ve got to choose from. Which one is worth the money?

Pacific Northwest-based self-taught DIYer of all the things. Current fleet: 1971 MGB GT, 1989 Chevy K1500, 2013 Chrysler 300C, 2003 Infiniti QX4, and 1966 Aristocrat Land Commander trailer. Not to mention about 40 RC cars and around 100 model kits...
Read All My Posts »
PrevPreviousThe Place Where Brown Comes From: Cold Start
NextMercedes Is Recalling 447,659 Vehicles And Some Are Over 20 Years OldNext