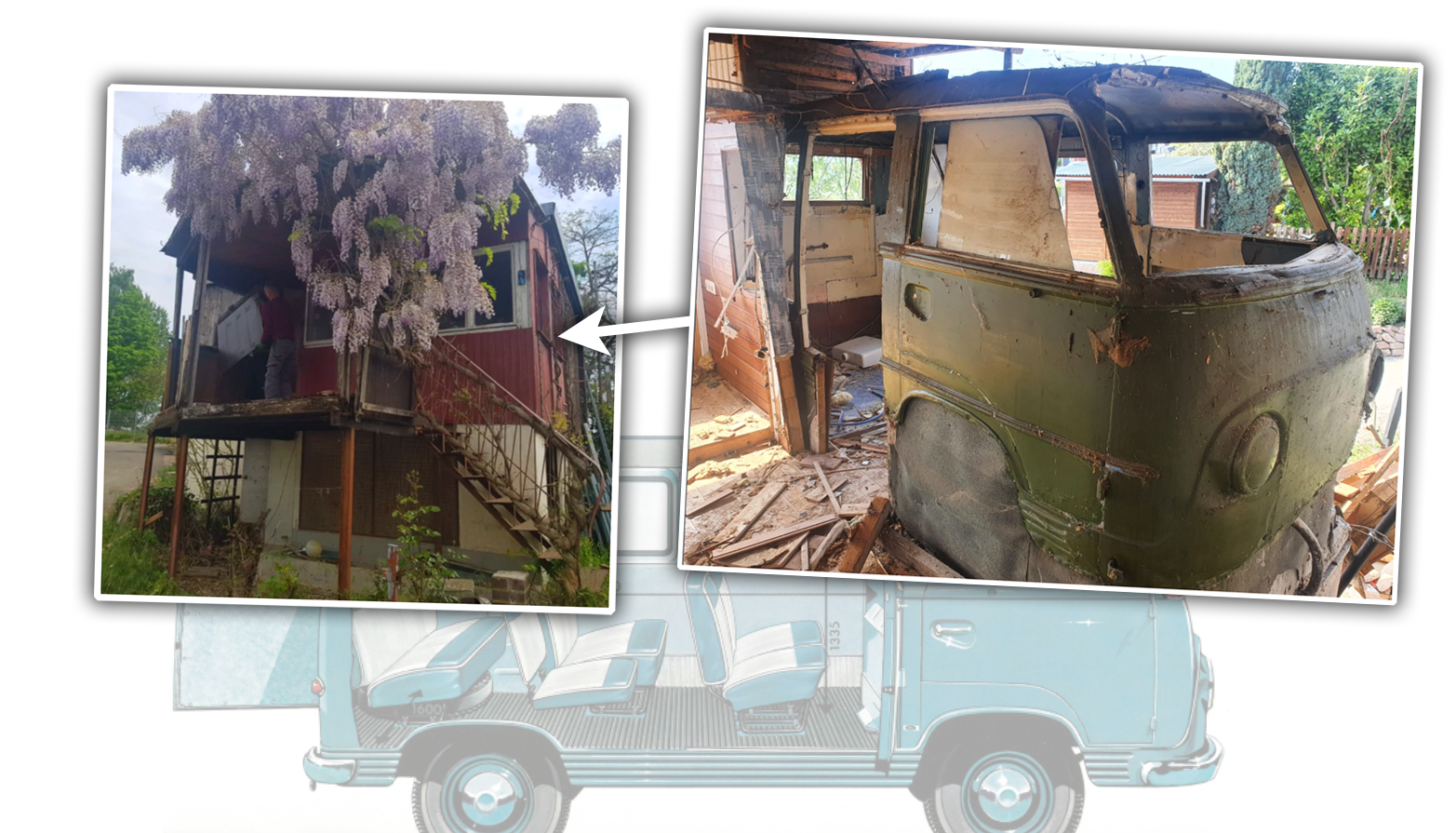 When you’re renovating an old house, you find weird stuff. That’s part of the fun! When I was working on my old house in Los Angeles, for example, I found a massive poster of Barry Goldwater in the attic, and a ’50s-era dirty postcard in the wall of the room I was converting to a nursery. And, sure, posters of old conservative weirdos and topless pics of someone’s great-grandma are fun, but they can’t come close to what a German family found when renovating its old vacation cottage: an entire ’60s-era Ford Taunus Transit van, which had formed the structure of the house’s bathroom. It’s amazing.

The story was relayed, with pictures, on Reddit’s r/interestingasfuck subreddit by a user named ShroomzTV, who explained that the van was found when his family was demolishing the old house. The Redditer gave some more details to explain the situation to delightedly confused readers:

Bit more info: we bought the vacation home in the 90s and there was already an old wooden hut with an outside kitchen. Inside there was a lower doorframe leading to the pantry (driver’s cabin of the bus) and the bathroom (back of the bus). We always wondered why the ceiling was so low but never put it together until today

To address a few questions that came up multiple times in the comments:

What’s really amazing is that the old Transit was not just a bathroom, but formed a bathroom and a pantry, which was made from the cab of the bus. And, it gets even more incredible when you look at the pictures, because the van was on an upper story. Here, look at this–this is the house, prior to demolition: 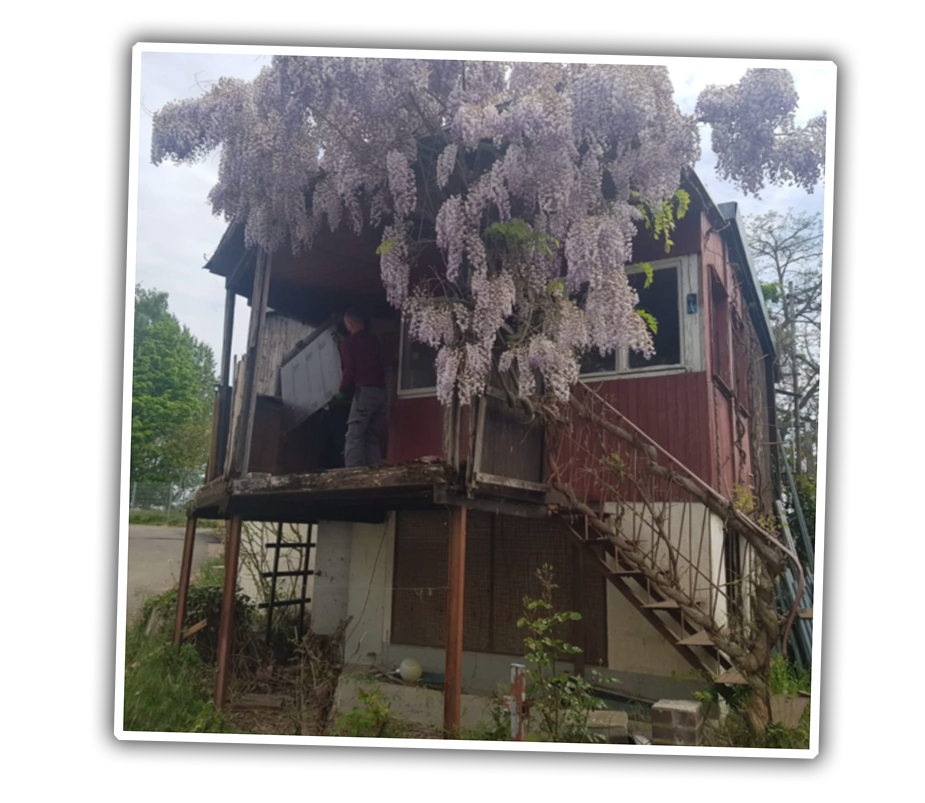 Okay, that’s pretty charming! Now, here’s the location of the bus, in context, as it was discovered, and another shot where you can see its position after the walls were removed (that shot is from the other side of the house from the un-restored house shot): 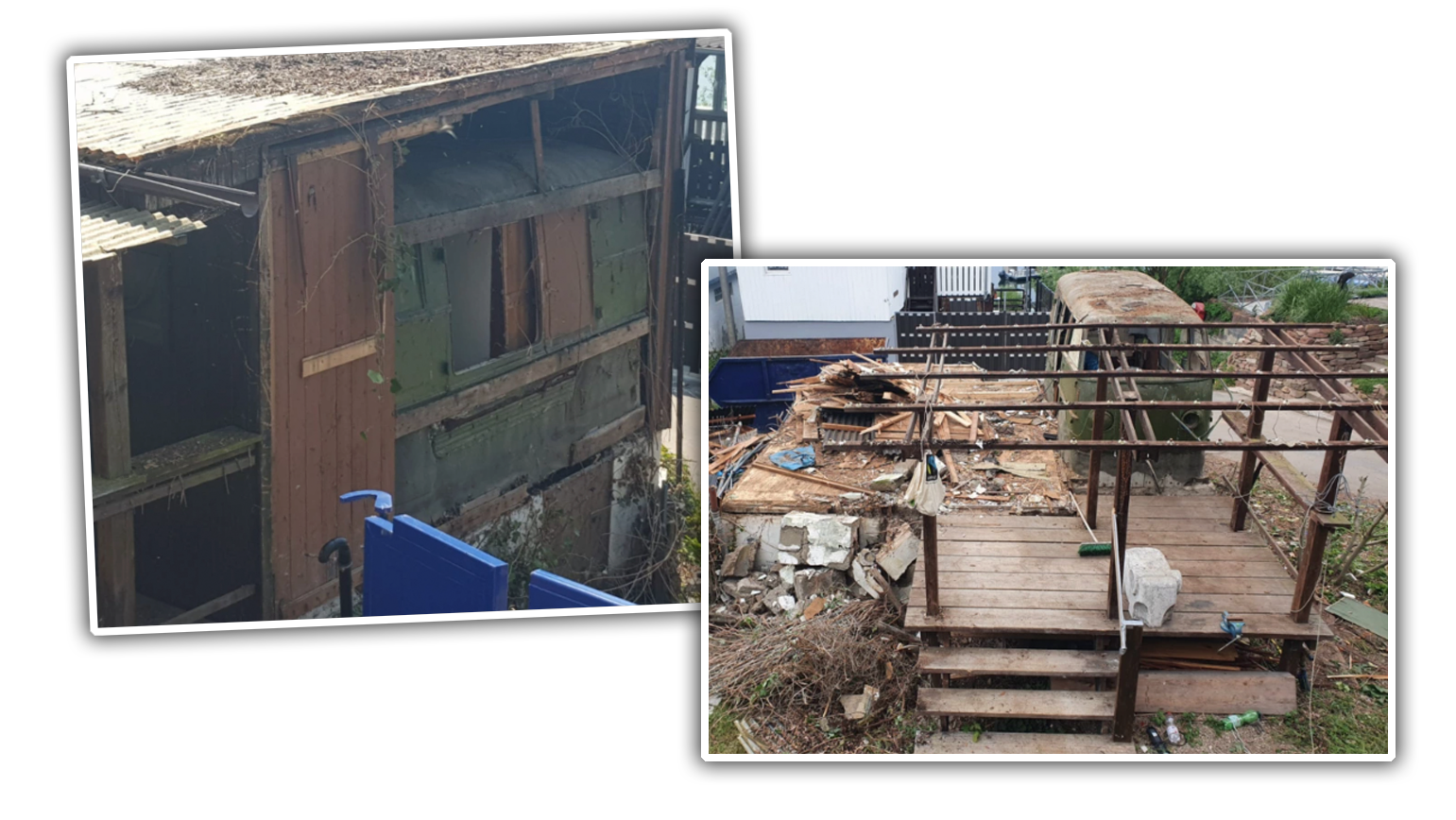 Holy crap. It’s so clever and charming and resourceful I’m losing it. This shot makes it very clear what the bus is: 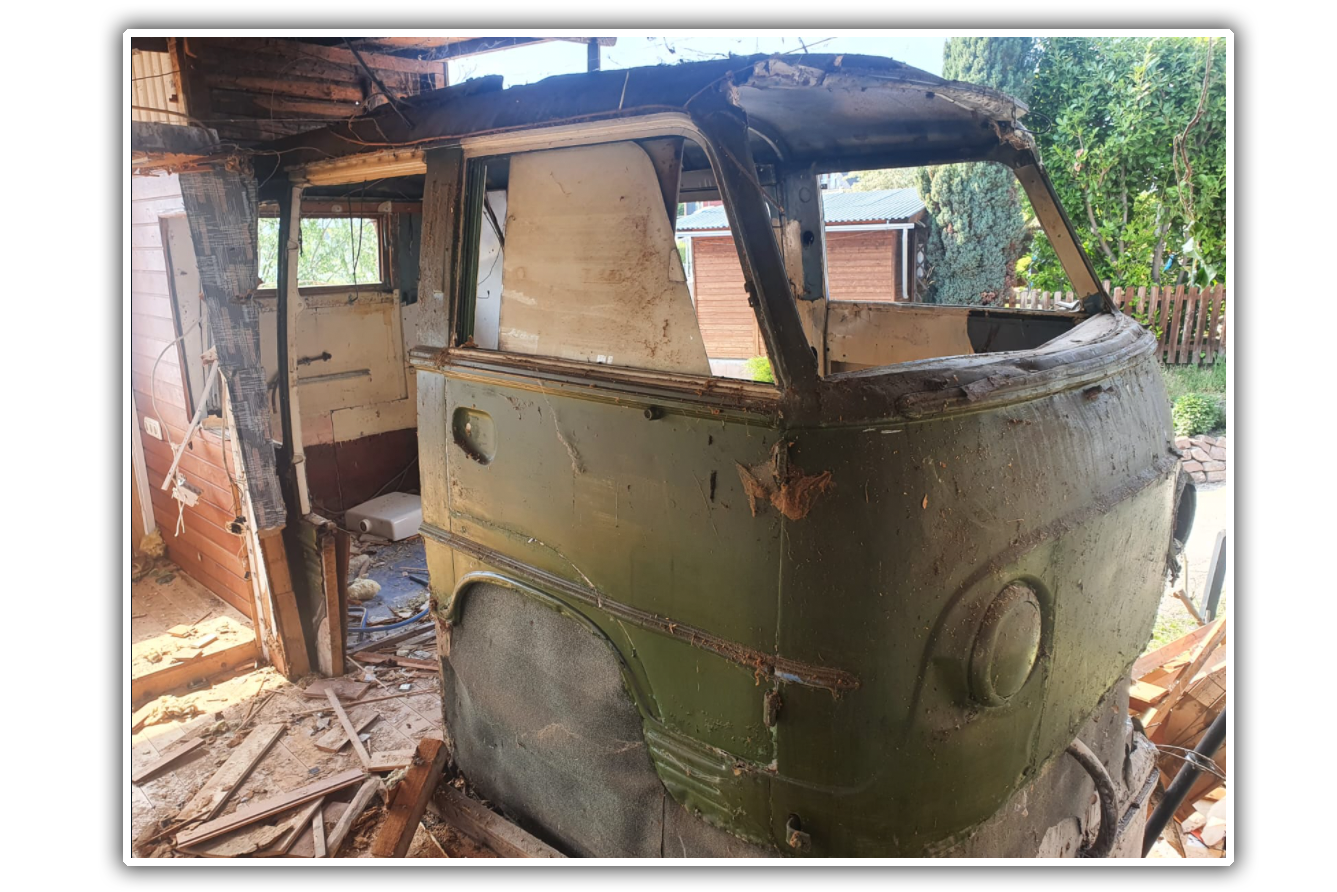 You can see it’s definitely a Taunus Transit, with the front grille blocked off along with the wheel wells. Here’s a couple pictures from a 1962 Taunus Transit brochure to confirm: 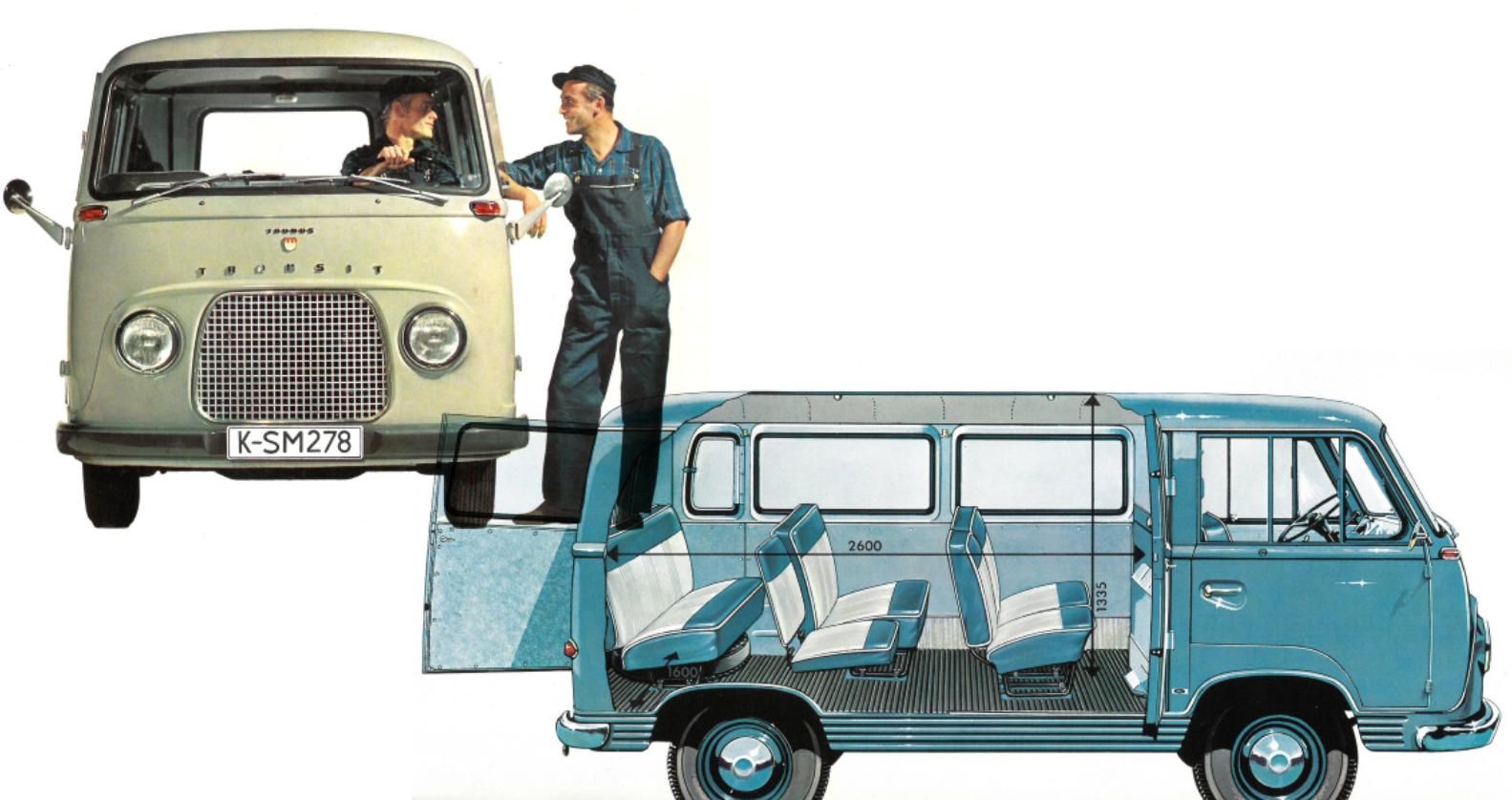 Even more incredible is just how well hidden this thing was when built into the house. Look what the bathroom/pantry looked like: 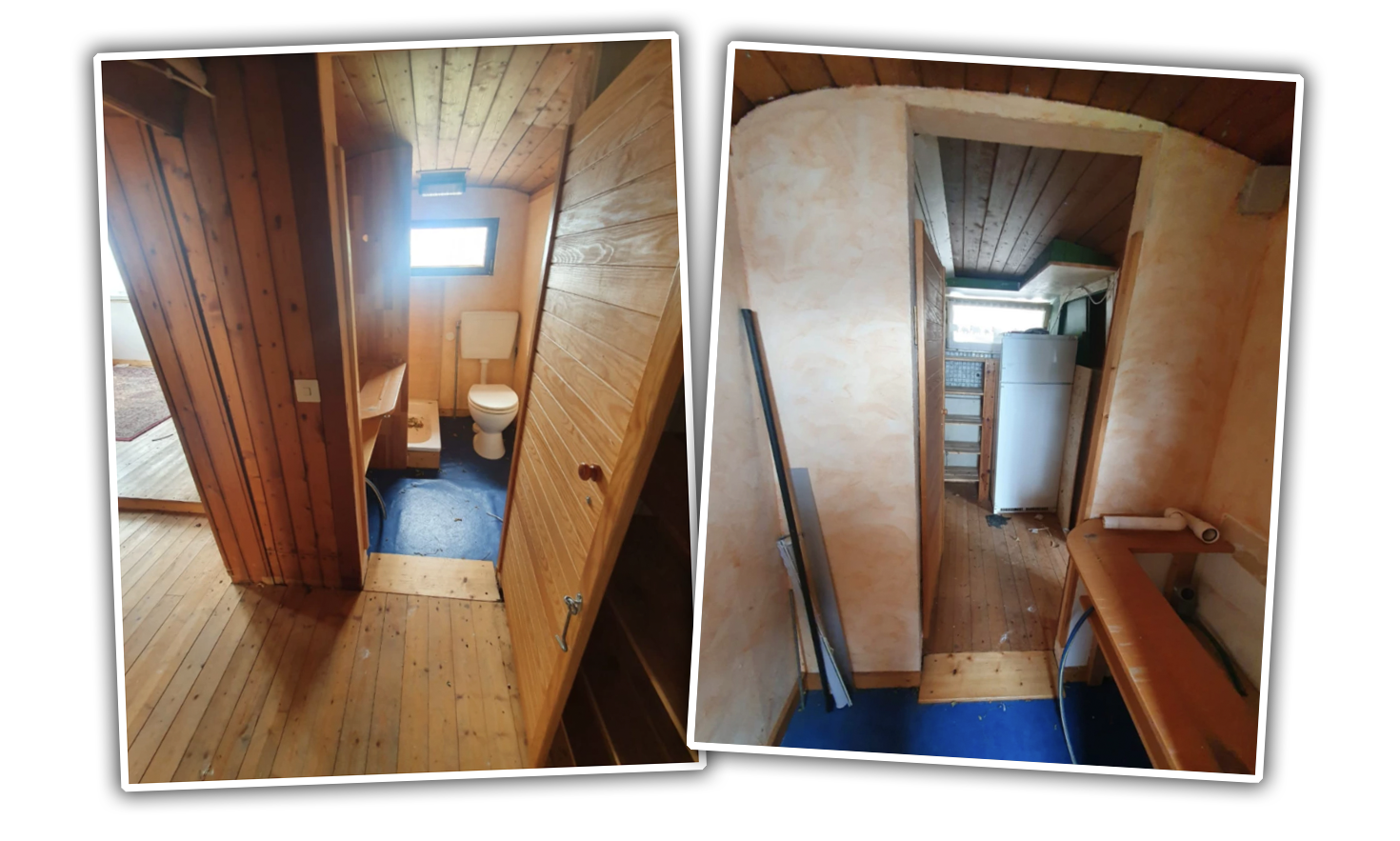 Sure, it’s small, but would you have guessed that all of that is inside the body of a little German van? No way! Whoever built this first did an absolutely incredible job, provided that job was “don’t let anyone know we used a van to make these rooms.”

The slight arch of the ceiling and the arch of the doorframe that leads to the bus are the only real clues that anything is odd here, and in a small, handmade cottage, you may not even notice. Here’s the doorway into the van, for example: 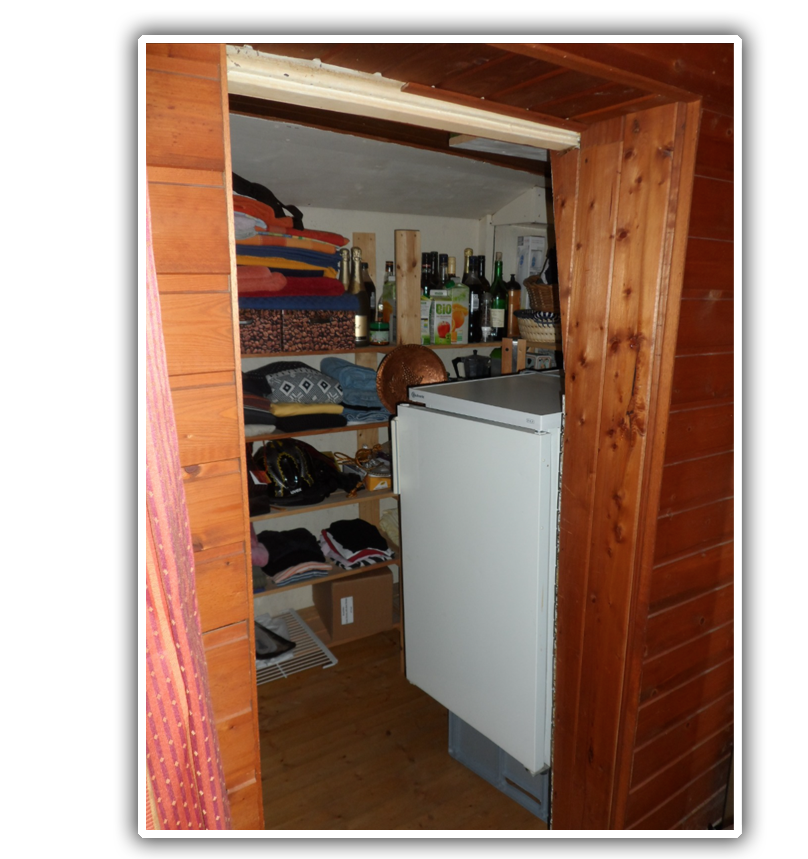 Sure, that slope inward of the wall is odd, but odd enough that you might think, hmmm, I wonder if there’s an old Ford van built into here? Probably not.

Overall, this all makes a lot of sense; if you’re building a cottage with limited funds, why not leverage what is essentially the cheapest, most widely available pre-fab room unit you can get: an old broken-down van. It’ll give excellent structure and usable volume, and when covered in wood and drywall or whatever, it’ll just feel like a room!

It’s brilliant. I hope they keep it, but this time, let the van be completely visible in the interior, and use it as a little office nook or something.

(thanks to ShroomzTV for permission to use photos)

I'm a co-founder of the Autopian, the site you're on RIGHT NOW! I'm here to talk to you about taillights until you cry and beg me to stop, which I absolutely will not. Sorry. Hug? Also, David's friend.
Read All My Posts »
PrevPreviousBrits Are Freaking Out Over Vehicle Inspections And They Need To Calm The Hell Down
NextCold Start: What’s The Opposite Of Serene?Next