Get Your Bonkers On With The Renault 4EVER Trophy Concept

It seems like every other week, some automaker unveils a production-spec or concept B-segment crossover that’s about as exciting as grits. For me, skipping breakfast is preferable to grits, as is stubbing a toe or contracting a mild cold. However, the French seem to be onto something by releasing a subcompact crossover concept at the Paris Motor Show; it’s absolutely bonkers. Say hello to the Renault 4EVER Trophy. That’s a bit of a bold name, but Renault CEO Luca de Meo has some justification for it.

“Renault 4 is a myth. And myths never die! R4 is a car that everyone can love, and today we want to rediscover this universal dimension through a modern and electric reinterpretation.”

Oh yes, it’s that sort of French car. See, the Renault 4 helped mobilize the French masses in the 1960s, and it was a huge deal. Not only was the Renault 4’s upright form immensely practical, it was also the first hatchback to really catch on. In fact, it was so popular that production lasted from 1961 until 1994. And you thought the C3 Corvette stuck around forever. Renault’s been in a bit of a heritage mood recently, with the Renault 5 EV concept and its high-performance sibling making waves. Since a reborn Renault 5 EV will make its way into production, why not save costs by making a crossover sibling that looks like the tall and narrow Renault 4? 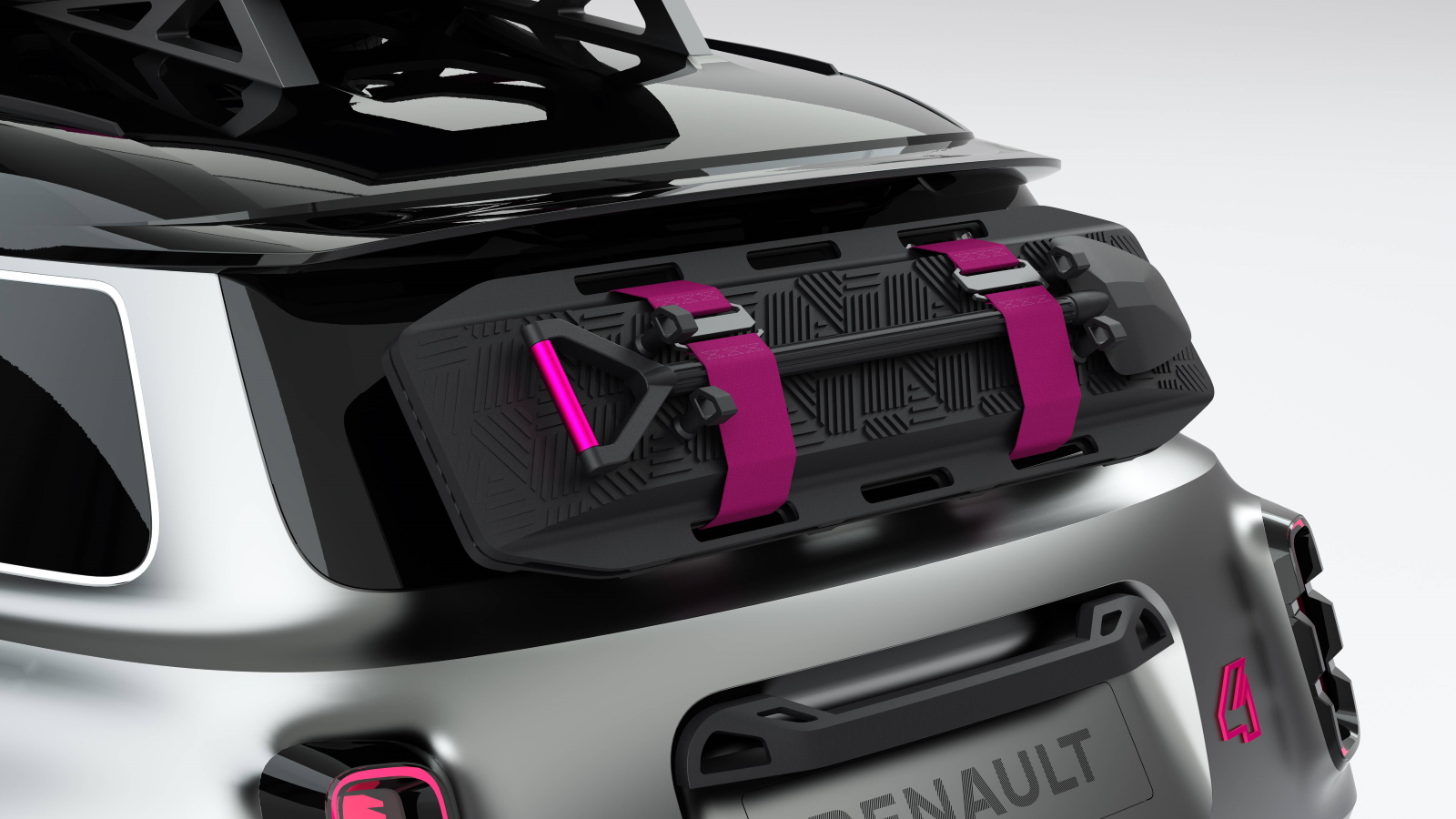 As it sits right now, the 4EVER Trophy is purely a concept car. For instance, its wheels look exceedingly weird, but there’s a good reason for that other than being French: This B-segment electric crossover concept has a central tire inflation system just like a Humvee. In addition, it packs a beefy roof-mounted spare tire, waffle boards and a shovel for off-road extraction, and incredibly chunky cladding and side steps. 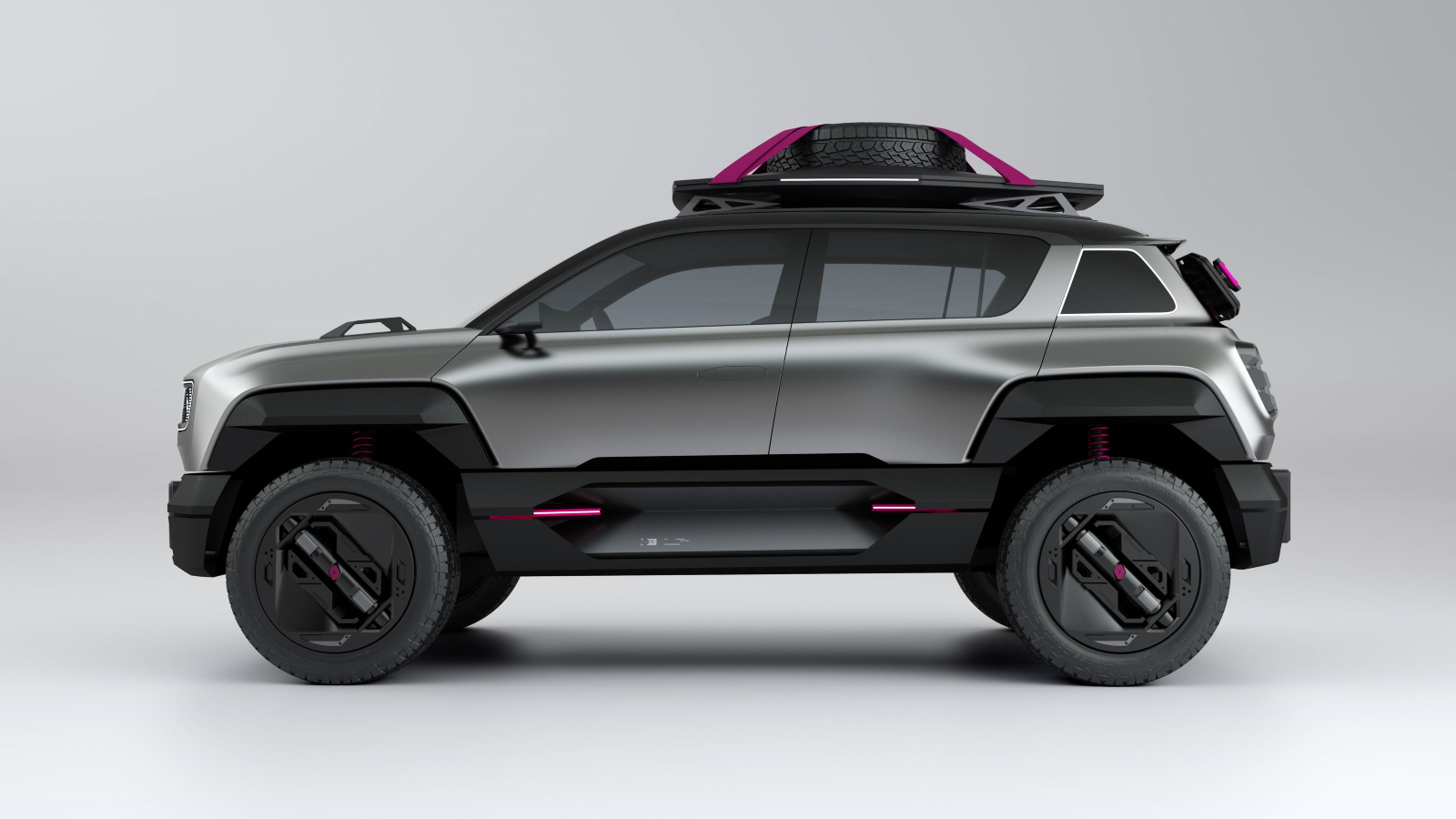 Despite all of this macho stuff, the essence of the Renault 4 carries through. A square silhouette augmented by a backswept C-pillar, the disjointed Picasso-esque melting of rear door glass over quarter glass, a single frame-grille encompassing friendly round headlamps like later models have, it’s all here. Just enough devilishly classic touches to foster familiarity without being so heavy-handed as an eleventh-generation Ford Thunderbird. Job well done, I reckon. 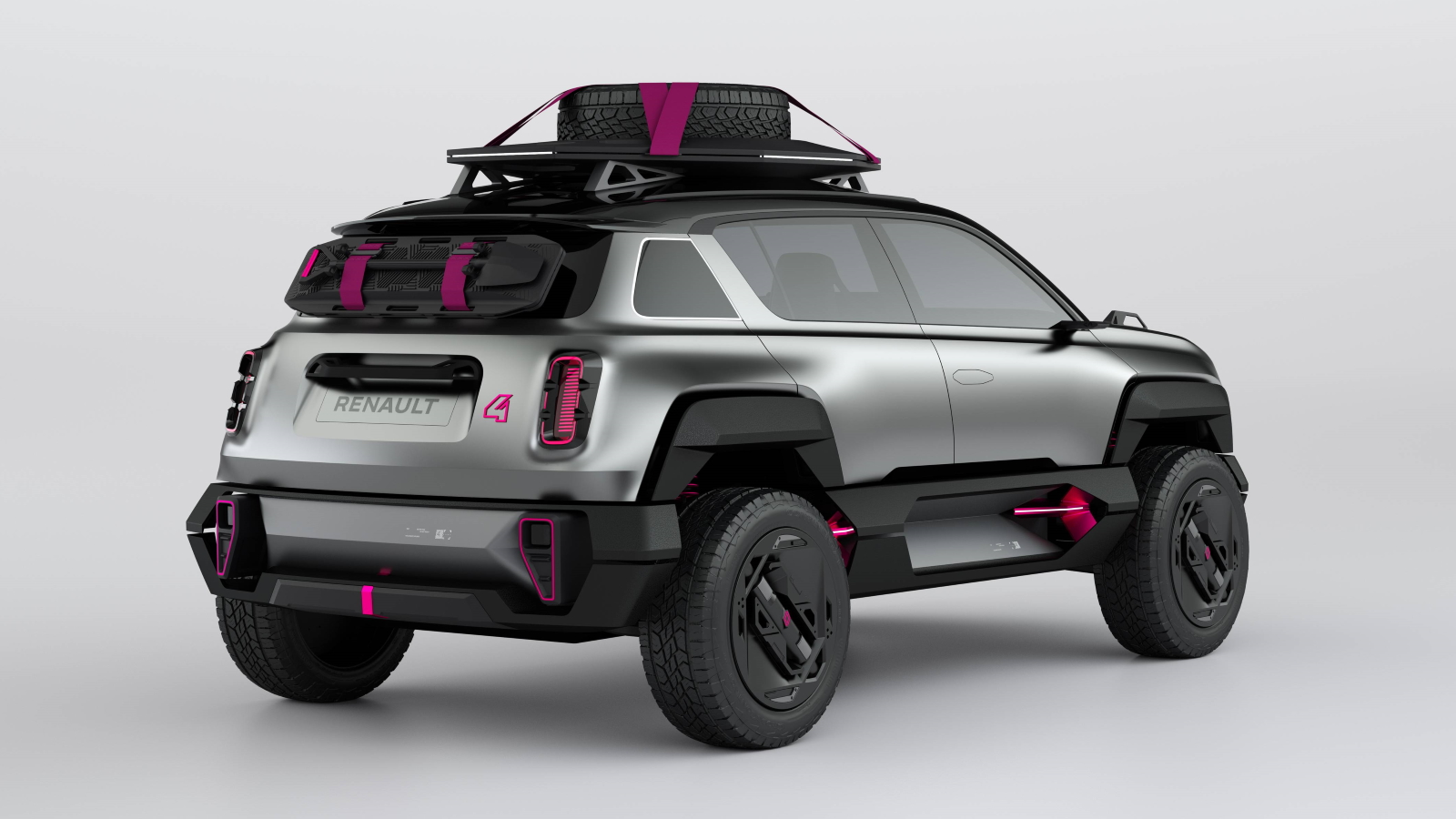 What’s more, the 4EVER Trophy doesn’t fall into normalcy for a second. Fuchsia tail lamps are very weird, and they tie in nicely with the fuchsia accents all across the 4EVER Trophy’s body. Even the coil springs are fuchsia, such a strange and delightful touch. The front door handles are flush while the rear door handles are seemingly nonexistent. The fender flares float away from the body. This thing is strange in the best possible way. 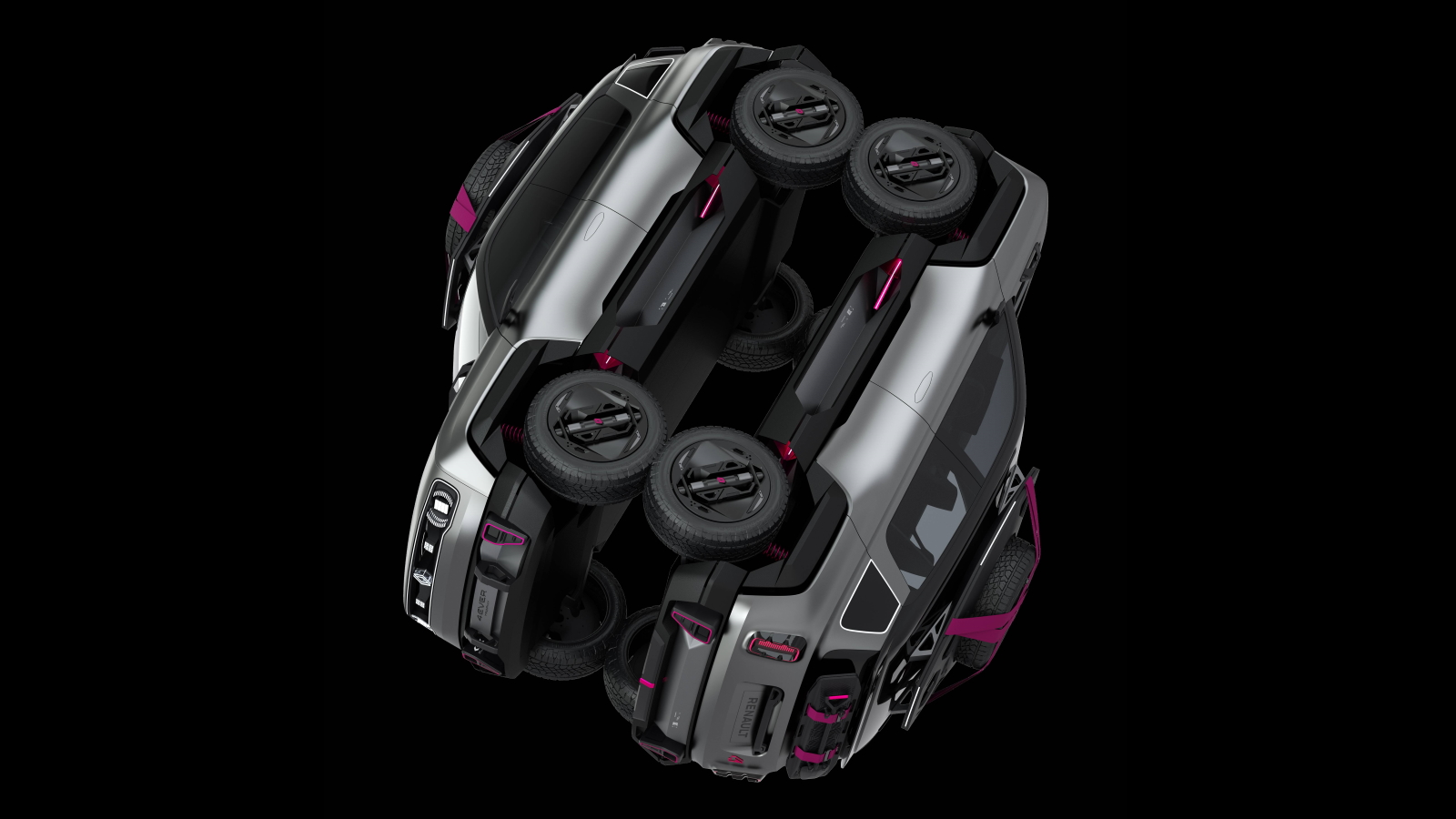 Best of all, Renault says that the 4EVER Trophy will spawn a production version in a few years. While this seems a bit outlandish at first glance, it’s not entirely out of the question. Strip away the off-road stuff, the sill covers, and the fuchsia, and the overall silhouette of the 4EVER Trophy could very well go on sale. Of course, that means chucking most of the concept in the bin, so I’m interested in seeing how Renault pulls this off come 2025.

All photos courtesy of Renault

Thomas is a Nu Rave-blaring, heel-toe downshifting, maple syrup-swilling, chassis-geeking, junkyard parts-hauling, floppy-haired scenester who's been writing about cars since college. His current ride is a 2006 BMW 325i with the six-speed manual gearbox. Instagram: @thomas.hundal Twitter: @thomashundal
Read All My Posts »
PrevPreviousFrance Will Give Bigger Electric Car Rebates To People Who Make Less Money
NextThere Was A Lamborghini And A Yugo And A Freaking Airstream At The Autopian’s Meetup In A Walmart Parking Lot. Check It OutNext