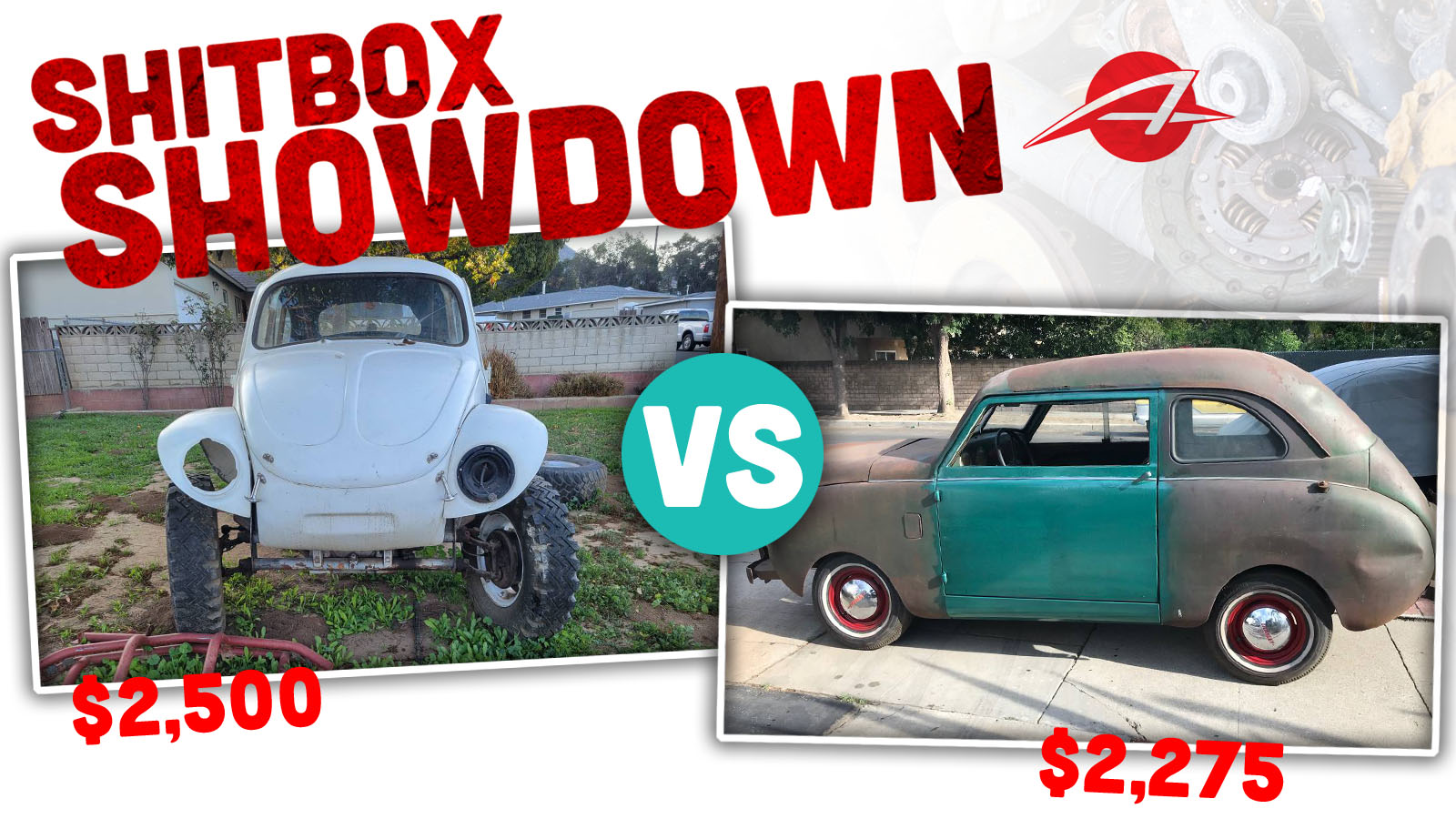 Good morning, and welcome once again to Shitbox Showdown! Yesterday, I featured a couple of boring-but-practical cars in an attempt to steer us away from derelict fire trucks and mutant Nissans. And it backfired. Nobody really cares about cars like those; they’re something you buy when you need to get around and the bus doesn’t come to your part of town. Nobody had much of note to say about them, and frankly, I struggled to fill space myself.

So screw it. Let’s get weird again.

In the interest of completeness, however:

Yep. The Subaru is the better choice. And it sounds like a couple of our Colorado readers might be high-tailing it over there to look at it right now. (My finder’s fee is 5%, by the way, payable in pizza and beer.)

You may have noticed that I’ve been favoring areas west of the Mississippi for car choices. The reason for that is twofold: first, that’s where I live, and have lived for a long time, so I have a better geographical frame of reference; and second, cars don’t rust out here. Or at least, not like they do in places that use salt on the roads. I just get tired of seeing 20 year old ordinary cars with jagged wheel arches when I’m searching in the midwest or on the east coast. And for reasons unknown, the deep South rarely has anything interesting for sale when I check.

California, on the other hand, is a gold mine for cheap weird cars, despite all the various laws and regulations and fees that make owning any car so onerous there. And folks there tend to be more adventurous with their vehicle choices, choosing a Saab or a Renault over a Ford or a Chevy, say. (When Californians retire or get sick of the traffic, they move to the Pacific Northwest and take their weird cars with them, so we get a lot of strange old rolling stock up here as well.) Internet classifieds in California are always good for something out of left field, and these two are particularly good examples, I think. Let’s take a look at them. 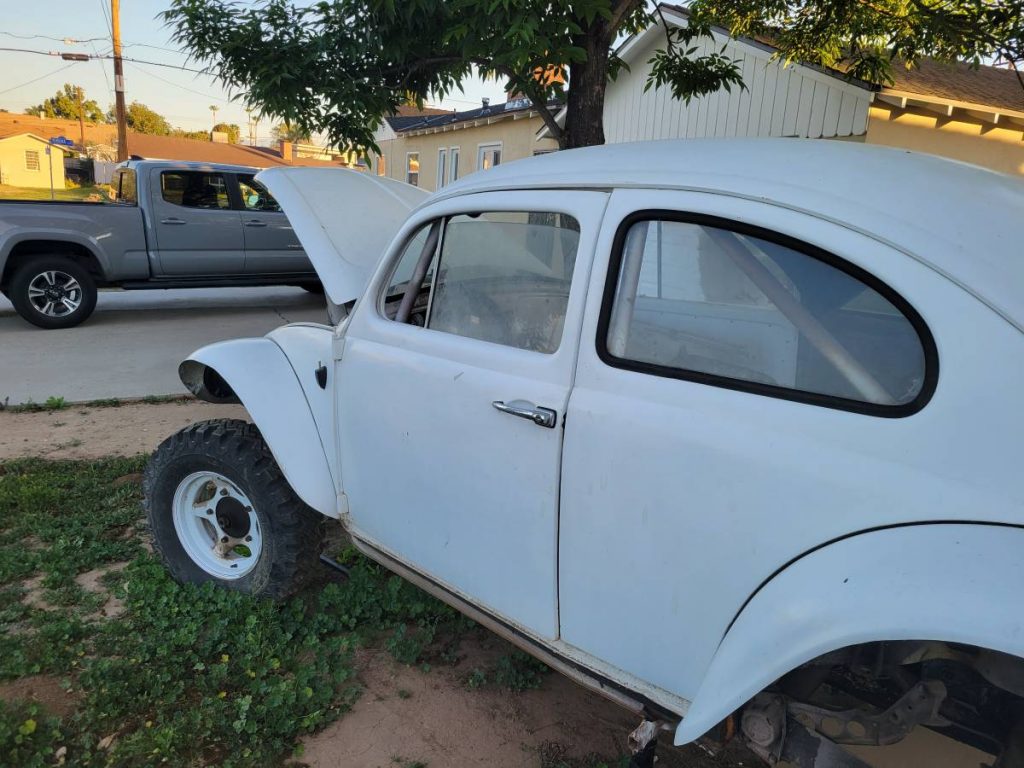 Runs/drives? Unclear whether or not it runs, but certainly not drivable

Volkswagen Beetles have been modified to go off-road almost since the day they first came into being. They’re the basis of one of the happiest phrases in all of motoring: “dune buggy.” (Go ahead; just try to say “dune buggy” in an angry tone of voice. It can’t be done.) In the late ’60s, enthusiasts, starting with Gary Emory and Dave Deal (yes, that Dave Deal), started modifying regular Beetles as a cheaper alternative to the Meyers Manx and various tube-chassis sandrails. And the Baja Bug was born. 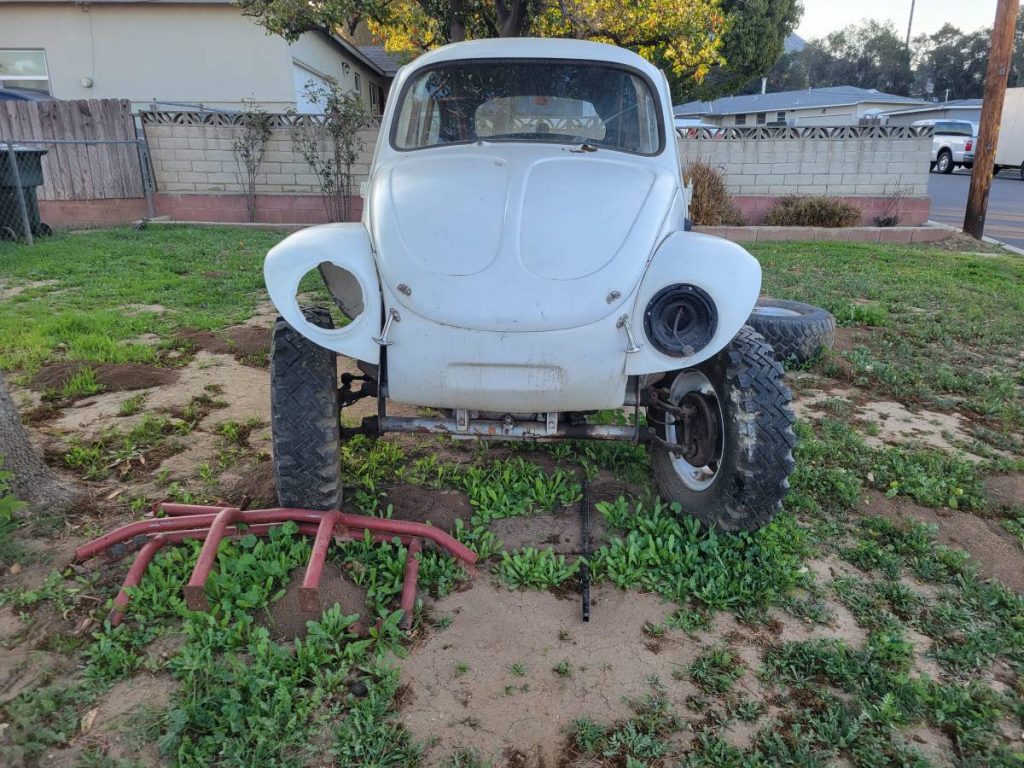 This Baja Bug, based on a 1964 Beetle, is unfinished, but it appears to be all there. It has a 1776 cc engine with what appear to be dual-port heads (though just one carburetor), and a VW Bus transmission (a common upgrade that’s a little stronger and a little lower-geared, both advantageous for off-roading). It also looks like it has a full rollcage installed; a prudent move. The car is largely disassembled; the seller says they ran out of time (and probably money), but judging by the parts shown, pretty much everything you need is included. It’s like a Tamiya Sand Scorcher kit, only bigger. 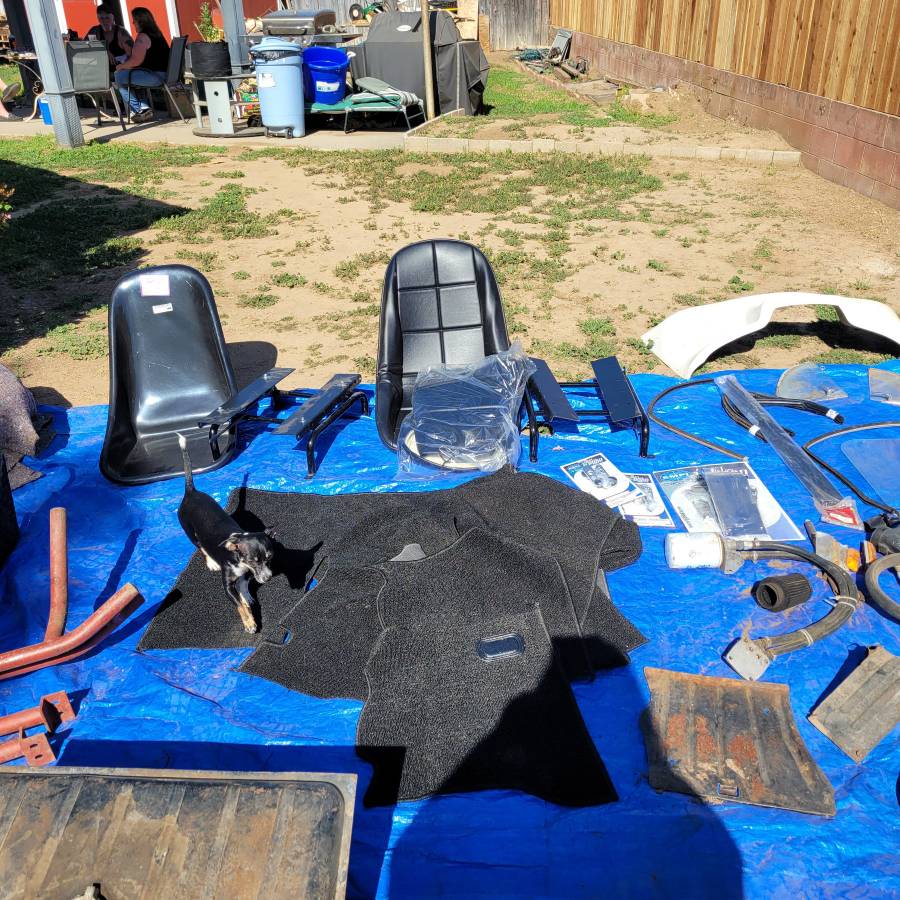 There is something really appealing about a Baja Bug. I don’t care all that much about regular Beetles, but take the fenders off, bolt on some wide flared fiberglass units in their place, and hang some big fat tires in the arches, and suddenly you have my attention. It’s like this is what Beetles wanted to be all along.

[Editor’s Note: Of course they’re appealing! Has there ever been a cheap, mass-produced economy car that had so many off-the-shelf options for converting it into something genuinely bonkers? I don’t think there has, at least not since the Model T, and I don’t know if there will be again. My wife used to drive a Baja. They’re everything right about everything. – JT] 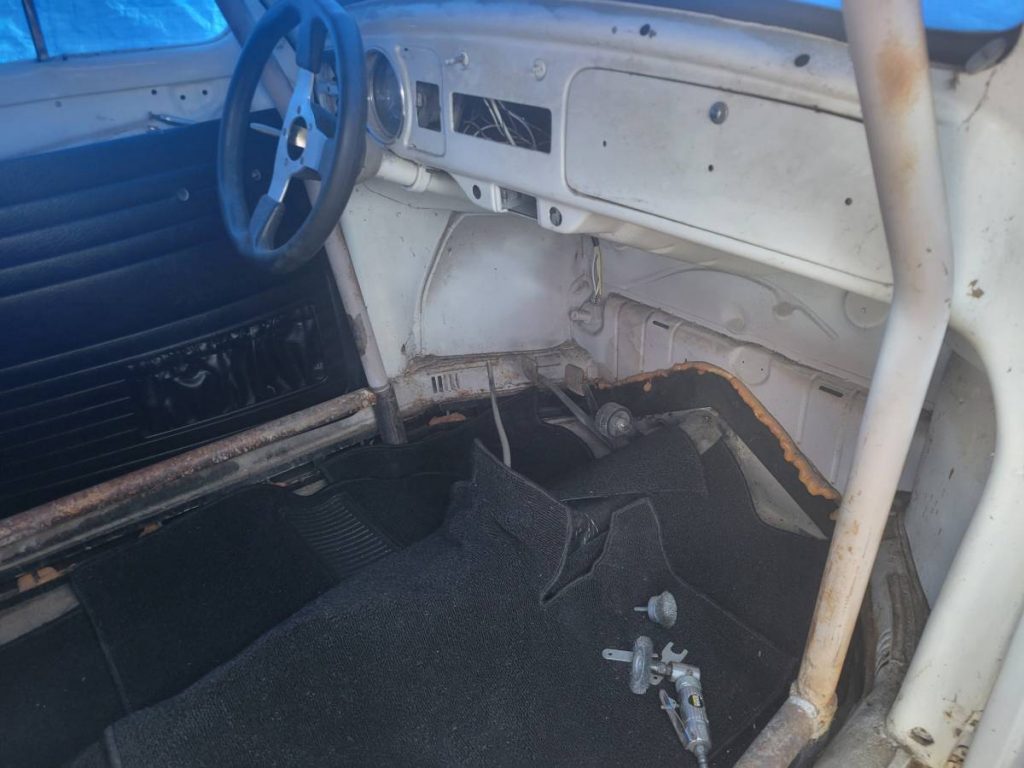 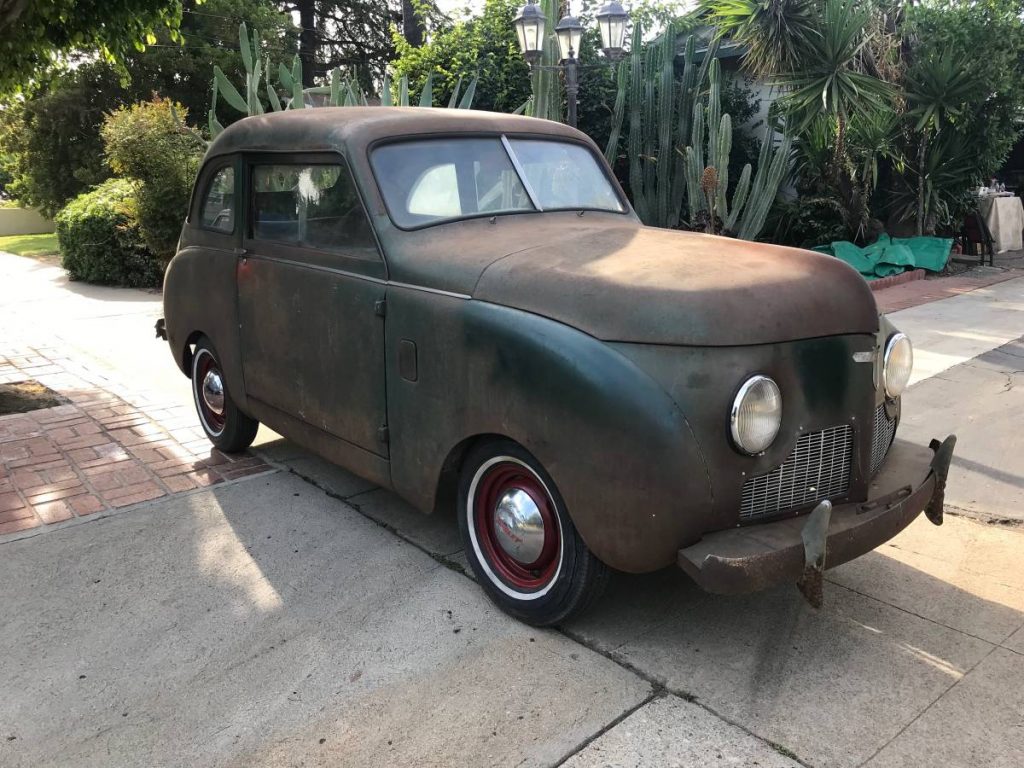 Runs/drives: It runs! But I doubt it can be driven

It has been said many times that Americans don’t “get” small cars. We try, and there have been some successes, but the conventional wisdom is that small cars get lost in such a big country. Wide-open spaces demand big wide fast cars.

But that didn’t stop Powel Crosley Jr. from making a damn good attempt at it. Between 1937 and 1952 (with a four-year break for World War II), Crosley sold tiny automobiles, first powered by an air-cooled flat-twin, and later an overhead-cam inline 4 assembled from stamped-steel parts brazed together instead of a cast-iron block, known as the CoBra (Copper Brazed) engine, also sometimes called the “sheetmetal engine” or the “Mighty Tin.” 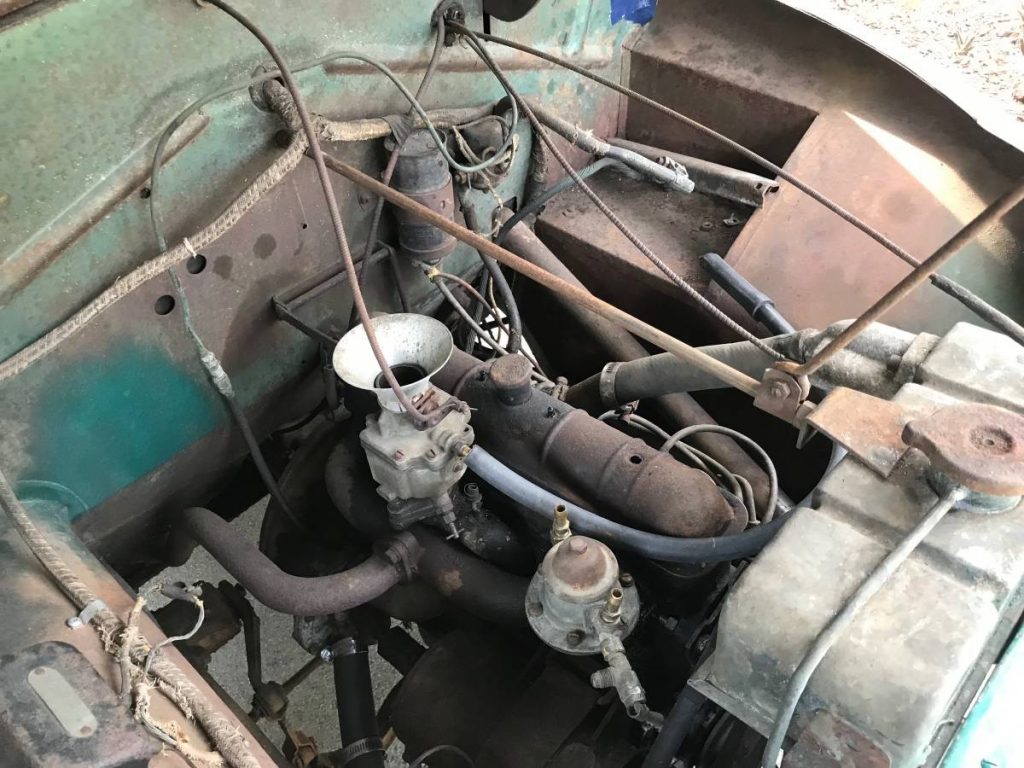 It’s hard to tell from the photos, but these cars are tiny. This CC sedan rides on an 80-inch wheelbase (seven inches shorter than a first-generation Honda CRX) and is only 49 inches wide (an inch wider than a standard sheet of plywood). The engine is a tiny 44 cubic inches, or 724 cubic centimeters, or an entire large dirt bike’s worth of displacement less than a Geo Metro. 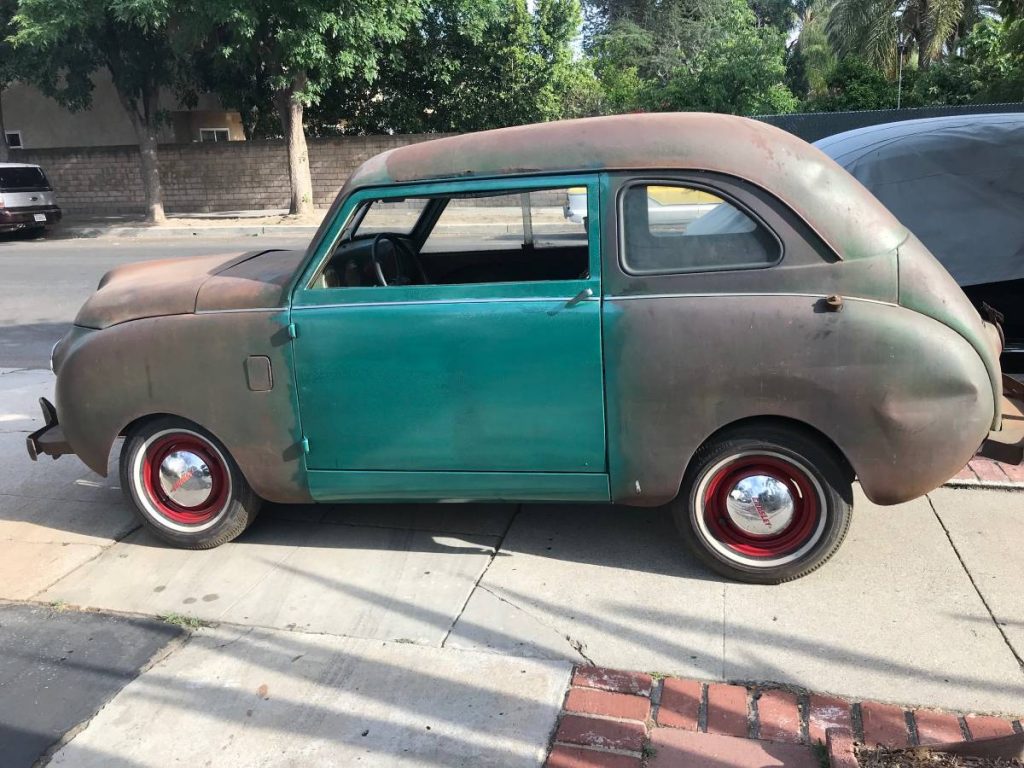 But look how cute it is! It’s like a baby ’46 Ford. And it runs! And it looks like it’s pretty much all there, so it’s a good candidate for restoring. You won’t be getting anywhere very fast – the Crosley tops out at about 50 mph – but you’ll be the center of attention when you arrive. 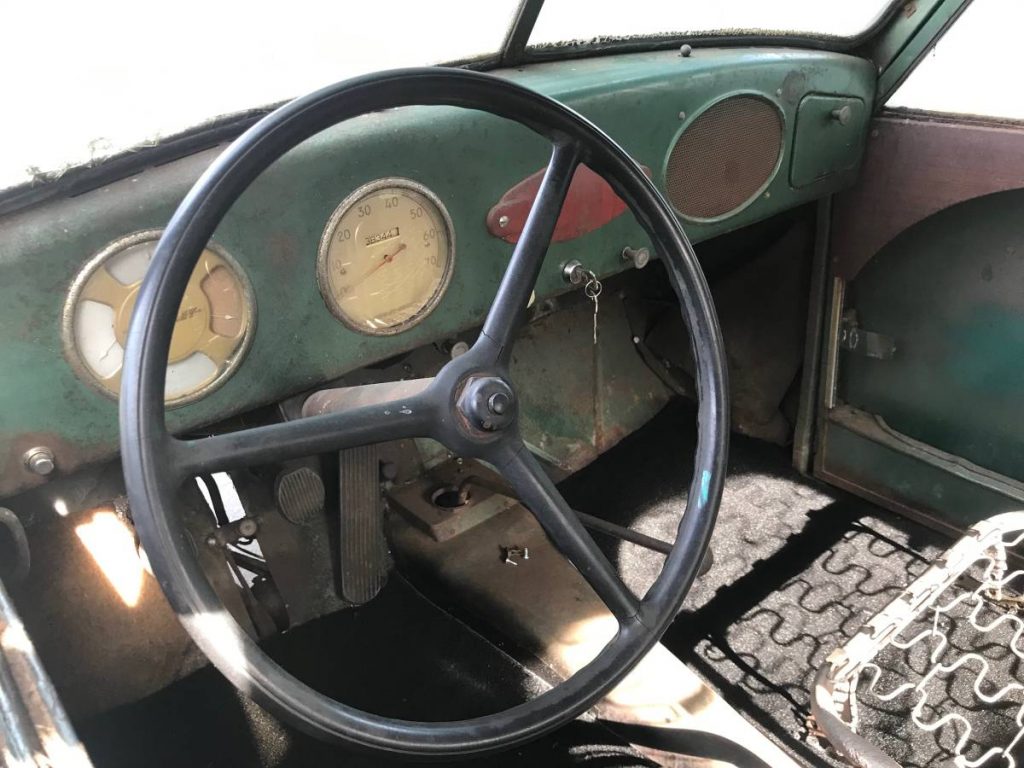 It’s not the most desirable Crosley; it doesn’t have the cool factor of the wagons or the little Hotshot roadster, and it’s not as rare or odd as the Farm-O-Road (a delightful half-tractor half-pickup truck), but it’s also a lot cheaper than those options are likely to be. 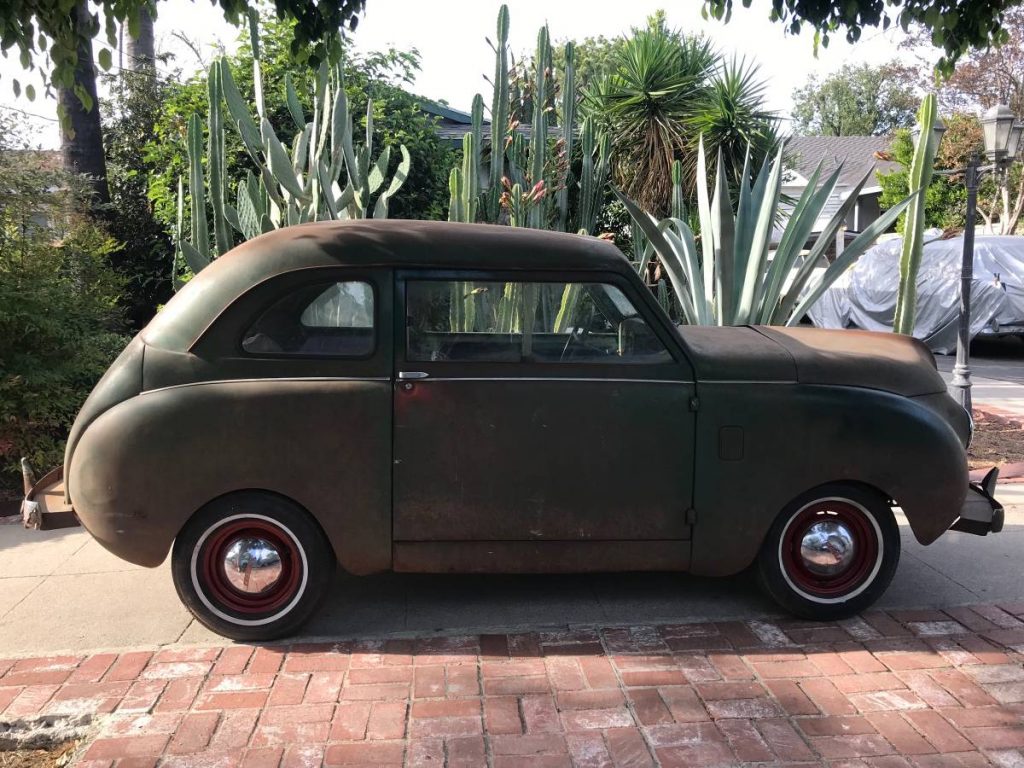 And I repeat: Look at how frickin’ cute it is!

Tomorrow, we’re going to mix it up a little. Instead of a roundup of the previous four winners, we’re going to do another matchup, only different. But you’ll have to wait until then to find out more. See you then!

Pacific Northwest-based self-taught DIYer of all the things. Current fleet: 1971 MGB GT, 1989 Chevy K1500, 2013 Chrysler 300C, 2003 Infiniti QX4, and 1966 Aristocrat Land Commander trailer. Not to mention about 40 RC cars and around 100 model kits...
Read All My Posts »
PrevPreviousCold Start: These Are Way More Fun Than They Should Be
NextThat Long-Awaited Joint Venture Between Sony And Honda Has Officially Been FinalizedNext