Welcome back to the Wednesday edition of Shitbox Showdown! Today, after some truly bizarre choices recently, I’m going back to the well – just good old fashioned shitboxes. I wanted to see what I could find for under a grand. I’ll show you in a minute, but first let’s put yesterday’s silliness to bed:

I’m surprised it was that close, actually. But I just couldn’t keep that absurd V8 Nissan Versa to myself. Some things are so weird that they must be shared far and wide. I believe that’s one of the founding principles of the internet, isn’t it?

So with that out of the way, it’s time to scrape the bottom of the barrel again, and seek out the cheapest running and driving cars on the web – vehicles you can buy tonight, drive home without incident, get in tomorrow morning and drive to work. These two aren’t perhaps the absolute cheapest, or the best value; they’re just the first two viable candidates I spotted. 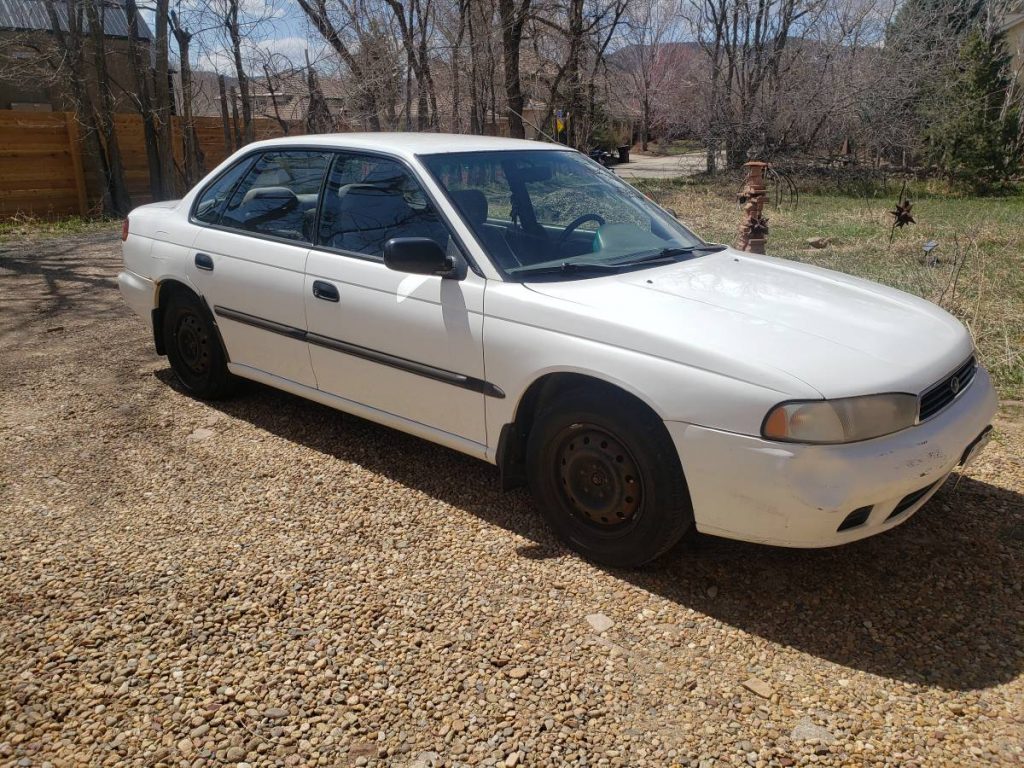 I may have mentioned this before, but I generally dislike Subarus. It has less to do with the cars themselves and more to do with the attitudes of too many of the drivers; Subaru’s braggadocio about their cars’ wet traction prowess makes too many drivers too overconfident in their machines’ abilities and leads them to do stupid things. But that’s not this car’s fault, and to be fair, all-wheel-drive Subarus are capable of some pretty amazing things in bad weather. 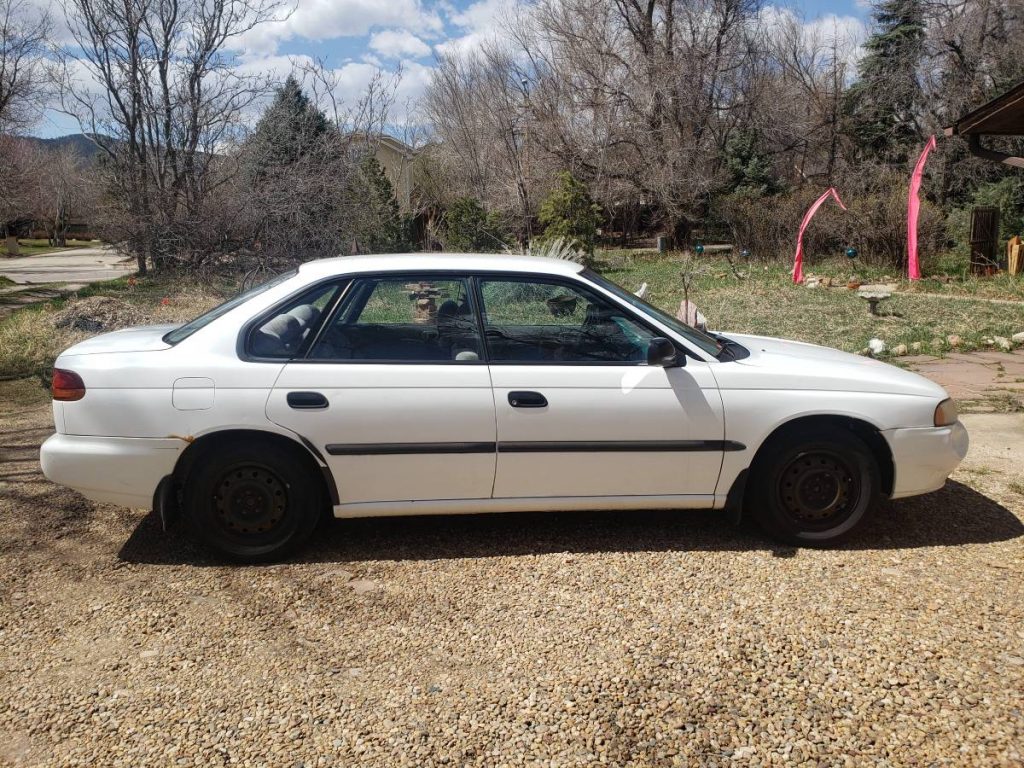 At least it’s a sedan and not the twenty-in-every-Trader-Joe’s-parking-lot wagon, and the second-generation Legacy isn’t a bad-looking car as midsized sedans go. All-wheel-drive was still a box on Subaru’s option sheet in 1995, but this car is so equipped, as one would expect in Colorado, and sends power from its somewhat puny 2.2 liter engine through a four-speed automatic transmission. Don’t expect miracles when you step on the gas. 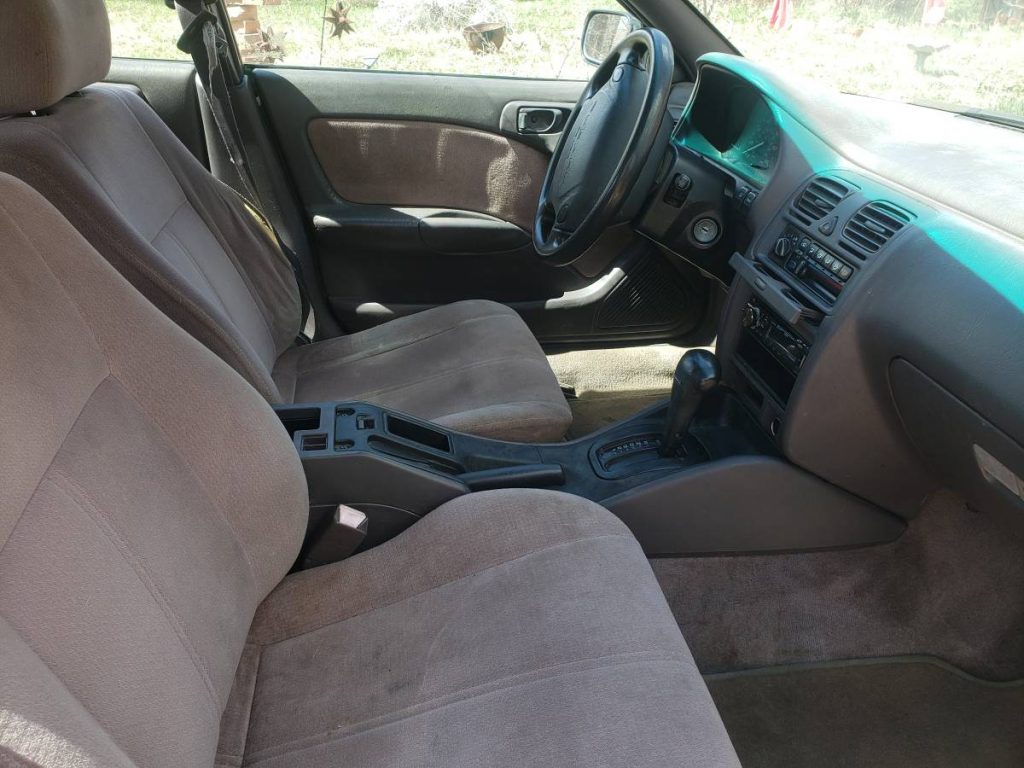 Overall, for eight hundred bucks, this car doesn’t look too bad. The seller says the brakes and tires are recent, but the struts might be done for, and it could probably stand a new correctly-sized battery. But it doesn’t look too rusty, and apart from a few bits of broken plastic, the interior looks fine. Cheap, underpowered, and all-wheel-drive: sounds like an ideal winter beater to me. 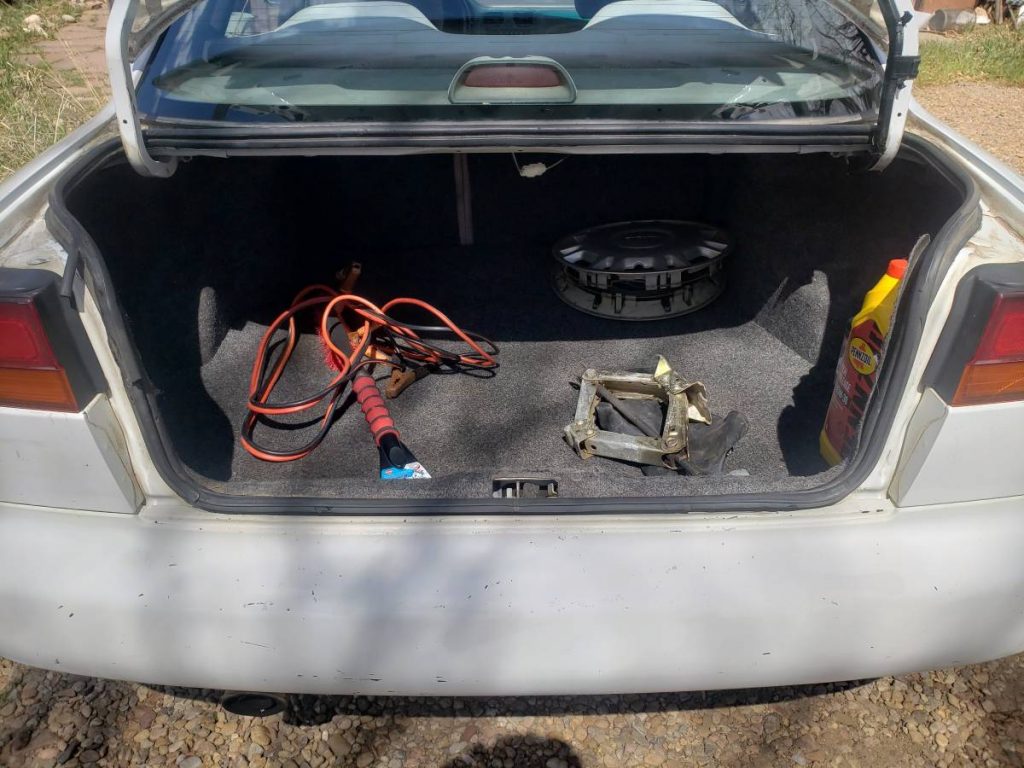 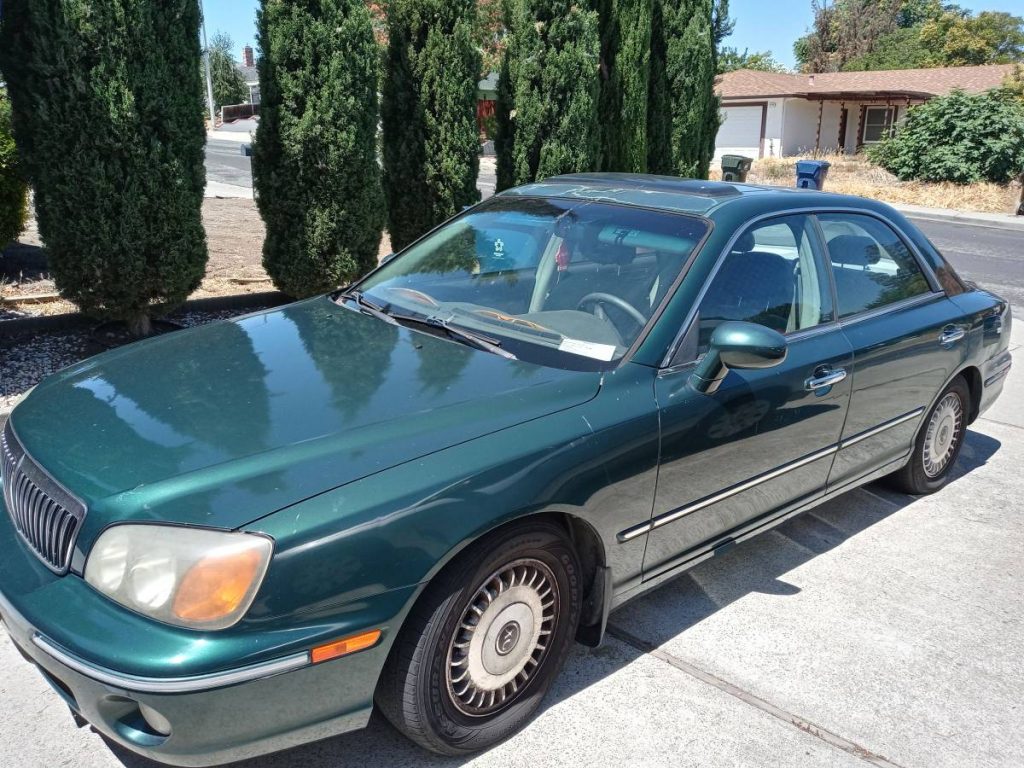 Actually, that’s not quite fair; this is the third generation of the Hyundai Grandeur, apparently a very successful and well-regarded car in Hyundai’s home of South Korea, and a stepping-stone along the way to the Genesis cars today. But damn if it doesn’t seem like they were trying to make their very own Buick Century based on a rough description. 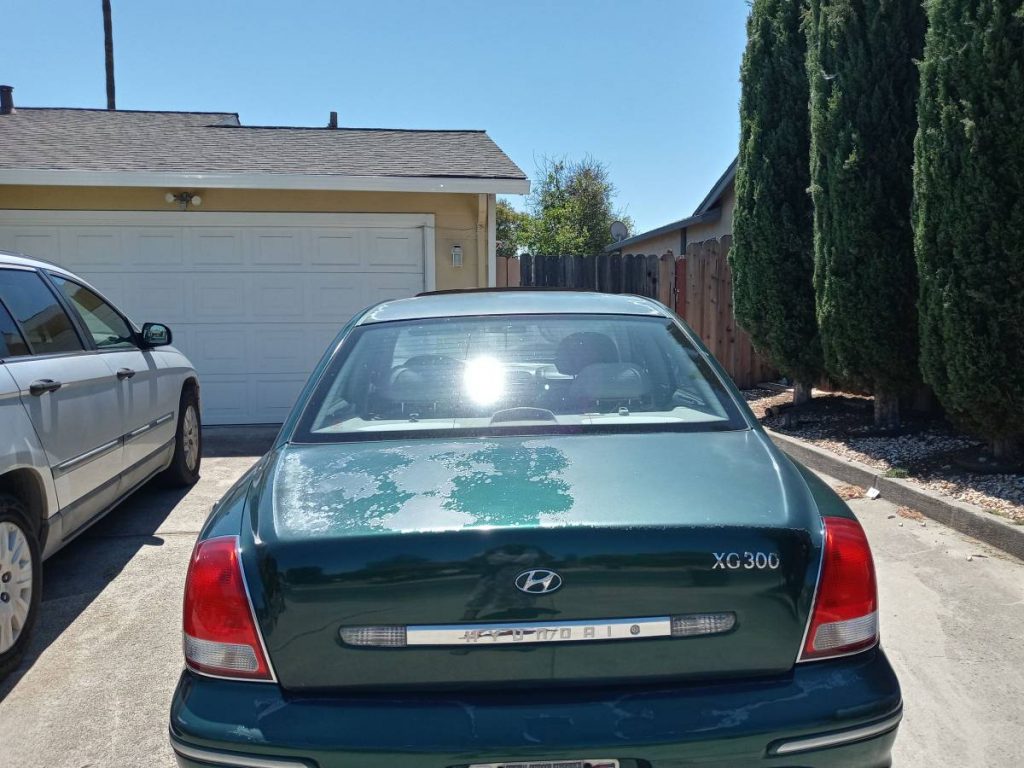 This XG has lost quite a bit of whatever grandeur it had over the years; it has suffered a fender-bender that knocked the alignment out, but the seller says it still drives. The front tires are as bald as Telly Savalas, which leads me to believe that they’ve been driving it with the alignment out for a while. 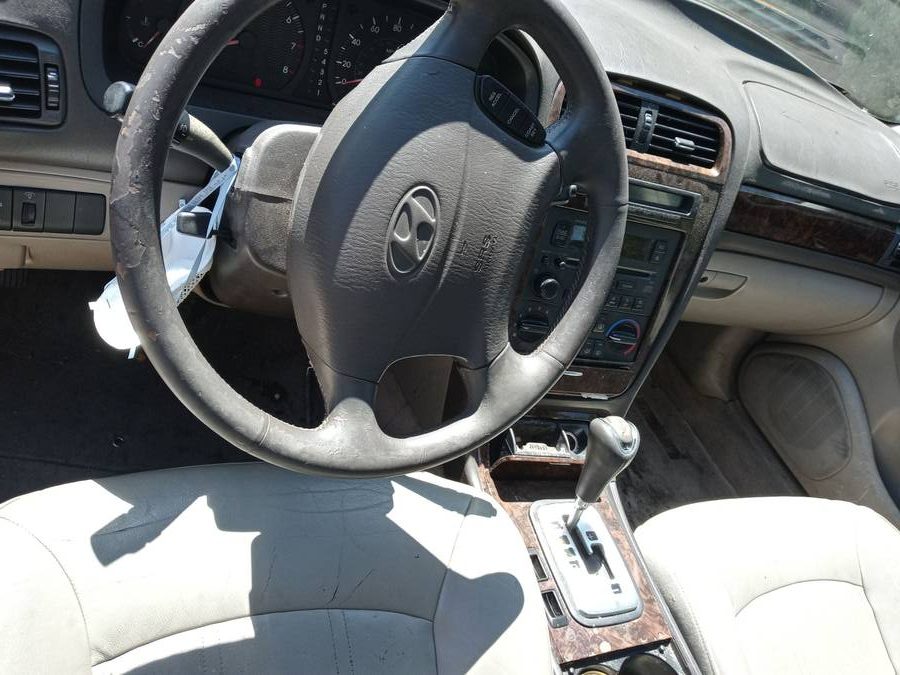 But in the plus column, the seller says the car runs well, the air conditioning works, and it’s a good color. Kudos to the original buyer for choosing this emerald green over beige or silver. Shame about the clearcoat failing, but then, it is twenty years old. 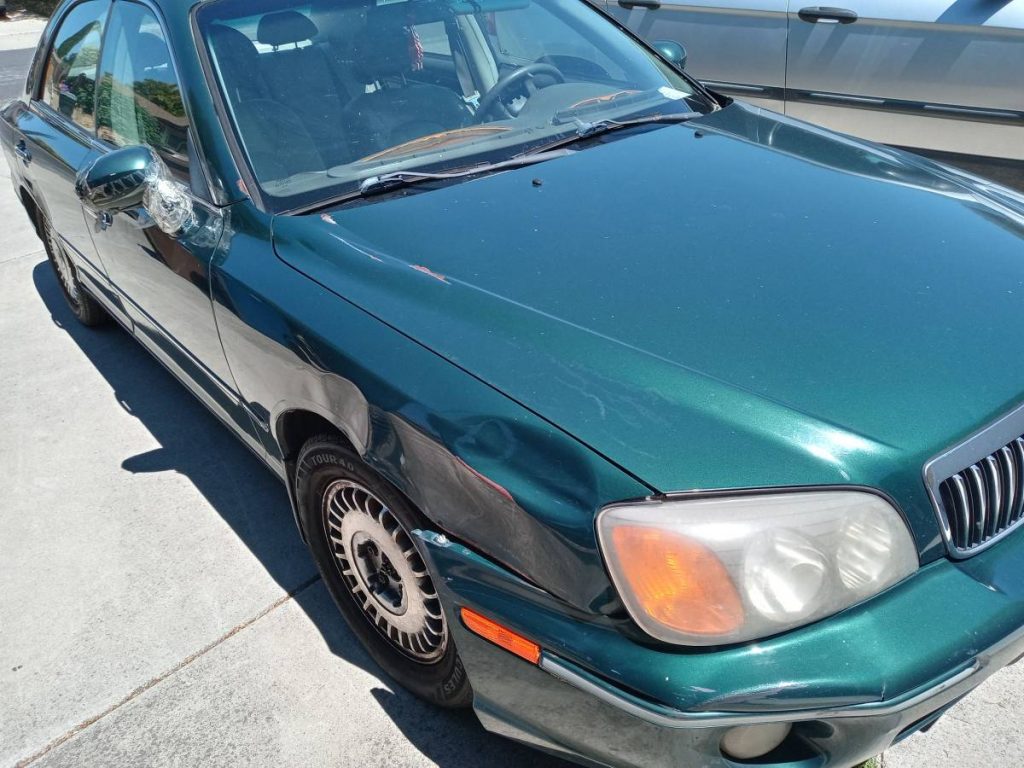 If the alignment can be fixed, or gotten “close enough” to not chew through a new pair of front tires, this is a pretty nice $700 car, really. I don’t know much about the reliability of them, but it’s lasted this long with some clearly indifferent treatment. At this price, if you can get a year out of it, you won’t feel yourself ill-used.

And there you have it: shitboxes in the truest sense of the word. Cheap, disposable cars you need to have a certain attitude to drive, but probably will do the job of being a car for a good long while yet before something catastrophic happens, at which point you just walk away. Which one will it be?

[Editor’s Note: Man, I have to say: When it comes to old cheap cars, manual transmissions are a requirement for me. There’s nothing like an underpowered motor mated to a crappy four-speed slushbox. Driving these two around everyday sounds like hell. -DT]