The Lucid Air might just be the hottest luxury sedan of the moment. Sure, the new Mercedes-Benz S-Class looks brilliant and the new BMW 7-Series offers a smorgasbord of tech, but the Air is desired by young, upstart, Silicon Valley types because it is a young, upstart Silicon Valley Type. And now there are cheaper models for folks outside of that world of URLs ending in .io and budgets over $150,000 to spend on a car. If you’ve got well-equipped 5-Series money rather than well-equipped S-Class money, you’ll be thrilled to hear that Lucid recently unveiled two cheaper Lucid Air trims that are going on sale soon.

The specs and backstory of the Lucid Air read like something out of a dream. It’s a second shot at a high-end electric luxury sedan by Peter Rawlinson, the former Chief Engineer of Lotus who went on to be the Vehicle Engineer for Tesla’s Model S. It packs a high-voltage electrical architecture capable of accepting more than 900 volts, Dolby Atmos audio, a posher cabin than the Tesla Model S, more than 500 miles of range when properly equipped, and north of 1,000 horsepower in performance trims. No matter where you stand in the automotive kingdom, at least one of those features should draw your attention; it’s no wonder it won Motor Trend Car of The Year.

Still, as cool as it is, it’s expensive as hell, though now that price is moving towards “expensive as purgatory” thanks to some cheaper trims like “Pure.” Let’s look at that. 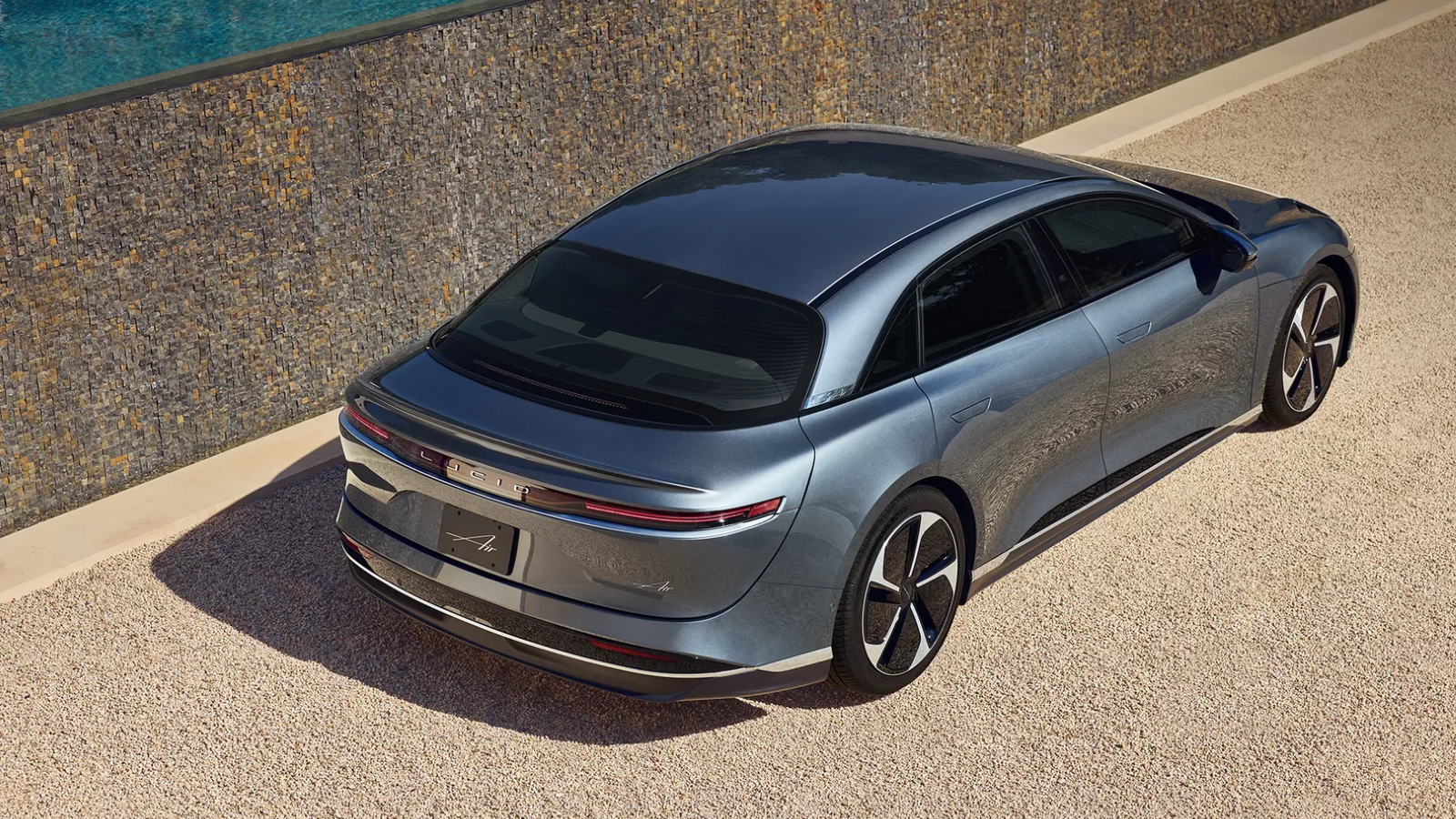 There’s a lot of stuff the Pure doesn’t actually get. No glass roof, no real leather upholstery, no standard top-end audio, no extended-range battery pack, and eventually no standard all-wheel-drive. However, Despite being the baby of the Air range, the Pure can still charge at 250 kW, run a manufacturer-claimed zero-to-sixty time of 3.8 seconds when ordered with all-wheel-drive, and go an estimated 410 miles on a charge of its 88 kWh battery pack when ordered with the 19-inch wheels. 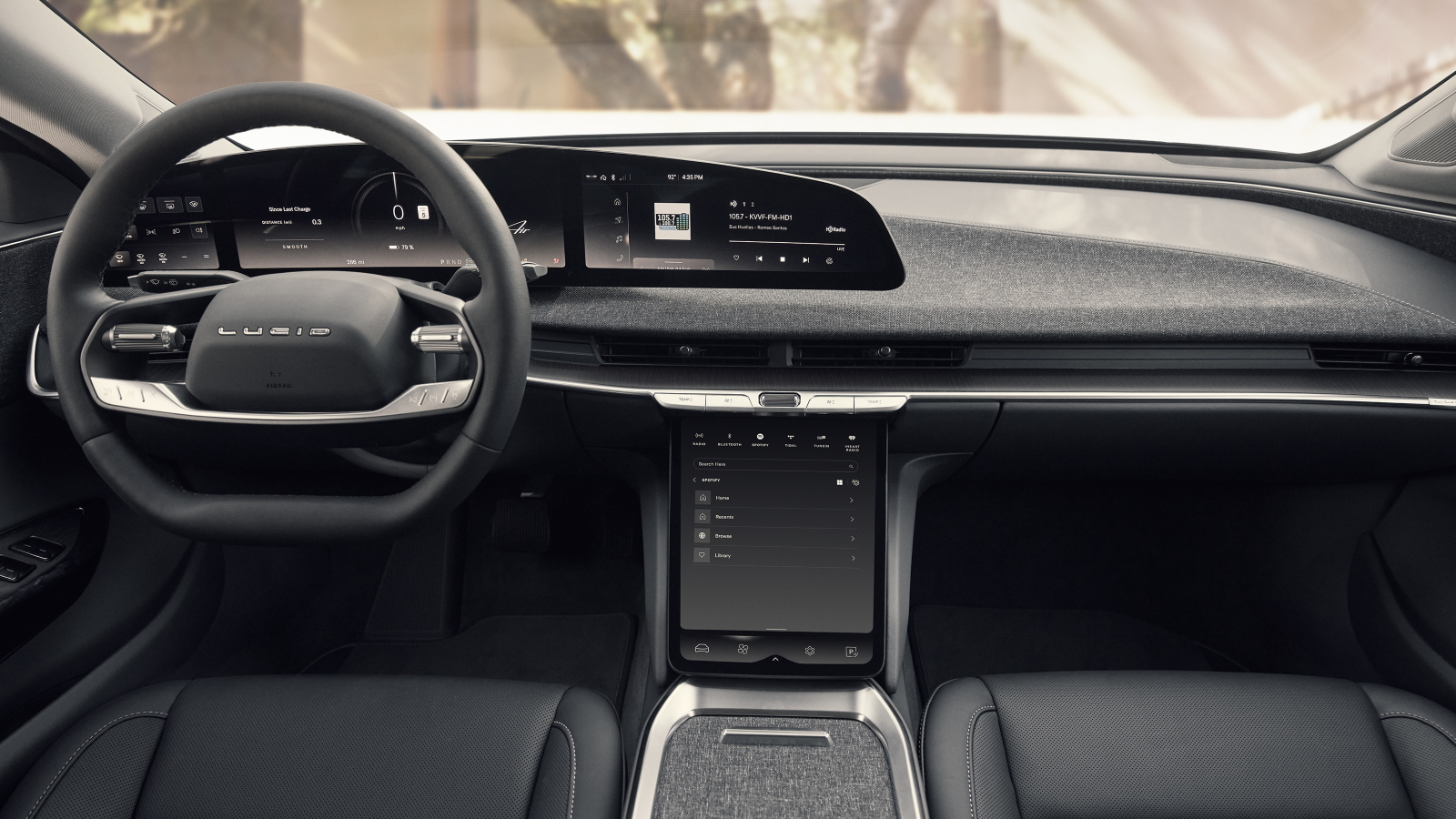 Plus, ditching such fanciful features has allowed Lucid to drop the price of the Air Pure all the way down to $87,400, although there’s a bit of an asterisk on that price. More on that later. Truthfully, I’d love to try a slicktop rear-wheel-drive Lucid Air as it might live up to its name and be the purest sports sedan Lucid offers.

Next up the range, it’s the Touring. Packing 620 horsepower and a claimed zero-to-sixty time of 3.4 seconds, it’s the M550i of the Lucid Air range. However, just because it offers a big jump in power over the base Pure model doesn’t mean it comes at the expense of efficiency. In fact, the Touring is supposedly the most efficient Air yet, promising EPA estimated efficiency of 4.62 miles per kWh. That doesn’t sound like a great figure if you’re used to miles per gallon or rods to the hogshead, but it’s actually very impressive. For context, the Mercedes-Benz EQS 450+ should return around 3.24 mi/kWh, while the Taycan 4S with the big battery achieves around 2.71 mi/kWh. 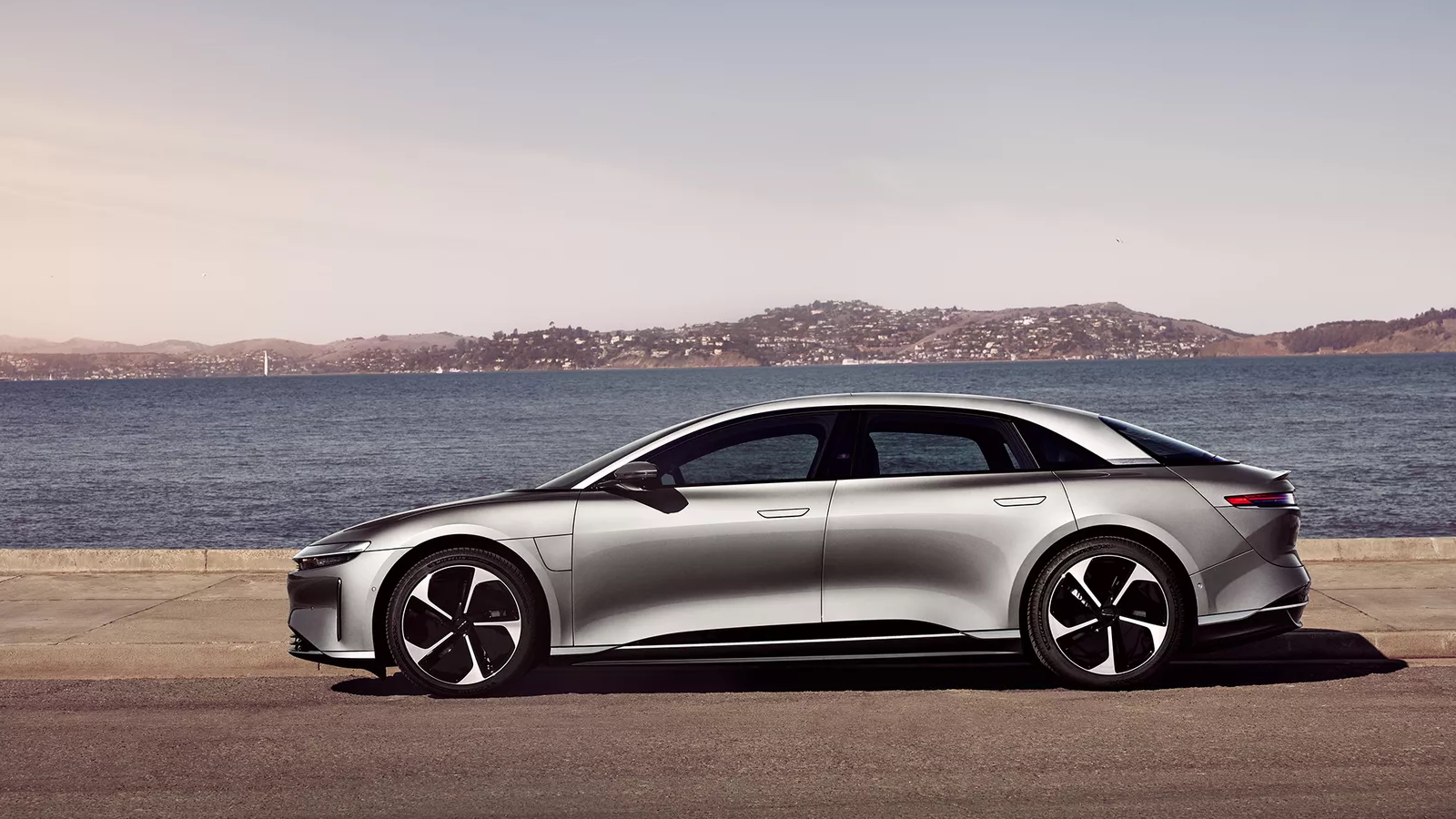 The Touring also gets loads more toys than the Pure. The fake leather gets swapped out for real leather, all-wheel-drive is standard, and a glass roof is an optional extra. However, the Touring still gets the same small battery pack as the Pure and features a fairly large price jump from the Pure model. At $107,400, it’s $20,000 more than the base trim. For context, the Mercedes-Benz EQS 450+ starts at $103,360 including a $1,050 freight charge, while the Porsche Taycan 4S starts at $107,950 including a freight charge of $1,450. Frustratingly, Lucid hasn’t provided freight charges for the Air Pure and Air Touring, so it’s hard to give an apples-to-apples comparison on price. 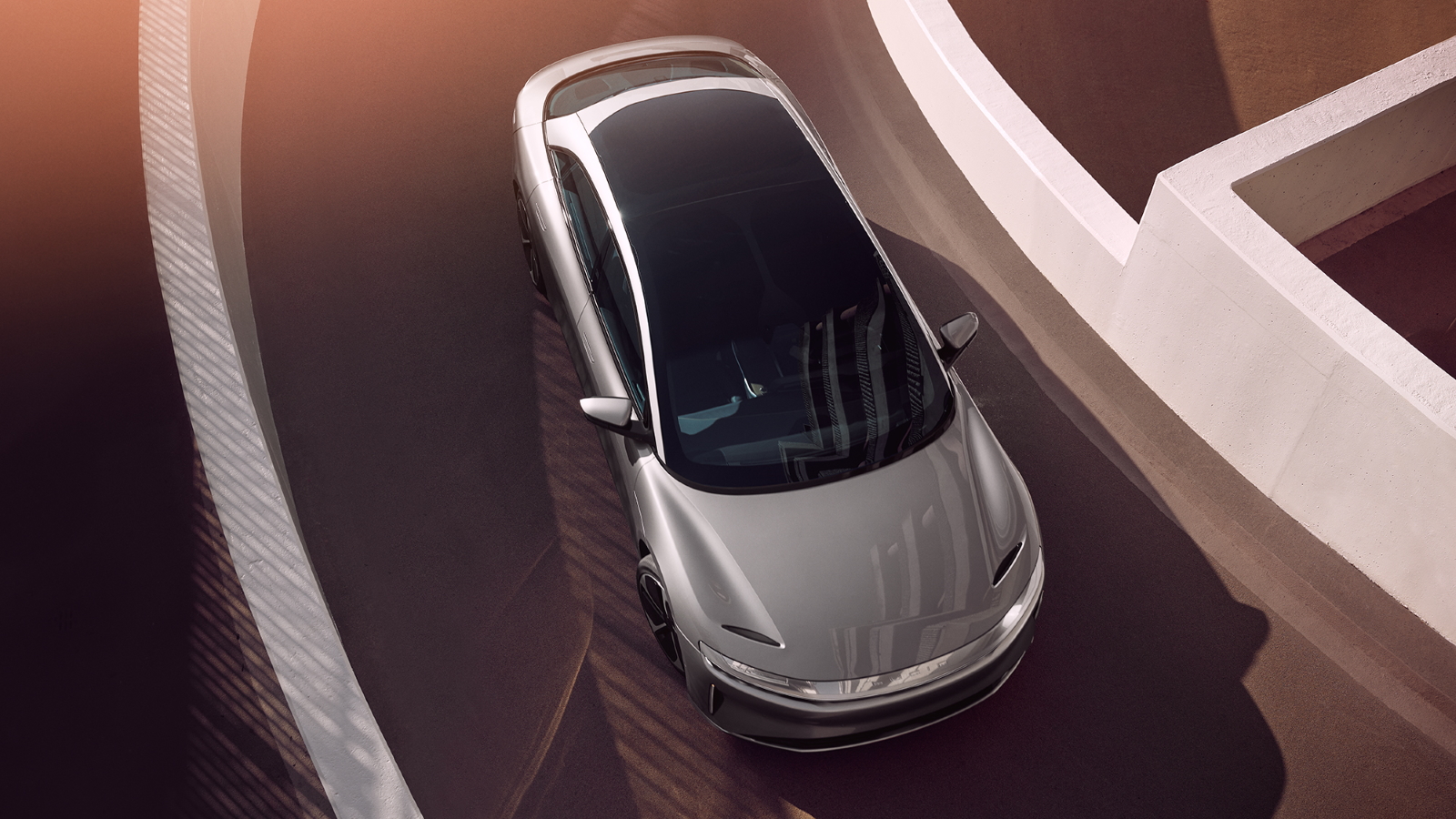 While it’s taken a while for Lucid to really hit its stride, these cheaper versions of the Air should broaden the appeal of the startup’s first car. Production starts this month for the Touring and December for the dual-motor Pure model, with the single-motor Pure model arriving at some point in 2023. Needless to say, expect to see a lot more Airs on the road once deliveries of these cheaper models start happening.

All photos courtesy of Lucid

Thomas is a Nu Rave-blaring, heel-toe downshifting, maple syrup-swilling, chassis-geeking, junkyard parts-hauling, floppy-haired scenester who's been writing about cars since college. His current ride is a 2006 BMW 325i with the six-speed manual gearbox. Instagram: @thomas.hundal Twitter: @thomashundal
Read All My Posts »
PrevPreviousThe 1990s Nissan Sentra SE-R Was Japan’s Version Of The Sporty But Understated BMW 2002: Holy Grails
NextThe Electric Lucid Gravity SUV Promises To Replace Both Your Minivan And Your SupercarNext