While the Lucid Air is a very cool electric luxury sedan, luxury sedans can’t hold a candle to luxury SUVs in terms of sales. Sure, the Mercedes-Benz S-Class is an evergreen symbol of wealth, but the fact is that the areally rich have stopped bothering with the impracticalities of sedans. From mail-slot trunk openings that make loading items difficult to low seat heights that put strain on worn hips, those who’ve made their money in life are increasingly turning towards SUVs and crossovers. So, here’s the Lucid Gravity, an electric SUV aiming directly for the Tesla Model X. 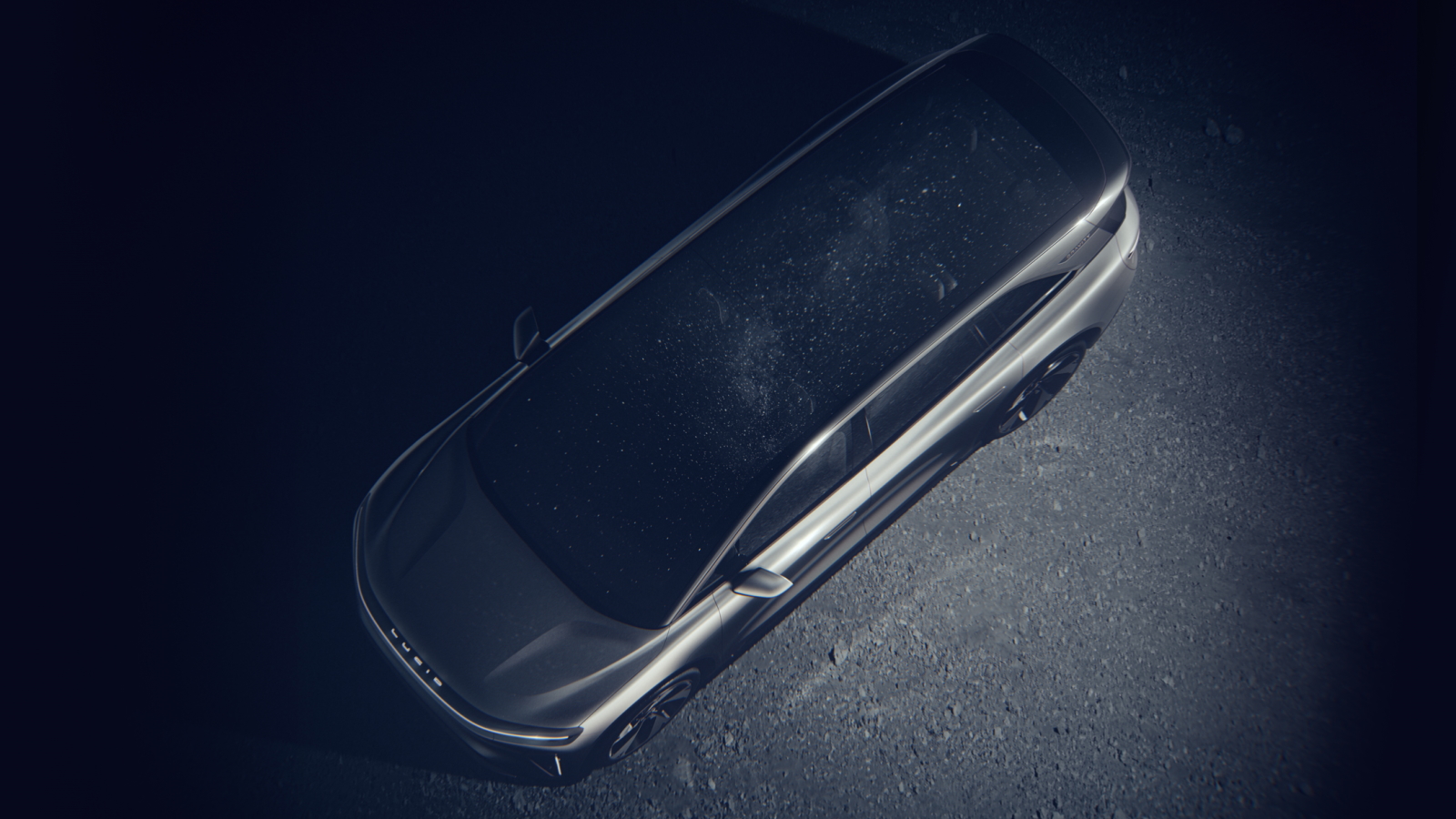 Compared to the artfully streamlined Air sedan, the Gravity looks imposingly square, almost like someone epoxy glued a massive set of alloy wheels to an apartment building. Familiar cues like the blade-style fascia applique are here, but there’s just so much sheet metal. It’s fairly common for electric SUVs to feature low, short hoods and sloping rooflines, but the Gravity appears to reject this school of thought completely, with a silhouette more in line with that of the Rivian R1S. However, according to a media release statement by Derek Jenkins, Lucid Group’s Senior Vice President of design, there’s a chance that the Gravity isn’t as massive as its styling suggests.

“It is both a supercar in disguise and an SUV with flexible passenger and cargo space that seems impossibly big relative to the exterior size of the vehicle. And it does this all with Lucid’s distinctive post-luxury design, inspired by California.”

That quote implies that the Gravity is more of a midsize SUV in footprint, and that there’s something after luxury that isn’t poverty or death. Post-luxury is certainly a marketing buzzword, but it doesn’t seem like a very good one. 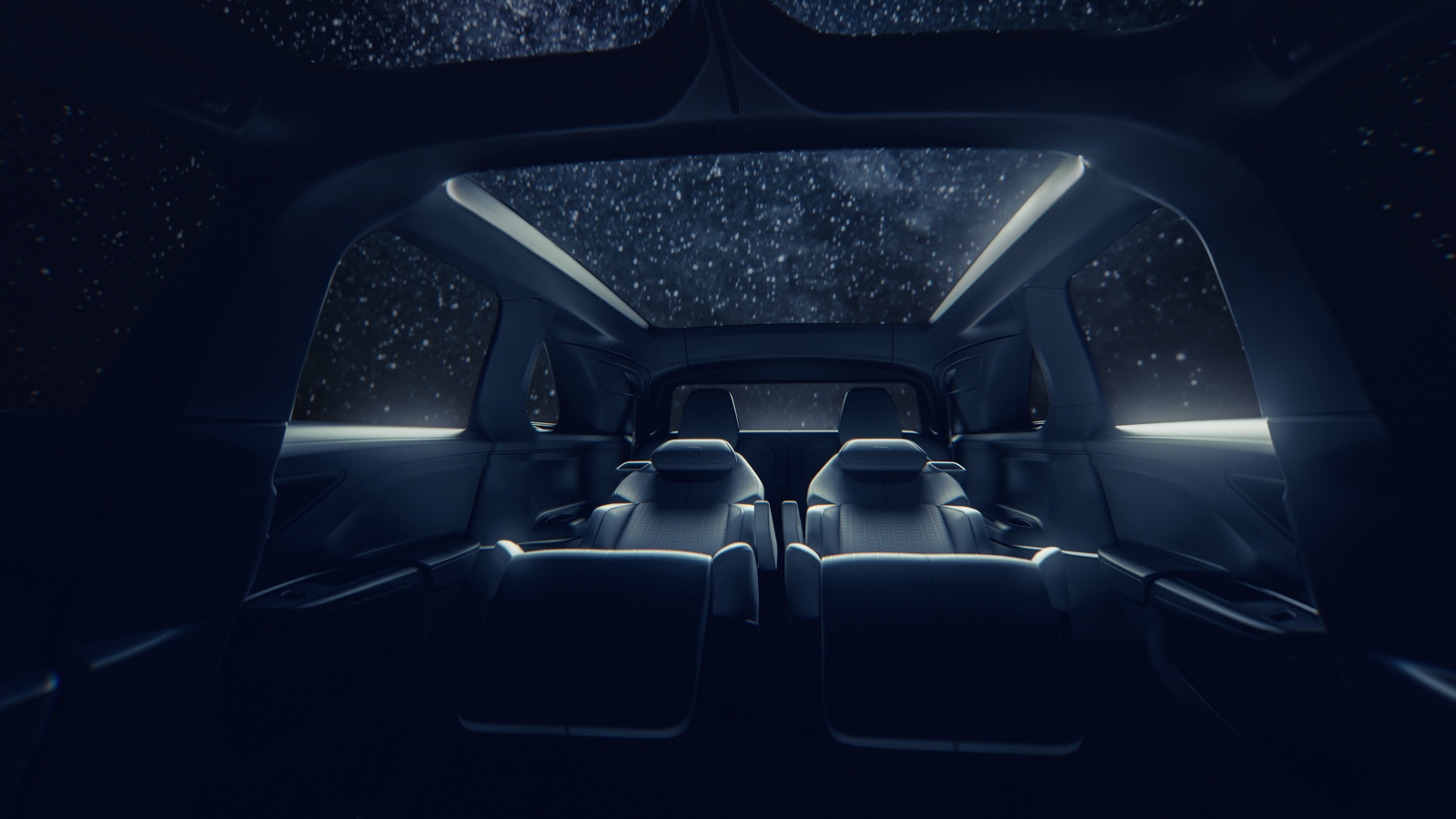 Moving to the inside of the Gravity, it’s quite obvious that Lucid’s keeping its next-generation infotainment system a secret for now, as the clearest shot we have is of the rear seats. For anyone who thought of the Toyota Sienna while looking at these footrest-equipped second-row dad chairs, you get a gold star. Lucid says that the Gravity will be available with five, six, or seven seats, which almost certainly means that the third row only has two seat belts.

As for interior bits surrounding those seats, it doesn’t seem like there’s much in the way of headliner material. Sure, the B-pillars look to be the size of Roman columns, but the massive glass roof offers quite the effect. Intriguingly, the front panel is split by a plastic spar, which when combined with the massive B-pillars and roof member, gives the front roof section a T-top look from the inside. Mullet and Def Leppard cassette not included, presumably. 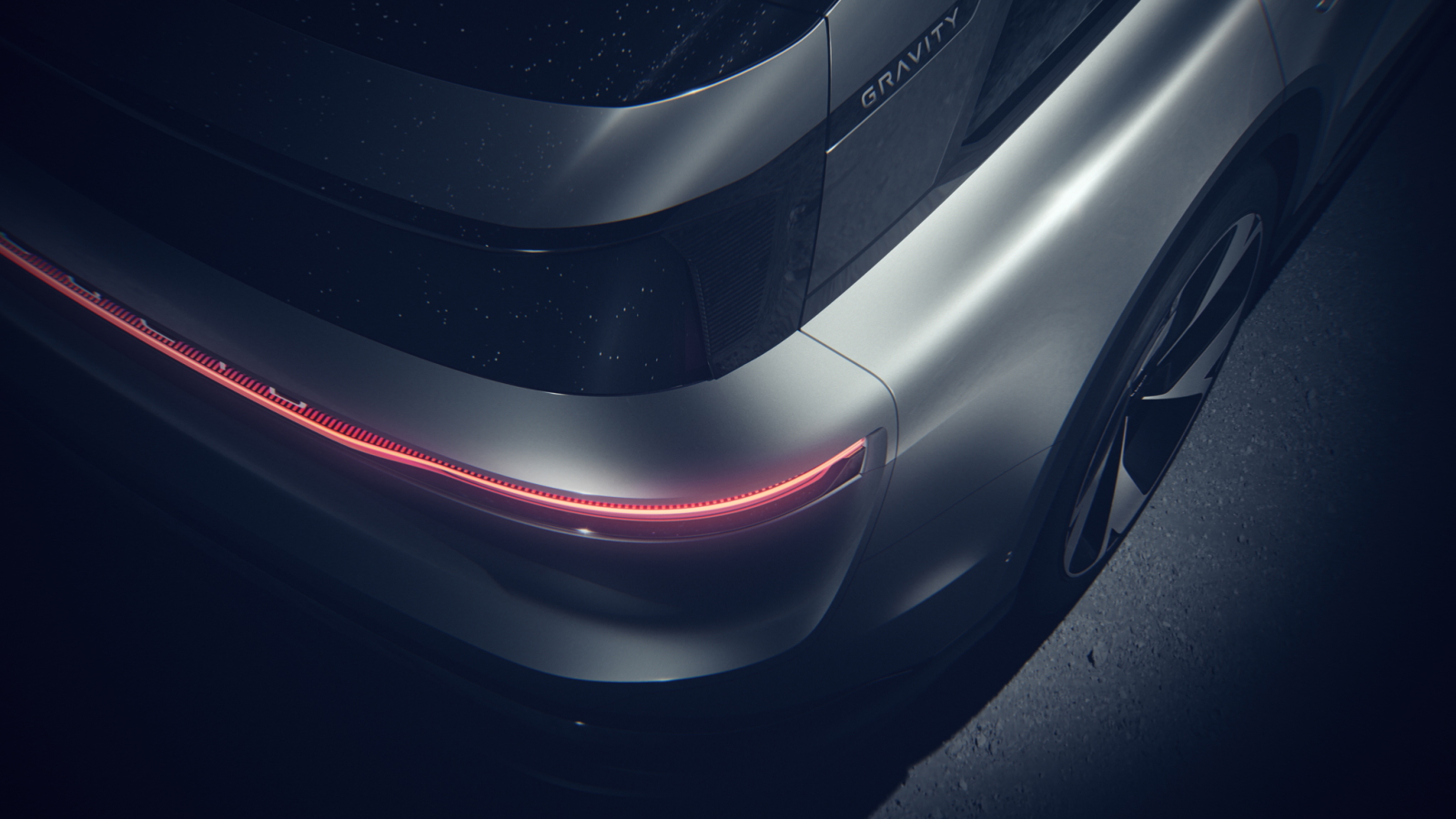 Lucid’s not letting the public know much about what lies underneath the Gravity, but the firm promises “supercar levels of performance” and more range than any electric SUV out there. If the Tesla Model X Plaid is the one to beat, expect a high-performance Sapphire version of the Gravity to ripple tarmac and mash backpacks into the rear window. From Lucid:

More aerodynamic than any SUV the world has ever seen, Gravity distances itself from the competition with a previously unattainable combination of supercar performance and seating for up to seven adults. Lucid Gravity also promises more range than any other EV on the market – other than its stablemate, Lucid Air.

A vehicle with “supercar performance” that can seat seven? Time to hand in the keys to both your Chrysler Pacifica and McLaren 720S; you may even make money on this!

Expect a full reveal of the Lucid Gravity in early 2023. Reservation banks are expected to open at that point, but deliveries aren’t expected to start until 2024. That may seem like a very long lead time, but it’s not unusual given the current car market. Even though Lucid’s entering the SUV market at a time of stiff competition, consumer appetite should be strong enough to make the Gravity a cash machine for the small automaker.

All photos courtesy of Lucid Motors

Thomas is a Nu Rave-blaring, heel-toe downshifting, maple syrup-swilling, chassis-geeking, junkyard parts-hauling, floppy-haired scenester who's been writing about cars since college. His current ride is a 2006 BMW 325i with the six-speed manual gearbox. Instagram: @thomas.hundal Twitter: @thomashundal
Read All My Posts »
PrevPreviousHere’s Everything You Don’t Get In The New Cheaper Lucid Air Trims
NextThe 2023 Toyota Prius Is Way Faster, Way Sportier, And Way Better LookingNext