Today’s Cold Start is a bit late because Matt and I are on West Coast Time, the result of being out in Los Angeles for the LA Auto Show and, more importantly, our Auto Show Party with the Big Barrow of Shrimp. The image and car I chose for the Cold Start is sort of inspired by the Airbnb we’re staying in around Pasadena, not too close to the show because David is a cheapskate. When I saw the place, I thought “damn, this looks like the administrative office of a state park.” But when I went inside I realized that it in fact looked just like the administrative office for a state park. Because it does. Because it was some sort of office, and all that’s been done to change that is swap some desks for beds. It’s weird. I can’t prove it was a state park office, but the building just feels like that, which is why I picked a forestry-service International Scout for the car.

Here, look what this place is like on the inside: 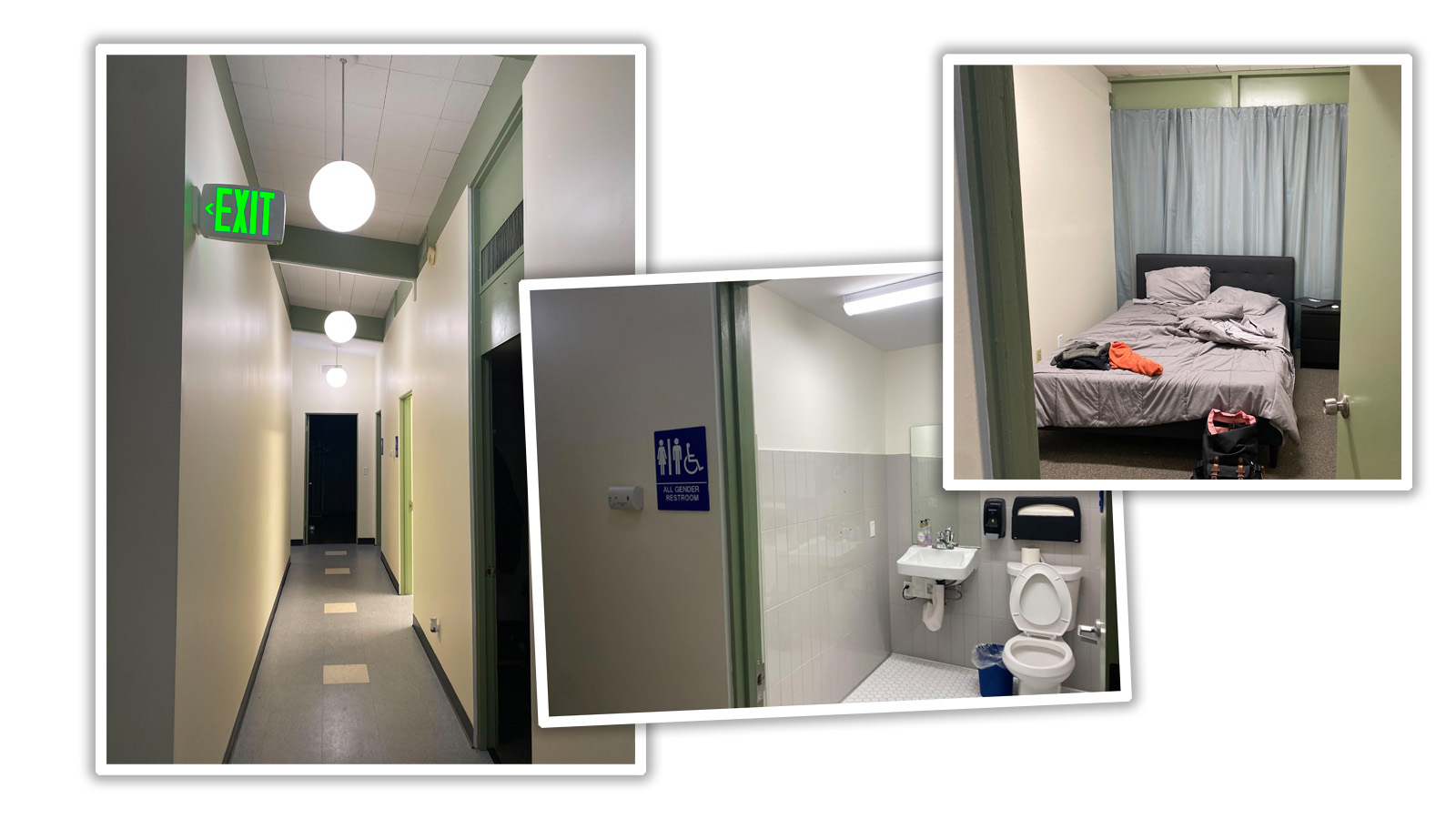 This is an office. It feels, looks, and smells like an office. The lighting is office-awful, as in your options are buzzy flickery-sickly overhead fluorescent lighting or pitch blackness. The bathroom’s lights are on a motion sensor, too. The kitchen area is so much a break room I expected to open the fridge and find tupperware with moldy casserole in it labeled CHERYL’S DO NOT TOUCH.

Anyway, it’s home for the next few days while we cover the show. Maybe it’ll feel better when I make us all flapjacks on the copier.

Oh! The Atari part! Right! So, because the Scout was a Forestry Service car, I wanted to put it in a forest-y background, so I took this opportunity to show something I’ve always felt deserves more recognition: The Atari 2600 E.T. game’s background graphics. Specifically, these background graphics: 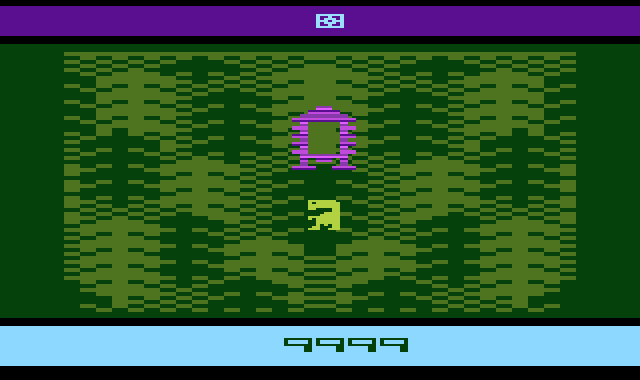 As you may know, E.T. is considered one of the worst Atari games ever made, a colossal letdown and fuckup to such a degree that there’s landfills full of the cartridges. And, sure, the game isn’t good. But, it’s not all bad. I think Howard Scott Warshaw’s (the game’s desgner) graphics are really quite lovely, especially given the limitations of the system, and this forest background I think is genuinely one of the best seen on a 2600 bar none.

The background layer of what the 2600 could draw on screen, called the playfield, was even more limited than the foreground, moving graphics. The pixels were all four normal pixels wide, so you’re drawing with dashes, and you can only use 22 of them per scanline, which is only halfway across the screen, so the other half had to be either duplicated or mirrored. That’s a lot of restrictions.

Sure, fancy programming can work around a lot of this, but most games just dealt with the limitations, like this forest did, but still, somehow, it looks so good. It feels like a forest. It’s a repeating pattern of dark and light green trees, and it works. It even feels like an evergreen forest. I respect it so much.

Now, if you’ll excuse me, I need to get my pants out of the filing cabinet. Under P for pants or did I do T for trousers?

I'm a co-founder of the Autopian, the site you're on RIGHT NOW! I'm here to talk to you about taillights until you cry and beg me to stop, which I absolutely will not. Sorry. Hug? Also, David's friend.
Read All My Posts »
PrevPreviousThe 2023 Toyota Prius Is Way Faster, Way Sportier, And Way Better Looking
NextAds That Made Me Giggle: 2001 Hyundai Santa Fe vs 1999 Subaru ForesterNext