Lane Motor Museum’s restoration shop is one part of the museum that isn’t really open to the public. Thankfully, the shop staff allowed me to walk around and take pictures yesterday without much grumbling. Here are the current projects we have going on. 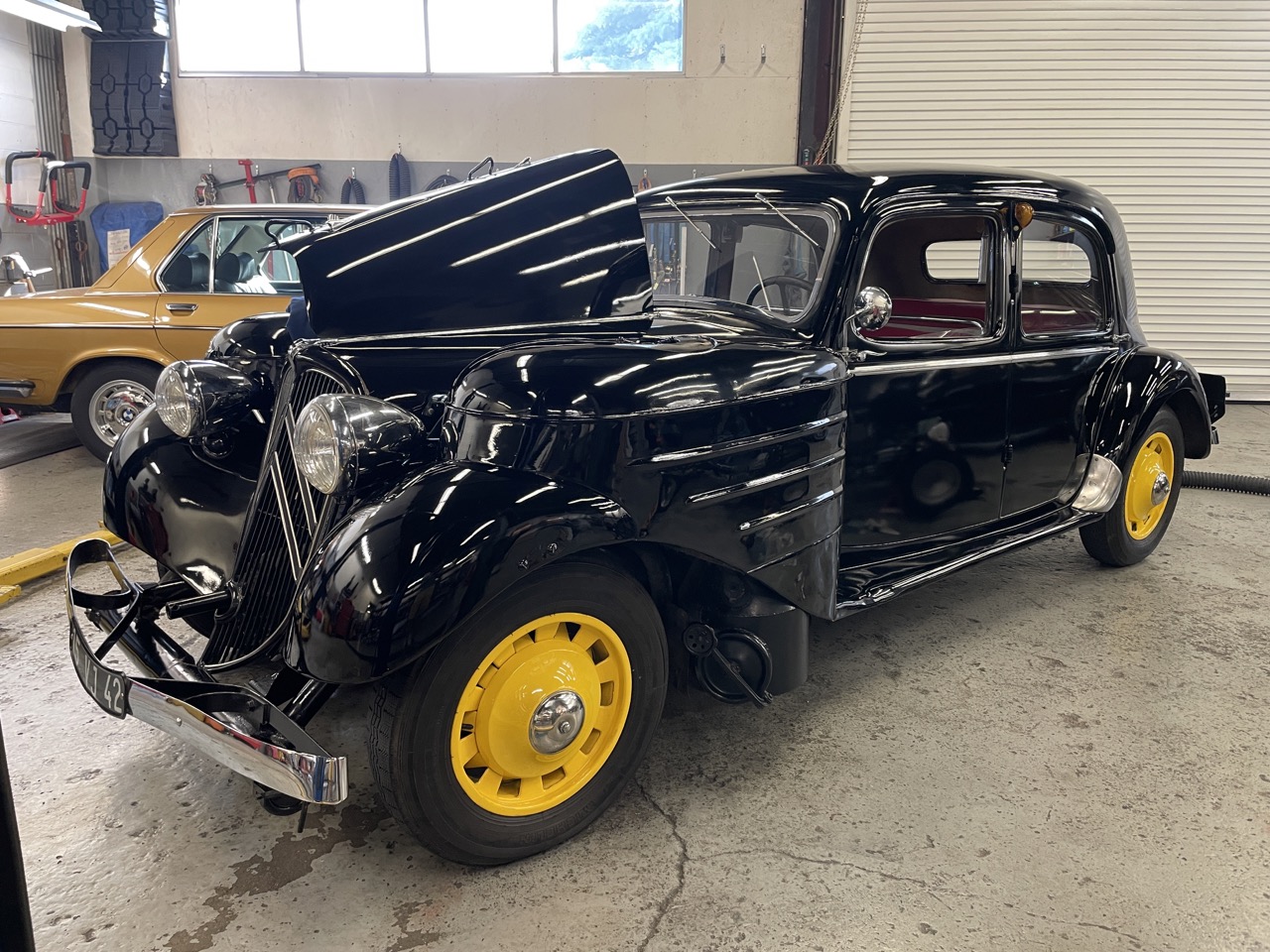 This Traction Avant is getting ready for the Pebble Beach Concours. The pontoons on top of the front fenders give away that this car has been modified in quite a unique way. 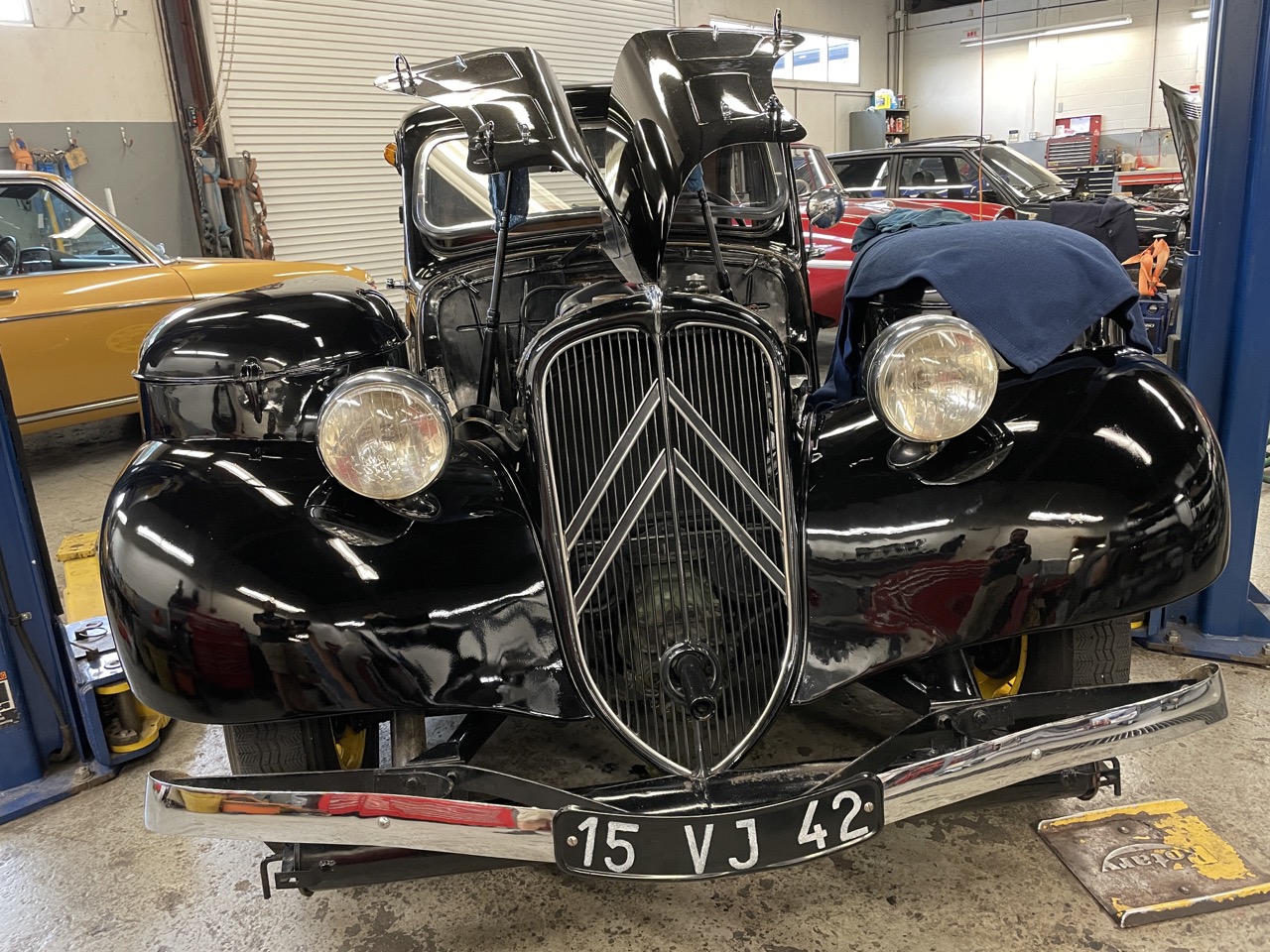 During the German occupation of France during World War II, gasoline was scarce, expensive, and often unavailable. Several companies offered systems for a vehicle to be powered by alternative fuels such as wood, coal, or charcoal. This particular car ran on coal.

The large cylindrical container atop the driver’s side front fender was filled with coal and ignited. In about 30 minutes, the gas (mainly carbon dioxide) would have built up in a significant volume in the main furnace, reaching temperatures of 1600-2300 Degrees Fahrenheit. That’s too hot for combustion, so the air was drawn into a condensing unit under the front bumper. The passenger-side fender unit contained a particulate filter, and the filtered, cooler air would be drawn to the top of the container, and then fed into a special carburetor, making the engine run. Using the coal system reduced horsepower by one-third, which reduced the top speed to about 45 mph (depending on how well the coal was burning). Range was about 30 miles before you had to stop and add more coal. Only a few of these conversions survive. 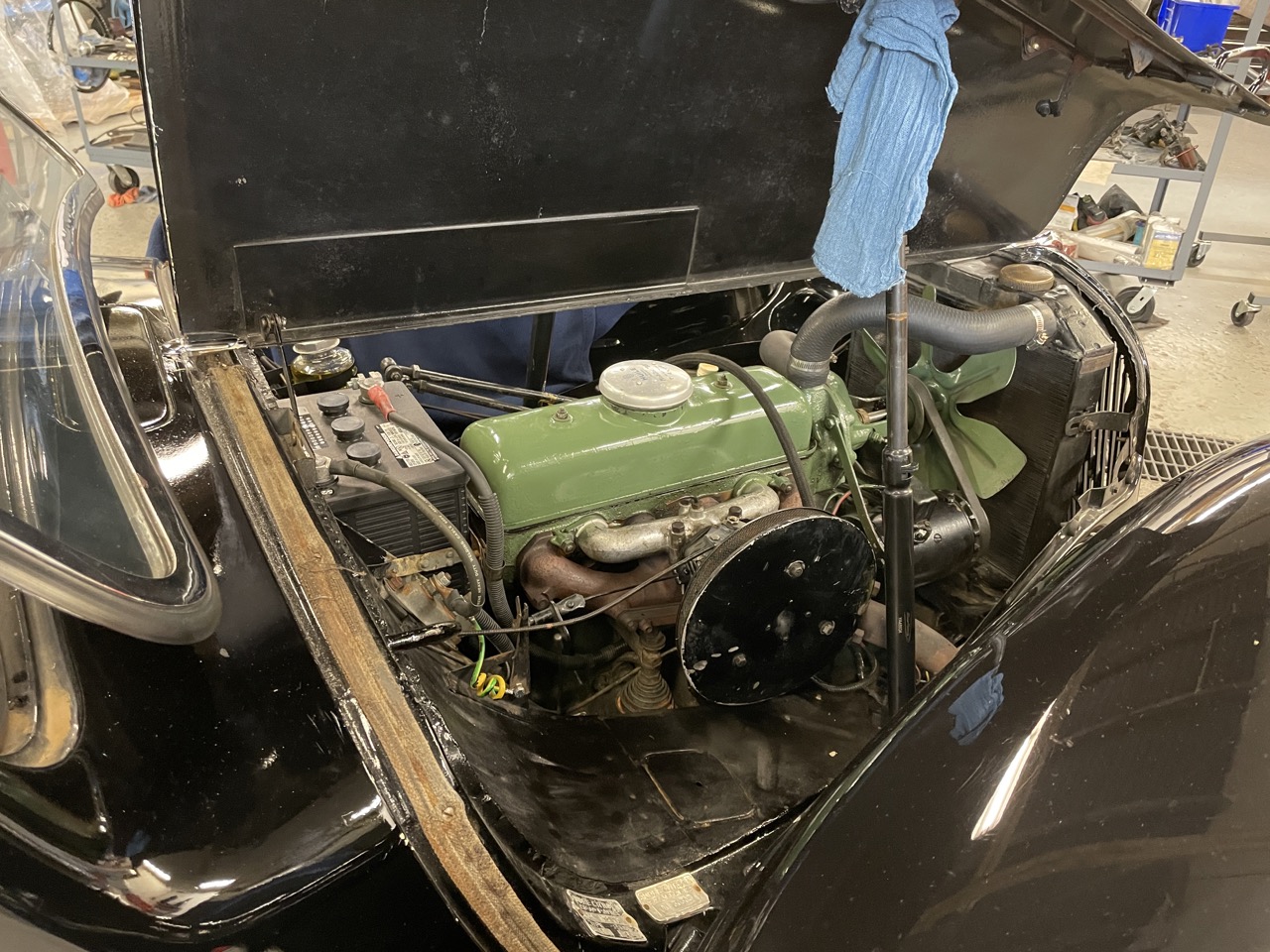 Our Gazogene was converted back to run on gasoline probably soon after the war, but the pontoons were kept. To get ready for Pebble Beach (the cars must be driven onto the field), Nick has done a complete service on it: oil change, fuel tank drain, new spark plugs, valve adjustment, compression test, checked and re-packed the wheel hubs, and given it an alignment. There is still a leak around the rear main seal and the rear of the oil pan, but that should be alleviated before it leaves for California. 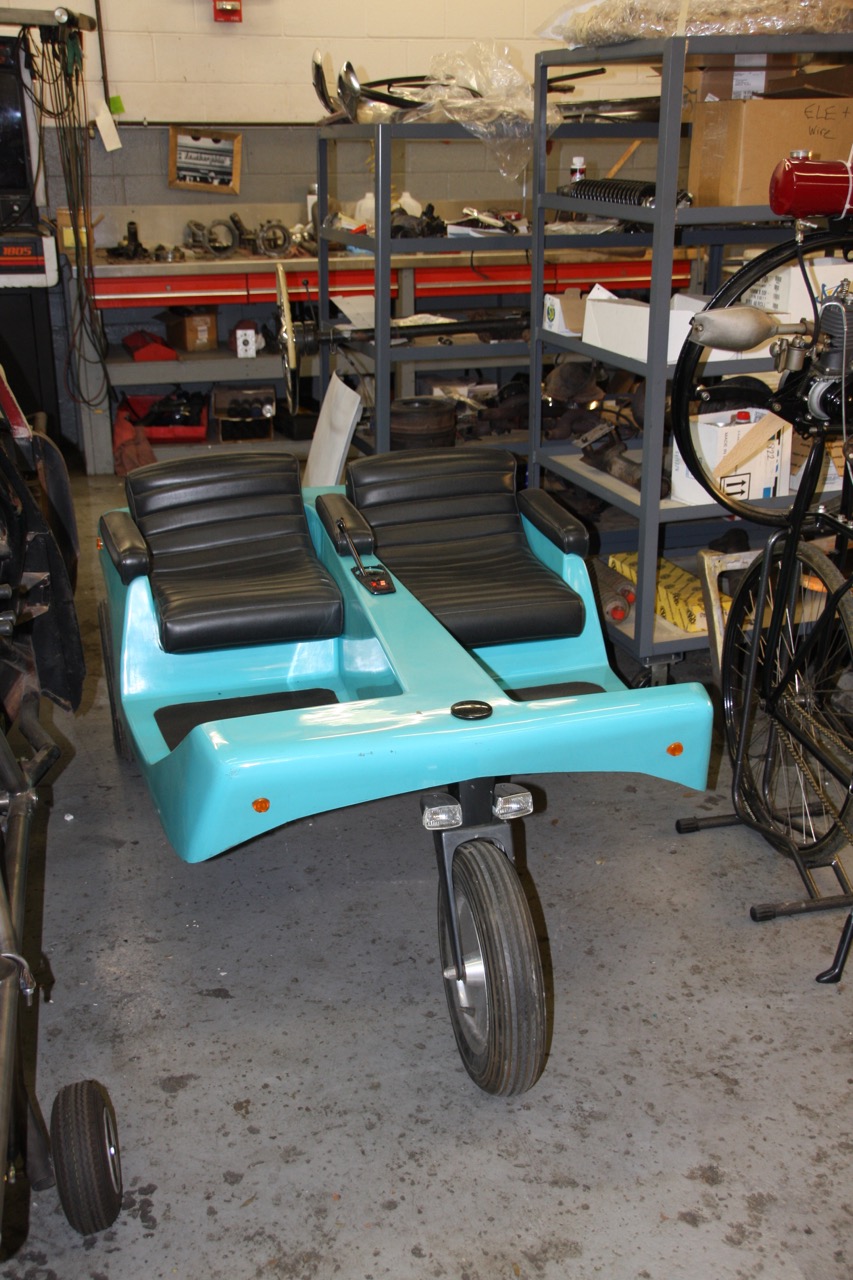 This little utility cart is the world’s first entirely drive-, steer-, and brake-by-wire vehicle to be produced. In the early 1960s, the Jarret brothers developed a new kind of electric motor known as a Switched Reluctance Motor. A series of 24 magnetic coils are switched in sequence to synchronize the current flow; this determines the direction of magnetism that moves a flywheel in a rotational direction. 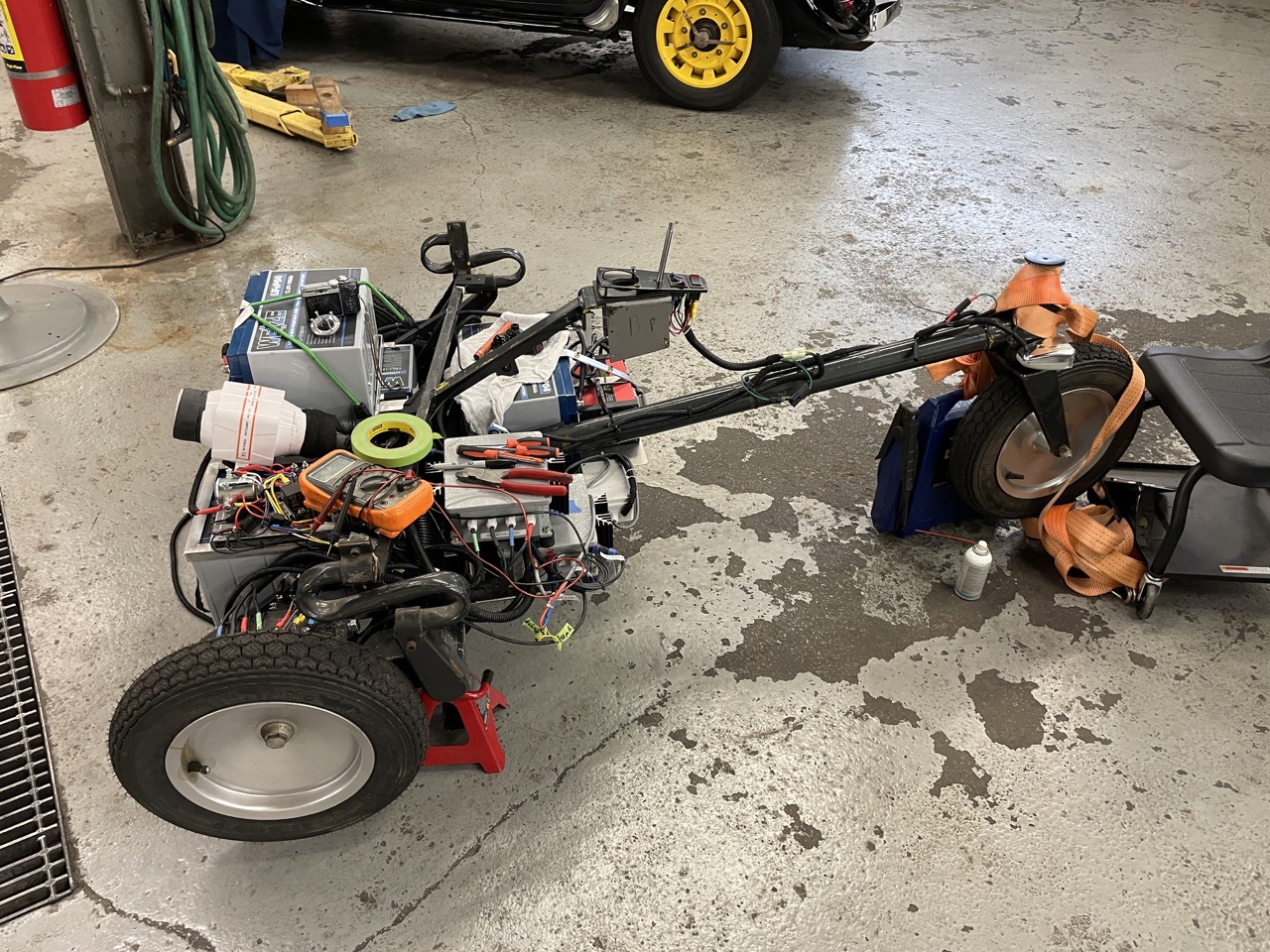 Two SRM electric motors are directly connected to each rear wheel; the vehicle is steered by changing the relative speed of either one of the motors. The front wheel is positioned caster-style so that it moves freely in all directions, like a shopping cart. The Jarret’s narrow profile was designed to transport two people around a large factory. The original used four 12V lead acid batteries in series to deliver 48VDC to the SRM motors, but we have replaced those with lithium-ion batteries for longer range. 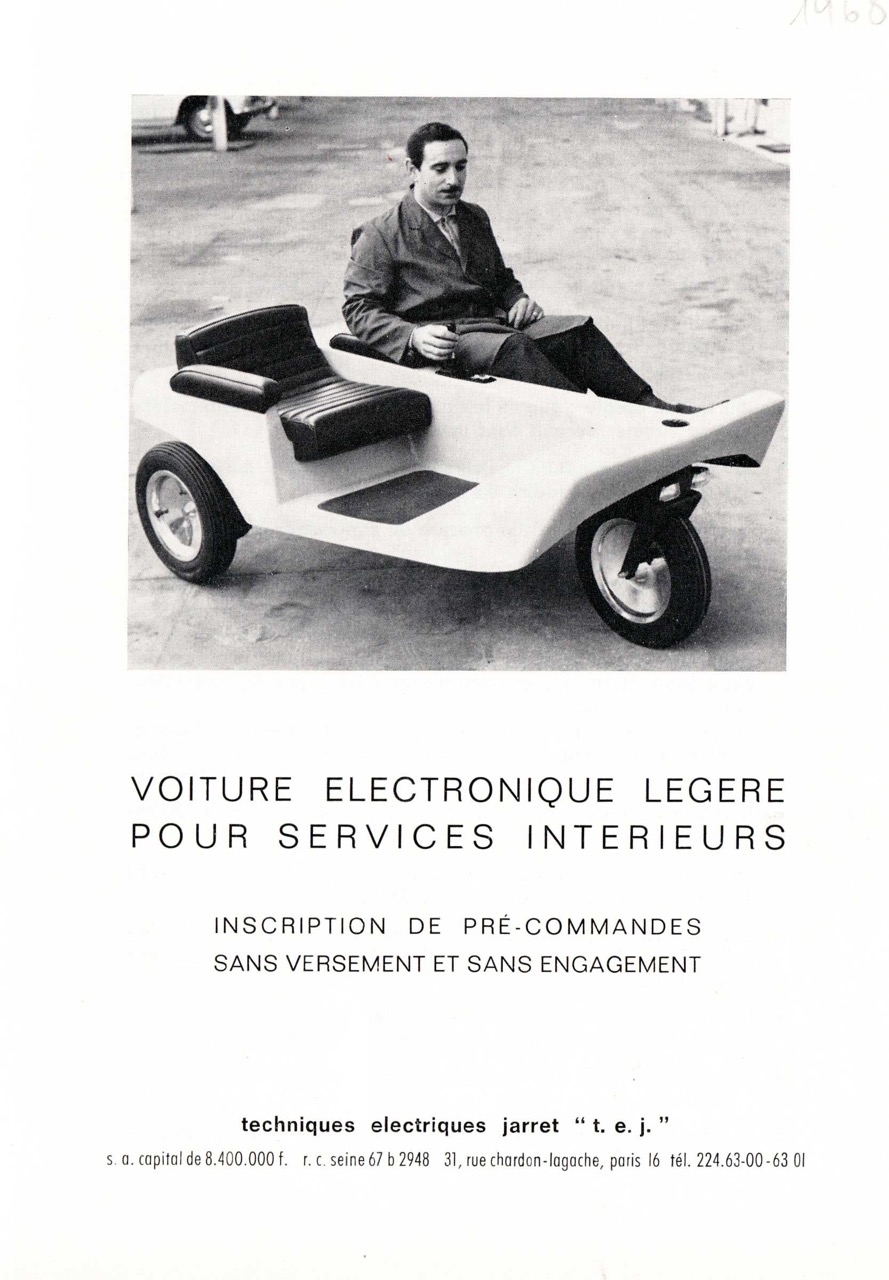 Only seven Jarret La Voiture Electroniques were built—two prototypes and five pre-production vehicles. Afterwards, a series of 100 Jarret Porquerolles were built but the new design had conventional DC motorization and mechanical steering, yet still used a joystick.

The shop added a larger mechanical hand brake to the Jarret juuuust in case something went screwy with the controls. Well, a couple of weeks ago, after doing a demonstration, the joystick would not respond to me telling it to go right. It just wanted to go around in circles, which I then had to utilize the hand brake a few times to keep from bumping into other cars. Once I was safely off the floor, without me touching the joystick, it started to creep to the left BY ITSELF. I maintain its haunted by one or both of the Jarret brothers. Our shop manager Greg just thinks it needs a more robust joystick. We can agree to disagree. 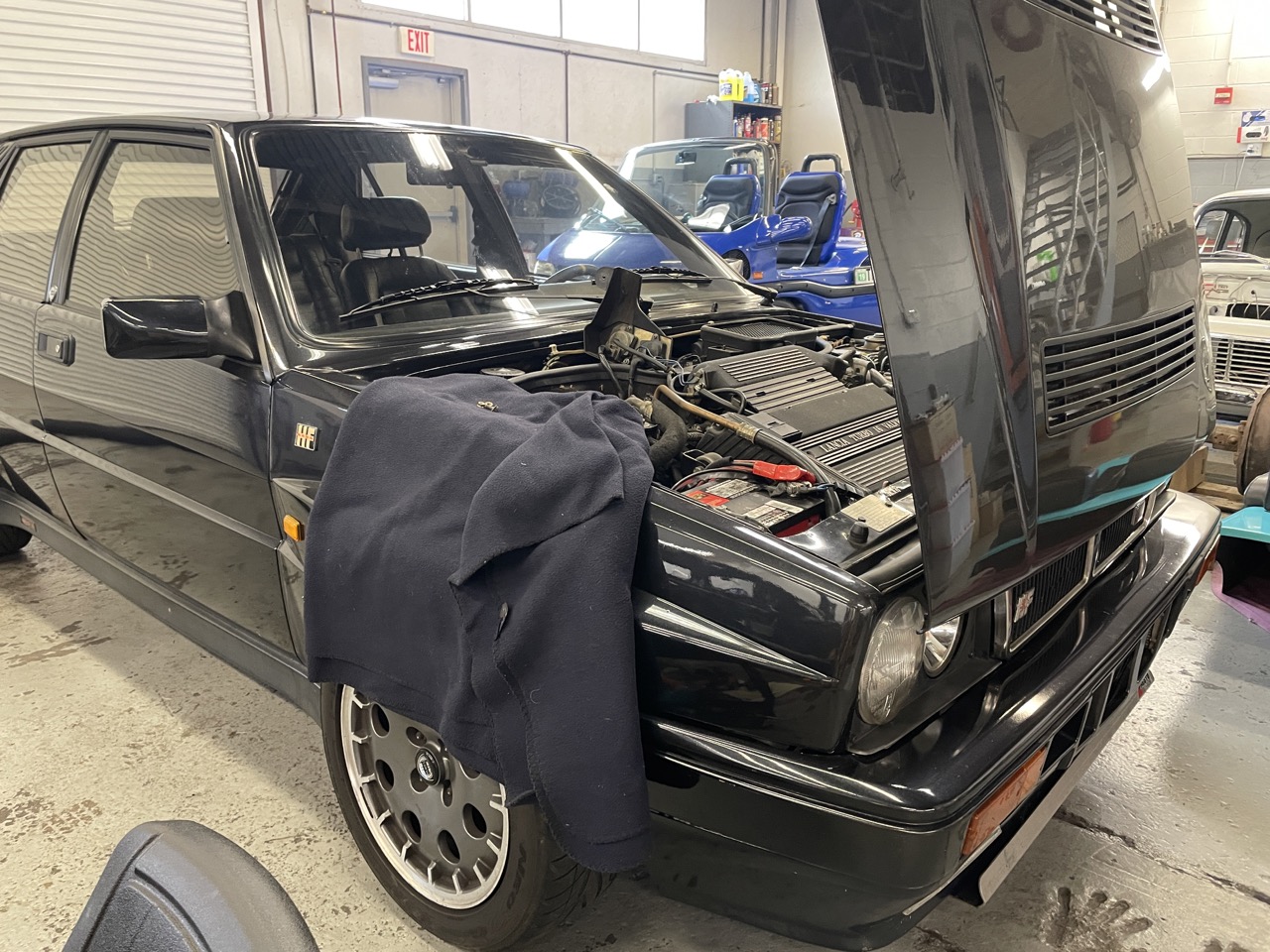 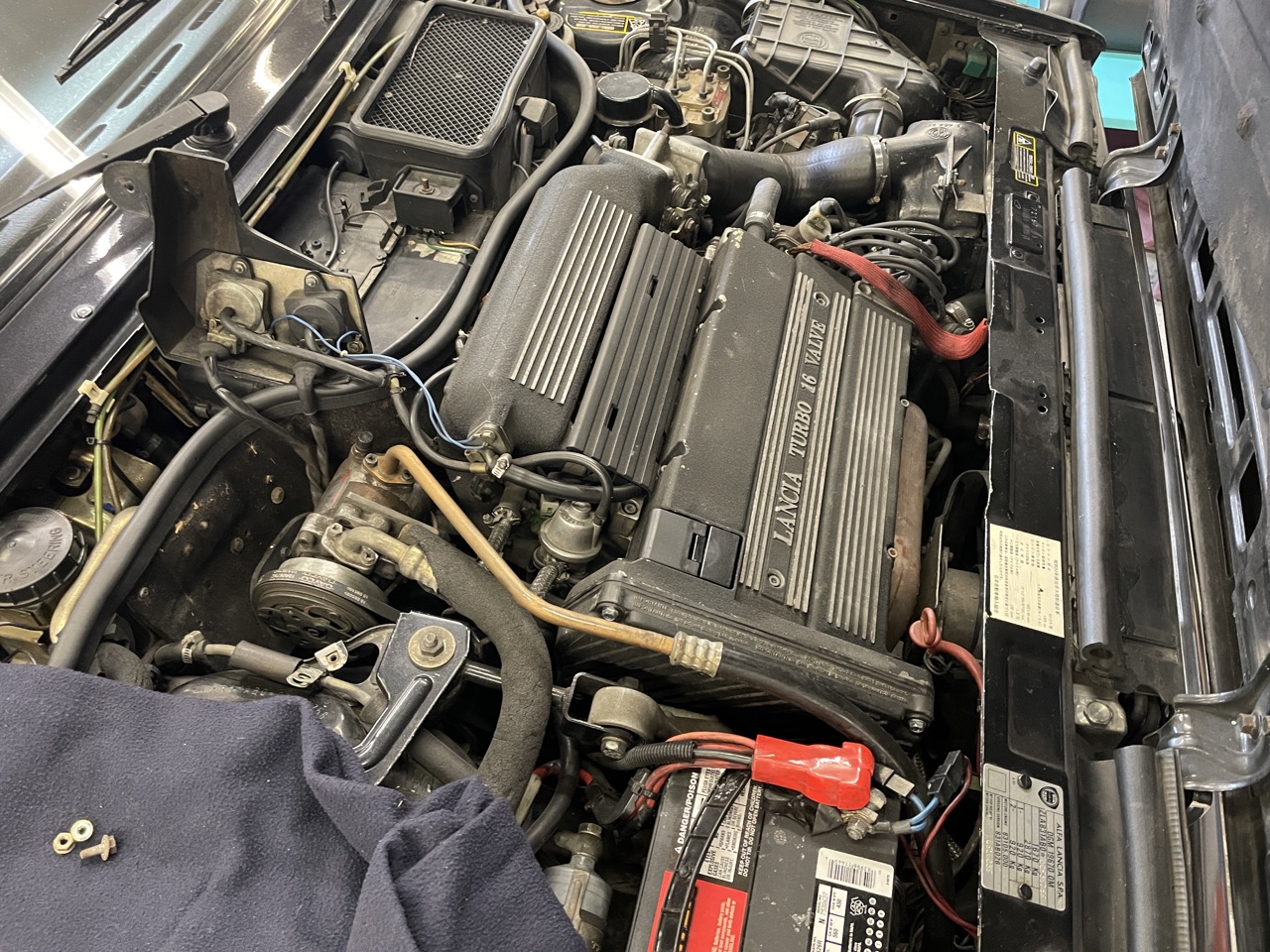 This rally hero is also getting a general servicing, along with an A/C system rebuild and a thorough safety check. 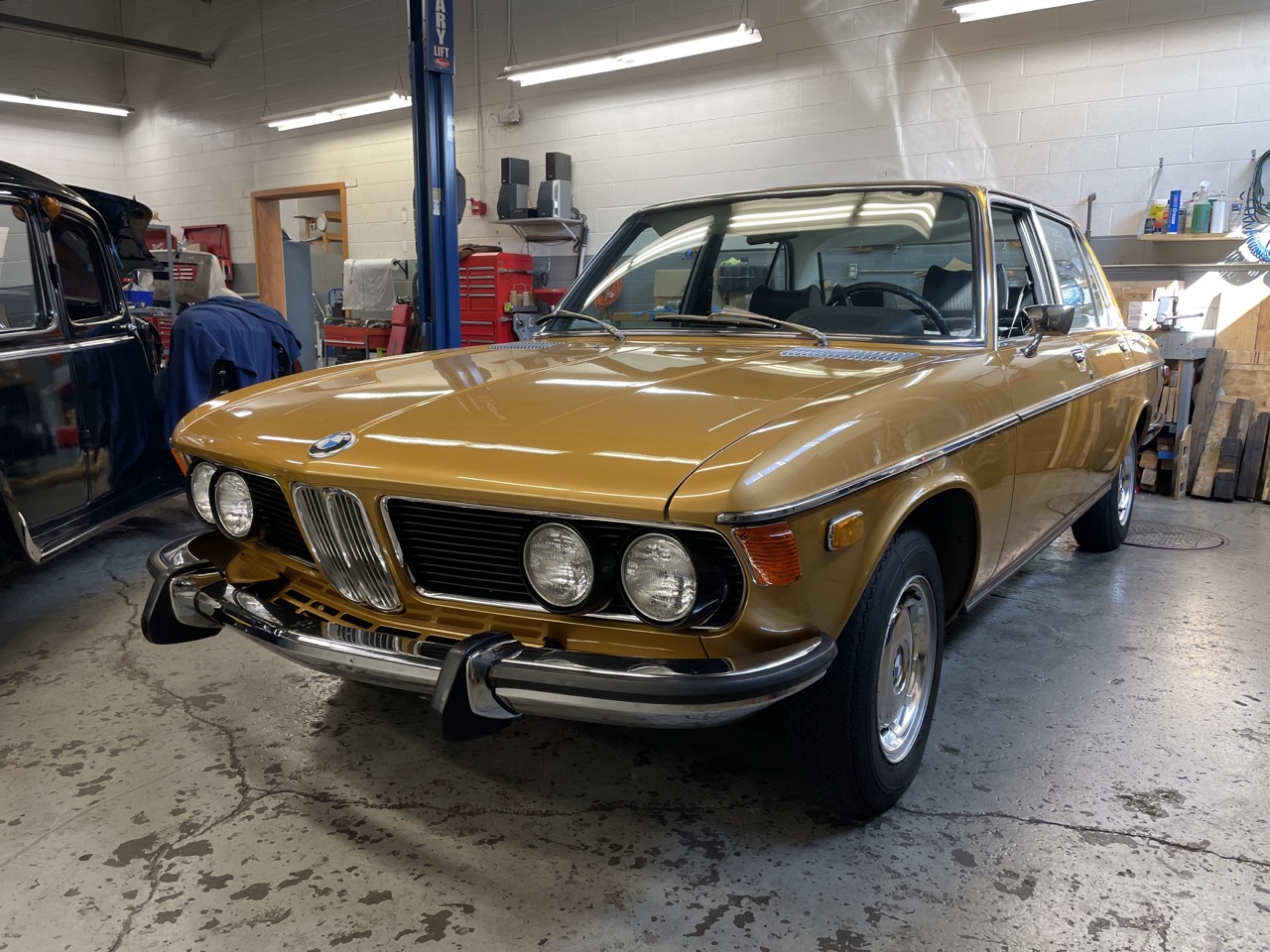 This BMW Bavaria has a bad transmission leak, so that’s getting remedied. This proto-7 series was the only BMW model to be sold with a name instead of an alphanumeric, besides the Isetta. Also, check out the automatic transmission selector. 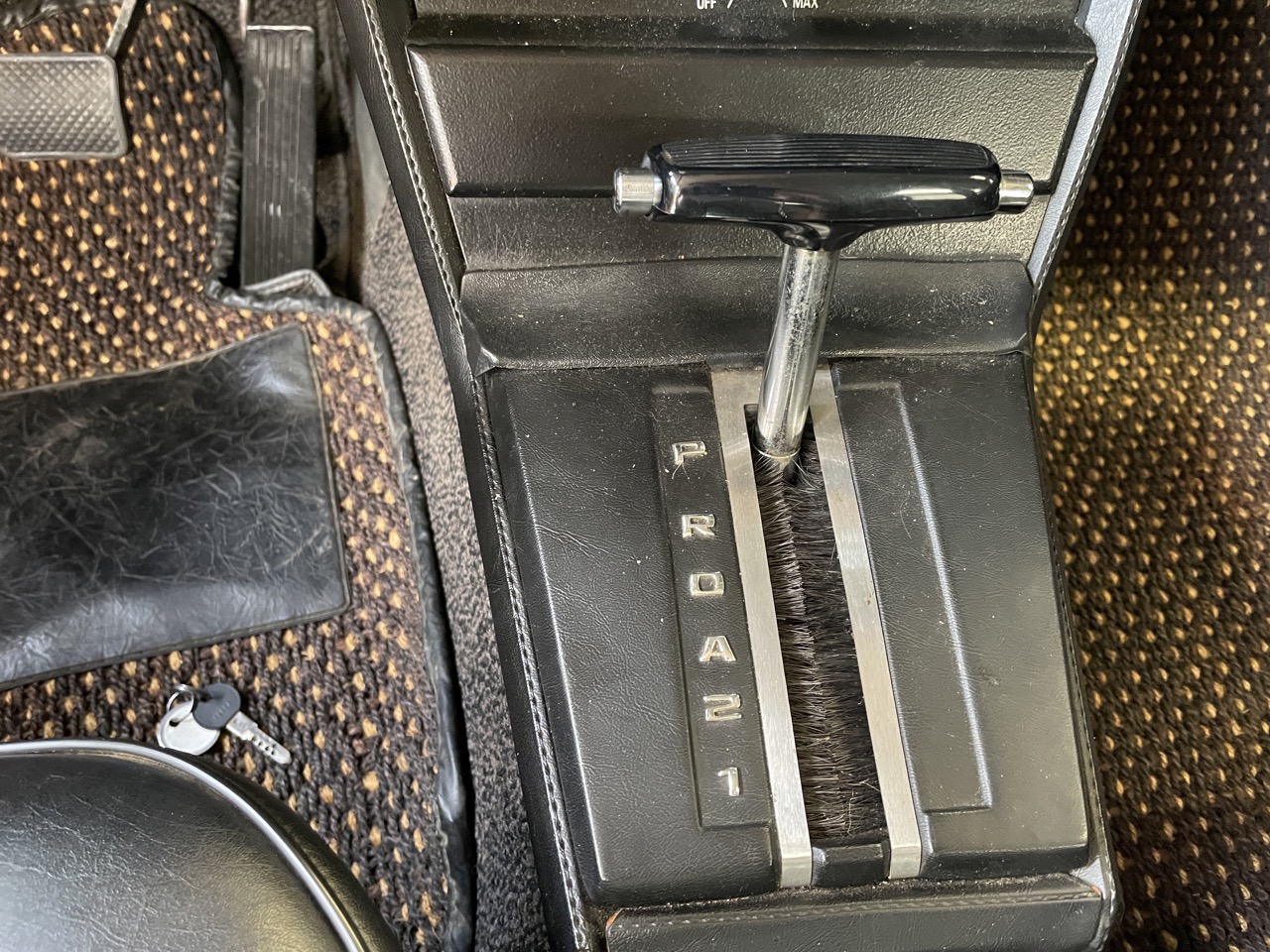 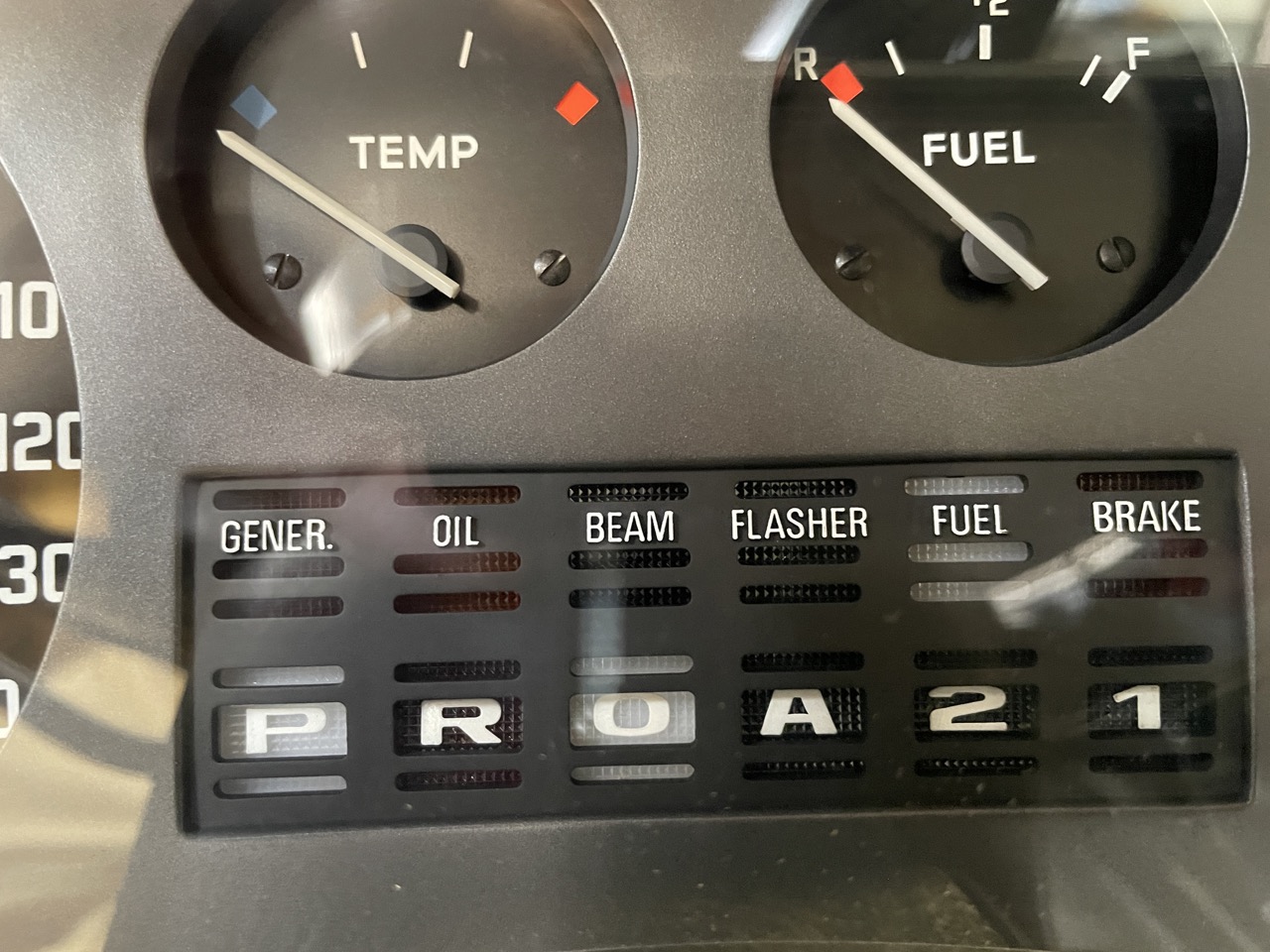 It goes P-R-0-A-2-1, in which the number zero is used instead of N for Neutral. Does anyone know of any other vehicle that used something other than “N” for Neutral for their automatic transmission selector? Is this some kind of German attempt at humor? Inquiring minds want to know. 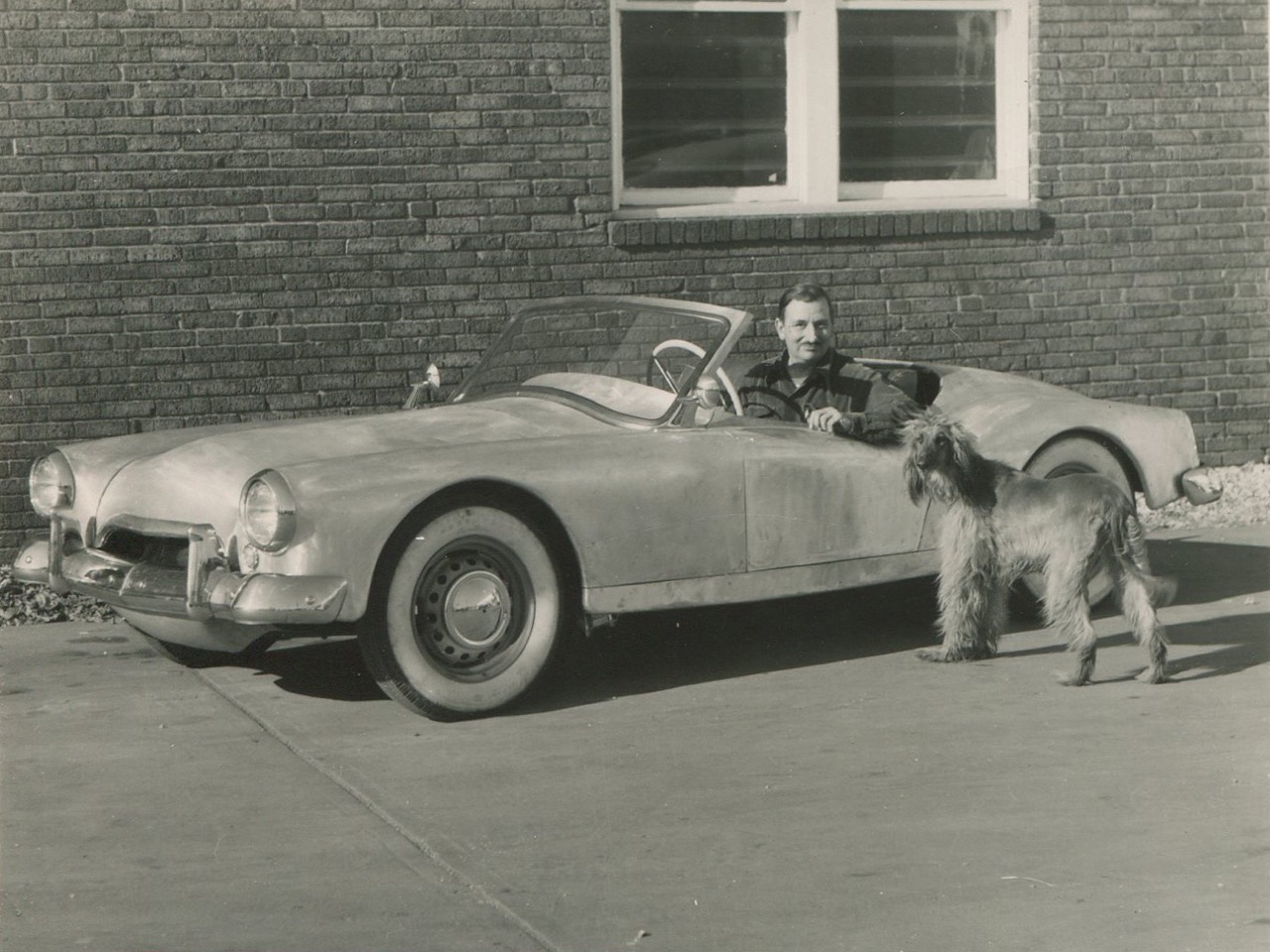 Kansas City, Missouri native Ben Gregory believed that front-wheel drive was the preferred method of propelling a car. From 1920-1922, he tried to put a car into production, and it is believed that about ten were made. Funding ran out, and Gregory gave up on the car business. After WWII, he again became interested in producing a front-wheel drive car, and so the roadster seen here as well as a sedan (also in the collection) are the only cars he made. Gregory tried to convince established car manufacturers to produce his cars, but was unsuccessful. Gregory is best known for designing AMC’s Mighty Mite Jeep. 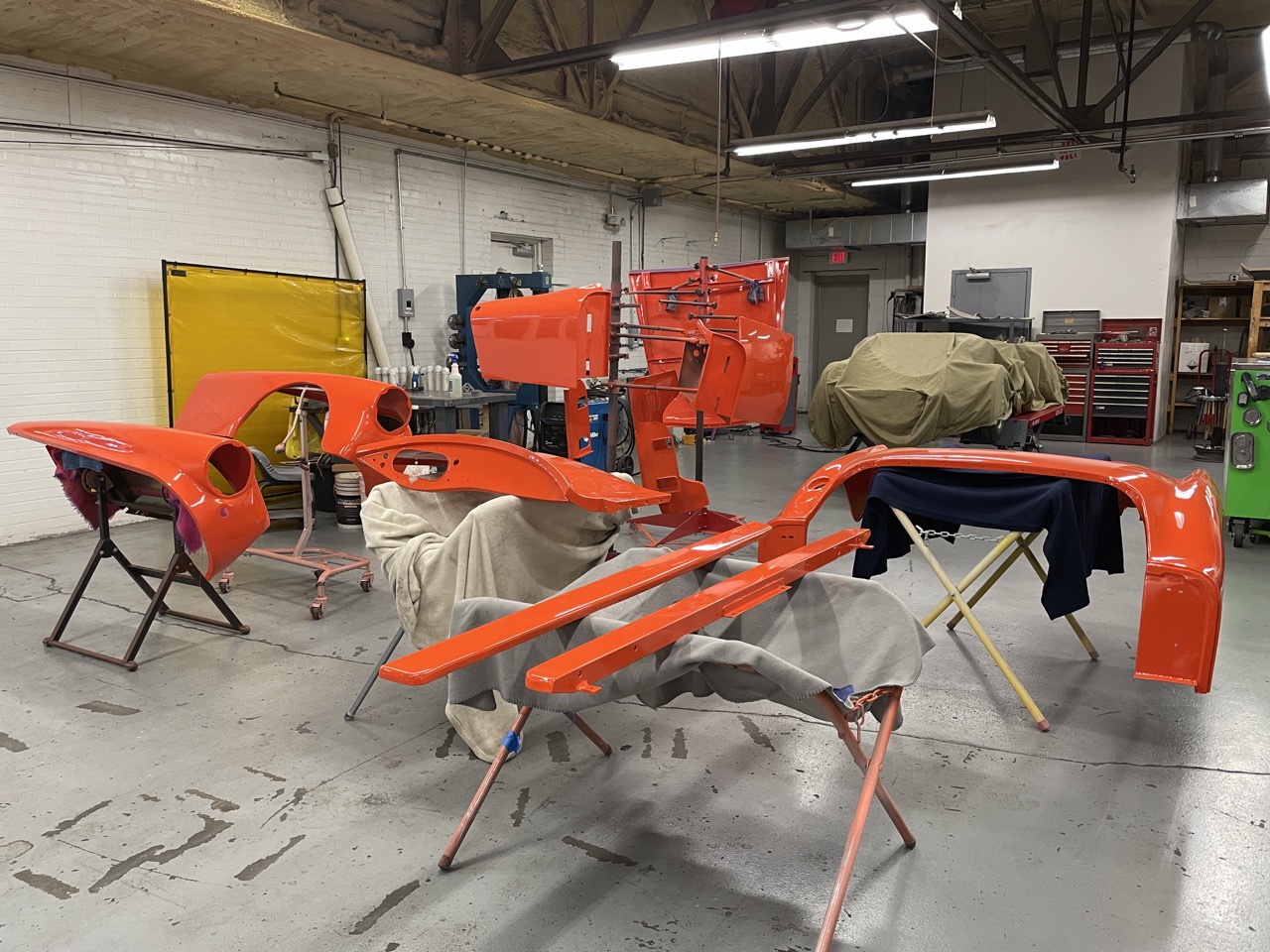 Finally back from paint, this Porsche 356-engined [Editor’s Note: Remember, this is a case where the engine is up front! – JT] American is getting its two seats repadded and upholstered: 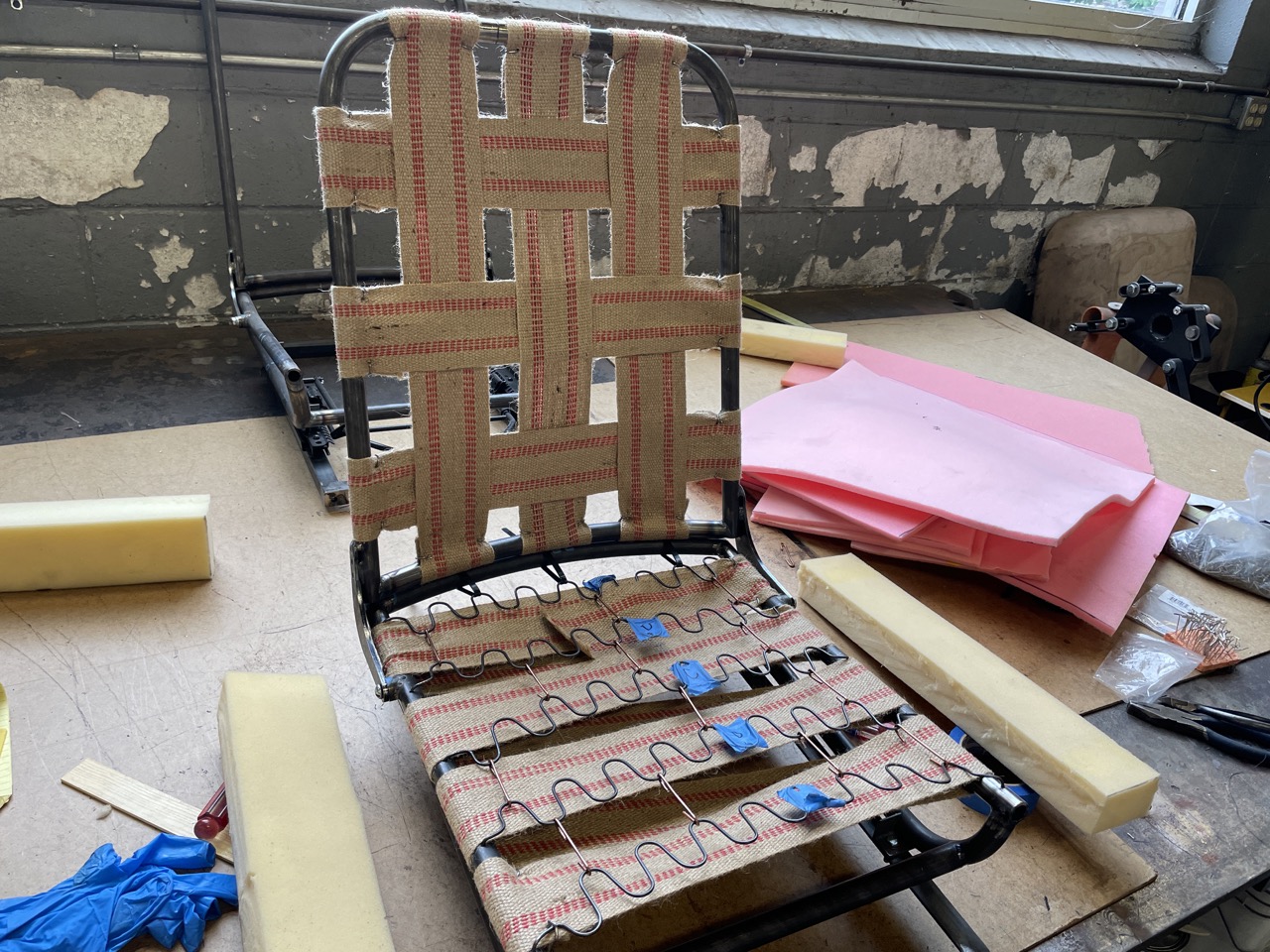 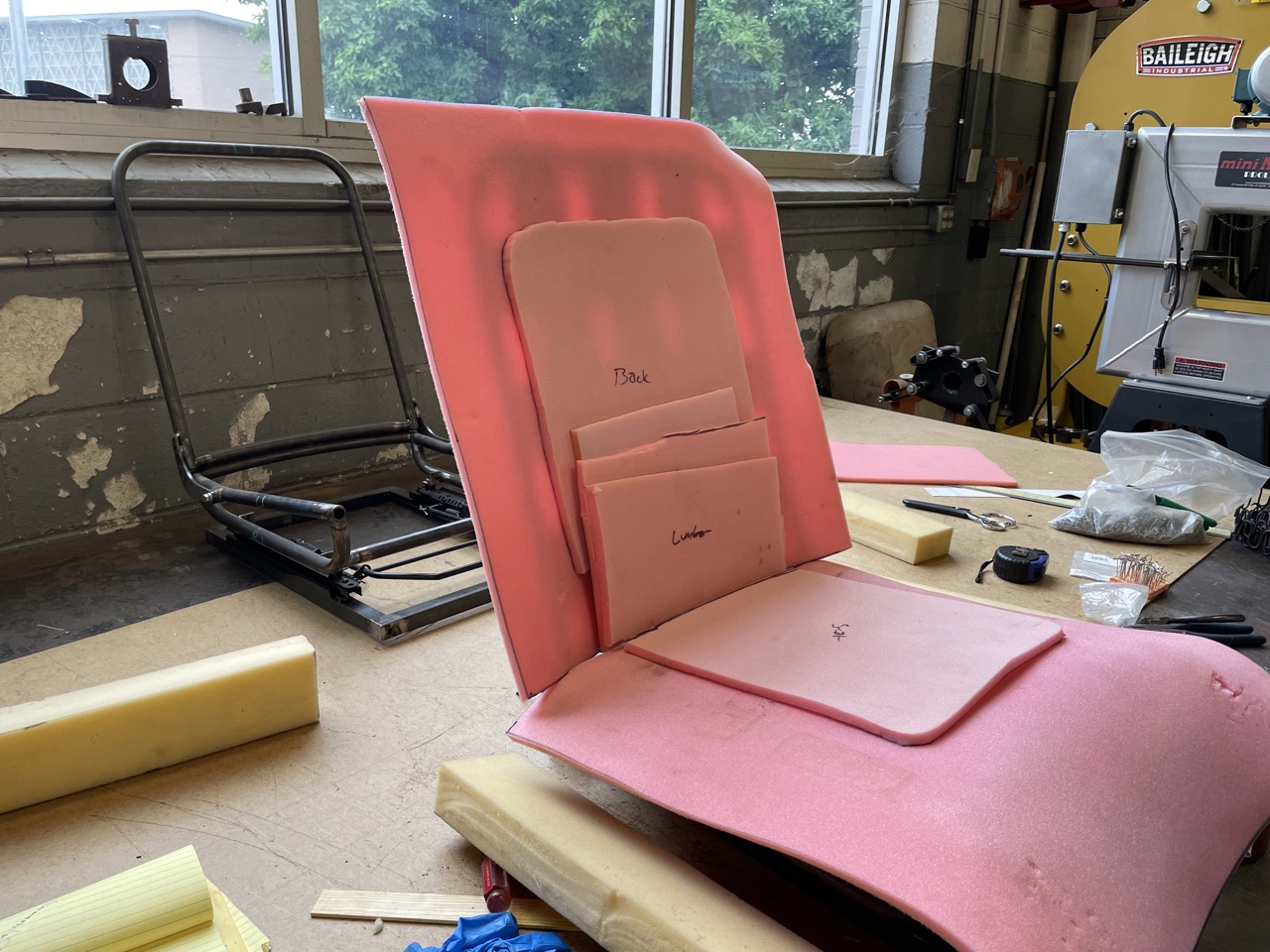 Then all it needs is reassembly and engine testing. This is what the finished product will look like. 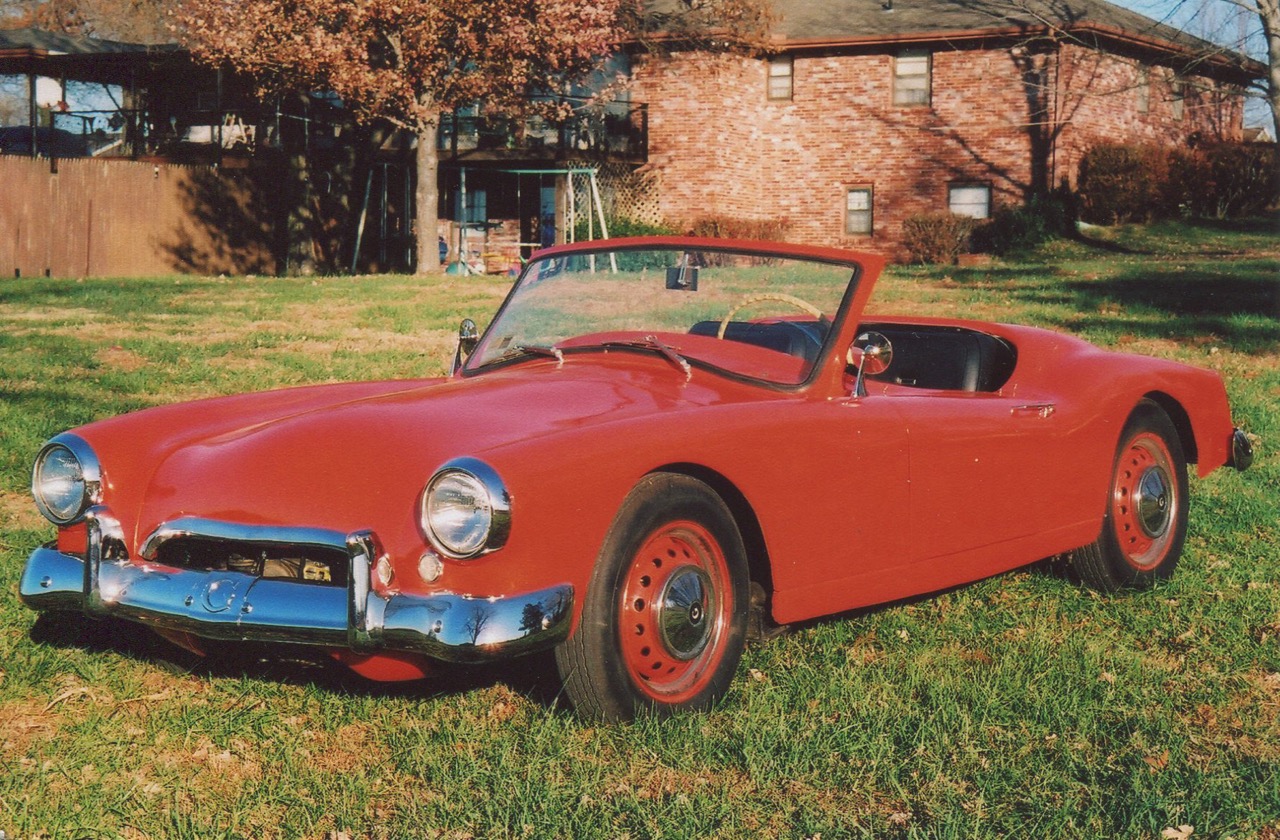 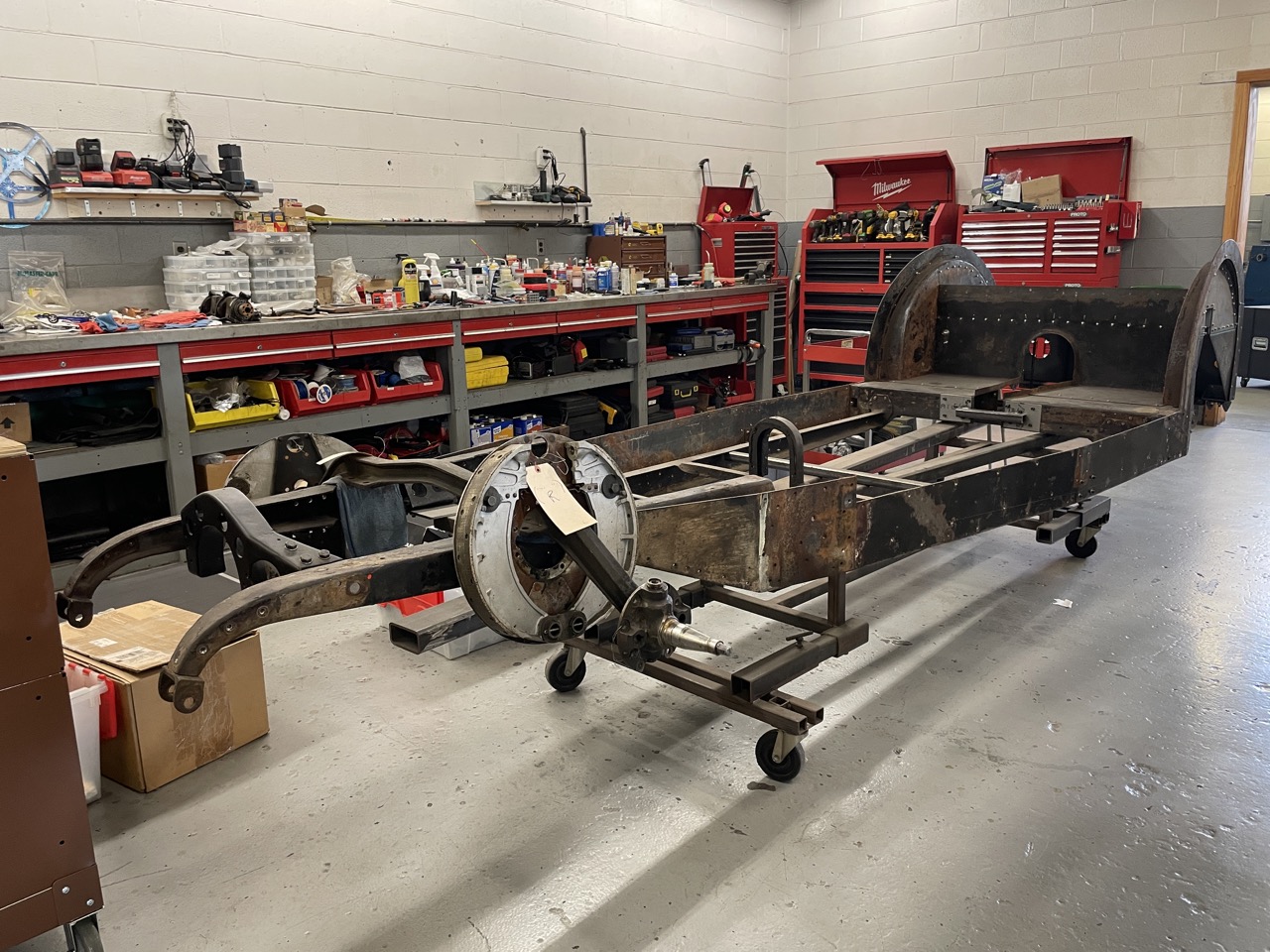 Plus this rack of parts: 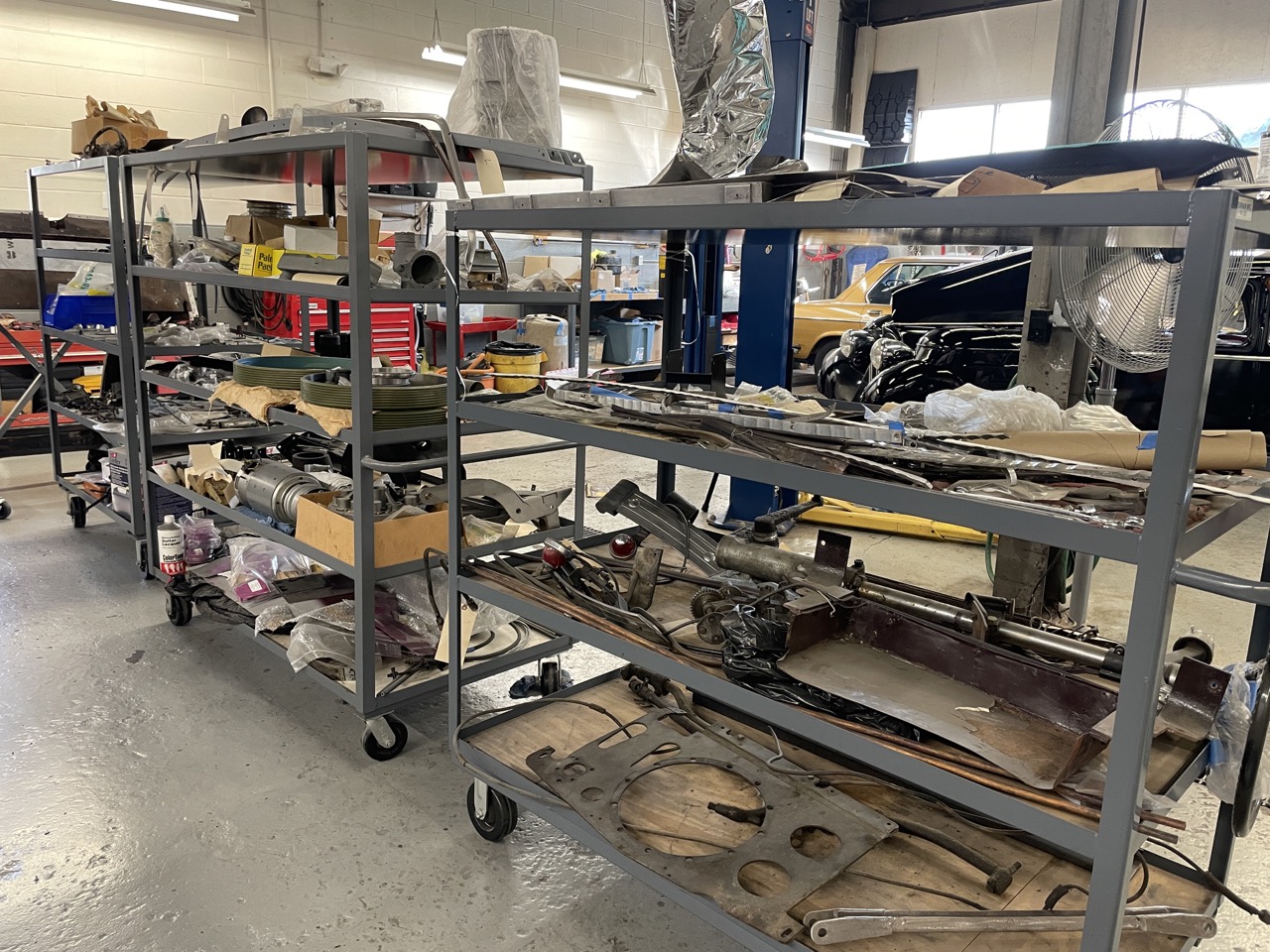 Plus these racks of body panels, seats, and glass equals this: 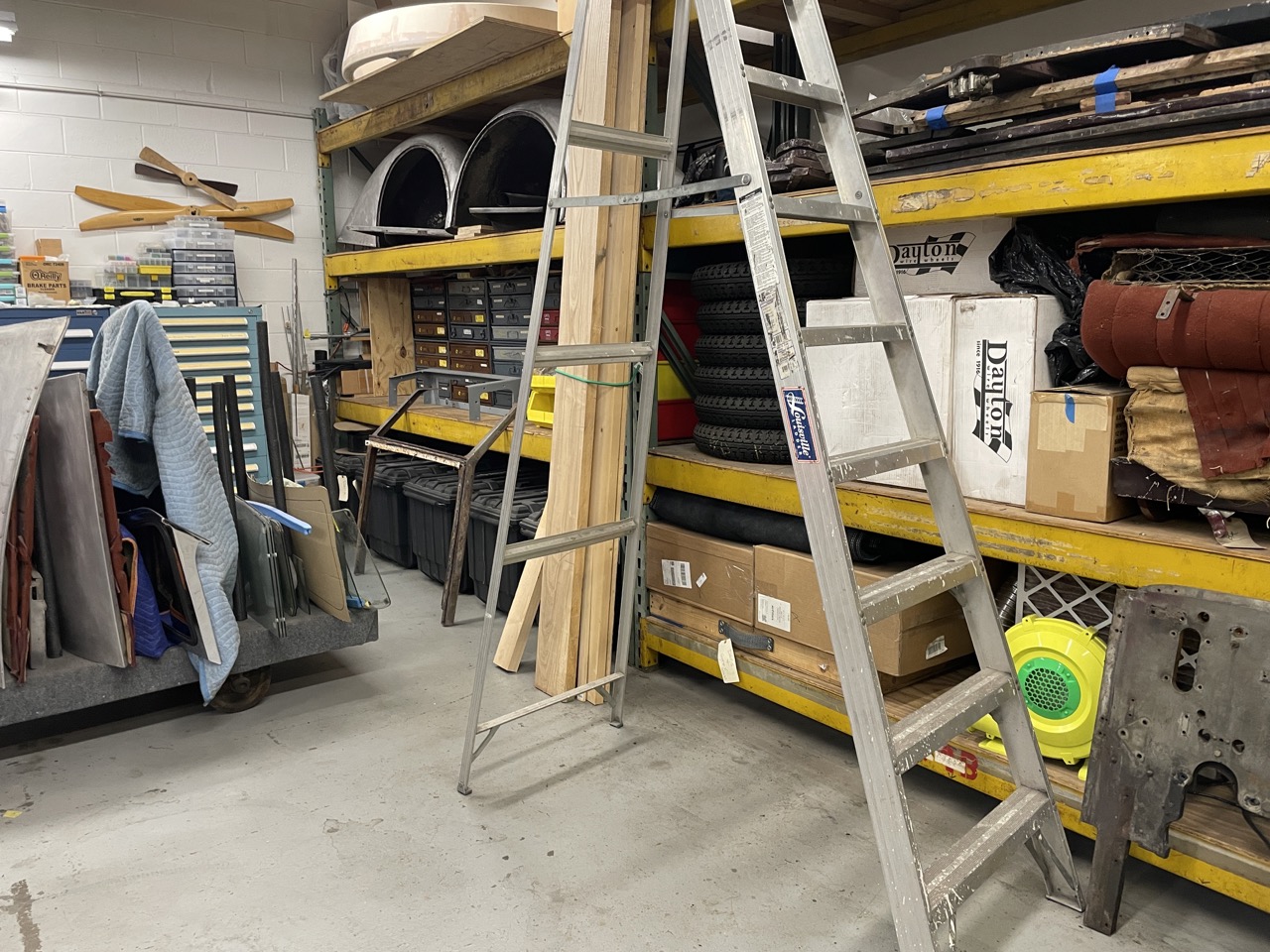 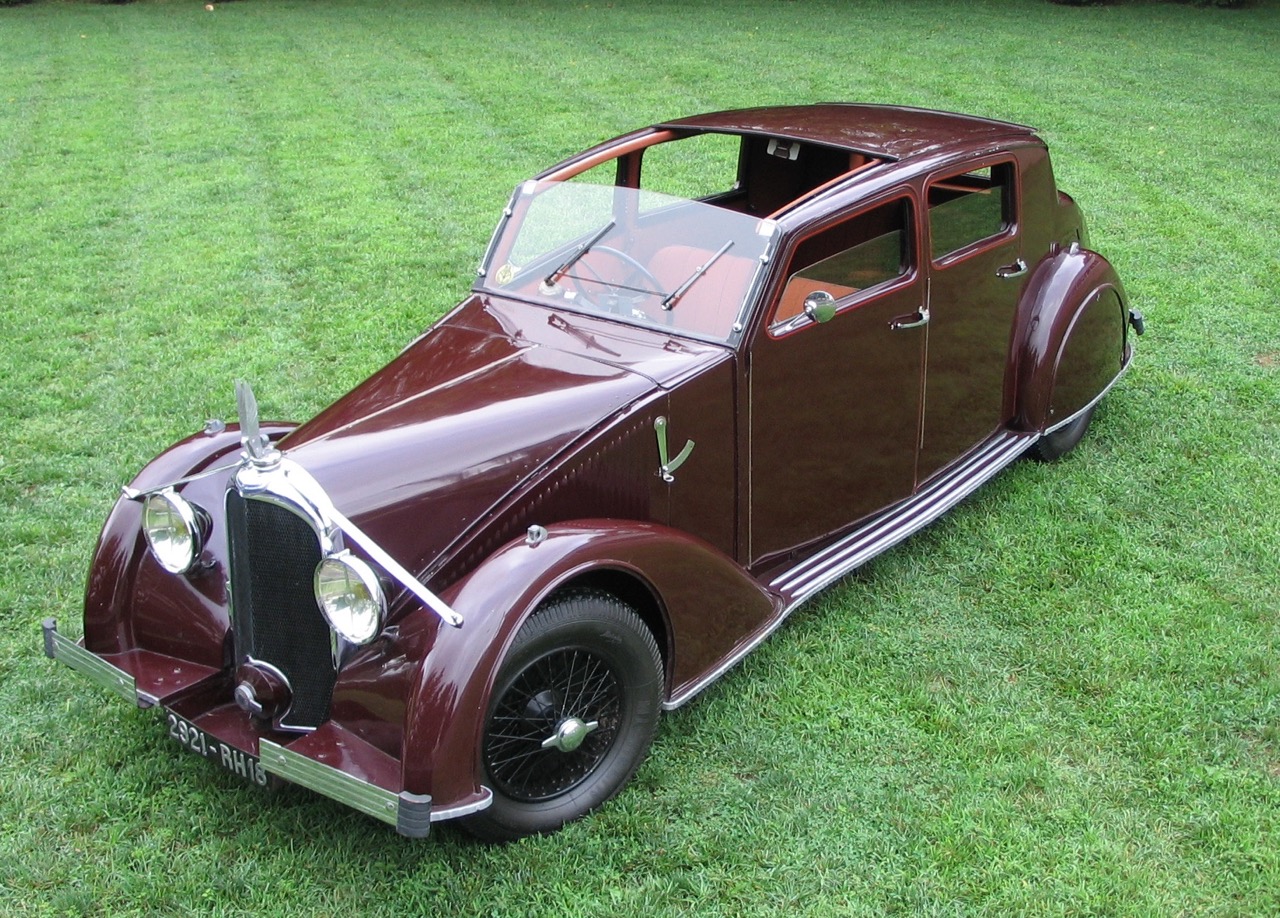 This is our 1936 Voisin C28, affectionately known as Chuck. Gabriel Voisin was a major manufacturer of airplanes during World War I. In 1919, he decided to become a car manufacturer and acquired a ready-made engine design–a 3969cc sleeve-valve four which had been considered and turned down by Citroën as unsuitable for mass production. Voisin remained faithful to the sleeve-valve principle for the rest of his career as a car maker. Voisin built lightweight cars using techniques learned in his years as an aircraft designer. The Type C28 “Ambassade” body design was the last model Voisin was personally responsible for. 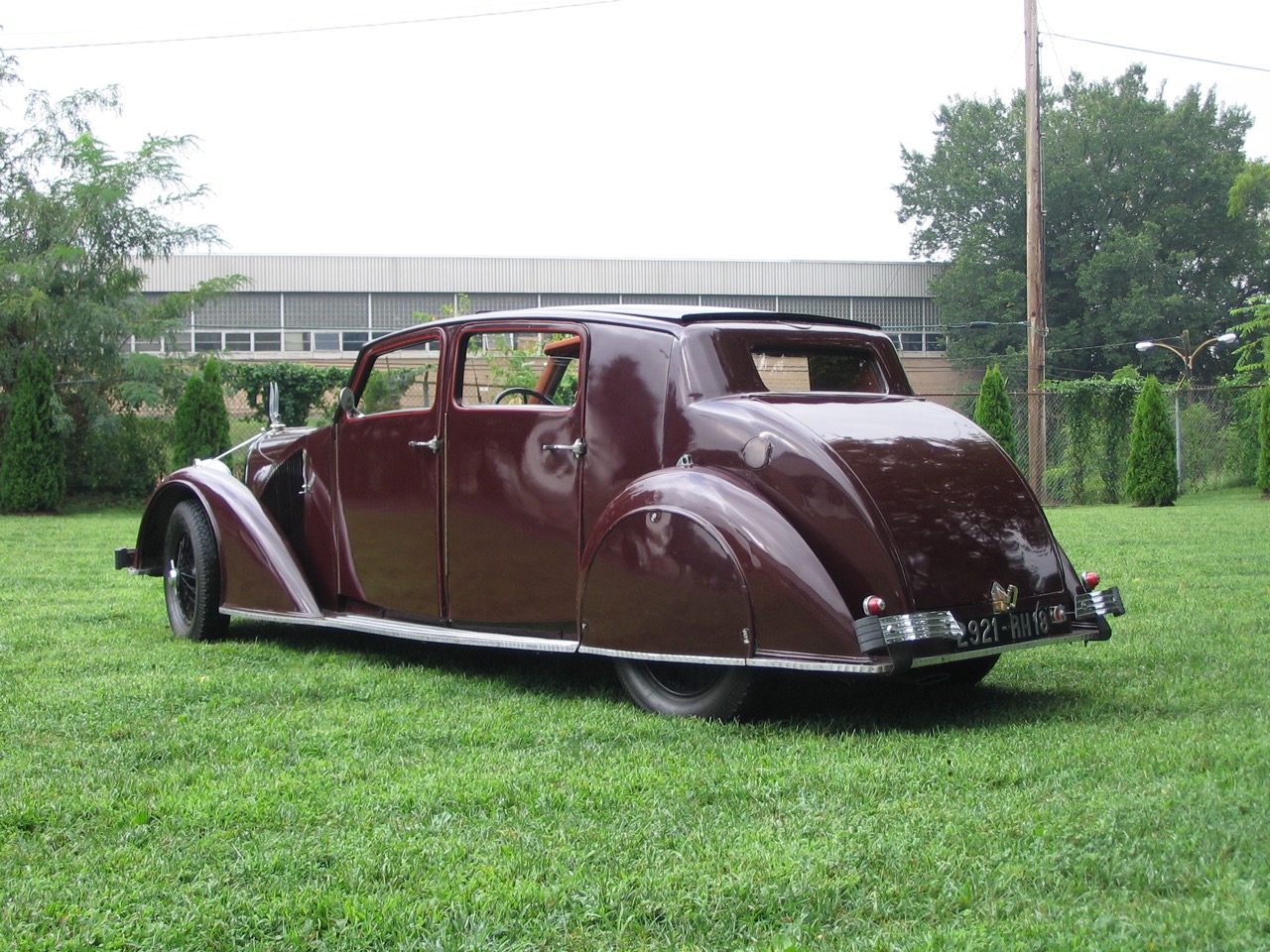 Chuck has been a long-term, complete nut-and-bolt restoration, but we are very close to start the rebuilding process. Its stunning upholstery proved difficult to source, the sleeve-valve engine will be difficult to restore, but man, this will be a stunner once its back to its former glory.

Read All My Posts »
PrevPreviousVolkswagen Might Kill The Ninth-Generation Golf
NextA Startup Is Launching A Practical Electric Motorcycle That Costs Just $1,500Next