A Startup Is Launching A Practical Electric Motorcycle That Costs Just $1,500 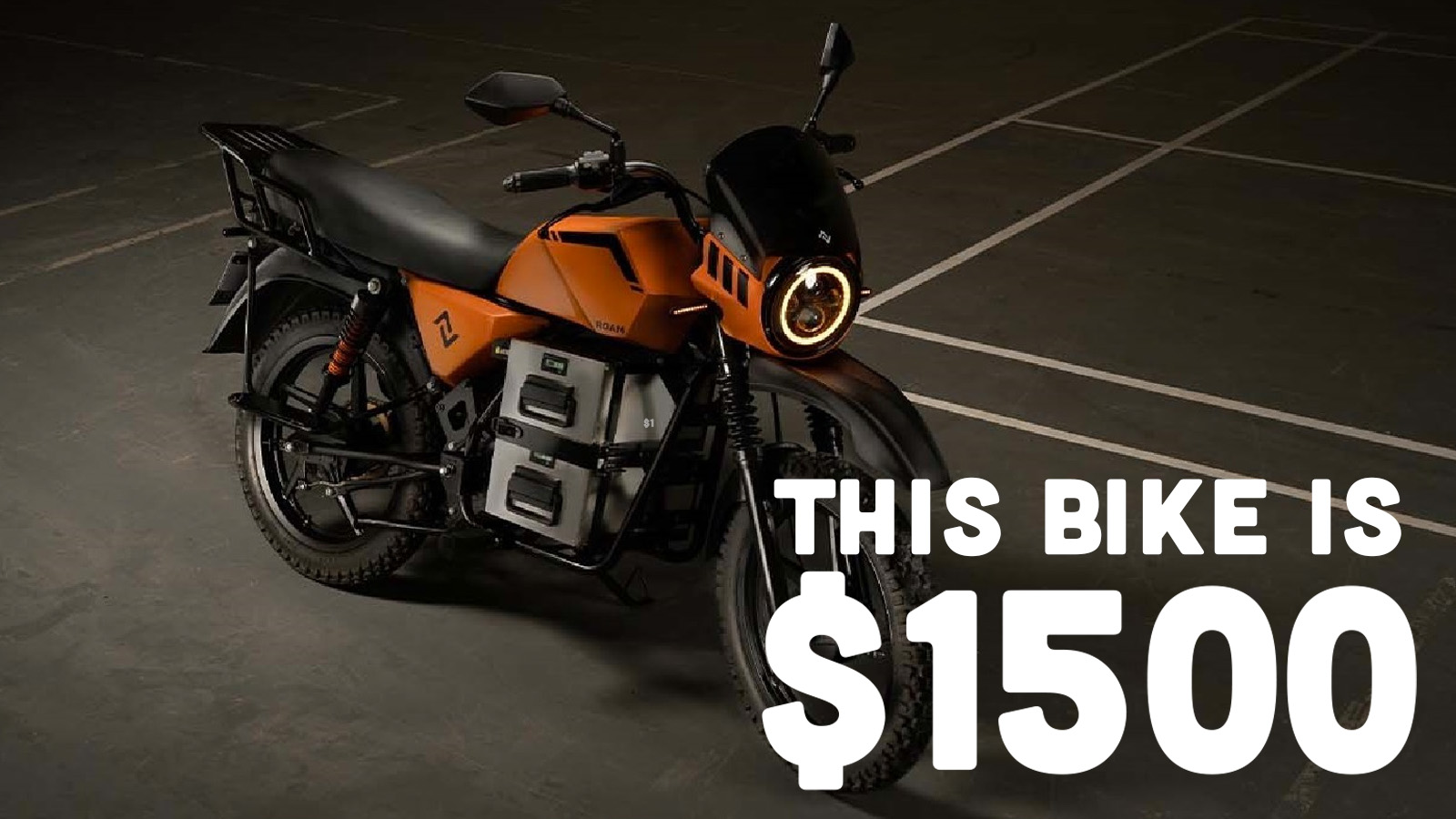 One of the barriers to getting people into an electric vehicle is upfront cost. Even cheap EVs are more expensive than some can afford, and they’d still have to find a place to charge the thing. Some companies are working on cheaper EVs, and I think I’ve found one of the cheapest that you could buy and actually use. The Roam Air is a gloriously simple motorcycle that can go 56 mph and travel up to 56 miles on a charge all for just $1,500.

Roam was established in 2017 as Opibus. The company formed out of a Swedish technical university project to figure out how to introduce EV tech to emerging markets. Kenya was chosen as the headquarters of the operation and the resulting motorcycles are designed and engineered right there. Roam was able to raise $7.5 million in equity and grants. Now, it says it’s about ready to put its super cheap motorcycle into production. 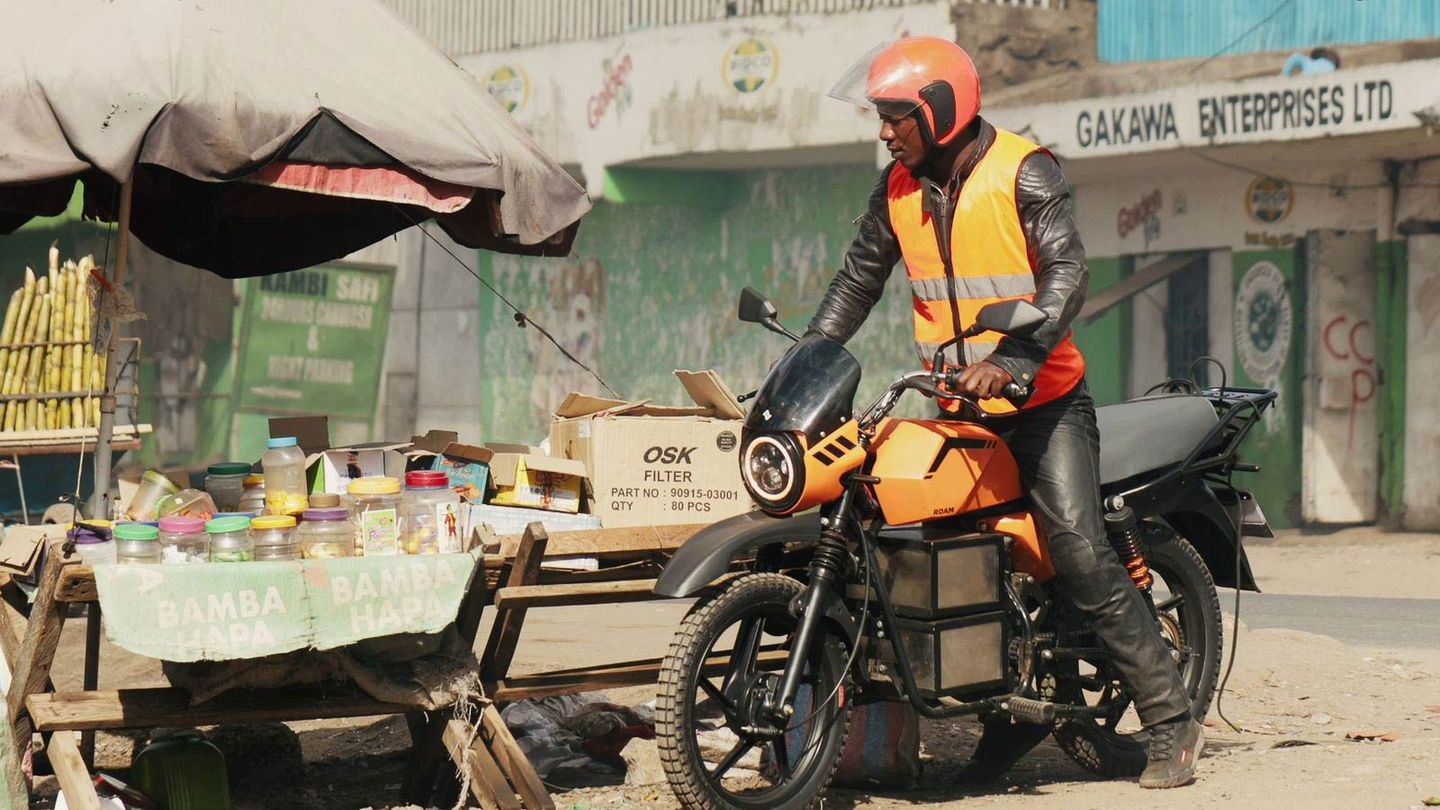 Roam says that its goal is to provide electric mobility in Africa. A lot of people in this part of the world get around on little motorcycles and other vehicles that add to the region’s air pollution problems. Roam’s thinking is that if you get enough people into cleaner forms of transport, everyone can breathe a little easier.

One way it intends to do that is with a motorcycle cheap enough for many to afford. So, what do you get with a $1,500 electric motorcycle?

The Roam Air doesn’t really do anything clever. It’s not employing any aerospace materials like a Ryvid and it doesn’t look like it came from the future, either. Instead, when you look at a Roam Air you see a lot of things that look familiar. 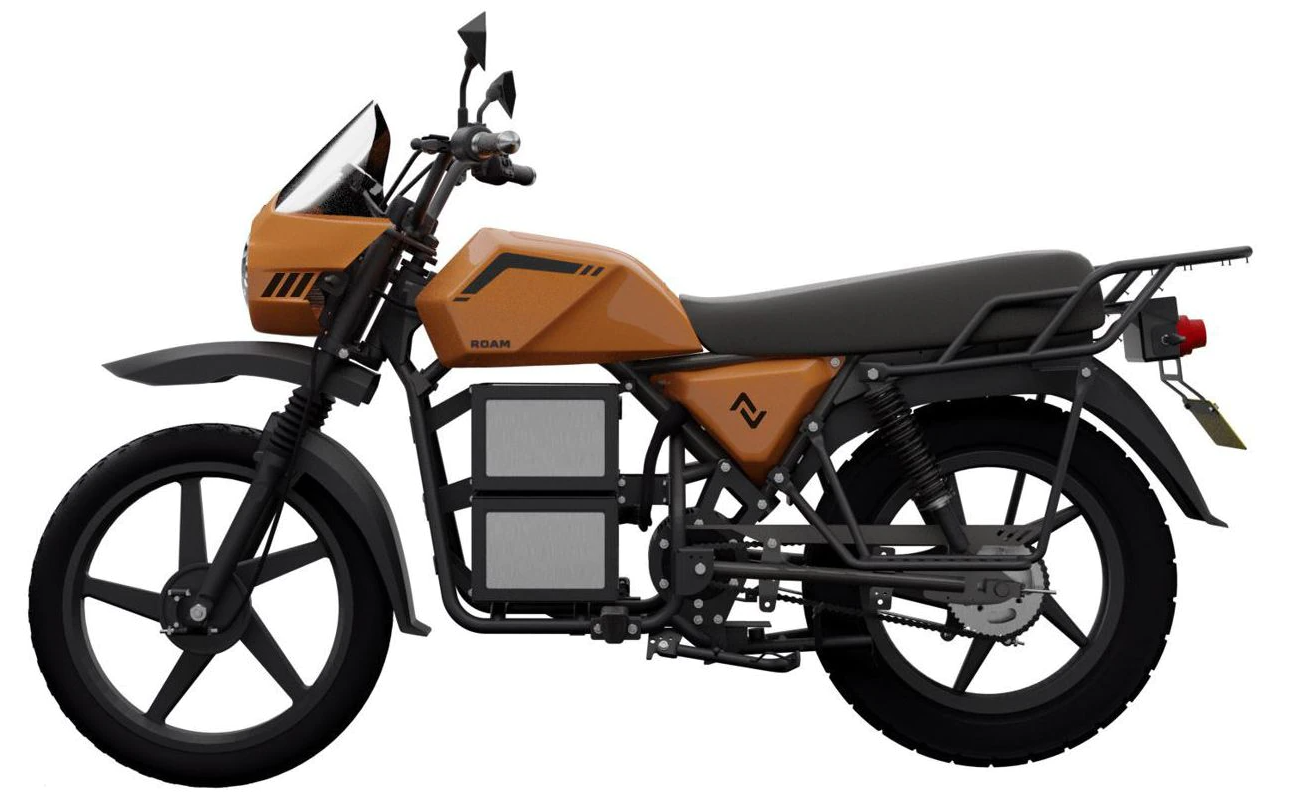 For example, the frame of the Air looks like that of a standard motorcycle. Here, it’s housing up to two battery packs. But cut the cage off and you could easily place a little ICE in there.

The rest of the motorcycle is just as simple. Up front is the kind of fork that you’d find on a 150cc motorcycle, in back is what appears to be a standard swingarm, and you even get drum brakes on both ends.

Nothing here looks extraordinary, futuristic, or even all that custom. The instrument cluster is monochromatic, the wheels are narrow, and the headlight looks like the off-the-shelf unit that some people put on their Jeeps. Roam says that these are designed around affordability and functionality and you can definitely see it. 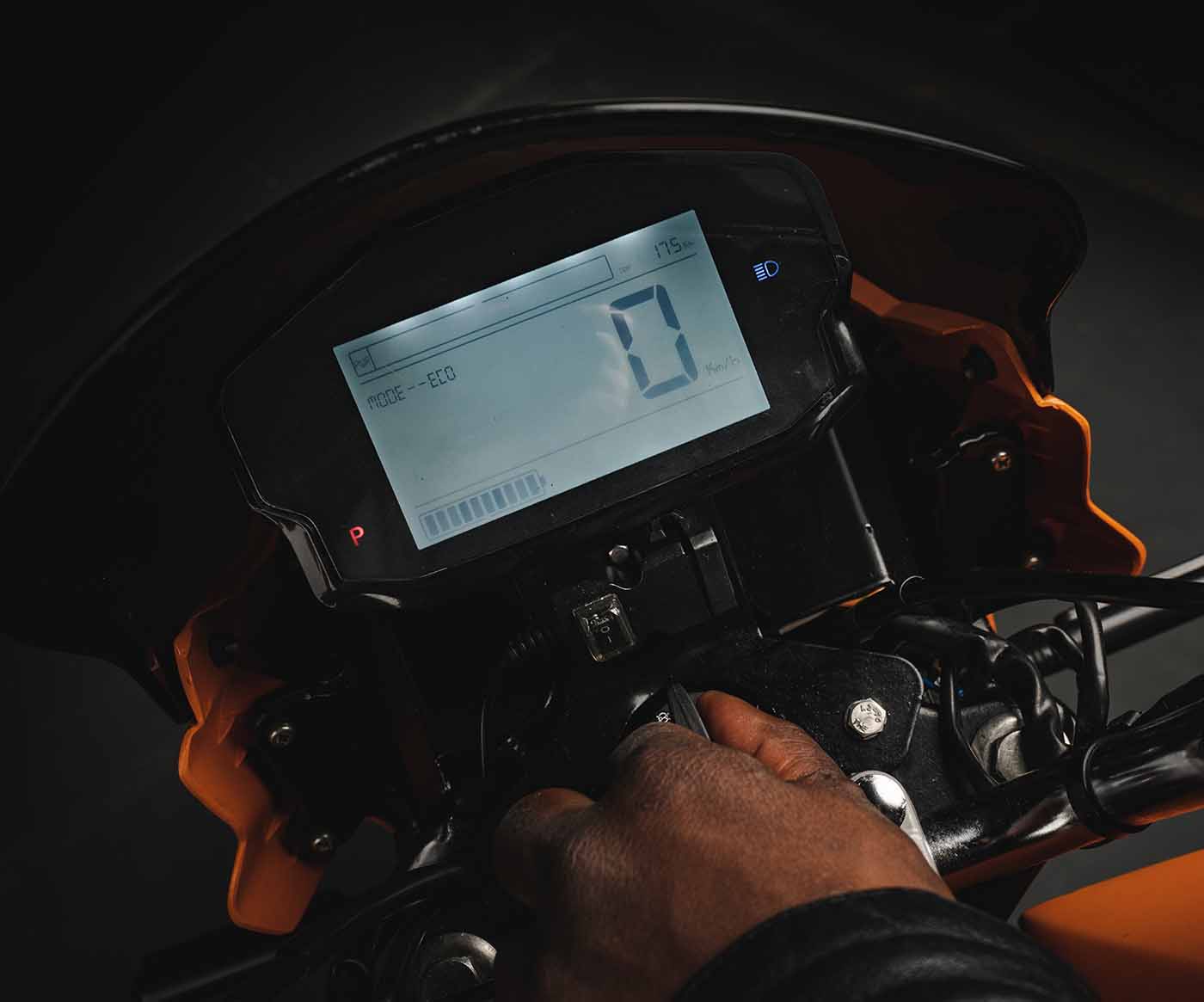 The spec sheet is also nothing amazing, but practical. Bolted to the frame is an electric motor putting out 136 lb-ft torque. It’s good for a top speed of about 56 mph. The frame has room for two 3.24 kWh battery packs. The $1,500 version gets you just one pack, and it’s said to be good for up to 56 miles of range. There doesn’t appear to be any regenerative braking, but that makes sense because that would add cost. Adding in the second battery adds $550 to the price. Roam says the second battery approximately doubles the range.

Charging time for these batteries is listed at four hours from the included 240V charger. 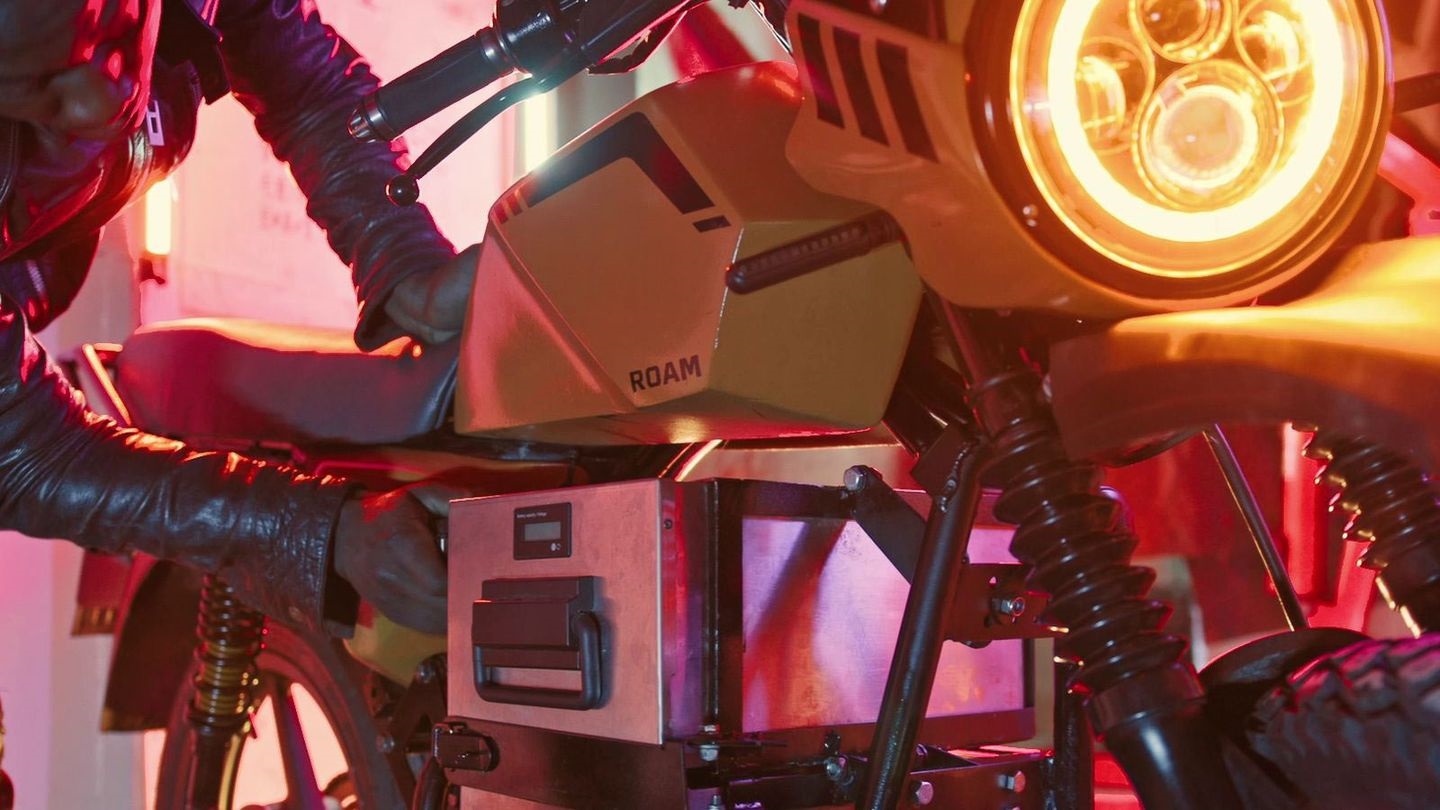 Like many small electric motorcycle designs, that file cabinet drawer of a battery can be removed and charged inside at home. Roam sees a lot of buyers being riders who use their motorcycles for deliveries. For that use case, Roam expects the rider to have one battery charging while the other is being used on the bike. Further adding to the practicality of the motorcycle is a rack out back and a 485-lb payload. And the whole package comes in at 298 pounds when set up with one battery.

Roam doesn’t say what these batteries are made of. I reached out for additional information. 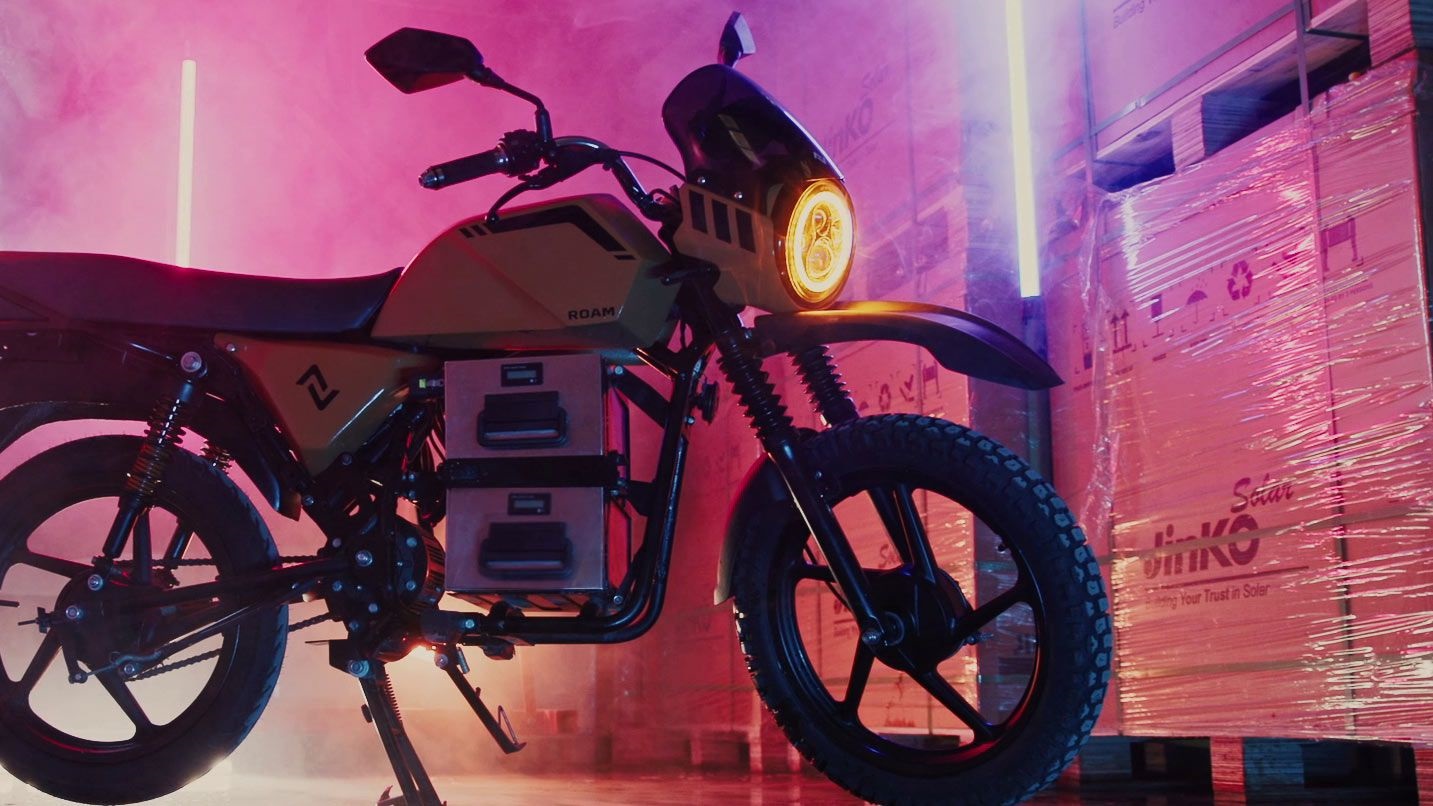 So, how does this compare to gas-powered motorcycles? Here in America, $1,500 either gets you a beater bike from Craigslist or a 125cc clone motorcycle. In Africa, about $1,000 gets you a new 100cc machine while $1,400 gets you a 150cc motorcycle with a rack for deliveries. The spec sheet of this motorcycle would put it in the 150cc class, so the price seems competitive. And the rider won’t have to worry about oil changes, the price of gas, or engine repairs, either.

Roam says that the first 3,000 deliveries begin later this year in Kenya with a goal of mass-production in 2023. The company also has eyes on other markets in the world. It hasn’t stated where the bikes are going, but I suspect it’s going to other places where cheap bikes sell well. The 150 prototypes are a great sign that this isn’t vaporware, and I hope that these actually reach production. These bikes may be riding on old tech but the price is incredible.

Mercedes is a lifelong fan of all things powered by an engine. When she isn't driving one of her five Smart Fortwos or her 14 other vehicles she could be found in the cockpit of a Cessna 172 or perhaps swimming in any body of water that she could find. She also has a deep love for buses of all kinds. Please send her buses. mercedes@theautopian.com Instagram: @mistymotors Twitter: @Miss_Mercedes30 Facebook.com/neonspinnazz
Read All My Posts »
PrevPreviousHow Mechanics At The World’s Quirkiest Car Museum Are Preparing For The World’s Fanciest Car Show In Pebble Beach
NextThe Latest Formula 1 Shitshow ExplainedNext