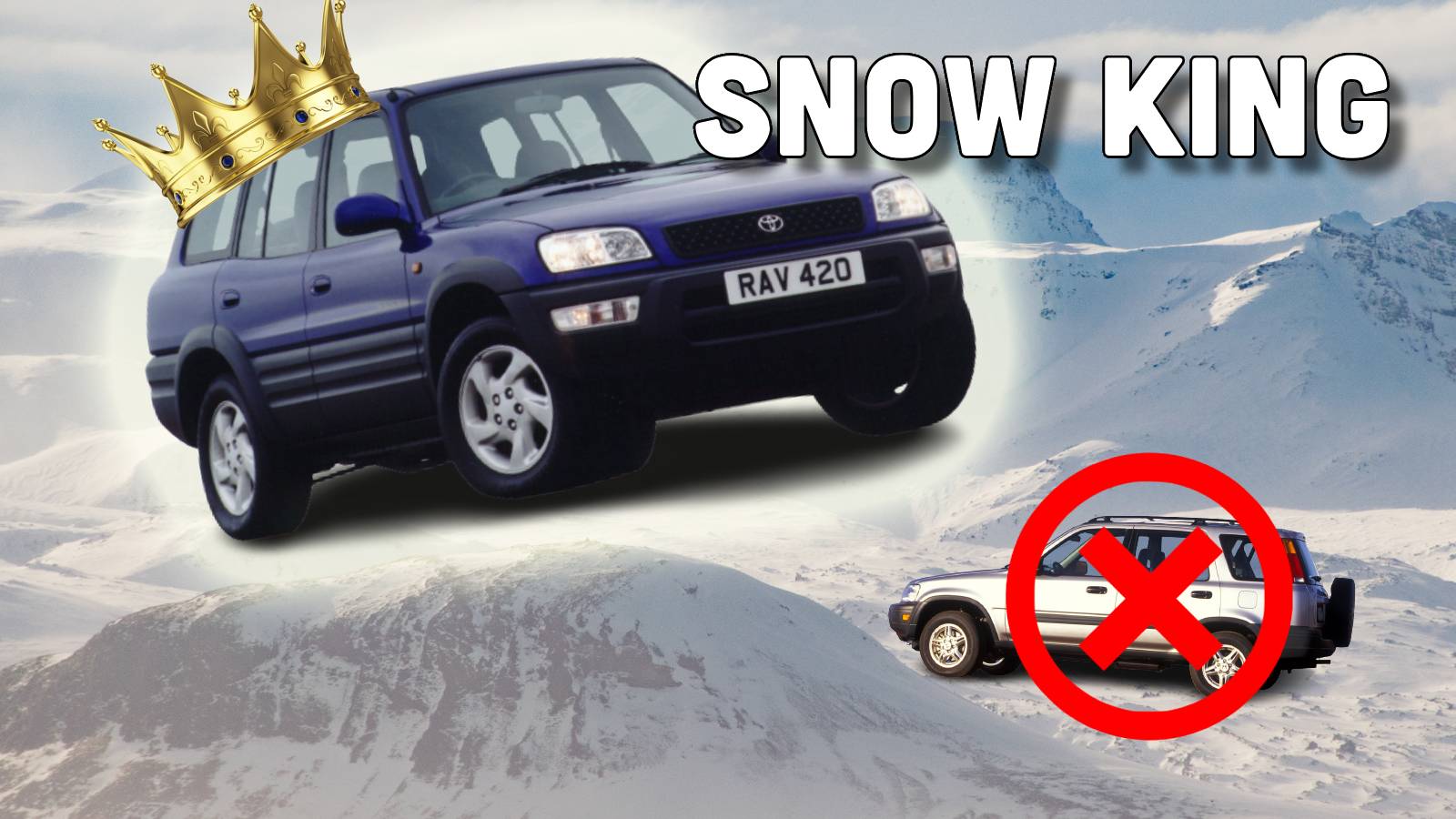 It’s been snowmageddon lately for basically anyone east of Des Moines, and the snow built up on the roads and your local municipality’s horrible inaction to plow the streets may have you wondering “Should I eschew my sensible hatchback for a beater old-school crossover with all-wheel-drive?”

No! Or yes, I don’t care, it’s your money, and you ain’t asked me to pay for it, so knock yourself out. If I thought with logic, I probably wouldn’t have purchased nearly 50 cars over the years, of varying conditions with nearly no real significant value to anyone who isn’t that strange combination of weird and boring.

Anyways, as controversial as crossovers can be with some enthusiasts, the extra ground clearance and available AWD are really handy for pile-driving through snow drifts and just being above all the road slush nonsense. [Ed Note: Provided you have the right tires, obviously. Don’t be this guy.-PG] So much so, that basically, the entire Autopian crew is seemingly perusing the online classifieds in search of first-generation Honda CR-Vs and Toyota RAV4s.

Now, as a guy who has owned (and lost money on) a 2001 Honda CR-V EX, and driven plenty of RAV4s, they’re both fine little crossovers. But, if you’re looking for a real go-to AWD system, one reigns superior—and it’s not the Honda. 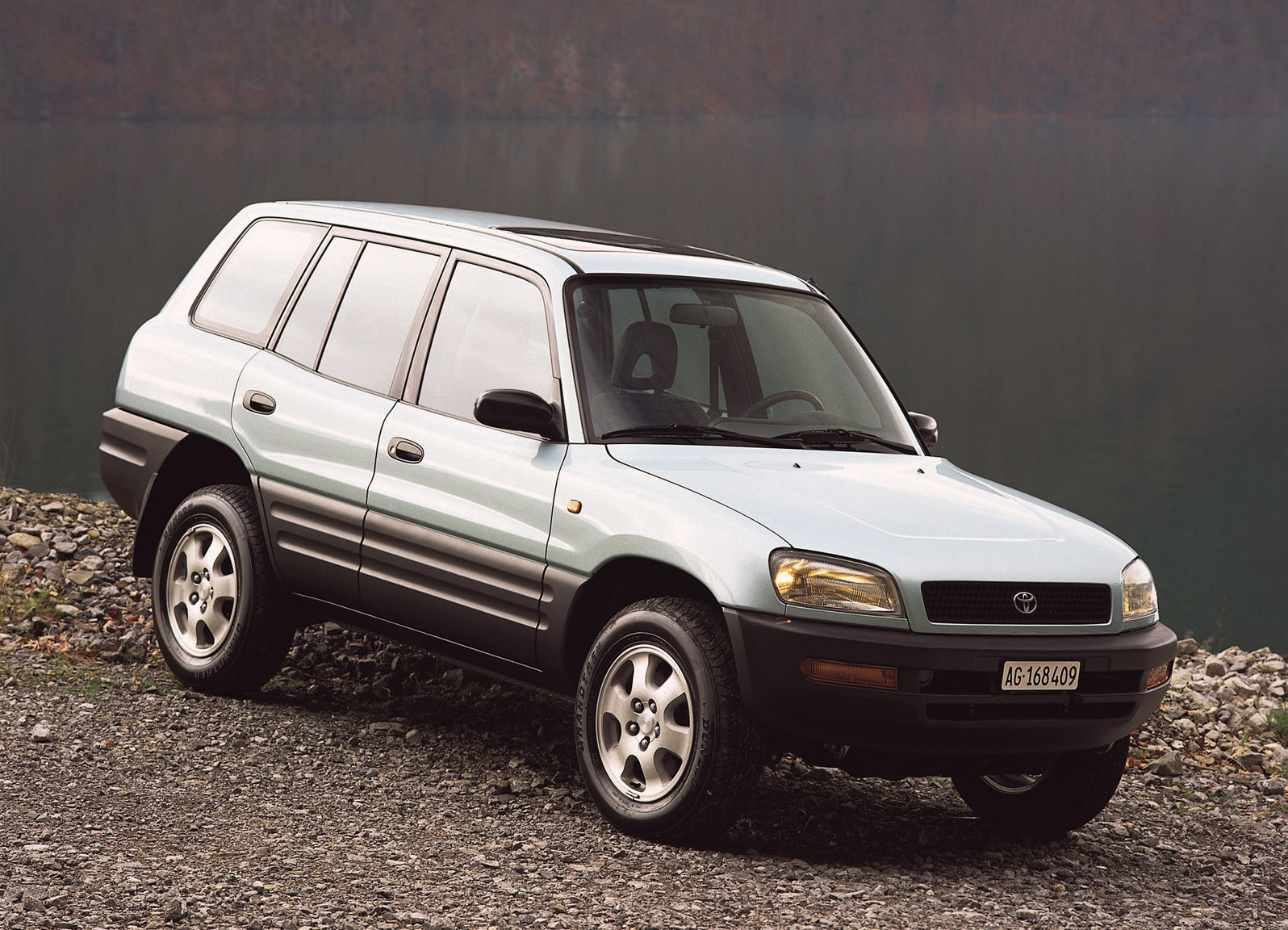 See, maybe I am biased; for some reason over my nearly 50-car tenure, I have had the weirdest bad luck with Honda products. I’ve owned three Civics, one of which I’ve lost money on, and currently I’m pretending that I didn’t buy a 2011 Honda CR-Z last year that I haven’t figured out how to start. My 2001 Honda CR-V was a crapwagon, likely of my own doing. A less-seasoned 21-year-old me purchased one with a busted transmission and spent three months replacing it myself, only to realize I had aligned everything wrong, leaving me with a terrible, terrible driveline vibration that caused me to pull the propeller shaft, cut my losses, and sell it as a FWD CR-V.

Still, my inexperienced, incompetent fucking-over-of what was at one point a nice crossover, my opinion still stands. The Honda CR-V is merely okay.

Now, we love its available manual transmission (mine was an automatic, but I owned it at the same time a friend of mine had a Manual AWD car), smooth B-series DOHC engine, and Pixar-car-esque huge glass area and great sightlines, but the AWD system is kind of, uh, maybe mid.

The CR-V uses Honda’s “Real-Time 4WD” setup, which is a clutch-based viscous setup that clutches in the rear axle when the front wheels are slipping too much. In normal use, it’s generally fine for many normal drivers, allowing you to just power out and get unstuck in snow or mud that would probably trip up any sedan.

But, if you ask it to do more than that, you’ll probably be disappointed. 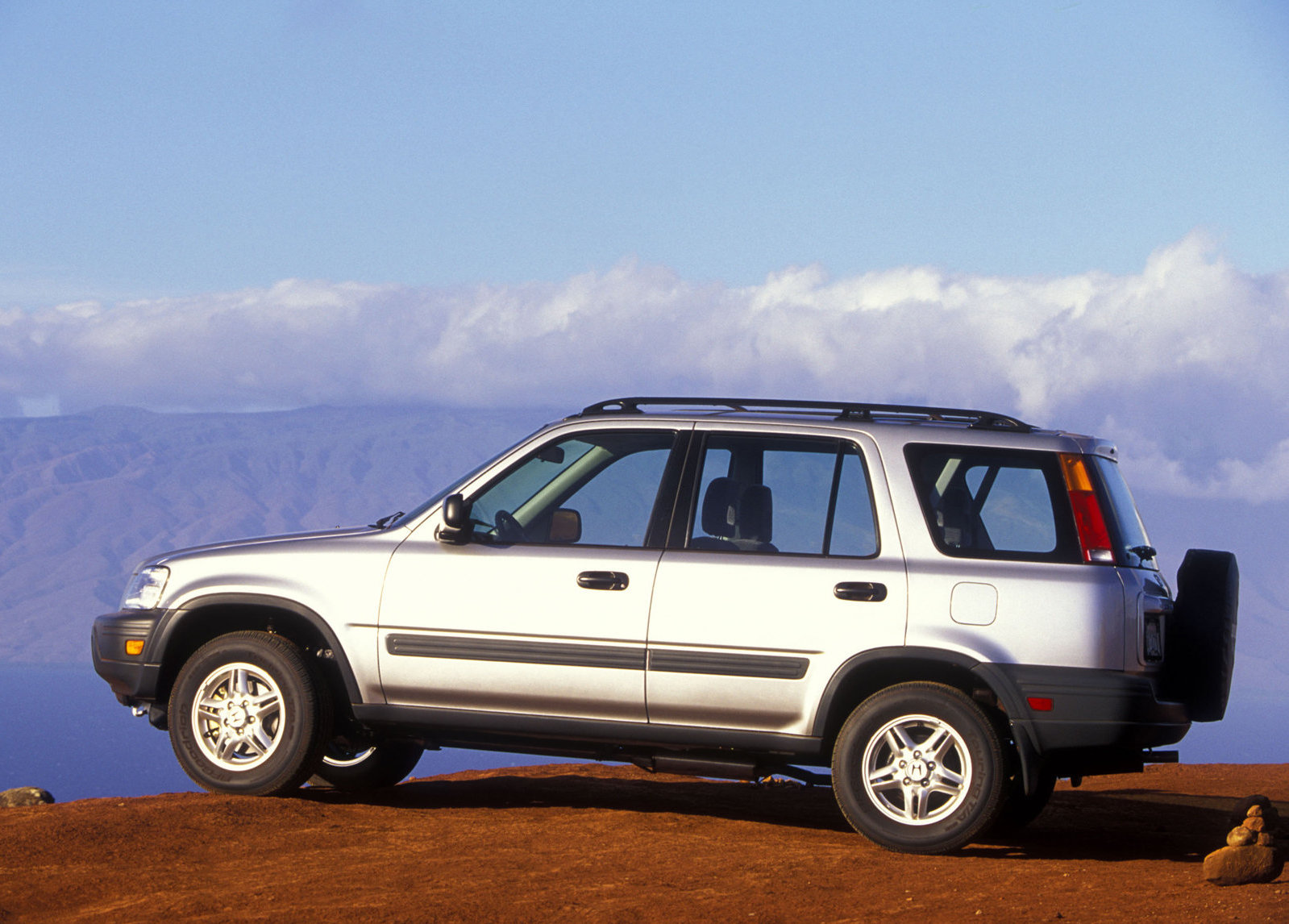 For starters, the RT4WD, especially on the early generation vehicles, employs a viscous coupling that can’t be locked manually; it relies on the dual pump fluid getting hot enough to engage the clutch to make the rear wheels spin. Meaning, the front wheels need to spin at least a little for the rear axle to come on. Not ideal for slow-going obstacles where you’ll need AWD to be engaged from the start. It can be annoying when it cuts in too, as you’ll start out with wheelspin, only for the rear wheels to suddenly gain power and traction after a moment of spinning. Fun, but not always usable.

Second, the dual pump fluid that controls the coupling can overheat during use. To prevent damage, the rear axle will uncouple to let the fluid cool back down, meaning, you’ve just got the front wheels doing all the work. Basically, the rear wheels are designed to get you unstuck, then quietly turn off when you’ve regained traction.

I mean, for most folks, the CR-V’s limits are well within the bounds of what people expect from a compact crossover. Honda has sold millions of the damn things, and the RTAWD system is a popular swap for Honda fans seeking to mitigate traction issues in high-powered Honda projects. But, there’s an alternative that was way, way better off-road: the original Toyota RAV4.

Toyota, in its all-seeing wiseness, ported the same rally car AWD system found on its Celica All-Trac coupe. Maybe the rear differential is smaller, but given the RAV4’s measly 120 horsepower, it doesn’t matter, right? The early RAV4 came with a full-time AWD setup, even available with a rear LSD on some models. The center differential can be locked in 50-50 mode, although on some automatic transmission models Toyota cut that feature, meaning the AWD system will always operate in auto mode. Either way, it’s a more capable system than what the CR-V got.

Personally, I’m partial to the RAV4. It’s not as roomy, and that 2.0-liter four-cylinder is a fuel-swilling dog, especially with the automatic transmission, but it’s a dog that will go a surprising number of places. It’s tiny inside compared to the CR-V, but arguably the RAV4 is better at emulating an SUV than the CR-V ever was. The RAV4, Suzuki Sidekick, and Ford Escape are a crop of early SUVs/crossovers that had a surprising amount of capability for a car-based crossover. If you’re in search of a good off-roader, get the RAV4, not the CR-V.

Anyway, I’ve probably said too much. Let me get to perusing the classifieds for a 5-speed AWD RAV4 before they all disintegrate and return to the earth.

Read All My Posts »
PrevPreviousIt’s Bad Car Advice Wednesday! Autopian Members: Let’s Talk About Your Bad Ideas
NextThe Autopian Gets An Intervention: Comment Of The DayNext