No worries. No dramas. She’ll be right  — these are three of the most commonly-refrained words from my host, Laurence, and possibly from Australians at large. Unfortunately, I have no idea what they mean, because I was told that I should have “no worries” about the 215 cubic-inch Hemi 6 engine that Laurence had bought on my behalf to replace the thoroughly-ruined Slant Six in my kangaroo-hunting ute. Unfortunately, the replacement motor was nothing but worries.

Things have started out pretty rough for Project Cactus, the $900 kangaroo-hunting ute that I bought from the bush in Australia, and that I’ve had a total of four weeks to fix before the Deni Ute Muster country music festival/ute show/unhinged party. The car that I thought I’d be repairing was in such bad shape that I had no choice but to instead fix the parts car (that’s when you know it’s bad), which lacked basic things like “any interior whatsoever,” a door, a tailgate, a windshield, an engine, a transmission, a driveshaft, and on and on.  Yes, the car I had planned to fix was in such bad shape that it made more sense to start with a bare shell instead.

Still, as daunting as fixing that was, I took solace in the fact that at least my motor troubles were sorted. Laurence had snagged me a nice Hemi 6 engine from a friend to replace the rusted-out Slant Six in the kangaroo ute. The replacement engine, Laurence assured me, would run just fine. I was thrilled not only because I now had a major component of the build sorted, but I also now had a fascinating, Australia-engineered engine to put into my ute.

Keen to see if I could expect to do any valve lapping to get the motor to run properly, or if the engine was likely to burn oil, I set about running a compression test. Since the motor came with a starter motor bolted to a three-speed transmission’s bell housing, we could actually turn the engine over right there on the garage floor. Or so we thought:

I removed the starter motor from the bell housing, hooked the battery to it, and watched the pinion gear spin over with vigor. “Well, maybe we’re in third gear or something,” Laurence offered. He was right; the transmission hadn’t been in neutral. So we tried again. 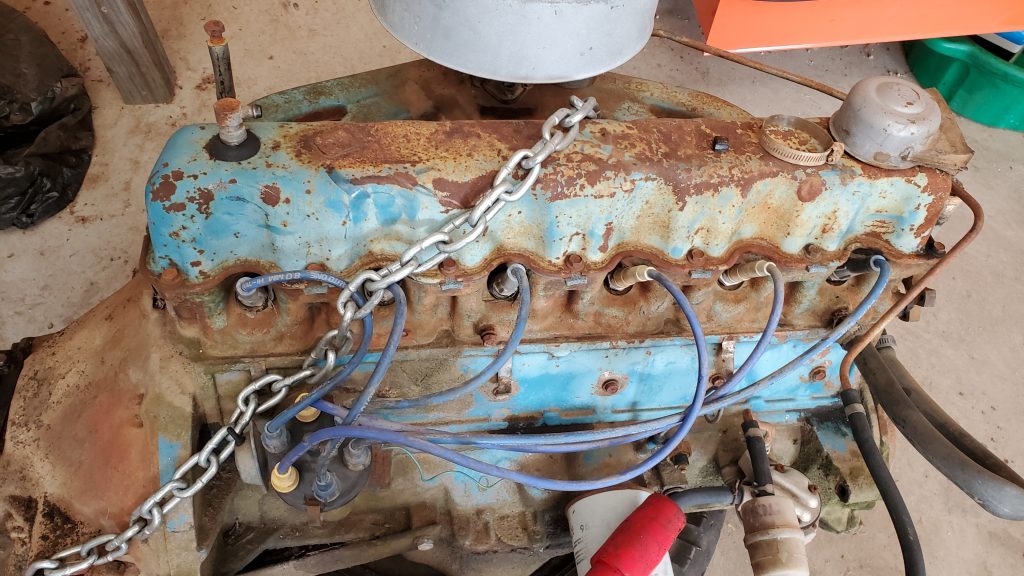 We shoved a camera into the bore to see if there was anything amiss. There was. 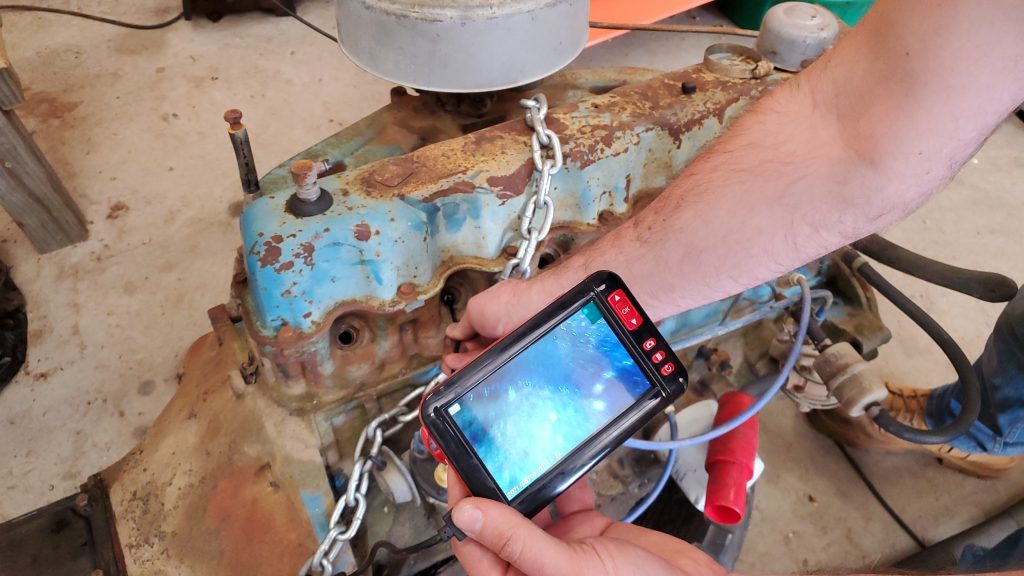 At the bottom of each cylinder, atop each piston, was a bunch of what looked like oily mud. Here it is on a clear brake hose I shoved into the spark plug holes: 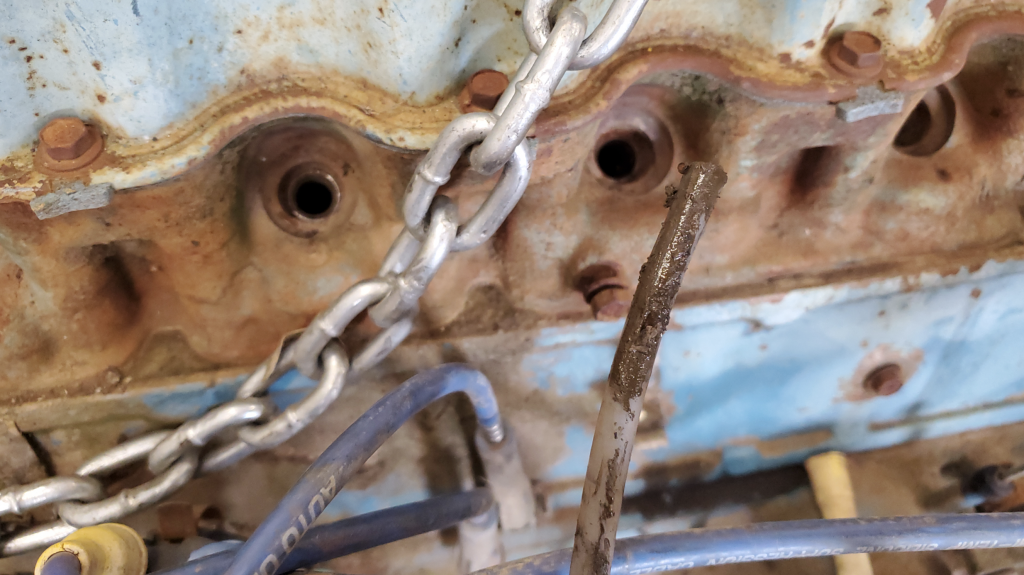 Laurence and I chucked a breaker bar onto the crankshaft, and tried giving it a spin. It was locked solid. No matter how much force we put on the end of that four-foot pipe, the engine just wouldn’t turn over. 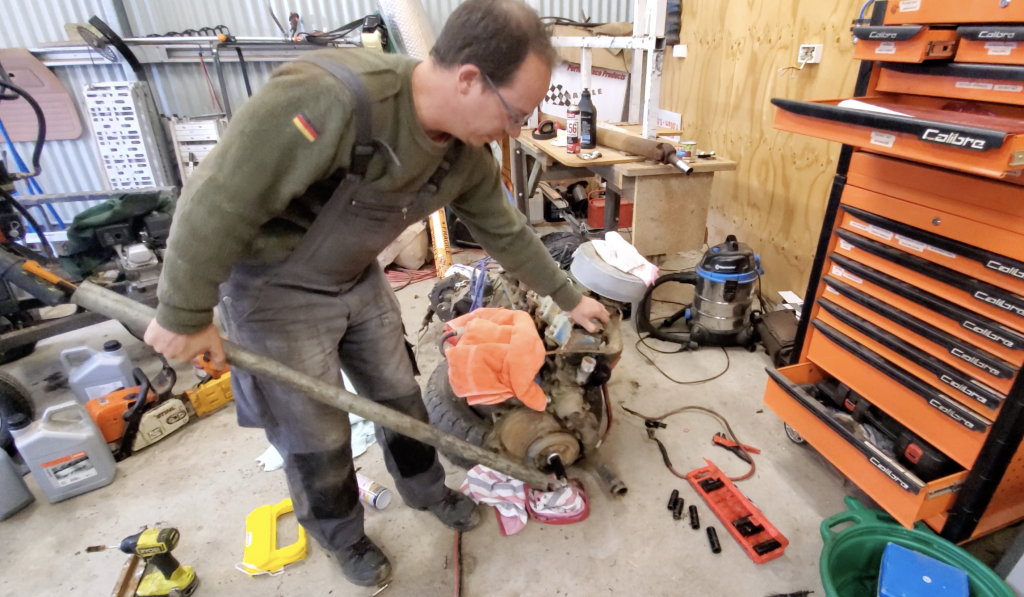 Removing the cylinder head revealed why: 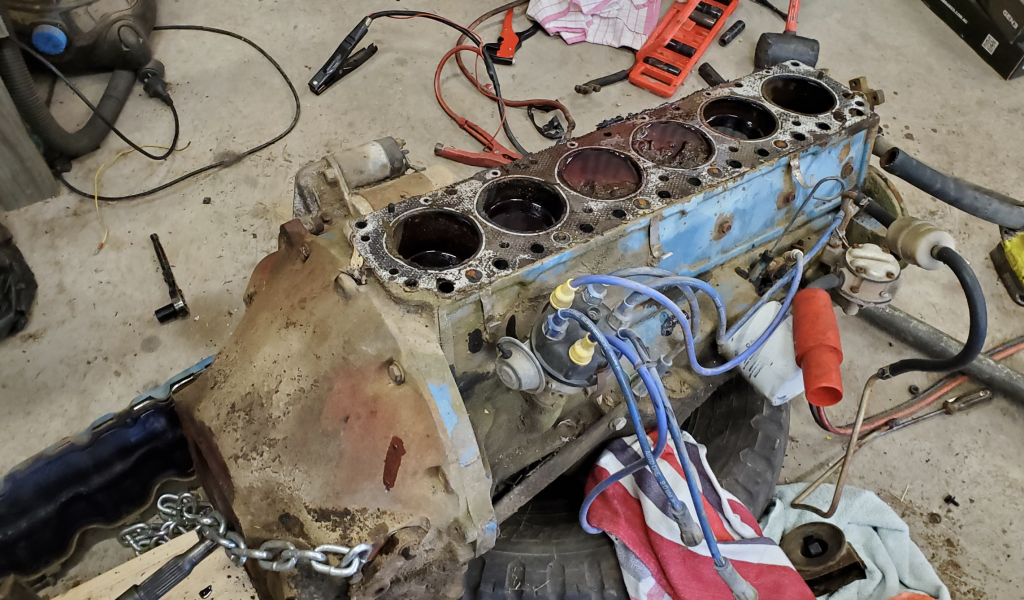 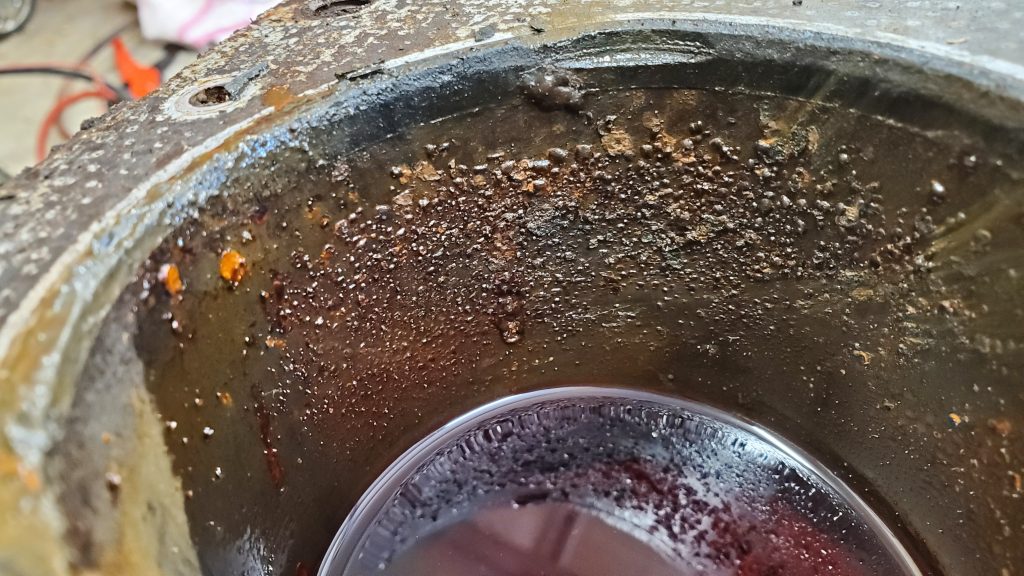 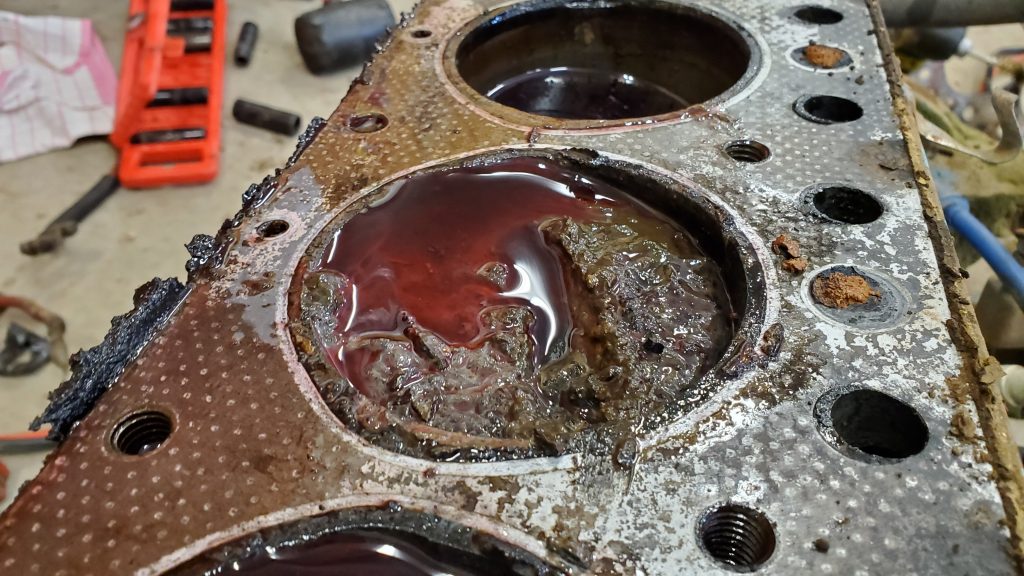 The dirt and mud on the pistons weren’t ideal, but the biggest issue was the diamond-hard rust buildup on the cylinder walls. No piston rings were going to slide on that. This engine was kaput, and we had to find another. And we had to try to, you know, build the whole car and get it through New South Wales’ ridiculously strict inspection — all within four weeks. Keep an eye out here on The Autopian, as I crank up my coverage of the impossible shitshow that is Project Cactus.

Rust-loving Jeep man, cofounder and EIC of The Autopian, Jason's friend. Email: david@autopian.com
Read All My Posts »
PrevPreviousThe Triumph TR6 Is The Perfect English Car And The Cadillac Eldorado Is The Perfect American Car
NextThis 85-Year-Old RV Is So Ahead Of Its Time That You Could Comfortably Camp In It TodayNext