How Austin’s F1 Race Became ‘Too Cool’ For Normal Car Nuts. And How I Enjoyed It Anyway

“Should we tell him about the backfire?” I asked my passenger as a shiny new Aston Martin inched closer to my bumper in traffic. 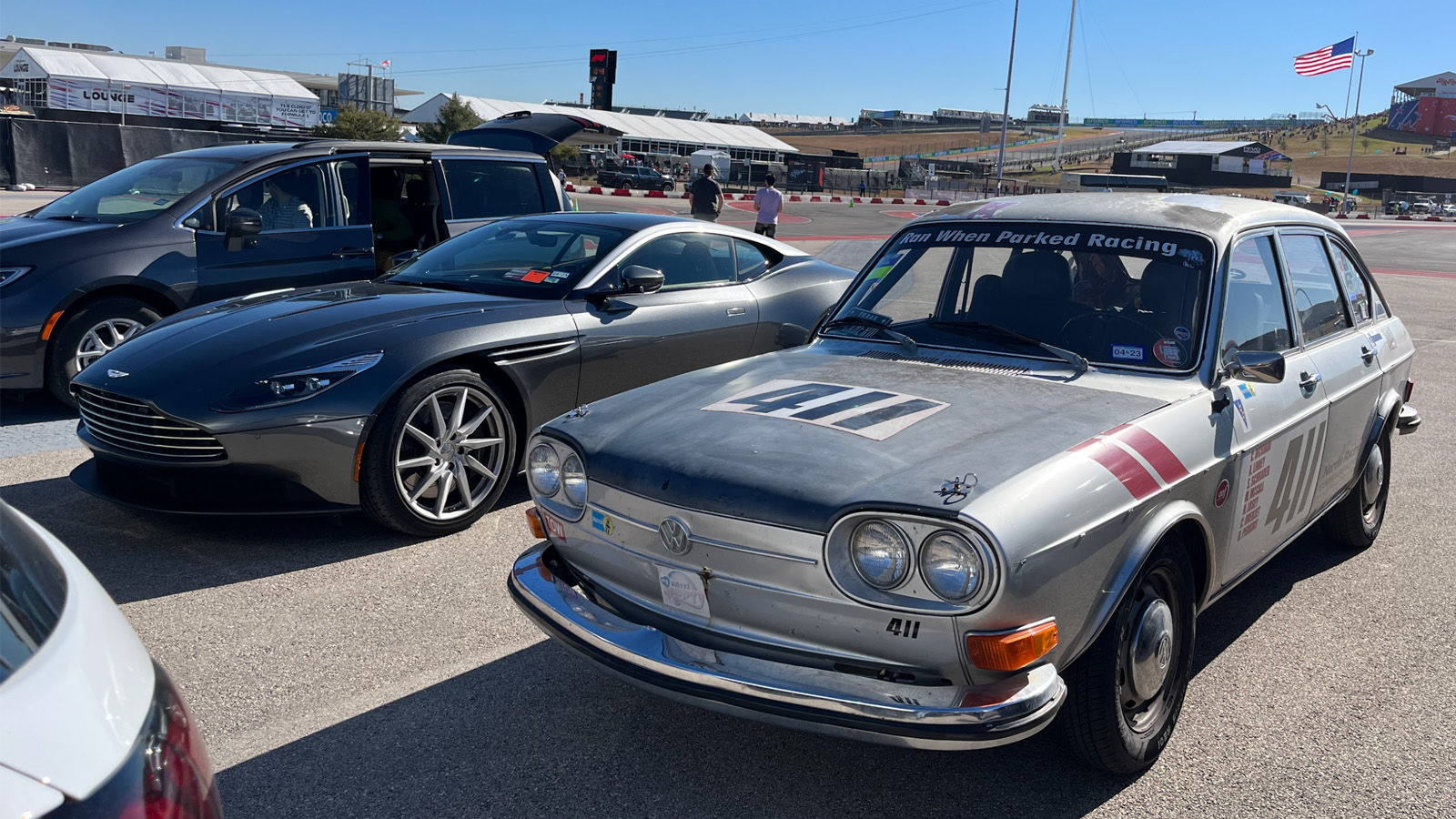 It was Formula 1 week in Austin, and I had taken out my absolute worst garbage car son: a 1971 Volkswagen 411. It runs too rich, has a loud exhaust leak and has an ever-worsening death wobble thanks to no-longer-available bushings that are now completely worn out. Yet it also has provenance, sort of, having won both the 24 Hours of Lemons’ highest prize and the Lemons Rally last Spring. It looks cooler than I am.

F1 week is when all the interesting cars in town come out of hiding, so I figured this was the perfect time to make sure the gas in the 411 wasn’t slowly devolving into varnish. Much like F1 week itself, daily driving a stripped-out, flame-spitting race car is the perfect distraction.

I’ve been going to Formula 1 weekends at Circuit of the Americas since the track opened ten years ago, and not even getting surprise laid-off at the end of last month was going to keep me from enjoying this year’s event. Fortunately, the editor from my last job was fine with me keeping my press credentials for the race to pitch stories to other outlets, and a friend who was marshaling the race offered me his set of free tickets in case that fell through. 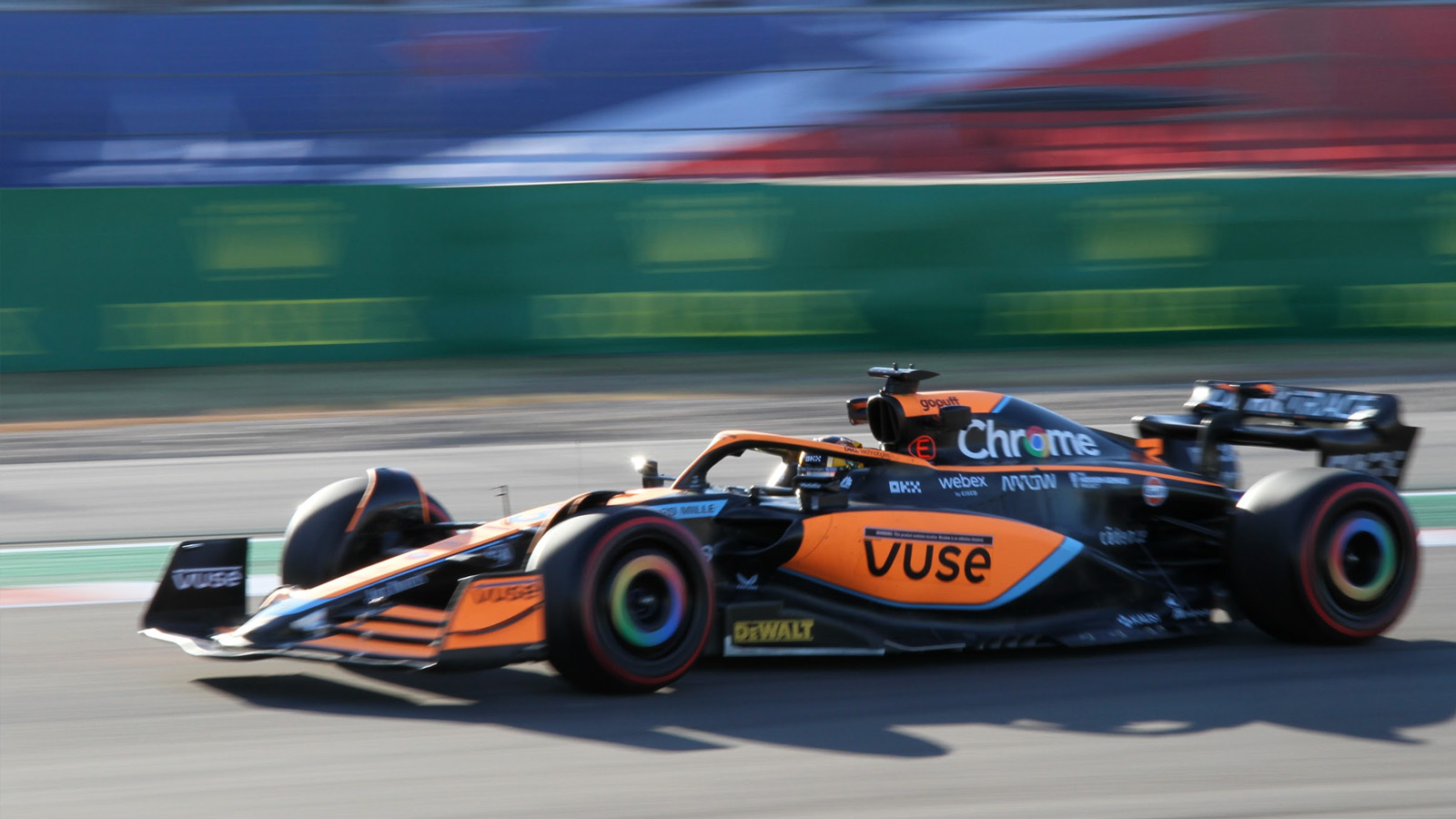 I was far from the only one dead-set on enjoying some of the world’s coolest race cars in my home city, too. Circuit of the Americas said this year’s F1 race attracted 440,000 fans over the three-day weekend, beating the attendance record set by last year’s F1 race here.

Austin’s F1 race has had a somewhat rocky history, so it’s a massive relief to see it thriving today. The entire idea of hosting an F1 race here of all places was initially a hard sell, as Austin hadn’t become the regular on “best places” lists that it is now. Central Texas felt like a strange fit to some for the glitz and glamor of F1, and early race weekends always seemed to leave with a question mark as to whether the next year’s race would happen. 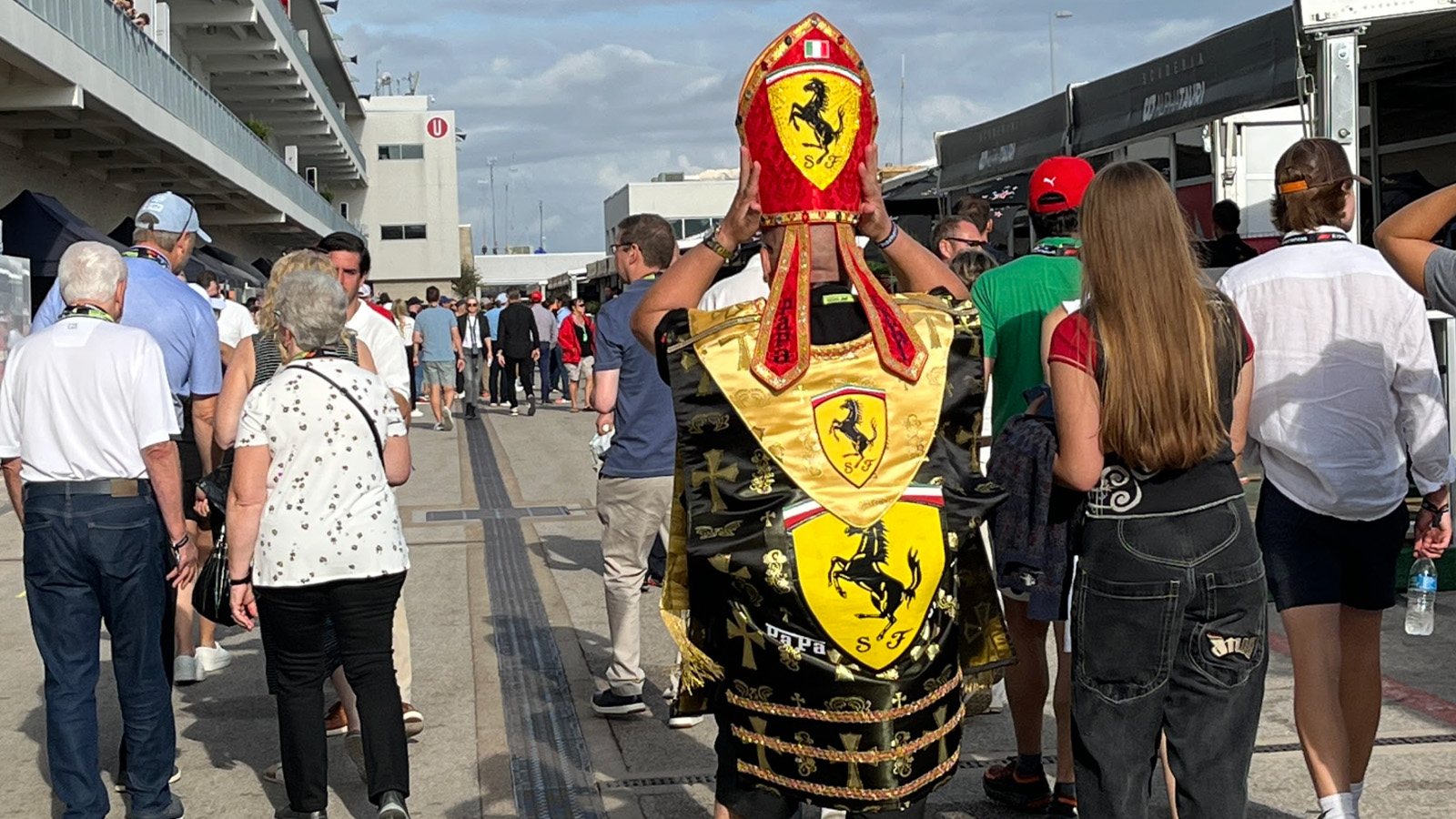 A rift between the track’s founders led to lawsuits that ultimately pushed promoter Tavo Hellmund and MotoGP champion Kevin Schwantz out of the picture early on. At one point in that fight, Schwantz even found himself being asked to leave the facility he played a substantial role in designing. A rain-soaked F1 weekend in 2015 was a financial disaster for the track as it was still trying to find its footing, leading to the departure of its CEO.

2016 was the turning point where COTA finally figured out that pairing F1 weekend with a major headlining concert was a no-brainer, especially when said headliner has appeal beyond F1’s usual fanbase. The off-track headliner that year was Taylor Swift, and I still credit the Swifties for saving our hometown grand prix. The track even lowered prices to entice the Teen Girl Squad to show up en masse, and it worked, setting a new attendance record for the track that year and making COTA seem like more of a safe bet on the F1 calendar.

2020 was a no-show year for F1 in Austin due to the pandemic, but the wild success of “Drive to Survive” let it bounce back harder than ever. 2021 set a new attendance record, which was surpassed yet again by 2022’s numbers. It feels like my little hometown F1 race is all grown up now, and I couldn’t be happier about that. 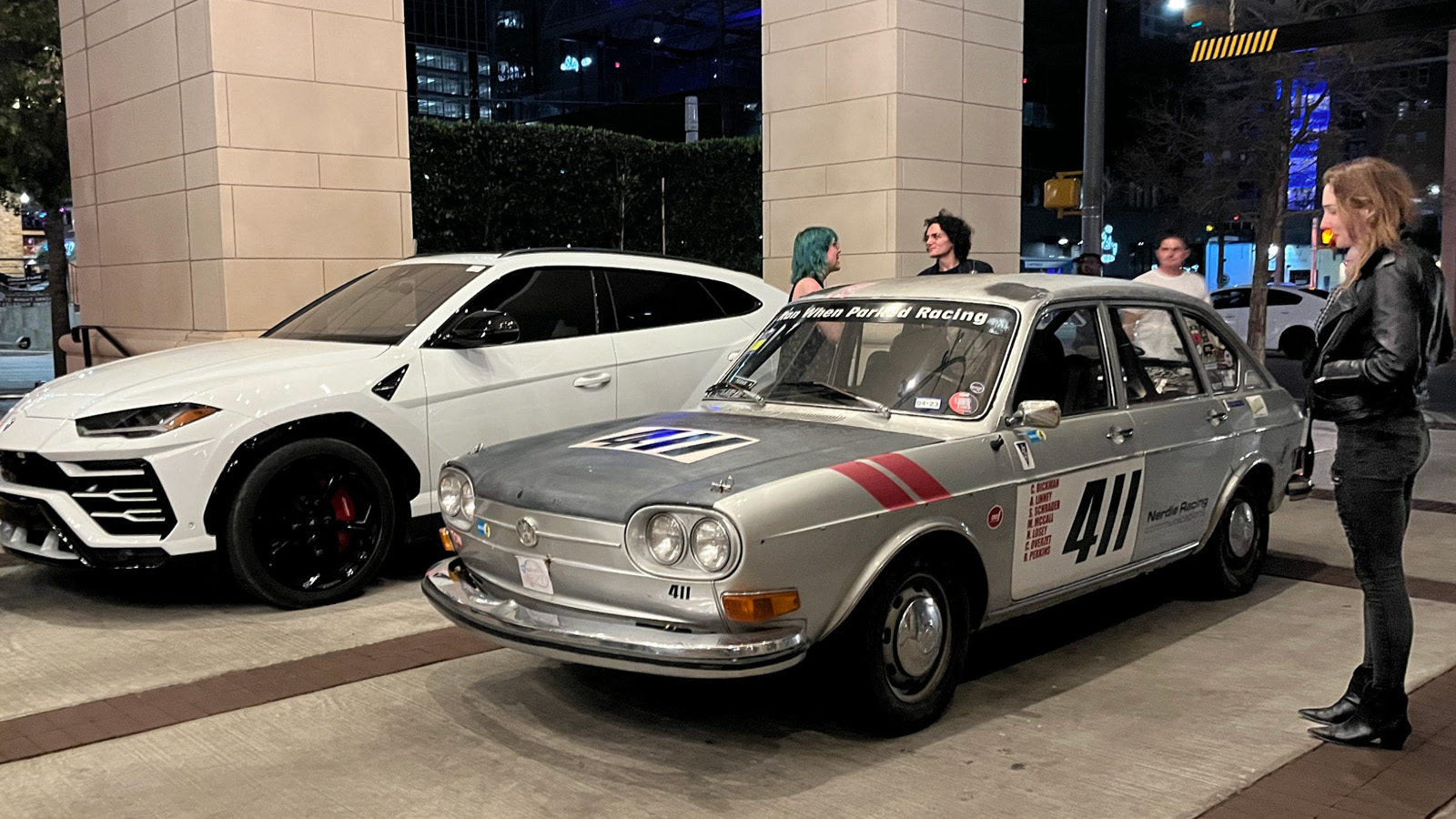 For some, this has made Formula 1 weekend in Austin a place to be seen. For car geeks, it’s the week to drive anything cool and unusual you might have, as this is the one week where the masses in from out of town will appreciate it. The 411—as much of a beater as it is—was in its element, getting thumbs-up and honks of appreciation wherever it went, even as it was smoking and backfiring more and more out the back. It even got priority parking in front of someone else’s Lamborghini Urus—and more nods of approval from incoming vans of F1 crew members—when I went to hang out with friends downtown.

The weekend carnage total? At least two fouled spark plugs, a broken horn ground wire, a dead brake light switch and a far, far worse death wobble than before, likely thanks to hitting a sunken chunk of Burleson Road. Was it worth it? Absolutely. You cannot drive a car this loud, slow and terrible, that shoots big fireballs out the exhaust, and not have the biggest, silliest grin on your face the entire time. 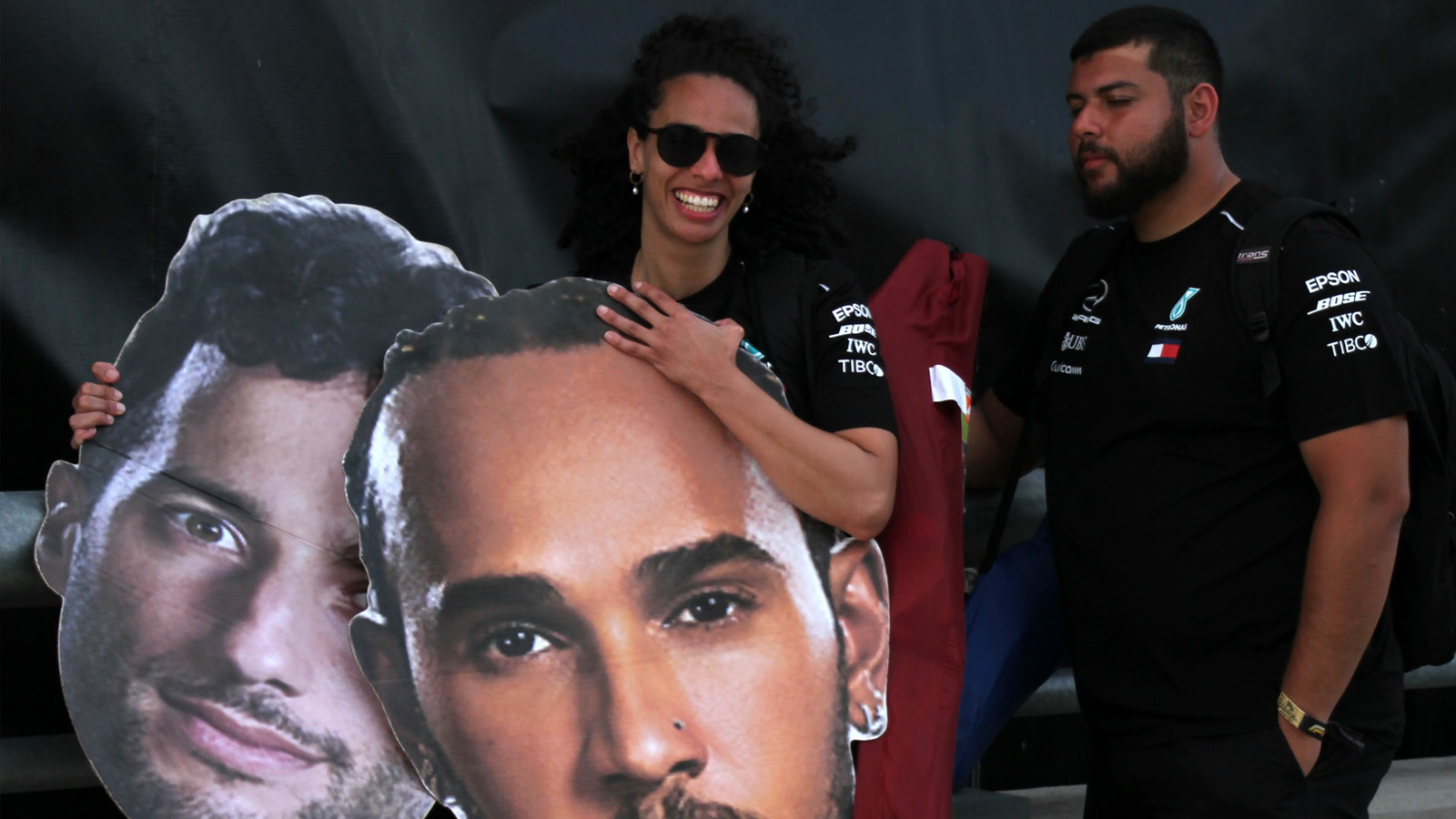 Likewise, if you want to spot influencers in the wild, you can find them at F1. At the track, I’ve always considered dressing up for the race to be a fool’s errand given the fact that it’s at a 3.4-mile-long outdoor race track that takes quite some hiking to explore. This year was windy and hot, which was par for the course. I’m a bit too empathetic to chuckle too hard at anyone teetering on high heels on COTA’s crushed-granite paths—after all, COTA could use more paved paths around the track that would be friendlier to inappropriate footwear and wheelchairs alike.

The media pass I had for the weekend gave me paparazzi-ish access to anyone fancy who might wander into the pit lane behind the garages. I spotted one non-F1 celebrity back there—Brad Pitt—but that was mainly because he had an all-blue tracksuit that made him stick out like a Smurf schlubbin’ it on laundry day, and was hard to miss.

I didn’t spend much time there, though. The only celebrity I really cared to see was Steve DaSilva from Jalopnik, who wanted to meet up in the infield and wander around a bit. I enjoy watching some of the hustle-and-bustle around the pit garages as they get the cars ready for a session, but F1 garages are closed off from view in the back, and I wasn’t allowed into any of them for a closer look. I wasn’t on assignment to do detailed race updates or hunt down quotes as part of a motorsport-specific beat, so I almost felt like I was in the way of colleagues who were. My layoff the month before had come as a total shock, and I felt lost and superfluous enough without the front-row seat to a media pit that’s humming along just fine without me. 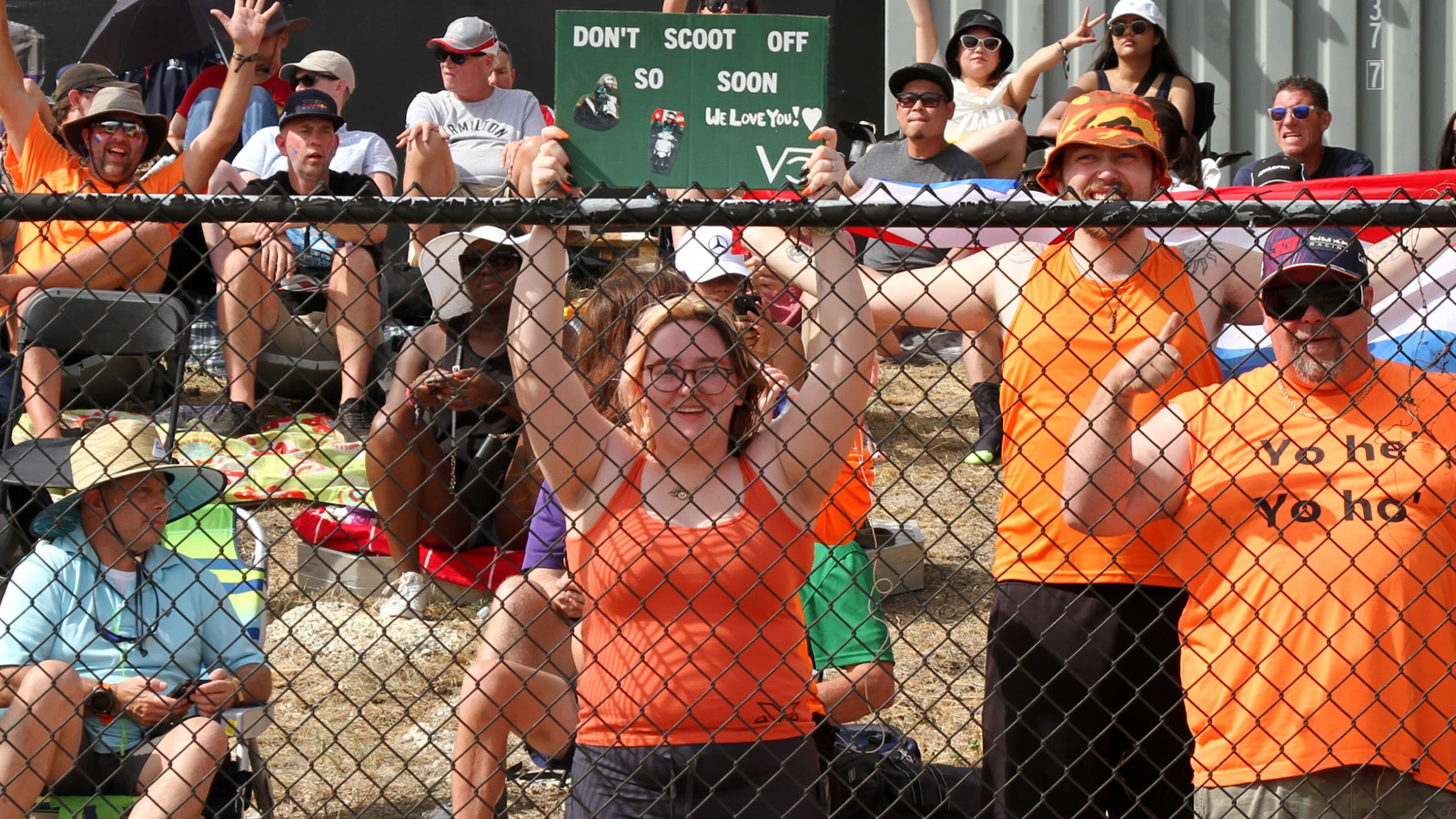 The real story was of the weekend wasn’t back there, anyway. It was out in the general admission sections, where hundreds of thousands of regular fans had descended onto the track to have a proper nerd-out over one of the most entertaining races of the season.

The need to fill seats with relatively reasonable GA tickets is no more. A three-day general admission pass started out at $159 in 2012, and the same pass purchased from COTA this year cost $300. The New York Times described this as “reasonable” in comparison to the cheapest $600 tickets for Miami’s new F1 grand prix, but that wasn’t the case for many of the locals I knew who were conspicuously absent from this year’s race. Many of my friends were simply priced out, which was part of the reason why I chose to use my media pass anyway and hand off the other spare tickets to friends.

Fortunately, Austin F1 weekend is still one of the best places to be a car nut. It’s a crowd that often gets the various in-jokes on shirts and signs, and strikes up a conversation accordingly. The crowd was as friendly as ever, and thankfully, I didn’t notice any of the harassment that’s been an issue at other tracks this year. The most aggressive fan I encountered was actually doing the rest of us a favor by asking another fan to put their umbrella down during qualifying so more folks could see—loudly, and a little tipsy, but still politely. 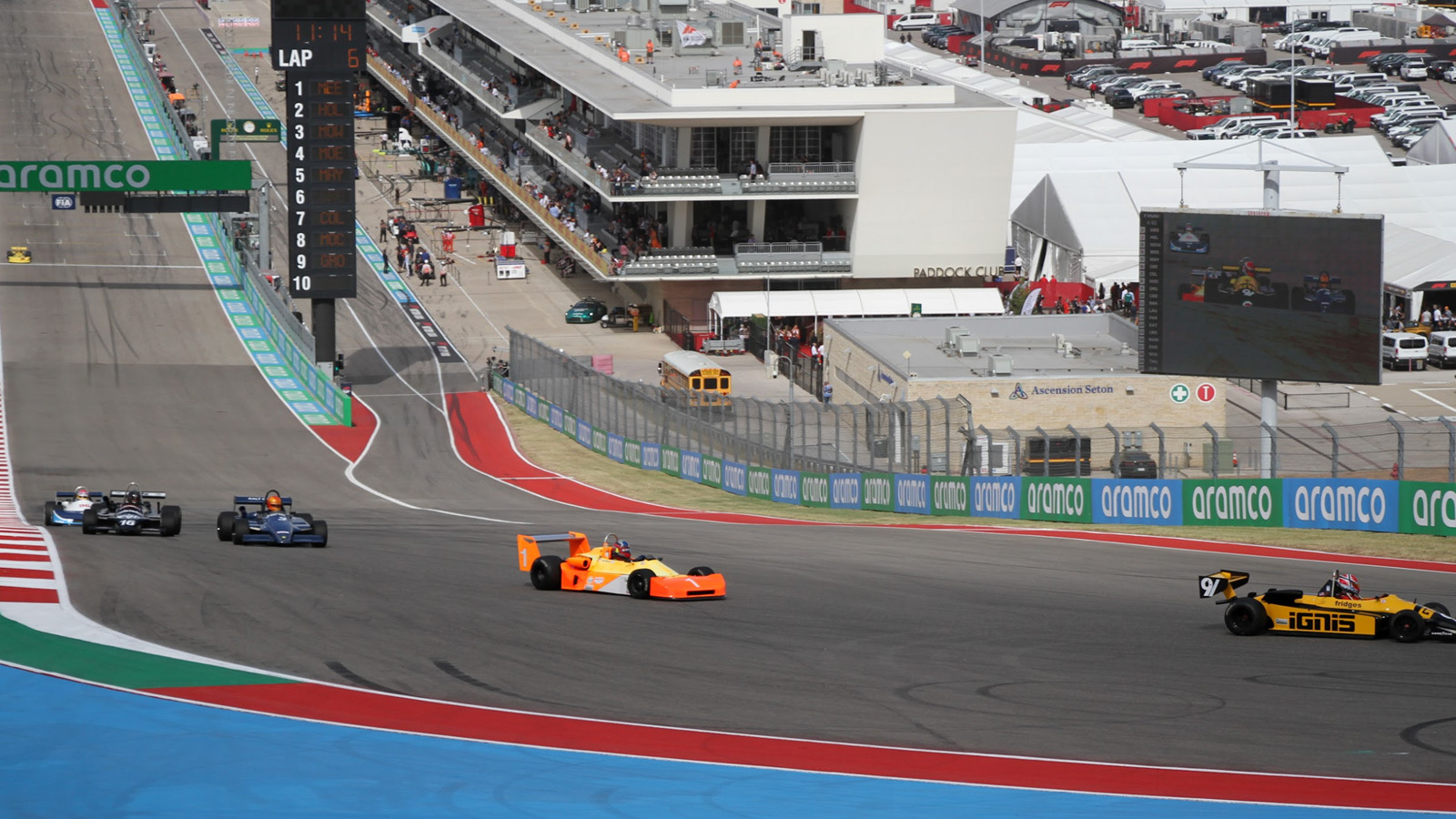 I may have felt out of place in the areas limited to media, teams and VIPs, but I felt at home out in the crowd. For the most part, the post-“Drive to Survive” masses are all right—as loud and enthusiastic as the rest of us. Austin’s car culture has always felt pretty unpretentious, and these new fans fit right in.

I had a blast, but the fewer number of locals I knew at the race almost made it feel like an out-of-town grand prix. Normally, I can’t walk a couple turns without seeing someone I know. This year, most of the people I knew who went were either working in some capacity, or there as a media guest. Combined with the fact that some former GA mainstays like Turn 19—Haas Hill, once promoted as a prime GA section with free chairs for fans—now have extra suites and grandstands on top, I was left with the sinking feeling that some of F1’s bread-and-butter diehard fans are getting slowly pushed out of the event itself. 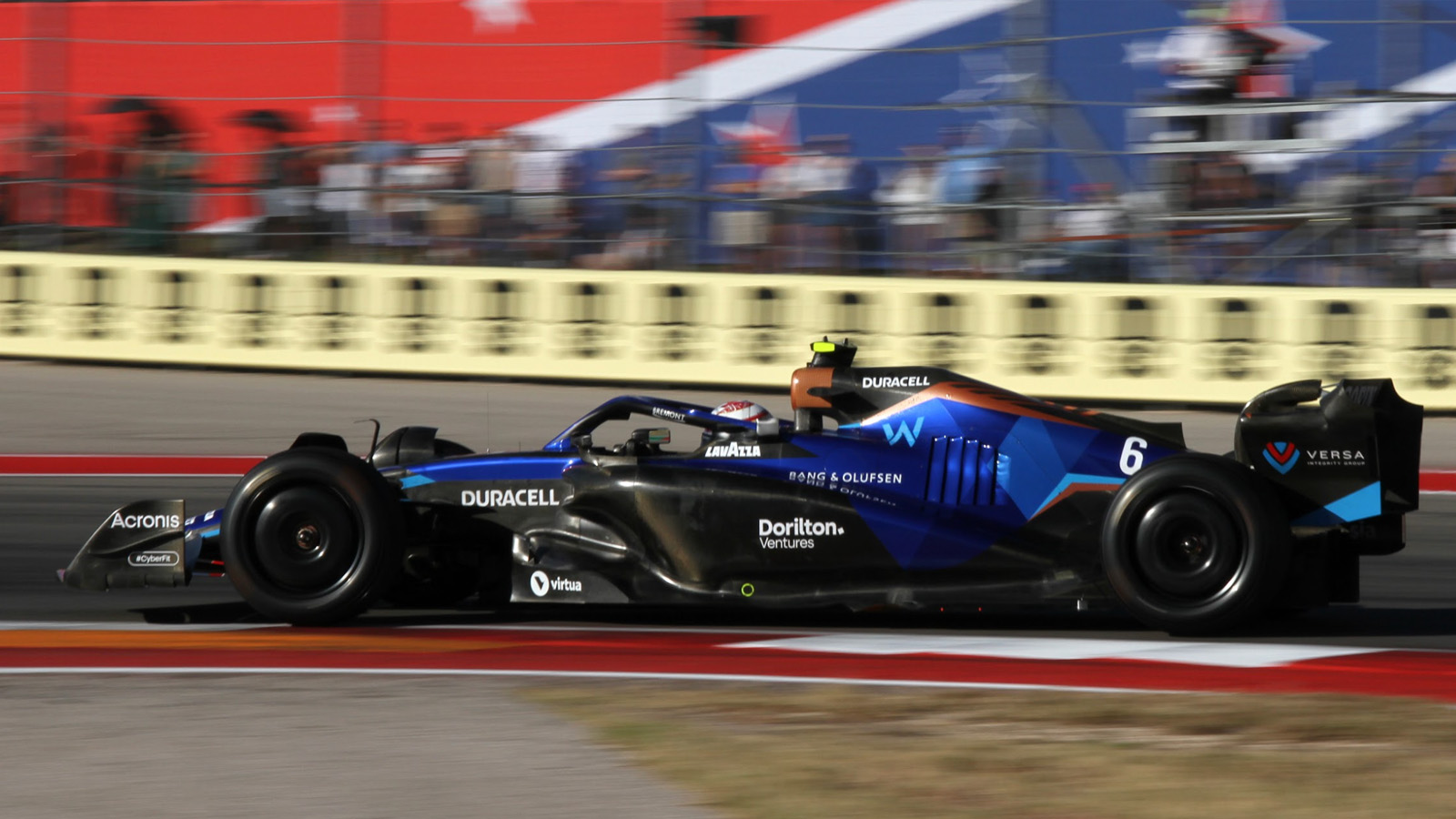 On one hand, it makes sense for COTA to chase that bank while F1 is still riding the “Drive to Survive” wave. Yet when things were tough, my favorite event in Austin wasn’t saved by big-name firms shelling out for suites while it’s the cool thing to show off. It survived thanks to fangirls in the cheap seats.

Even with a race itself that was well worth its weight in $15 tallboys in terms of entertainment value, I can’t help but worry about what this trend means for the long-term. After all, it’s far easier for new fans to justify checking out a race for the first time if the cheap seats are good, and tickets are actually affordable. Once they get hooked on it, well, they’ll probably be scheming ways to get into the weekend in spite of it all, too.

Read All My Posts »
PrevPreviousHow Volkswagen Turned A Standard VW Jetta GLI Into This ‘Jetta GLI Performance Concept’ SEMA Show-Car
NextWhat Do You Think About This New Teaser For The All-Electric ‘Ram 1500 Revolution’ Set To Be Unveiled At CES In January?Next