Despite The Doom And Gloom Of Industry-Wide Inventory Shortages, August Was A Really Good Sales Month For Hyundai

Hyundai’s August sales show signs of a possible rebound, Honda is still struggling with inventory, Mercedes-Benz prices the EQS SUV in the six figure range. All this and more in today’s issue of The Morning Dump.

Hyundai And Kia Had A Great Month

As a glimmer of light through the dark times of the car shortage, Hyundai and Kia have posted some fantastic sales numbers for the month of August. Let’s delve more into Hyundai first. The Korean brand sold 64,335 vehicles in August, up 14 percent year-over-year. Top sellers from first to third are the Elantra compact, the Tucson compact crossover, and the Santa Fe midsize crossover. Hey, look at this, an actual car on top of a mainstream brand’s sales chart. How rare is that? Hyundai reports in a media release that it “did not have any fleet sales this month,” and that inventory is on the come-up.

“We’re seeing inventory begin to rebound which resulted in strong sales this month,” said Randy Parker, CEO, Hyundai Motor America. “Despite estimates of an overall industry decline our sales were driven by high demand for our product line of SUVs and eco-friendly vehicles.”

Year-over-year sales were also up at Kia, with the Korean brand having its best August ever in terms of sales. Kia sold an impressive 66,089 vehicles in America last month, with the Sportage compact crossover, Forte compact, and Sorento midsize crossover making up more than half of those sales. While it looks like someone tore the new Sportage’s face off, the Forte and Sorento are both pretty good vehicles at good prices, and the general public seems to agree by putting money behind them. What’s more, Kia said in a media release that production struggles may ease soon.

“In light of ongoing supply challenges across the industry, achieving a best-ever August sales performance is a testament to the strength of our product lineup, our dealers and our employees,” said Eric Watson, vice president, sales operations, Kia America. “We are optimistic that production through the end of the year will improve and further the success of our all-new Sportage, EV6, upcoming redesigned Telluride and more.”

Between these recent sales jumps and Kia feeling that production will soon improve, it’s entirely possible that we’re seeing peak car shortage. Of course, getting out of this hole will require a lot of luck and planning. War in Europe can have unpredictable impacts on suppliers, as could any future COVID outbreaks.

Honda Had A Really Bad Month

Let’s check in and see how the other brand with an H for an emblem is doing. Oh dear, it seems like Honda didn’t have a particularly good August. While sales of 63,923 vehicles doesn’t sound too bad, that represents a 36.3 percent year-over-year drop. Things are even worse on the Acura side of things, with 7,537 vehicles sold representing a 49.3 percent drop year-over-year. Still, Honda seems to be pointing out the positives in this gloomy situation.

However, Honda is still struggling with getting vehicles on lots. According to a media release, “High turn rates continue for both Honda and Acura brands; inventory days supply remains in single digits.” While the earlier statement on strong HR-V sales as inventory catches up to demand suggests that things may soon improve for Honda, next month’s sales report really could go either way. 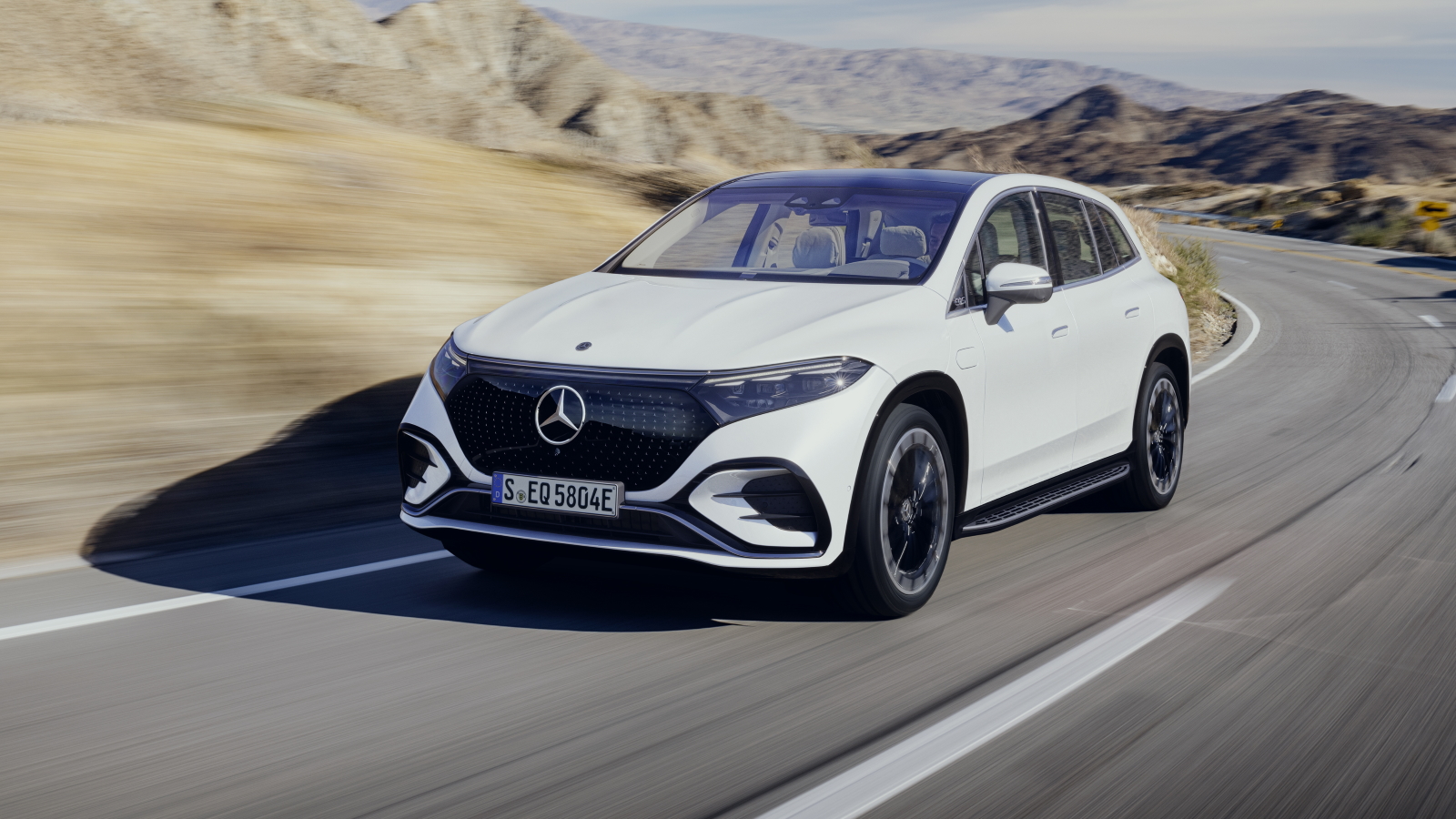 We finally have pricing for the Mercedes-Benz EQS SUV and it’s about as expensive as I expected. First, let’s unpack this alphabet soup. EQ means electric, S means S-Class, and SUV means the ability to run over the curbs in the Starbucks drive-thru with impunity. In addition, there are some numbers after EQS SUV that have no direct attachment to power or range, so they’re really just there to advertise how rich the owner is. With that out of the way, let’s get into pricing.

All EQS SUVs are subject to a $1,150 freight charge, so I’m factoring that in here. The base EQS 450+ SUV stickers for $105,550, rising to $108,550 if you want all-wheel-drive. The more powerful EQS 580 SUV stickers for $127,100, and that’s before adding any option packages. Figure an extra $4,250 for the Exclusive package to get goodies like four-zone climate control and massaging seats, and an extra $2,000 on top of that for the Pinnacle package which includes executive rear seating.

A GLS 580 stickers for $102,300 including a $1,050 freight charge, so a base price of $105,550 for the EQS 450 doesn’t seem all that crazy. Granted, the GLS 580 does feature all-wheel-drive and a thumping great V8 under the hood, but EV components aren’t cheap either so it makes sense how things largely even out. In any case, Mercedes’ Alabama plant is already churning out EQS SUVs for an autumn launch.

With autonomy being the automotive buzzword of the past several years, it’s worth keeping in mind that making safe autonomous cars is incredibly hard. Reuters reports that all 80 Cruise autonomous vehicles have been recalled and re-programmed after a crash back in June.

Federal regulators said the recalled software could “incorrectly predict” an oncoming vehicle’s path. Cruise said it had determined this unusual scenario would not recur after the software update.

The National Highway Traffic Safety Administration said the recalled software could “in certain circumstances when making an unprotected left, cause the (autonomous driving system) to incorrectly predict another vehicle’s path or be insufficiently reactive to the sudden path change of a road user.”

In order for an autonomous vehicle to achieve safety superior to that of a human driver, there need to essentially be no incorrect predictions of another vehicle’s path. While that sounds like an impossibly high bar, the fact is that humans are generally fairly good at driving. NHTSA statistics show that in 2019, the last year of normal vehicle travel, approximately 2.07 police-reported crashes occurred per million miles traveled, and that includes single-vehicle crashes. While NHTSA says that Cruise’s update should fix issues with incorrectly predicting an oncoming vehicle’s path, it remains to be seen whether any similar bugs crop up in testing. Perhaps that whole clustering thing can be fixed next.

Whelp, time to drop the lid on today’s edition of The Morning Dump. Happy Friday, everyone! We made it to the end of the week. Best of all, it’s a long weekend for many of you, which means extra time to do car things. With that in mind, I’d love to ask what your automotive plans are for this holiday weekend. Are you going on a road trip to see family, fixing that little interior squeak that’s been driving you up the wall, or simply ordering parts for your winter project? Whatever your plans are, I want to hear about them.

Thomas is a Nu Rave-blaring, heel-toe downshifting, maple syrup-swilling, chassis-geeking, junkyard parts-hauling, floppy-haired scenester who's been writing about cars since college. His current ride is a 2006 BMW 325i with the six-speed manual gearbox. Instagram: @thomas.hundal Twitter: @thomashundal
Read All My Posts »
PrevPreviousHere’s Some Valiant Ute Wrenchspo For David: Cold Start
NextDaydreaming About Tow Rigs: 1968 Ford F250 vs 1965 Rambler AmbassadorNext