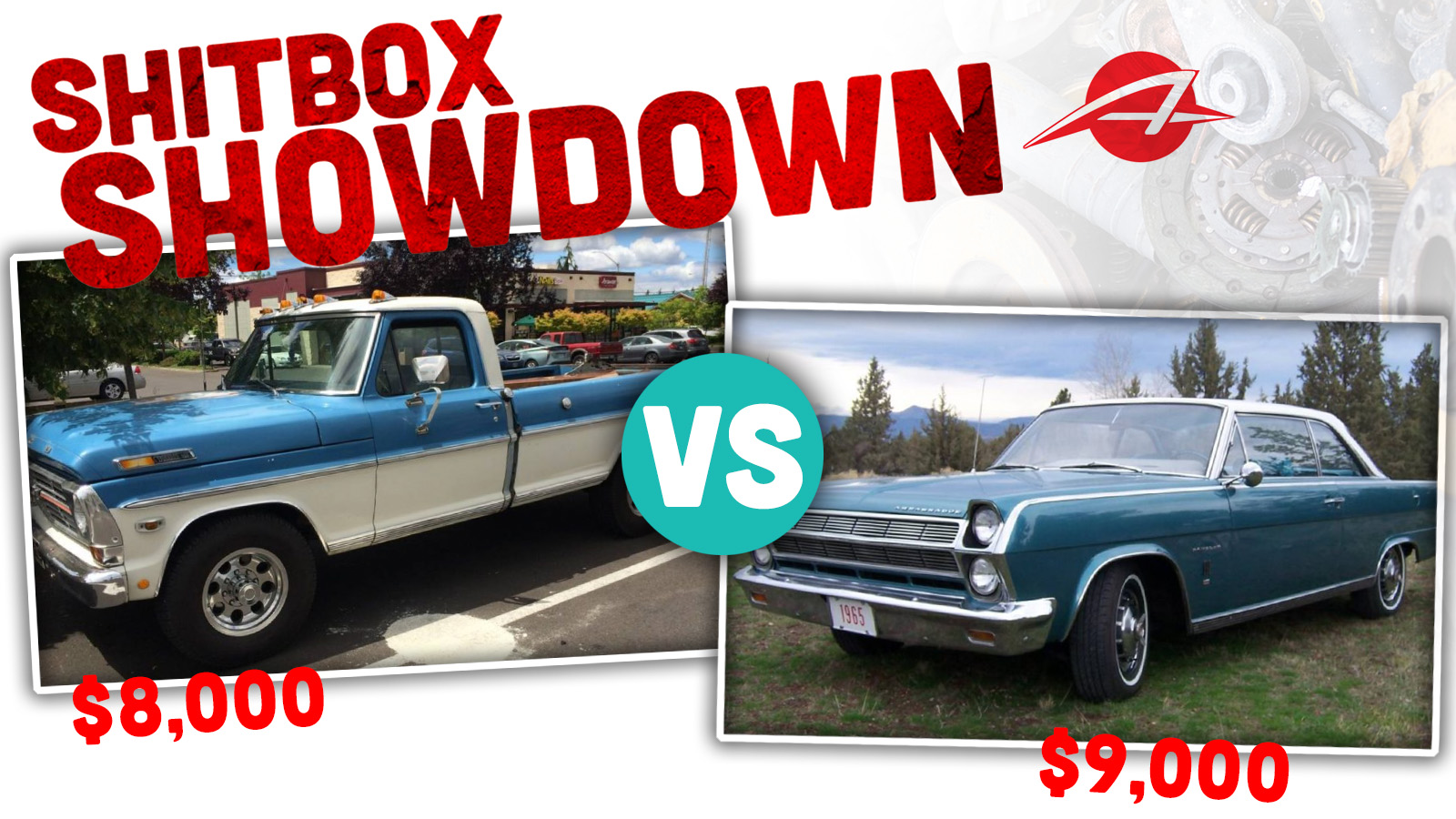 Good morning and happy Friday to you all! Today as has become the custom, the price cap goes out the window, but the cars remain imperfect. As it’s the Friday before a holiday weekend here in the US, I thought we’d take a look at a pair of vehicles suitable for towing a vintage trailer. My vintage trailer, in fact. But before we get there, we need to see how our winter beaters did:

Well, not much gray area there. We’ve gone from our closest vote straight to our most lopsided. And yeah, that Nissan is an act of desperation, and it should cost about half what it does. The Grand Am sold before most people got to even see the ad, which speaks volumes.

Now then: You may not know it, but Mercedes isn’t the only vintage camper aficionado around here. My wife and I are the proud owners of this little number, a 1966 Aristocrat Land Commander: 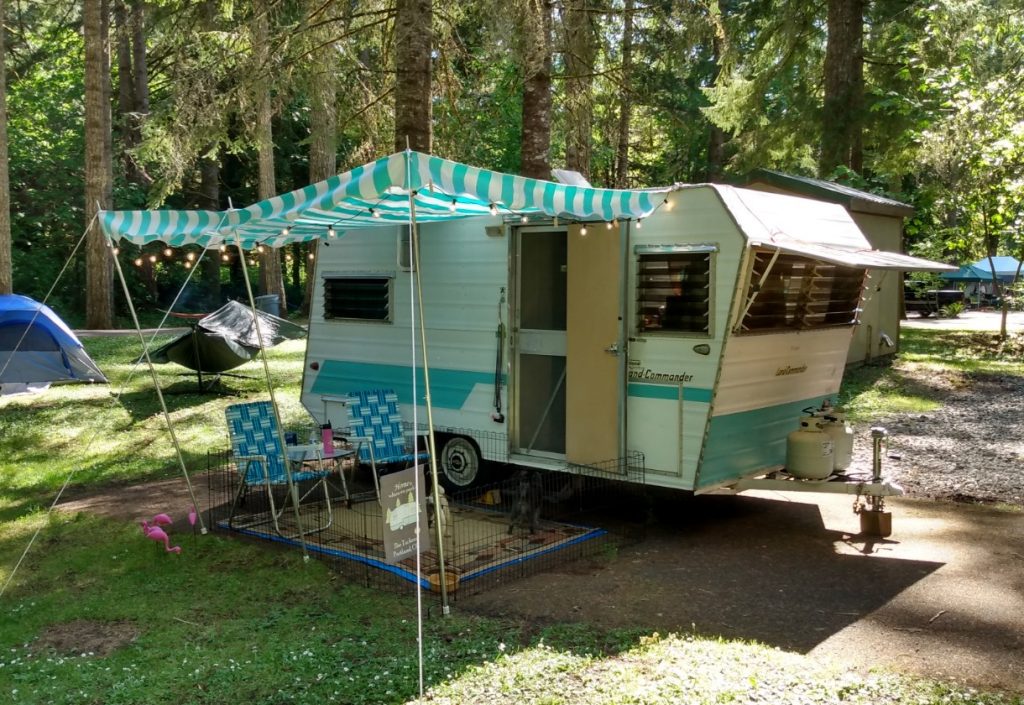 We’ve had it two or three years now, and taken probably 10 trips with it. It’s watertight, and we’ve fixed it up mechanically, and I just did a major electrical upgrade to it including solar panels, but cosmetically it’s still very close to original. It has good patina, as they say. And I love that about it. Gives it a little character.

We pull this beauty with a very nice and competent Infiniti QX4, but ever since we got it I’ve daydreamed about rolling into the campground in some period-correct tow vehicle, preferably color-coordinated, especially when we take it to the Goin’ With The Flo Vintage Trailer Rally in October every year. We can’t afford another tow vehicle right now, but that doesn’t stop me from looking. Window shopping is free, right? 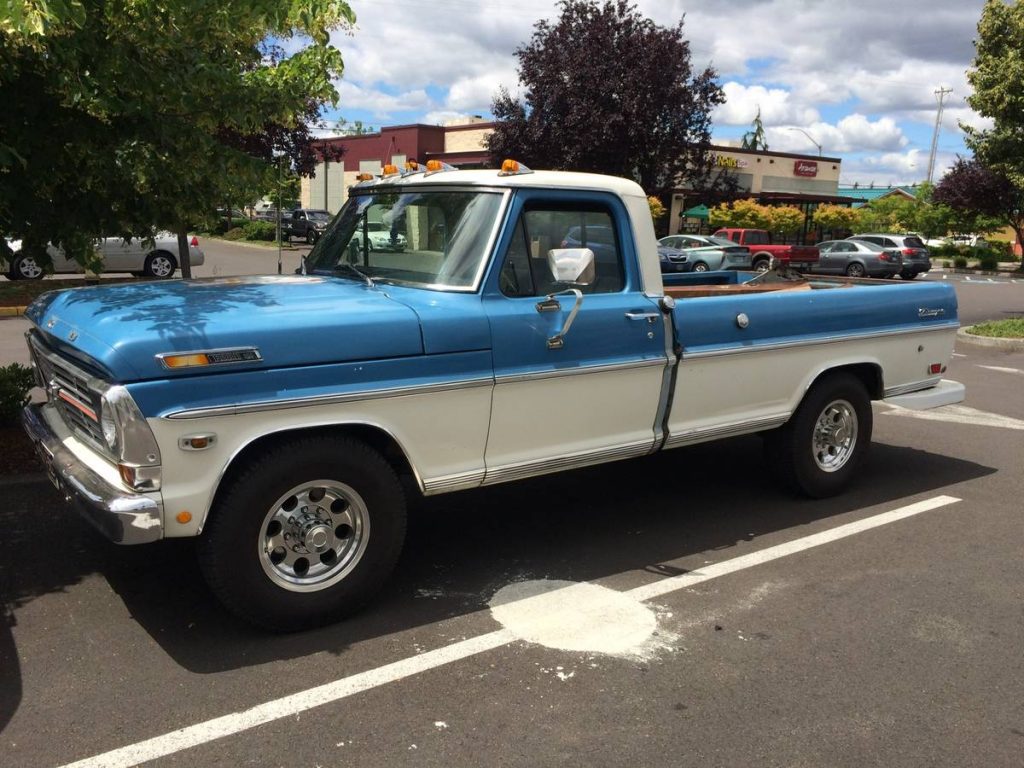 In the ’60s, slide-in truck campers were all the rage, and automakers responded to the trend with “Camper Special” editions of three-quarter-ton pickups. These trucks were equipped with tie-downs for campers, uprated electrical systems, and heavy-duty cooling systems straight off the showroom floor. They were usually a little nicer and better equipped for comfort and convenience than typical trucks, which at the time were still primarily work vehicles. This Ford F250 is the top-of-the-line “Ranger” trim level, with a downright plush interior for a truck in 1968. I mean, it has carpet and everything! 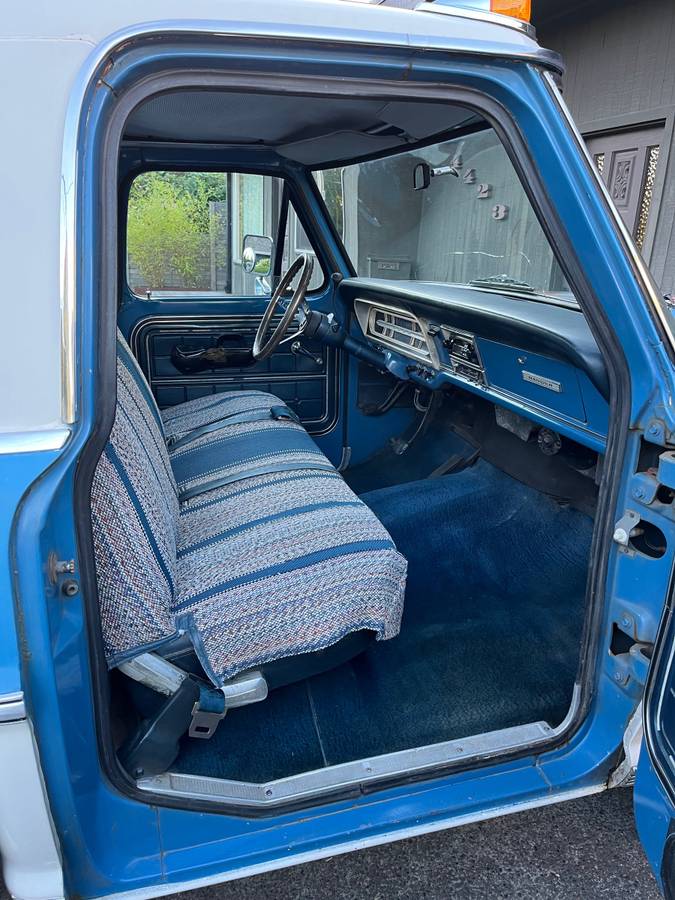 Even though it was intended for use with a slide-in camper, this truck would do a fine job of pulling our little Aristocrat. It has a 360 cubic inch “FE” V8, backed by a C6 automatic transmission. Properly cared for, this combination should last indefinitely, but it won’t be kind to you at the fuel pump. 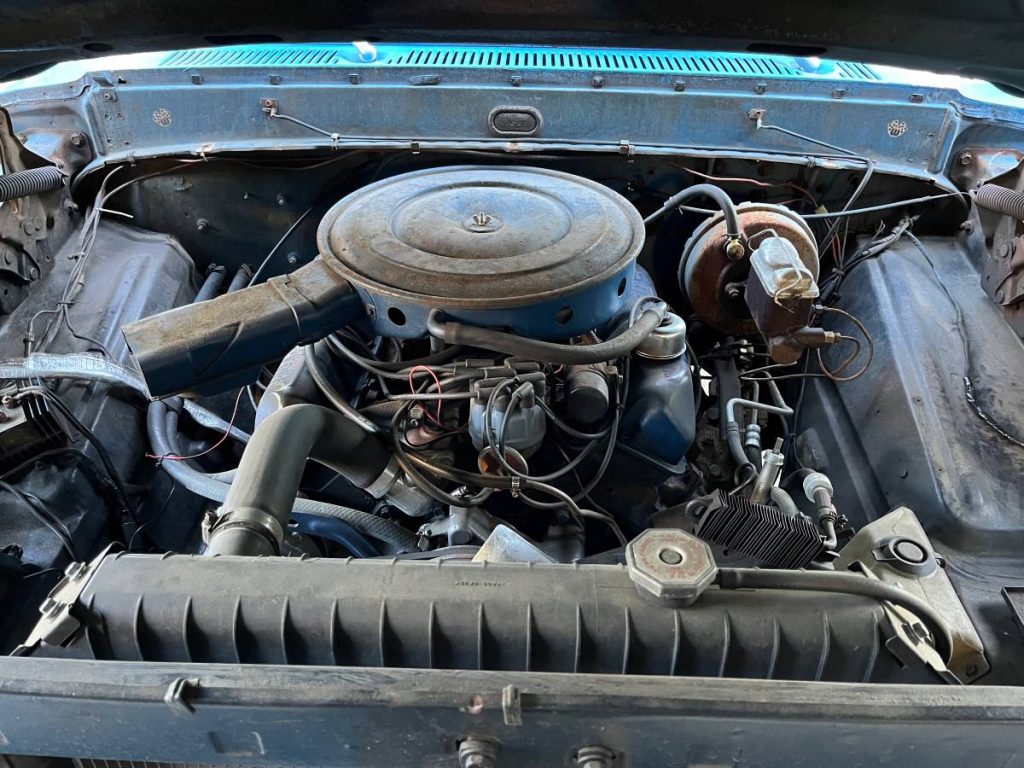 It’s also equipped with power steering and power brakes, so the driving experience should be less primitive than other trucks of the era. One thing I don’t see, however, is air conditioning; we would have to remedy that. 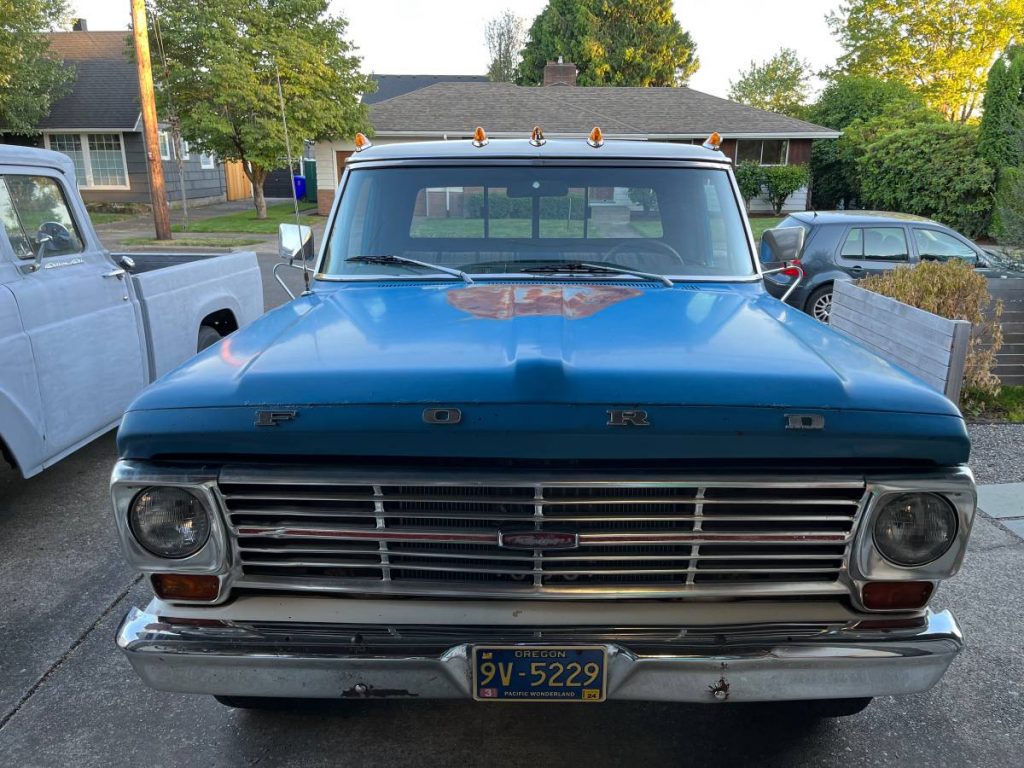 Cosmetically, it would fit right in with our camper. Nice overall, but not without its flaws. I do wonder about the locations of some of the bad paint spots; right in the middle of the hood, for instance. How does that happen? The discoloration and fading below tha gas cap I understand; 54 years of carelessness can take its toll. Overall, though, this is a damn nice looking truck for its age, and price. 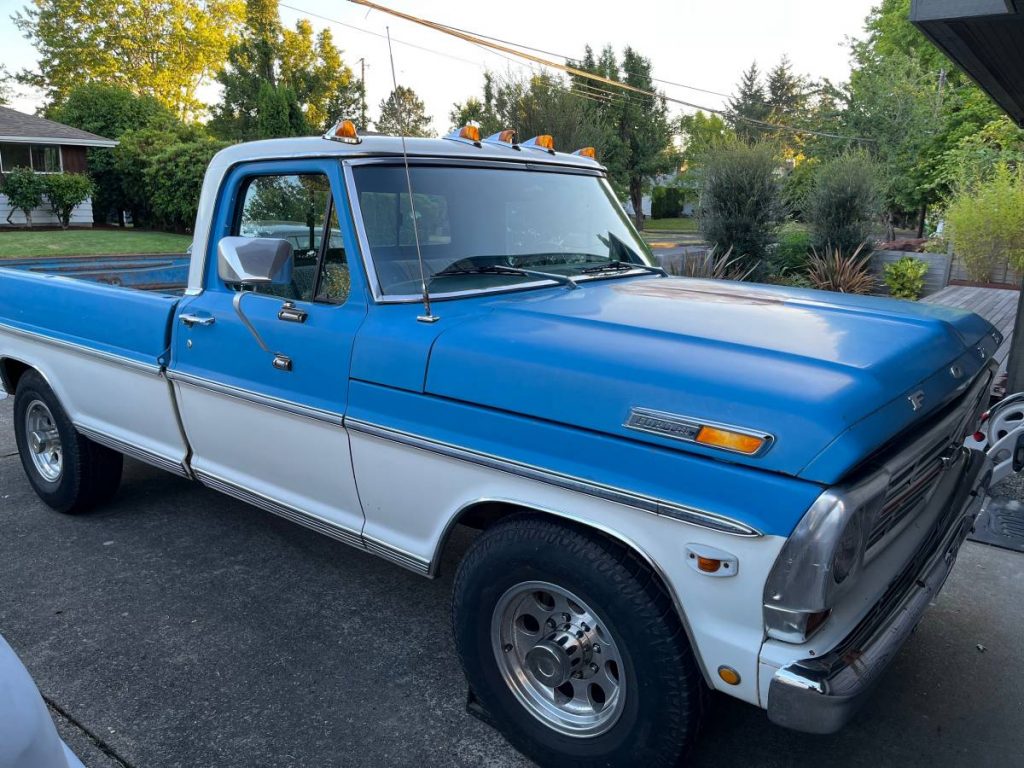 But it is still a truck, with all the noise and rough ride that that entails. With an open pickup bed, you have fewer secure and dry places to haul gear, too. And it’s hilariously overkill for our little 16-foot trailer. But it would look cool in front of it. 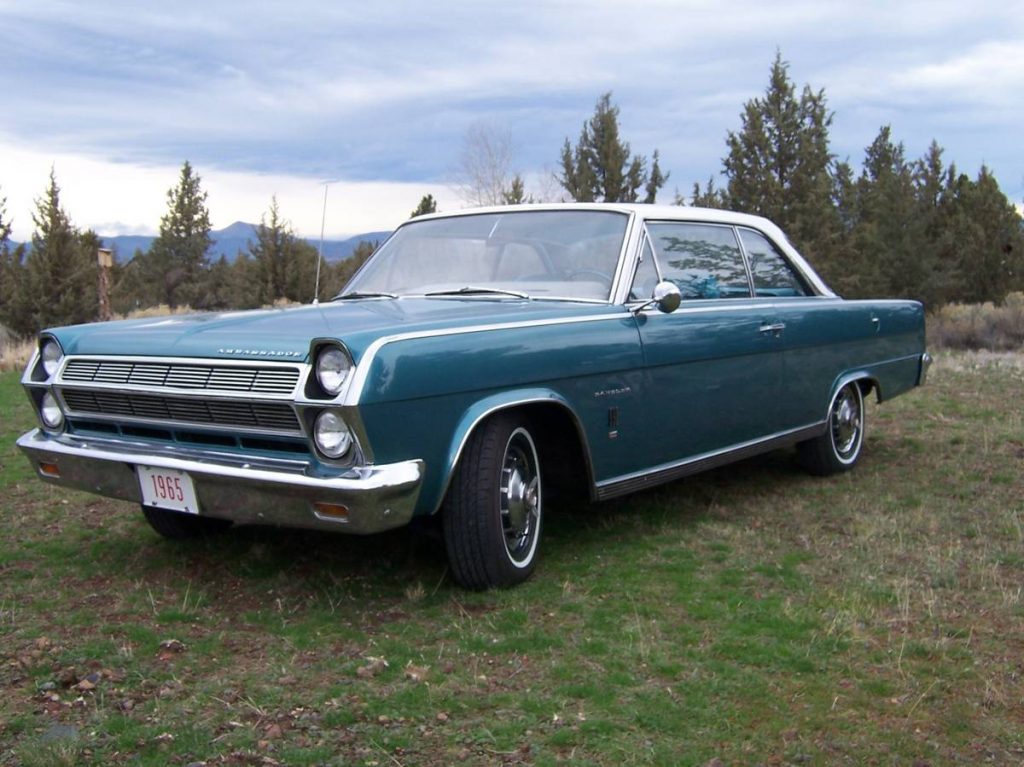 Back when our trailer was made, most buyers wouldn’t be pulling it with a truck. The Land Commander is the “big” Aristocrat trailer, and even it only tips the scales at around 2100 pounds empty. “Tin can” travel trailers like this were meant to be pulled with the family car, and in the days when most cars had V8s and were rear-wheel-drive, almost any car would do. For instance, this ’65 Ambassador. 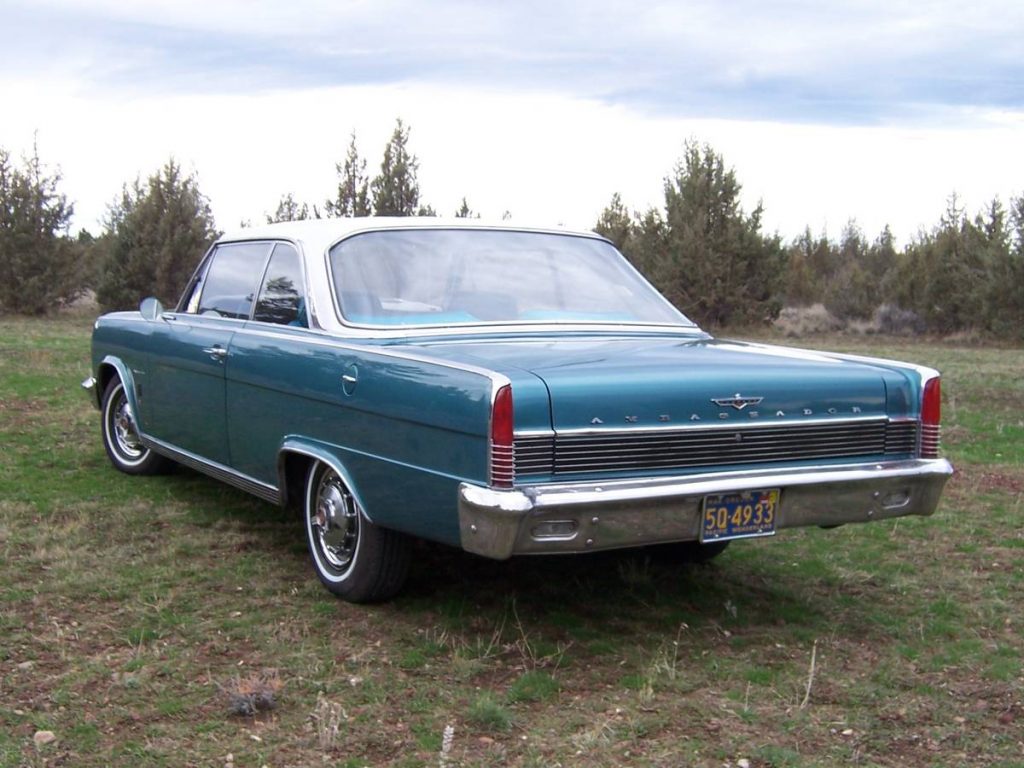 The Ambassador was the top of AMC’s Rambler range, completely redesigned for 1965 and finally considered a full-size car. It’s a handsome machine, with stacked headlights set in angled bezels and a vaguely Lincoln-like rear end treatment. It was available in 2 and 4 door sedan bodystyles, as well as a convertible, a wagon, and the 2 door pillarless hardtop shown here. It’s powered by a 327 cubic inch version of AMC’s V8 engine, backed by a floor-shifted automatic. 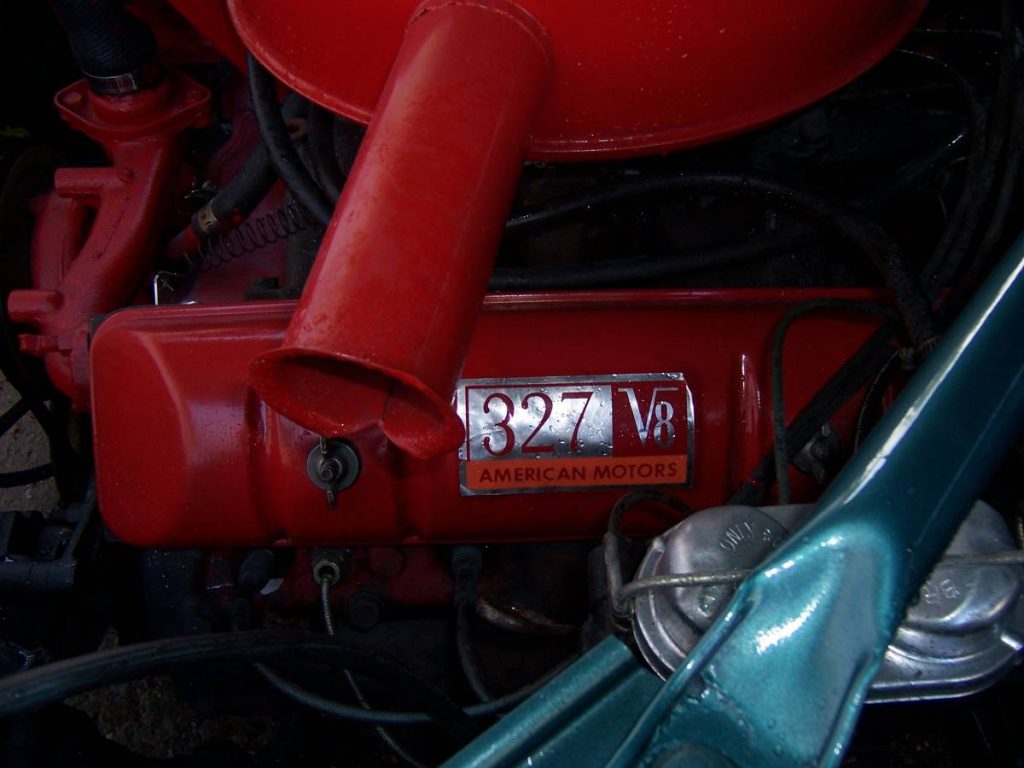 This Ambassador has had a lot of work done to it, including new paint (over some previous badly-done body damage), new upholstery and carpets, and a complete mechanical freshening. It’s a handsome car, and as one of only around 5000 ’65 Ambassador hardtops built, it’s certainly a rarity. 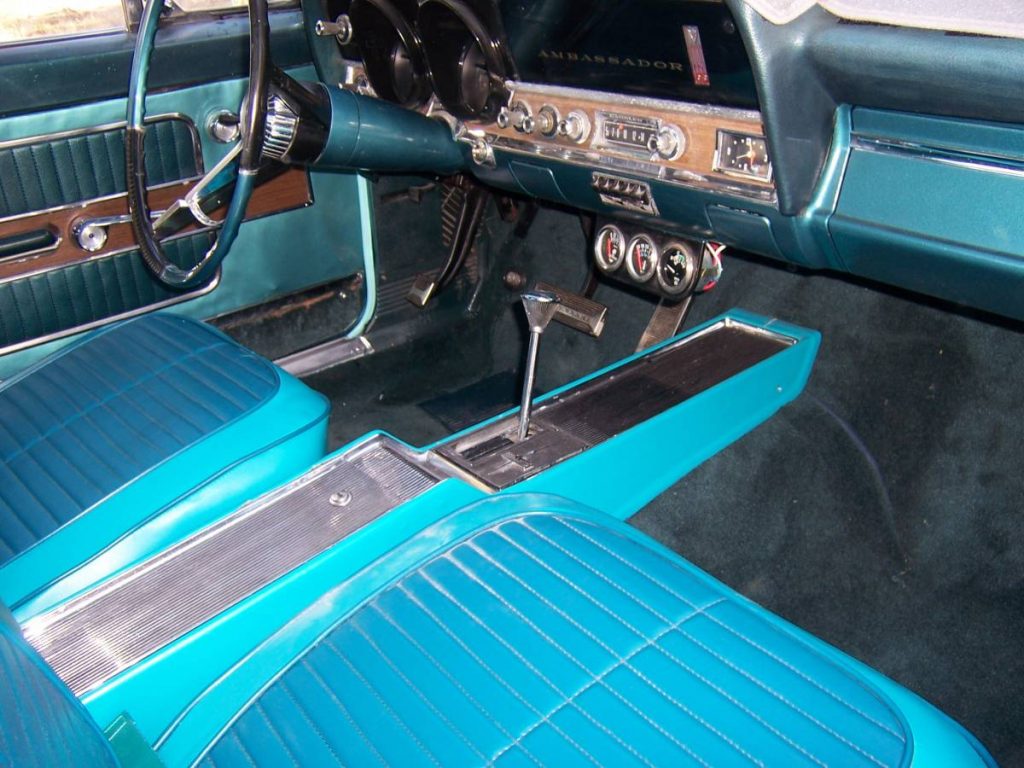 The advantage I can see to something like this is that it would be a whole lot more fun to drive around when you weren’t pulling a trailer with it. This is a really cool mid-Sixties coupe that you don’t see very often, that would just happen to have a receiver hitch on the back. I like the angles on the front end; they correspond nicely to the angles on the trailer. And not that you’d ever see the two side by side, but this car’s upholstery is a near-perfect match to the upholstery in the trailer. 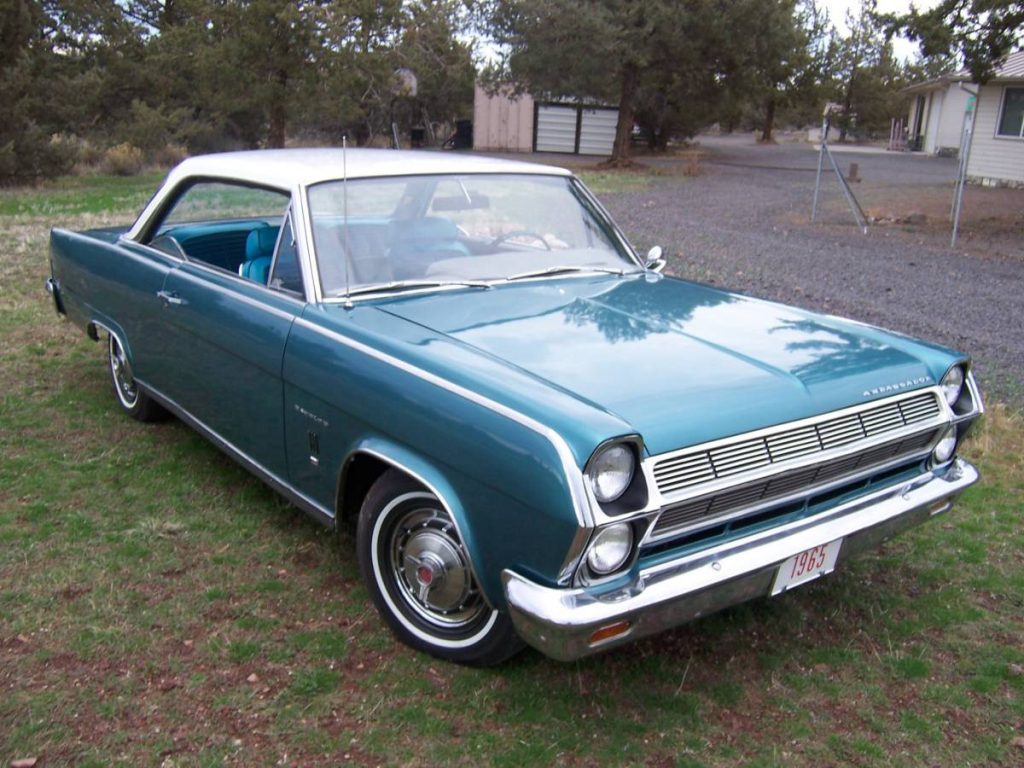 The biggest trouble I can see with this particular car is that it might be too nice, and make the trailer look shabby by comparison. But I guess that would just be incentive to refresh the trailer.

As I said, we’re not in any position to do anything about it now. But it is really cool to see some of the possibilities that are out there. I’d have a hard time choosing between these two if we were shopping, so it’s nice that I have the ability to put it to a vote. Which one would you choose?