I believe I’ve made no secret of my affection for the Volkswagen Type 2 Microbus, a box on wheels with a tiny engine shoved down in the back corner. It’s something that started as a crude sketch of a workhorse machine needed to fill real postwar delivery demands, was engineered as a rational, economical solution to a specific problem, and somehow managed along the way to become one of the most iconic and characterful vehicles ever made. That’s part of why I was so excited to see the lovely very early Bus on display at the Petersen Museum in LA the night we crashed the Tesla Party, though I have to admit that seeing this old bus made me wonder about a question that’s not only completely irrelevant now, but is also about 70 years too late to matter. In short, the best kind of question! Let’s dig in!

First, I have to just say that the Petersen’s very early Microbus was really lovely. I mean, look at it: 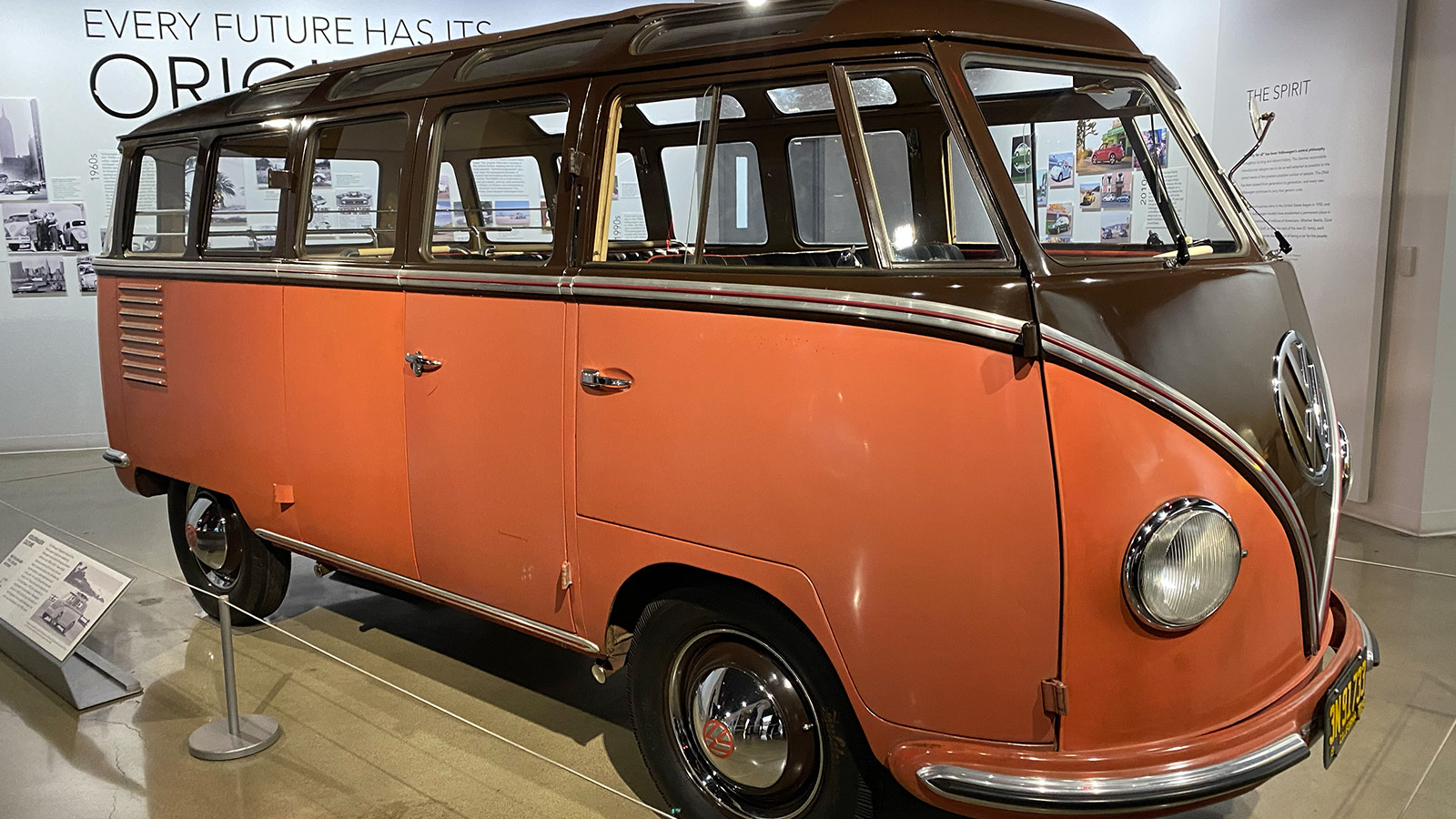 Fantastic, right? So, this is a pre-1955 Type 2, which means it looks like this around back: 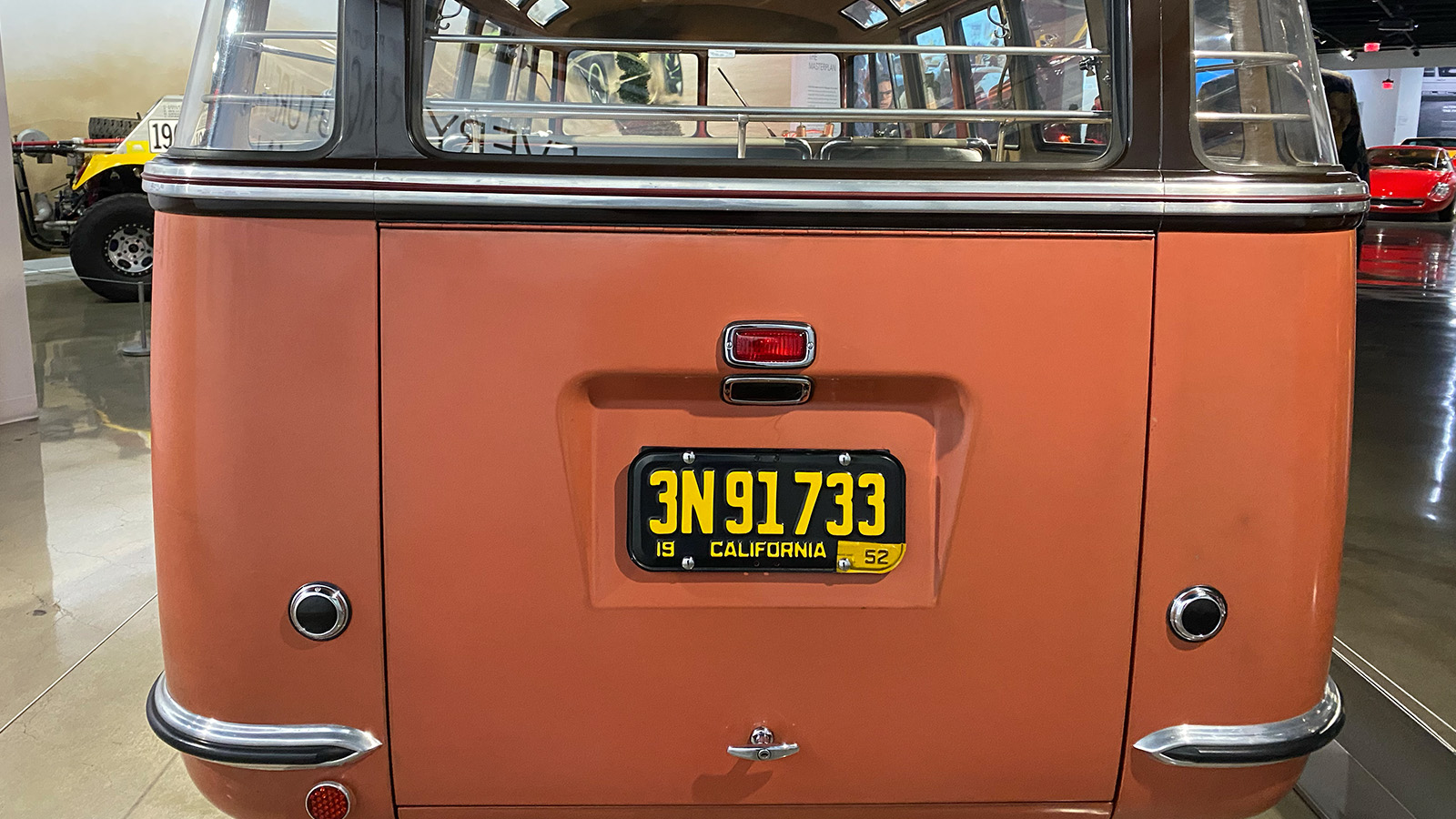 …and this is where my questions start, questions for which the only people who could probably have given me any sort of real answer are not just long dead, they’re long dead across an ocean, in Germany. Let me explain what I’m talking about. These old, pre-’55 buses are called barndoor buses not because of the side doors that actually do kind of open like barn doors, but because of that engine lid there, which is absolutely massive, like a barn door. Here’s what’s under there: 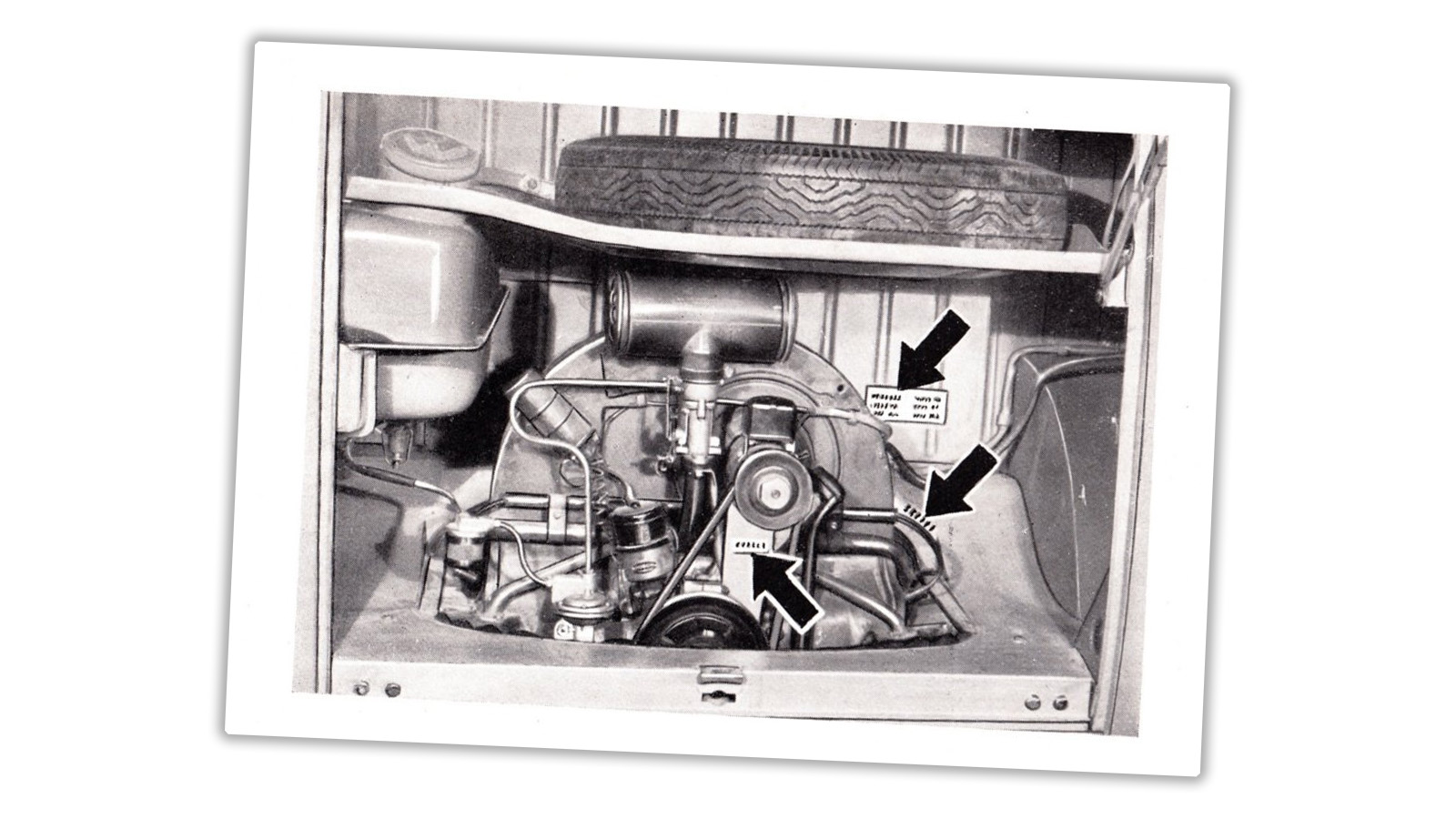 This is what makes me so confused about these early vans: this colossal engine room is such a terrible use of space and packaging, and everything else about the Type 2 design is so damn good about space utilization and packaging that I just can’t wrap my head around why these decisions were made.

Sure, the old upright-fan engine borrowed from the Beetle is kind of a tall package, but it’s not that tall, and making that huge tray for the spare above it sure doesn’t help anything. If you look at what the Barndoor bus is like on the inside, you can see that the huge, oversized box for engine, fuel tank, and spare tire sure commands a lot of room at the rear of the van: 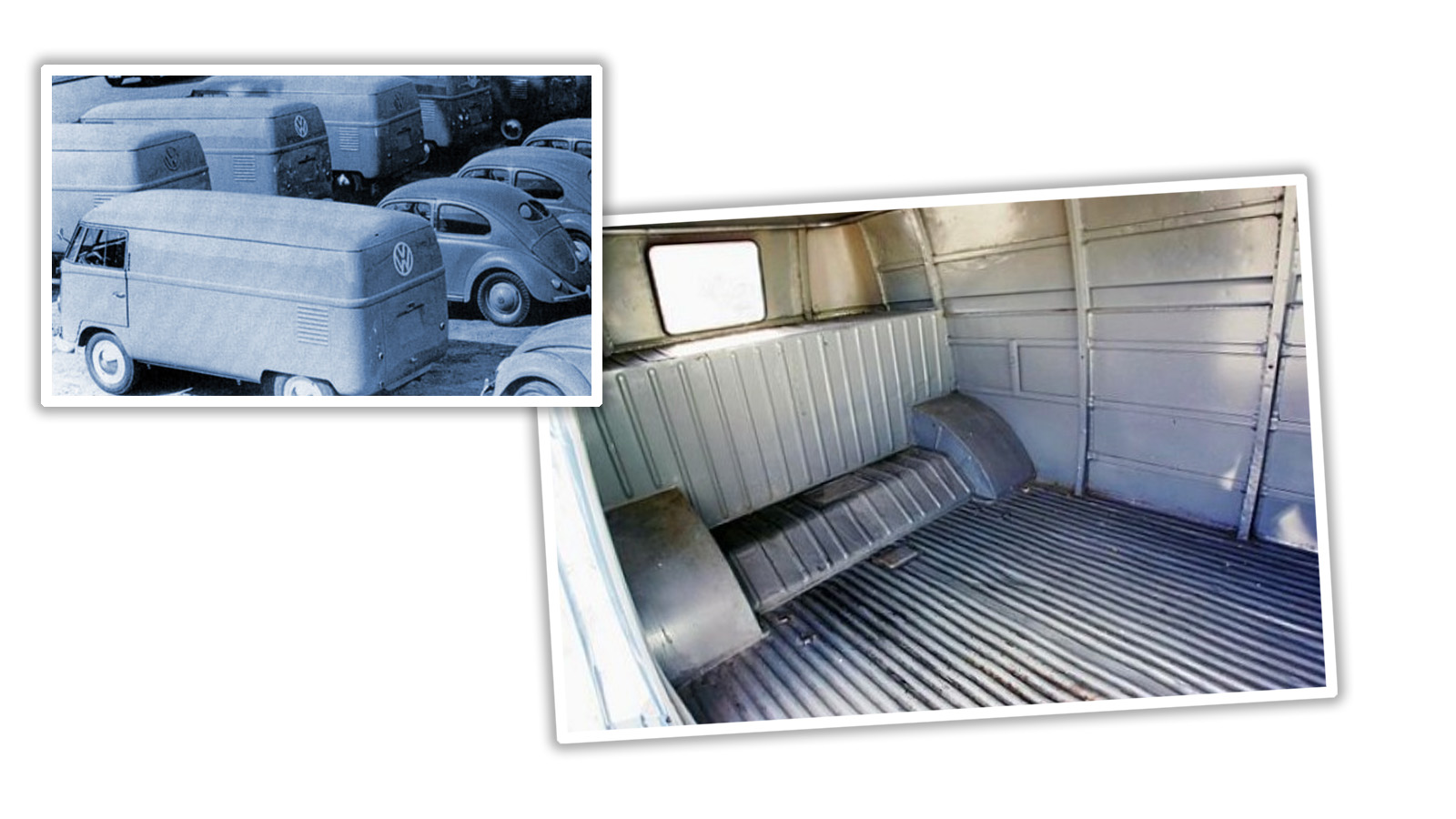 You can also see from that picture of some of the first Type 2s that they sometimes didn’t even have rear windows, and almost none had any way to access the cargo area from the rear. An optional small opening rear hatch did exist, but was not common at all.

I mean, look at a cutaway of these early Type 2s: 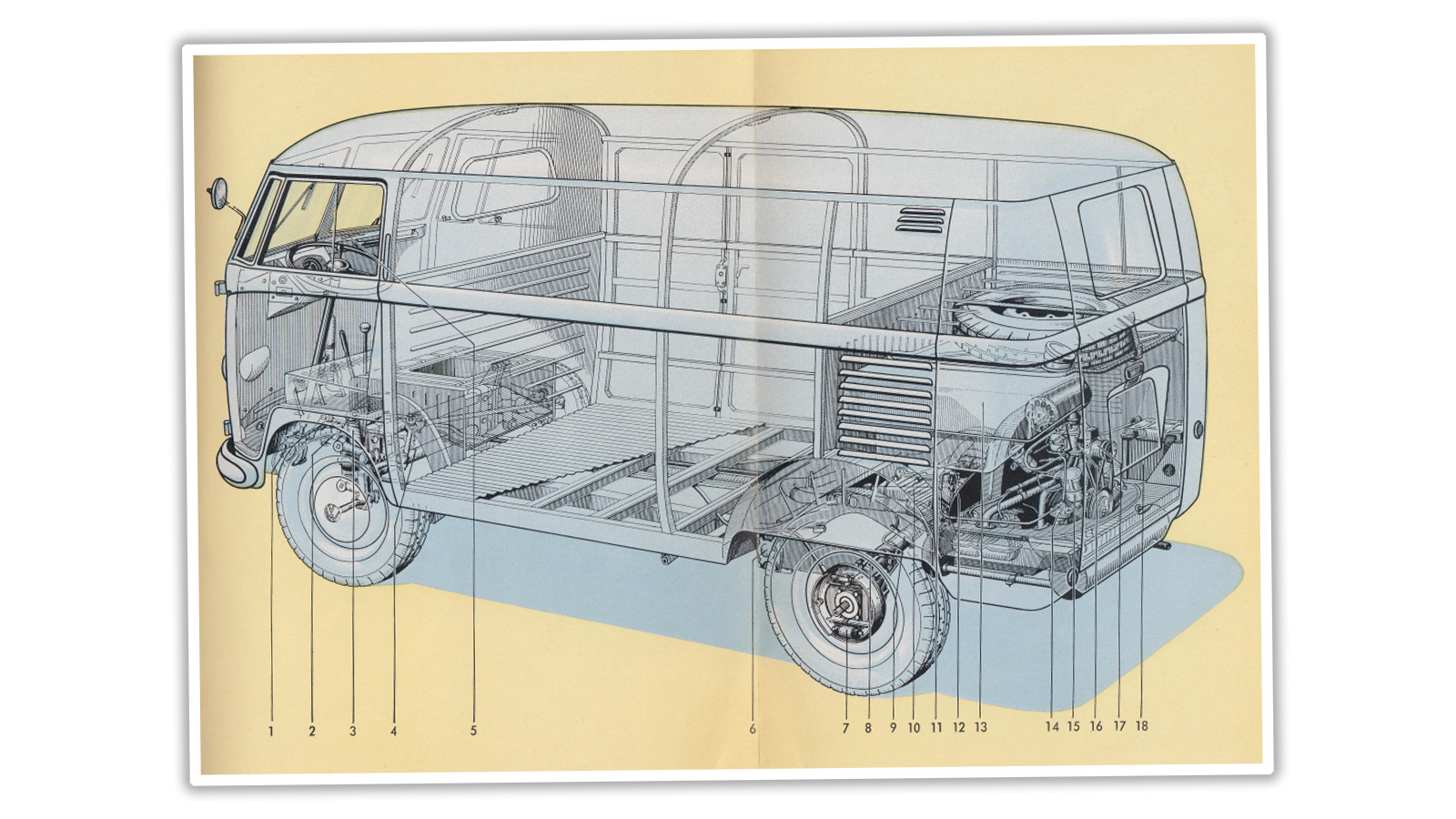 That engine and tire storage room just takes up way too much space, needlessly. You’re not spending a night in there when you change the spark plugs, after all, are you?

Now, this does roughly keep with early Dutch VW importer Ben Pon’s original sketch that eventually became the Type 2 Transporter, but even Pon’s crude sketch seems to leave a bit more cargo room over the engine at the rear: 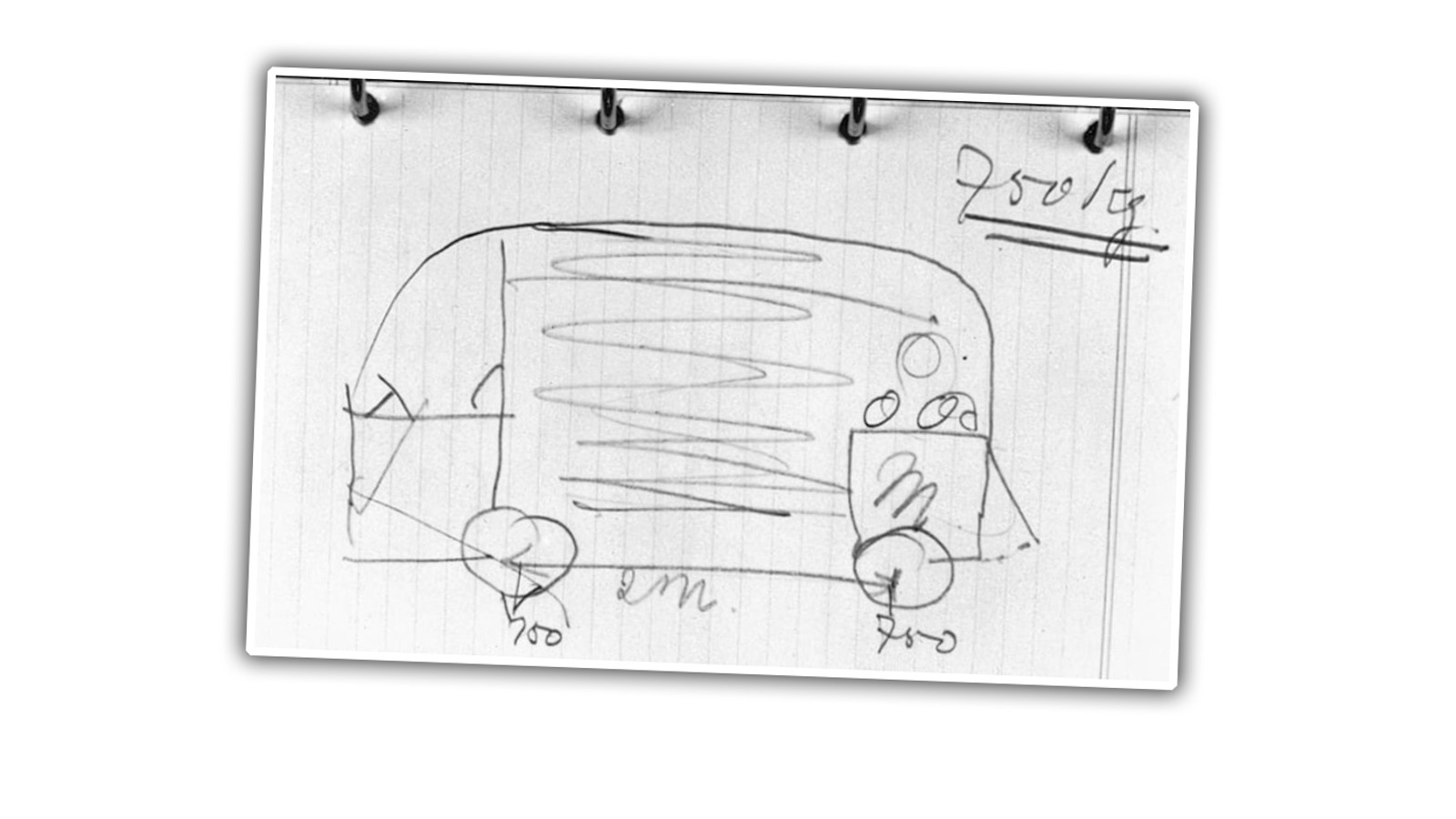 What confuses me is why the original buses were designed like this? I get that you had to stick the spare tire somewhere but shoving it over the engine (some even had it vertically in the engine bay) seems like the worst way to do it, considering what the van’s purpose was: to load and unload things and move them around.

They could have stuck the tire on the front (like many people did on their own) or underneath, like many vans and utility vehicles did, or on the side like a jeep, or, like they eventually did, behind the front seat bulkhead. I just can’t wrap my head around why the solution they went with was acceptable, because it really feels like the worst solution they could come up with.

In fact, Volkswagen’s engineers and designers even seemed to realize that there were better ways to do it, because even before they redesigned the engine/tire packaging setup in 1955, the ambulance versions of the Type 2 solved the issue completely: 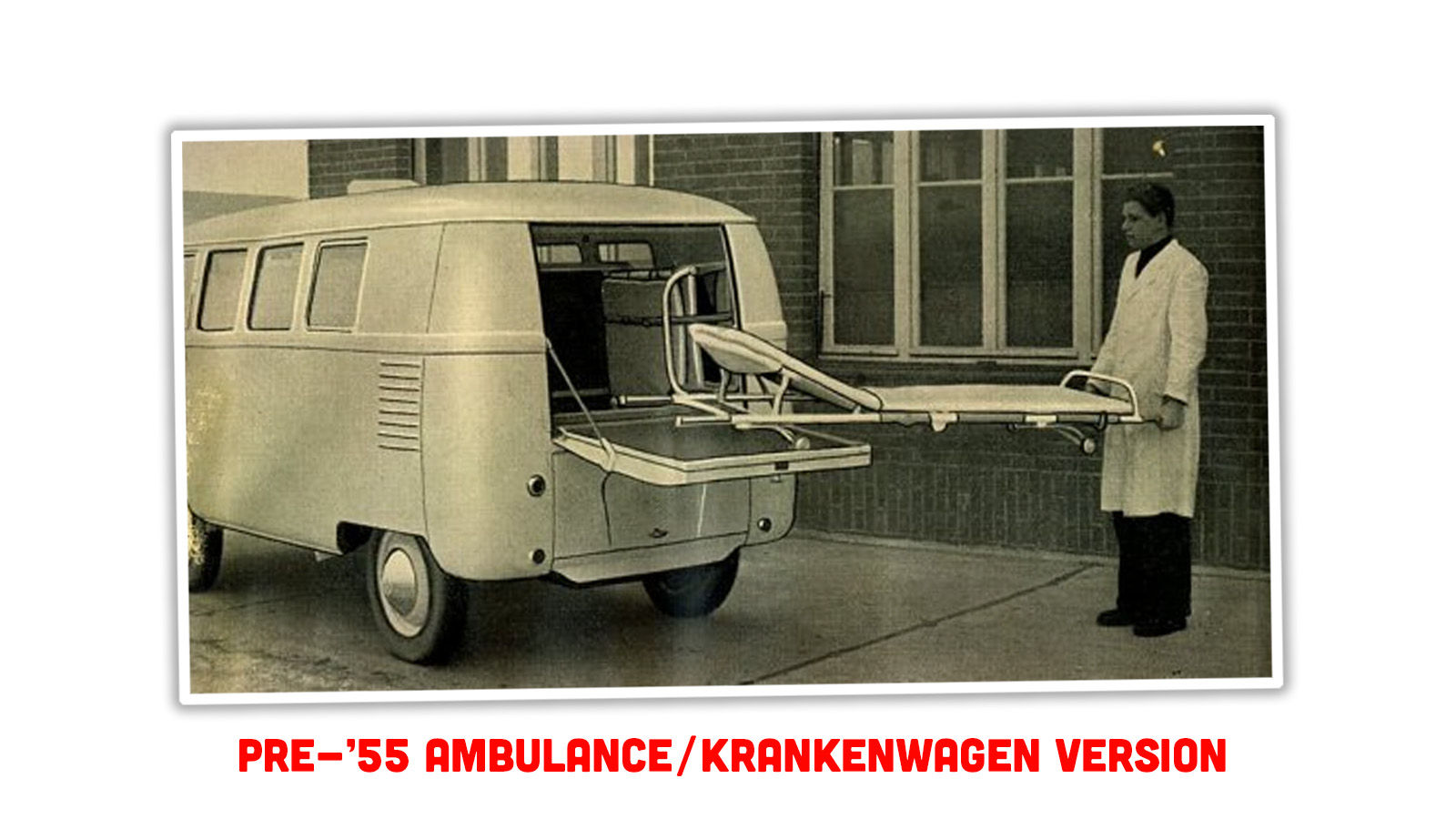 Look! They re-sized the engine room to something more reasonable, and as a result found they had plenty of room for a stretcher, complete with a drop-down door to get it in and out. It’s so much better! And, finally, it must have dawned on someone at VW that, hey, why don’t we just build them all like we build the ambulance one, and get about twice the cargo area and a way to load it from the rear? So, in 1955, that’s what happened. 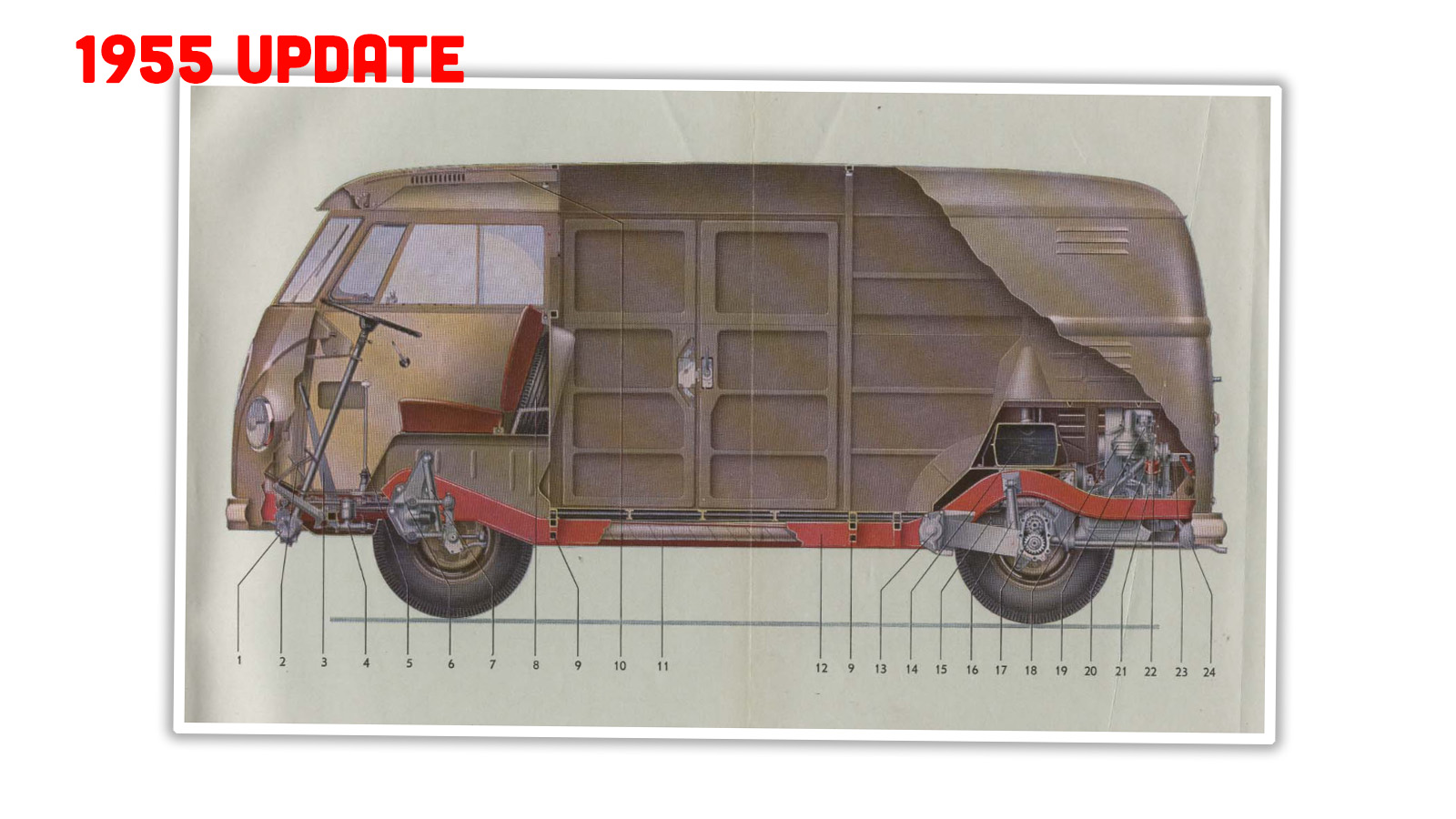 The spare got its own fun little angled cubby behind the front seats, and that load floor dropped by over a foot, and there was now a rear hatch. Look at the difference:

Honestly, I can’t think of another car that has so dramatically increased its cargo room without any dimensional changes to its bodywork. Maybe one of you out there will think of something, but when it comes to just re-shuffling stuff inside the envelope of a vehicle, this is a pretty massive improvement.

Look how much room that rear area over the engine got since the re-working: 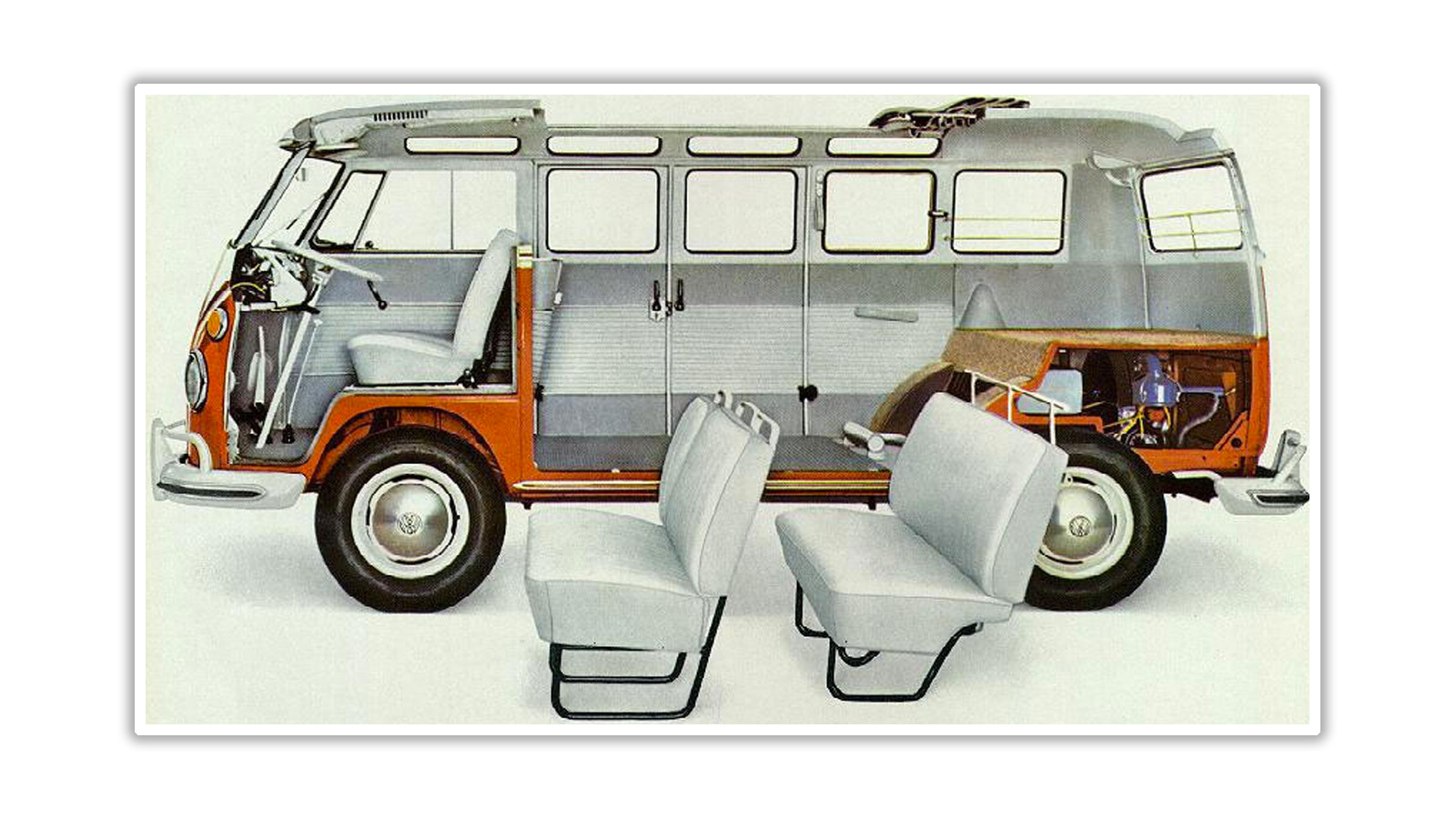 That’s a lot of space back there, and the hatch is incredibly useful! Also, is this the only time an improvement to an ambulance version was incorporated into a mass-market vehicle?

I’m sure there were reasons, but I have yet to find anything that actually explains it, and, as I said, I think I’m a few decades too late to learn the real truth from the source.

I suppose, given the date, I’ll just be thankful that VW did figure it out by 1955, and leave it at that, a beautiful mystery.

I'm a co-founder of the Autopian, the site you're on RIGHT NOW! I'm here to talk to you about taillights until you cry and beg me to stop, which I absolutely will not. Sorry. Hug? Also, David's friend.
Read All My Posts »
PrevPrevious“I Have A Flat Brim Hat And A Subaru. I Got This” – Zack Klapman Explains How He Stuffed A Subaru Into A Wall Of Snow
Next9 Products To Make Car Camping Comfortable – Autopian Gift GuideNext