In One Of The Most Ridiculous Chip Shortage Feature Removals To Date, BMW Ditches Apple CarPlay and Android Auto 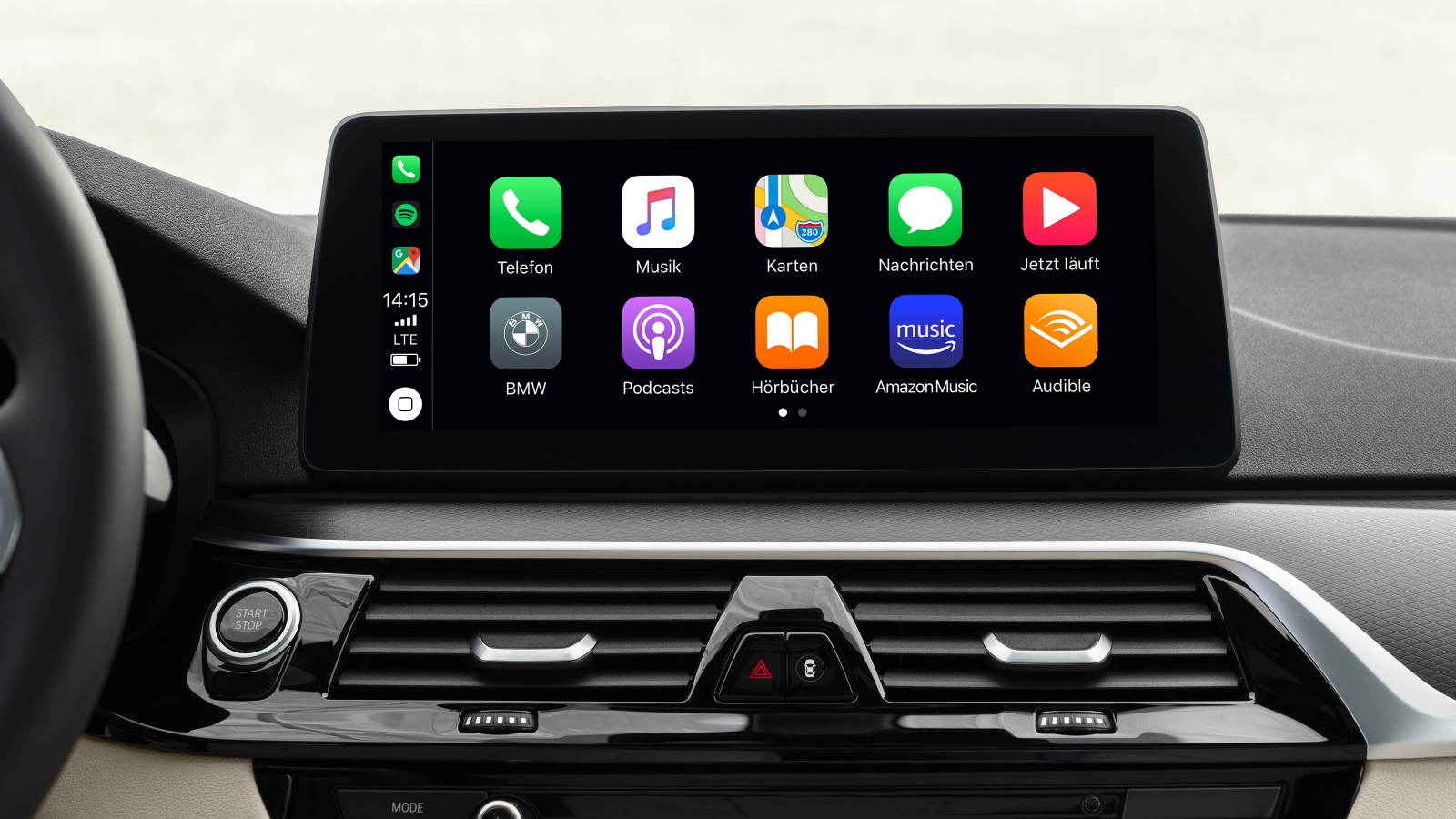 Throughout the chip shortage, automakers have tried to be nimble by cutting features, shaking hands with new suppliers and doing whatever they can to get cars out of the factory. For a while, Toyota Tacoma midsize pickup trucks were shipping with just one key. General Motors removed automatic stop-start from its full-size trucks and SUVs. Ford simplified the number of modules in its Mustang Mach-E electric crossover. Fairly alright moves for the most part. However, adopting a nimble strategy has risks. Remember that old nursery rhyme where nimble Jack tried to jump over a candlestick and ended up burning his toe? Well, something similar is going on at BMW where customers and the brand are both getting burned.

See, BMW’s doing fairly alright through the semiconductor shortage. The marque is focusing on higher-volume cars, cutting a few options like adjustable passenger seat bolsters and working quickly to onboard new suppliers. However, just because new semiconductor suppliers have products that fulfill BMW’s needs doesn’t mean that BMW’s software will work flawlessly with the new hardware. Automotive News Europe is reporting that because of a change in chip suppliers, some new models may not get Apple CarPlay or Android Auto capability until a software update is pushed out, possibly as late as the end of June.

However, that’s not the whole story. Bimmerpost user GreyLVKnight posted a screenshot of an email about these infotainment equipment issues and things look to go a whole lot deeper than just CarPlay and Android Auto. Per the email addressed to “military sales partners,” the build sheet for a new BMW includes code 6P1, two-device Bluetooth call pairing, two-device Bluetooth streaming audio and the in-car Wi-Fi hotspot will all be temporarily disabled. Moreover, this issue appears to affect just about every current model-year car and SUV BMW makes. Here’s the official list.

In addition to these models outlined in the memo, multiple forum users on the babybmw boards report that their recently-delivered F40 1-Series models don’t have CarPlay or Android Auto functionality either. Holy crap, that’s a lot of vehicles missing a fairly common set of features. So what’s unaffected? Well, not a whole lot, it appears. The i4, iX and U06 2-Series Active Tourer are unaffected as they use the latest eighth iteration of iDrive. The F48 X1, F39 X2 aren’t yet confirmed to be affected, but there’s still a chance they are.

Now I don’t know about you, but I’d be properly annoyed if I had to potentially wait the better part of two months to use CarPlay on my brand new luxury car. While other BMW owners have suffered worse — like anyone who experienced the common timing issues of the N20 four-cylinder engine, every V8 M3-owner who has to consider rod bearing replacement as periodic maintenance, or every E63 and E64 6-Series owner who’s learned the hard way that a cup holder can retail for more than $1,000 — a lack of phone mirroring isn’t exactly a drop in the bucket. It’s like getting ketchup on a white shirt or having a service delay pop up on the parcel tracker for your latest order of car parts. Sure, this issue will be resolved sooner or later, but when a $13,600 Chevrolet Spark city car has phone mirroring and your Ultimate Marketing Machine doesn’t, it’s entirely right to be a bit upset.

At the same time, I do feel bad for BMW’s software engineers. While the coding itself can be time-consuming, the process of testing, patching, testing and eventually committing to a stable version takes absolute ages. Imagine having to do phone mirroring all over again while an angry mob is screaming down the customer service hotline. That’s about as fun as realizing you’re on fire. Anyway, fingers crossed that BMW can sort this CarPlay and Android Auto integration quickly and push out a stable release before the end of June. Wi-Fi hotspot functionality is confirmed to have returned on May 4 according to this forum post which also alleges that CarPlay and Android Auto fixes will start rolling out come May 19. In the forum post is a screenshot that appears as if it could be from BMW’s own ISTA diagnostics and programming software, although it is cropped in quite close. The speed and scope of this alleged roll-out is currently unknown, but hopefully it’s quick and wide. I know that we car enthusiasts often lament the level of in-cabin technology in new vehicles, but an infotainment system that lacks CarPlay and Android Auto seems like a deal-breaker to me.

Thomas is a Nu Rave-blaring, heel-toe downshifting, maple syrup-swilling, chassis-geeking, junkyard parts-hauling, floppy-haired scenester who's been writing about cars since college. His current ride is a 2006 BMW 325i with the six-speed manual gearbox. Instagram: @thomas.hundal Twitter: @thomashundal
Read All My Posts »
PrevPreviousSelling A Crappy Car To My Landlord Was A Mistake That Continues To Haunt Me Five Years Later
NextAs Someone Who Loves Cars, I’m Struggling To Decide If I Want To Move From Detroit To LANext