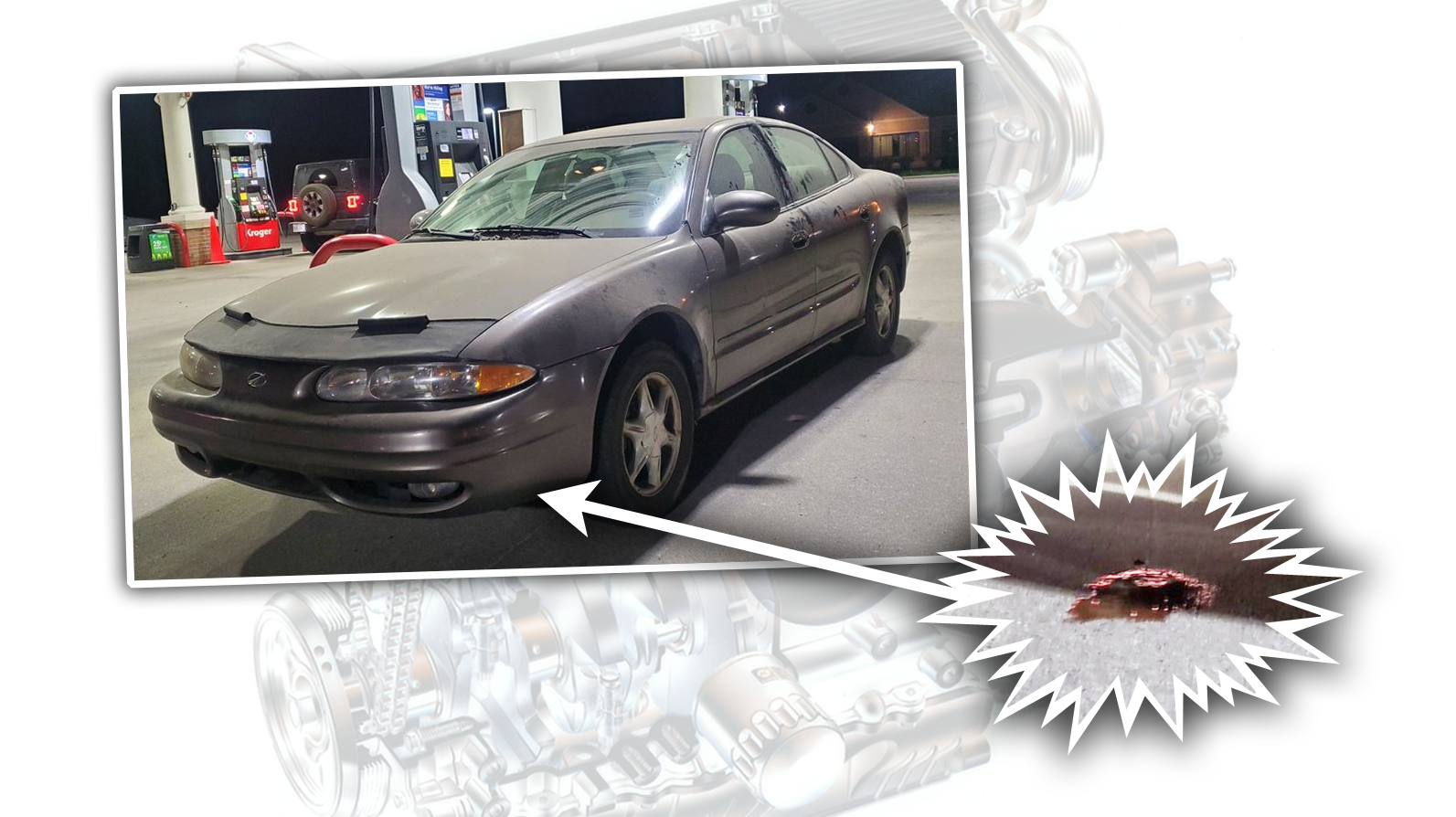 It seemed like a nice gesture at the time. My landlord had just totaled his 2003 Kia Rio and needed something to get around in. I’d just revived a broken 2001 Oldsmobile Alero I’d bought for a $1 from a kind friend, with plans to trash the car as part of a video series. A simple trade seemed like the right thing. My landlord would get a nicely-running Olds, I’d get a running-but-totaled Kia to trash further, and everyone would be happy. Except me — five years later.

I’d just turned 26 when I made the trade with my landlords, a sweet couple that has been so accommodating to my automotive tomfoolery over the years. I’d just like to quote an old story I wrote back in 2017 titled “How The 2017 Ford Raptor Lowered My Neighbor’s Property Value,” because it really spells out how awesome my next-door neighbors/landlords are. To set the scene, I’d just received a text from the couple asking me to come to their house just days after I’d torn up my muddy backyard with a Ford Raptor. Upon arrival, a solitary chair sat in the center of the living room, and I was asked to take a seat. Here’s the rest:

My other landlord (the husband) then walked into the room, and the couple sat down to have what I could tell was definitely going to be a serious talk with me. “It’s about the backyard,” they said, confirming my fears.

My heart pounded in my chest. How long would I have to pack? What do I do about the vehicles that won’t move under their own power? How much will it cost to tow them all to my new house? How am I going to find another affordable place with a garage? All of these thoughts ran through my mind as sweat began to bead on my brow.

That’s when my landlord got to the point: “After talking it over, we’re going to need you to take that mudding you do in your backyard…over to our backyard.”

Not only does the sweet couple let me mud in the yard, but they regularly invite me over for some BOMB Biryani; plus, they seem to actually like the fact that I work on cars. “You are a REAL ENGINEER!” the husband tells me frequently when he walks by me wrenching on my latest shitbox in the driveway.

Anyway, I’m painting this picture because my great relationship with my landlords has led me to basically be their pro-bono mechanic. I’m happy to do it, since they’ve been so nice to me, and because they haven’t jacked up rent since I started living here in 2015. Still, that won’t stop me from complaining about this situation to you, dear readers. I need someone to complain to, after all.

The first few months after the Olds-for-totaled-Kia trade, things were going okay. The Kia completely gave up the ghost in a huge mudpit in my backyard, leading my neighbor to literally call me an “animal” to my face, but the Oldsmobile was running well, and my landlords were enjoying the sweet song from GM’s Twin-Cam inline-four (a derivative of the legendary Quad 4 that I wrote a long deep-dive on a few years back). The car got 30 MPG highway, pretty much everything worked (power windows, locks, possibly even the AC), and the ride was quiet and smooth. 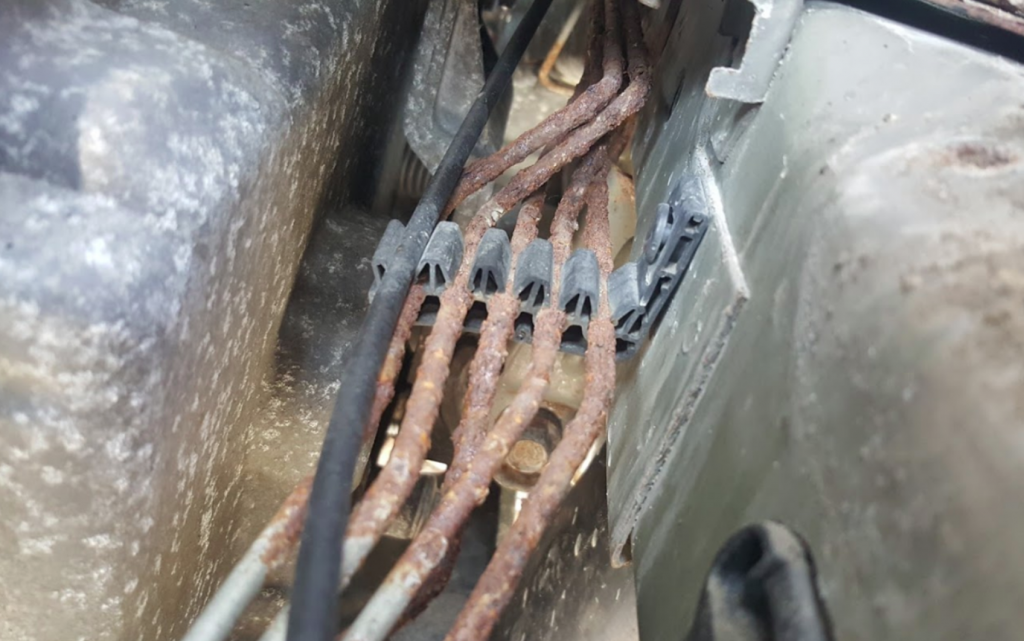 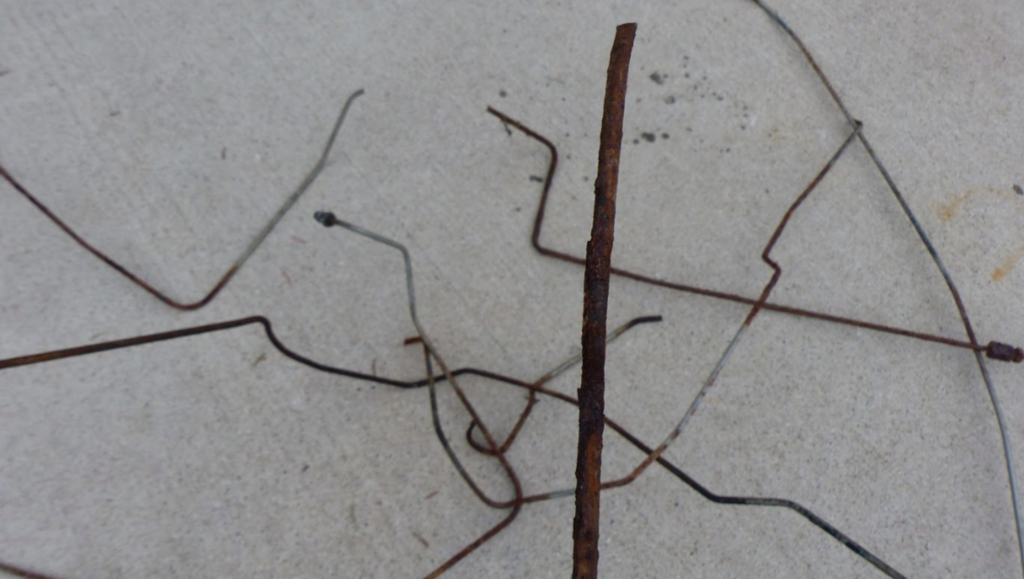 Then, just a few months into the Oldsmobile-Landlord honeymoon, the husband knocked on my door to tell me his brakes had gone out. Relieved that nobody had been hurt, I told him I’d take care of it. After over a month of waiting, my Landlord told me he was tired of being carless, so I got things into gear and conducted an absolutely miserable brake line-replacement job (see above). It involved cutting and yanking out yards of brown, rotted brake line, and carefully trying to snake new line under the car. It sucked. 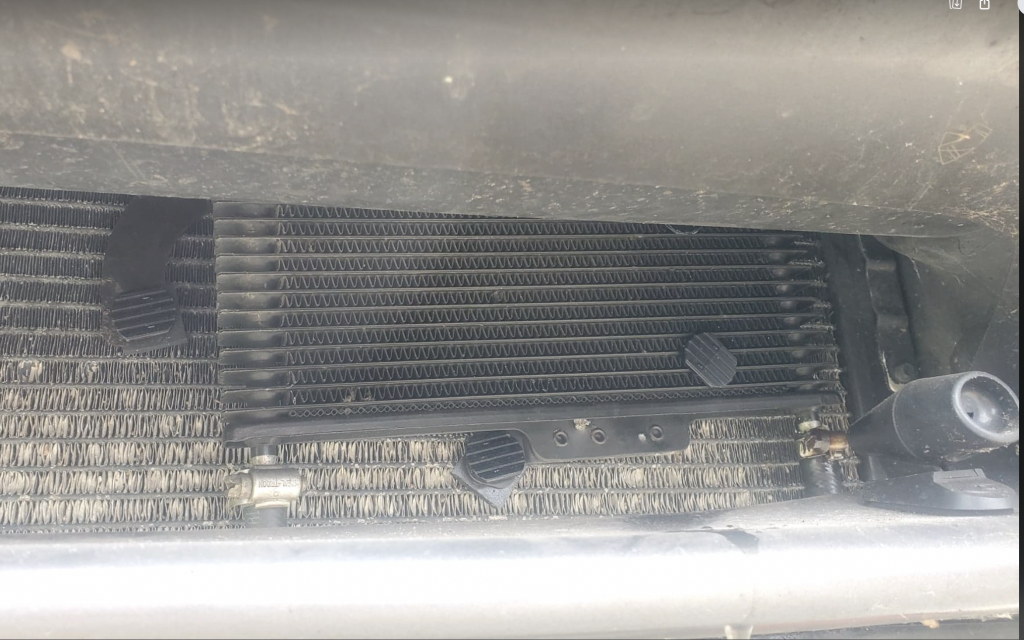 There were also some electrical issues along the line that required me to replace the car’s entire interior fuse box. But, for the most part, I hadn’t heard a thing about that Oldsmobile in at least three years. Until yesterday. 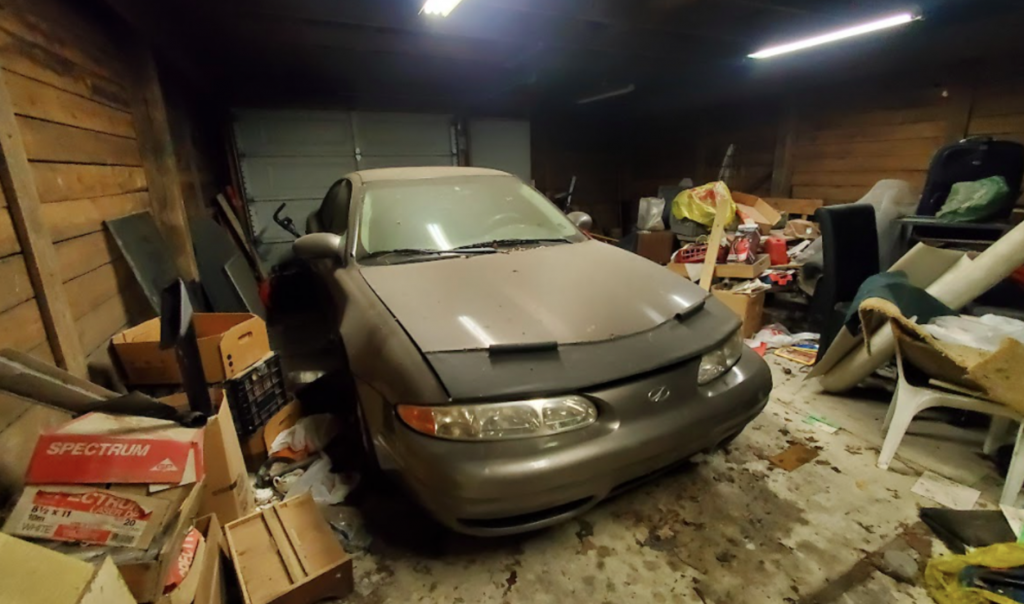 It turns out, the car has been sitting in a garage for years. My landlord had let it sit, and the battery was now dead. Given that my landlord literally came to my house yesterday with an Air Conditioning Recharge bottle and asked me why it wouldn’t inflate his lawnmower’s tire — and then he came back with a grease gun to ask me the same (no, I’m not joking) — I recognized that even something as simple as a drained battery was beyond his wrenching experience.

He asked me to mend his car, so I went over to the garage, installed a new battery, topped off the coolant, and fired the motor up. I have to say — there’s just something fantastic about firing up an engine for the first time:

The engine sounded great, and all systems seemed good to go. Popping the vehicle into reverse didn’t yield the driveline jolt I was expecting, and the vehicle wasn’t creeping forward via its torque converter, but I figured the transmission fluid still needed to get pumping, plus the brakes were a bit rusty/maybe locked up. 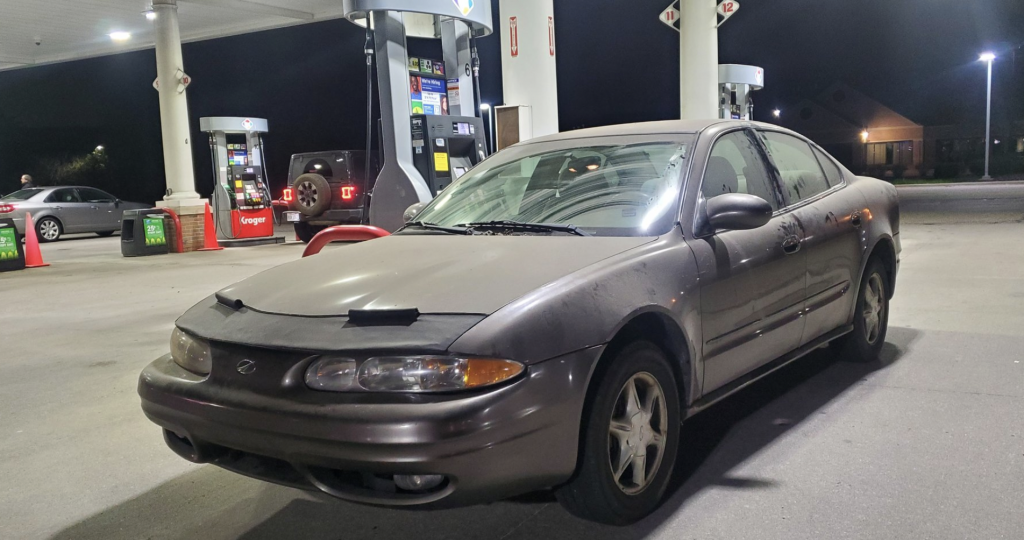 I pumped up the J-body GM’s tires, then took the thing around the block. It drove great, except from a stop, when it would shudder and sometimes even stall out the engine. Looking at the fuel gauge, I saw just a quarter tank of probably three year-old gasoline, so I topped the Olds up.

With new gas in the engine, the four-cylinder motor sounded the same — which is to say, really good for a 170,000 mile mill in a rusted-out $1 Oldsmobile that’s been long-neglected. Unfortunately, the car still shook and stalled when taking off from a stoplight. I’d experienced this type of thing before, and it’s almost always a low-transmission-fluid issue; the sweet smell of Dexron/Mercon III in the air led me towards the front of the vehicle, where I crouched down and discovered what I knew would be there: A fast drip from my transmission pan directly to the ground. 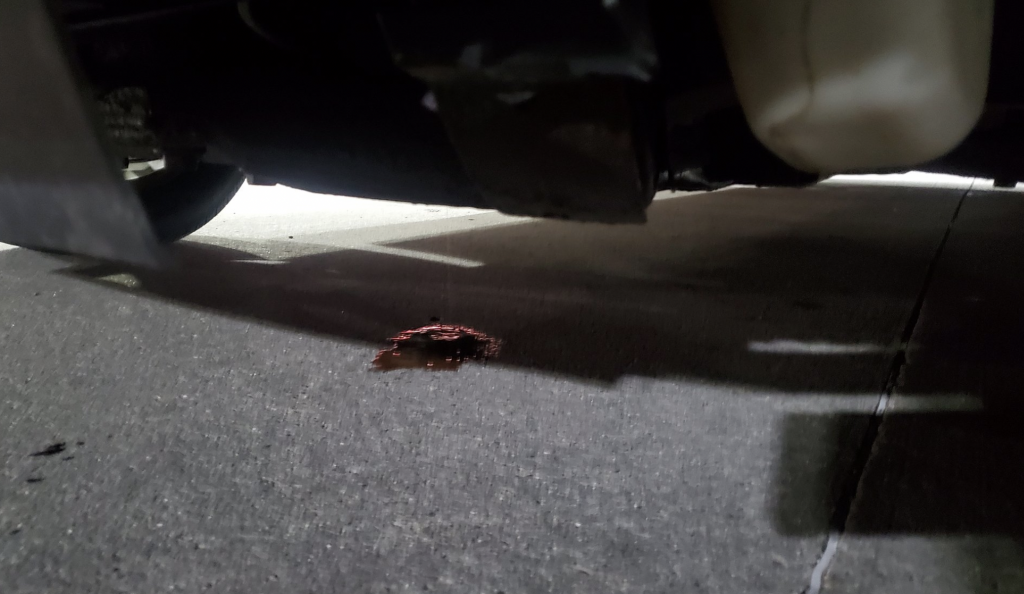 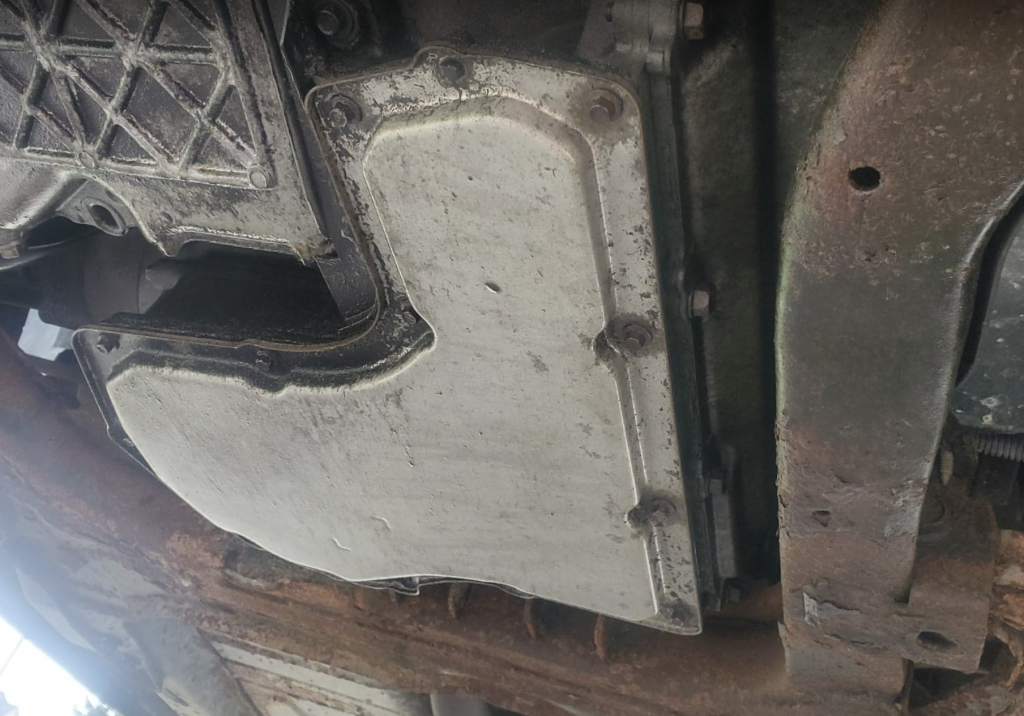 It’s just more bullshit from a car that I’ve been unable to get rid of in five years. 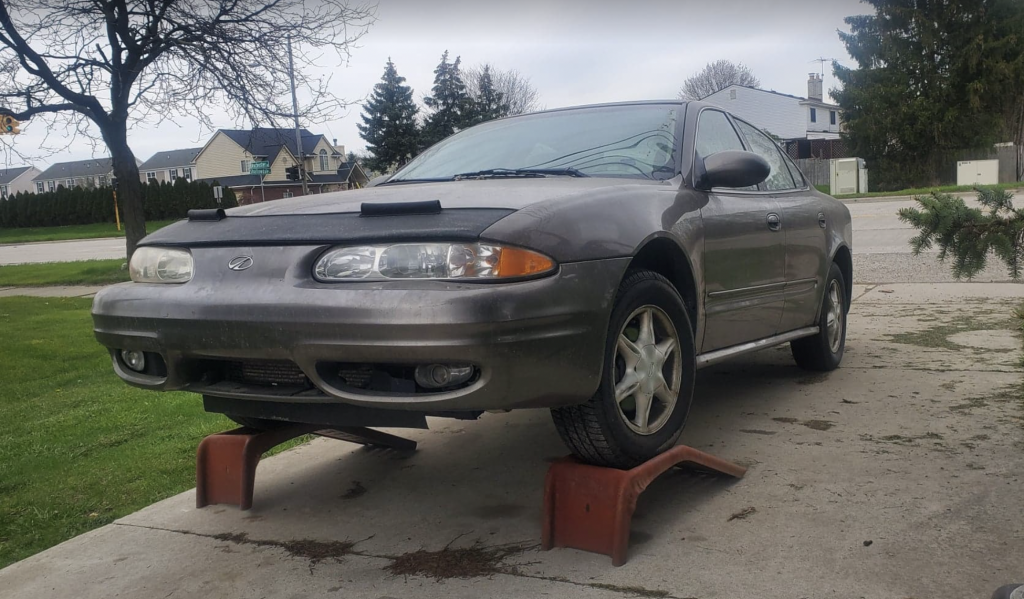 Rust-loving Jeep man, cofounder and EIC of The Autopian, Jason's friend. Email: david@autopian.com
Read All My Posts »
PrevPreviousAutomakers Have Refused To Design A Full-Length Tailgate But I Think That’s A Mistake
NextIn One Of The Most Ridiculous Chip Shortage Feature Removals To Date, BMW Ditches Apple CarPlay and Android AutoNext