If you’re curious about what Jeep is showing at the Detroit Auto Show, which is going on right now, the answer is: plug-in hybrids. In addition to expanding its Jeep Wrangler 4xe lineup to include the more basic “Willys” trim to act as the entry-level plug-in hybrid Wrangler, the Stellantis brand has announced that, roughly 30 years after the shattered glass-filled debut of the first-gen Grand Cherokee, a plug-in hybrid is coming.

I’m not going to lie: I don’t care much about the plug-in hybrid Jeep Grand Cherokee, nor do I really care that the Wrangler’s now going to offer a slightly cheaper-trim version of the plug-in hybrid that’s been available for a few years now. But these are both quite popular models, so I’m sure some of you are interested in buying an expensive Jeep that can drive 25-ish miles in all-EV mode. 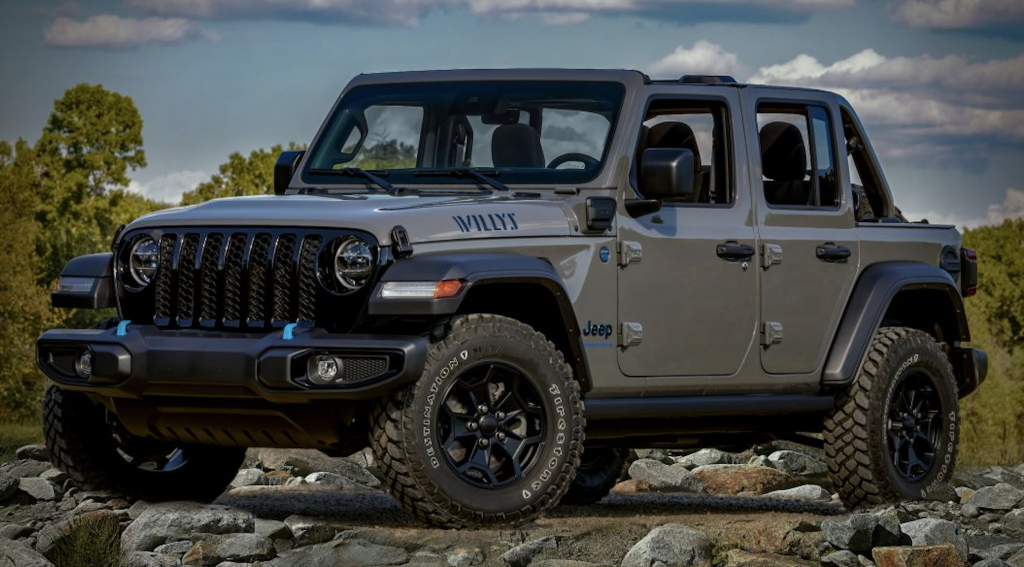 First, we’ll briefly talk about the Jeep Wrangler Willys 4xe: It’s basically  the new lowest-trim for the 4xe Wrangler, though it’s based on the Willys found in non-plug-in hybrid vehicles up to this point (Rubicon 4xe, High Altitude 4xe, and Sahara 4xe were the only plug-in hybrid Wranglers that Jeep offered before). With a 2.0-liter turbocharged “Hurricane” inline-four, along with two electric motors (one on the accessory drive and one in the transmission), the Jeep makes up to 375 horsepower and 470 lb-ft of torque. And with a 400-volt, 17-kWh battery pack, it offers 21 miles of fully-electric range is possible, per EPA estimates.

Though it’s now a new lowest-trim plug-in hybrid Wrangler, the Willys 4xe (which I assume comes only as a four-door) still comes in at an MSRP of $53,995. So it ain’t exactly cheap, even if it’s the base model 4xe. 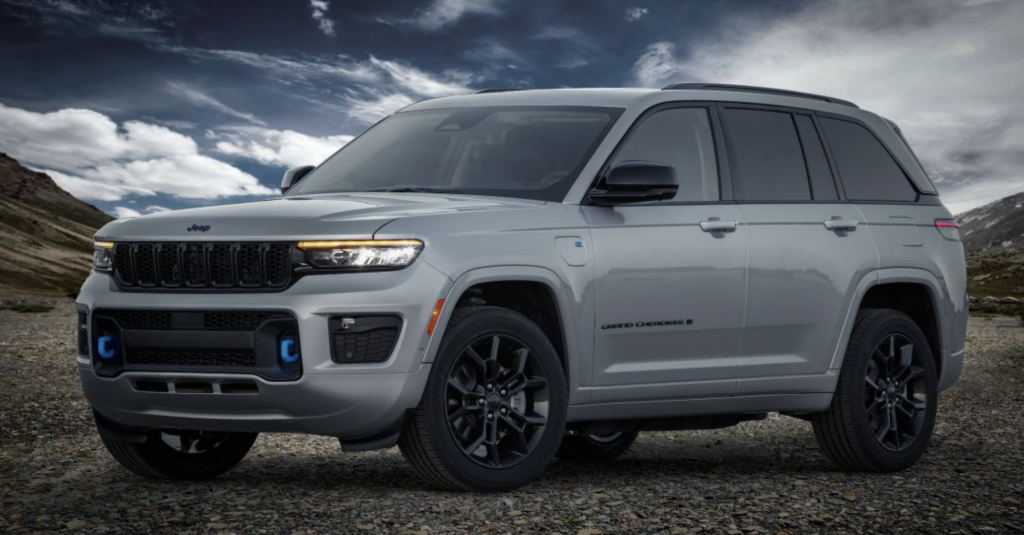 The Grand Cherokee 4xe is the very first electrified Jeep Grand Cherokee, which is exciting. Like the Jeep Wrangler, horsepower is 375 and max torque is 470 lb-ft. Similar to the Wrangler, range isn’t amazing, at 25 estimated fully-electric miles driven per charge. Jeep doesn’t have a price for a 4xe Grand Cherokee, but it does say that the 30th Anniversary Edition package — which includes the plug-in hybrid powertrain — costs $4,700.

I know we already alluded to this early today, but I think now is a great time to quickly peek back at the Jeep Grand Cherokee’s 1992 debut. The vehicle was a larger-than-life machine — essentially a Jeep Cherokee XJ, but made bigger and more comfortable thanks to a coil-sprung rear axle and absurdly cushy seats, and styled in a way that was quite fashionable in the early 1990s. It shot itself into the marketplace, and into our hearts, on that fateful January day when Maximum Bob Lutz drove a ZJ Grand Cherokee through a glass window and into the Detroit Auto Show’s Cobo Center.

I’ve heard so many rumors about this from a friend from my engineering days at Chrysler. He claims the Jeep was a coveted five-speed stick-shift (like my own); that the Jeep had impacted part of the staircase to the auto show, leading Chrysler to alter a stair and/or add a slight lift to the Jeep; and that the glass was actually real since the fake stuff had broken in-transit. I don’t know that I believe any of these are true, but they’re fun rumors from Chrysler oldtimers. Lutz actually wrote about this moment on Road & Track, so if you want a real account of what went down, definitely read that.

It’s amazing how much the Grand Cherokee has changed over time. From a dual-solid axle off-roader to a fully-independent plug-in hybrid, the vehicle has taken a technological 180 in the last 30 years, and yet, in the grand scheme of the car market, it still holds the same position: It’s a decent luxury SUV, found in large quantities in nice suburban neighborhoods. The Grand Cherokee has never been a crappy machine (when new); pretty much every generation launched to positive reviews, and that’s impressive for a 30 year-run.

Here are a few photos from the Detroit Auto Show floor, courtesy of Mercedes Streeter: 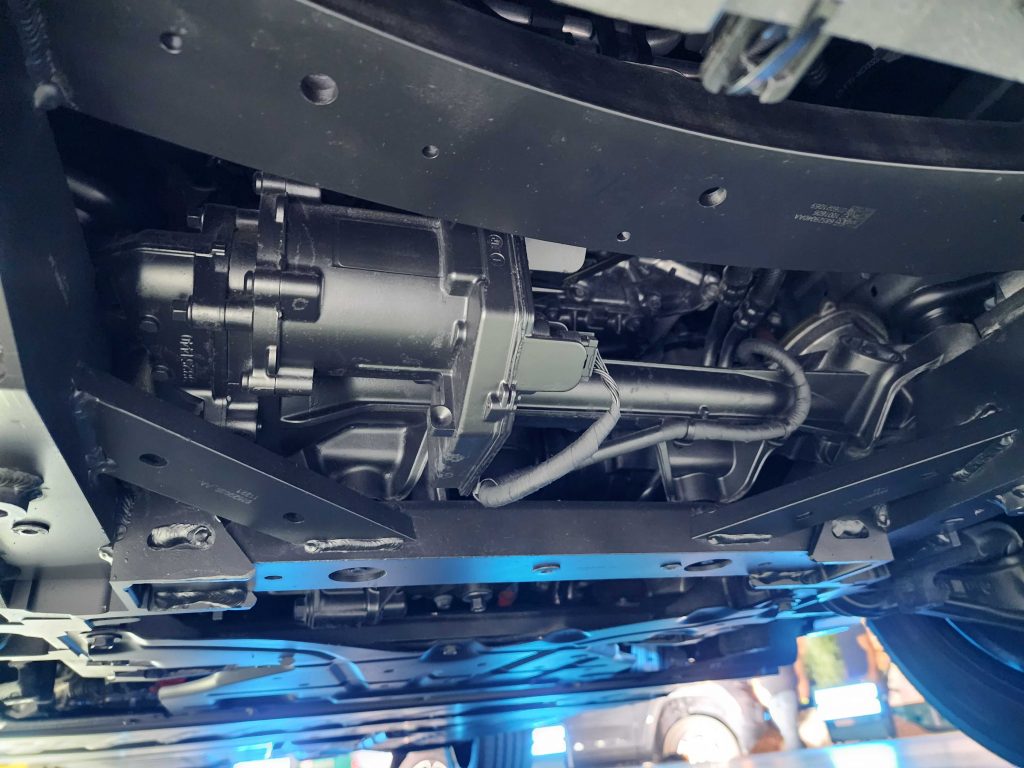 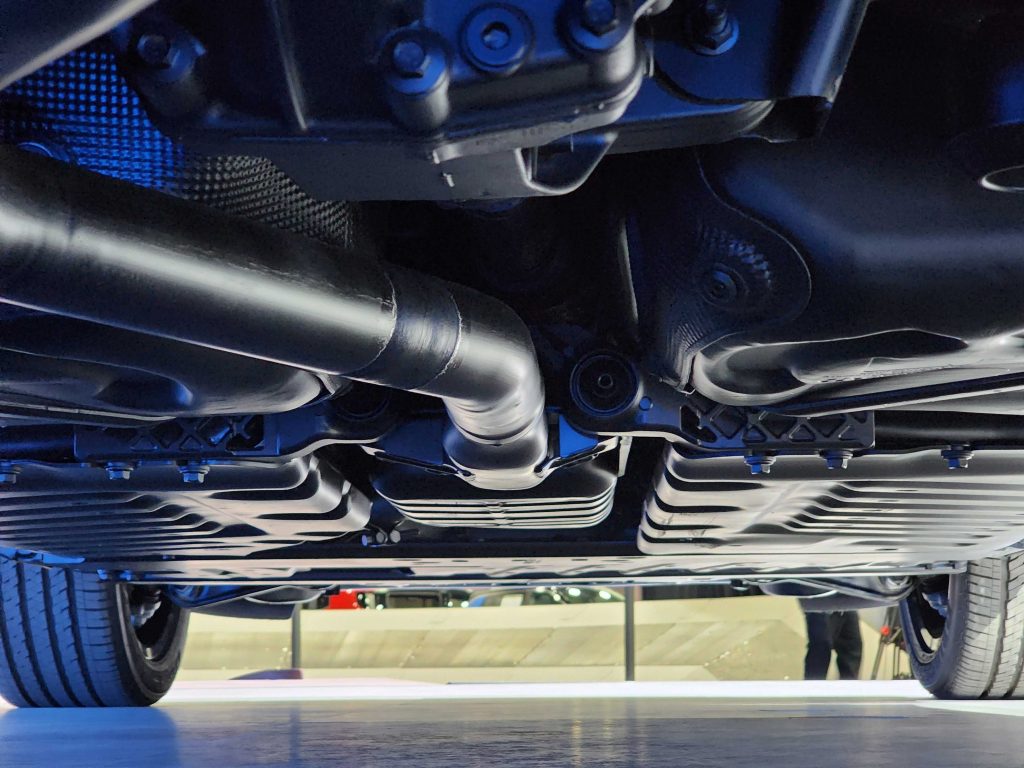 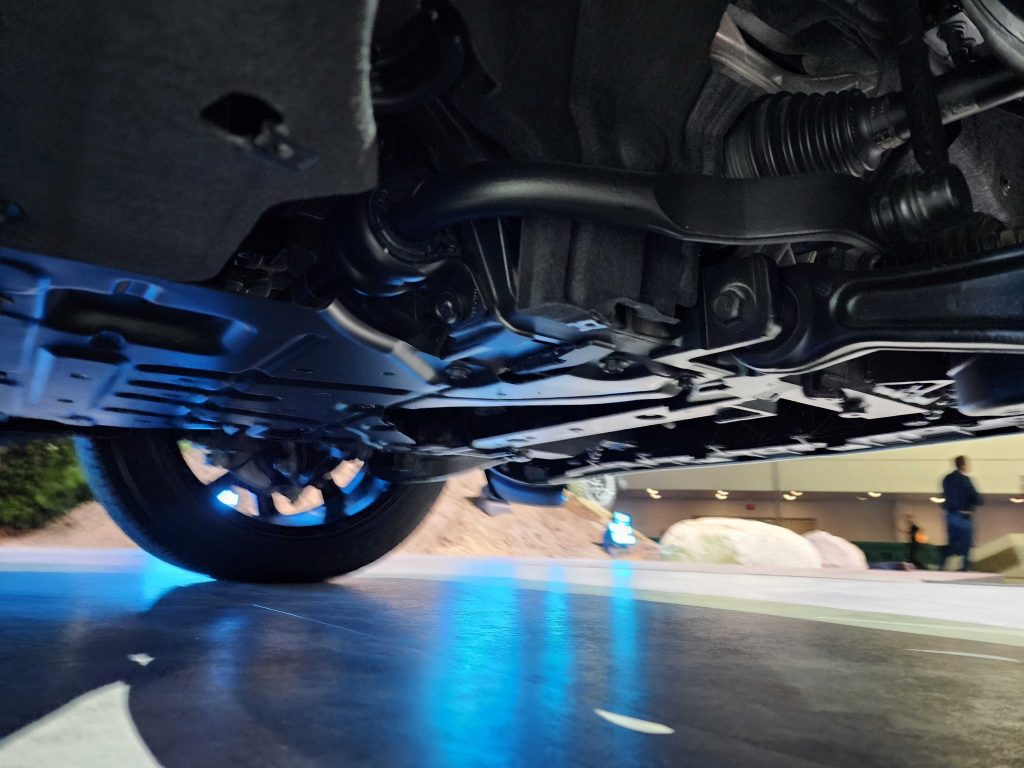 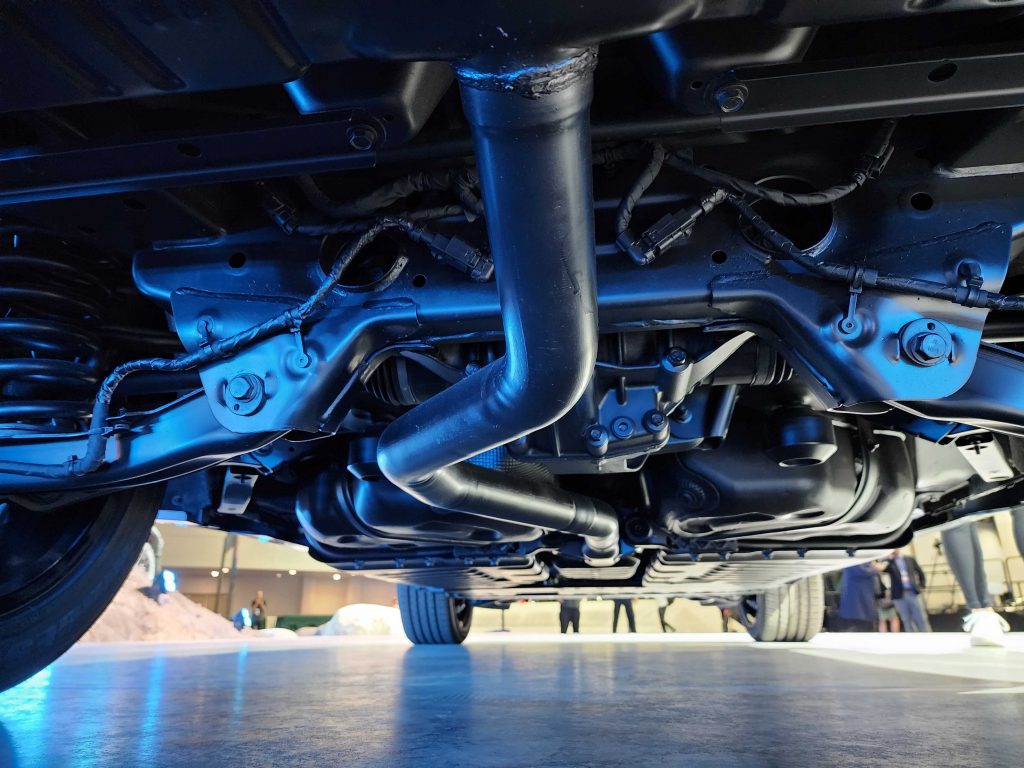 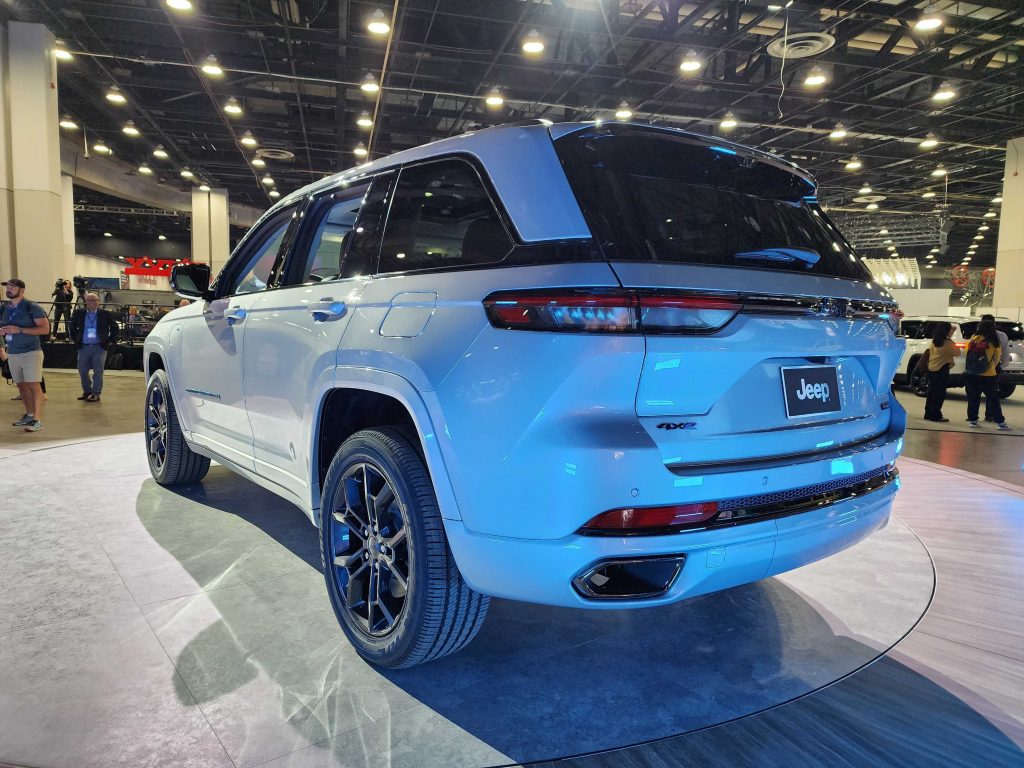 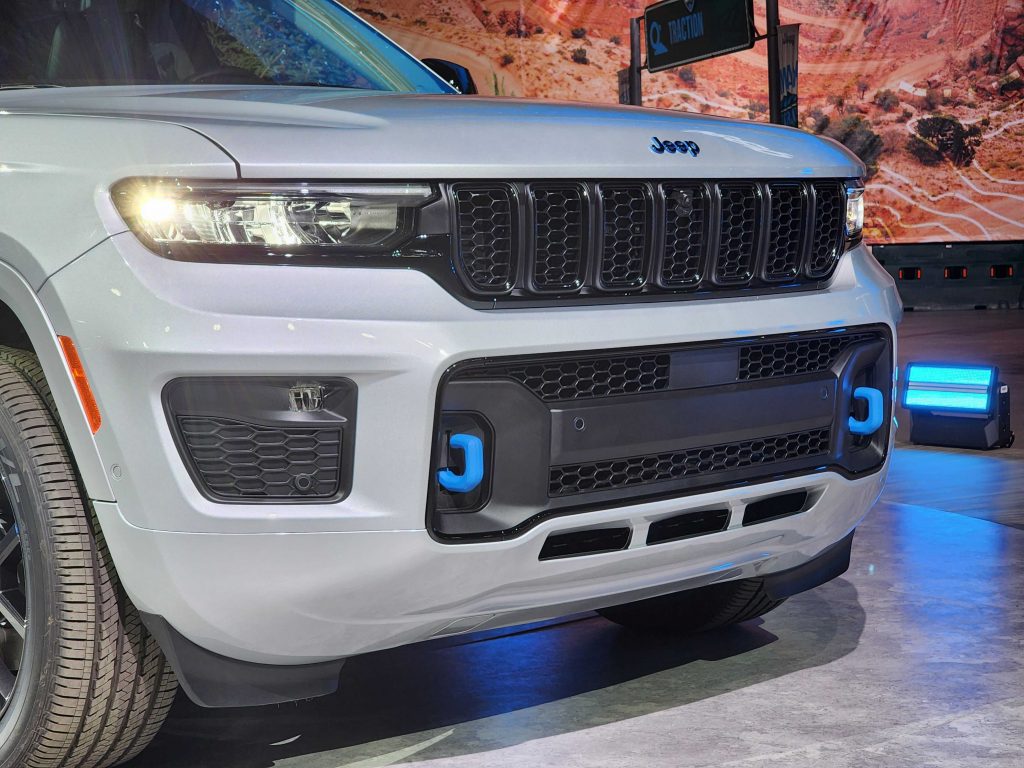 All other photos: Jeep

Rust-loving Jeep man, cofounder and EIC of The Autopian, Jason's friend. Email: david@autopian.com
Read All My Posts »
PrevPreviousWatch President Joe Biden’s Face When He Starts Up A New Corvette
NextAutel’s 480 kW Charger Claims To Add 250 Miles To An EV In Just 10 MInutesNext