Good morning! Today on Shitbox Showdown, we’re going to spice things up a bit with a little role-playing. No, don’t worry; there are no schoolgirl costumes involved or anything. I’m just going to give you a use-case scenario for these two vehicles, and you have to decide which is better suited for that use.

First, however, let’s see where you were willing to compromise:

Looks like you chose bros over Broughams. In my younger days, I probably would have agreed, but as I get older, I value comfort and originality more and more in cars, so given the choice between these two, call me the Omegaman.

Now then: Imagine, if you will, that you are a member of an international gang of jewel thieves. You’re in the planning stages of a daring, broad-daylight, Hollywood-style heist. Your target: the fabled “Hopkirk Diamond,” a two-hundred-carat stone with a naturally-occurring inclusion in it in the shape of a 1964 Mini shift pattern. The diamond is on display for two days only at the Petersen Auto Museum in Los Angeles, and you’re going to steal it. You have been tasked with finding the perfect getaway car: something inconspicuous, capable of carrying your merry band of six thieves, and most of all, cheap, because they said the getaway car has to come out of your cut, on account of “the whole Dubai thing,” which you still maintain wasn’t your fault, but whatever. You’ve narrowed it down to these two choices… 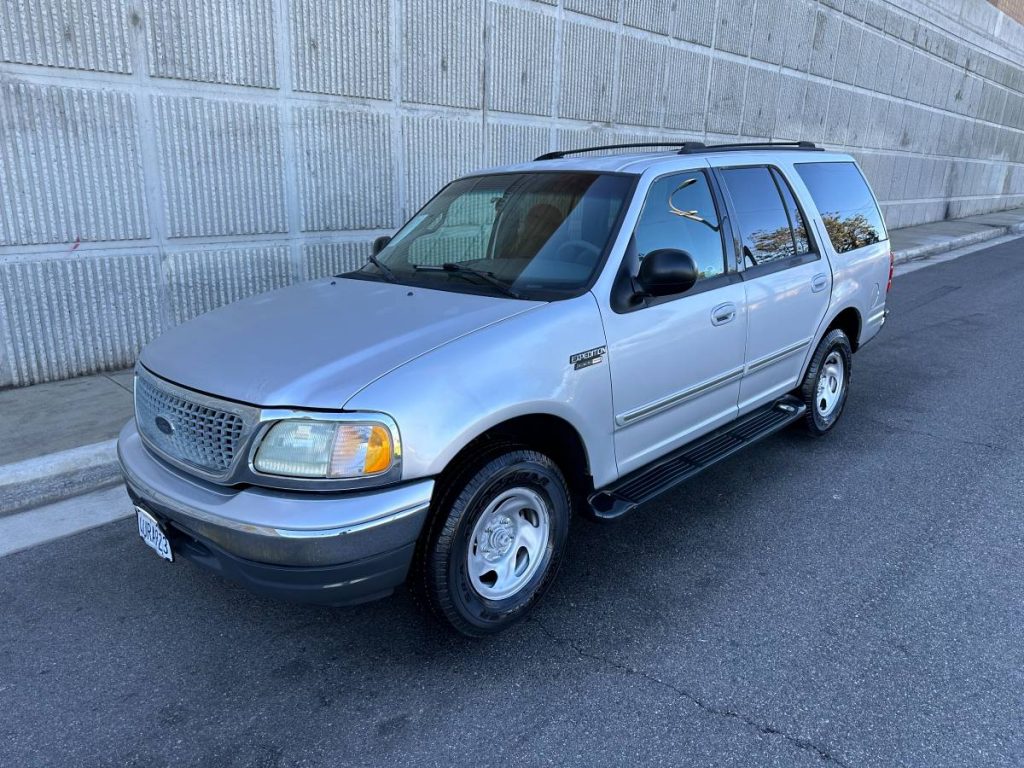 Ford’s answer to the Chevy/GMC Suburban was rather late to the party; it didn’t come along until 1997, after the Suburban had been around for several generations. Based on the controversial (around these parts) tenth-generation F-series, the Expedition took Ford’s popular Explorer and super-sized it. With V8 power, three rows of seats, and all sorts of creature comforts, the Expedition became a fixture in mall parking lots in short order. 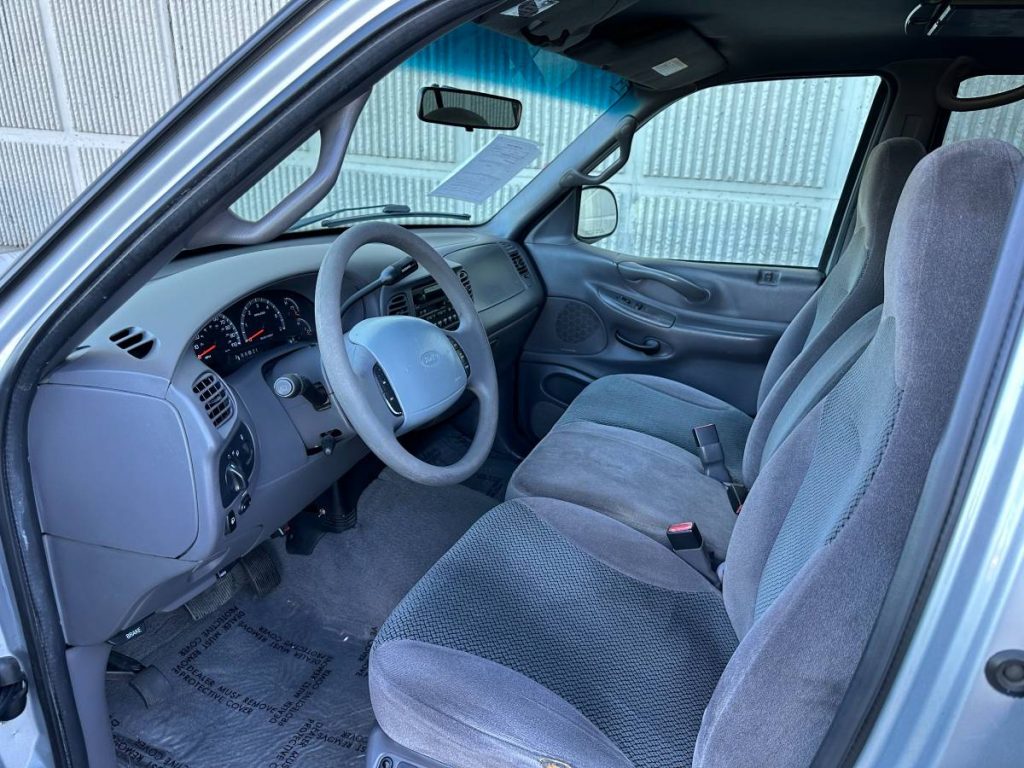 That ubiquity makes it well-suited to our purposes, especially in a color I’m pretty sure is called Invisible Silver. This Expedition is a bit on the old side now, and might draw some attention in the Rust Belt, but in sunny Los Angeles, there are plenty of twenty-year-old SUVs still running around. Nobody will notice one more idling in a parking spot on Fairfax Avenue on a weekday morning. 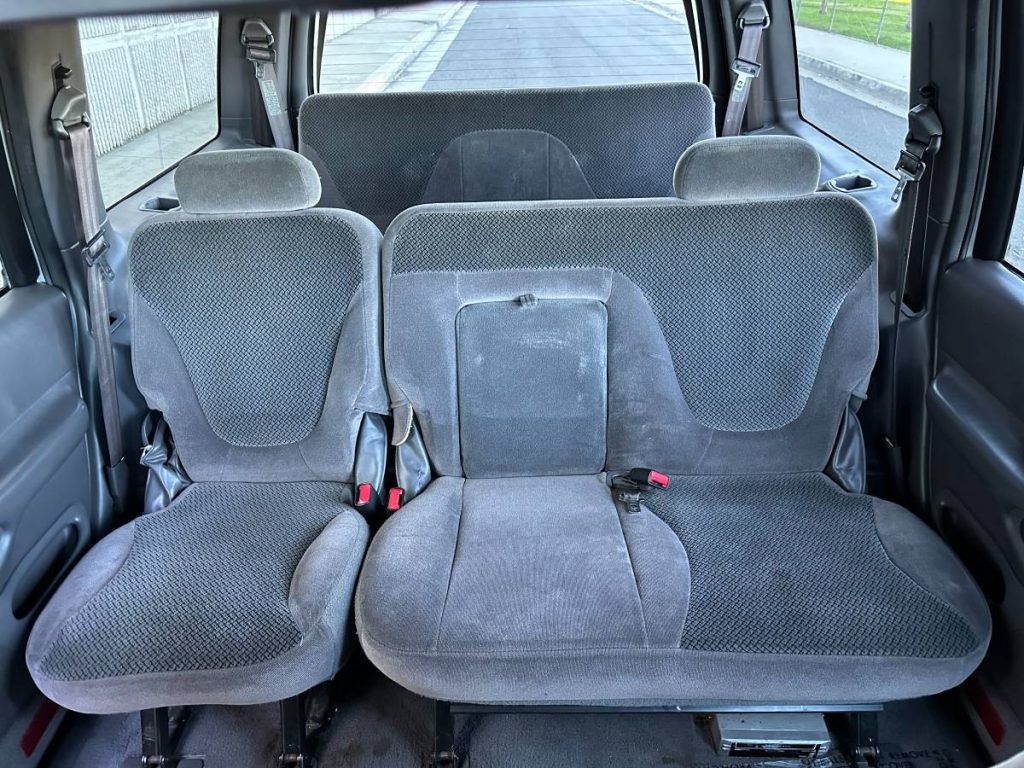 It’s also got plenty of room for the whole crew, even Tiny, the three-hundred-pound Samoan demolitions expert, and all the gear you’ll need for your caper. The 4.6 liter Triton V8 isn’t a massive powerhouse, but it should be enough to get you to safety if things go pear-shaped. Normally, you might worry about the longevity of the transmission, but it only has to get you to a storage facility outside of Ontario Airport, so as long as it doesn’t currently slip, you’re probably fine. 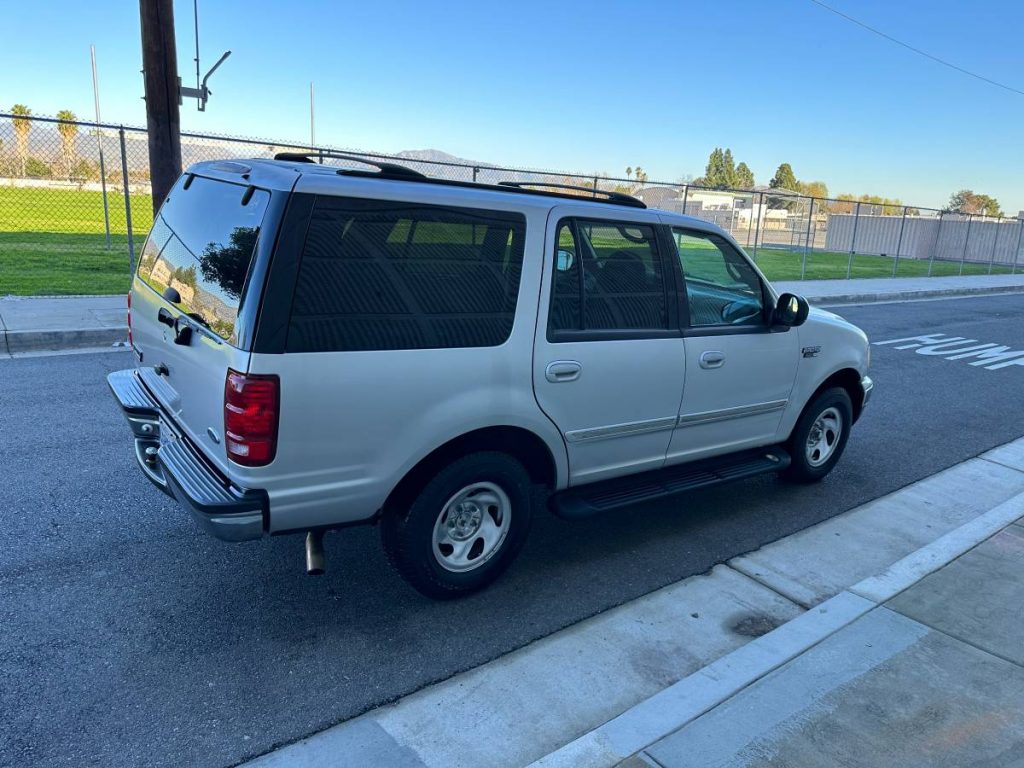 You might be able to talk them down a little on the price as well, since this Expedition is only two-wheel-drive. Which means, if you do draw some heat and need to get away, best to keep it on the pavement. 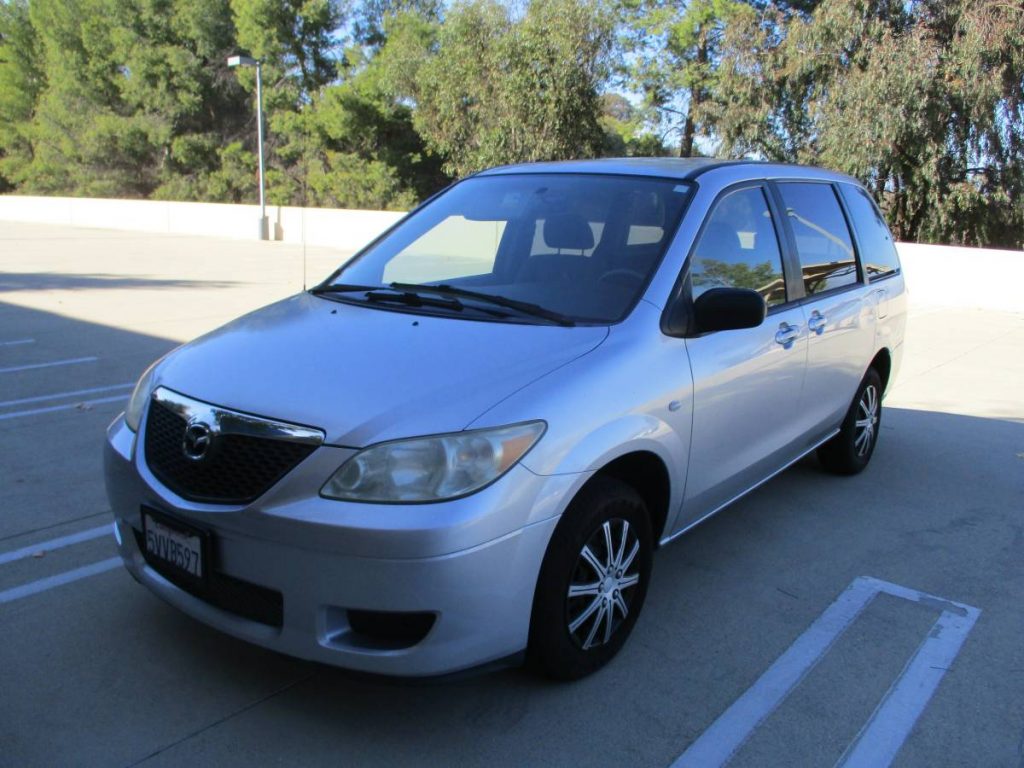 If a big SUV doesn’t quite do it for you, how about a minivan? Nobody looks twice at them, they’re a little easier to drive than a big lumbering brute, and the sliding doors make for a quick entry and exit. Mazda’s second-generation MPV might not be the first name you think of when someone says “minivan,” but it’s a good one. 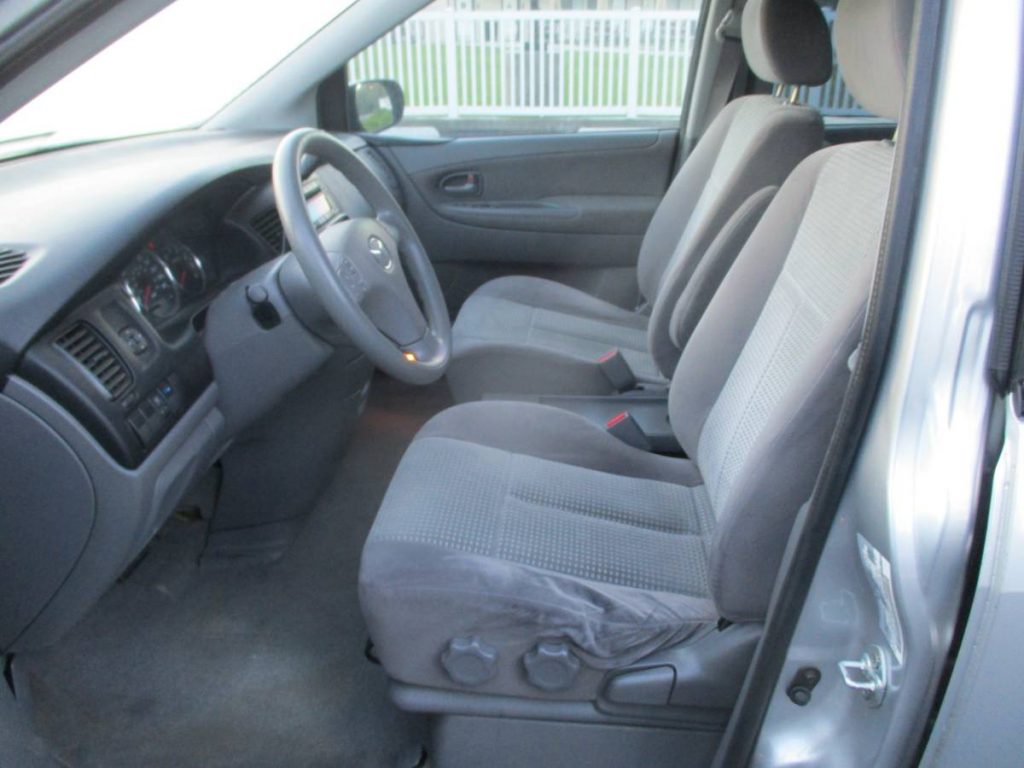 It’s a comfy place to wait and trade sexually-charged banter with Lily, the femme fatale whose job it was to seduce a museum guard to get the codes to the diamond’s display case. (Obviously, she can’t go in; her cover’s blown, so she has to wait in the van with you.) When it comes time to go, a 200 horsepower three-liter V6 will whisk you all away, blending seamlessly and invisibly into LA traffic. Or at least, that’s the hope, but you know how these things turn out. 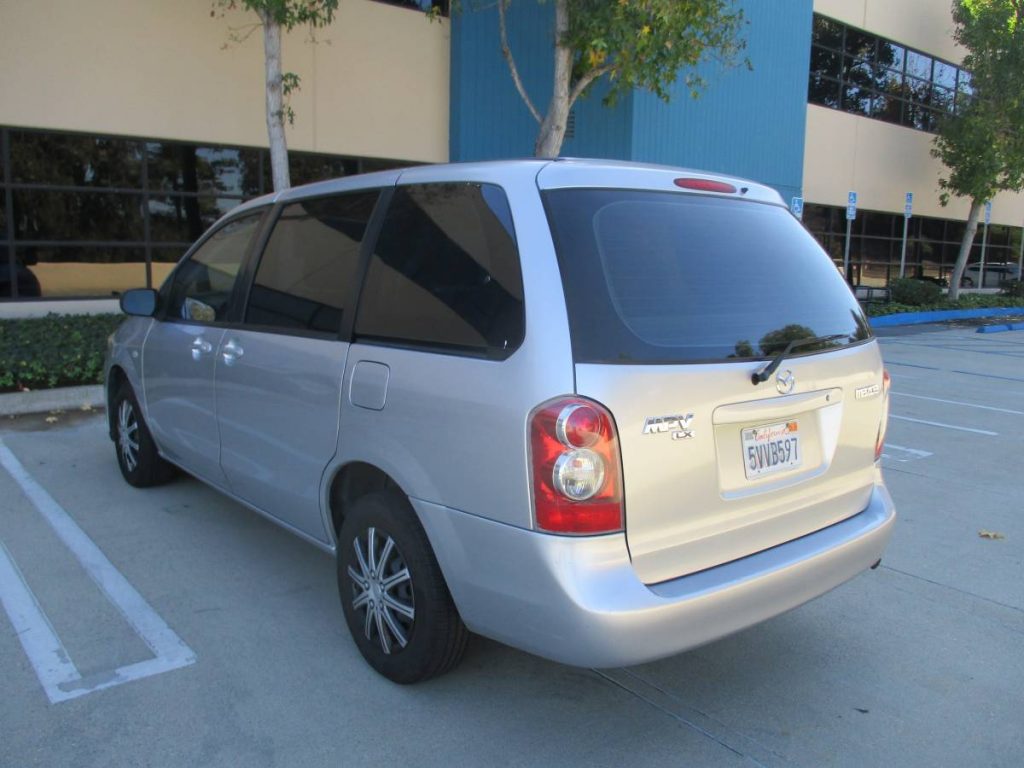 Really, this van is almost too nice to ditch at the airport, or wreck in a high-speed chase. At only 88,000 miles, it’s got a lot of trips to soccer practice left in it. But maybe it’s tired of its humdrum life, and dreams of going out in a blaze of glory.

[Editor’s Note: I’m torn on if I feel like the Altezza-type taillights (which seem to be stock!) are going to help or hurt. I guess if Lily likes them, it’s fine. – JT] 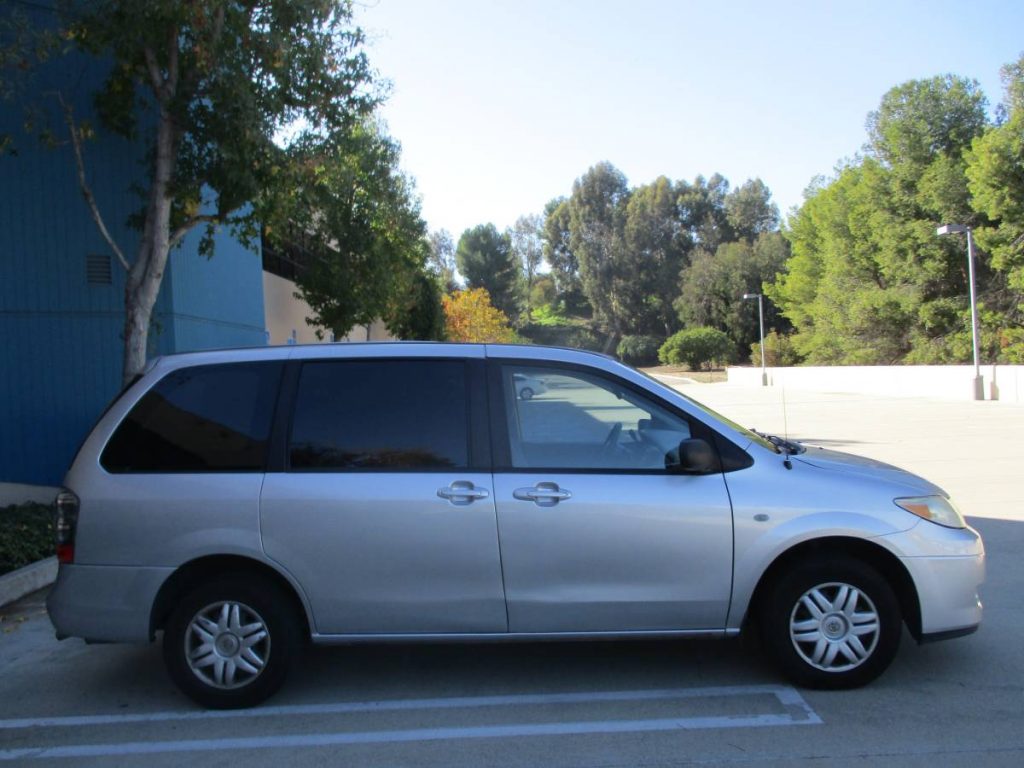 This particular van has another thing going for it when it comes to hiding in plain sight: mismatched hubcaps left and right. Makes it harder for the cops to positively identify it, when it looks different depending on which direction it’s going.

Obviously, crime doesn’t pay, and we here at the Autopian would never suggest that you come up with an intricate plan to steal a priceless fictional diamond from a famous automotive museum. But if you were already planning to do so, we’re not here to judge. But we do have a couple of recommendations for your getaway car. Which one will it be?