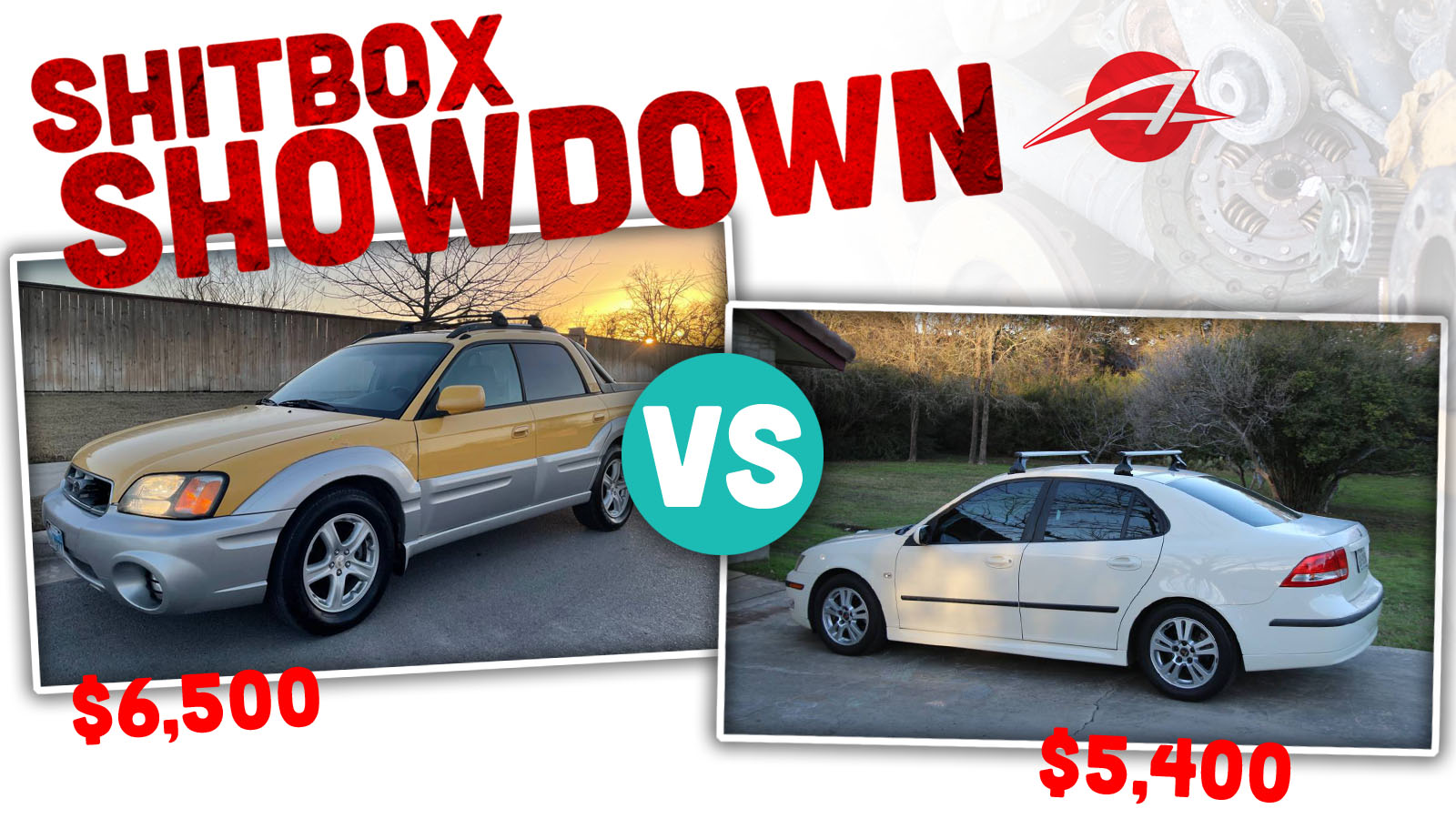 Good morning, Autopians, and happy Friday! Today’s Shitbox Showdown takes us deep in the heart of Texas, and just a little bit outside our normal price range, to look at a pair of seldom-seen stickshifts.

But first, let’s see what you made of our Iowa pickups:

I’m not surprised. That 300 six/manual combo is a winning formula every time I put one up. I’m a little torn on this choice myself; I’m a Chevy guy when it comes to trucks, but my own Chevy truck is a full-size with a four-speed stick, so I see the appeal there. I guess if I had to replace my truck, and these were my options, I’d probably go Ford as well.

All right. Today’s cars are, well, weird. Which is fitting, because they’re both for sale in the Austin, Texas area. Both are manuals, both are in reasonably good shape, and neither one is anything like a common sight on the road. Let’s take a look. 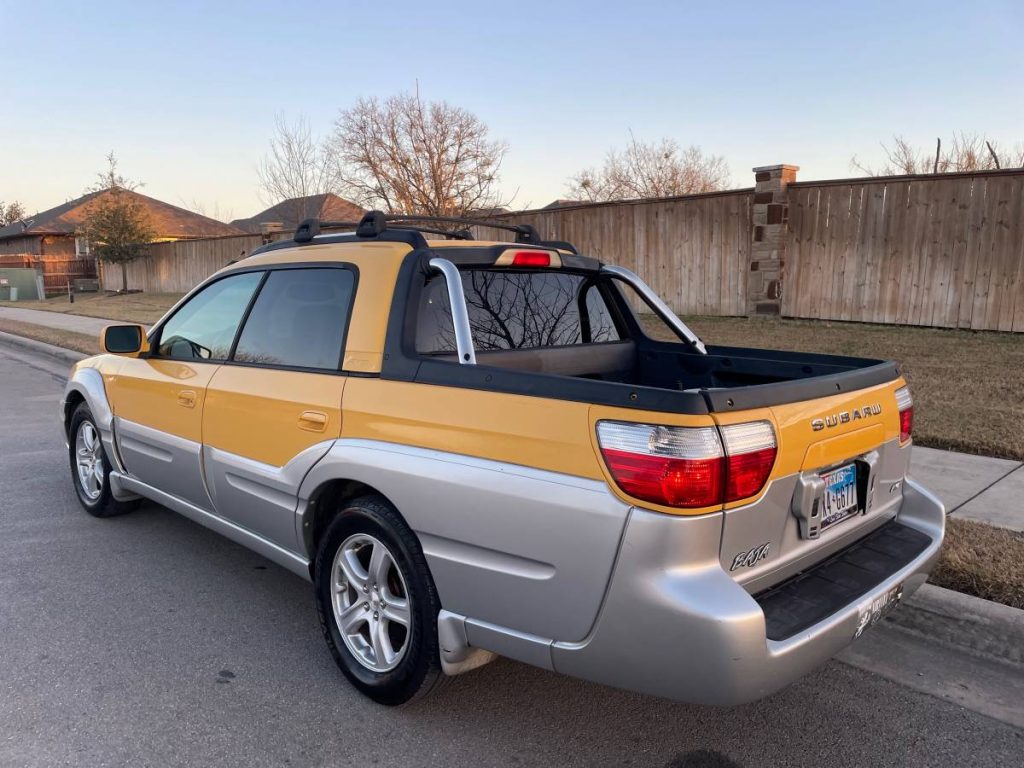 Subaru’s second attempt at a ute/pickup wasn’t exactly a hit. Based on the Outback wagon, the Baja was a cool idea that everybody kinda liked, but nobody bought. Subaru only sold about 30,000 of them. And I think most of them were yellow. In fact, I’m not entirely sure I’ve ever seen one in another color. 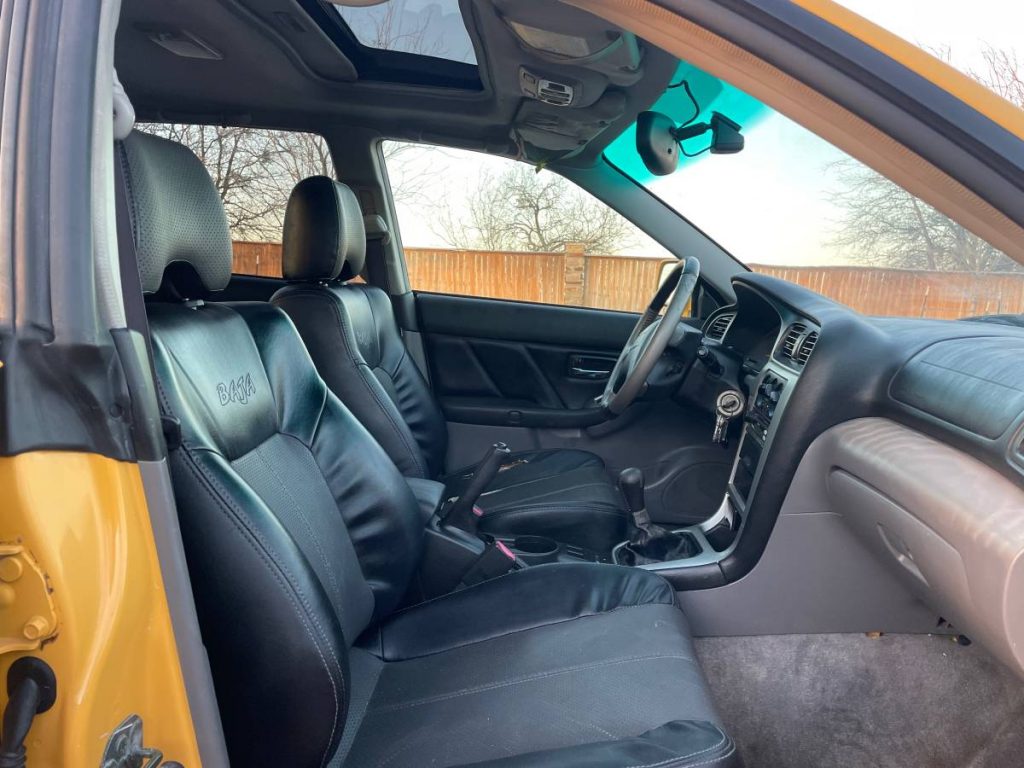 Subaru’s earlier pickup, the BRAT, famously had four seats, two of them in the bed, facing backwards. Why? Because if it had four seats, it was a passenger car instead of a light truck, and therefore avoided the infamous “chicken tax.” The Baja avoided the chicken tax by having four doors, and by being built in Indiana. It also has a pickup bed about half the size of the BRAT’s, limiting its usefulness as a truck, which might have accounted for its weak sales. 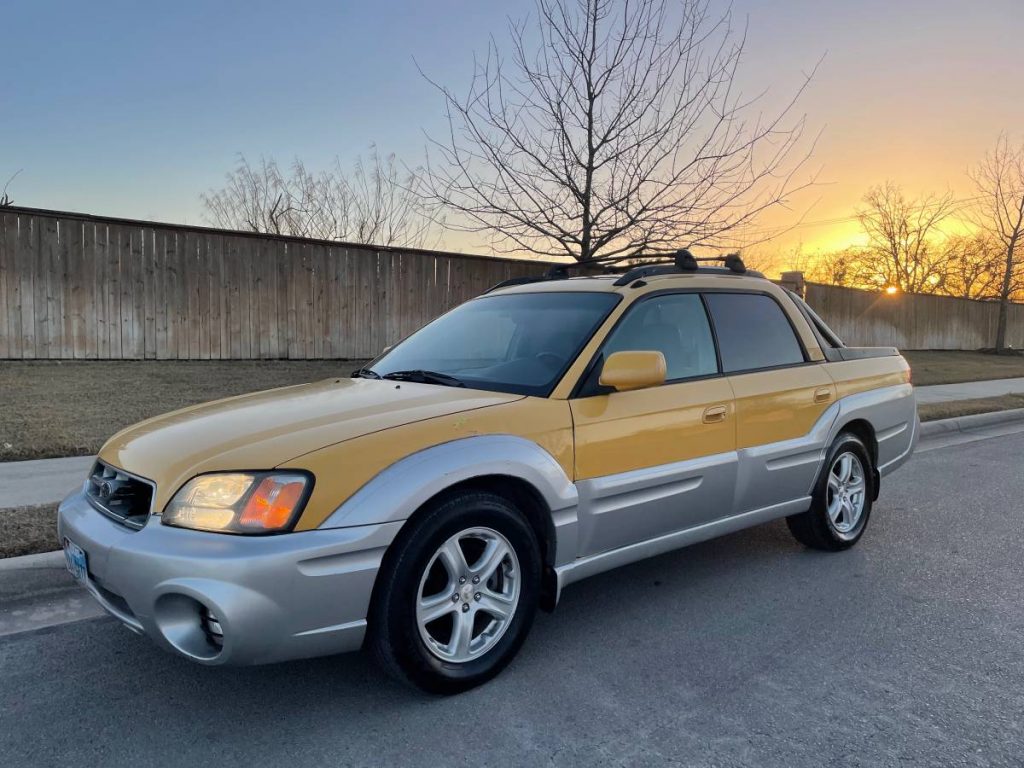 This first-year Baja is in decent shape, with just a few cosmetic blemishes. It is missing the skin on its fuel filler door, and there is a wrinkle on the left front fender. It looks like part of the grille might be missing too. It’s nice and clean inside, though, and the seller says it runs well. 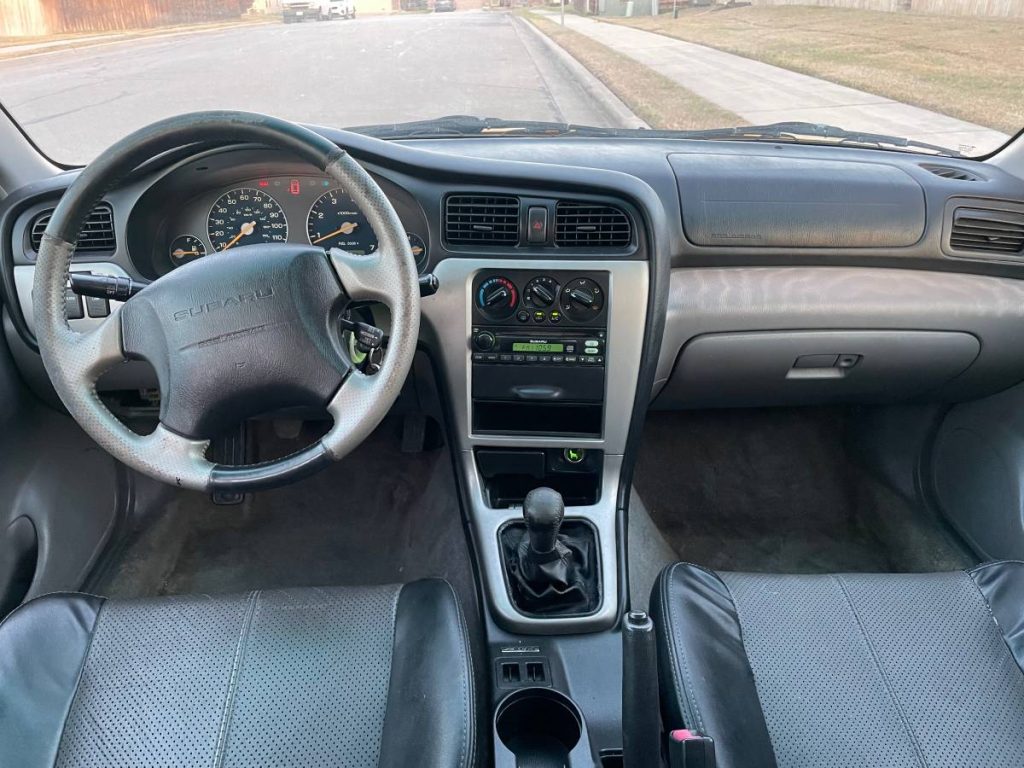 Like nearly all Subarus, the Baja is powered by a flat-four engine, this one displacing 2.5 liters, and driving all four wheels through a five speed manual gearbox. Despite the tough-guy stance, this is no off-road vehicle; like the Outback, it’s basically just a jacked-up car. I’ve often wondered why Subaru abandoned the idea of low-range 4WD, which they made available briefly in the ’80s. Would a little more off-road prowess have saved the Baja? We’ll never know. 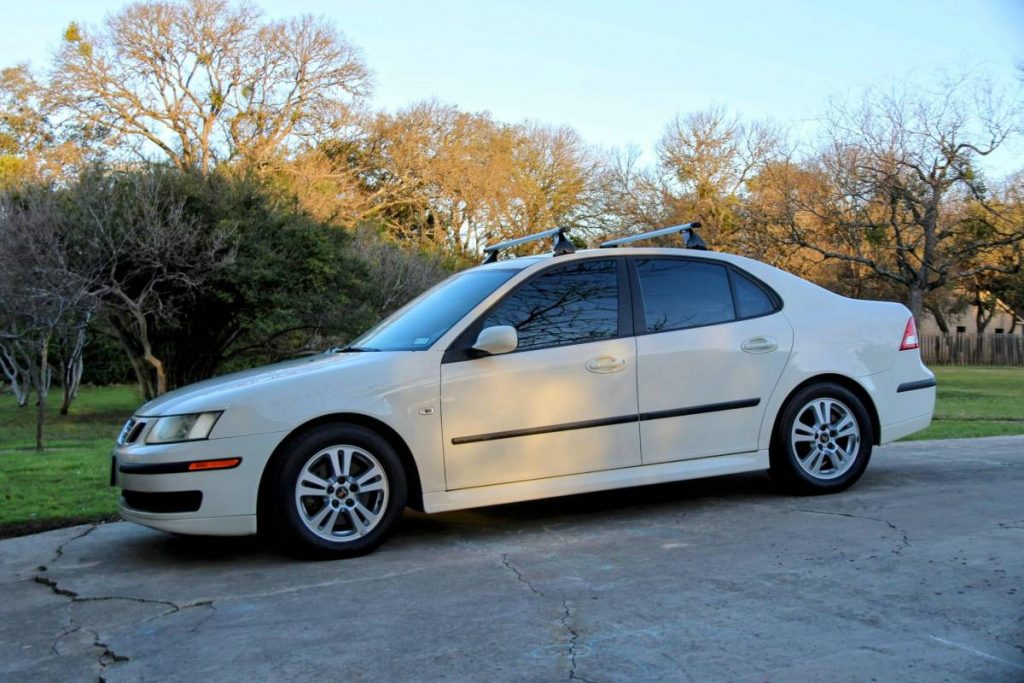 It’s no secret that we here at the Autopian are fans of Saab (I know, it’s SAAB, but it looks wrong). The Swedish airplane-maker-turned-automaker created some bizarre gems over the decades that appeal to our offbeat car sensibilities in a way few other marques do. Recently, our publisher, Matt Hardigree, seems to have caught a rather severe case of Saab Fever, and has been carpet-bombing the Autopian Slack channel with Craigslist and Facebook listings. So naturally, when I spotted this lovely snow-white 9-3 Turbo for sale, I had to feature it, just to enable his obsession a bit. 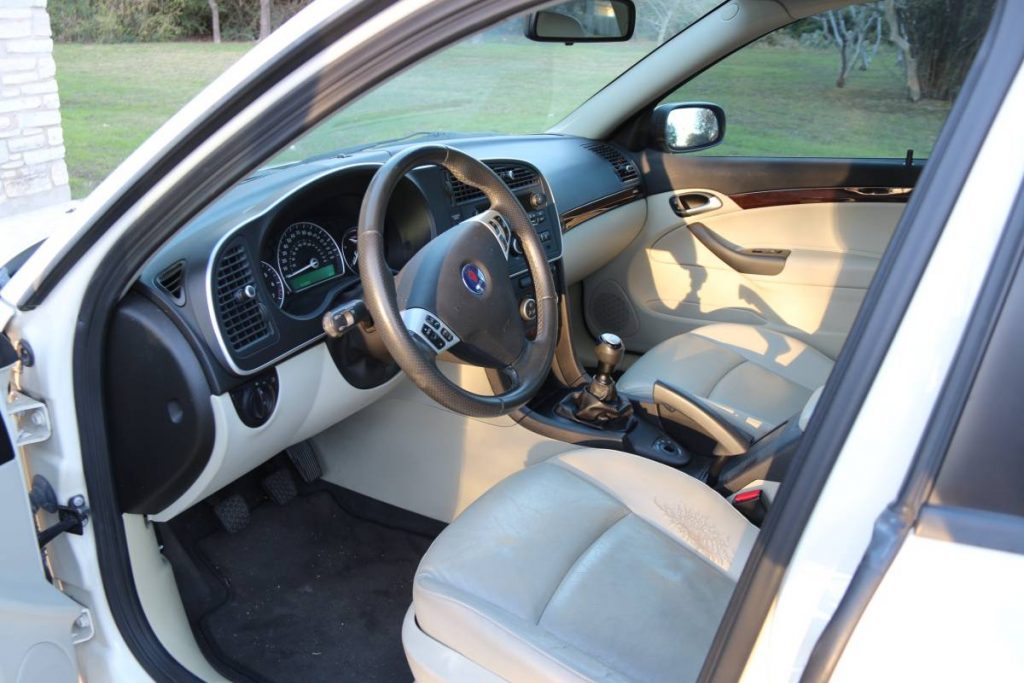 The second-generation 9-3, a continuation of the 99/900 lineage, is pretty in an understated way, and by all accounts an excellent car to drive. GM’s stewardship of Saab toned down some of the weirdness, though a few trademark touches remain, notably the ignition switch in the center console between the seats. Saab has always done excellent interiors, and this low-mileage 9-3 sure does look like a nice place to be. 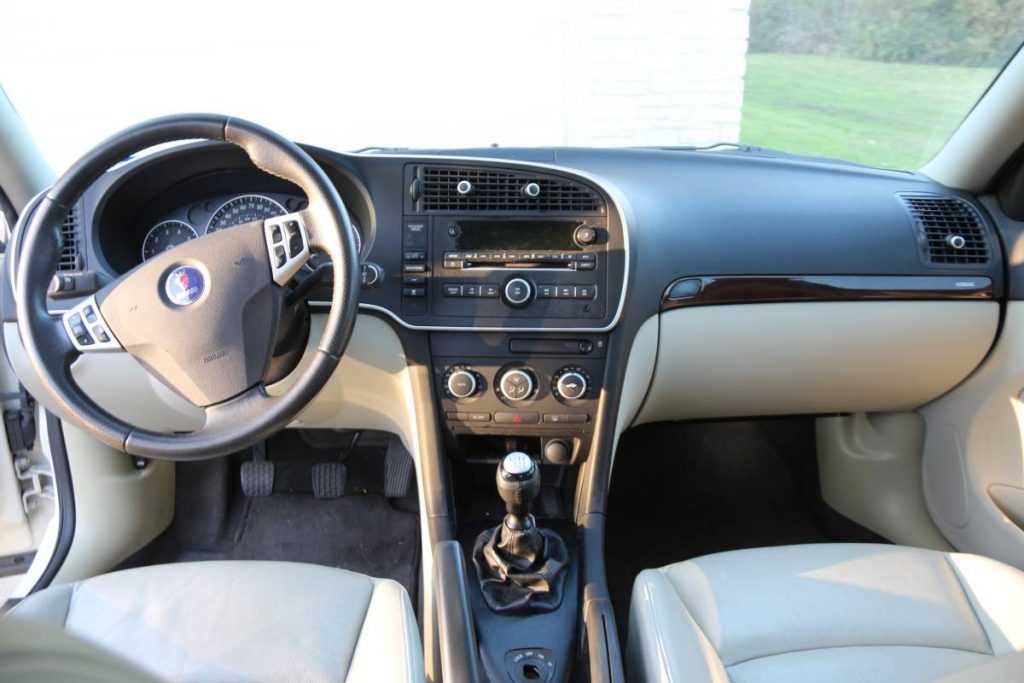 The seller makes a big deal of the car being a manual, which I suppose marks them as One Of Us, though I would dispute the claim that this car is hard to drive or requires an especially skilled hand. The manual Saabs I’ve driven in the past were all very well-mannered and congenial dance partners on the road, and I expect this one is no different. Perhaps the hyperbole is just meant to discourage lookie-loos. 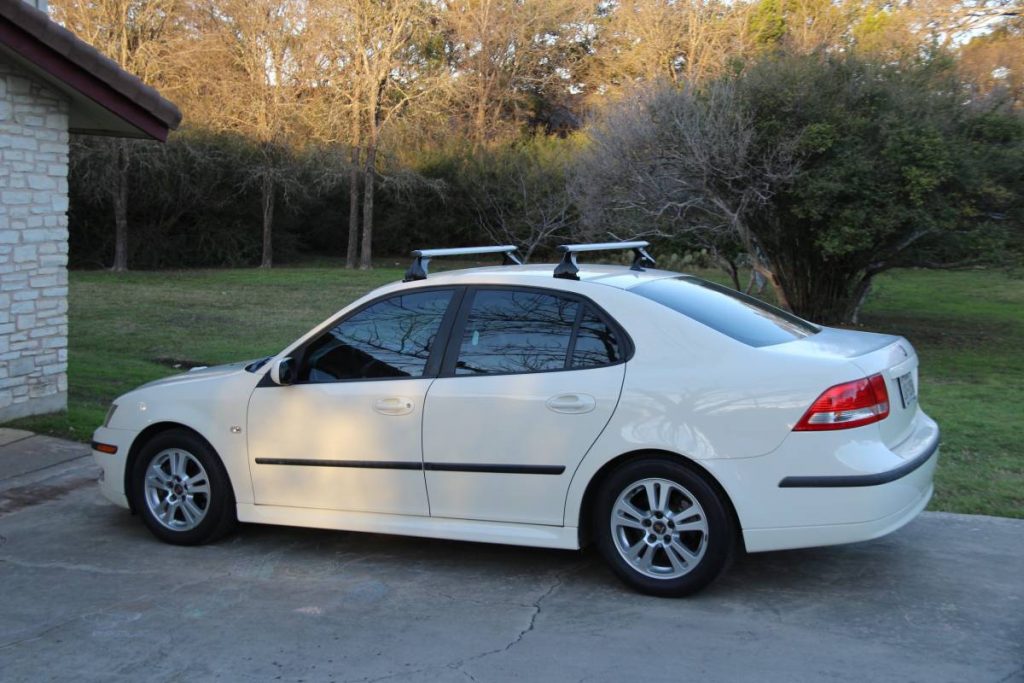 The seller notes some peeling clearcoat, but aside from that this Saab appears to be in excellent shape. It suffers from Unnecessary Roof Rack Syndrome, but that’s an affliction that can easily be remedied. I’m not saying that I’ve found the perfect inexpensive used Saab for Matt, but he could do worse.

And that’s our week! Have a great weekend, everyone, and join us next week for more questionable automotive choices. In the meantime: Subaru or Saab? Discuss.

Pacific Northwest-based self-taught DIYer of all the things. Current fleet: 1971 MGB GT, 1989 Chevy K1500, 2013 Chrysler 300C, 2003 Infiniti QX4, and 1966 Aristocrat Land Commander trailer. Not to mention about 40 RC cars and around 100 model kits...
Read All My Posts »
PrevPreviousDrive Without Rhythm And You Won’t Attract The Worm: Cold Start
NextToyota’s Back, BabyNext