Good morning, and happy Monday to you all! I think today, it’s time to look at some more old pickup trucks. Normally we’d have some results from Friday to look at, but since it was a weird week last week, there was no poll on Friday. So what the hell; let’s just dive right in. We’ve got the classic Ford vs Chevy battle again, both half-ton, both two-wheel-drive, both automatics, both beaten half to death. It should be a fairly even matchup. Here they are. 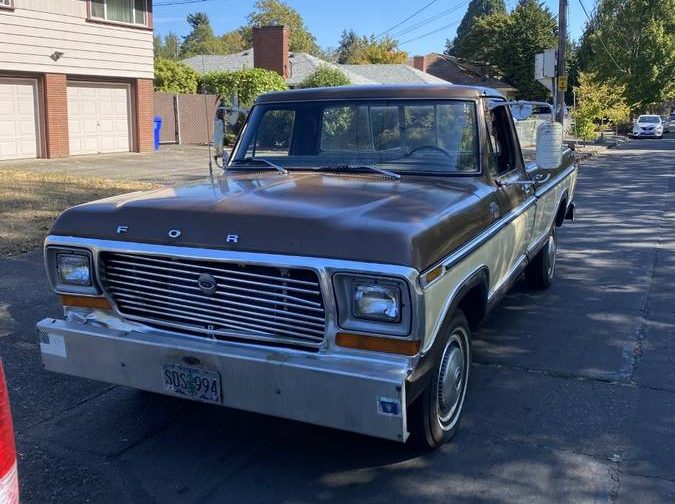 It’s almost impossible for me to write an introduction for a Ford F100 without using the phrase “good old.” Or “trusty.” Ford’s basic half-ton truck has been a reliable workhorse for so long that it has earned a permanent place in the collective psyche. There are other trucks, but if someone just says “good old trusty truck,” I’m willing to bet that the truck that appears in your mind’s eye is a Ford F100 or 150. 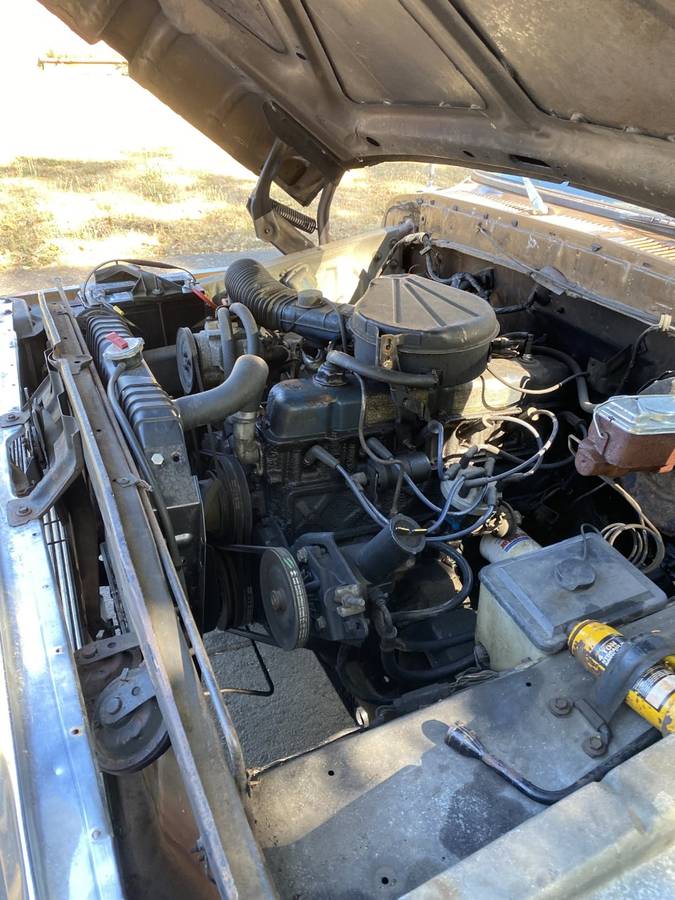 A big part of the Ford truck reputation comes from this powerplant: the 300 cubic inch inline six. This cast-iron monster doesn’t like to rev, and doesn’t put out a lot of power, but it is relentless, and a torque monster. You won’t get there fast with one of these engines, but make no mistake: you will get there. Sending its power and torque to the rear axle is a basic three-speed automatic, which, if you have to have a slushbox, is a reliable and tough way to go. 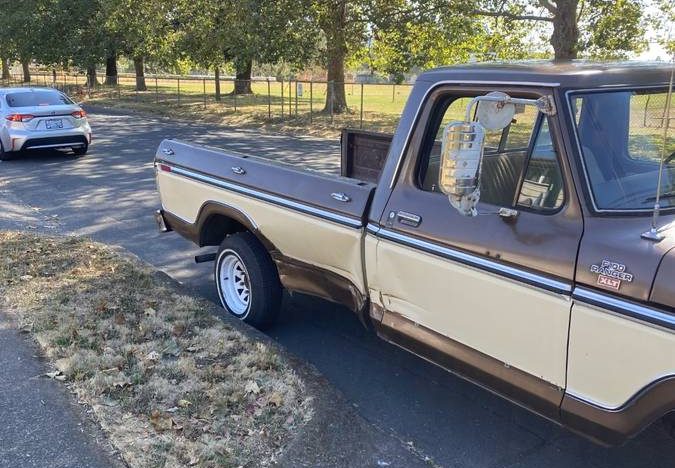 This era of Ford truck is known as the “dentside,” owing to the prominent recessed groove running the length of the truck on both sides, filled in with a chrome and rubber trim strip on this fancy XLT Ranger model. The bed of this particular truck gives a whole new meaning to the “dentside” moniker, and its tailgate is also missing in action. 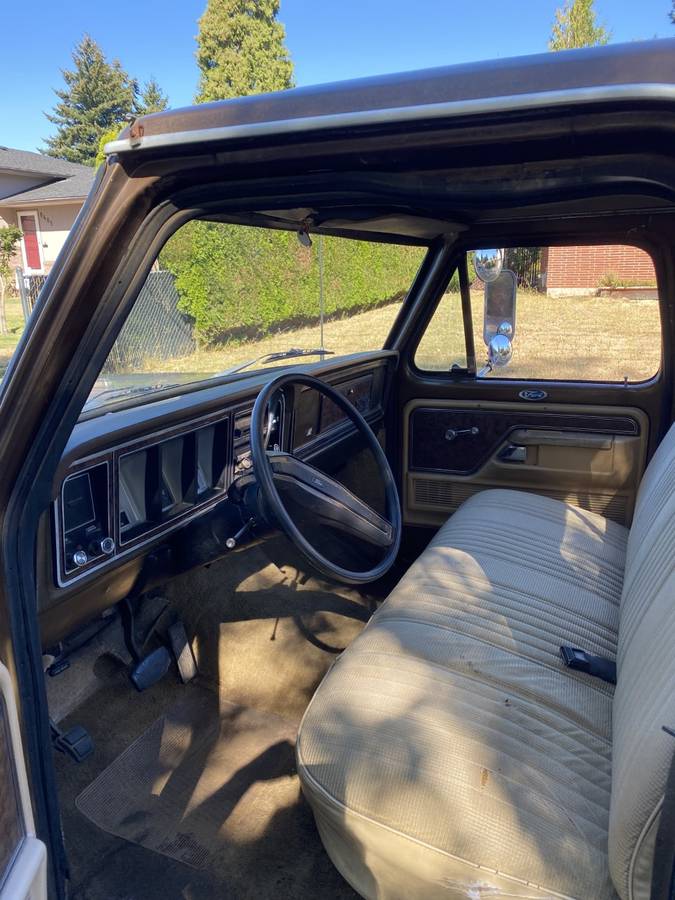 Despite these flaws, this looks like a decent old truck. The seller says it runs and drives fine, and has a new exhaust. And the interior looks like a reasonably nice place to spend time as well. 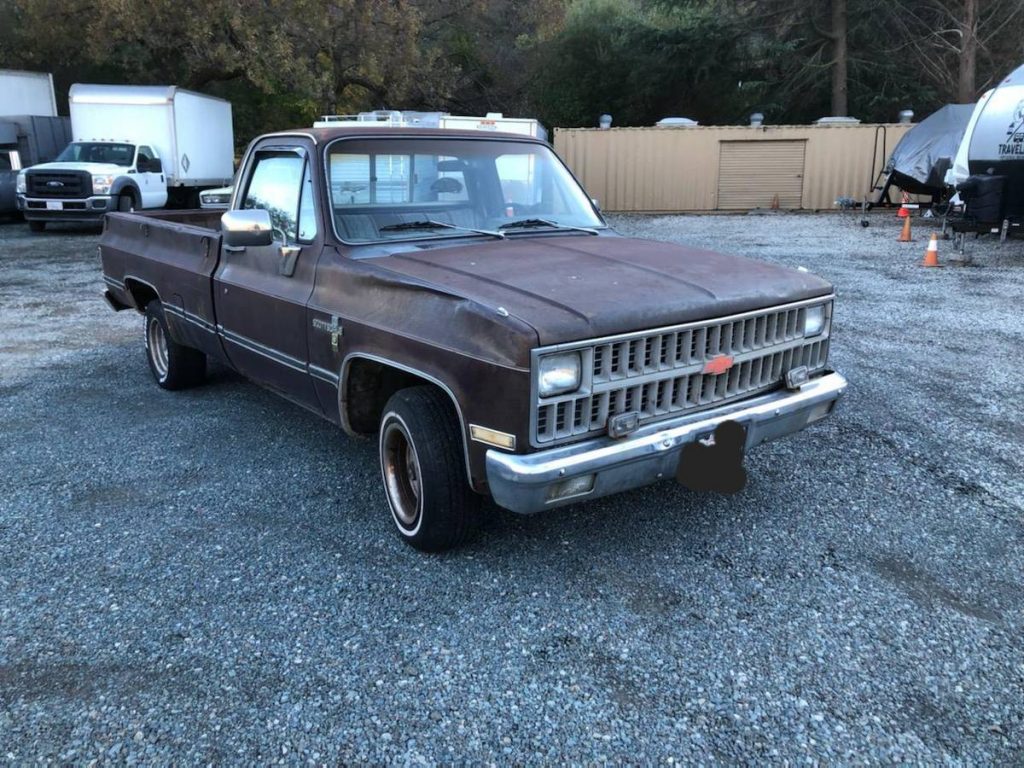 And in this corner, we have Chevy’s answer to the F100: the C10. This is known as the “squarebody” Chevy, and it’s easy to see why, though I will tell you from experience trying to build models of these trucks that there are very few actual straight lines on the cab. This style of truck is nearly as iconic as the Ford, and has at least as many devotees. 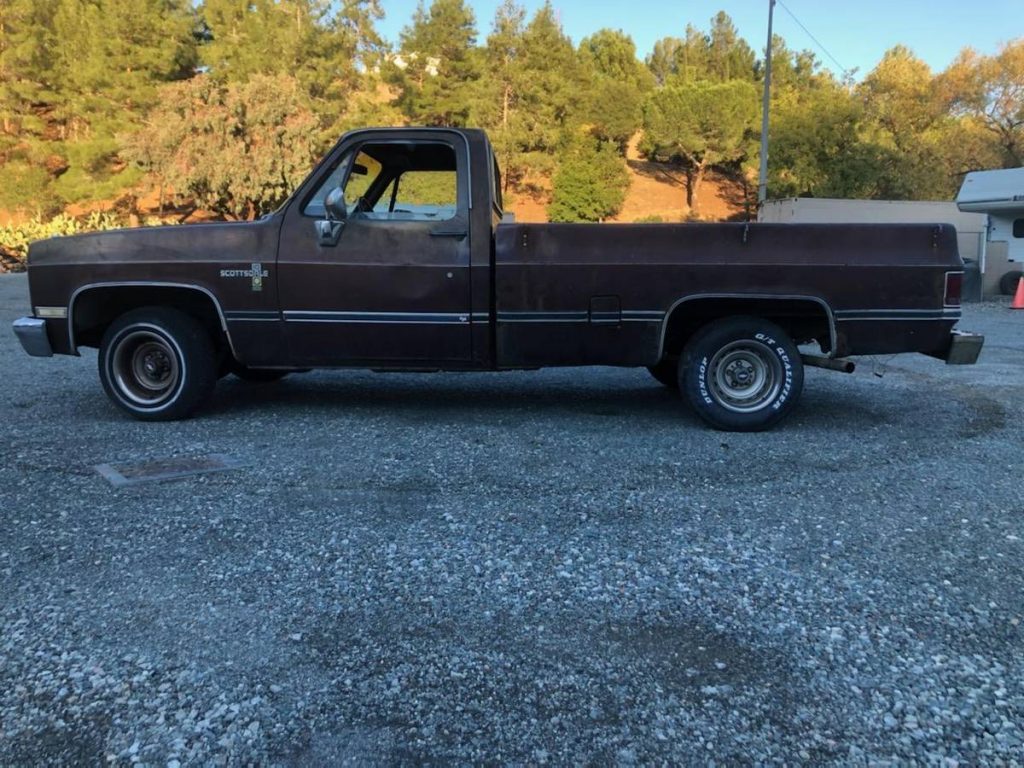 This truck’s powertrain is every bit as durable and famous as the Ford’s – the long-running “small block” V8, here in its most common 350 cubic inch displacement. These marvels of mechanical engineering need no introduction to car folks, having powered everything from Camaros to dump trucks, not to mention countless street rods. The Turbo-Hydramatic automatic transmission is its natural counterpart; they go together like peanut butter and jelly. 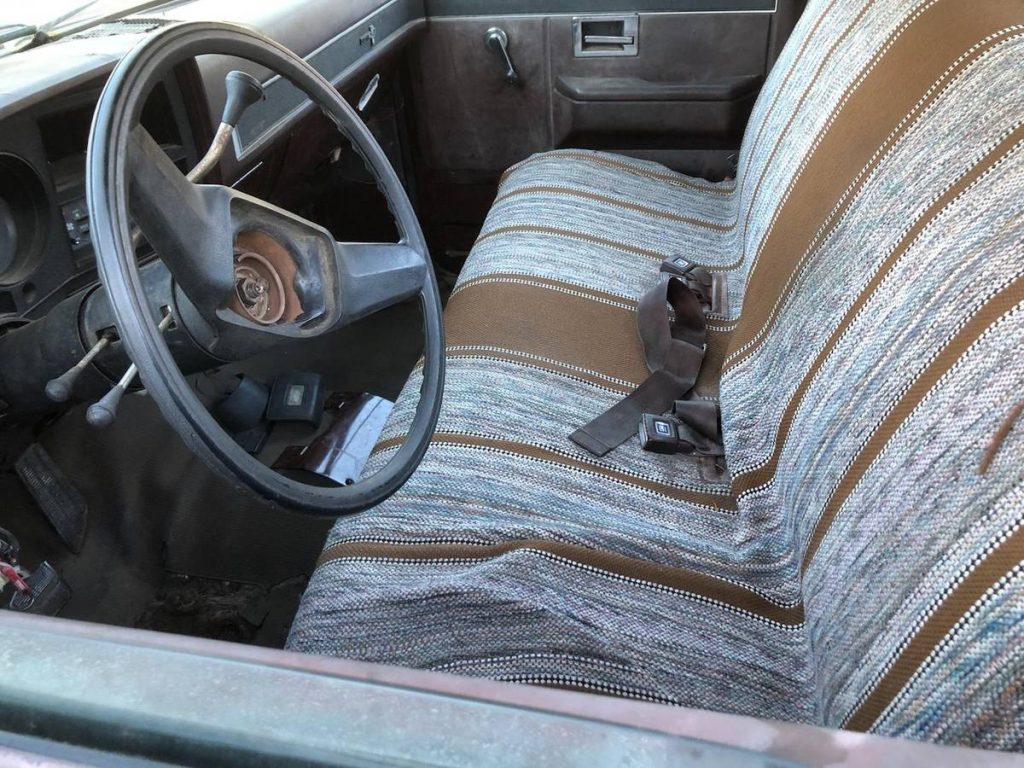 This truck has seen better days, but the seller says it does run and drive. It’s not terribly rusty, but it is beat up, and I’m sure the seat is completely trashed under that Pep Boys seat cover. It’s all part of the charm of an old truck like this, though. And if the AM-only radio only picks up the country stations, well, that’s part of it too. 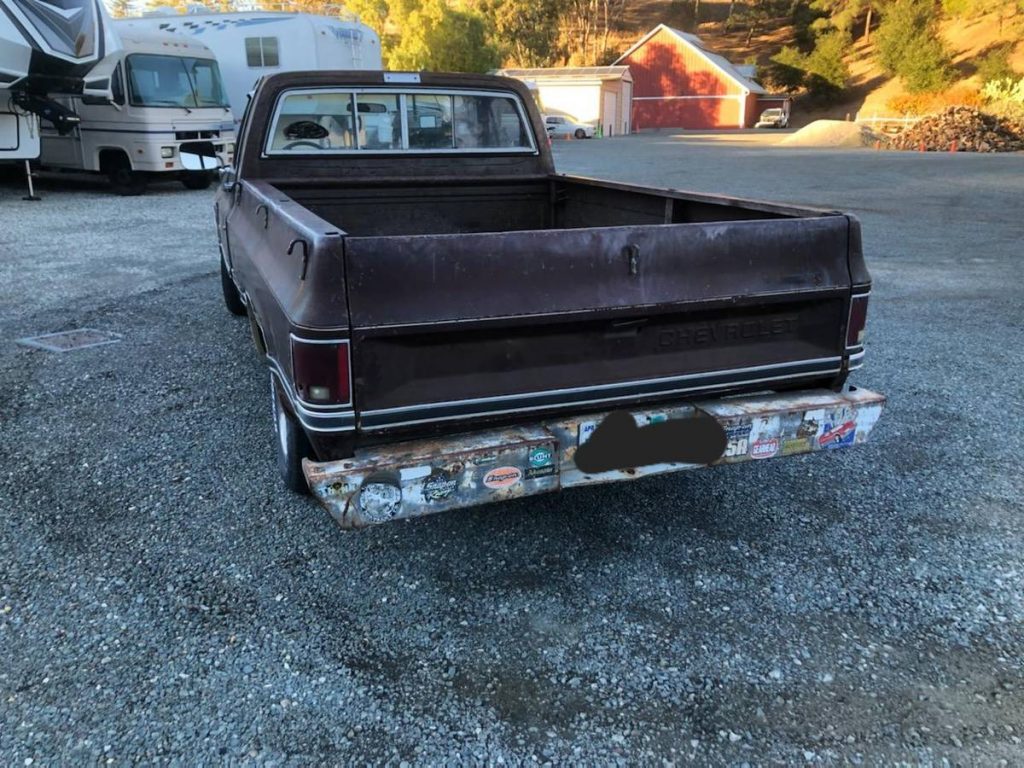 The rope hooks bolted to the sides of the bed are a handy touch, but I do wonder about the Chrysler-style turn signal repeaters tacked on to the front fenders. Somebody liked them so much on their Dodge Monaco that they decided to add them to the truck as well, I guess.

[Editor’s Note: Those aren’t turn signal repeaters, they’re tell-tales, which are even weirder, and, as a result, better. I wrote about those years ago, and you can read it here! – JT]

So that’s what we’ve got to work with on this Monday morning: two beat-up workhorses, ugly and tired, but still ready for more. Which one will it be?