And now the moment you likely haven’t been waiting for, another subcompact crossover. Mind you, the 2024 Kia Seltos gets a reasonably involved refresh and packs a few nifty tricks that should make it worthy of commuter consideration.

There’s a lot of trash in the sea of subcompact crossovers, vehicles that offer no more usable space than their hatchback equivalents despite being less efficient and more costly. However, the Kia Seltos is a little bit different. For starters, it’s one of the few crossovers that lets its driver manually lock the torque split to 50:50 front-to-rear. Then there’s the fact that it’s available with a reasonably pokey turbocharged engine as an option, an uncommon thing in this segment. Finally, it’s the right size to be genuinely usable, headroom is great and the boxy silhouette benefits cargo area shape. 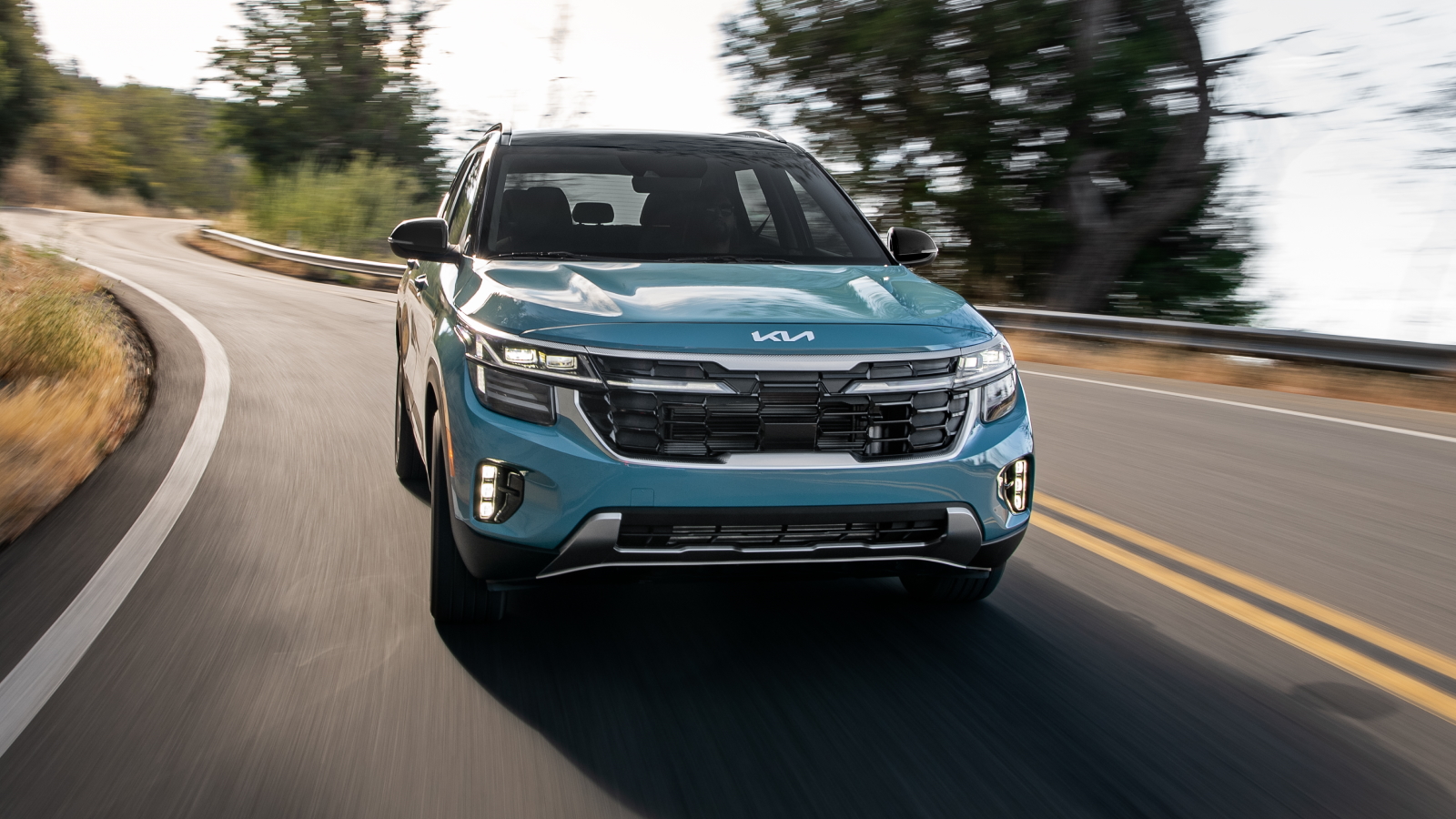 So what’s new for 2024? Let’s start with the oily bits. While the current model’s optional 1.6-liter turbocharged engine makes a perfectly adequate 175 horsepower, the refreshed model gets a revised optional engine, good for 195 horsepower. That’s a pretty big jump, although a torque figure hasn’t been announced yet. Lower trim levels continue with a two-liter four-cylinder engine making 146 horsepower paired to a CVT. While current 1.6-liter turbo models put power down through a cringe-inducing dry-clutch DCT that really rides its clutch off the line, new turbo models get a conventional eight-speed automatic that should prevent you from wincing upon leaving stoplights. 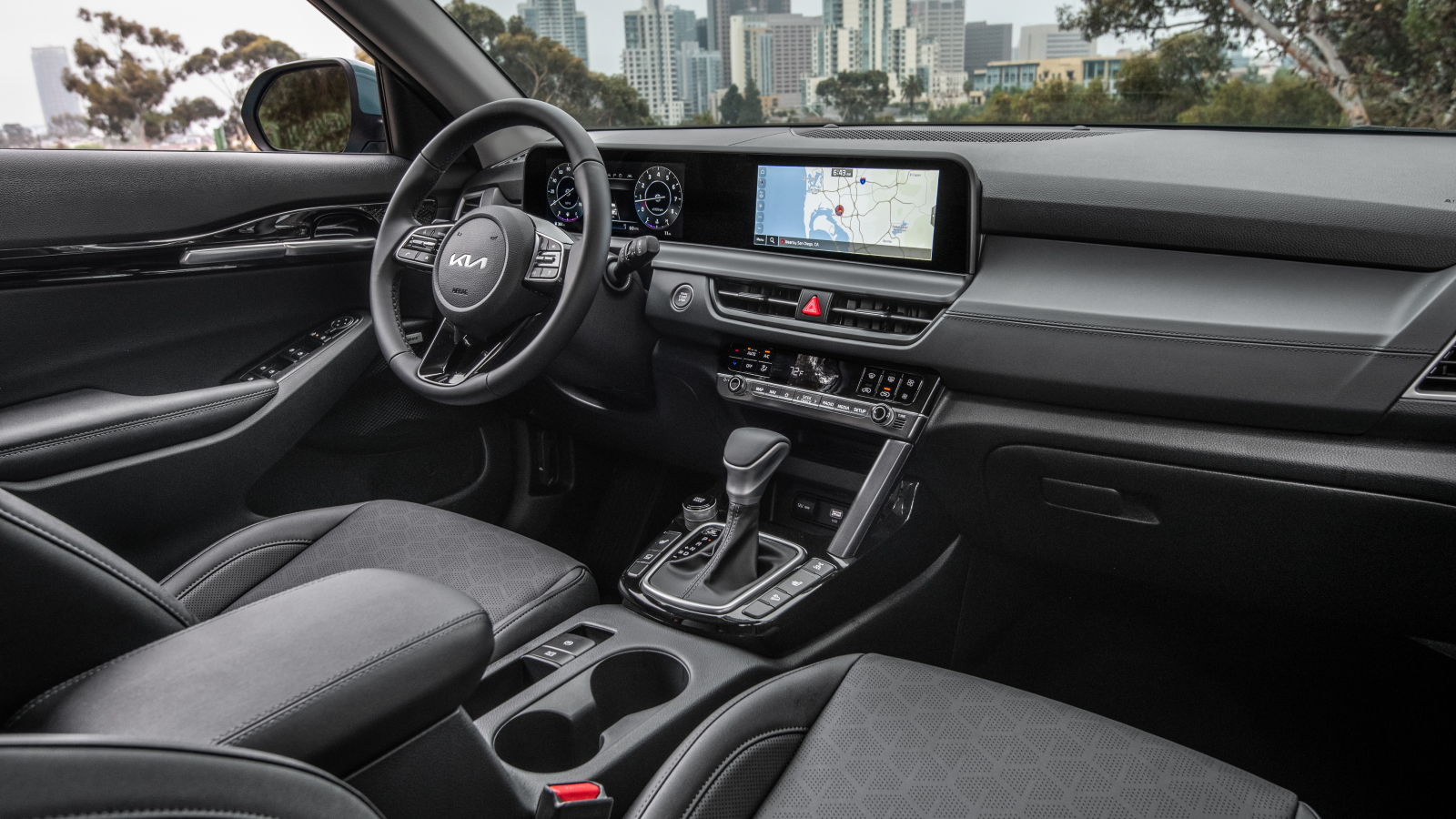 That’s one of my issues with the outgoing version likely sorted, so what about the interior? The outgoing car made a great first impression on a test drive but began to feel cheap after spending some time in it. Some of the cheapness will likely remain, but higher-trim 2024 models get a new dashboard that looks more modern. The infotainment screen and digital gauge cluster have been combined within a single bezel, while a new trim panel on the passenger side of the dashboard largely eliminates the awkward material transition seen in the outgoing model and new air vents seem devoid of tacky piano black plastic. While I’d still want to see this interior in person before passing final judgment, Kia appears to be moving in the right direction.

In addition to the updated interior design, Kia’s also rolling out more features like available ventilated front seats and a power liftgate, two toys that sound rather nice. Of course, Kia isn’t just sticking to physical features, adding over-the-air updates to avoid dealer visits and available digital key functionality in case you ever wanted to loan your Seltos out using text messages. 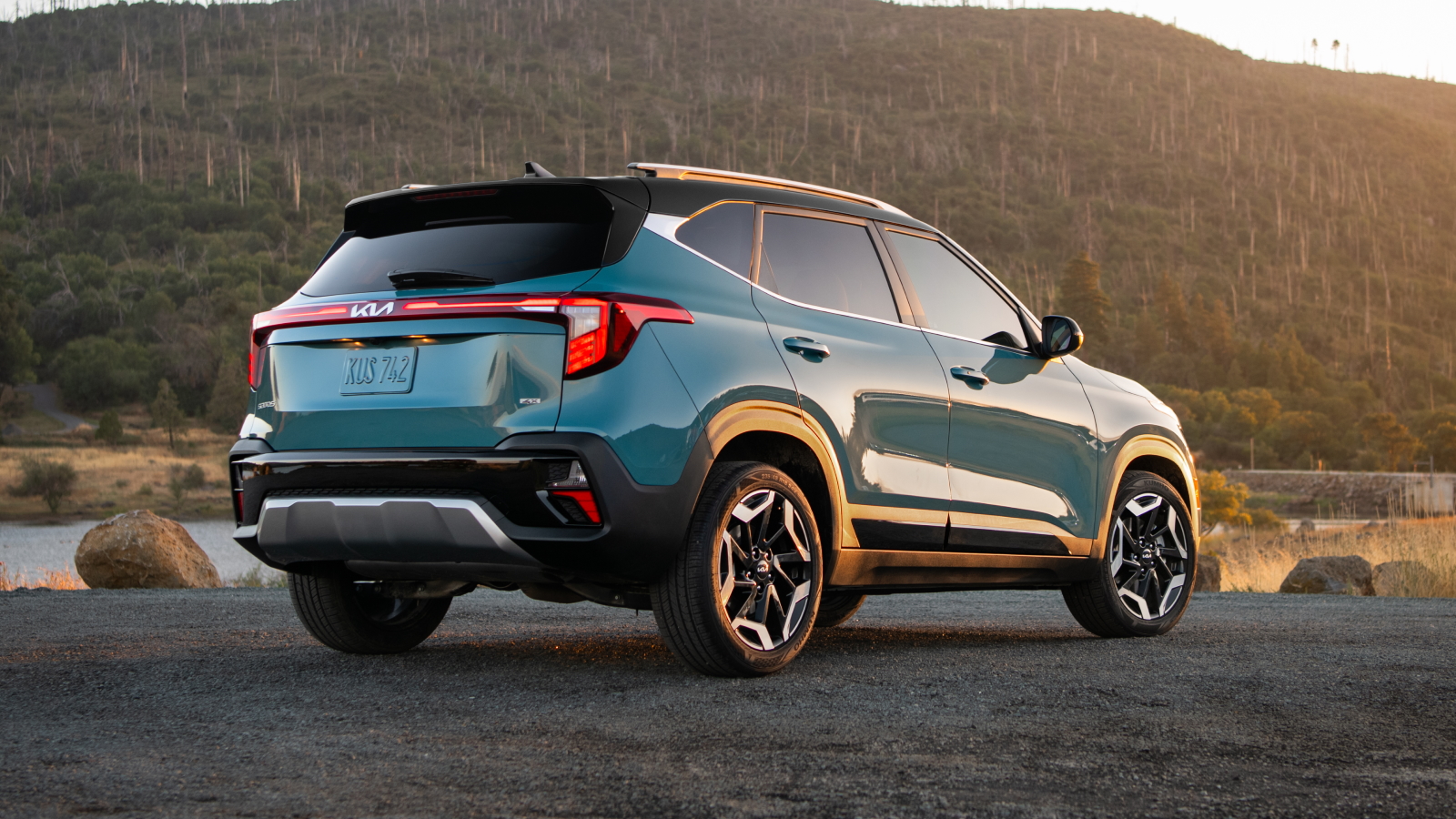 On the outside, the 2024 Kia Seltos gets a new front end that neither improves nor worsens its appearance. The grille is still oddly-segmented and more functional than attractive, the headlights are still quite very over-styled, and the front bumper still has a certain amount of silver garnish. However, I’d call the rear end of the new Seltos an improvement as it relocates the reflectors to the lower bumper, brings in a slick heckblende tail light treatment, and the reshaped rear bumper is more visually-interesting. The photos you’re seeing are of the new X-Line trim which adds a special dark grille, special wheels, black trim, and a roof rack for mildly outdoorsy types.

From where I sit, it looks like all the positive traits of the Seltos are maintained with this update. It’s still functional, it’s still right-sized, and it still has that locking diff for heavy snow. Add in a revised interior, more available power, and a promising new gearbox, and it genuinely seems like Kia has made a better Seltos. Expect pricing to drop closer to launch in the first half of 2023.

All photos courtesy of Kia