In previous Shitbox Showdowns, we’ve featured some pretty rough cars. I’ve shown you plenty of things that need full restoration, many that didn’t run, but I’ve always tried to stick to cars with at least a modicum of hope left.

Today, not so much. Today’s choices you’d have to be absolutely, utterly, and in all other ways batshit off-the-rails crazy to take on as a project. But if you were able to get either one of them back into respectable condition, you’d be an absolute backyard-mechanic god. So let’s finish up with our sports coupes from yesterday, and then dive in.

The Camaro takes it. Hell yeah. That’s my choice too. What’s that, Supra fans? Speak up; I can’t hear you over my Mötley Crüe tape.

All right, let’s get into the weeds, literally. Those of you who have complained about there being no good choices in the past, you ain’t seen nothin’ yet. Today we have two rare but not especially valuable cars, cars that would be cool if they were shiny and running and driving and all that, but are anything but shiny. Or running. Or driving. Grab your best hazmat suit, and let’s dig in. 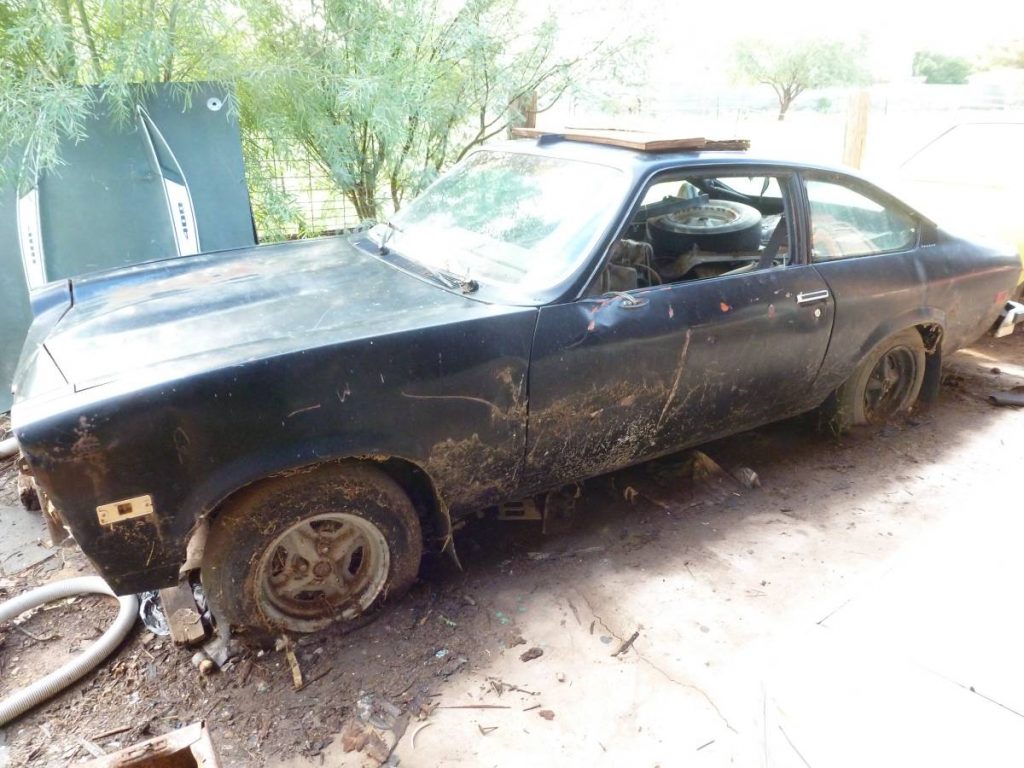 This may look like a dilapidated pile of cobweb-covered shit, and it is. But… it’s also number 53 of only 3,508 of its kind. The Cosworth Vega was British lipstick on Chevy’s sharp-looking but fragile pig of a compact car. It’s a vast improvement over the two million other Vegas churned out over the course of the 1970s, a legitimately quick (for 1975) and good-handling little sports coupe. 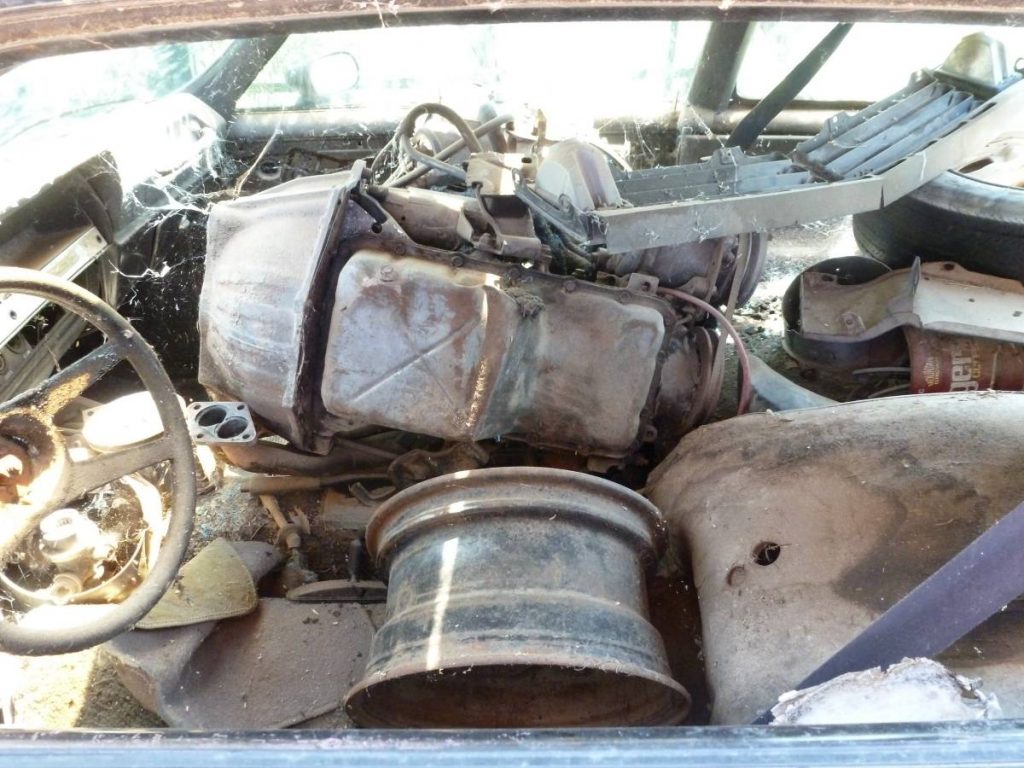 At least, when all the parts are assembled in their correct places, it is. This Vega is an absolute disaster, and looks like it has been sitting in this condition for quite a long time. It comes with a spare Cosworth engine, which is sitting where the passenger seat should be. The location of the passenger seat, and the rest of the interior for that matter, is a mystery. 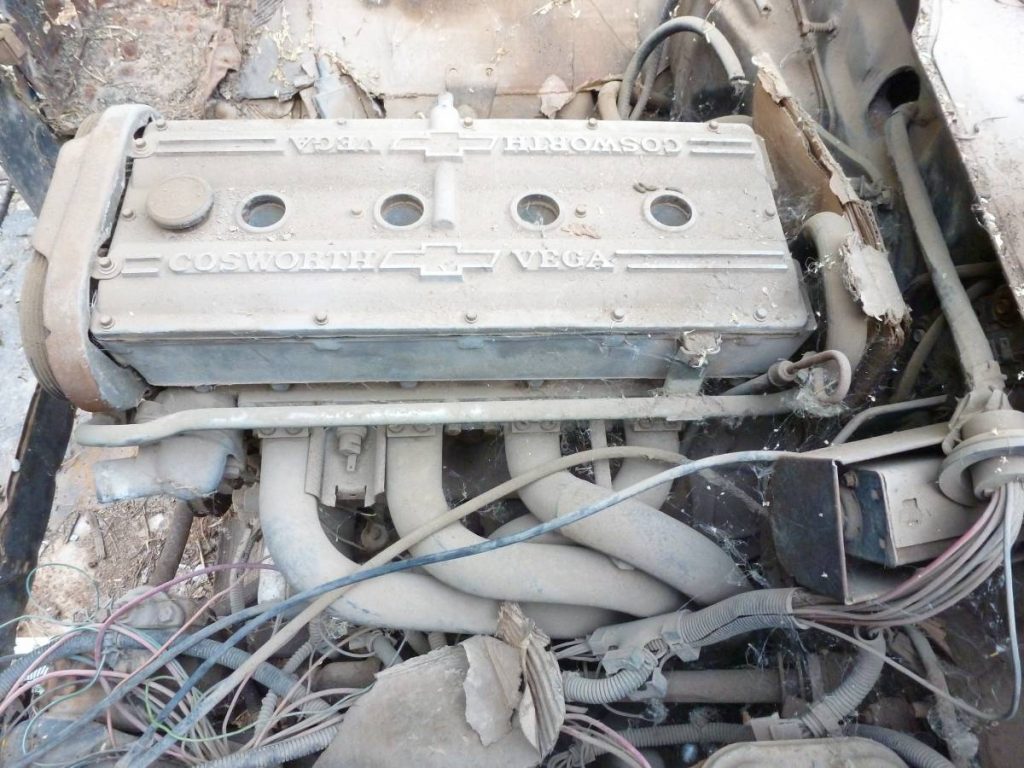 But since there are two of those revvy little Cosworth engines included, there’s a good chance someone could assemble one good one from what’s here. And because it has been sitting in dry and sunny Arizona, there isn’t much rust to contend with, especially for a Vega. One would be wise to be on the lookout for potentially bitey and venomous creatures while rummaging through this mess, however. 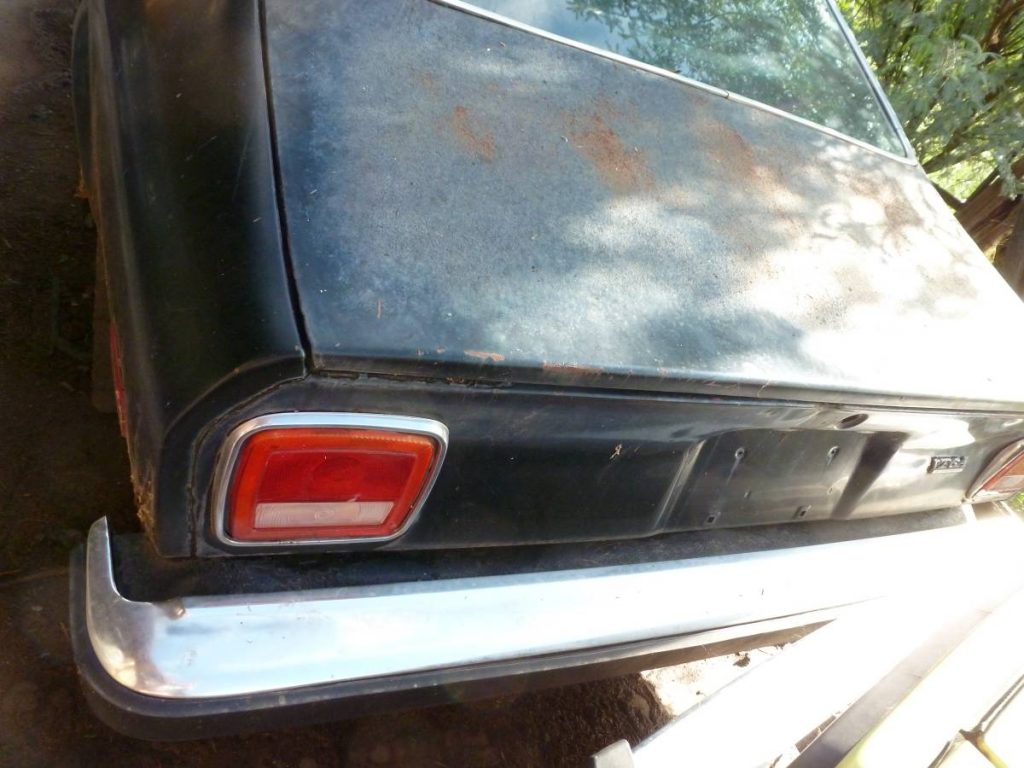 It’s kind of a shame to see this car sitting in this condition, knowing that it’s not really worth bringing back. But hope springs eternal, and I will be rooting for this little car to find a forever home that isn’t a junkyard. But I’m not holding my breath. 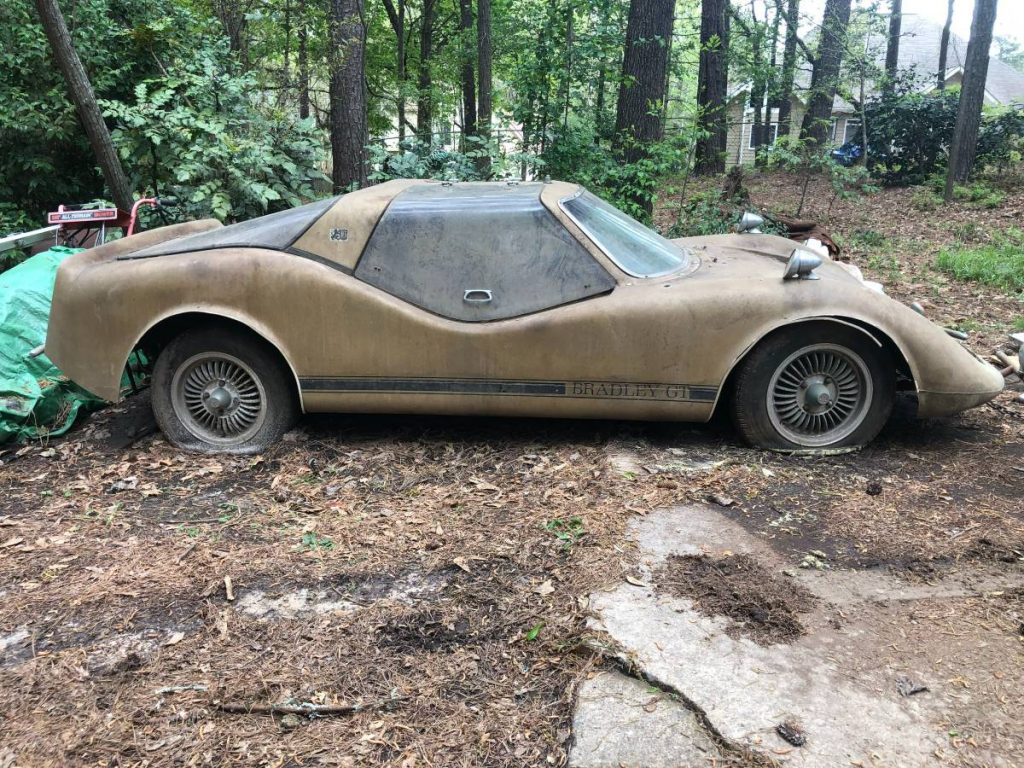 Rather than being hand-built just off to the side of a normal mass-production line like the Cosworth Vega, this car wasn’t produced in a factory at all. Or at least, it wasn’t assembled in one. Bradley Automotive was one of many companies making VW Beetle-based kit cars in the 1970s. Under the swoopy fiberglass body, this car is a garden-variety Bug, assembled in somebody’s garage. 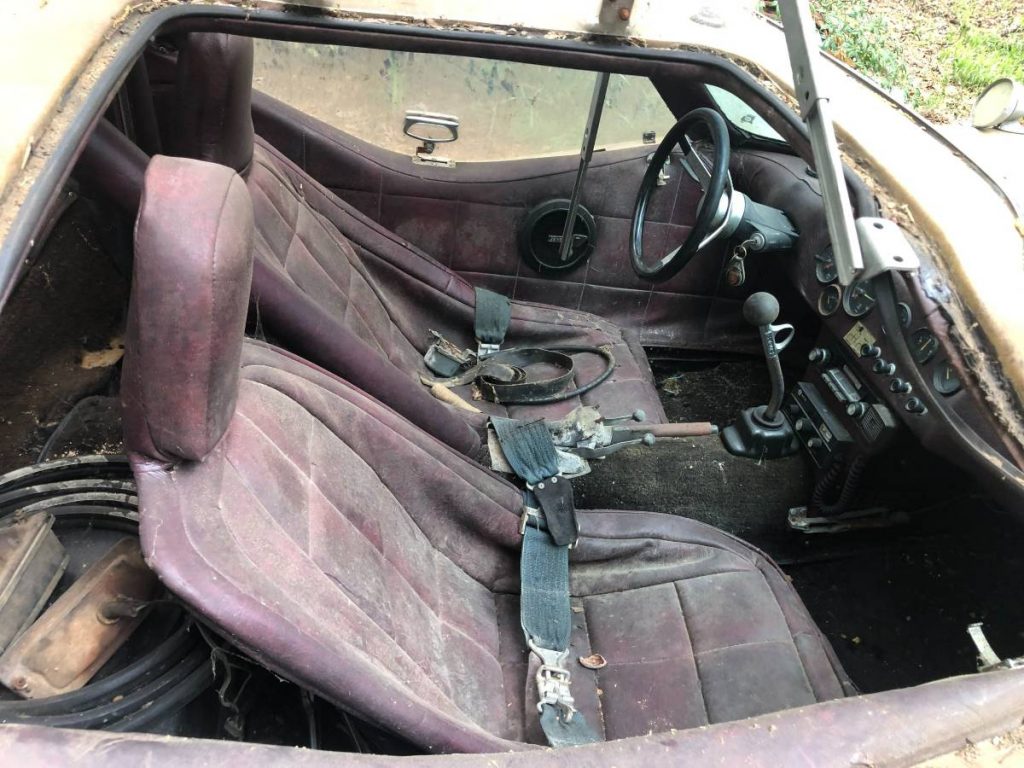 The Bradley GT was first introduced in 1970, and was sold in kit form. The body is sized to fit on a stock-wheelbase Beetle floor pan, rather than requiring that the floorpan be shortened like the Meyers Manx and other dune buggies did. This simplified the conversion greatly. The GT has a fiberglass body, like nearly all VW kit cars, and removable clear plastic gullwing doors. When the doors are off, it’s a vaguely dune-buggy-like sports car with a T-bar roof. A tiny shelf of a back seat lets you share the ride with two small friends you don’t like very much. 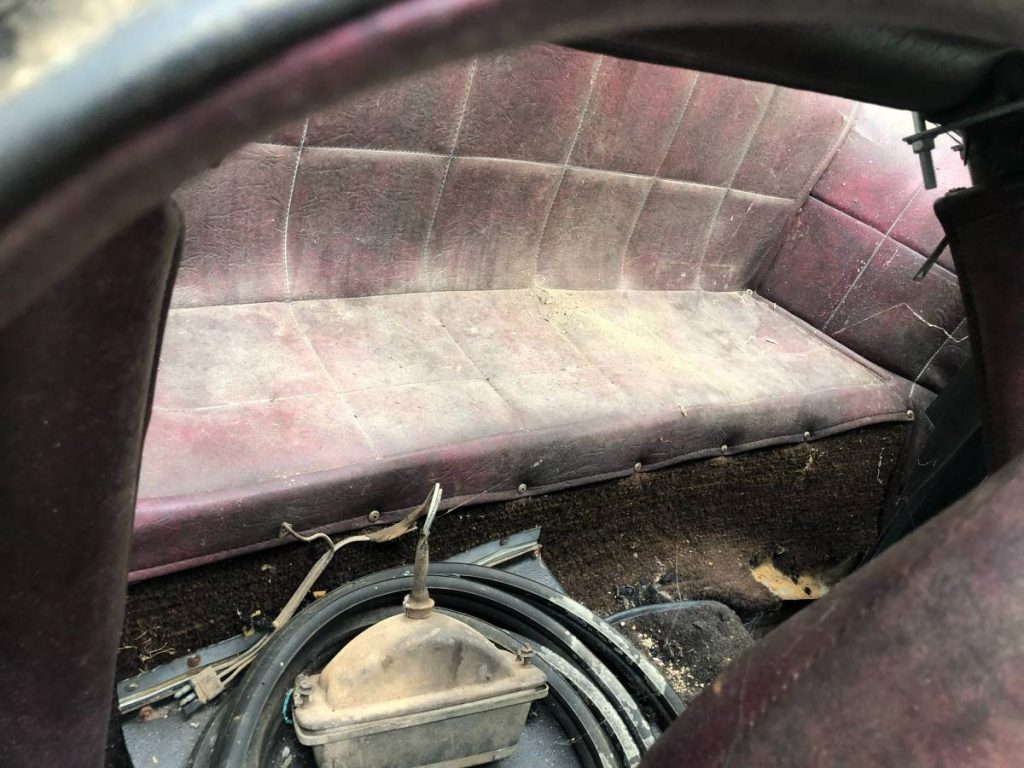 This Bradley GT was built in 1975 by the seller’s family, but has apparently been left to rot. Shame, really; that’s a lot of work to let waste away. My hope is that they enjoyed it for many years before it was parked. It now has seized front brakes, and who knows what condition the rest of the mechanicals are in?

Speaking of which, there’s no indication of what powers this car (it would have originally come with a 1600cc VW motor). Air-cooled VW engines are so numerous and come in so many different flavors that it could be almost anything. Chances are it has been hot-rodded to some degree; why build a sporty kit car and leave the 40 horsepower economy car engine in it? 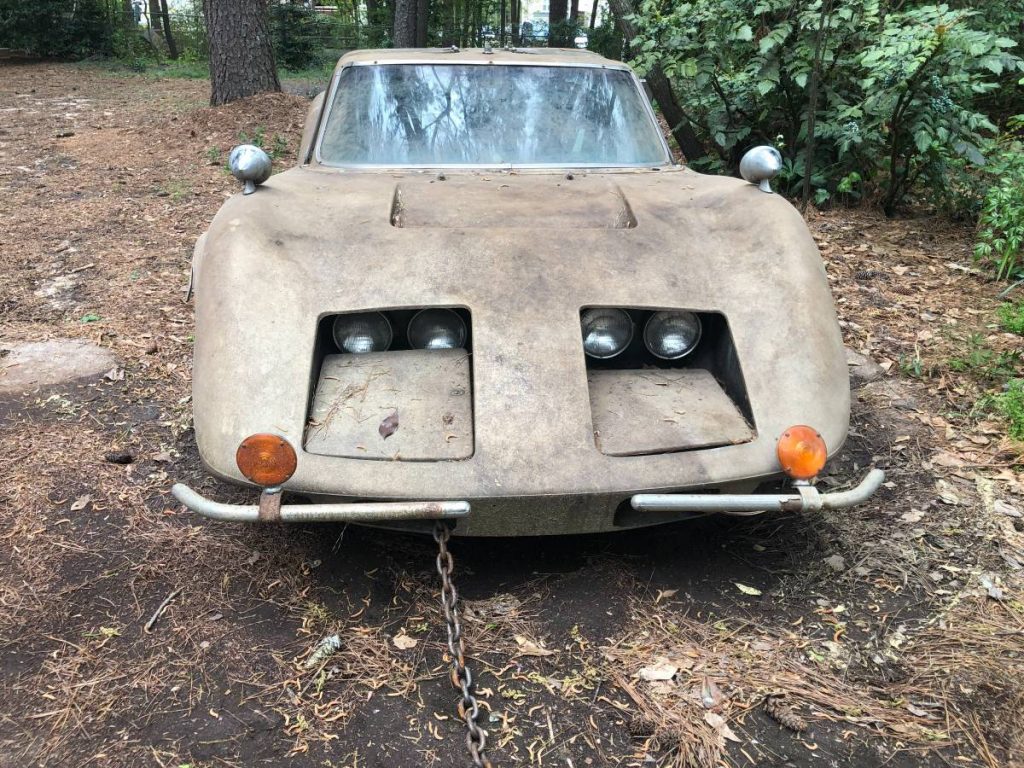 My favorite design element of the Bradley GT has to be the hidden headlights. They don’t pop up as you might expect; the lights are fixed, and the doors drop down into the nose of the car to expose them. Some GT builders removed these opaque covers and installed fixed clear plastic covers instead, but I like the original setup better, even with the forlorn face this one appears to be making.

Neither one of these cars makes financial sense to restore. But financial sense is not, and never has been, a good reason to fix up an old car. You fix up an old car because you see something in it, some spark of potential, some glimpse of what it once was and could be again. Is there such a spark left in either of these cars? If so, is it the rare factory hot rod, or the home-built exotic?

Pacific Northwest-based self-taught DIYer of all the things. Current fleet: 1971 MGB GT, 1989 Chevy K1500, 2013 Chrysler 300C, 2003 Infiniti QX4, and 1966 Aristocrat Land Commander trailer. Not to mention about 40 RC cars and around 100 model kits...
Read All My Posts »
PrevPreviousCold Start: I Wonder What’s In That Little Tiny Box Back There
NextGM Gives Buick, GMC, and Cadillac Escalade Customers No Choice To Opt Out Of $1,500 OnStar SubscriptionNext