Good morning, Autopians! It’s another Two-Door Tuesday as we look at a pair of sporty coupes from opposite sides of the Pacific Ocean built in the same year. But first, let’s see how yesterday’s vans did:

Bit of a toss-up, but the Ford has it. Not surprised; to buy a VW van you have to really want a VW van. A Ford Aerostar is more of a casual “oh look, a van” purchase. But I don’t think either seller will have trouble unloading them.

Now, for today’s choices, I need you to cast your mind back to 1983. (If your mind wasn’t yet in existence in ’83, just pretend.) Cheers was on TV, Def Leppard’s masterful album Pyromania was in record stores, record stores existed, and every manufacturer offered at least one sporty two-door coupe intended for daily regular use. Most offered more than one, in different sizes. Chevy’s Camaro was one year into its radical third-generation redesign, and Toyota’s second-generation Celica Supra (yes, it was still the Celica Supra) was also celebrating its first birthday. And to a ten-year-old in the suburbs, both made the future look like a very bright place indeed.

Thirty-nine years later, we find these two, derelict and forlorn, in the Seattle area. Both sound like they’re just a whisker away from running, but both are as far removed from their glory days as the protagonist of a Bruce Springsteen song. Let’s see which one you’d rather bring back.

The Chevy Camaro, and the third-generation of it in particular, seems to be the butt of a great many largely undeserved jokes. It’s dismissed as a “redneck car,” a teenage hooligan’s plaything, not anything any serious car-lover would ever consider. My guess is that most of those people have never driven one of these cars. Yes, the interior squeaks and rattles everywhere. Yes, if it has T-tops, your head is going to get wet. But it’s cheap, has a V8, handles better than you think, and is a nice clean style that still looks sharp today. What’s not to like?

This Camaro is the top-of-the-line for ’83 Z28 model, equipped with a 305 cubic inch Chevy small-block V8. This car has the high-output (190 horsepower, a lot for the early ’80s) version, with a good old Quadrajet four-barrel carb in place of the troublesome “Cross-Fire” double throttle-body fuel injection. (One gearhead friend of mine referred to it as “Cease-Fire Injection,” but I’m pretty sure he heard it somewhere else; he wasn’t clever enough to come up with that on his own.) This engine was only available with a five-speed manual.

The pictures we get aren’t great, but on the outside this Camaro looks mighty clean. And the engine bay is tidy as well. The interior is described as “gross but definitely cleanable,” which worries me. [Editor’s Note: I mean technically, anything is “cleanable.” – JT] I hope it’s not too trashed inside, because otherwise, this looks like a good candidate for some freshening up. The seller says it ran two years ago, but has a bad ignition switch. If that’s the only thing wrong with it apart from the unknown interior, it’s definitely worth a look.

This era of Camaro has another interesting bit of history hiding in the dashboard as well. You can just barely make it out in this photo:

It has an 85 MPH speedometer; even though the law that required them had ended a year or two earlier, cars designed for the mandate stuck with the 85 limit for years after. To take advantage of the other half of the dial, GM made the speedometer needle double-ended, and put MPH on one side of the gauge and KM/H on the other side, instead of superimposing one scale over the other like most cars. Neat, huh? [Editor’s Note: Very! – JT] 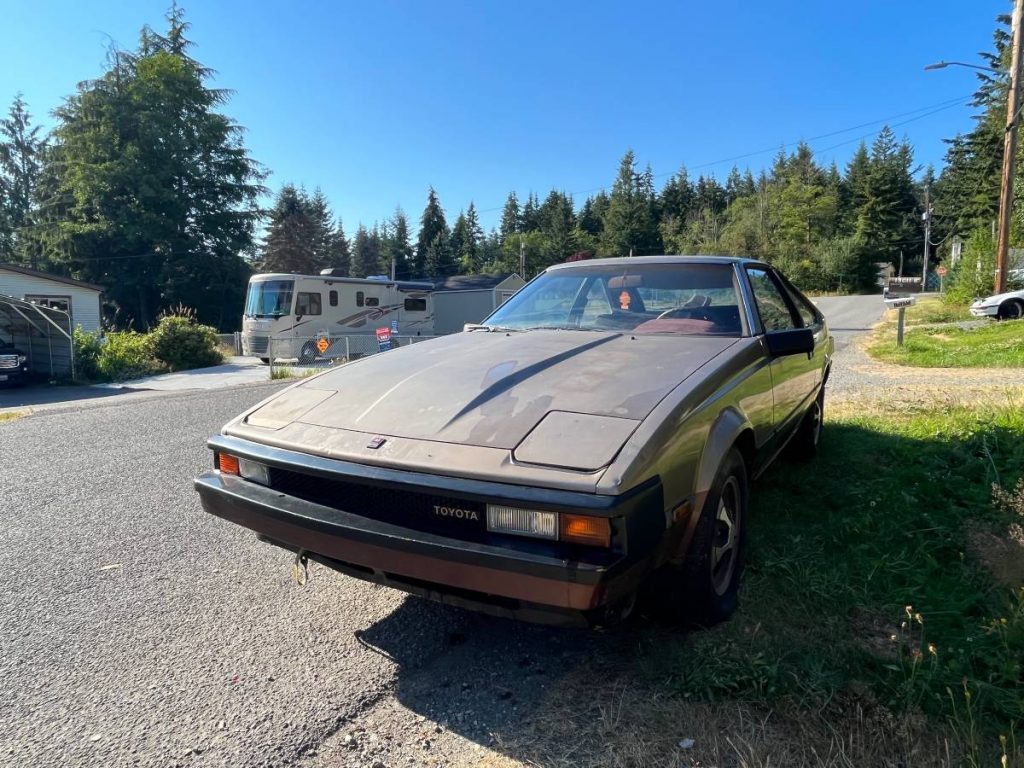 Runs/drives? Turns over but won’t start

Meanwhile, in Japan, Toyota was sowing the seeds of a legend. The Supra wouldn’t really come into its own for a few more years, when it came out from under the shadow of the lesser Celica, but all the elements were there: a twin-cam inline six, great handling, and lots of gadgets. 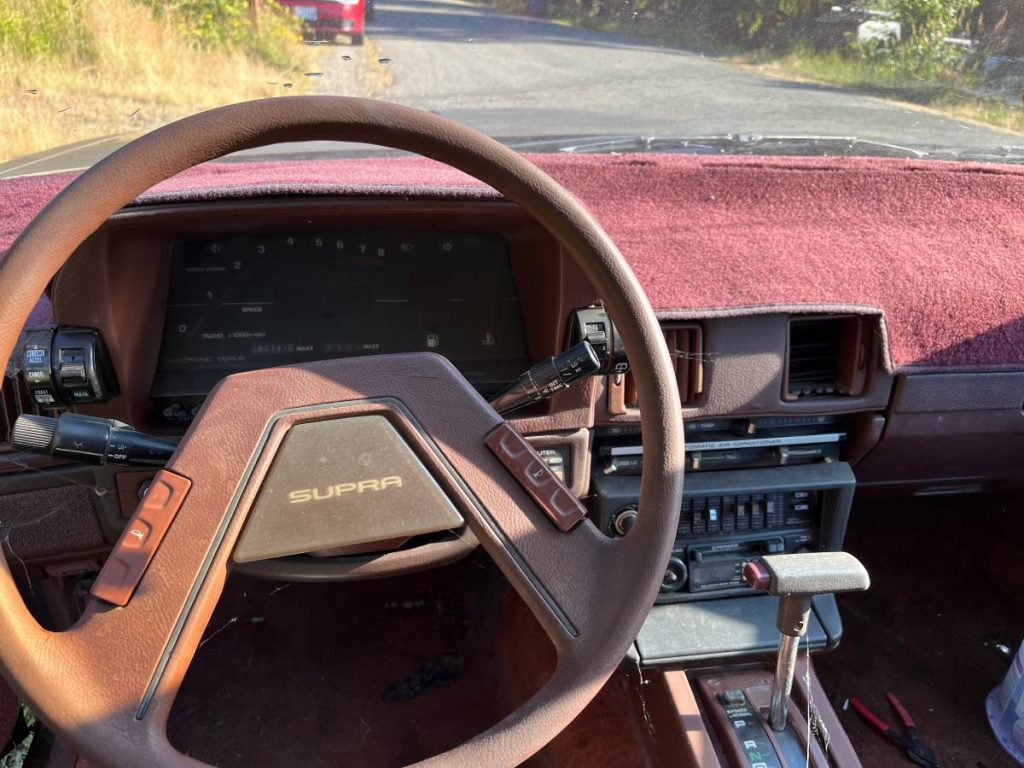 This Supra is equipped with a digital dashboard including a trip computer, apparently a rare option in the US. It also has a four-speed automatic, the first-ever electronically controlled automatic transmission. It has two shift modes: Power and Normal, selectable via a button near the shifter. Nothing earth-shaking now, of course, but heady stuff in 1983. 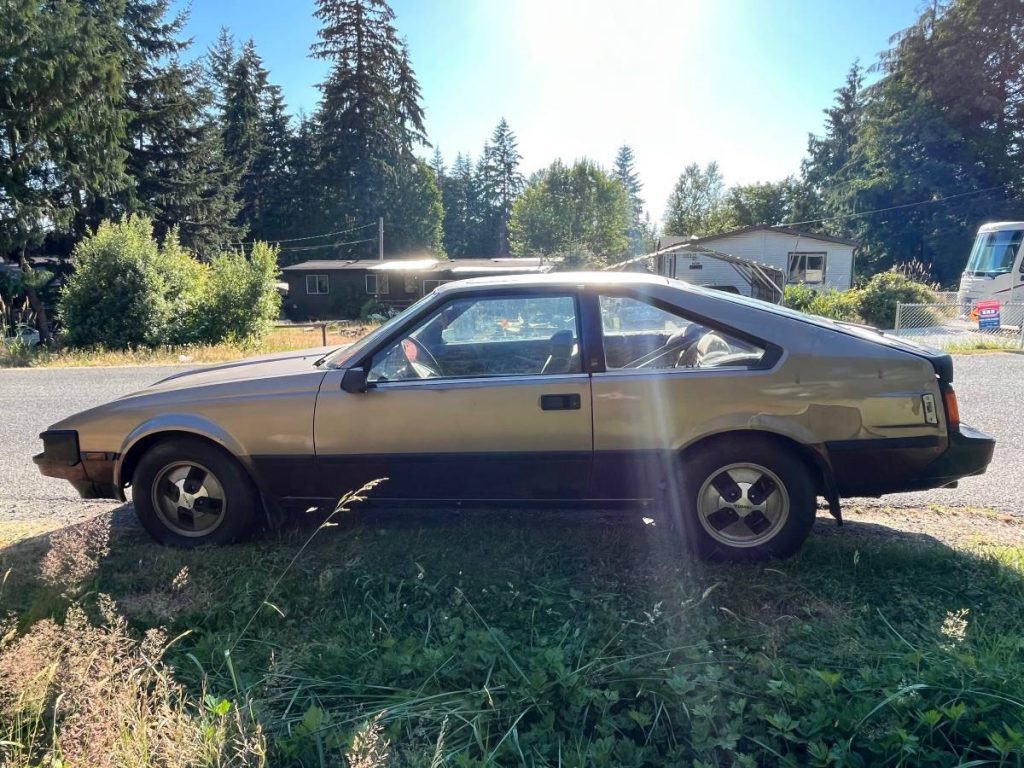 This car is a little rough. It looks like it has been sitting a long time, based on the cobwebs on the shifter, and the interior is a bit scruffy. Outside, things are better, but not perfect: there is a little rust, and some minor damage near one of those weird rear side marker lights.  [Editor’s Note: I always loved those rear side markers. It’s so rare to see a side marker lamp given so much stylistic attention, including sheet metal stampings! They were like little auxiliary rocket engines. – JT] The light itself is also broken. The seller says it turns over but won’t quite start; it could be as easy as fresh gas, or it could be any number of far more serious maladies. There’s only one way to find out, and it will cost you a grand. 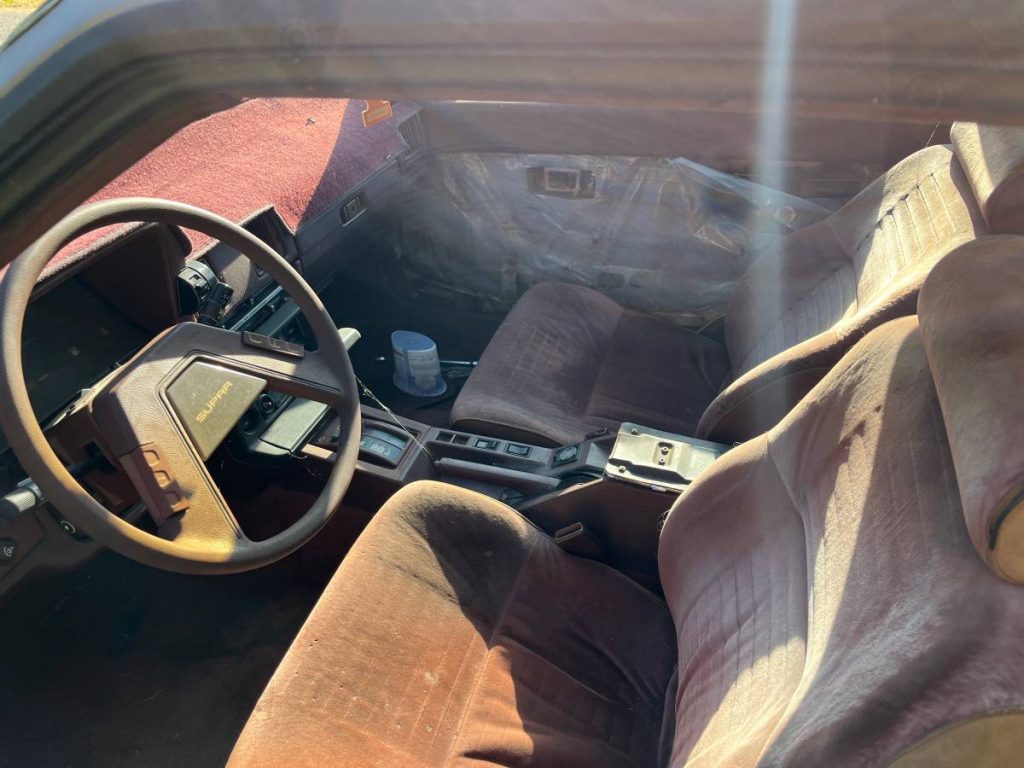 This could be a nice little project, as long as it doesn’t take too much to get it running and you don’t expect perfection. Leave it scruffy, clean up the cobwebs, and enjoy.

And there you have them: one brutish throwback, and one glimpse of things to come. A little troubleshooting and some elbow grease would help either one. It’s all a matter of which one you connect with.