Welcome back to another week! I hope everyone’s weekend was good, and didn’t involve a trip to the emergency room like mine did. I sliced my scalp open on an exposed nail while working in the attic. I had to get two staples in my scalp and a tetanus shot. Bled all over, scared my wife half to death… I wouldn’t recommend it.

But don’t worry; I’m not going to let a little thing like a minor head wound slow me down. [Editor’s Note: Mark, did you not already have a tetanus? That was part of the new-hire contributor welcome pack, was it not? Do you know how much danger you put yourself by working here at The Autopian — where articles like this are churned out — sans tetanus? Anyway, I’m glad you’re okay. -DT] Not when there are old cars to discuss, and the big Autopian meetup happening on Saturday. So let’s see how our French imports did over the weekend, and then we’ll see what today has in store.

Close one, but the C15 has it. That would be my choice too. There are just so many things you can do with a box on wheels. It might be the most practical form of four-wheeled transportation there is.

Which brings me to today’s subject: minivans. And today we’re going to look at one that used to be really common but isn’t seen much anymore, and one that never quite caught on. Here they are. 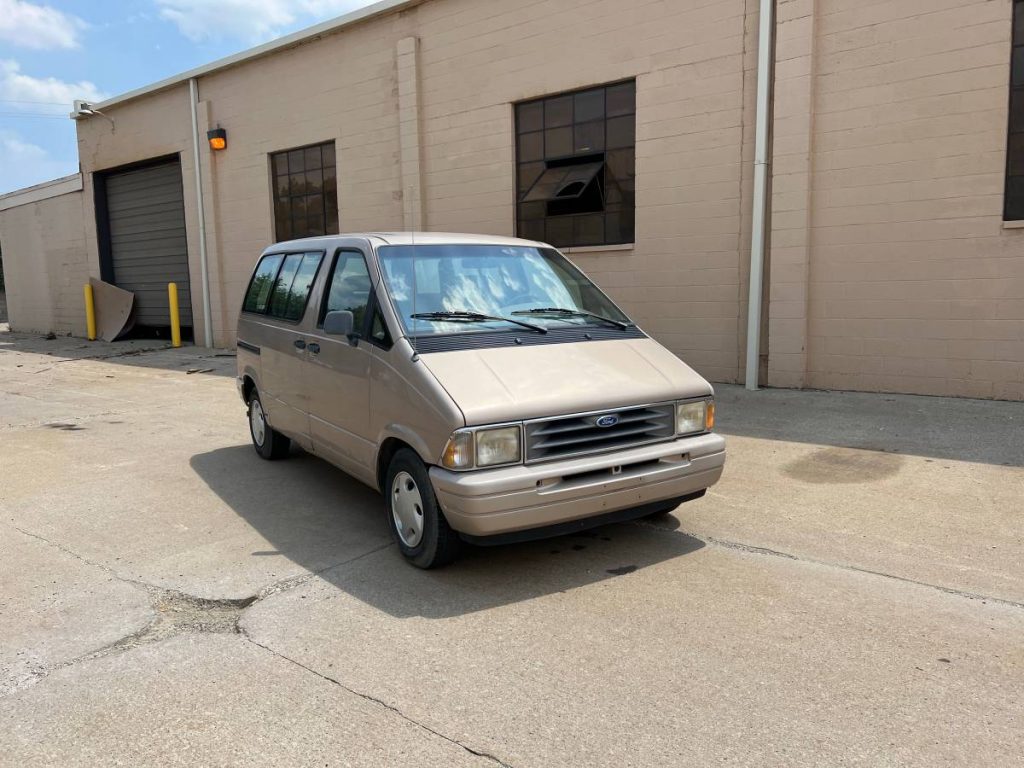 Runs/drives? Excellent, according to the seller

The Ford Aerostar is another of those vehicles that used to be on every street corner, but have almost entirely disappeared. The last of the Big Three’s minivans to appear on the market, the Aerostar is a unibody, and rear-wheel-drive. This particular Aerostar uses the same 3.0 liter “Vulcan” V6 as Ford’s Taurus, coupled to a 4 speed automatic. Five-speed manual Aerostars do exist, but they’re rare. 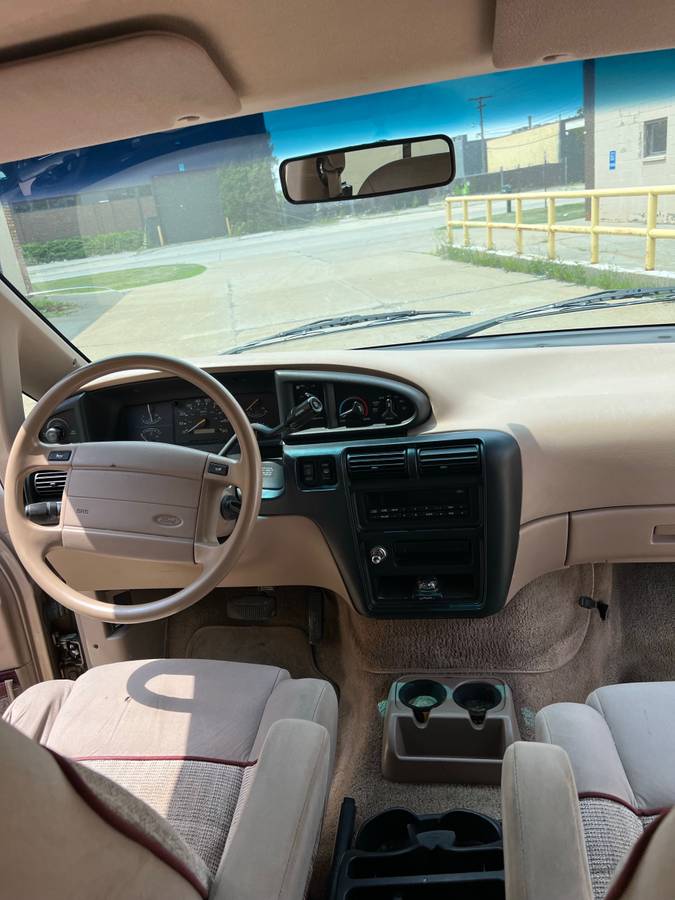 I’ve driven a few Aerostars over the years (including a manual), and I really like how they drive. Less “trucky” than the Chevy Astro and GMC Safari, but more substantial-feeling than a Dodge Caravan or Plymouth Voyager. This one, with the 3 liter engine, will probably be a little lethargic in modern traffic, but that just gives you more time to enjoy the view out that great big windshield. 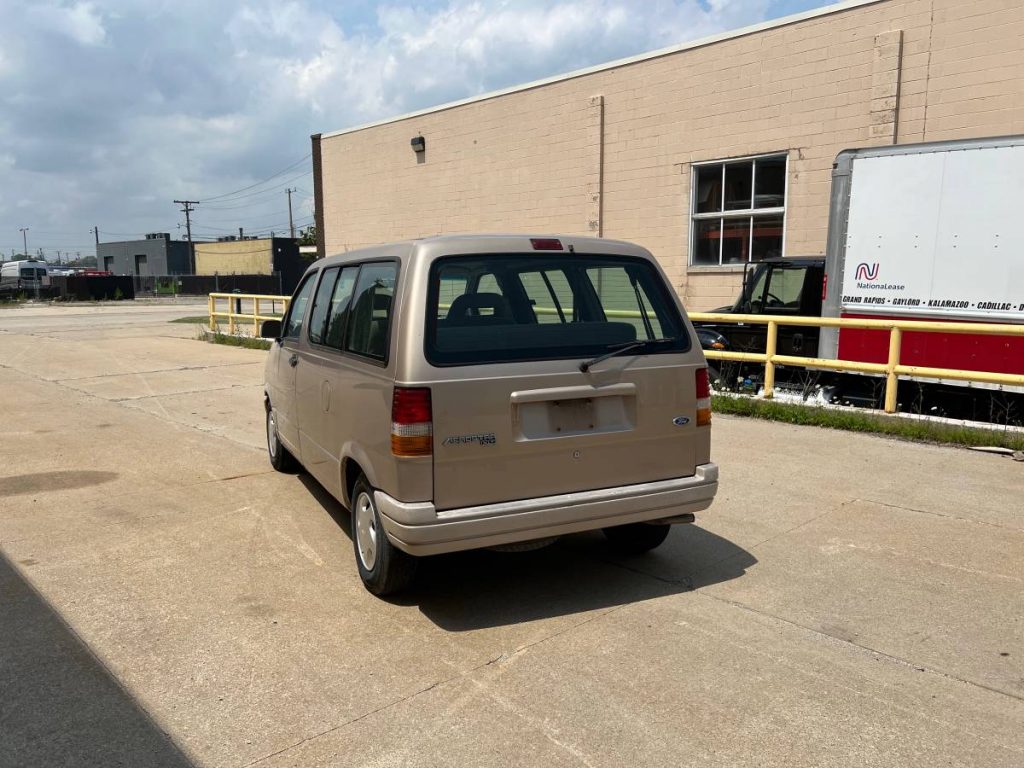 This van has a ton of miles on it, but the seller says it was all highway (but don’t they all say that?). It runs well and doesn’t look bad at all, but there is quite a lot of rust showing in the photos, particularly along the rocker panels. Characteristic of a Midwest car, for sure. 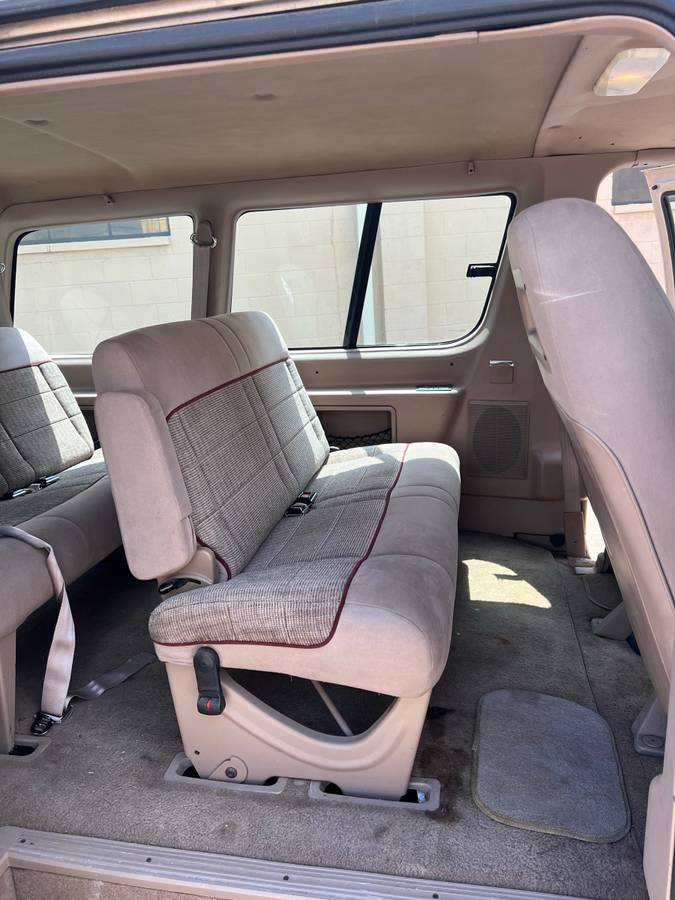 Inside, it looks comfy and well-kept. In fact, this is another one of those vans that I don’t think anyone has ever sat in the back of. If the owner was a traveling sales rep or something, I imagine those rear seats have been stored in a basement somewhere for a couple decades. That could explain their condition. 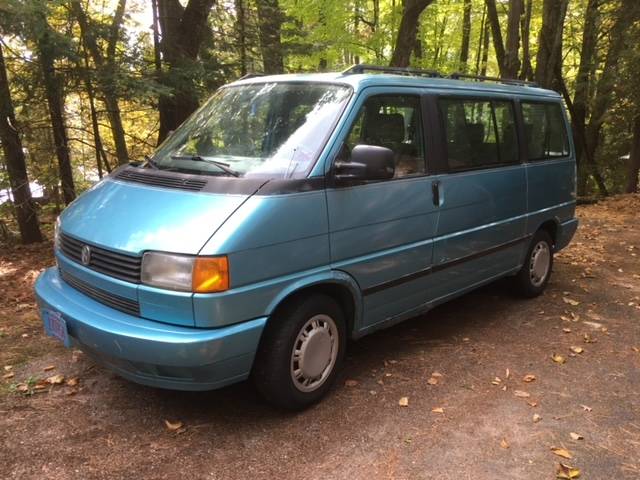 Runs/drives? Yep, but may have transmission issues

VW vans have always had a sort of a cult following in the US. Those who love them really love them, and everyone else just gets stuck behind them on uphill two lane roads. (I kid, I kid…) The Eurovan replaced the Vanagon in the US in 1993, finally bringing VW’s vans in line with what was rapidly becoming the standard transverse engine/front-wheel-drive layout established by Chrysler’s minivans. In this case that engine is a 2.5 liter inline five that won’t do anything to dispel the “VW vans are slow” stereotype. 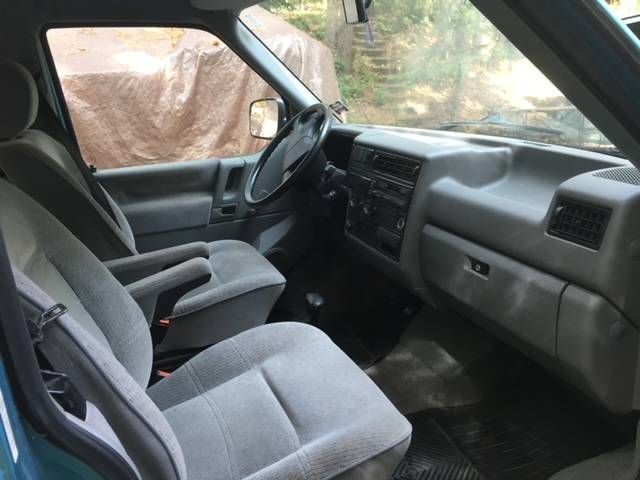 As is typical of VW vans, the Eurovan was available as an RV, complete with stove and pop-up top. This isn’t one of those, but it is the “MV” model, which came with curtains for the side windows and a third row of seats. The middle seats can turn around to face the back row, and I think there’s a table that folds out from somewhere as well. The back seats also fold down into a bed, so technically you can camp in this one, you just can’t cook in it. But that’s what campfires are for, right? 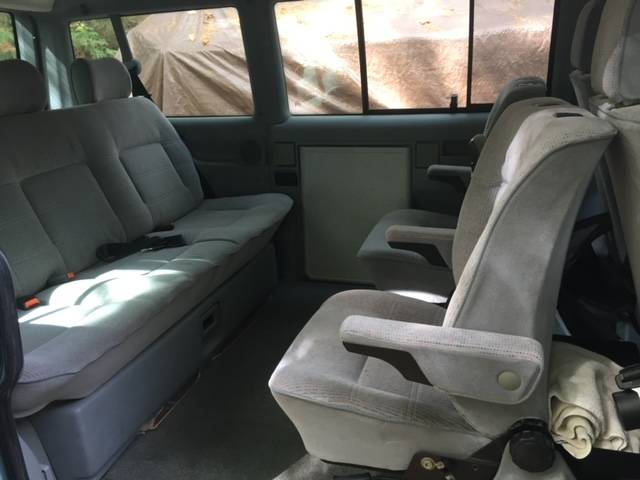 This van runs and drives well, but the transmission seems to have an overheating problem: the seller says it “acts up after a couple hours on the road.” Hard to say what might be going on, but it would be worth taking to a shop that knows VW automatics to find out more. It also needs a muffler, but that’s no big deal. 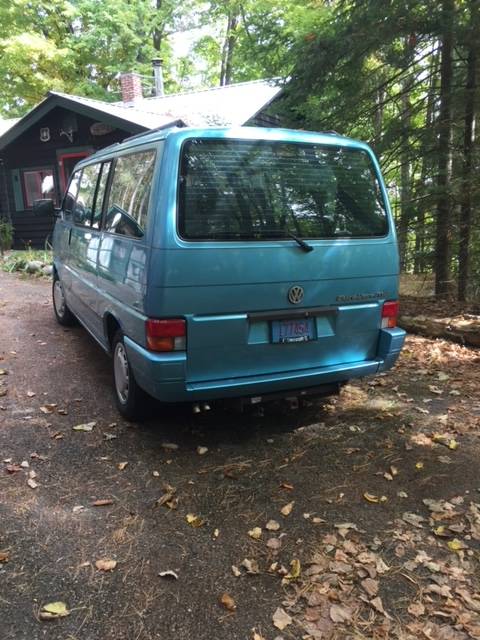 Condition-wise, it looks pretty good, but again, there is some rust showing in the rocker panels. Road salt is hell on cars in the Great Lakes area. You just learn to live with the rust. But I don’t miss it at all, now living on the west coast.

So that’s Monday: a couple of old vans that you don’t see on the road too often these days. Same price, same purpose, close to the same size, radically different ways of going about it. Which one speaks to you?