Facebook-f Twitter Instagram Rss
Menu
Menu
Home » MOPAR or No Car: Which Of These Chrysler K-Cars Would You Take Over Walking?

MOPAR or No Car: Which Of These Chrysler K-Cars Would You Take Over Walking?

I felt a bit bad for Chrysler last week. Two brutal losses, right in a row. We here at Shitbox Showdown are Pentastar fans (sympathizers?) from way back, and we wanted to make sure the company at least got a participation trophy this week. So today, your choice is Mopar or No Car.

First, there is the small matter of David’s sanity as it relates to two prospective project cars. Let’s see how the votes came out: 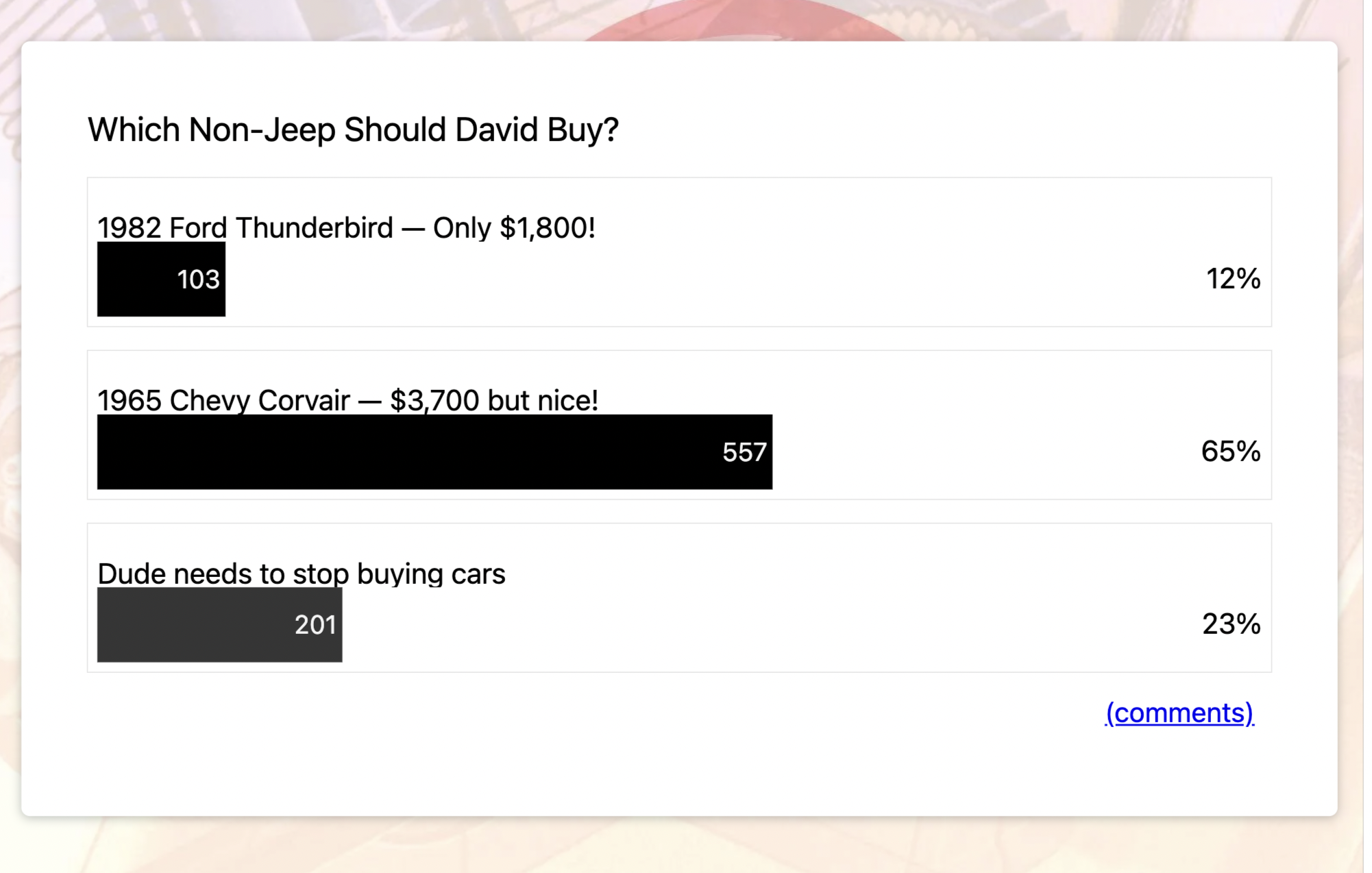 Of course. It wasn’t even a contest, really. Nor was it a fair comparison – that dusty T-bird isn’t even in the same league as the Corvair. So we’re going to leave this result out of Friday’s matchup, leaving just three cars to vie for Shitbox Of The Week. What is interesting about these results is that “Dude needs to stop buying cars” also beat out the Thunderbird, and it might be the best advice of all. [Editor’s note: As I am a cheap bastard, I actually contacted the T-bird owner. It was a one-owner car with an amazing interior for $1800 OBO! -DT]

“If you can find a better car,” Lee Iacocca told Americans in 1982, regarding Chrysler’s K-cars, “buy it.” Despite this advice, millions of people bought one anyway. (I kid, I kid; I’m actually a big fan of Chrysler’s K-era.) As a result of this success, those millions of K-cars became millions of used K-cars, and then a funny thing happened: they aged into really good beaters. Second (or third, or seventh) owners who skipped the depreciation line and bought an old Reliant or LeBaron from a used car lot were rewarded with a decent, sturdy, cheap car that didn’t require a lot of maintenance and wasn’t especially prone to rust. (I’ve even had a few of them myself, over the years.)

But nothing lasts forever, and the days of the $2,000 used K-car are gone. Or are they? To find out, I conducted an exhaustive, nationwide, thirty-minute search of Craigslist ads, and found… two. And one of them isn’t even technically a K-car; it’s a AA-car, but let’s not split taxonomic hairs. It’s pretty much the same thing.

And here they are: 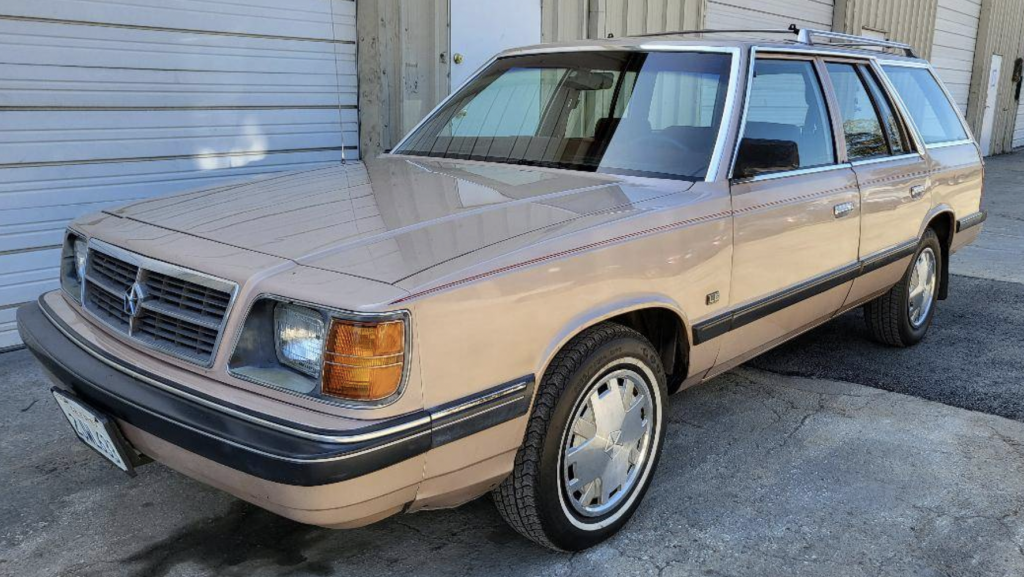 Runs/drives? Doesn’t expressly say it, but “passed smog” is a good indicator

If you can find a more generic wagon than this, you’re looking harder than I ever could. The Dodge Aries and Plymouth Reliant, especially the post-1985 facelift ones like this, are so generic-looking that they were actually used in stock photos as generic cars quite often in the ’80s and ’90s, with the Chrysler Pentastar removed. It is the ultimate expression of form following function, and personally, I kinda love it for that, especially the wagons like this. It’s a box with an engine at the front. It opens in the back to hold stuff. What is this, rocket science? It just works. 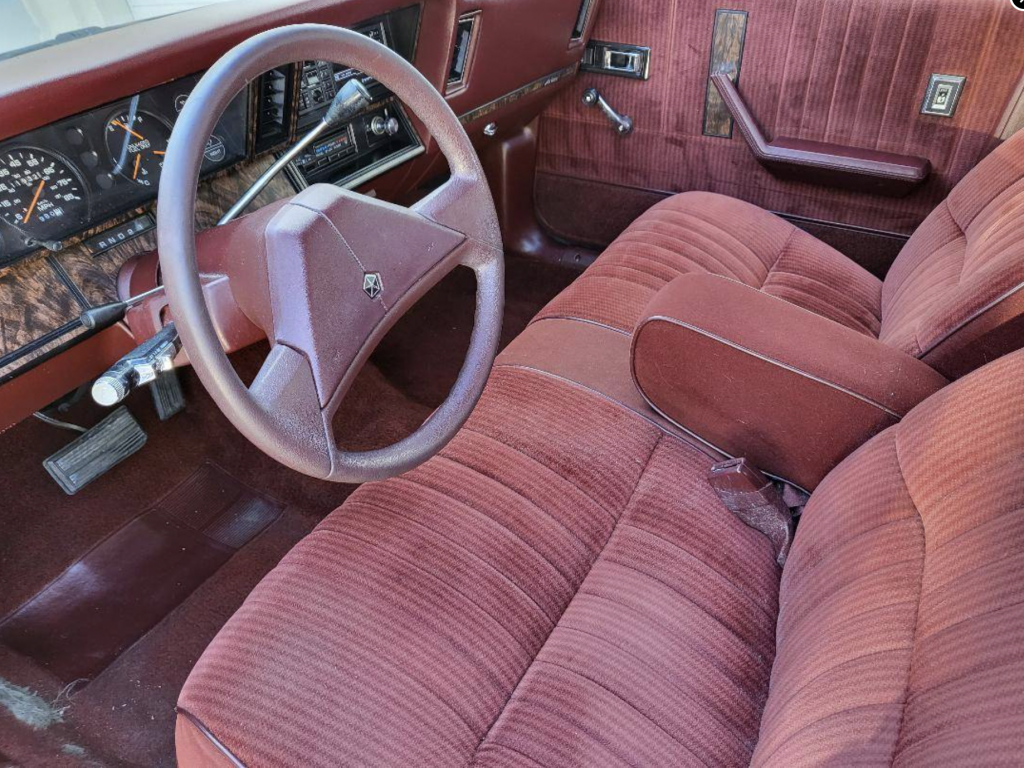 This one seems to be in quite good shape. The paint is shiny, the interior looks practically new, and while there aren’t any underhood photos, I’m sure that throttle-body fuel injected 2.2 is “honestly dirty,” with a few new shiny parts scattered about, and a stack of service stickers on the radiator support, probably all filled out by the same mechanic over the years. (“Don’t let anybody but Hector work on my car; he’s the only one who does it right.” You know how it goes, especially among folks who write their Craigslists posts in all caps.) 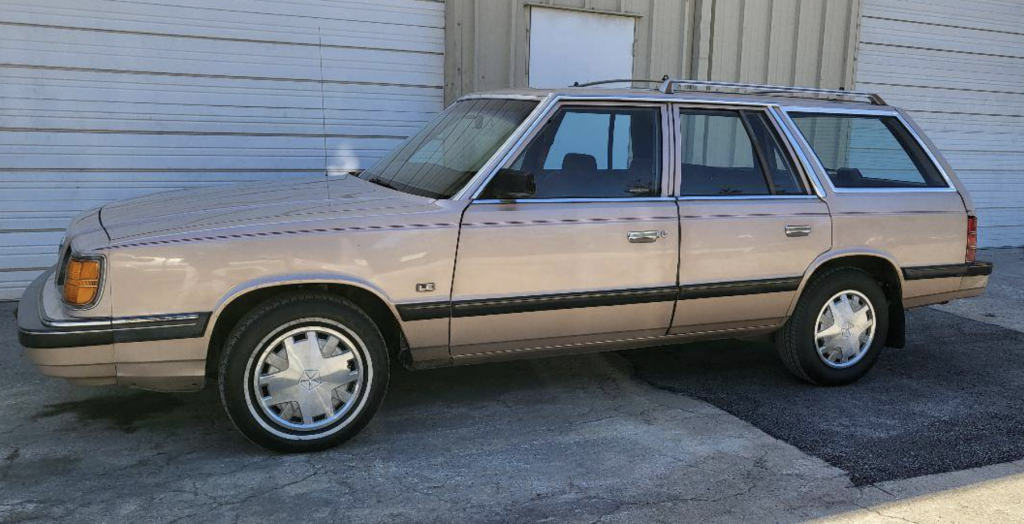 Actually, for $2500, I’d be interested in this myself if I were looking for a car right now. (I don’t just buy them willy-nilly like certain editors I could mention). Yeah, they’re slow and boring to look at, and boring to drive, but there’s a homeyness, an earnestness, to these cars that’s hard to quantify, but if you get it, you get it. A nice reliant automobile, even though this particular one is an Aries. 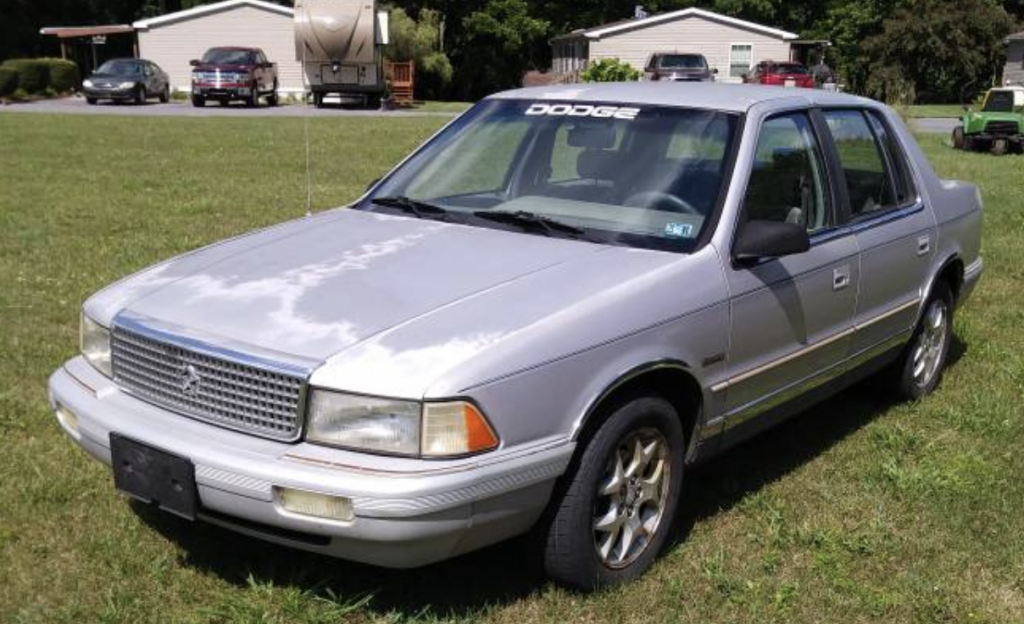 The Dodge Spirit and Plymouth Acclaim were the replacements for the Aries/Reliant. This 1989 example is a first-year model, and thanks to a factory turbocharged engine, has a bit more oomph than the standard K-cars — about 50 horsepower (coincidentally also about 50%)  more. Not an insignificant boost for those days. The motor also gained a balance shaft to take out some of the buzziness inherent in 4-bangers. The basic chassis didn’t change much from the K-platform on which it was based: It’s still front wheel drive and still features McPherson struts in the front suspension and a solid beam axle at the rear, but a bunch of little refinements and lessons learned over eight years of production made the “AA-body” (as the Acclaim is known in Chrysler-speak) a nicer car than its predecessor. 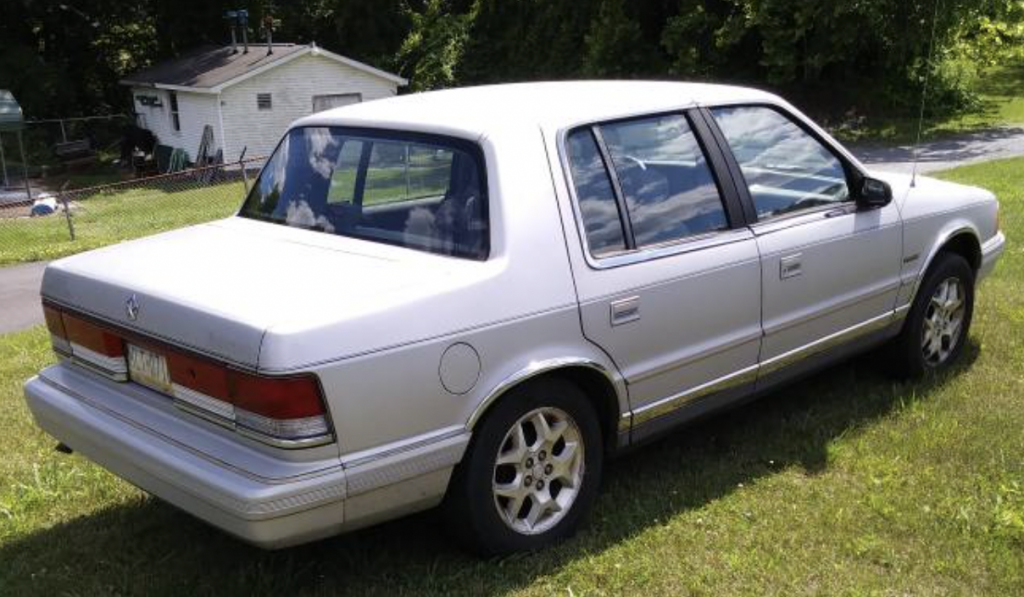 This car also looks quite nice still, except for some minor rust and a case of “clear-coat eczema” on the hood. The bucket seats and floor-mounted shifter are just a little bit sportier than the old-person bench in the Aries (but don’t be fooled – this is no sports sedan), and the alloy wheels are a nice touch. The power windows need a little attention, but on cars this old they usually do.

Mechanically, it sounds like this Acclaim is in good shape, with a recently-rebuilt “Torqueflite” automatic transmission, and lots of work to the cooling system (a K-car Achilles heel), exhaust, brakes, and suspension. This is also the seller’s daily driver, so clearly he trusts it, which is a good sign. 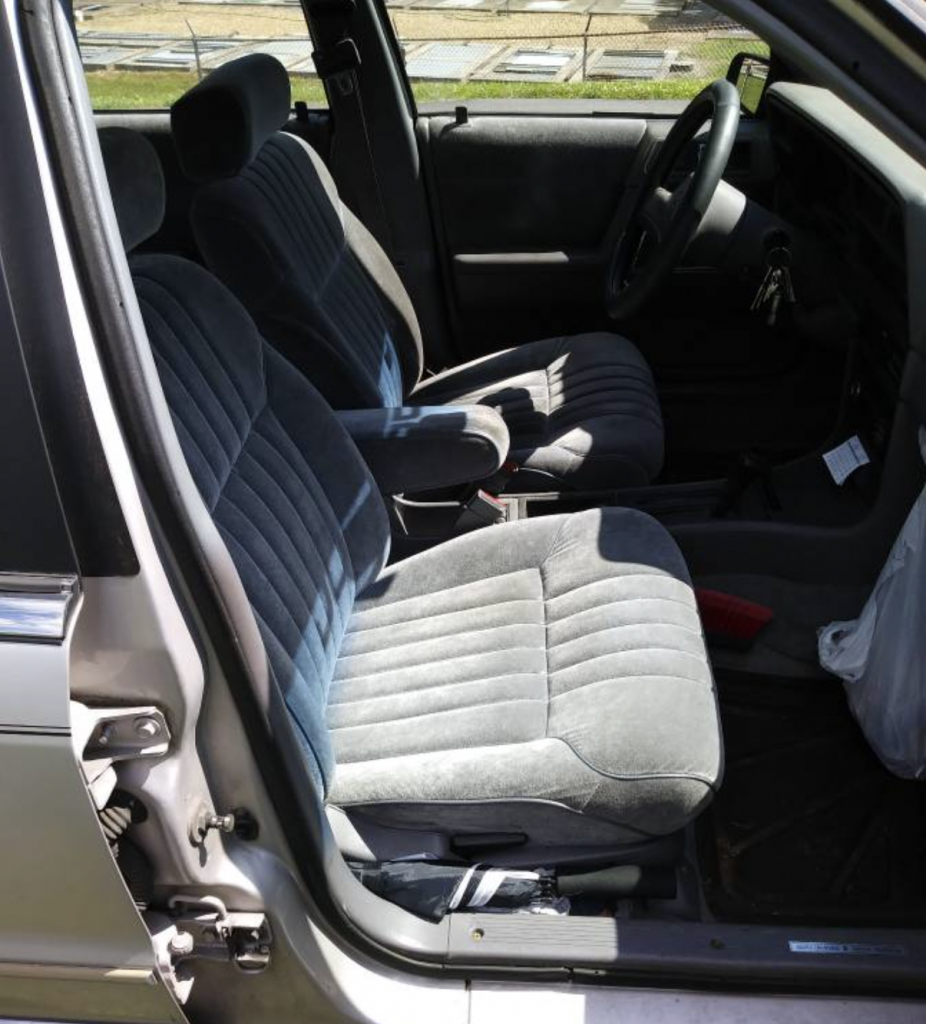 Say what you will, make all the jokes you want; these K-cars saved Chrysler. Without these, you have no Neon ACR, no Prowler, no modern Hemi, no Hellcat Redeye. And, probably, no Jeep, because the K-cars were enough of a success to allow Chrysler to rescue AMC, and Jeep along with it, from oblivion in 1987 [Editor’s note: Jeep would have been fine. The XJ was crushing it; someone would have bought the brand]. So here’s to the humble K. Maybe you can’t find a better car. Which one would you choose?

Read All My Posts »
PrevPreviousCold Start: Cars Have Always Looked Like Other Cars
NextHere’s What Mini Did Wrong When It Modernized The Classic Mini Look In 2001Next