Facebook-f Twitter Instagram Rss
Menu
Menu
Home » Now That BMW iXs Are Driving Around: Do You Think It Looks Better Or Worse Than Initial Pictures?

Now That BMW iXs Are Driving Around: Do You Think It Looks Better Or Worse Than Initial Pictures?

Sometimes as a journalist, you have to fall on your sword and admit that you were too harsh, and that’s what I’m doing today. Back when BMW debuted its iX, I initially kept my stance on its rather polarizing looks (giant grille, squinty headlights) rather neutral, realizing that I should give the car a chance. But then BMW did some bizarre marketing, as the brand is wont to do, and I let ’em have it (well, a little, at least). Now it’s time for me to just say: I was a bit harsh. The BMW iX flagship electric SUV is quite stunning in person.

Look at how fairly I covered the BMW iX when it debuted in November of 2020. I didn’t even mention that face in my headline!: 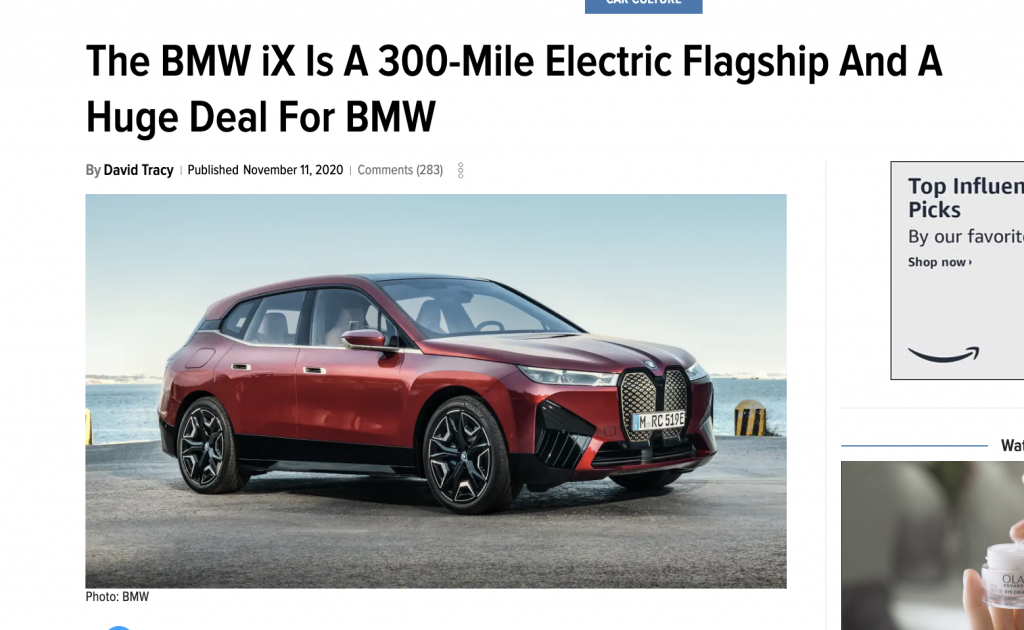 Hell, my conclusion paragraph was rather mild, too!:

This is a big deal for BMW. As the world transitions over to EVs, brands like Tesla, Volkswagen, Mercedes, Jaguar and Audi have put lots of focus on offering a compelling crossover SUV option. It’s an important segment to be in, and based on the little information BMW has given about this new iX—set to hit the U.S. market in 2022—it seems the brand is going to have a genuine competitor.

I’d just like to point out at that readers were not so kind. Here are the first few comments on my article: 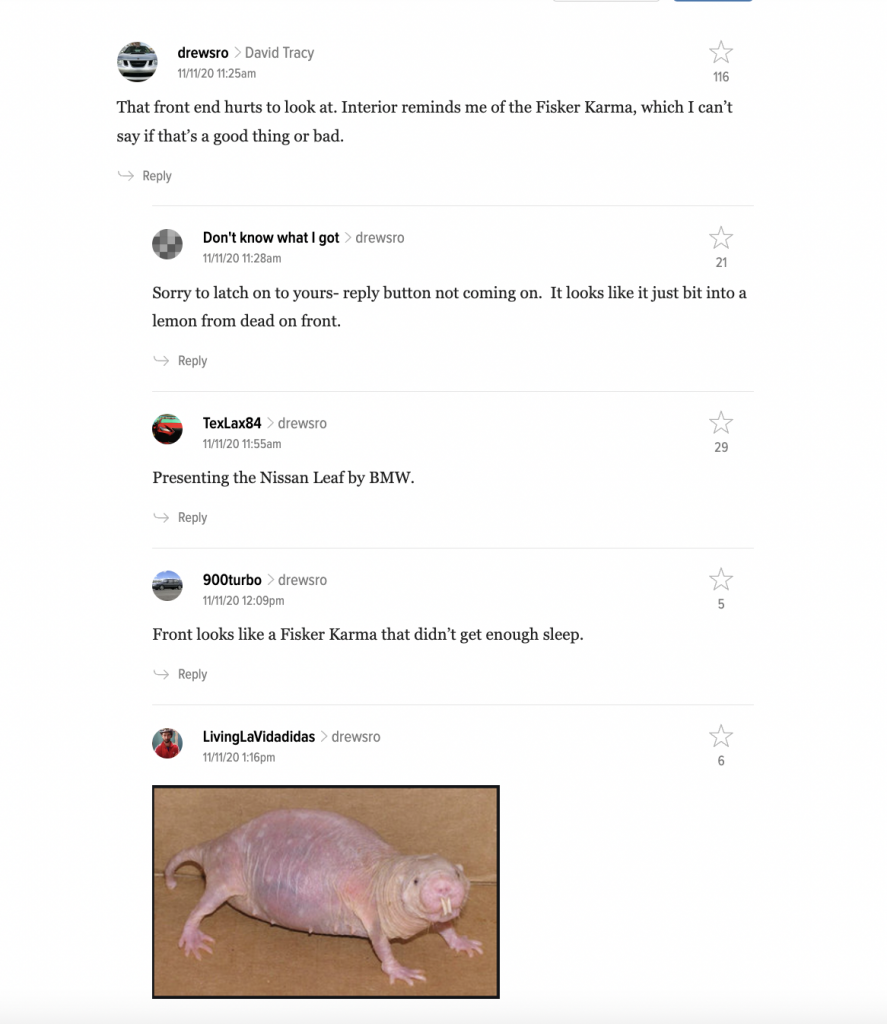 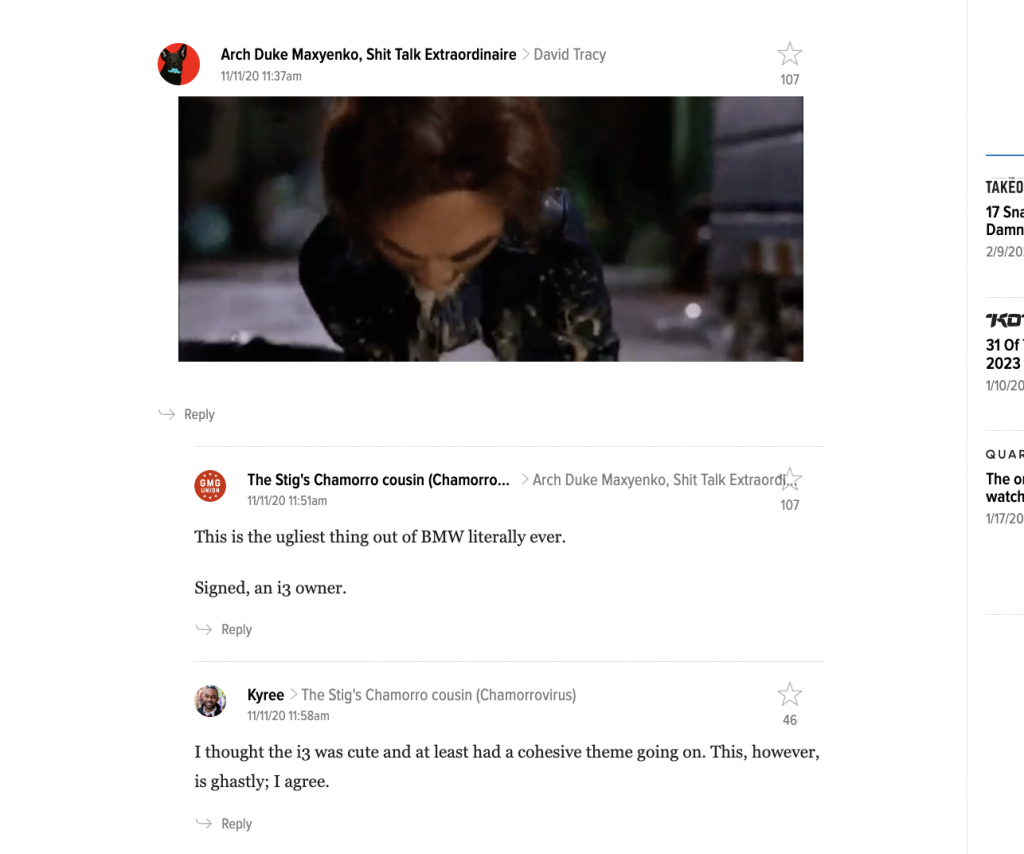 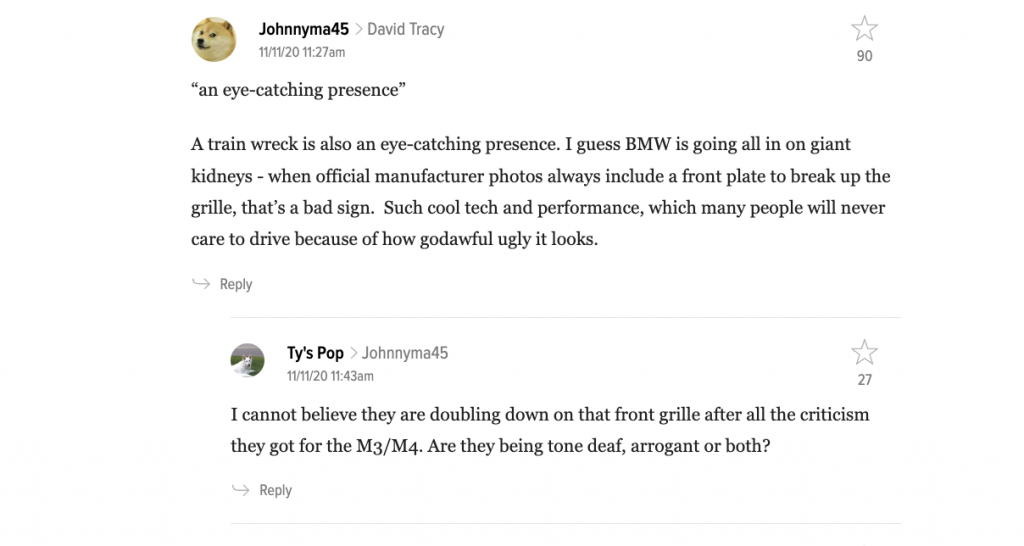 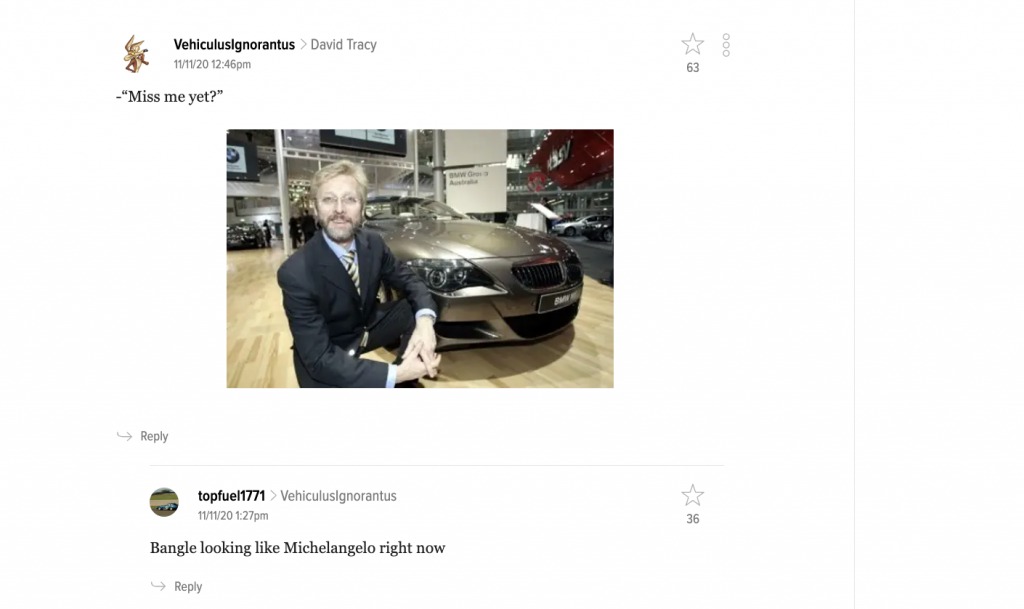 Wow those are hilarious. My favorite is “Bangle looking like Michelangelo right now.” So good!

Anyway, I was fairly nice on that initial article, but then came a weird marketing campaign, and I just had to land a little jab: 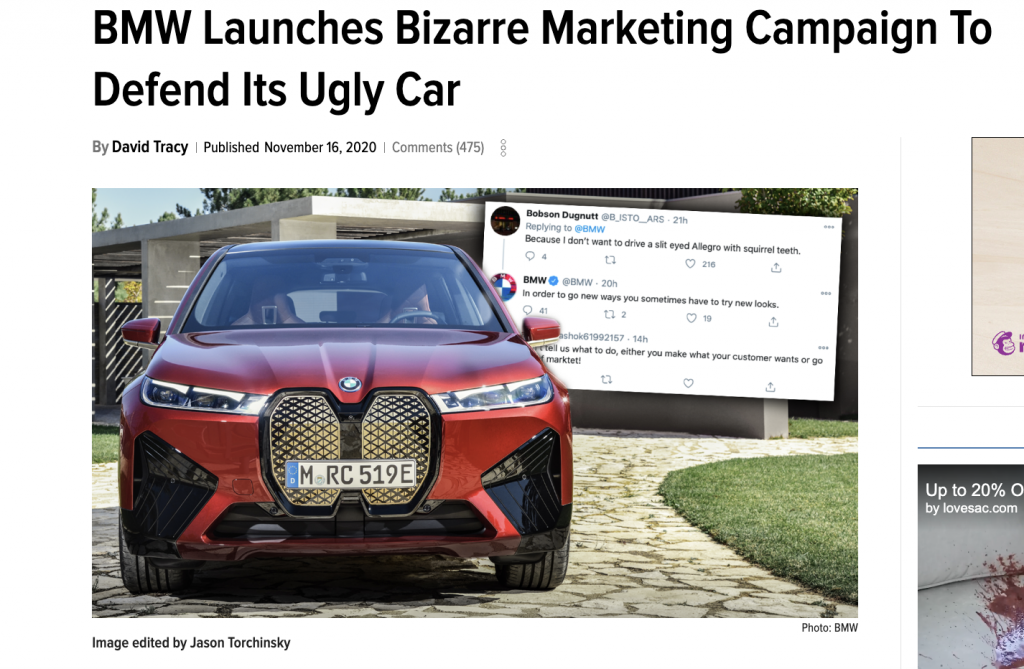 Here’s one of my main points in that article about BMW’s seemingly-defensive new catchphrase “What’s your reason not to change?” and specifically its use of “OK Boomer”:

BMW is so keen on defending its iX that the brand tweeted the marketing slogan preceded by the expression “OK, Boomer” (see below). This seems like an even more questionable move than simply trying to convince people who find the design ugly that they’re being too narrow-minded. After all, despite their copious flaws as a group, Baby Boomers do have one thing that younger generations don’t: Money. And lots of it.

Dismissing that demographic with the phrase “OK, Boomer” seems like a questionable call to make, especially for a luxury automaker 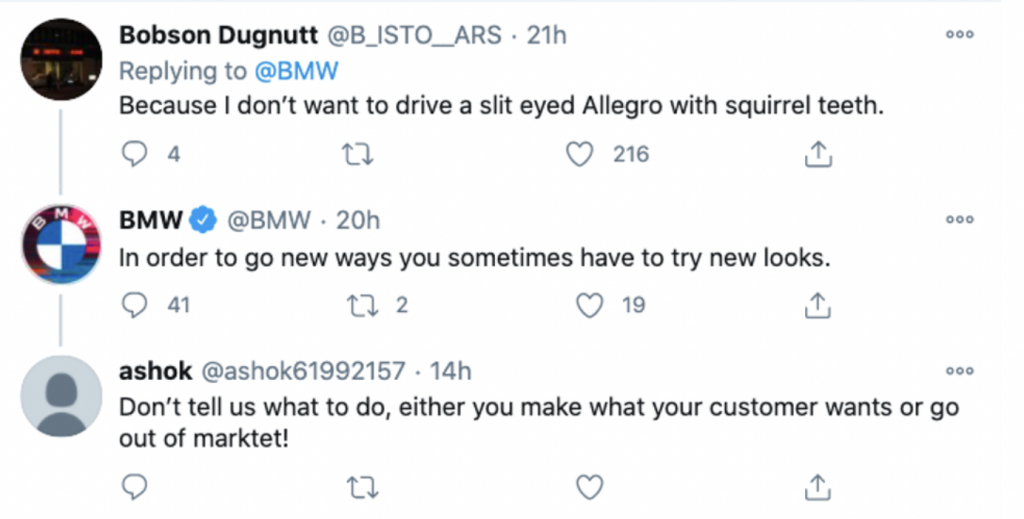 And BMW responded! “In order to go new ways you sometimes have to try new looks” was the brand’s response to “Because I don’t want to drive a slit eyed Allegro with squirrel teeth.”

Bold on BMW for responding, there. The right move? I don’t know. I did write about it, so perhaps!

Here’s a bit more from that article in which I criticized BMW’s defensive marketing/PR strategy:

It’s worth mentioning that the campaign “What’s your reason not to change?” isn’t just about the iX’s appearance, it’s actually focused on folks’ reluctance to adopt electric cars. On the campaign’s main webpage, you’ll find BMW’s answers to a number of questions that people have about EVs and their limitations. But of course, there’s still plenty about the iX’s design. Here’s a quote:

You will always have plenty of reasons to change.

But the truth is: It’s always easier to find a reason not to. It might not be the best time for you right now, or perhaps you find yourself in the wrong place. You might think that technology still hasn’t reached its peak, or that the design looks strange.

The monolithic design with few, very precise lines demonstrates character and gives the car a modern appearance. The BMW iX is bold and yet clean and elegant.

The BMW iX shows how we can give new technologies a very modern and emotional design.

After all of that — after the vicious criticism and BMW’s many attempts to stop the bleeding — time, the decider of many controversies on this earth, has seemingly sided with…BMW!

Obviously, this is not an opinion shared by everyone, but as someone who was initially critical, I’m perhaps less inclined to admit this than others: The iX looks quite nice in person. I didn’t think this could be possible, even after a businessman at the German Car of the Year event in Germany told me this after having purchased his own — but it turns out that he was right.

You know who else was right? Autopian cofounder Jason Torchinsky, who wrote this way back in September of 2021: 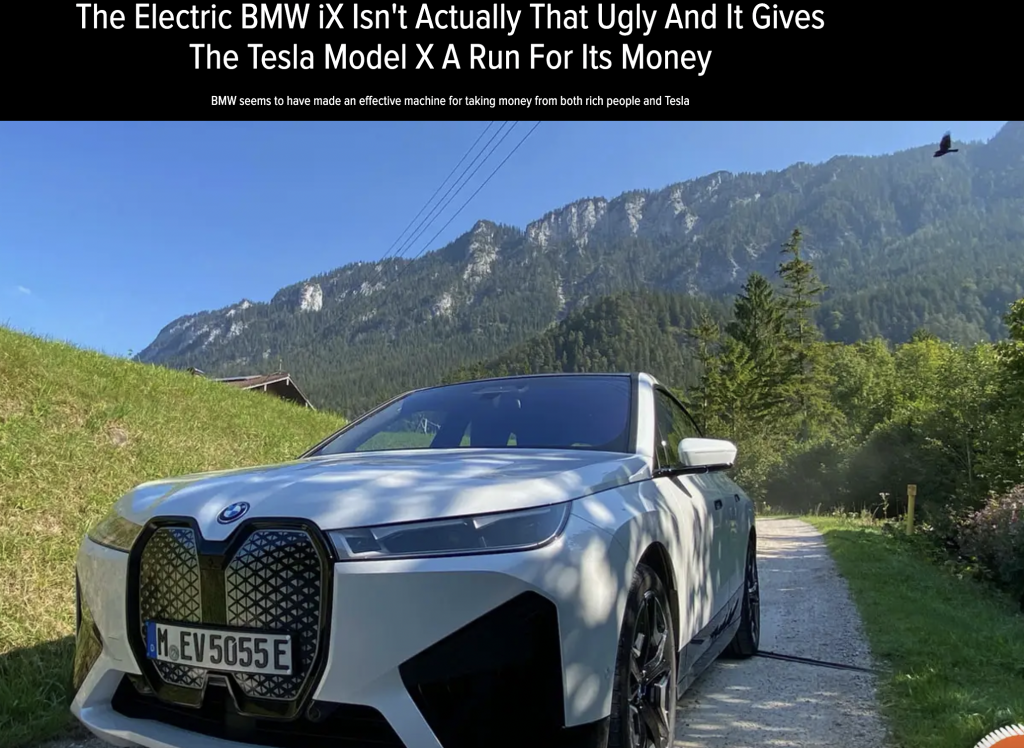 [Editor’s Note: I stand by this still. This is one of those cars that just works better in person than in pictures. None of the critiques are really wrong, they just don’t seem to matter as much when you’re standing next to the thing. – JT]

I say this because I recently spotted an iX in the Ace Hardware parking lot, and I thought it looked great in person — sharp, futuristic, sleek. I’m into it, especially in this color: 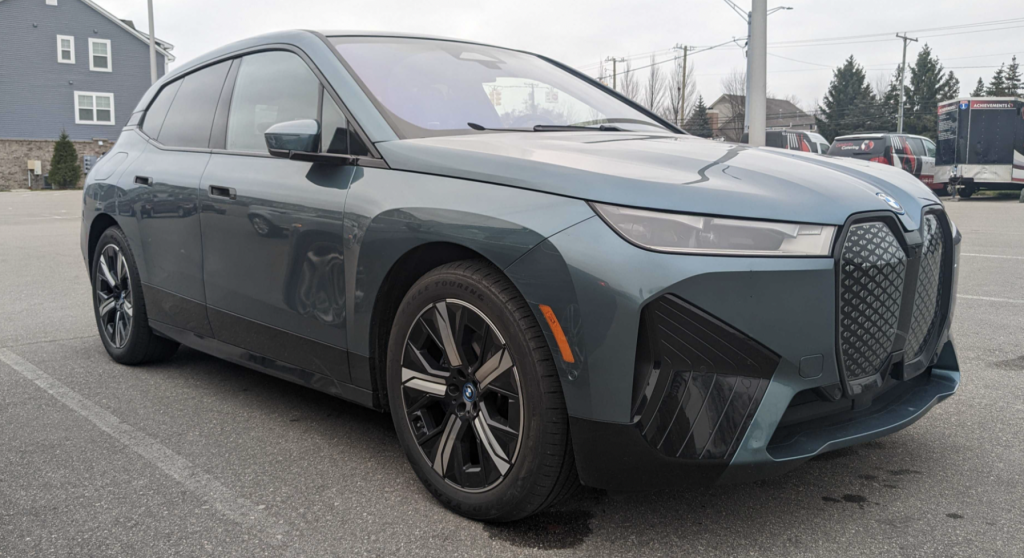 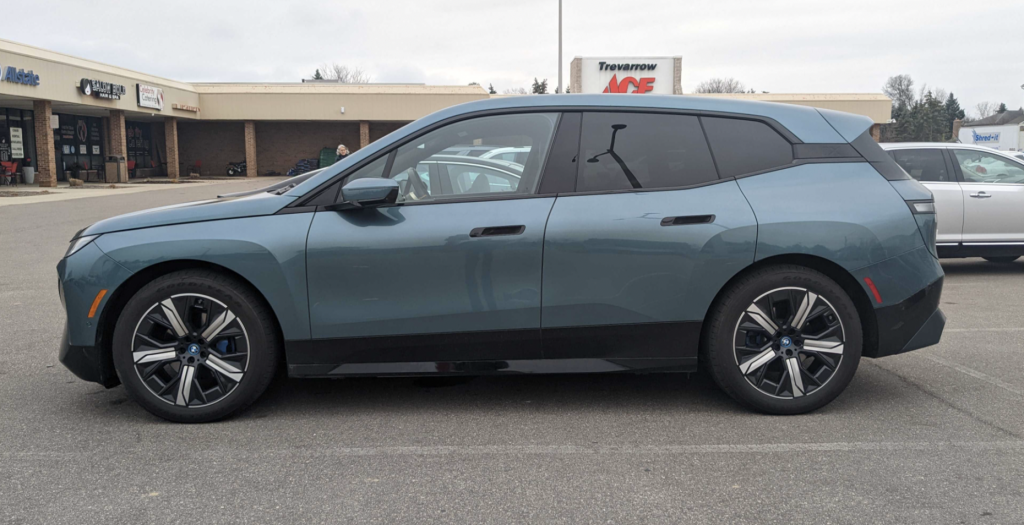 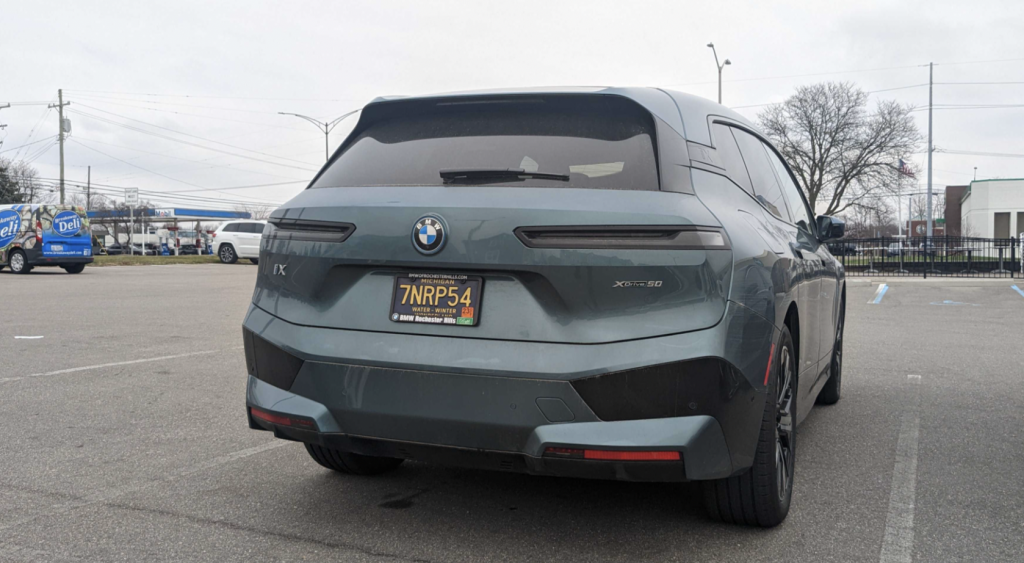 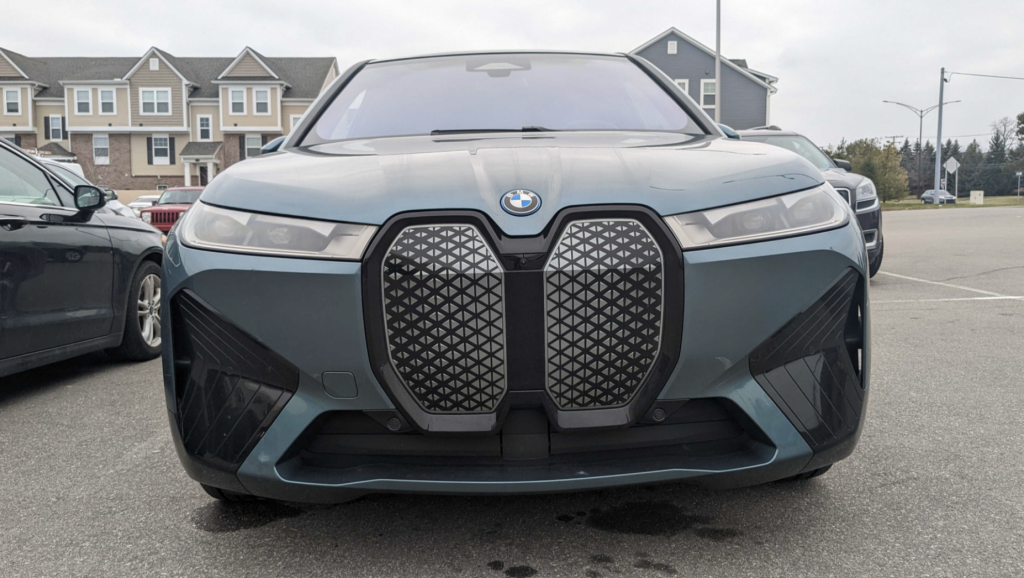 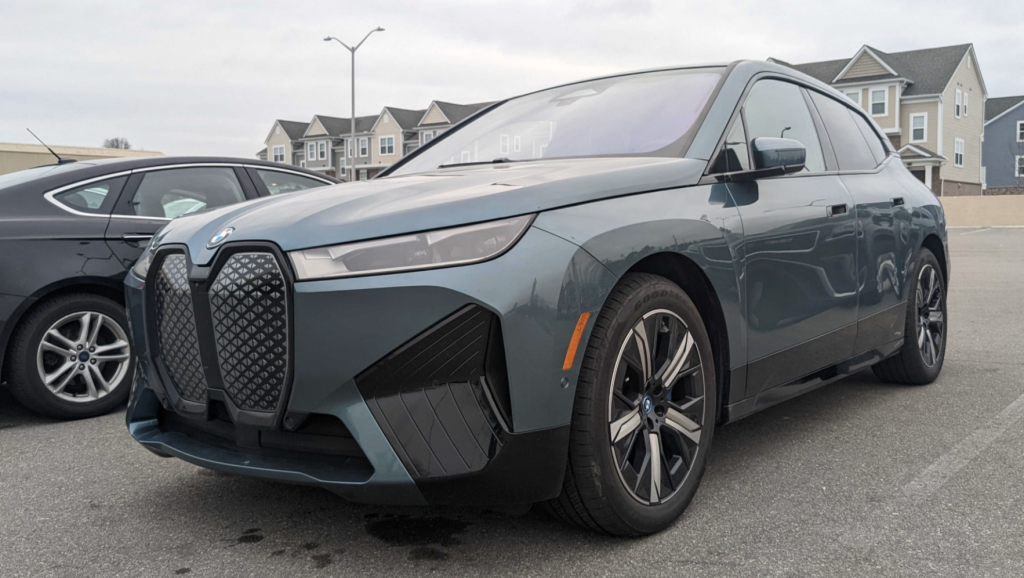 I’d initially planned to toss this article into the trash, as our very own expert designer, Adrian Clarke, threatened me with things too diabolical to even mention, but I recently spotted this tweet from a car photographer I follow in Twitter, and now I feel like I’m less alone, here. Plus, I’m hoping Adrian doesn’t see this article:

Looking less weird to me these days as well????‍♂️???? (also props to the A6 owner keeping that alive 😉

Is the world coming around to the iX? To those of you who’ve seen one in person — how are you feeling these days about Munich’s flagship electric SUV?

[Designer’s Note: Hi, it’s Adrian Clarke, The Autopian’s in-house car designer. Nice try, David. No way you were publishing this without me noticing.

Readers, I think all this worrying about moving has reformatted David’s head, rewriting the bit that controls the eyesight. I mean, I know he wears glasses but I had assumed as he can drive his optical cortex was functioning somewhat, but it appears not. There’s so much wrong with the appearance of the iX it’s hard to know where to direct the spleen juice first. Remember when you were little and tried on your dad’s suit? That’s what the body of the iX is like. Flabby and oversized and creased in all the wrong places. There’s competing shapes fighting each other all over the place, the wheel arch flats are stolen from a completely different car making it look under wheeled and the C pillar is all wrong. There’s corners where there should be curves and the whole thing shrieks of inconsistency inside and out. The color ways are bad, the wheels are terrible and there is not one thing I can find about this eyesore that I like. Put the entire production run into a burlap sack and chuck it into the Danube so no-one should ever have to gaze upon the horror ever again. -AC].

Rust-loving Jeep man, cofounder and EIC of The Autopian, Jason's friend. Email: david@autopian.com
Read All My Posts »
PrevPreviousWe Really Ought To Give Iowa A Try: 1995 Chevy S-10 vs 1986 Ford F-150
NextAlpine Is Coming To The United States And Appears To Already Be Screwing It UpNext