Welcome back! Today we’re going unseasonably topless and looking at a pair of convertibles. But first, let’s see which project you chose yesterday:

Well, I can’t disagree with that. I’ve loved the MGB GT since I was eight years old, which is why I have one. This one looks like a good blank canvas to start from, and you’ll certainly know something about cars by the time you get it back on the road. Somebody go grab that thing and join the fun!

Now, for today’s choices, I didn’t actually go looking for convertibles. I just happened to find two that piqued my interest. Apparently the automotive classified gods want us to look at droptops. So be it. 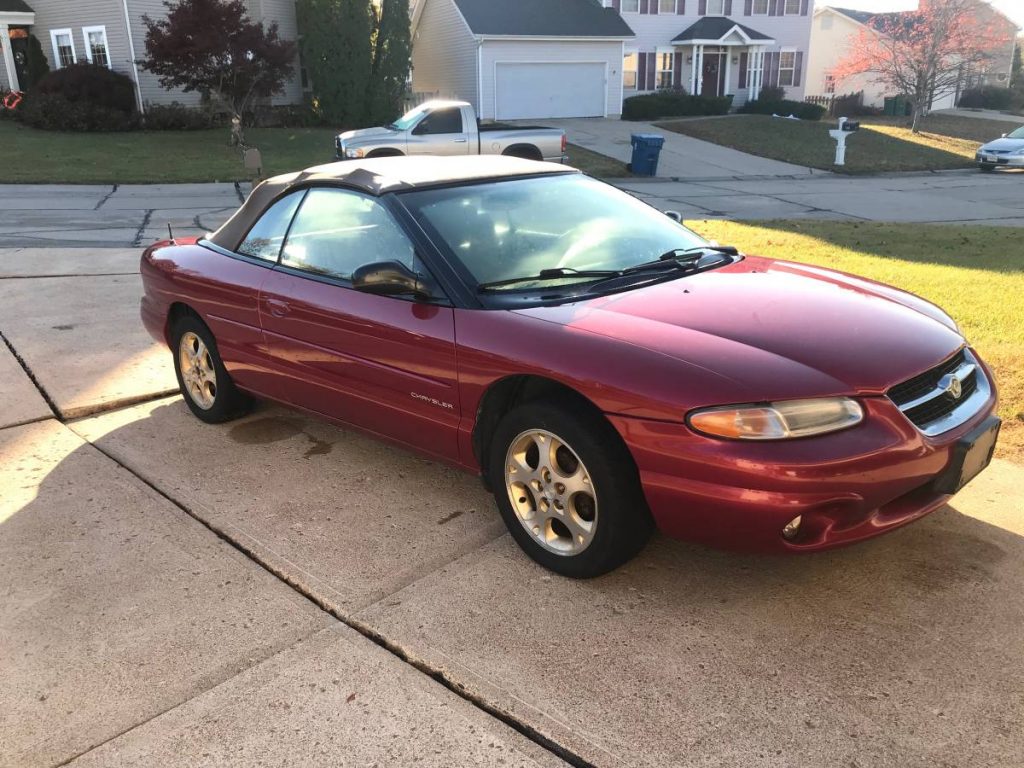 If you rented a convertible any time between about 1996 and 2010, chances are it was a Chrysler Sebring (or maybe a Mustang). My wife and I spent a very pleasant weekend with one down in Los Angeles going to a wedding. They’re nice cars. But that rental-car stigma has stuck with them, and a lot of people are surprised when they hear that some folks actually own them, and you can actually buy one. 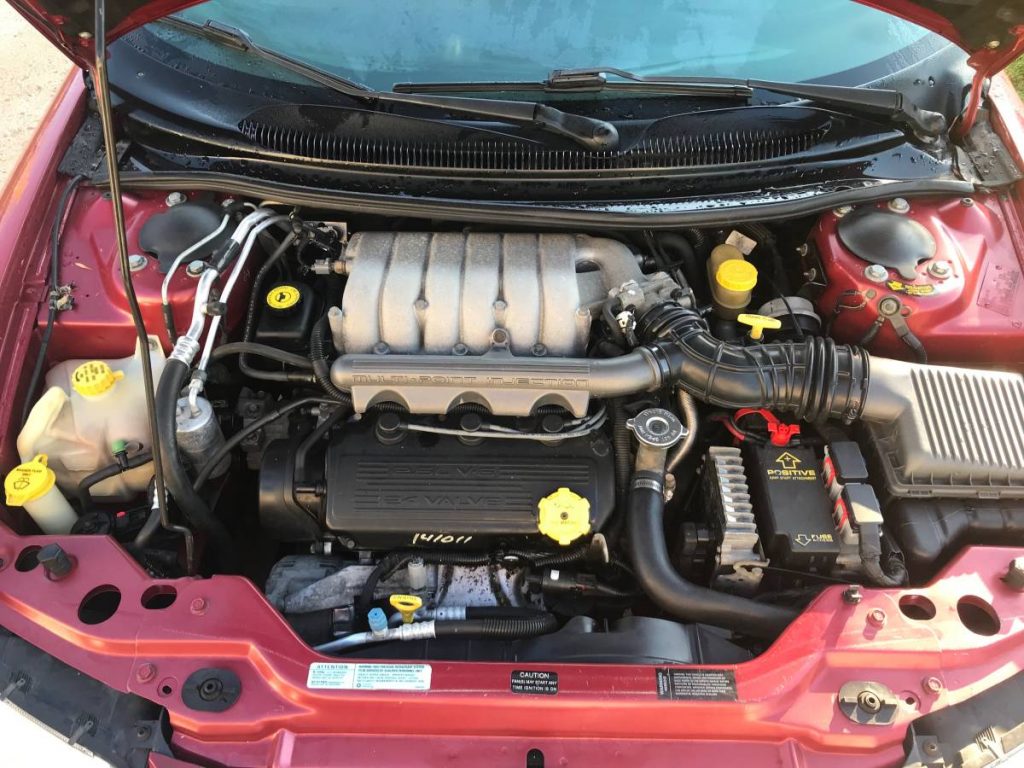 This is the first-generation Sebring Convertible, which was a completely different car from its hardtop counterpart. The convertible was related to the “cloud cars:” Dodge Stratus, Chrysler Cirrus, and Plymouth Breeze. The coupe was not; it was based on the Mitsubishi Eclipse, and built alongside it at Diamond-Star Motors in Illinois. The two versions had completely different chassis and sheetmetal, and offered different four-cylinder base engines, but shared the same Mitsubishi-based 2.5 liter V6 as an option. 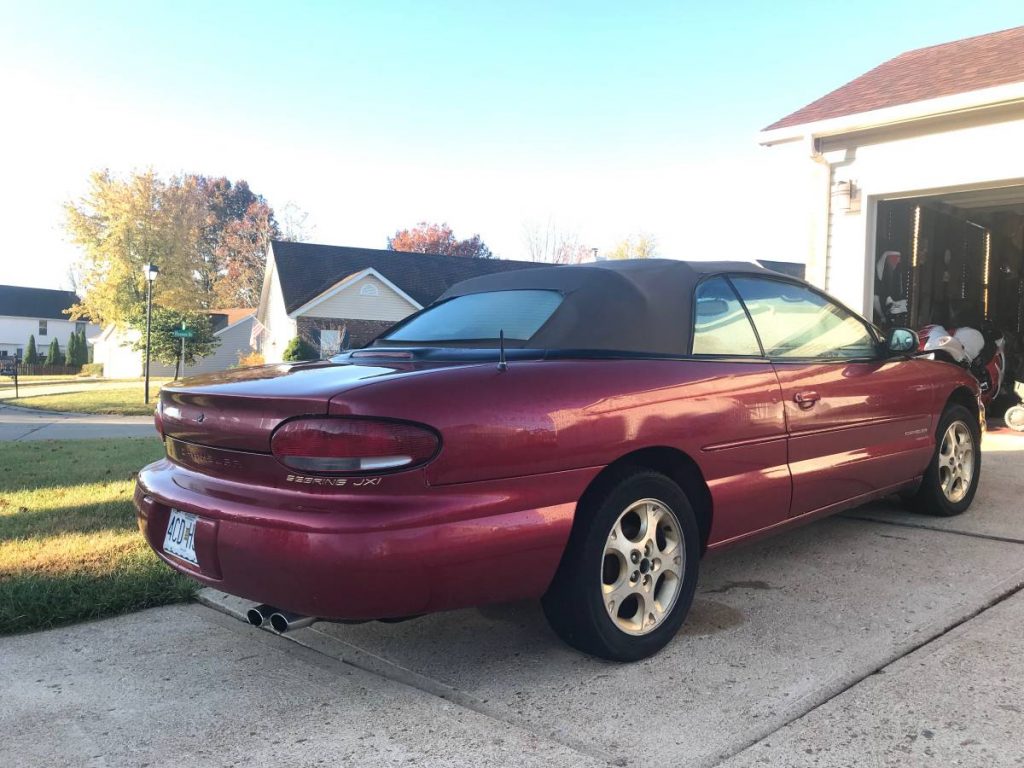 This Sebring convertible has had its engine and transmission replaced at some point, but there is no indication of the mileage of the replacements. I doubt they were new. The car comes with a service history, so maybe that information is included there. As it sits, it runs and drives well, and everything works as it should. 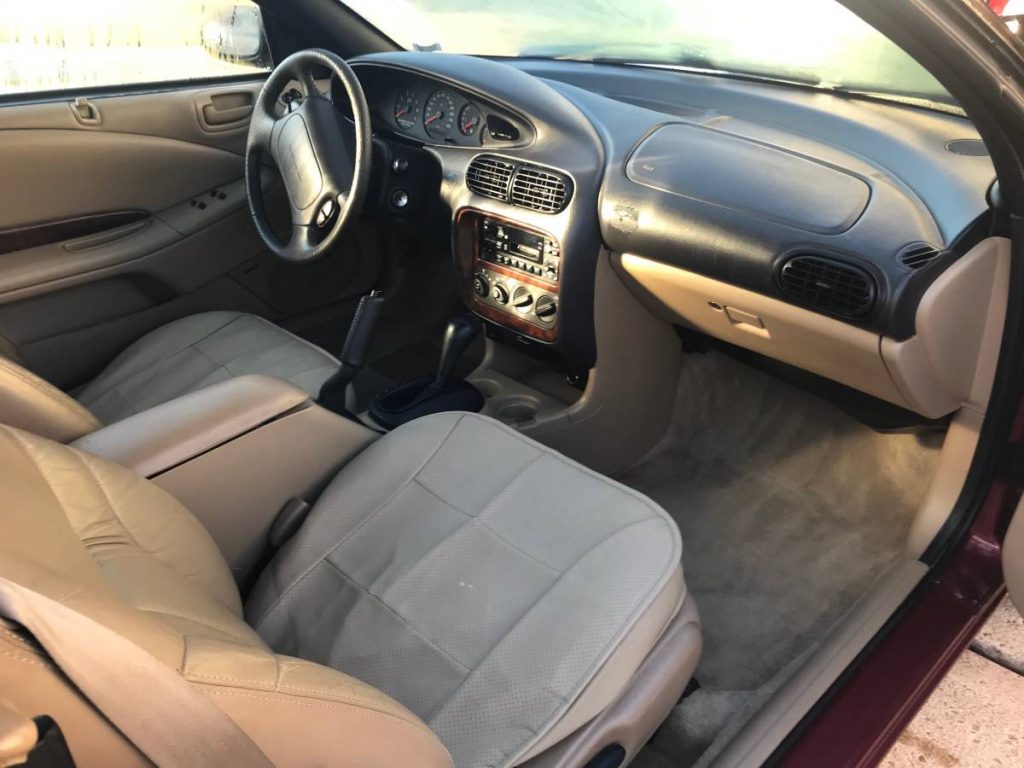 It really does look like a nice clean car. The seats look a little mashed-down, but the leather is in good shape, and it’s nice and clean inside. Outside, the paint looks nice, and it’s a good color, too. All the rental Sebrings seemed to be white or silver; it wears this cranberry color well.

I’ll just go ahead and say it: I really like this car. Being a Midwest car, it should be checked carefully for rust underneath, but as a convertible it may have escaped the worst of the road-salt wrath. If it checks out, I think this would make a nice daily driver, actually. 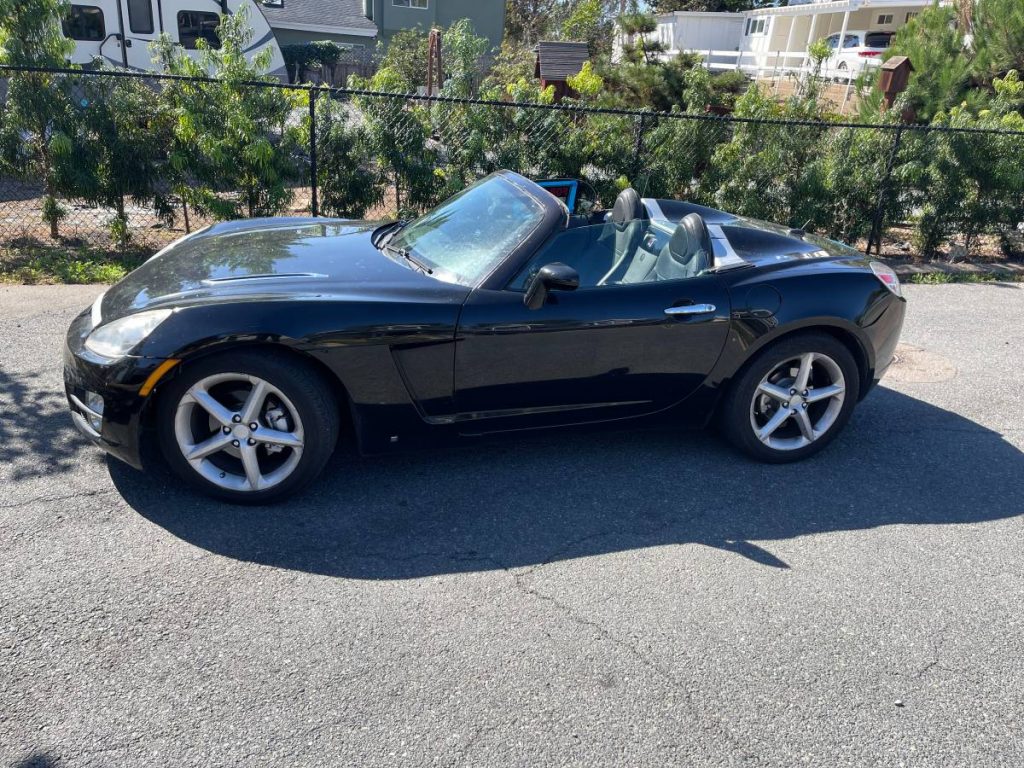 Runs/drives? Yep, but check engine light is on

The Saturn Sky, and its sister model the Pontiac Solstice, were a big surprise when announced in 2006. A rear-wheel-drive two-seat roadster from General Motors wasn’t a surprise; the Corvette has been around for decades, after all. And the Pontiac variant kind of made sense; they were GM’s performance division ever since John DeLorean’s days. But a Saturn? Really? The same folks who built all those stodgy-but-reliable sedans in the 1990s? 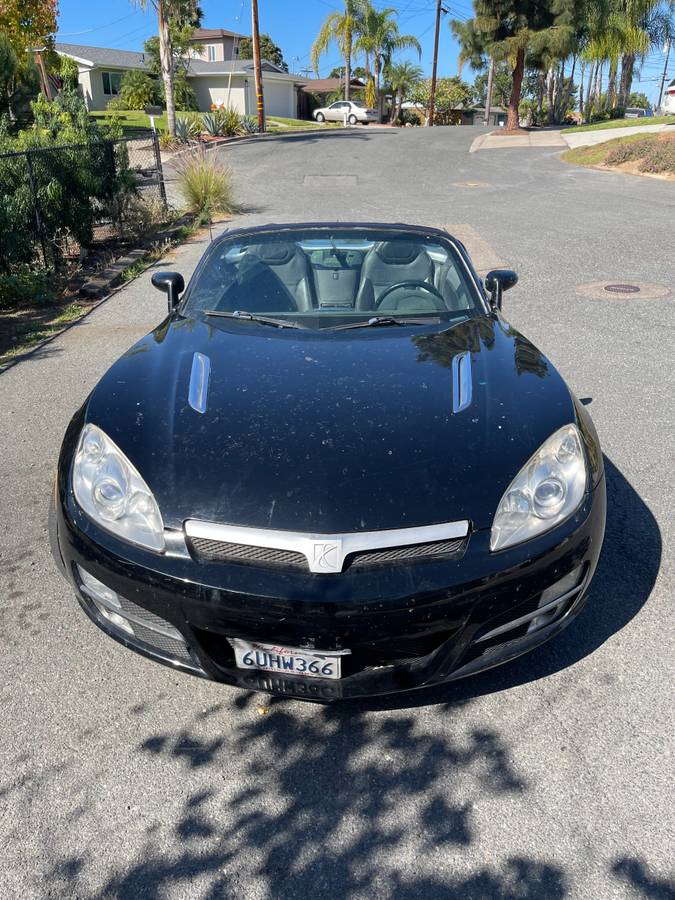 Yep, Saturn. Really. Not only that, but they offered some serious horsepower from the “Red Line” model, with a 260 horsepower turbocharged version of GM’s Ecotec four. Our own Mercedes Streeter has one, in the best possible color: bright screaming yellow. Sadly, the Sky we’re looking at today has neither the Red Line’s hot motor nor its manual gearbox. Instead, it makes do with a 2.4 liter naturally-aspirated Ecotec, backed by a five-speed automatic transmission. 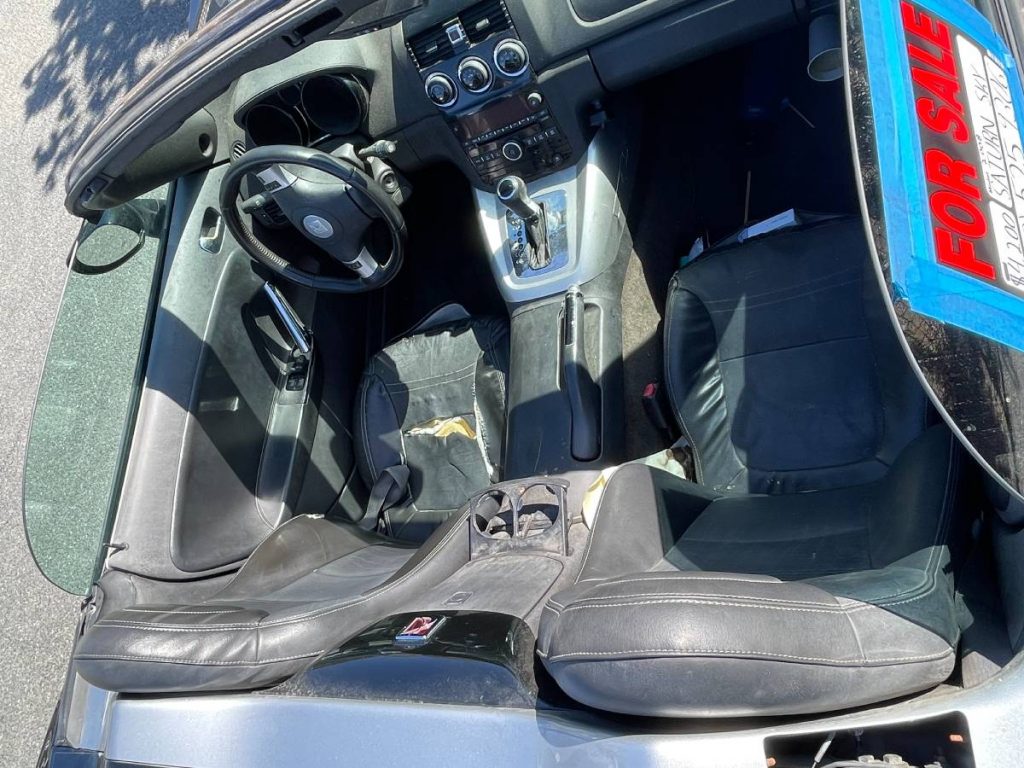 This Sky is cheap for a reason. Several reasons, actually. It has only 120,000 miles on it, but shows quite a bit of cosmetic wear and tear. The check engine light is also on, for an unknown reason. The top doesn’t seal properly; not an issue in sunny San Diego maybe, but buyers in less friendly climates might take issue. And last but not least, it has a salvage title, also for an undisclosed reason. The seller has got some ‘splainin to do, I think. 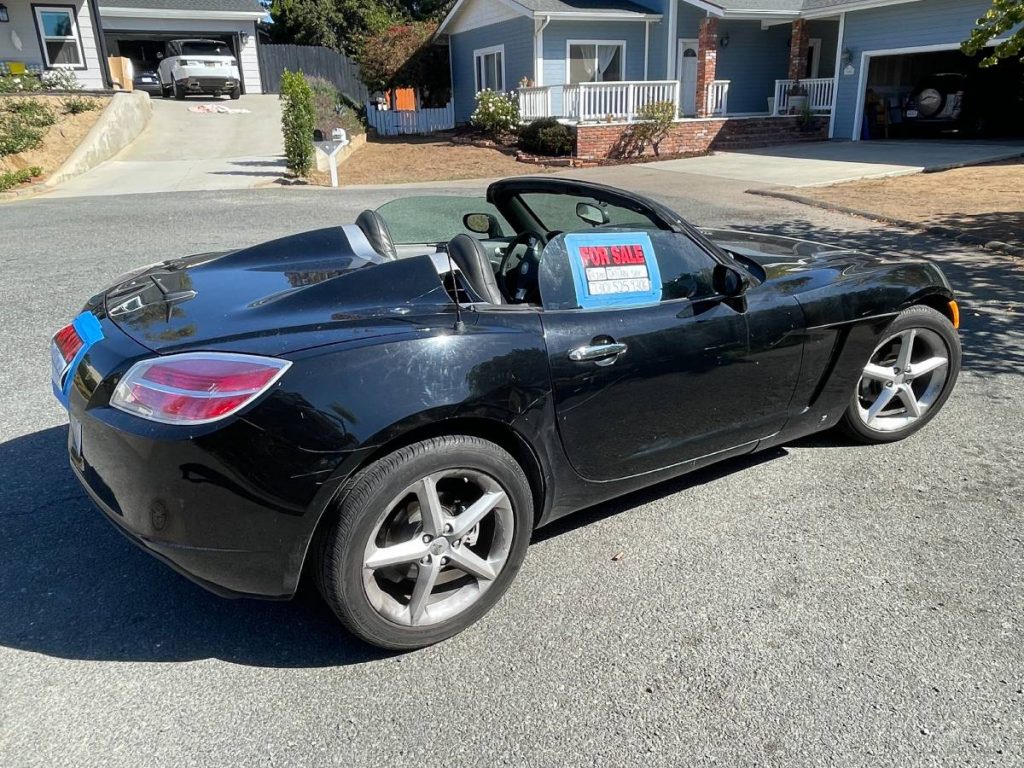 But if some questions can be answered satisfactorily, this might be a good, fun, cheap runabout. You’re not likely to find a drivable Sky or Solstice for cheaper.

So there they are. Unusual choices, especially for mid-November, but I’ve never been one for convention. Either one of these could be a really good deal for the right person, I think. Which one is right for you?