Welcome back to Shitbox Showdown! This week is another theme week: discontinued nameplates. Not companies that went out of business, but marques that were abandoned by their parent companies. We’re starting off with General Motors, and a marque that never could decide if it was going to be all about luxury or performance: Oldsmobile.

Since there was no poll on Friday, I don’t have any winners to announce.  But the general overall consensus seemed to be that the Taurus was the most flammable, with the Saab and the BMW splitting the daily-driver vote. Myself, I’d daily the BMW and try my hand at rallycross in the Saab. And yeah, burn the Taurus. It’s just not special or interesting compared to the other two. If one’s got to go, it would be the least mourned.

But enough of that; we’re here to talk about Oldsmobile.

Founded in 1897, and brought under the GM umbrella in 1908, Oldsmobile had a storied history before being unceremoniously chucked out with yesterday’s lunch leftovers in 2004. Olds was the first to build cars on an assembly line (1902), the first to offer a fully automatic transmission (1940), and possibly the first car to have a song written about it (1905). They had the best-selling nameplate in the country – the Cutlass – for a few years starting in 1976.

And yet, by the 1980s and ’90s, Olds had developed an identity crisis, and struggled to find their place in GM’s lineup. They weren’t “sporty GM;” that was Pontiac. They weren’t “posh GM” either; Cadillac and Buick held that honor. “Baby GM” was Geo. (“Scary GM” was the Chevy Vega.) So where did that leave Olds? Sure, “This Is Not Your Father’s Oldsmobile,” but then, whose is it?

Well, one of these could be yours, if you want them. Let’s check them out. 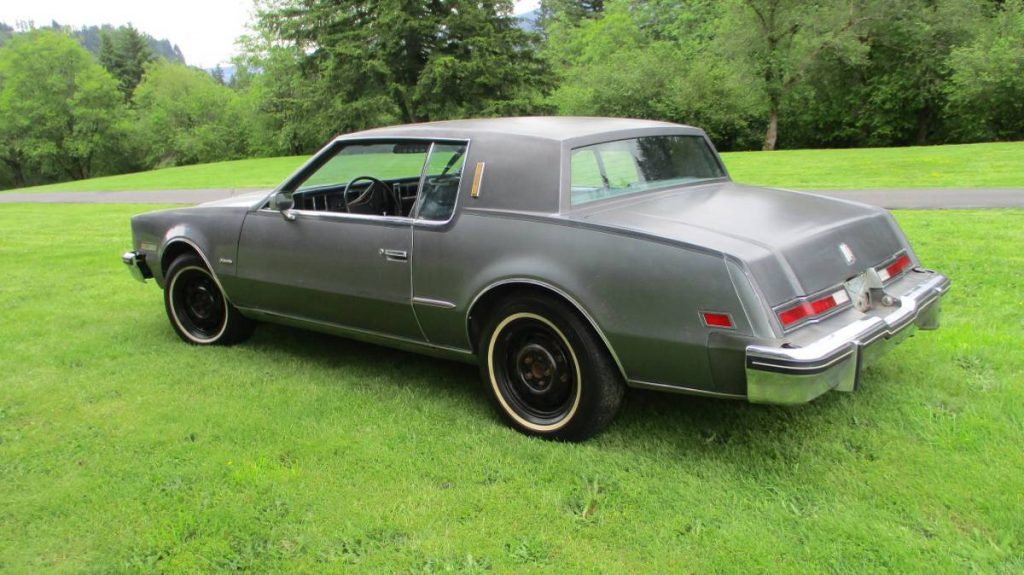 Runs/drives? Runs, but needs going through before driving

The Toronado was another first for GM, front wheel drive, and the first American car to power its front wheels since Cord back in the 1930s. It’s not the conventional transverse-engine setup we’re used to now; the Toronado’s V8 engine sits longitudinally, like a rear wheel drive car, and features a heavy-duty 2 inch wide chain as part of the drivetrain. It sounds weird, but it proved tough: the same drivetrain was used in the GMC Motorhome. 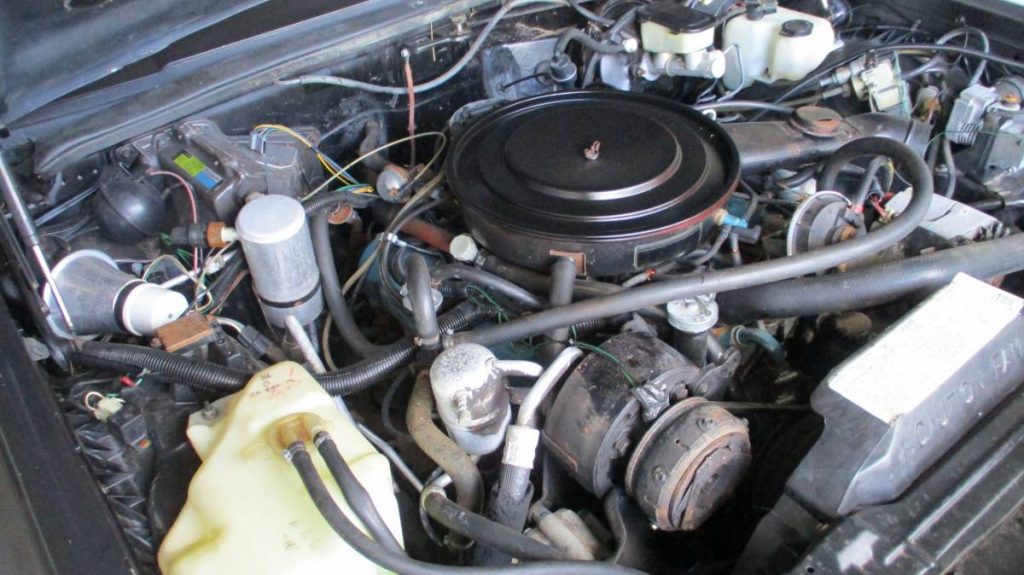 This third-generation Toronado isn’t the fire-breathing 455 Rocket-powered monster that the original was, but then, everything got slow in the late ’70s. Small, too; this car is about a foot and a half shorter than the previous generation. To make up for the lack of power and presence, Oldsmobile, like other automakers, cranked up the luxury, turning the Toronado into a comfy marshmallow of a car. 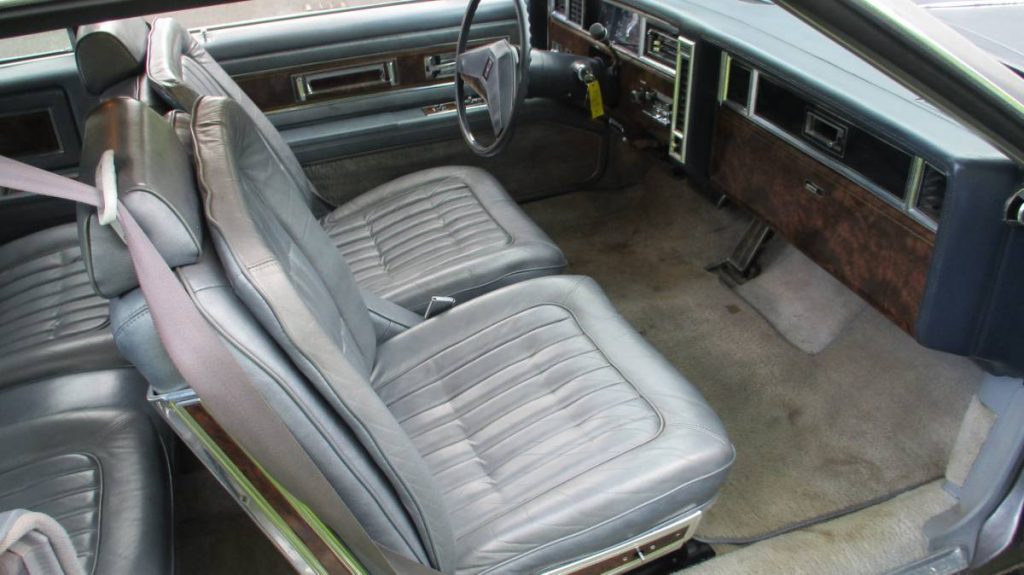 Look at that interior! Looks like a mighty nice place to be, to me. And the lack of a transmission hump/driveshaft tunnel makes it nice and open-feeling inside, too.

This Toronado sounds like that rarest of vehicles, an honest-to-goodness barn find. It hasn’t been registered since 1991, and has been sitting in a shed all that time. That means it slept through several Presidents, a couple of wars, Harry Potter, Stereolab’s entire discography, and the whole production run of GM’s Saturn marque. It missed a lot. I just hope they broke the news to it gently about David Bowie.

According to the seller, the 307 cubic-inch V8 starts and runs, but as it’s been dormant since Law & Order was a new show, some work needs to be done before you hit the road. New tires are definitely called for, as well. 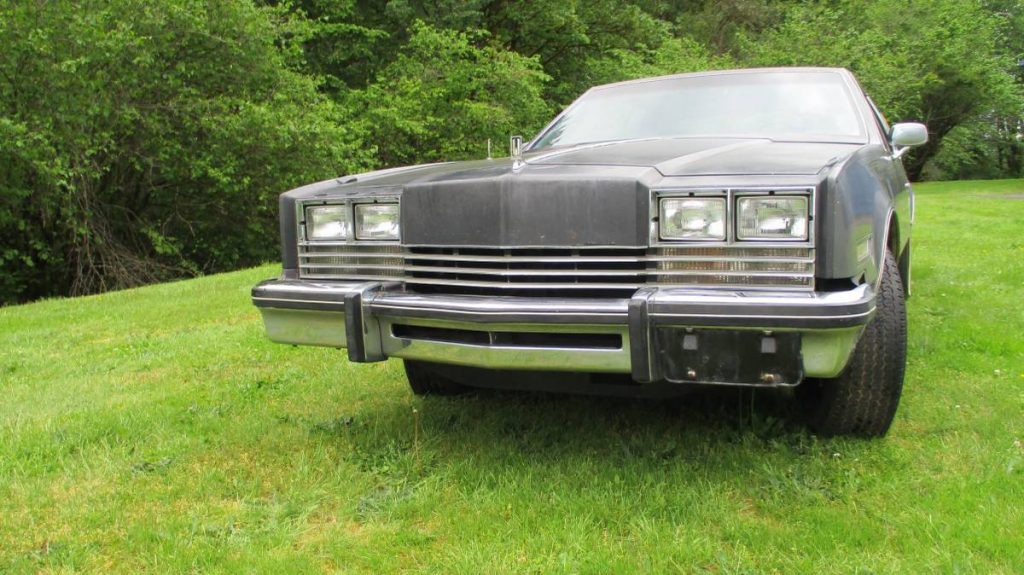 If American personal luxury coupes are your thing, this looks like a pretty great deal, actually. I expect this car to sell quickly, especially for $800. It’s not exactly a collector’s item, but it’s the nicest example of this generation Toronado/Riviera/Eldorado that I’ve seen in a while.

Throughout the 1980s and ’90s, and well into the 2000s, GM produced a lot of cars that were virtually indistinguishable except for the grilles and badges. In side profile, it was difficult to tell a Buick Somerset Regal from an Oldsmobile Cutlass Calais, for example, unless you knew what to look for. This redundancy in the models is what led GM to axe Oldsmobile, and later Pontiac, even though those two divisions produced arguably the most interesting versions of most GM cars.

The Silhouette was Oldsmobile’s version of their controversial “Dustbuster”-shaped minivans, introduced in 1990.  The model carried over to this second, tamer-styled generation of GM front-wheel-drive minivans. But honestly, until I saw this van for sale, I had completely forgotten that fact, which further illustrates Oldsmobile’s late-life identity problems. The Silhouette was too similar to other GM products’, um, silhouettes.

Inside, it’s a nice place to be, as befitting “the Cadillac of minivans.” I’ve written before about minivans making good beaters, because of their utility and relative comfort compared to SUVs, and that holds true here as well. Sure, it’s forgettable, but that just means everyone else will leave it alone.

Nice as it may be inside, under the hood this van needs a little help. It overheats after driving a short ways, which the seller believes is due to a failed electric cooling fan. (They’ve already replaced the radiator, water pump, and thermostat.) Shouldn’t be too hard to fix, if that is indeed the problem, and it sounds like it may be a common problem with these vans. But the low mileage and the overall condition make it worth fixing, if you can do the work yourself.

So there they are, two products of a marque that lasted more than a hundred years, and ended not with a bang, but a whimper. One looks like a nice cool cruiser after you’ve finished revoking its Rip Van Winkle status, and the other is a decent people/stuff hauler that just needs a little mechanical attention. Which one do you choose?