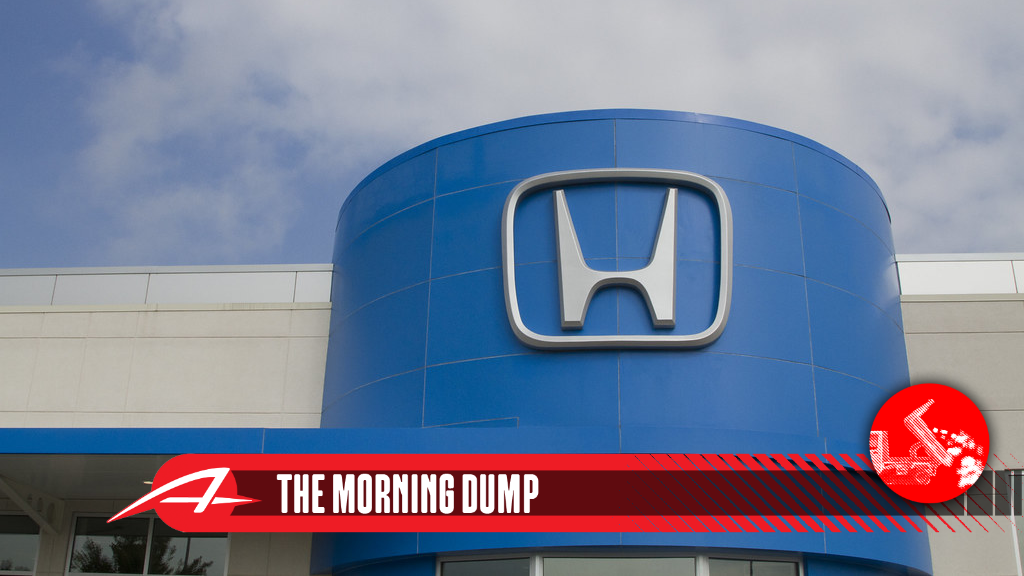 It looks like we’ll be waiting a little bit longer for supply chain shortages to ease in the automotive industry. Automotive News reports that according to Cox Automotive, monthly national new car inventory has been stuck around 1.1 million for six months on the trot. I know that 1.1 million new vehicles per month sounds like a lot, but it really isn’t anywhere near enough to satiate buyers’ demands. See, even at June’s supply of 1.1 million vehicles, we’re down 160,000 units over June 2021 and 1.5 million units over June 2020.

Now, I didn’t major in economics or even minor in supply chain management, but I’d imagine that people would be pissed if market supply of anything declined by around 57 percent. Could you imagine if 57 percent of Doritos just vanished? Every single house party would be in absolute shambles. Indeed, the new car market is in similar shambles, particularly as high fuel prices hike demand on efficient vehicles. However, despite tight supply of new vehicles, the used car market shows signs of easing values.

The Manheim index of used car wholesale values continued to fall through June, now sitting at its lowest level since last September. While wholesale values are still up 9.7 percent year-over-year, a 1.3 percent decline over last month isn’t exactly peanuts. More importantly, Manheim notes that Manheim Market Report (MMR) values for three-year-old cars dropped 2.5 percent over the past four weeks. However, late-model vehicle values falling doesn’t necessarily mean that values of old clapped-out project cars will fall. It seems that current market pricing relief is mostly out of lower consumer confidence. Hey, we’ve recently been bombarded with recession fear rhetoric, so response is likely a good thing. Besides, even if a recession doesn’t happen, wouldn’t a lower debt-to-income ratio be nice?

While many automakers have been committed to electric vehicles for years now, consumers weren’t so sure. EV consideration has been historically low in America, with most car shoppers clinging on to the low cost and solid infrastructure of internal combustion. Now though, things might be changing. Consumer Reports surveyed 8,027 Americans regarding electric vehicles, and the results are enlightening to say the least.

According to the survey, 14 percent of respondents said they would definitely buy an EV, while 22 percent said they’d strongly consider buying an EV. On the other end of the scale, 28 percent of respondents said they wouldn’t consider buying an EV. Hey, it finally seems like EVs might have traction with American consumers. However, arguably even more important than surveying EV adoption is surveying what consumers want in a car, and this survey implies that many automakers are sending out the wrong messaging. See, the fourth question on the survey let respondents pick up to three of eight desired traits in a car. Care to guess what was far and away the most popular pick?

At 54 percent, more respondents desired “The vehicle’s power and performance” than any other trait. Of equal importance, “Emotion (how the car makes you feel when you drive)” takes fourth place behind carbon footprint reduction and design. The death of driving is greatly exaggerated, people! Honestly, this is a fantastic sign for the Porsche Taycan, Ford Mustang Mach-E, and any other EVs with performance cred. The people still want great-driving cars that go fast. Hell yeah.

Look, I don’t have to tell you that paying subscription fees for hardware already built into your car is absurd. Remember when BMW tried putting CarPlay on a subscription plan and everyone chewed them out so hard that owners got refunded? Well, it seems like the Bavarian automaker hasn’t learned its lesson because CarBuzz reports that terrible subscription features have been rolled out in Korean-market BMWs starting this month.

So, what sort of features are available via subscription? Well, heated seats work out to roughly $18 per month, while a heated steering wheel comes out to around $10 per month. Want advanced driver assistance? That would be roughly $38.95 per month. Of course, some of these stupid subscriptions get discounts when bought for a year or three. Heated seats clock in at $176 per year or $283 for three years. While that’s cheaper than month-to-month, it’s still ridiculous considering heated seats don’t require internet access to work and the hardware is already built into the vehicle. I reckon that in due time, enterprising aftermarket companies will be able to bypass BMW’s paywall, but the whole thing just seems ridiculous. Automakers, stop making built-in hardware a service.

It’s no secret that Ford’s tiny Maverick pickup truck is hot right now, but usually a hot car doesn’t mean it could self-immolate. Still, Ford’s recalled a whole bunch of vehicles packing the 2.5-liter four-cylinder hybrid powertrain over risk of vehicle fires. So what’s going on here? According to Reuters, here’s what Ford said about the recall.

In the event of an engine failure, significant quantities of engine oil and fuel vapor may be released that could accumulate near ignition sources, resulting in a potential under-hood fire.

I mean, let’s be honest, setting things alight after enrolling a rod or two in astronaut training is a known risk for most cars. CNBC reports that Ford had some machining issues with the 2.5-liter hybrid engines that resulted in a failure rate of 0.17 per 1,000 vehicles on models with affected engines, so it seems like this recall may be quite necessary indeed. The fix consists of alterations to grille shutters and underbody shields, and is reportedly coming to around 100,000 electrified 2020-2022 Ford Escape compact crossovers, Ford Maverick small trucks, and Lincoln Corsair premium compact crossovers. Owners are expected to be notified of the recall starting Aug. 8, so until then, Ford says it’s find to just carry on.

Whelp, time to drop the lid on today’s edition of The Morning Dump. Happy Monday, everyone! Apologies for being away on Friday, nearly half of Canada lost internet and cell reception, and remaining networks slowed to a crawl. Trying to find a Starbucks that was empty enough to support high-res image downloads was an absolute nightmare. Worse still, our banking network largely went down, with ATMs and debit card readers out of commission. Shout-out to Jason for holding it down, I definitely owe him a drink after that weird national connection emergency. Anyway, while the internet was down, I saw this.

Have you ever seen a weirder car carrier in your life? Anyway, let’s play a game. You have to consolidate this car carrier down to as few vehicles as possible. What sort of shenanigans would you pull? Maybe you’d take a sawzall to the Smart Fortwo in order to make the dune buggy body fit. Maybe you’d stretch the 917 replica body over a Fiero to create a Poorsche of sorts. Maybe you’d keep it simple and make one nice Fiero from two. Whatever the case, I’d love to hear your hypothetical plans.