Some weird news about electric vehicle startup Rivian has permeated the blogosphere, and since I’m generally pro-weird-news, I figured I’d share it: Rivian’s allegedly got bugs, folks. Not just in its software, but also in its forklifts. What, you’ve never heard of forklift bugs? Neither have I. Like I said, it’s weird.

“Rivian details actions taken after reports of bugs found in manufacturing plant,” reads the hedline by Illinois-based news site 25 News. Illinois is home to the town of Normal, which houses the former Mitsubishi plant that Rivian is using to build its R1T pickup and R1S SUV. The article begins by stating that forklifts at the manufacturing plant have reportedly been found to have bedbugs. From the news story’s discussion with Rivian spokesperson Zach Dietmeier:

Out of an abundance of caution, all the forklifts in the affected area have been quarantined and treated. As a preventative measure, we are also treating all others forklifts and tuggers this weekend.

As a preventative measure, we have treated the transportation shuttles. (There have been no signs of bugs in the shuttles.)

Although we have found no bugs in the warehouses, all warehouse spaces will be treated by the end of the week as a preventative measure.

The pesticide used to eradicate the bugs is 100% effective and safe for people. This use has gone through our formal chemical approval process.

Illinois-based news site The Pantagraph has a photo of a forklift with a plastic cover over its seat, and some quotes from employees:

One worker described seeing multiple forklifts parked on Tuesday with signs that said “Bedbugs, Do Not Use,” and plastic bags over the seats.

I will admit that I’m a bit confused on how the forklifts got involved in all this. I mean, aren’t most forklift seats typically foam covered in some kind of plastic/vinyl? Do bedbugs hide in that?

[Editor’s Note: This is the part that really got me: what, exactly are these bedbugs hiding in? I’ve been around forklifts plenty (I do have a social life, you know) and they may be the least plush vehicles I can think of this side of a rusty tractor with one of those metal seats that looks like a collander. Does Rivian have special forklift seat covers that look like this?: 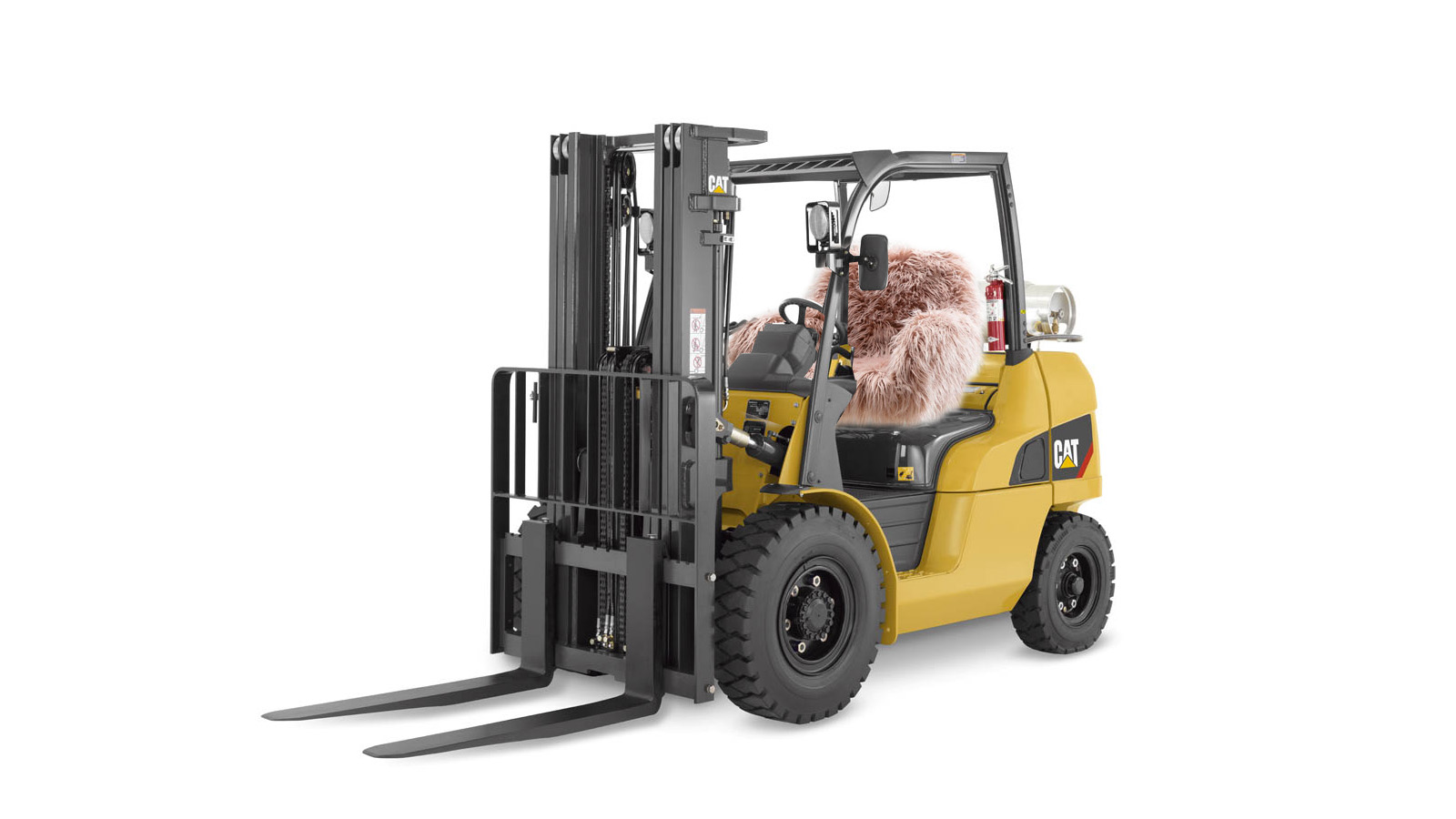 ..because that’s the only way I can imagine this happening. – JT]

The quarantined forklifts (again, it feels weird typing that) are apparently only limited to part of the facility, though it could be a big deal if the end up in production vehicles. And, it’s worth noting that Rivian has yet to admit to having found any bedbugs.

Bedbugs are no joke. Back when I lived on the east side of Detroit in West Village, I had to live with some fellow Chrysler engineers while my apartment was fumigated. After I moved back in, bedbugs would wait until I fell asleep, then crawl out of the baseboards, along the floor, up the bedframe, over my covers, and right down my shirt, biting me and leaving me with marks in the morning. By the time I woke up, the bastards were nowhere in sight (save for an occasional one I rolled over). That’s what makes bedbugs so horrible — their stealth. It’s like a ghost is sucking your blood while you sleep, and it can have deep psychological effects. I was forced to move away. I never did get my safety deposit back, but I didn’t care. I was desperate. I needed out.

Anyway, bugs are just a part of managing any big facility, especially one that is occupied by lots of people. Bedbugs tend to be a huge problem in inner-city homes; I really feel for the folks who live there, and as for whatever’s going on in Normal, Illinois — I just hope whatever the heck this is gets solved so people don’t have to deal with what I dealt with. It’s rough.