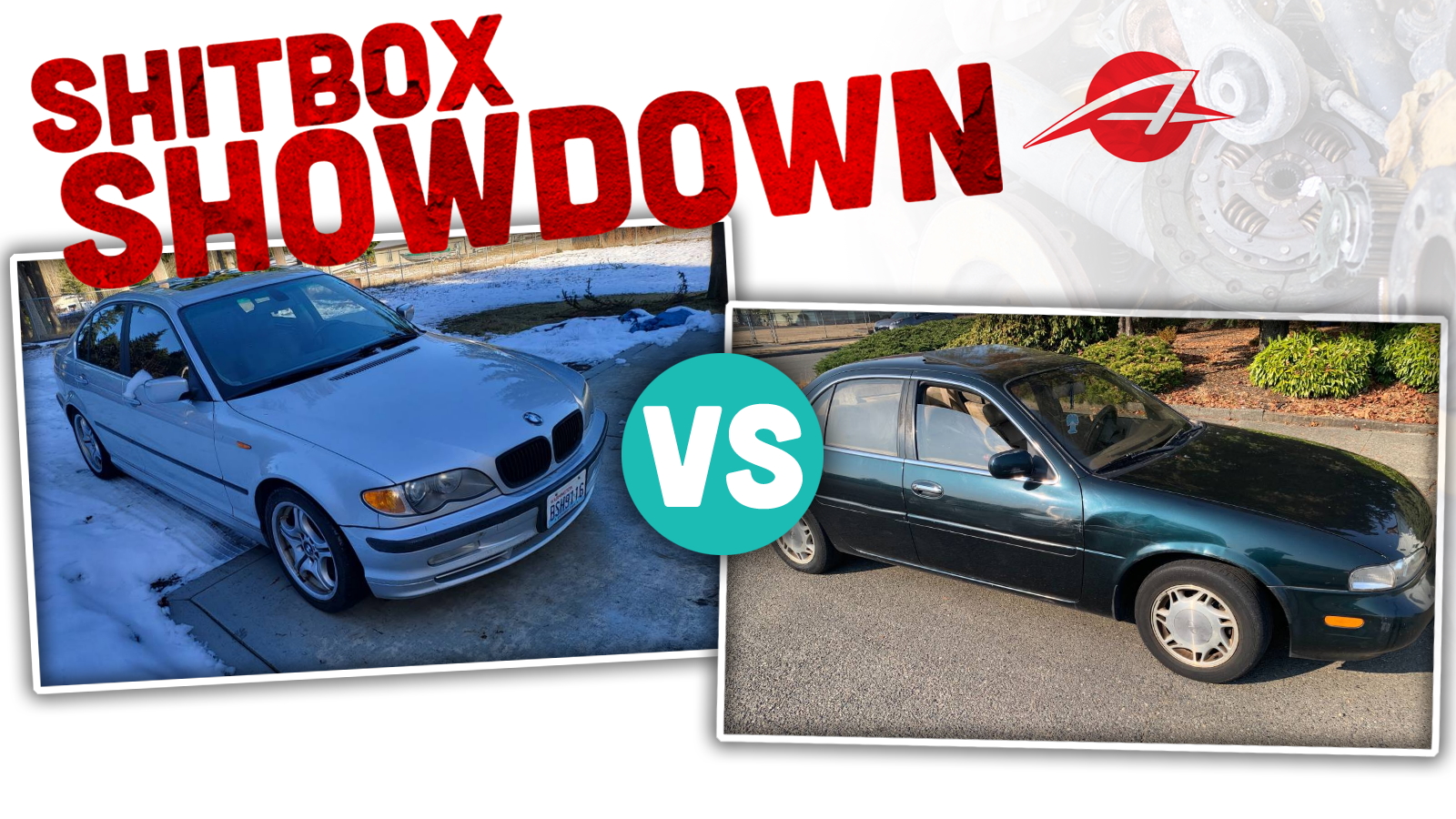 Welcome back to Shitbox Showdown, where we indulge in budget-limited automotive fantasies. Today, let’s talk about modest aspiration. Quartz countertops, not granite. Well-made jeans that fit just right, not designer denim. A very comfortable office chair, not a Herman Miller. Things that make our lives a little bit nicer, despite not being the most lavish options on the market. Extending this philosophy to cheap cars, let’s looking at two depreciated luxury sedans that aren’t exactly flagships. Sure, they’re quite a bit nicer than your average used car, but they shouldn’t inflict the pain of owning a BMW 7-Series of Mercedes-Benz S-Class. Before we get to that, let’s take a look at how our rather sensible battle from yesterday played out. 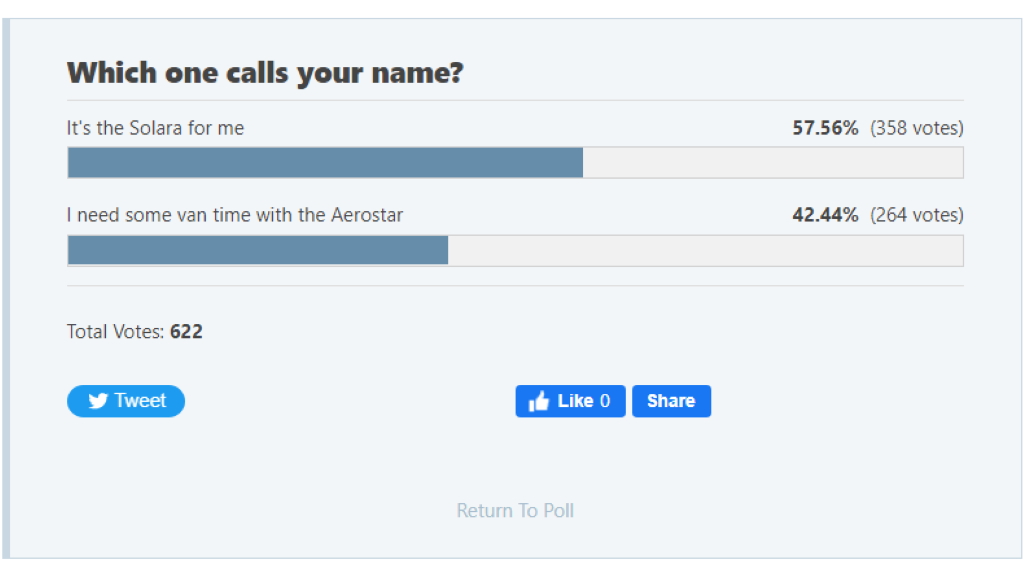 While the unusually clean Aerostar put up a good fight, it’s clear that it’s hard to find a better used car at any price than a Toyota Camry. With sleek styling and luxurious accouterments, it’s no surprise that the Camry Solara SLE V6 walked away with the win. Score one for Canada, as this thing was assembled right down the road from me in Cambridge, Ontario. Anyway, today we have two cars from brands I’ve actually owned. One German, one Japanese, both packing rather good value. Whether your inclinations lean towards sport or comfort, there’s something here you should find appealing. 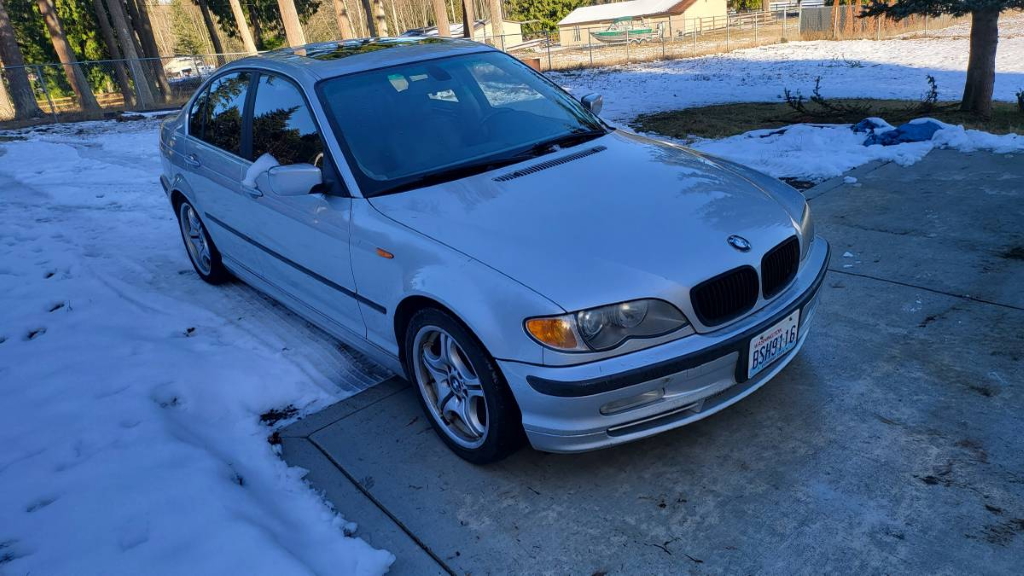 Welcome to the archetypal early-aughts sports sedan, the E46 BMW 3-Series in reasonably quick 330i form. I’ve never really been a fan of the E46’s styling, although I will admit that they’re rather nice cars to drive. Sure, the steering on early models was far too light, but that was fixed by the time this 2002 model rolled around. Nowadays, these things are cheap as chips, making them rather good value on the used car market provided you’re handy with a wrench. 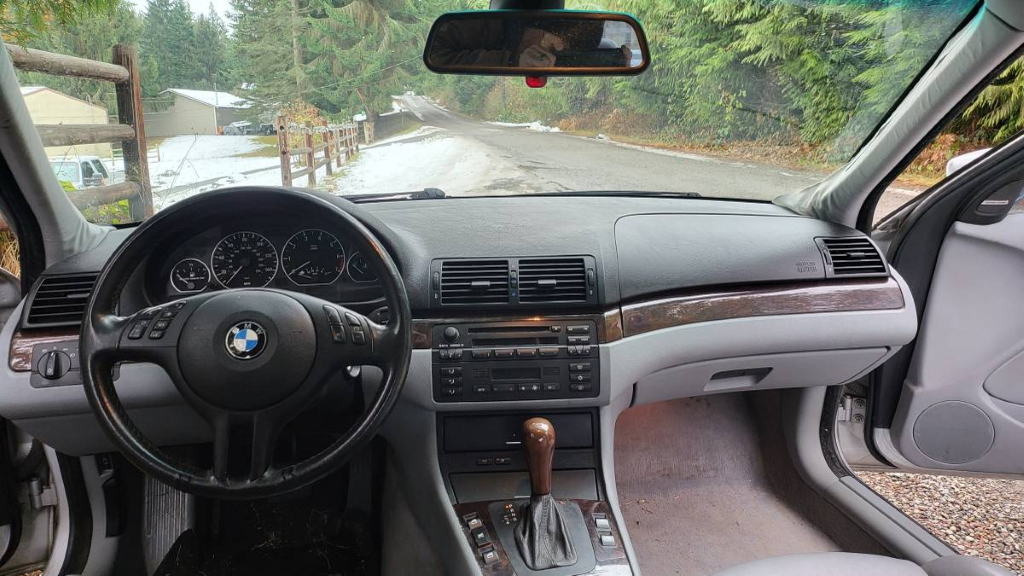 Motivating this 3-Series is BMW’s M54B30 three-liter inline-six making 225 horsepower and 214 lb.-ft. of torque. Stout figures, even if they aren’t massive by today’s standards. As is quite popular in North America, this 330i packs a five-speed automatic gearbox, although the original owner had the good taste to opt for rear-wheel-drive. However, not all is mechanically well with this E46. The owner indicates that it’s suffering from power steering problems and will likely require a new steering rack. 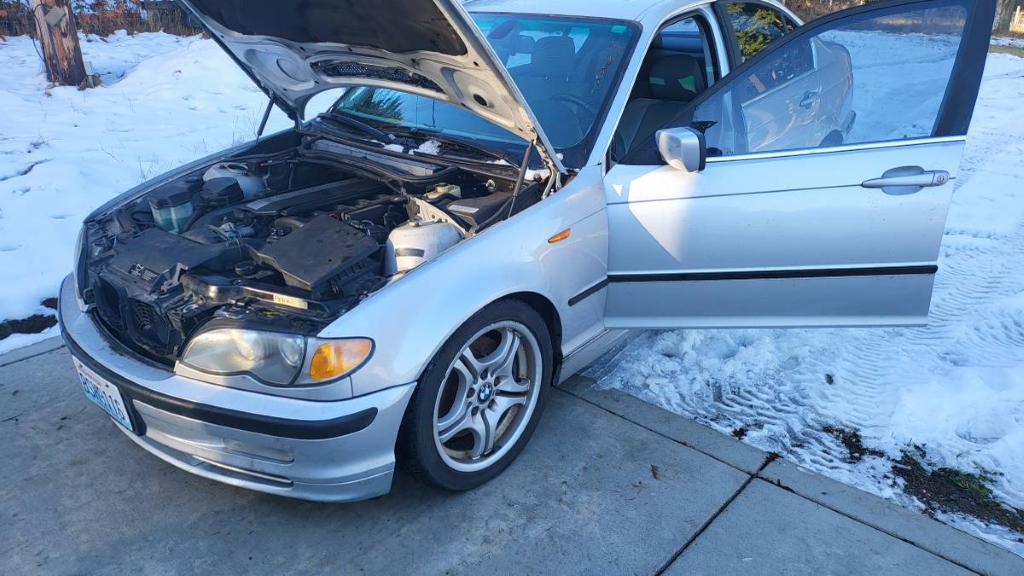 On the outside, something immediately seems off about this 330i. Despite being a facelifted model, it’s rocking a pre-facelift front bumper, meaning it’s likely been in a light shunt before. In addition, we don’t have any pictures of the rear so at least one quarter panel could be a total mess. On the plus side, the headlamp lenses don’t look hideously yellowed and the unpainted plastic trims seem gloriously untarnished, indicating that someone has likely cared for this thing. 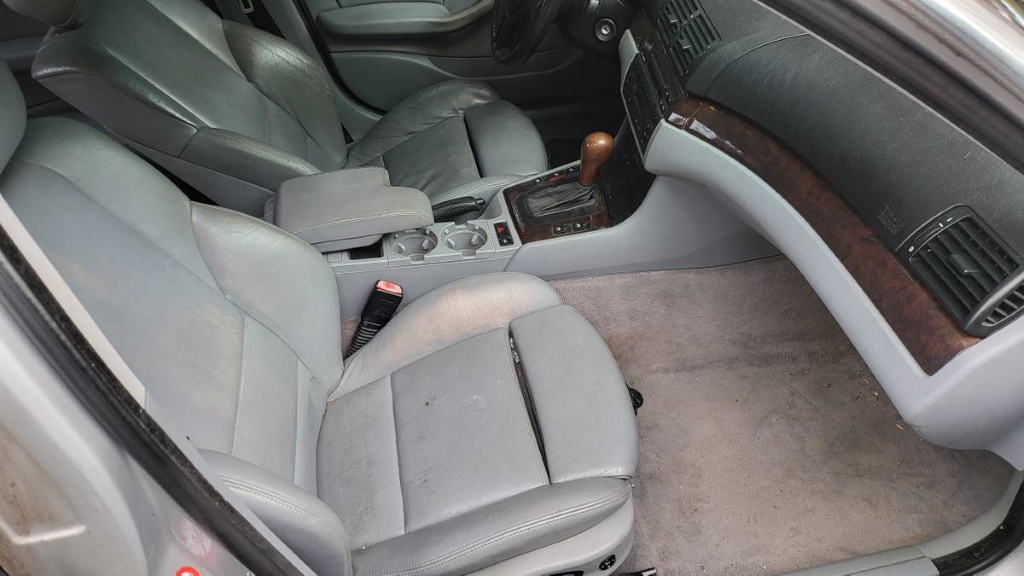 This looks to be a fairly high-specification 330i equipped with such niceties as the sport package, leather seats, and xenon headlamps. That sport package gets you sport seats with adjustable thigh support, sports suspension, a sports steering wheel, and a tasteful set of staggered 17-inch alloy wheels. Mind you, you can’t have it all on a budget, as evidenced by the Dove Grey upholstery. Still, at least the seats are wonderfully supportive and the original head unit hasn’t been tampered with. 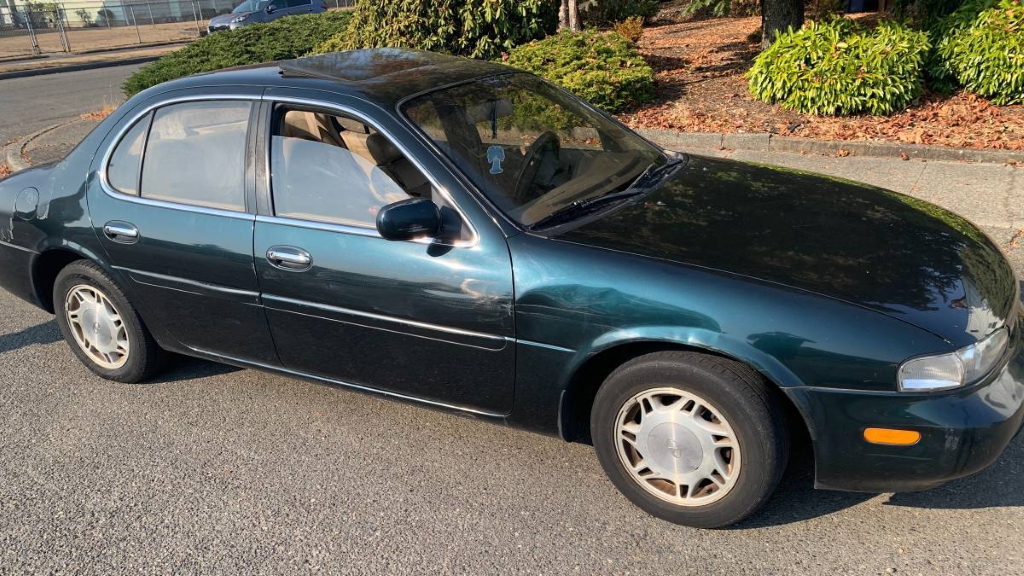 The Hyundai Ioniq 6 won’t appear on dealership lots until next year, but you can score a car with similar streamliner-inspired styling today for a much lower price tag. I’m talking about the Infiniti J30, a forgotten yet incredibly cool Japanese luxury sedan of the ‘90s. Infiniti intended for this thing to go toe-to-toe against the Lexus GS, something that never quite happened. Due to financial difficulties, the J30 was eventually phased out with no direct replacement. That’s a bit of a shame, as the extroverted styling and plush interior made for something really special. 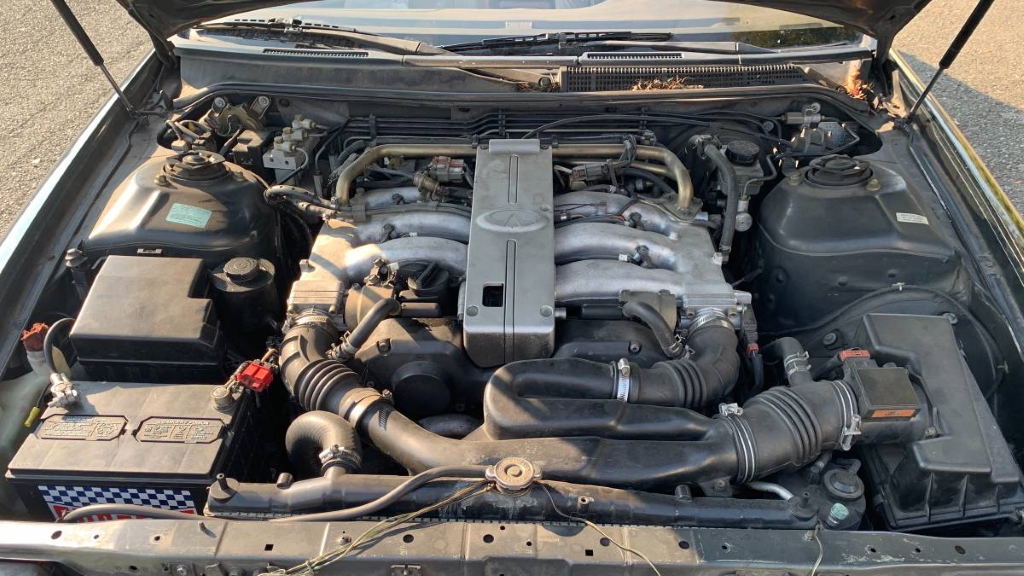 Powering the J30 is Nissan’s VG30DE three-liter naturally-aspirated V6, exactly the same lump as you’d find in a 300ZX. Despite the 210 horsepower and 192 lb.-ft. of torque, the J30 isn’t actually that quick, saddled with a four-speed slushbox and a curb weight north of 3,500 pounds. Still, because of the V6 and rear-wheel-drive, manual swap options are out there if you really want to turn this thing into a sports sedan. As far as mechanical catches go, it’s parts support rather than need of immediate repair that you have to look out for with this thing. Stuff like dampers are hard to find and often either expensive or no longer available, a bit annoying when trying to keep this slice of magnificence on the road. On the plus side, the bones are fairly reliable, so expect repair bills to be relatively few and far between. 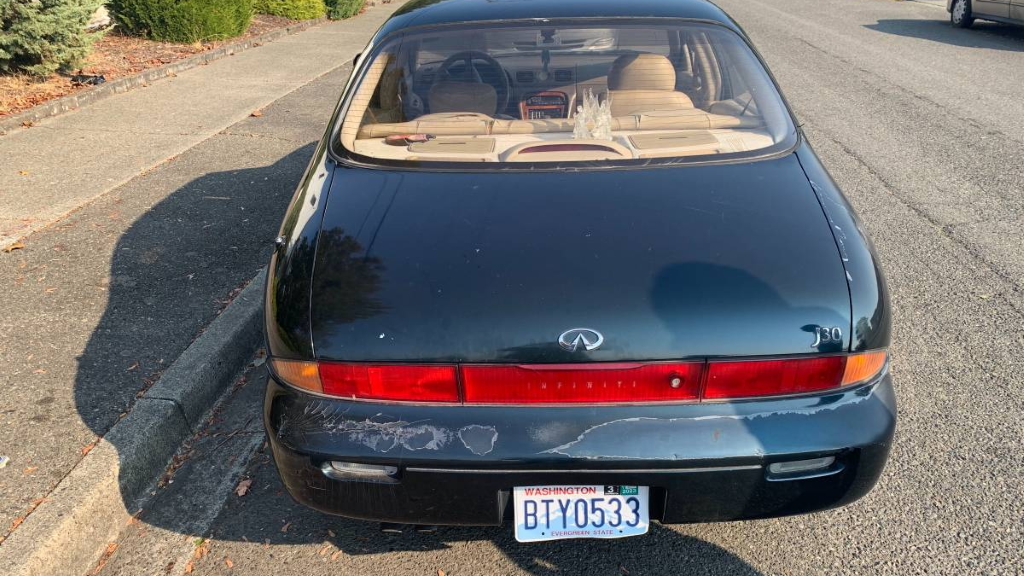 On the outside, this J30 appears quite clean save for one mismatched wheel, a lightly-damaged rear bumper, and some clearcoat peeling on the rear bumper and the edge of the quarter panel where it meets the trunk. A touch of filler and paint, a good polish, one junkyard-sourced alloy wheel, and this thing should be an awesome 15-footer. Kudos to the original owner for opting for an actual color with some intensity, the metallic in the Black Emerald paint still pops more than a quarter of a century later and really showcases the J30’s polarizing lines. 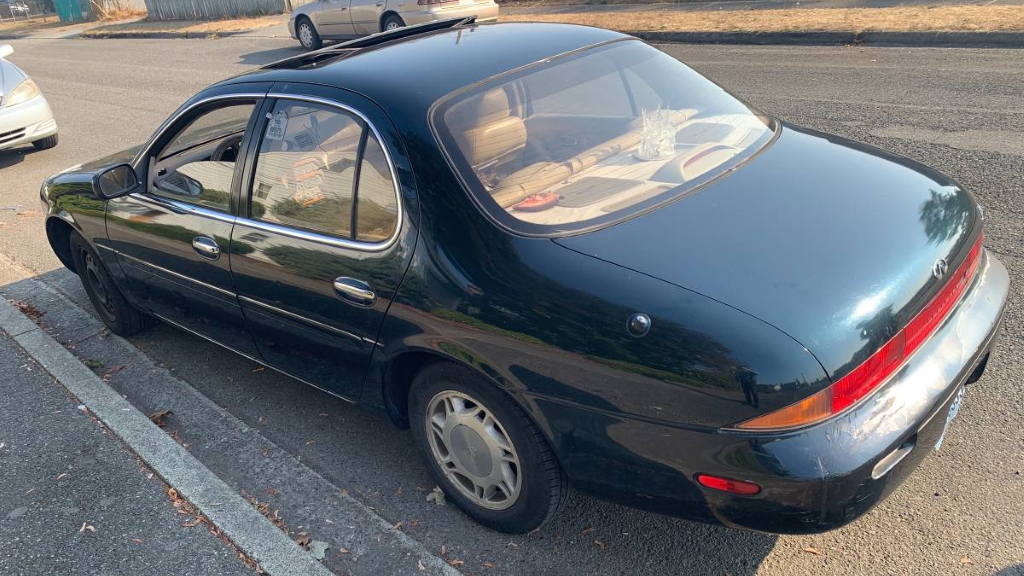 While the classified ad for this thing doesn’t include any interior pictures, the J30’s cabin was a rather magnificent thing. Not only did it get real wood trim, it also featured a massive analog clock, leather upholstery, and all the electronic gadgets you could want for 1995. Despite having many years and miles on the clock, this is still a luxury car through and through.

So there we are, two depreciated luxury sedans that each offer up a slice of the sweet life. One might need a new steering rack, the other might need some time to hunt down repair parts, but neither should be flagship-like nightmares to own. As ever, choose wisely.

Thomas is a Nu Rave-blaring, heel-toe downshifting, maple syrup-swilling, chassis-geeking, junkyard parts-hauling, floppy-haired scenester who's been writing about cars since college. His current ride is a 2006 BMW 325i with the six-speed manual gearbox. Instagram: @thomas.hundal Twitter: @thomashundal
Read All My Posts »
PrevPreviousThe Little Prinz’ Balloon Lawyer: Cold Start
NextThese Are The Only Two Small SUVs That Did A ‘Good’ Job Of Protecting Rear Passengers In New IIHS TestNext