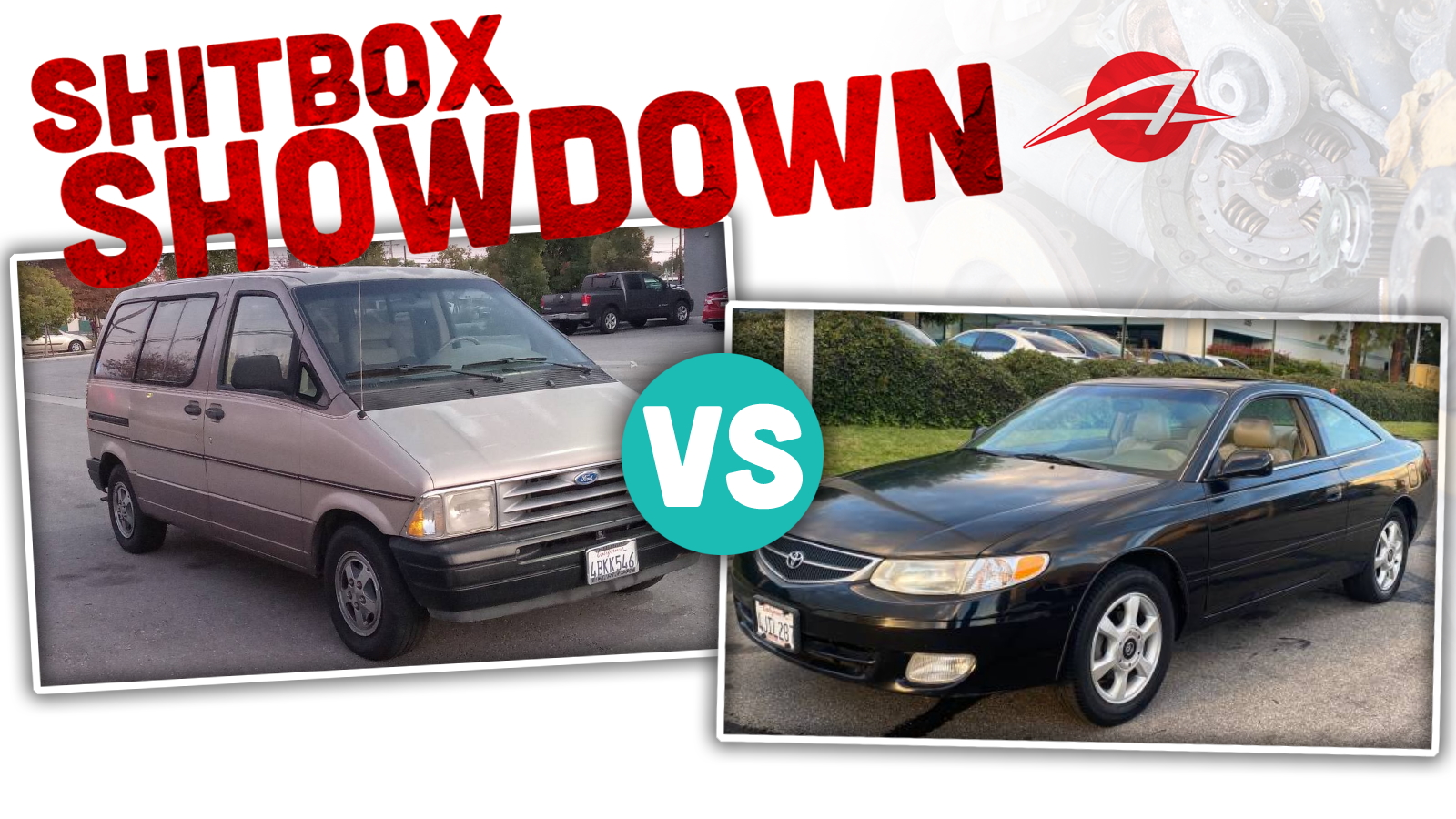 Welcome back to Shitbox Showdown, where we act like we have infinite space to adopt used cars. Today, we’re jetting off to the west coast in search of some decent cars in decent shape. Oh yes, we’re going sensible for a minute. But first, let’s have a look at how our Aussie showdown went. 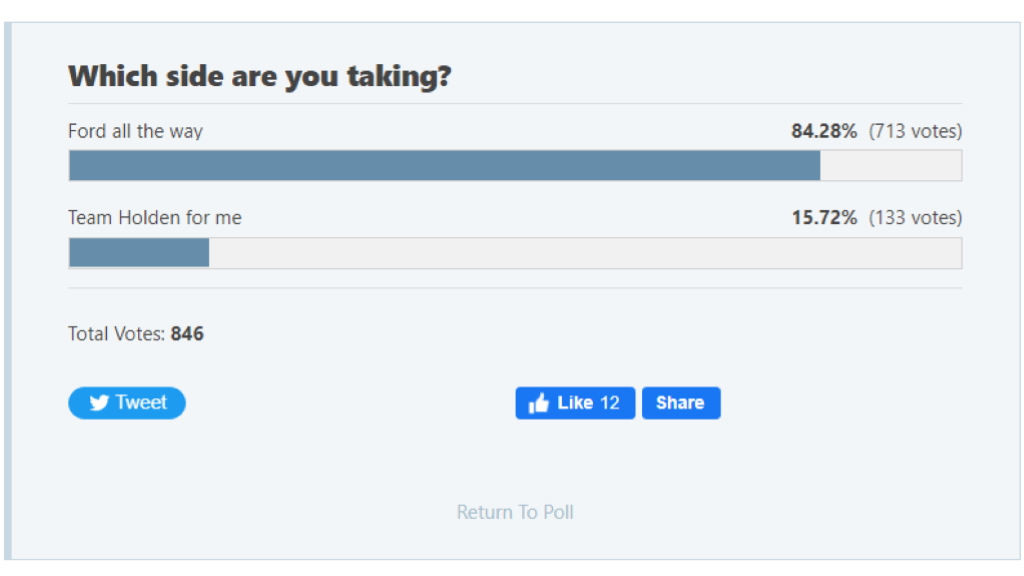 Perhaps unsurprisingly, the Falcon has smashed it out of the park. Not only does it look much cleaner than the Commodore, it’s in desirable S trim and packs a modern five-speed manual gearbox. Anyway, welcome to Los Angeles, a place where everyone is someone and old cars seem to just keep living. Lack of road salt and moisture means that old cars out here are often structurally sound, making them great choices for fly-and-drive adventures. What better to fly-and-drive than cars that pack reliable reputations to make it all the way back home? Yes, we’re temporarily ditching the excessively sketchy tat and going for genuinely usable and interesting cars. 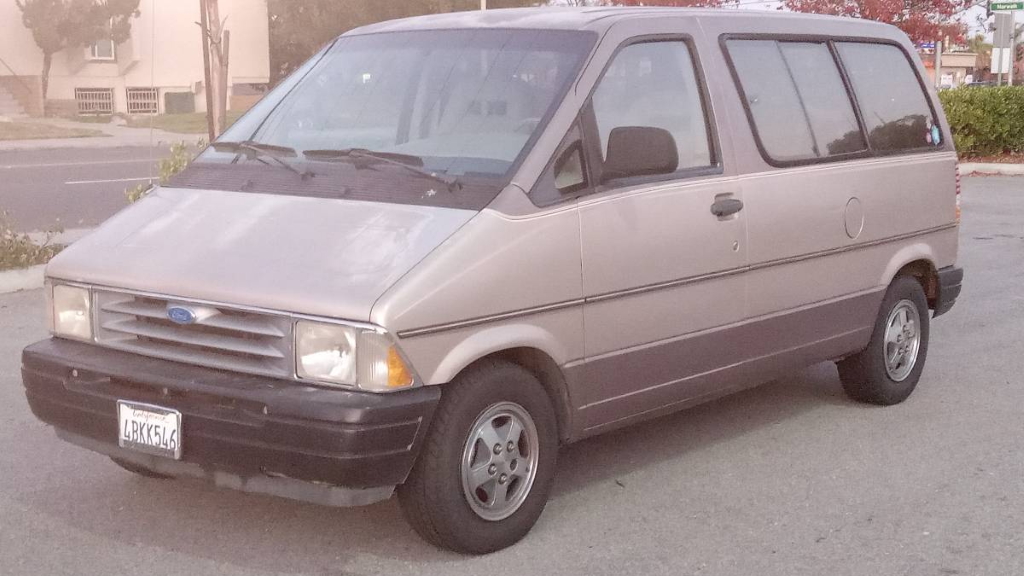 After having been beaten to the punch by the iconic first-generation Chrysler minivans, Ford needed to cook up something with some serious family appeal. It landed on the Aerostar, a sleek garageable van with a respectable maximum towing capacity of 5,000 pounds. Ford even compared the van to the Space Shuttle in ads, a campaign that had to be pulled due to sad and obvious reasons. Despite the Aerostar never achieving the same success as the Chrysler vans, it’s still bristling with suburban nostalgia. 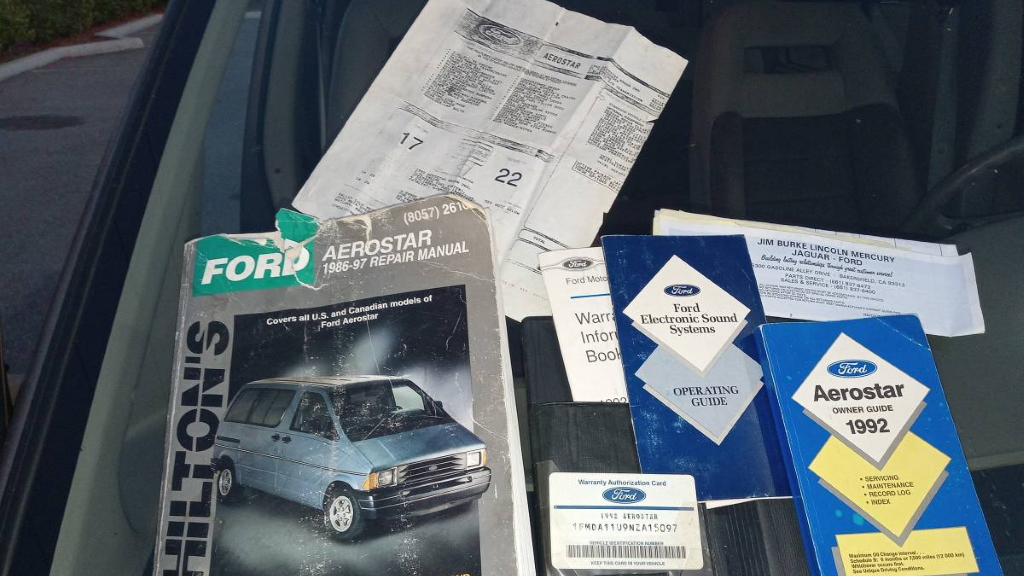 While the Aerostar packed an array of nifty available drivetrain choices, this one seems fairly standard. Packing a three-liter Vulcan V6 mated to a four-speed automatic gearbox, this low-tech 145-horsepower lump will keep plodding away until the heat death of the universe. Unfortunately, the A4LD automatic gearbox doesn’t have quite the same stellar reputation for reliability, but it’s a fairly cheap gearbox to rebuild in the event that something does go wrong. 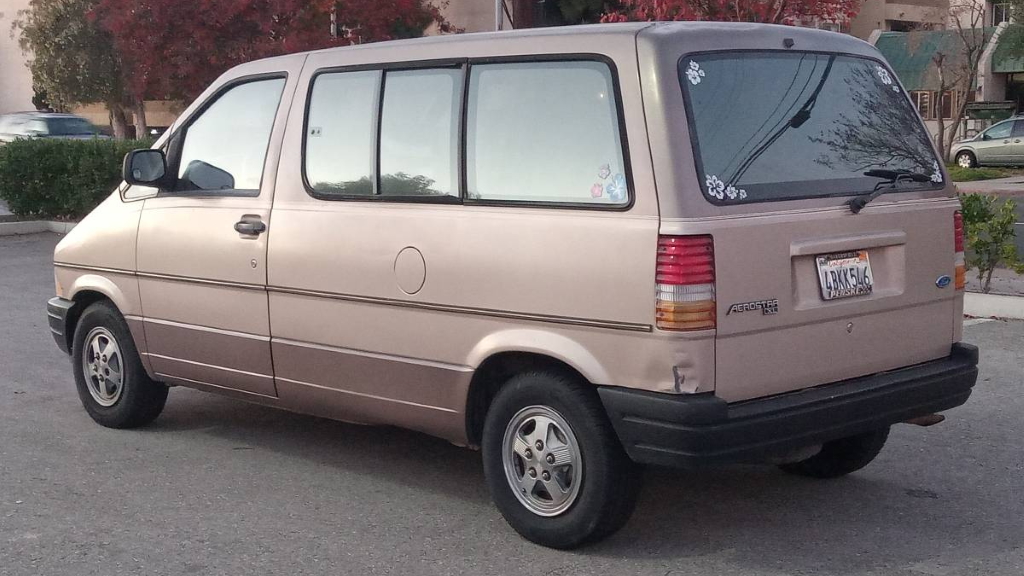 From a quick glance of the classified ad, it looks like this Aerostar was well and truly loved. The owners had thought to save a copy of the window sticker and keep a Chilton’s manual on hand for DIY servicing. Sure, the clearcoat looks a bit faded and there’s an unsightly gash on the left rear corner, but that looks to be all the exterior imperfections on this remarkably well-kept family hauler. 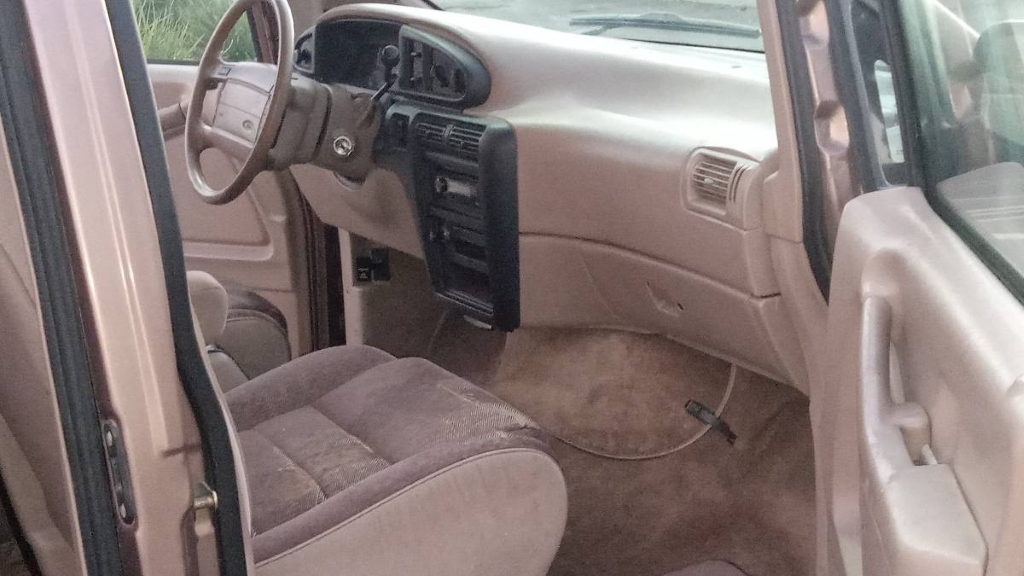 Things look pretty good inside the Aerostar as well, with a bolster tear on the driver’s seat and a grubby steering wheel being really the only indications of this van’s age. The dashboard looks to have survived the SoCal sun, the rear seats look to have survived life as a family vehicle, and the whole thing just looks grand. As it should with a mere five digits on the digital odometer. Even the air-conditioning is said to work, which means that this thing should be ready to roll. 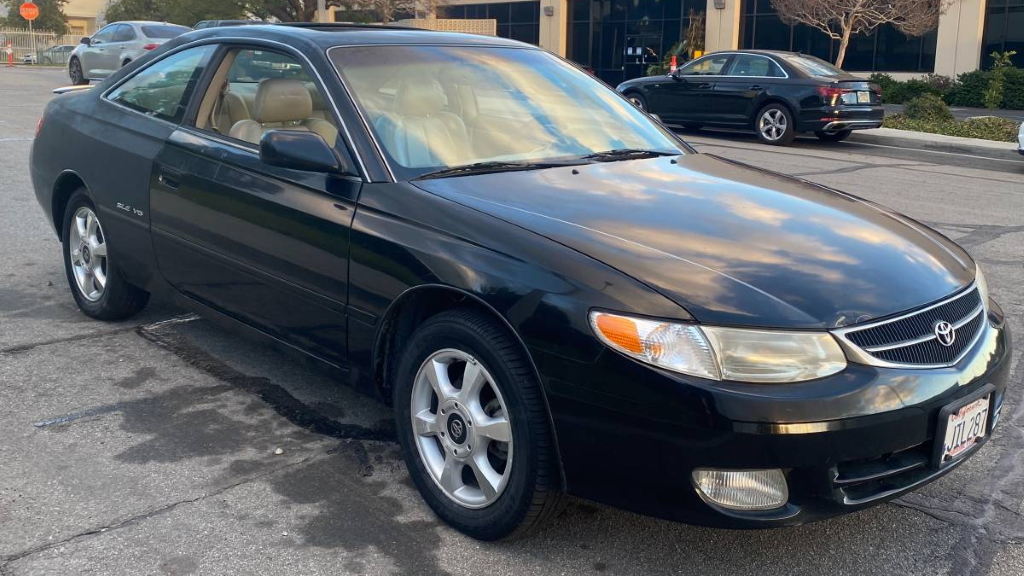 While a low-mileage Ford Aerostar is very cool, maybe you’re in the mood for something more performance-oriented without venturing into the zone of questionable reliability. No problem, the Toyota Camry Solara should be just the thing. Not only does the Warren J. Crain styling of this first-generation Solara hold up well, it’s an SLE V6 model, so it gets such treats as perforated leather upholstery, automatic climate control, and a 200-watt JBL audio system. 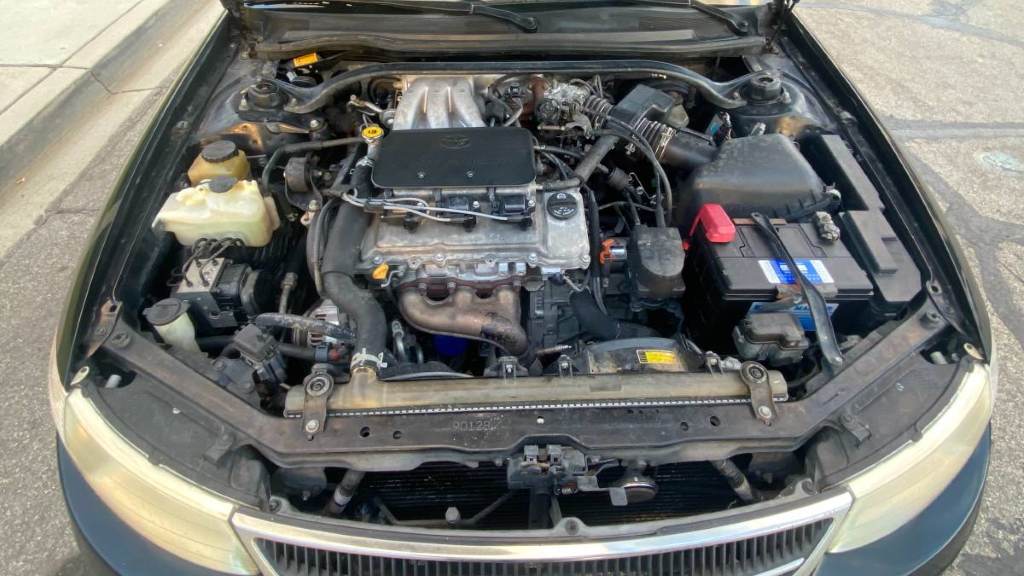 The three-liter 1MZ-FE in this Camry Solara is still one of the smoothest V6 engines ever fitted to a production car and puts out a very respectable 200 horsepower and 214 lb.-ft. of torque. While some owners have experienced sludge on this particular engine, frequent oil changes are often enough to keep the nastiness at bay. Power goes to the front wheels through a fairly robust four-speed automatic, not exactly the most engaging gearbox but certainly a smooth one. We’re looking at a genuine double cream personal luxury coupe here with power to cruise at 80 mph all day. 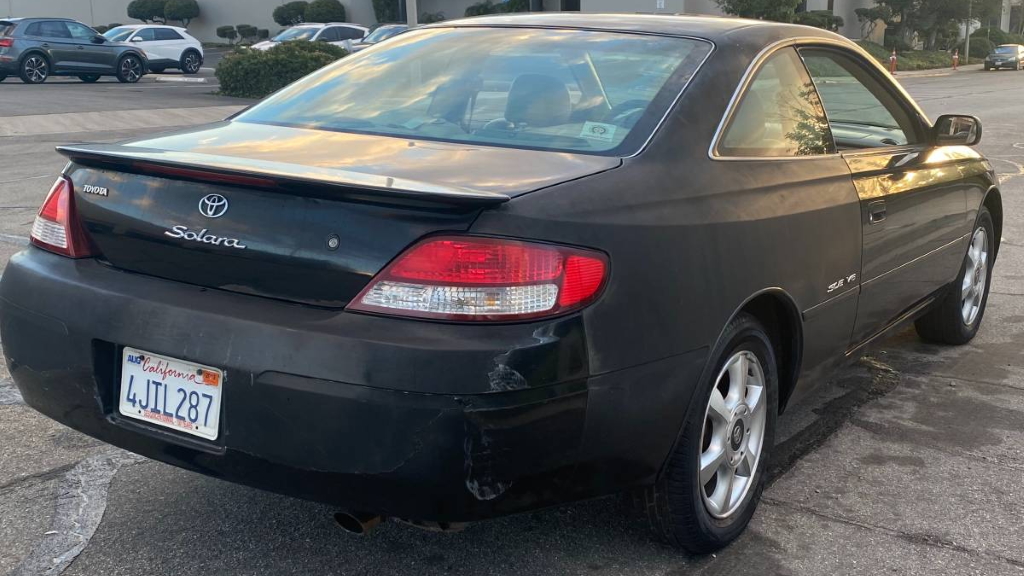 On the outside, time hasn’t been saintly to this Camry Solara. The condition of the paint on the rear bumper and right quarter panel is quite poor, suggesting rear corner damage hiding in this car’s history. Still, it’s worth wet-sanding to see if any shine can be brought back, and a clean title is generally a good sign. On the plus side, the rest of the paint appears to be in decent shape for the car’s age, and the sunroof seems to work, perfect for crafting a vibe. 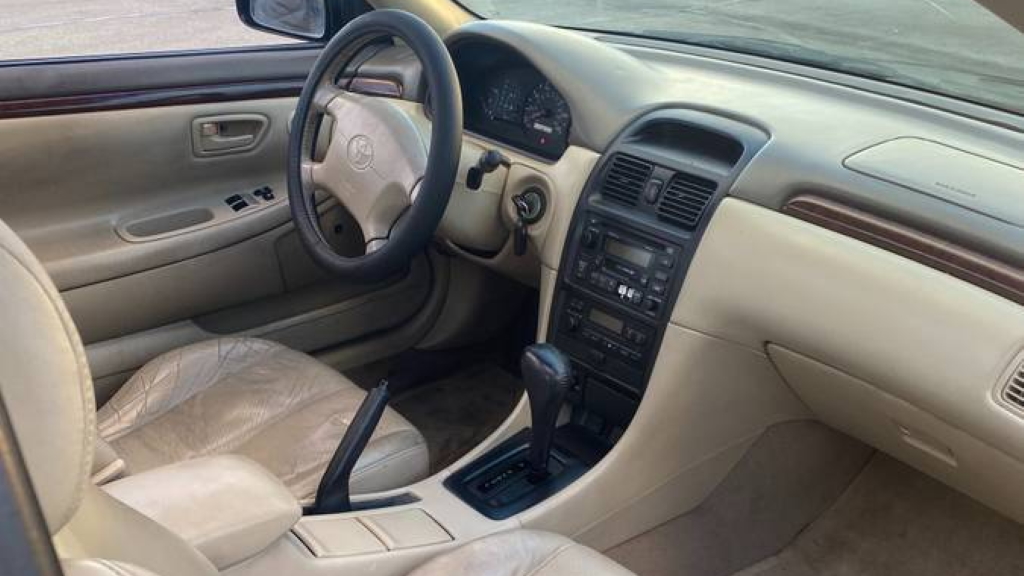 Move to the interior and the news gets quite a bit better. The leather seats and plastic panels all look to be in great shape considering the car’s age, with the rear seat looking as if it’s hardly ever been used. The factory head unit hasn’t been unceremoniously chucked in the bin, and even the cup holder lids seem to be working as intended. Plus, take a look at how nice that carpet looks. What’s more, the seller states that the air-con blows cold, meaning you should be set for comfortable motoring behind the wheel of this stylish Camry.

So here we are, two no-nonsense rides that should prove to be practical daily drivers with reasonable reliability. One’s a surprisingly well-kept van, the other is the pinnacle of the Camry circa 2000. As ever, choose wisely.

There Was A Time When You Could Get A Ford Minivan With Rear-Wheel-Drive And A Manual Transmission: Holy Grails

Thomas is a Nu Rave-blaring, heel-toe downshifting, maple syrup-swilling, chassis-geeking, junkyard parts-hauling, floppy-haired scenester who's been writing about cars since college. His current ride is a 2006 BMW 325i with the six-speed manual gearbox. Instagram: @thomas.hundal Twitter: @thomashundal
Read All My Posts »
PrevPreviousLet’s Turn This Old Brochure Pic Into A Caption Game: Cold Start
NextDonkervoort F22: Some Fascinating Details On This Five-Speed, Five-Cylinder ScreamerNext